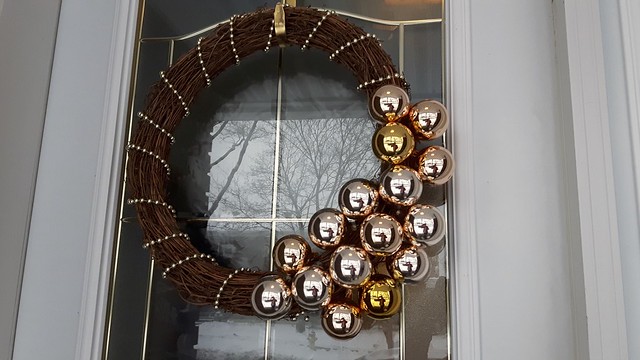 As you may know, I like making wreaths. Most of ’em tend to be of the ephemeral type, not lasting more than a season so that I have justification in making new ones later on. Somehow though I have ended up with a few in storage … not that this will stop me from making yet another one. It’s officially December, so I think it’s time. 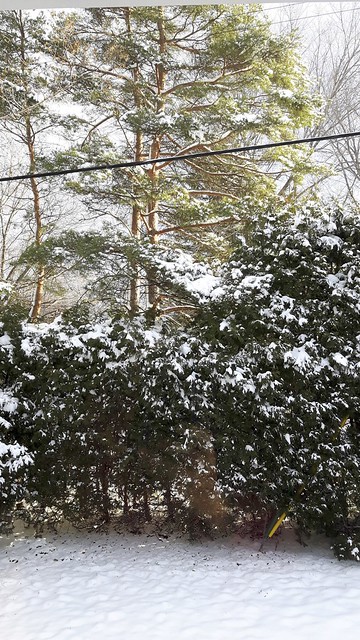 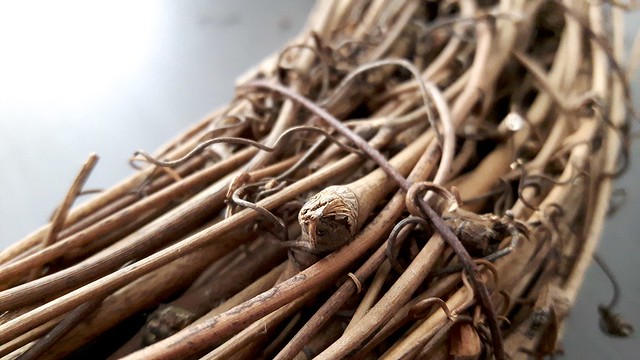 The one for this year is inspired by the super 1980s brass trim on my front door, and by what I snagged from Value Village on Senior’s Day a while back. I found a totally plain grape wreath for $1.99, a bag of gold bead garland for $1.99, and a box of glass balls in gold and copper for $3.99. 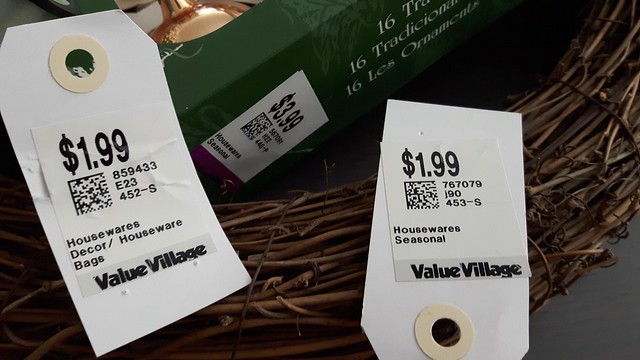 The only other thing I used for this was some fishing line I had on hand so I made the whole thing for less than ten bucks (including tax), and it only took me about ten minutes! 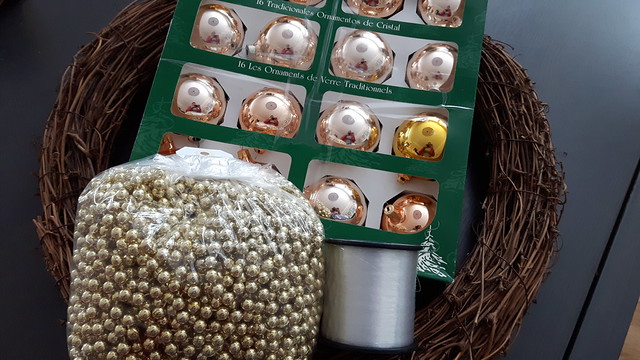 First I had to untangle the giant bag of beaded garland. That may have taken longer than ten minutes … 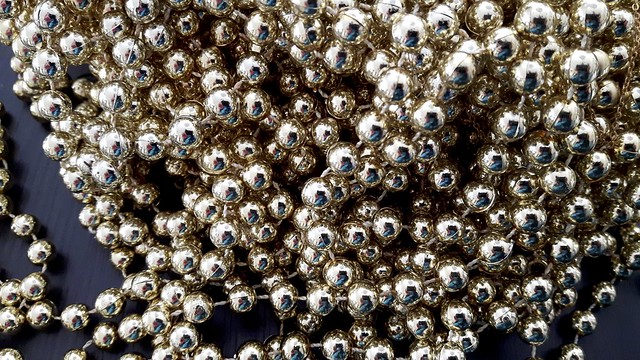 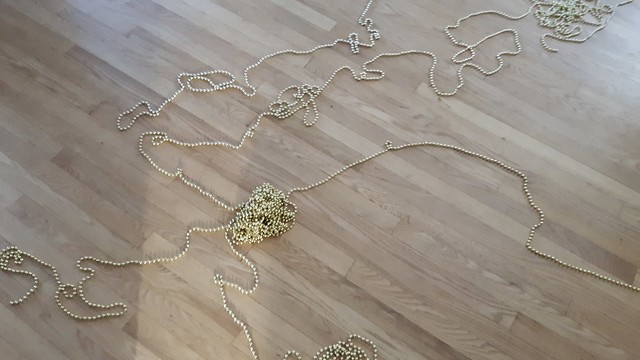 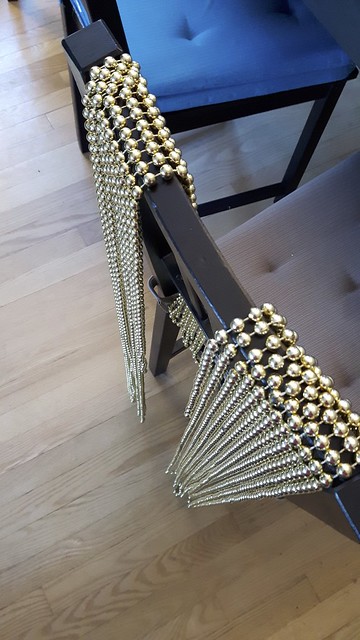 But then I wrapped a section around the wreath. Easy peasy. It didn’t go all the way but that was fine because I had a plan. 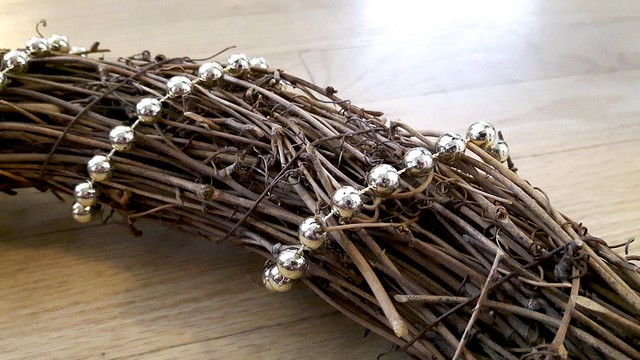 Then I tied the balls on with fishing line. 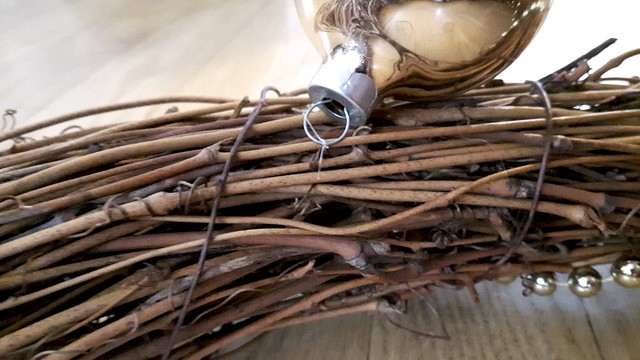 LongJohn helped. I can now do things by myself provided that I’m sitting three feet from him in his Jolly Jumper. 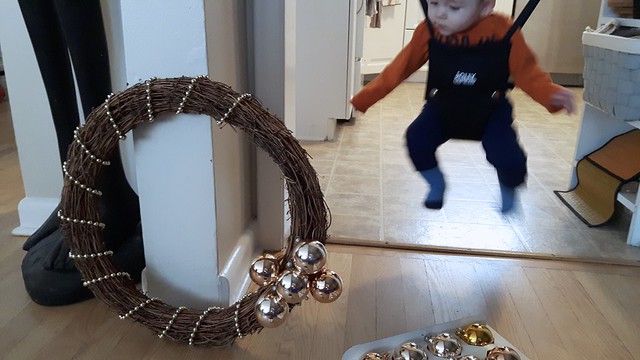 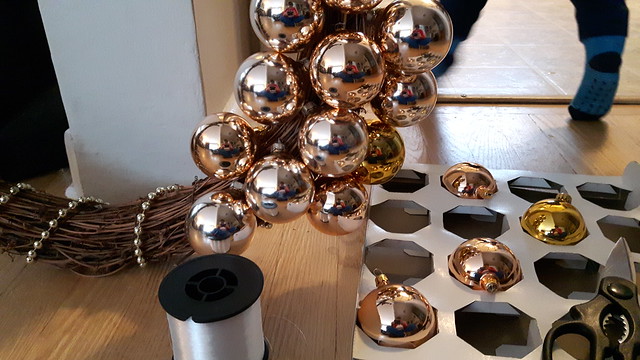 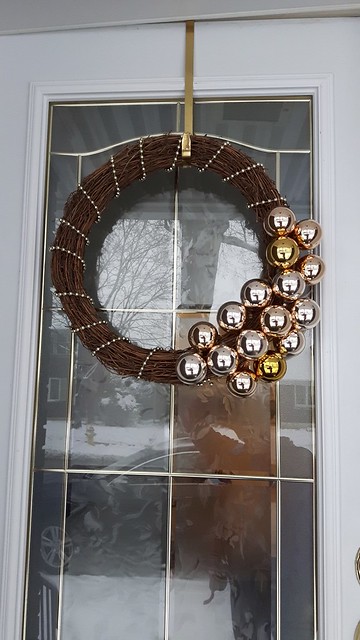