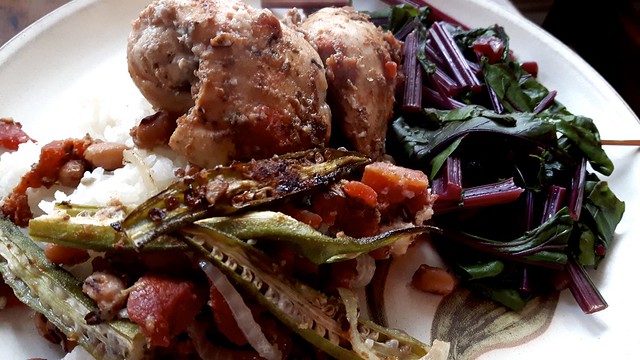 I don’t really know that much about southern food except that I like it a lot, and whenever I’m down south (I’m talking the southern US states here) I eat as much of it as I can. This dish started because I found okra at a good price at the grocery store and is more Creole-inspired than actually authentic (because again I don’t know much). It is adapted from something I found on The Kitchn. I doubled the amounts, prepared half this recipe in the pan and then chucked half of it in the freezer for later, like the clever person that I am†. Not that this recipe isn’t dead simple. I’m just lazy. 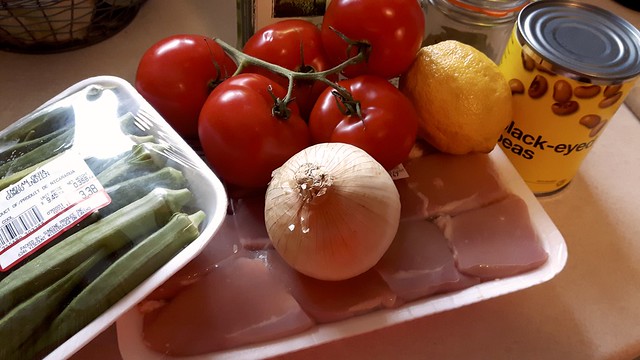 I accompanied this one-dish meal with another dish: steamed beet greens. 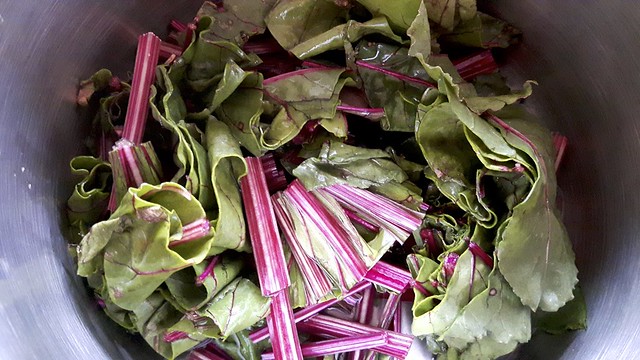 Preheat your oven to 400°F and line a baking sheet with parchment paper. Zest 1 lemon. 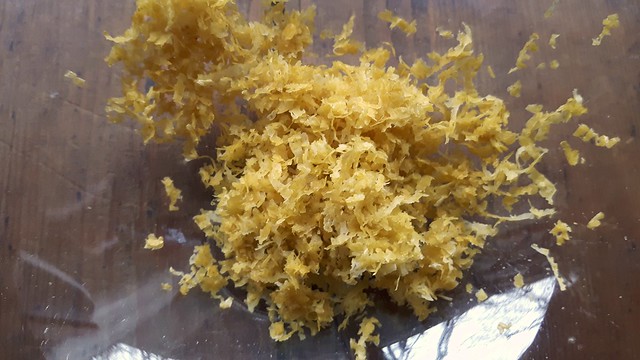 Gather your spices. Creole spice blends tend to run to mixtures of the following, so make one to suit your own taste (this one is about 1 teaspoon of each): onion powder, garlic powder, oregano, thyme, parsley, smoked paprika, salt, pepper, cayenne. The recipe I was looking at didn’t use creole spices; instead it called for a bit of cumin and coriander. So I just used everything. Set that aside for a few minutes. 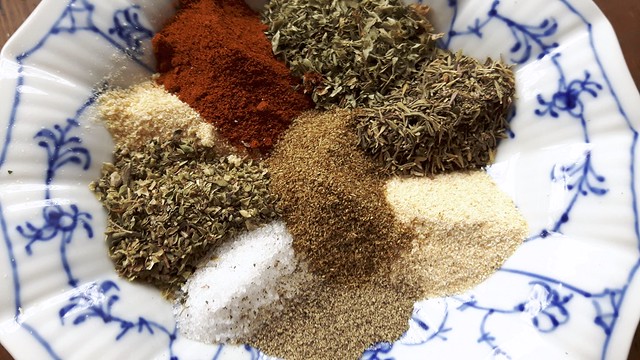 Start with your okra, about 1lb, and slice the tops off before cutting it in half lengthwise. Apparently people either love or hate okra, because it’s a bit slimy. I am ambivalent so far. 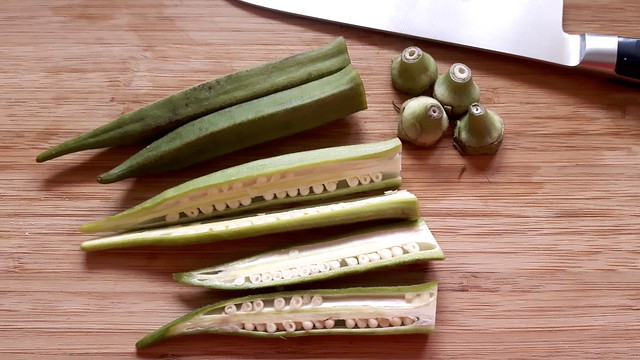 Lay that on your baking sheet and sprinkle with about 1 cup (canned/drained/rinsed) black-eyed peas. 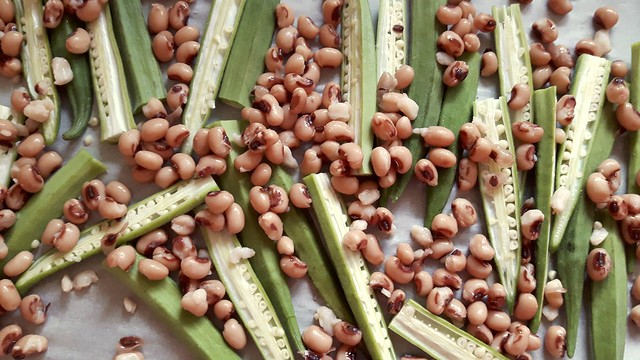 Next, slice up a small white onion. 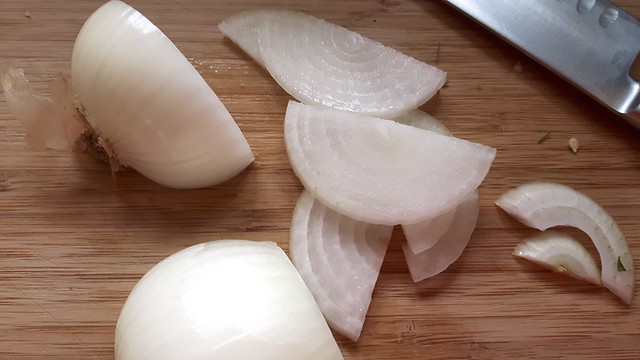 Sprinkle that onto the pan, together with a few cloves crushed or minced garlic. 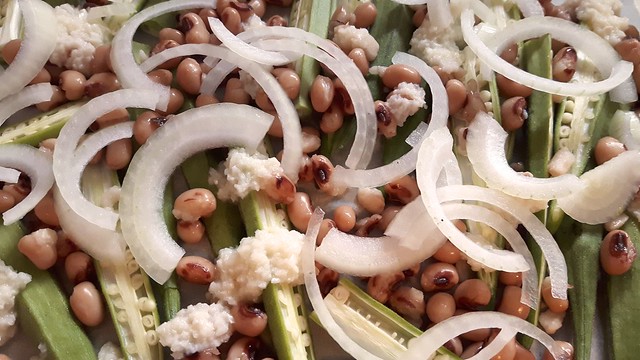 Give that a good drizzle with some nice olive oil. 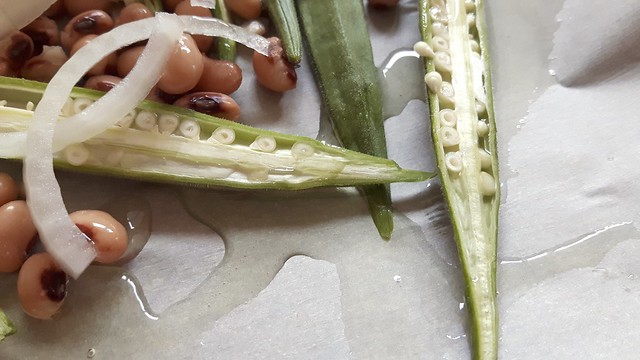 Now here’s where I kind of diverged from the recipe. This dish is a good meal all in itself as a vegetarian option, but I feed boys (boys who are not vegetarians) so I had to chuck some meat in here somehow. In a large bowl, I threw 8 boneless, skinless chicken thighs together with a 14oz can of diced tomatoes and your lemon zest. 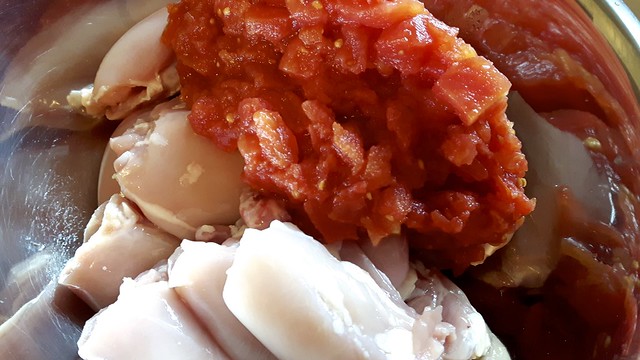 Then I chucked in all those lovely spices and gave it a good mixing. 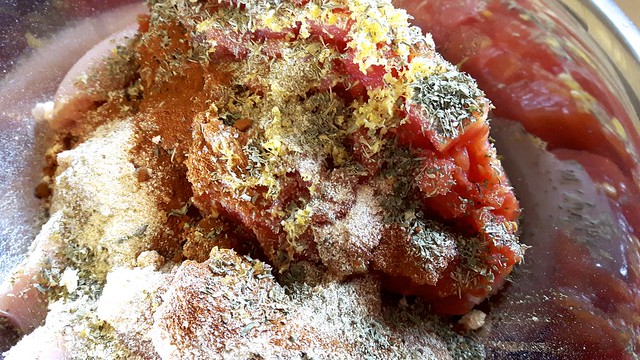 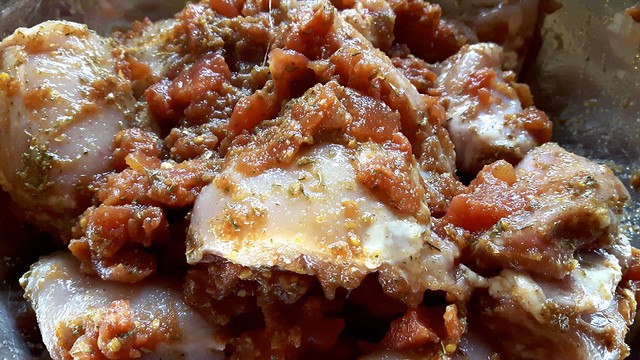 Spread the chicken and tomatoes evenly across the top of your peas and okra and shove it in the oven for about an hour. Give it a stir once or twice to make sure everything is browning evenly. 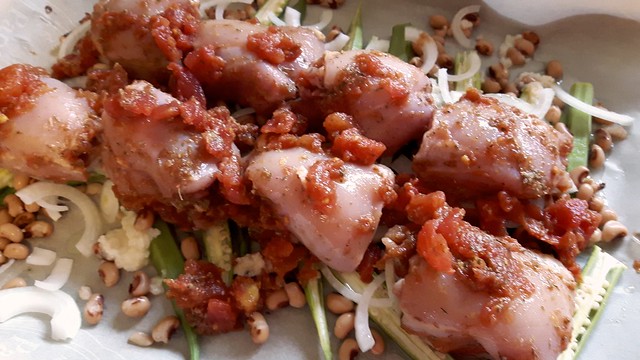 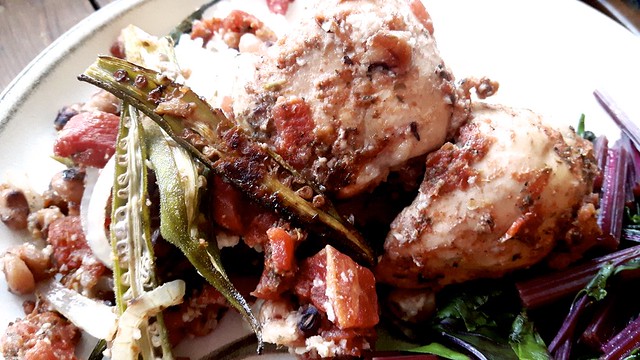 †If you plan to freeze this recipe for later, I would recommend freezing it in two parts: in one bag goes the okra, peas, garlic, rice, and oil, and in the second bag goes the tomatoes, chicken, and spices. It just seems like a logical thing to do to tenderize the meat and prevent the peas and okra from getting too soggy.

2 thoughts on “Creole Okra with Chicken and Tomatoes”