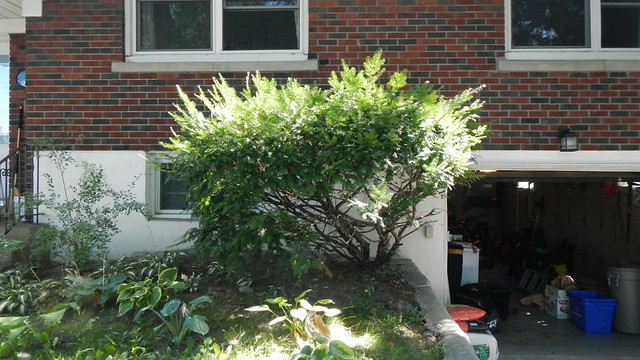 If you think the title to my post is funny and/or risqué, then please get your mind out of the gutter. I’m talking about this bush here. When we moved in I thought it looked sickly and planned to take it out. When springtime came around, however, it produced all this new growth so I decided to leave it in. I started to think that there was a reason it was a little bit bald below the belt. I’d already hacked away some of the branches that overhung the driveway, so I could see under its skirt. 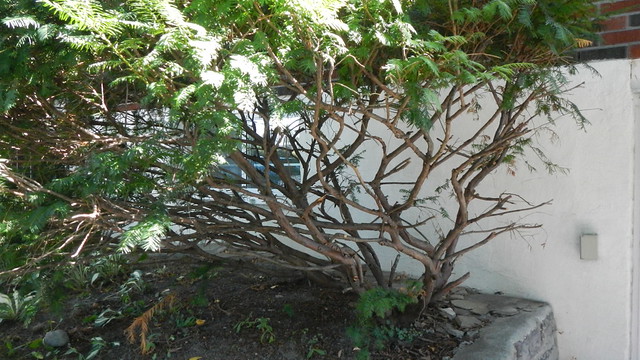 I took a risk and went at it with my pruning shears and saw. I’d seen another similar bush in the neighbourhood with bare knees and I thought I could pull it off if I were very careful … Once I got under there (and got so many pine needles in my underwear) I saw that someone a long time ago had cared about this tree and had intended the same thing I was about to attempt, so I followed those guidelines and snipped away at all the dead stuff. Pro (Amateur) tip: when slicing and dicing your shrubbery, make sure to step back often to make sure you are maintaining the right shape! 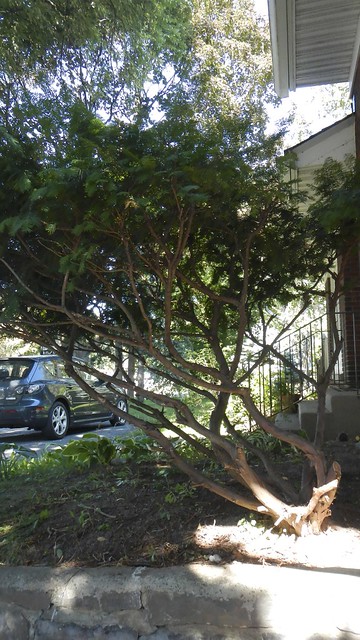 Tada! It needs a bit more work getting the stubs off on the bare branches, and I’m going to let the new stuff on top get a bit more established before I give it some shape next spring. I think it’s a vast improvement, and opens up more space for the hosta garden my dad is slowly filling in underneath it. 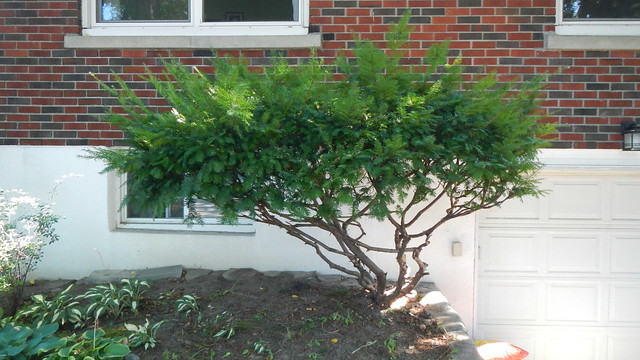 7 thoughts on “Trimming My Bush”