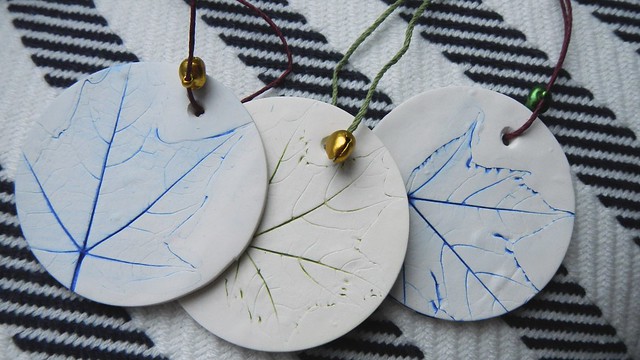 I saw this leaf imprint necklace at Happy Hour Projects and I thought it was neat. While I wasn’t that interested in the jewelry aspect of it, I thought that the technique would make for some great Christmas ornaments. What you need to do this is simply some oven-bake polymer clay (like Sculpey) and some leaves or other items to make impressions in the clay. Everything else, the silicone work surface, the craft paint, the bits and bobs, those are all up to you. A note on polymer clay – it is not food-safe. Whatever you use to cut or otherwise work the clay should not be used for food items. 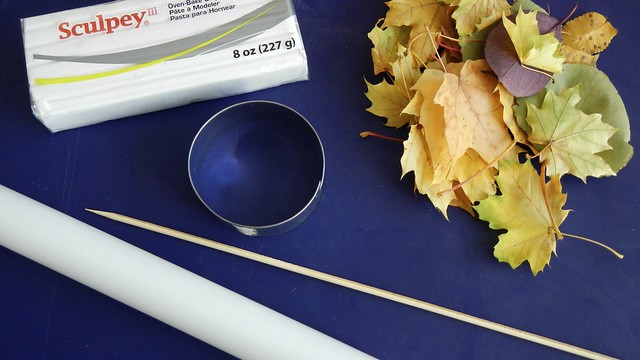 So. Grab your clay. I used a plain white. Work some of it between your hands to soften it and then flatten it onto your work surface. I’d aim for a thickness between 1/8″ and 1/4″. 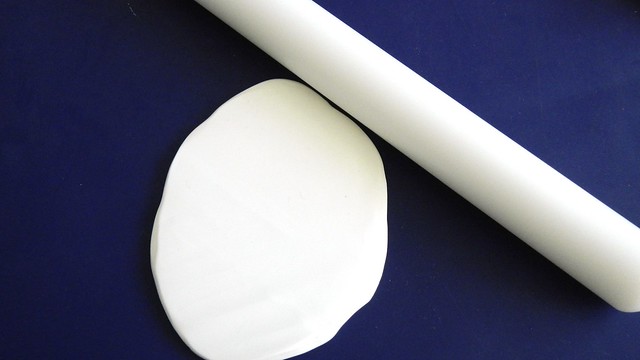 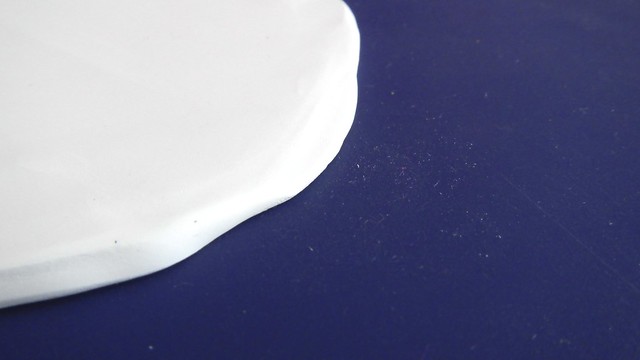 Then take a leaf or whatever else you’d like to impress, and place it on the clay. This leaf is about 2″ wide, to give you an idea of scale. 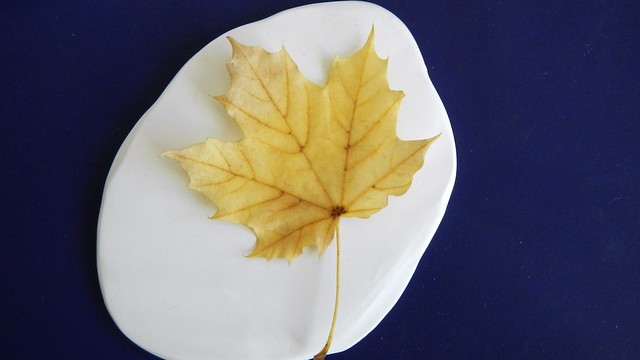 Press the leaf into the surface of the clay so that it leaves a full and detailed impression. You won’t get as much detail with the small leaves on polymer clay as you would on natural clay (like with the clay leaf bowls) simply because the substance is more resilient. 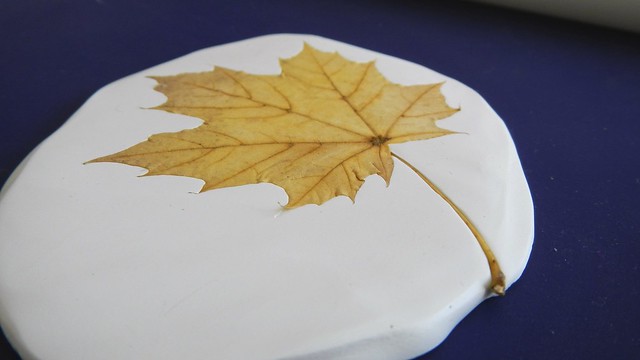 Carefully remove the leaf and then cut it out with a cookie cutter or knife. You can cut it off-centre or however you would like. I’m not grading you on these. 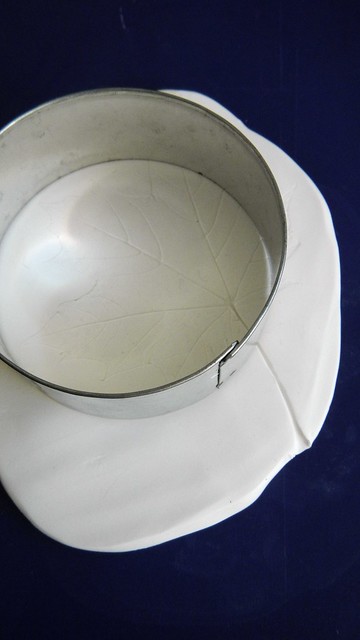 Use a skewer or some other pokey object to put a hole through for stringing. 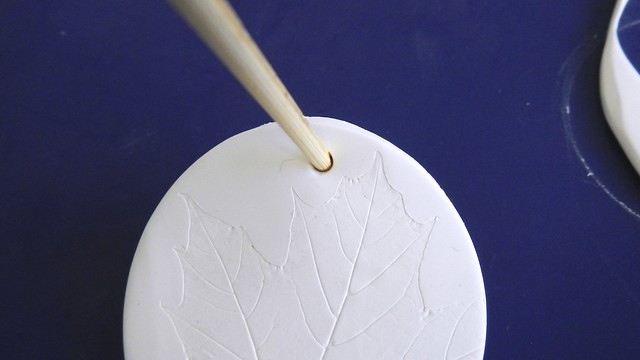 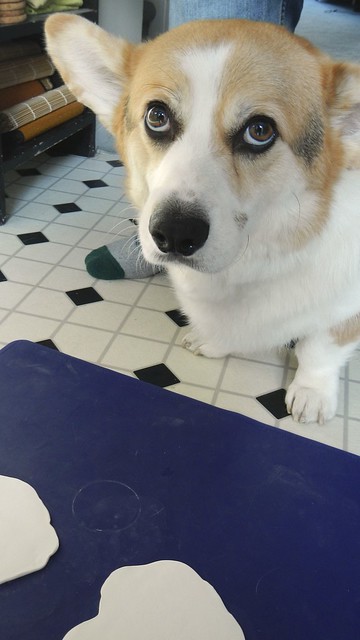 So these impressions were not as deep as I would like. 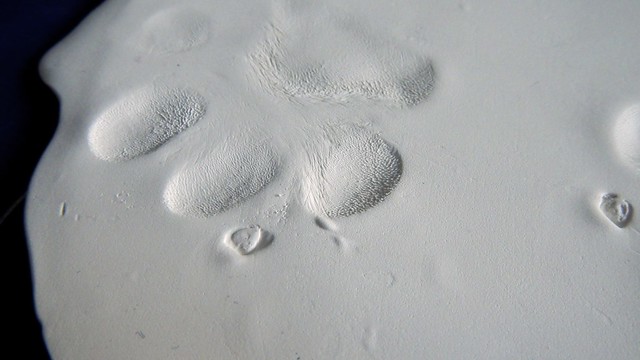 But they worked out well enough that I figured they’d do. 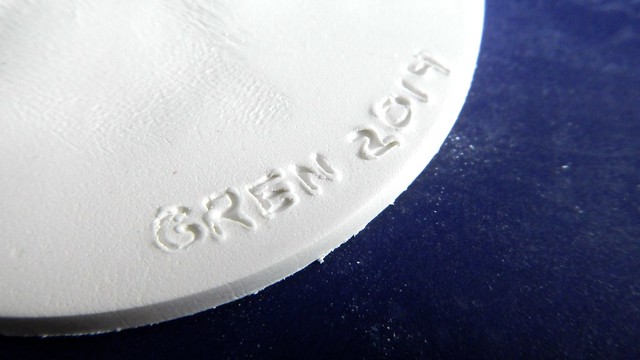 Place your finished items on a sheet of parchment and bake at 275°F for 15 minutes per 1/4″ of thickness of your clay. Let them cool completely before handling. 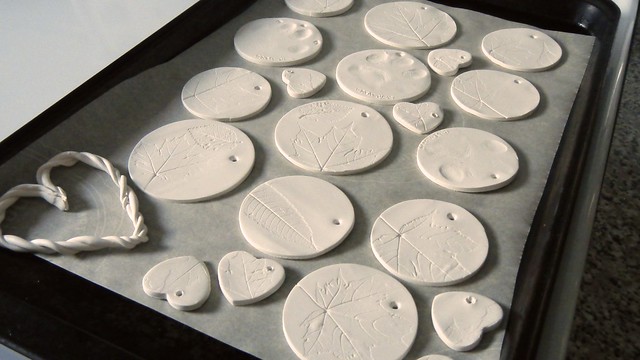 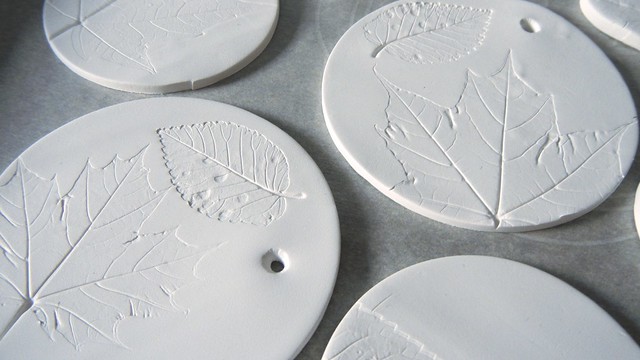 Now we paint. If you want. I used some craft paint  and a small paintbrush to swipe colour over the impression. 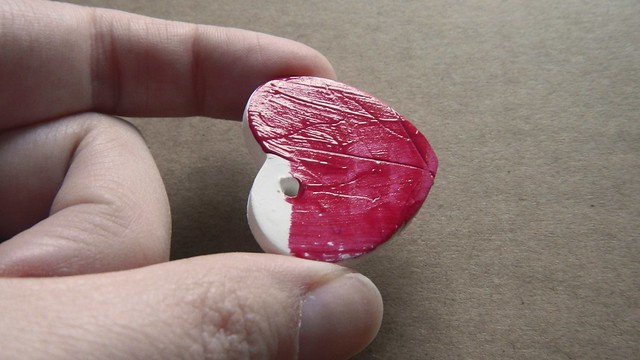 This one I used a dry paper towel to wipe it off, which left the colour on the majority of the ornament. 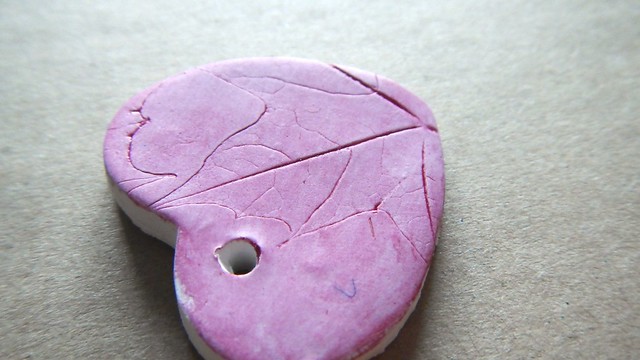 This one I just filled in the leaf part as close as I could. 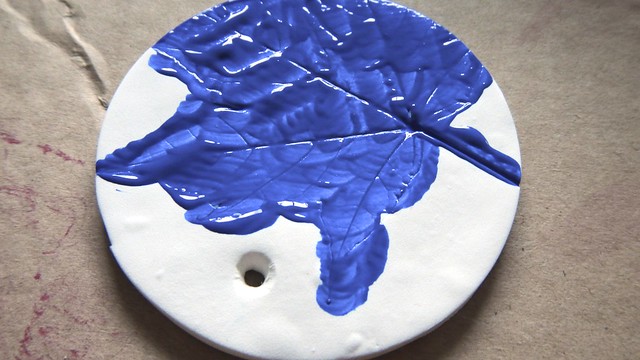 Then I used a wet flannel cloth to wipe it gently off. 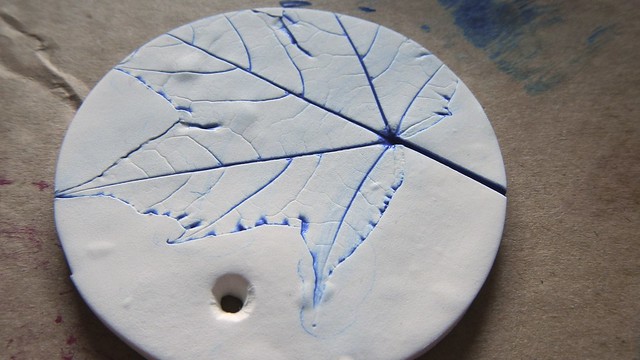 The Gren ones took a few applications of paint. 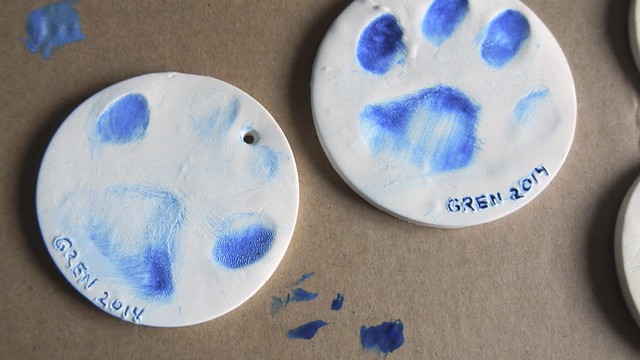 Then I strung them with some hemp line and some wee bells. 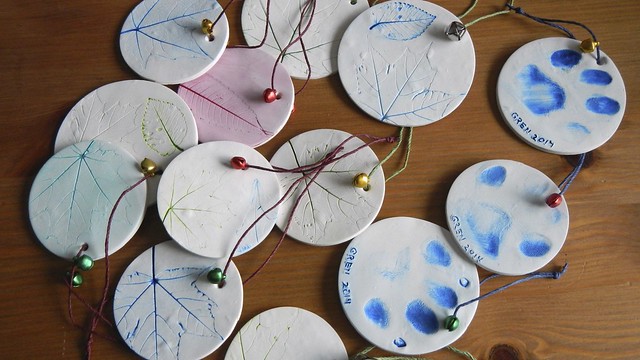 These would make a great addition to your gift wrap arsenal, a cute personalized stocking stuffer, or you could give a few to a person just starting to collect their own Christmas ornaments. 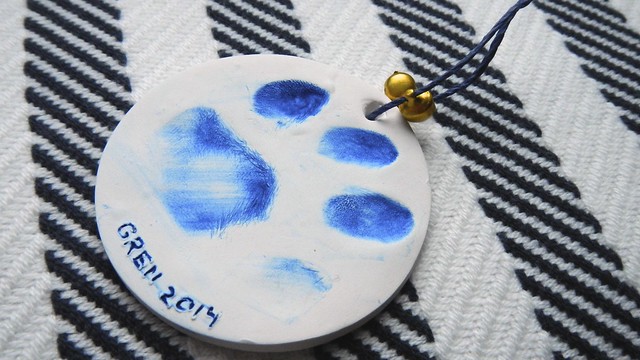 I made these little dishes out of Super Sculpey and baked them according to the directions.  I know.  I suck at sculpting.  But this was my first time using Sculpey in well over twenty years.

BUT THEN.  I thought I would use découpage techniques (which I’ve never done before) and experiment with Mod Podge (which I have never used before) and paste some torn up bits of origami paper over top, make ’em look like they’re papier mâché or something.

So it was pretty simple.  I started with laying one untorn sheet on the bottom of the dish, as a base, and then I tore up other sheets in colours I liked for the rest of it.

Some Mod Podge and a brush later, I’m sticking away.

On this one I put a cutout of a key, to imply that perhaps you could keep your keys in this dish.

Then I just coated it all with a layer of Mod Podge and let it all dry.