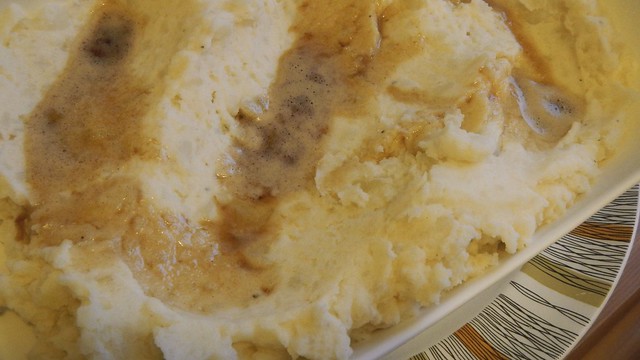 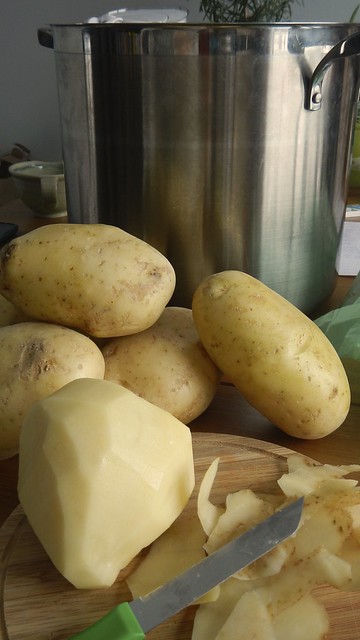 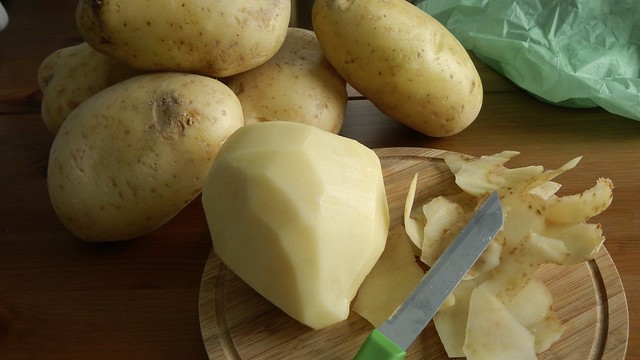 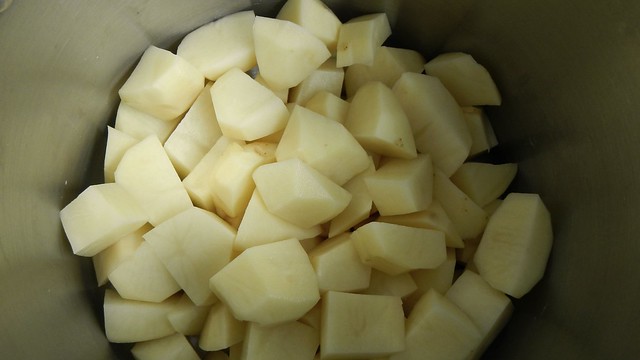 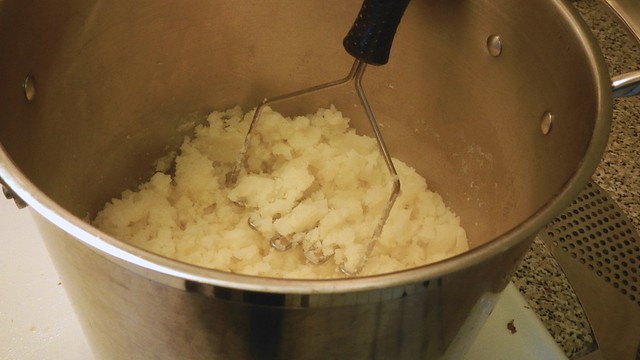 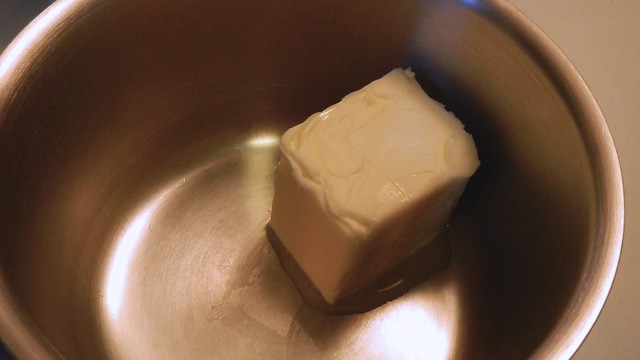 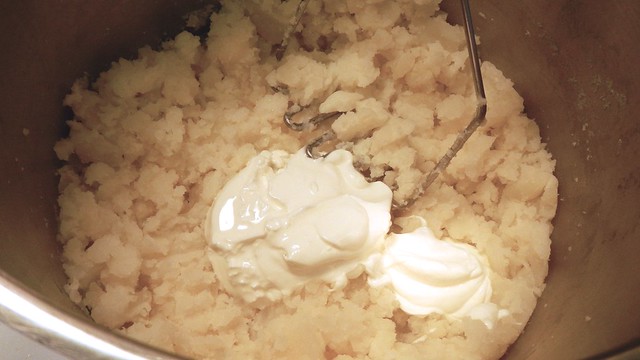 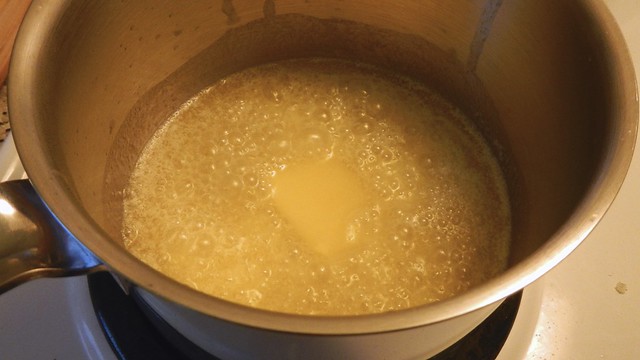 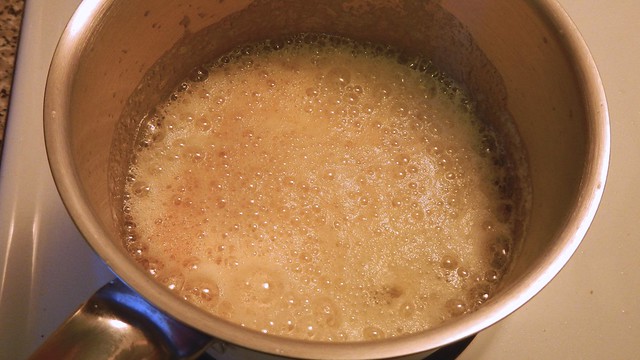 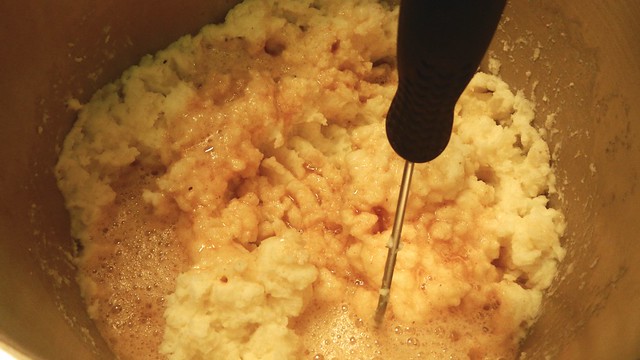 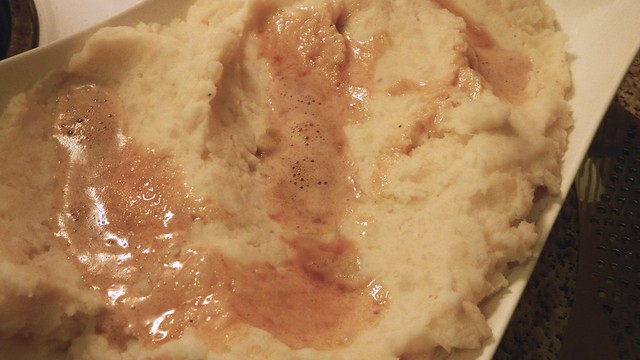 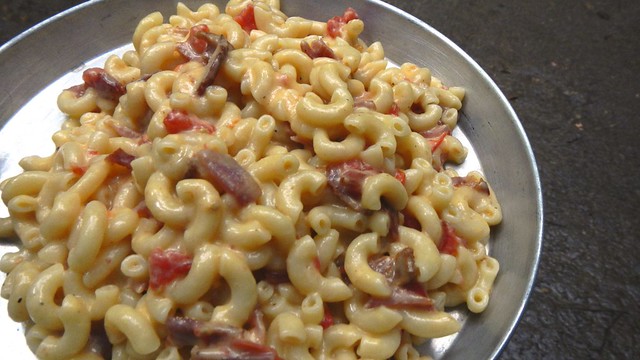 This comfort meal is adapted from our own traditional recipe. It had to be downsized so as not to allow for leftovers (shocking, I know).

Start by boiling up a pot of salted water for your pasta. I figure 2 cups uncooked macaroni will do just fine.  Cook that according to the package directions and then drain. 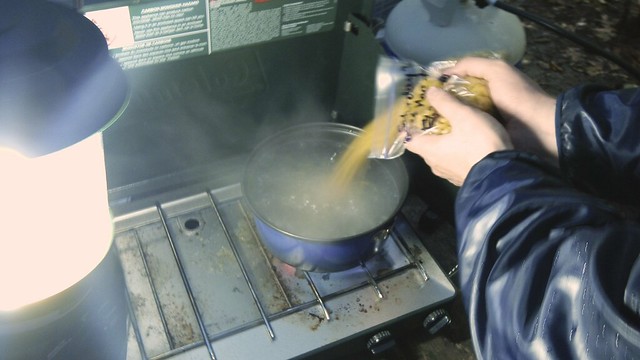 Continue by frying up some bacon or breakfast ham, a couple slices (the Pie has outlawed bacon in the house so ham will have to do).  Crumble or slice the cooked meat and set it aside. Chop up a large tomato as well and put that aside for now. These both went into the freezer for me. I also made sure to bring my trusty Tabasco: 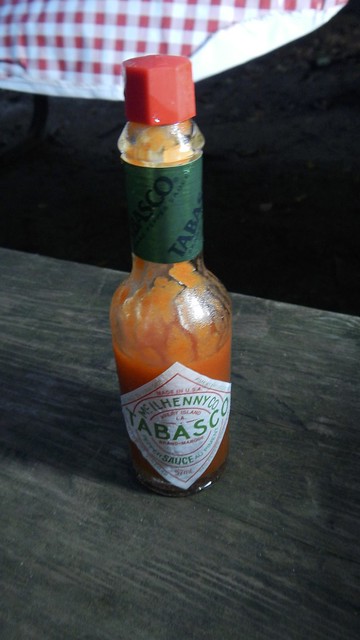 Assemble your sauce: in a saucepan, melt 1 tablespoon butter. 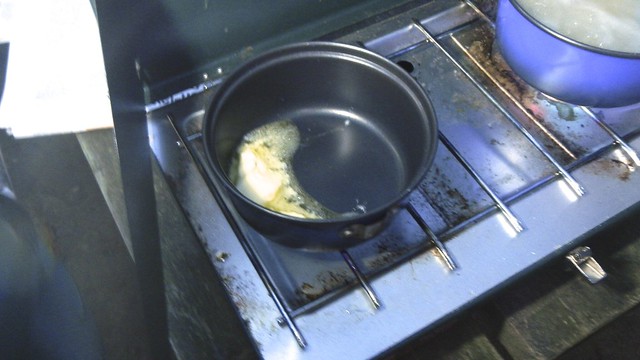 Then mix in 1 tablespoon all-purpose flour. Slowly drizzle in 1 cup milk and stir until it starts to thicken. 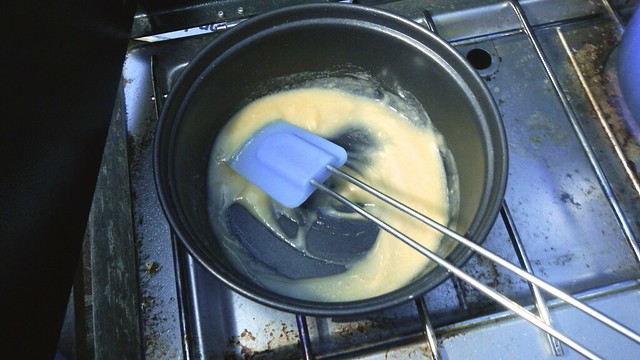 Then add in 1 1/2 cups grated cheddar cheese, and stir until all the cheese is melted and the sauce is smooth. Season to taste with Tabasco sauce and salt and pepper. 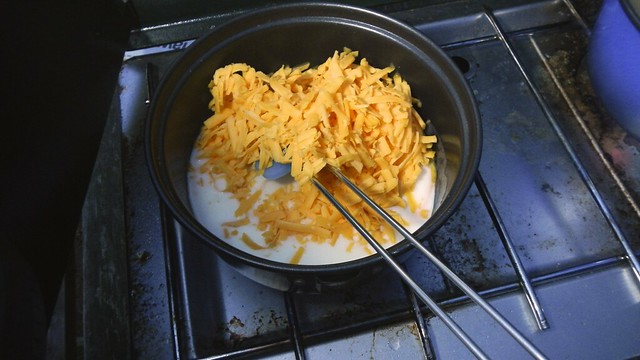 Tip your sauce, meat, and tomato into the pasta and stir to coat. 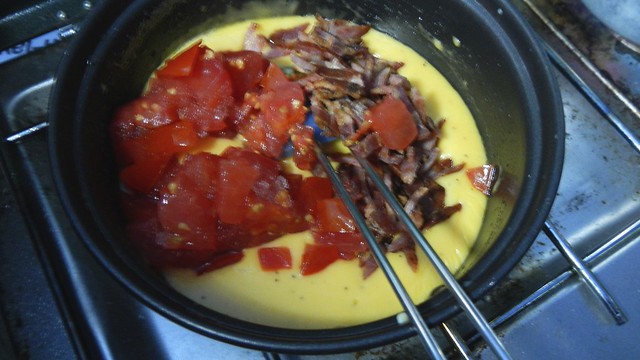 If it hadn’t been raining, we would have then shoved the whole thing into our Outback Oven and baked it for about 20 minutes until it was all crusty and bubbly. As it was raining and we were cold and damp, we just ate it in its squishy state and it was amazing. 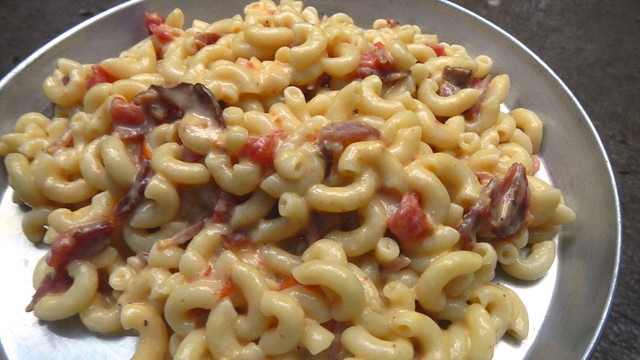