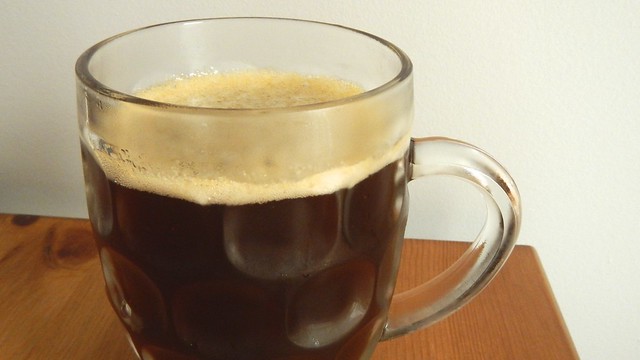 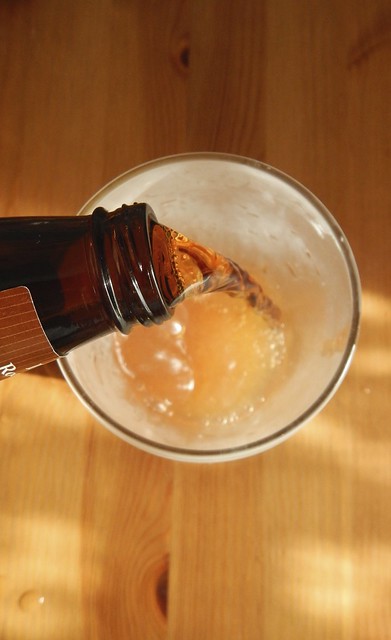 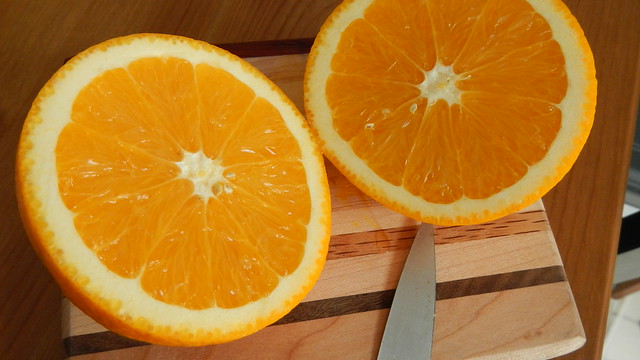 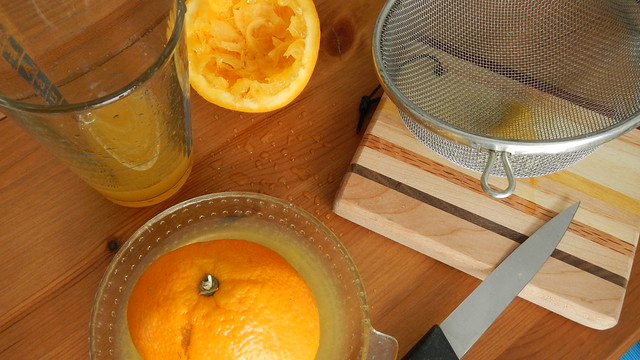 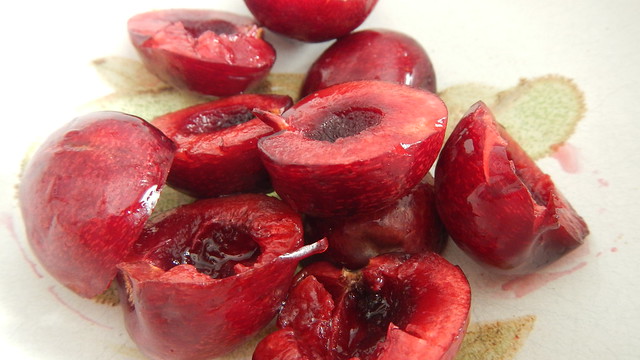 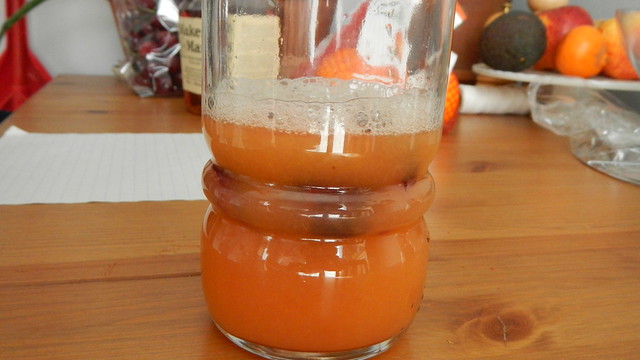 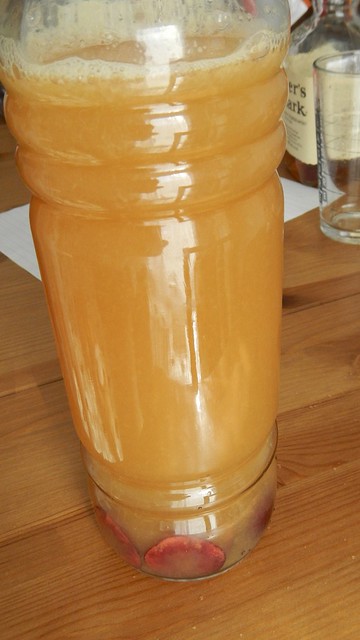 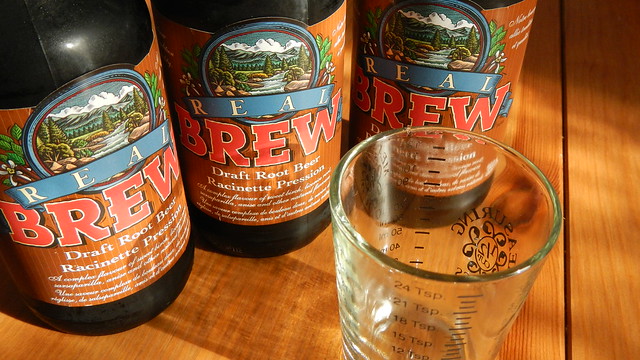 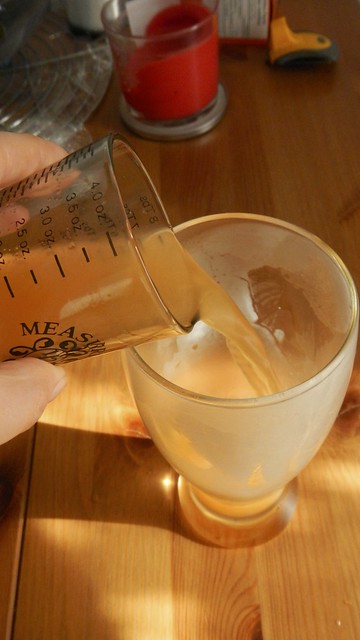 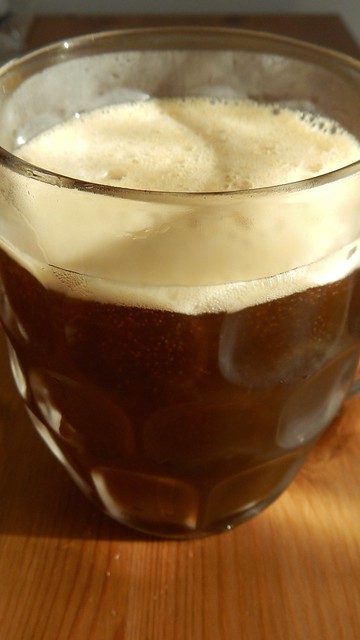 Every year during the winter holidays we get together with our Ottawa friends and have a potluck.  We started doing this when we were all students because it was the one day we could guarantee that we were all in town at the same time and we could spend some time together.  We even get fancy with the planning, starting with a Doodle scheduler to pick the right date (if you’ve never used their free software to make an appointment, check it out).  Then we set up a Google spreadsheet to figure out who is bringing what, to ensure that not everyone arrives with chips and dip and that the people who are bringing appetizers don’t show up just as we’re starting dessert.  Inevitably the spreadsheet gets hacked by someone (or everyone) and chaos ensues.  Graphs and pie charts and graffiti abound.  It’s madness.  But fun.  This year the Pie and I decided to host, and as each person brings a dish, this was the Pie’s contribution to the festivities: Baked’s Root Beer Bundt Cake.

He’s made it before, for my birthday, and it’s always a favourite.  Anything Baked does is a favourite with us.  The problem is that because I was busy doing my own thing and making a superb leek and leftover turkey pie (which I will save as a post until the next turkey-related holiday), I didn’t actually get a chance to photograph the finished product.  So you’ll just have to guess as to what it looked like.  Sorry.

Now, the recipe calls for 2 cups root beer to go into the batter.  Don’t you dare use diet root beer — you’ll regret it enormously.  Use a stronger-tasting brew like Dad’s or Stewart’s or even Barq’s to get the best flavour, and feel free to replace some of the liquid with a root beer schnapps or even a tablespoon or two of root beer extract.  Not having any of these things, however, the Pie decided to make himself a root beer concentrate.

He started by pouring two cans of root beer into a pot. Then he simmered it for about half an hour to boil off the water and reduce the liquid.

The resulting fluid is dark and opaque, and we hoped it would enhance the flavour of the cake when added to the regular root beer.

While you’re doing that, preheat your oven to 325°F.  Generously butter a large bundt cake pan.  Dust the inside with flour and knock out the excess.  If you don’t have a bundt pan you can make this in an angel food pan.  If you have to make it in a pan that doesn’t have a hole in the middle you will need to cook it a bit longer and keep an eye on it so the bottom doesn’t burn.

In a small saucepan, melt together 2 cups root beer, 1 cup cocoa, and 1/2 cup butter and stir until the mixture is smooth.

Add in 1 1/4 cups granulated sugar and 1/2 cup firmly packed brown sugar and whisk that until the sugar is dissolved and the mixture is smooth.

Remove that from the heat and allow to cool a little bit. You want it to cool a bit (enough that you can poke your finger in it and it will be nice and warm but not hot) because you’re about to add in 2 lightly beaten eggs. And if you add the eggs in while it’s still hot they will cook on their own and that will be super gross.

Add the eggs in and whisk thoroughly.

In a big bowl, whisk together 2 cups flour with 1 1/4 teaspoons baking soda.

Gently pour the chocolate mixture into the flour mixture and fold with a spatula until just combined.

You don’t want pockets of flour or anything but you want the batter to still be a mite lumpy.

Pour that into your prepared bundt pan and bake for 35-40 minutes, rotating the pan halfway through, until you can stick a skewer into it and it comes out clean.

Set that puppy on a rack to cool completely.

In the meantime, you can make your root beer fudge frosting. In another bowl, whisk together 2oz melted dark chocolate and 1/2 cup room temperature butter. Add in as well 1/4 cup root beer, 2/3 cup cocoa, and 2 1/2 cups confectioner’s (icing) sugar and beat until smooth.

When you cake is cooled, plaster on that icing in a haphazardly charming manner and eat it all up. Cover what’s left over in plastic wrap and keep up to a week at room temperature.  Sorry again that I have no pictures.  It disappeared! Instead you can have a picture of Gren in the Christmas hat that he hates.