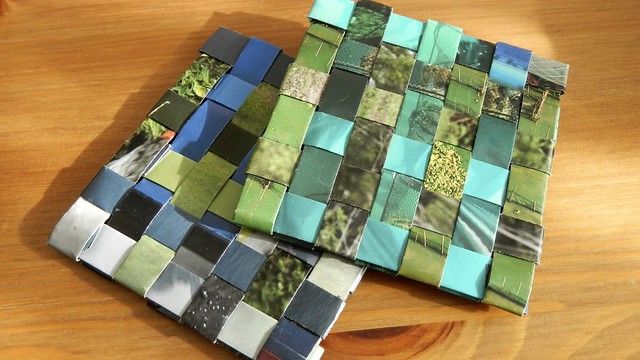 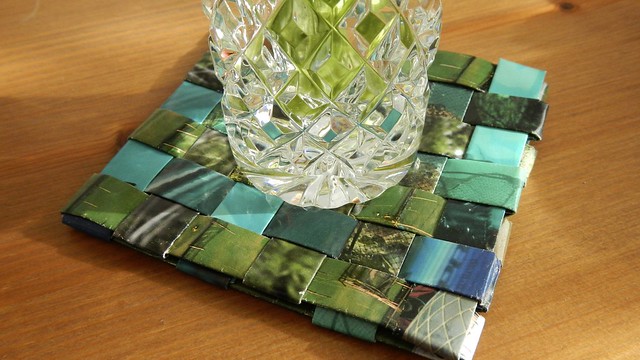 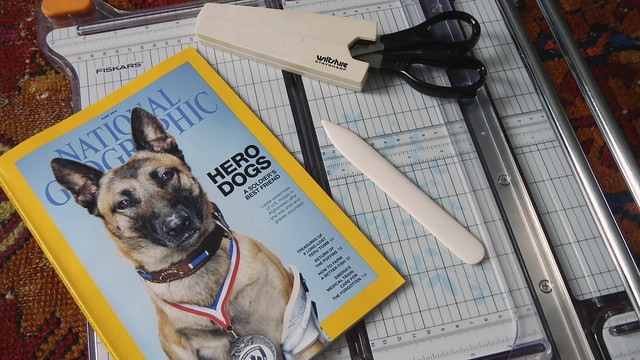 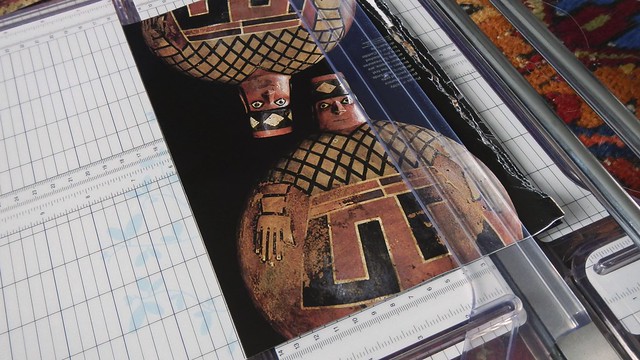 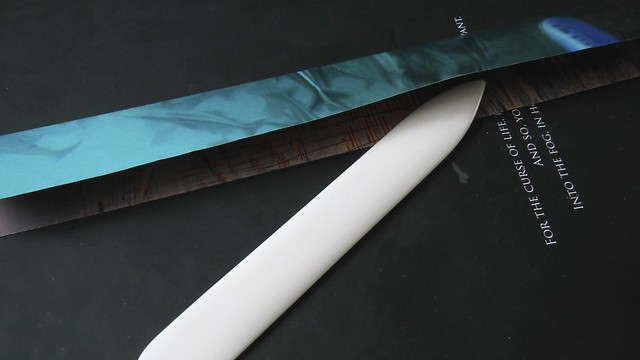 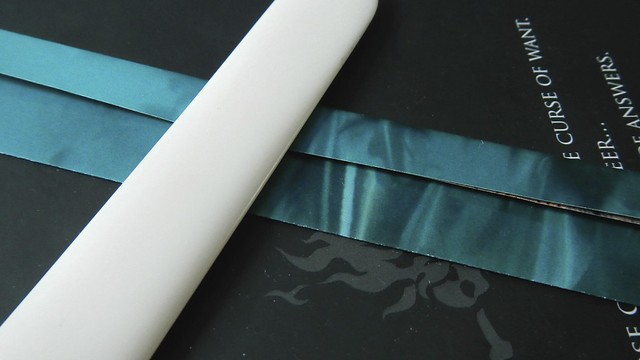 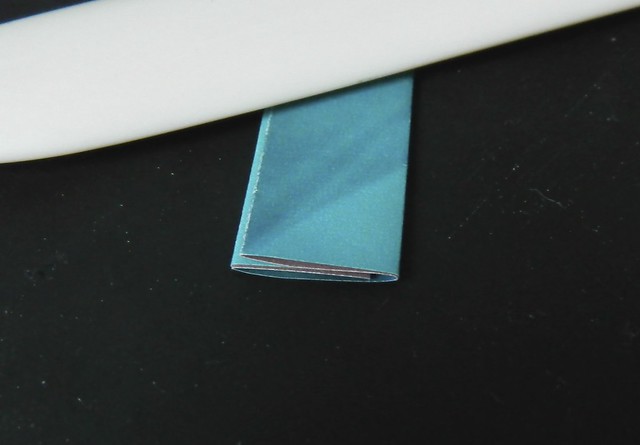 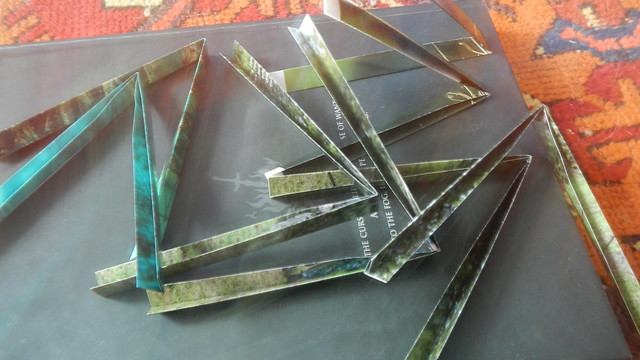 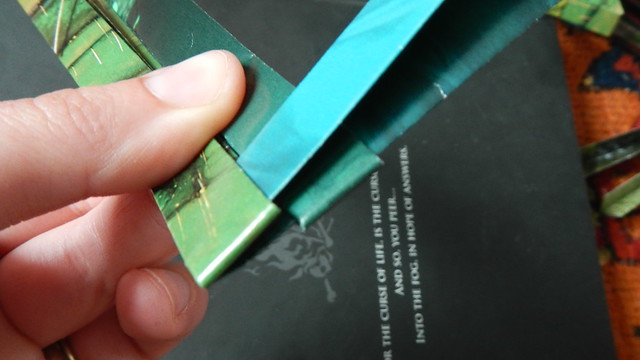 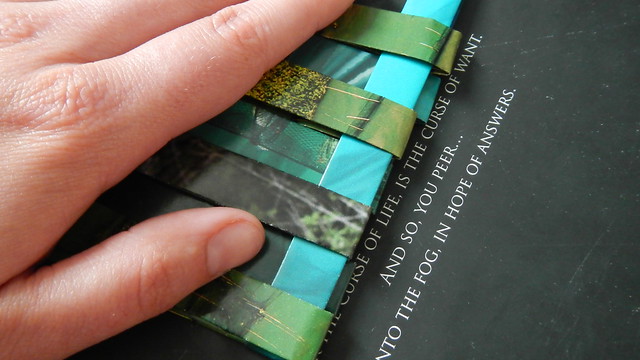 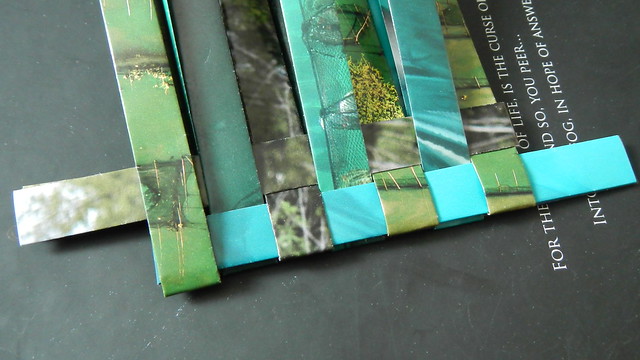 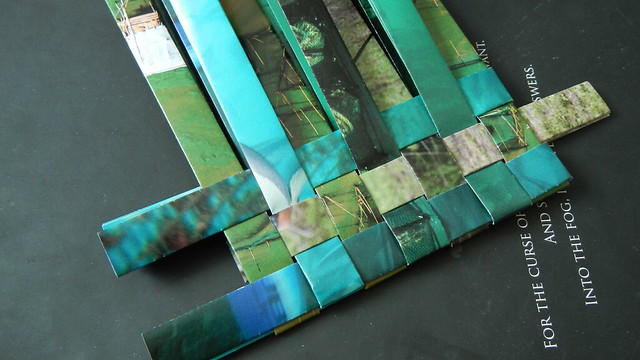 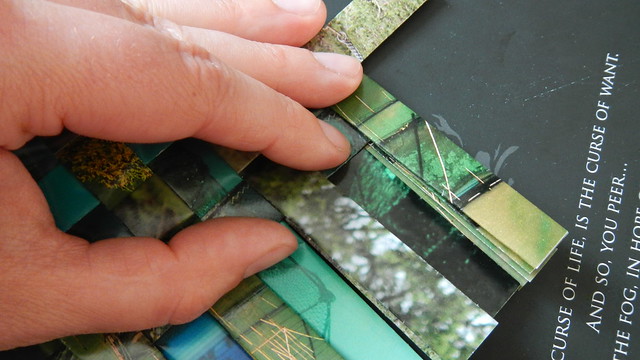 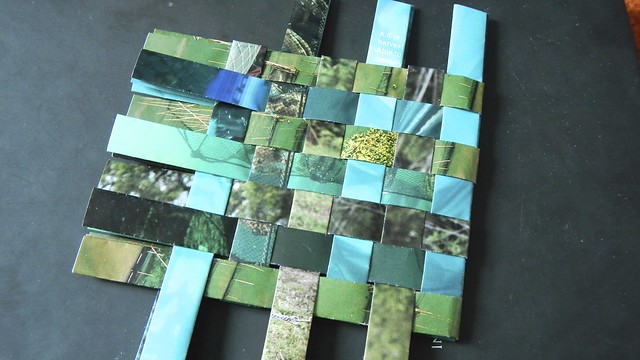 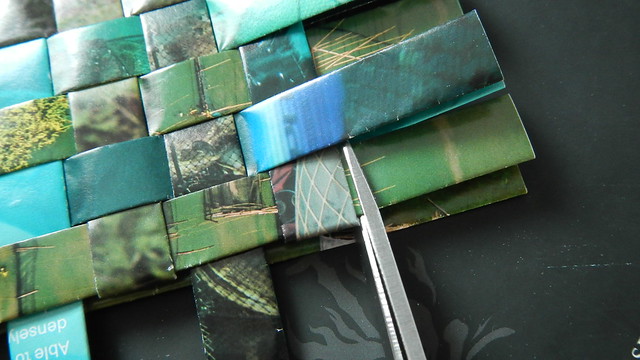 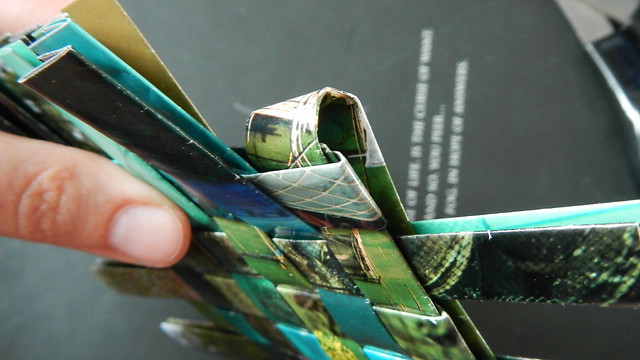 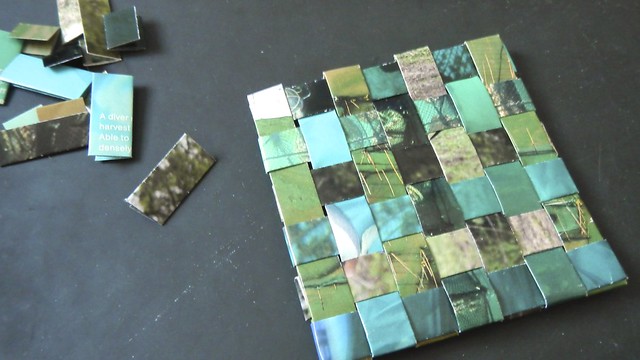 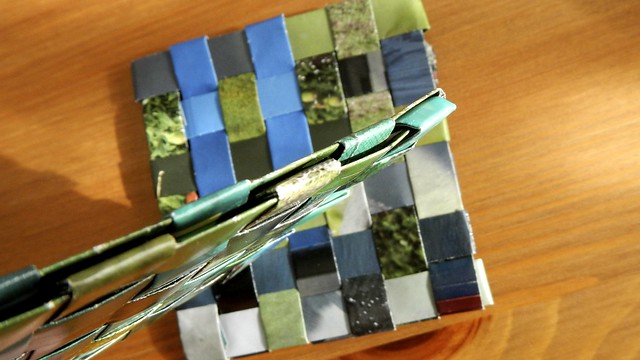 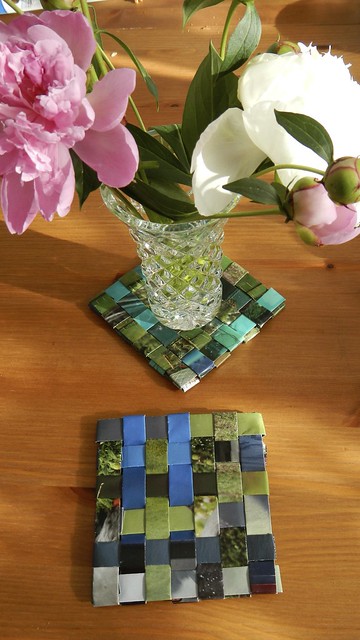 I spent way too much time on MarthaStewart.com the other day and became rather over-stimulated with ideas.  This meant that while I was watching Glee (and I’m not afraid to admit it), I needed something to do.

I work part time as a law librarian at a large firm downtown.  Boy oh boy do lawyers waste a lot of paper.  I save as much of it as I can that can be re-used (at least, the non-confidential stuff).  I have been bringing it home with the intention of turning it into notebooks at the earliest opportunity.  Most of it sits in a pile next to the Pie’s desk, where it gets messed around, rearranged, and buried daily.  The letter-sized stuff I use in my printer, but the smaller stuff, from legal texts and what have you, needed a bit of extra help to get itself organized into something usable.

With some leftover cardstock and fragments of kitchen string from a failed pre-wedding experiment, a stapler, a paper cutter, and some glue and rubber stamps (yes, I have a stamp with my name on it, I’m cool like that), I quickly fashioned my scraps into kitschy little note pads to be chucked in a purse or on a table for use whenever I need them.  Blank usable sheets on one side, legalese on the other.  I think I’ll send some to the grandmas …