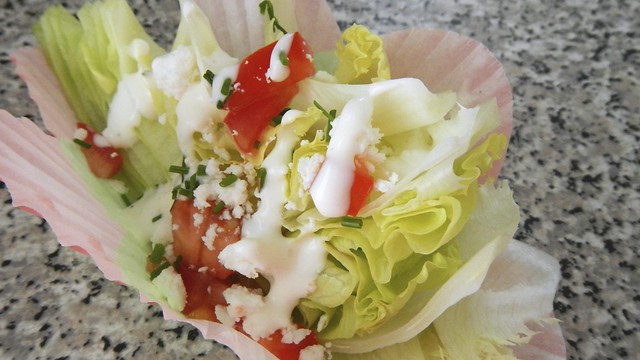 This is a quick way to give your salads a little structure.  I served mine at a buffet, so I plopped them into extra-large cupcake cups to make them portable. 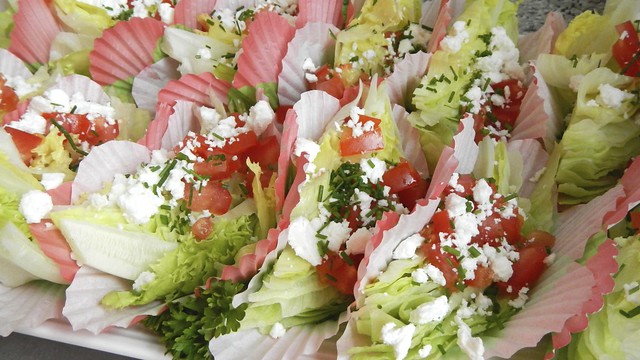 Start with a crisp head of iceberg lettuce. 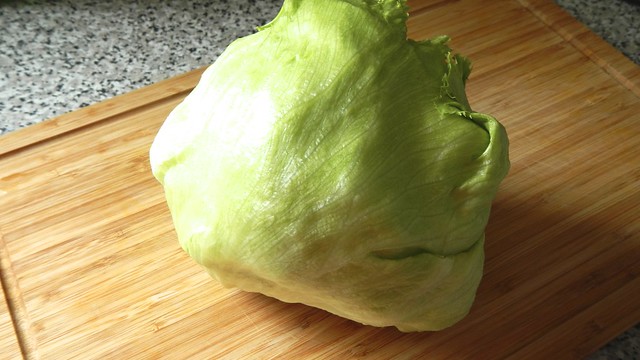 Chop off the stem. 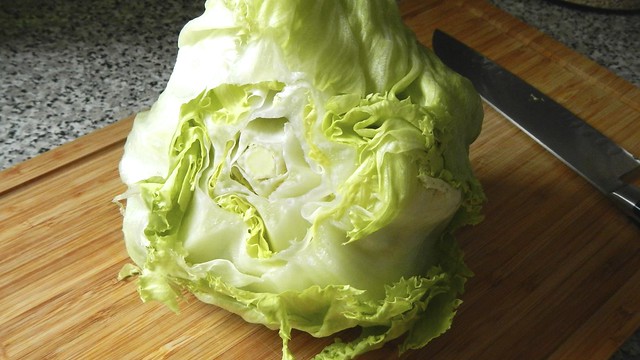 Then divide the head into wedges.  I cut mine into 12 wedges that were quite thin. 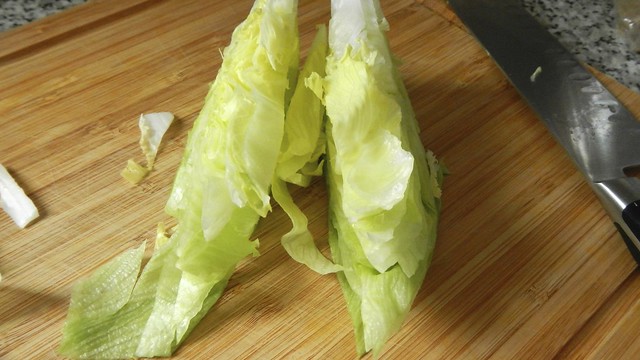 Dice up a tomato. 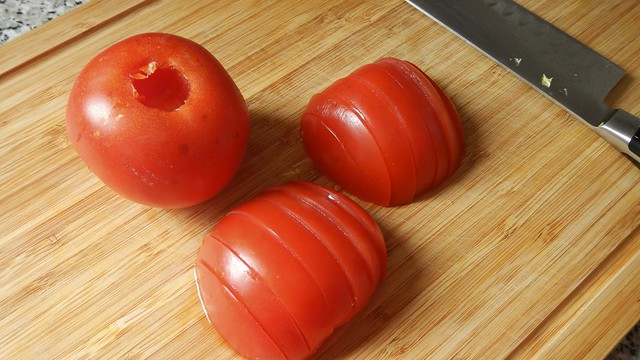 Sprinkle that onto the wedges. 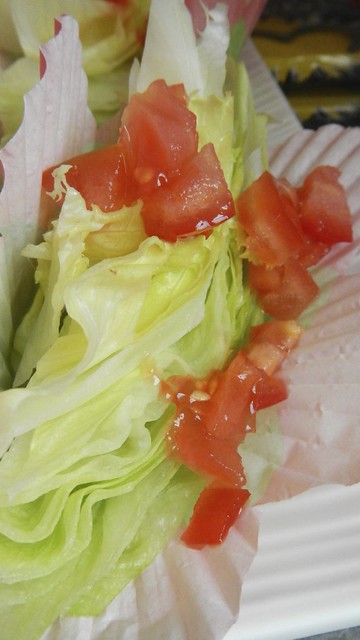 Crumble some feta (or use cheese curds, which I did last week). 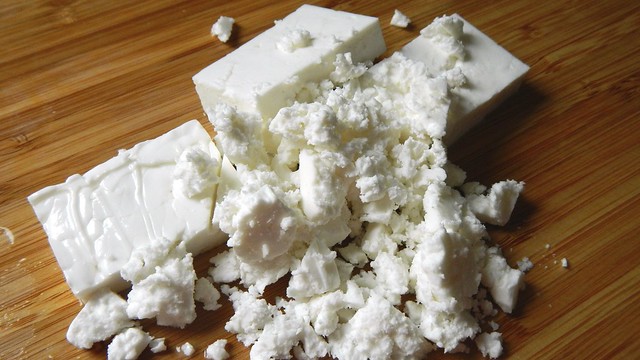 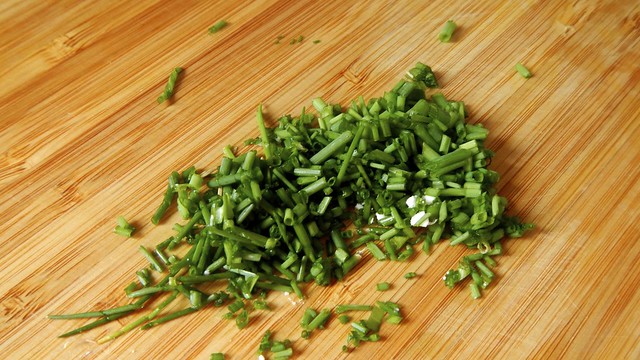 Sprinkle both of those onto the wedges. 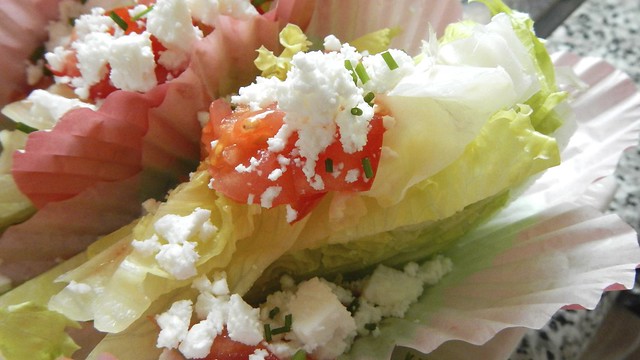 Add a drizzle of dressing. 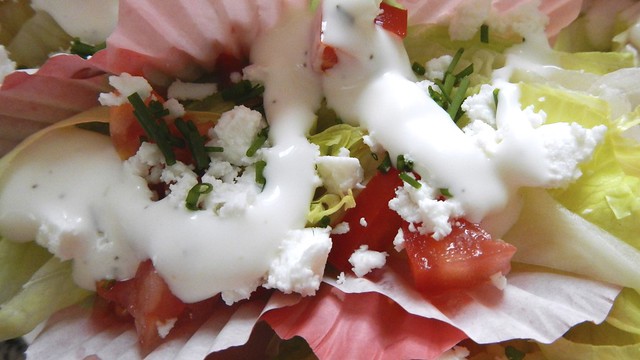 And that’s it.  Simple and structural. 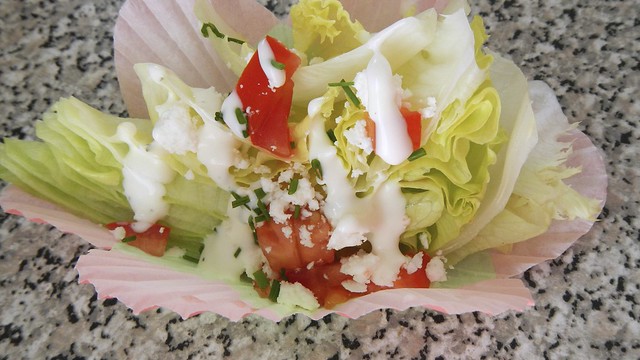 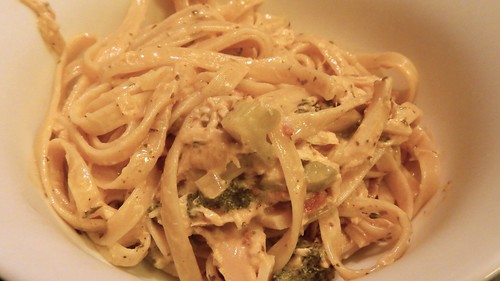 I’ve gotten into the habit of occasionally buying those hot roasted chickens from the grocery store.  They’re just so darned cheap and handy, not to mention tasty.  Last weekend, the Pie was out of town, and sometimes I forget to actually eat when he’s not around, so I bought the chicken to give me some incentive.  One leg at one meal, one leg at another, and I was set.  But I still had the body of the chicken left to deal with.  I dismantled the remainder of the carcass, including the breasts, and whipped up this quick pasta dish to greet the Pie when he came home.  He went back for seconds so I think I did a good job. 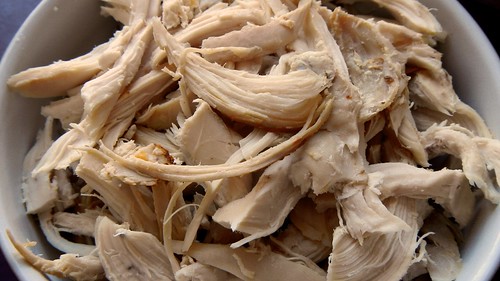 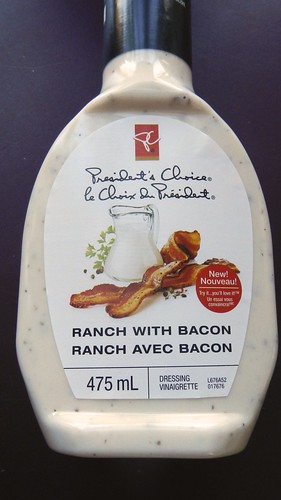 An onion, some garlic, and a head of broccoli.  Chop those up. 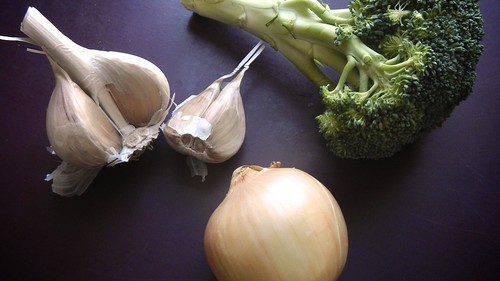 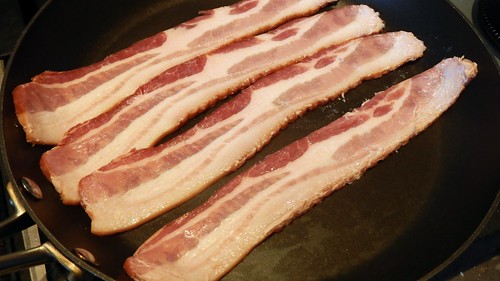 Make them super crispy and then put them somewhere to drain. 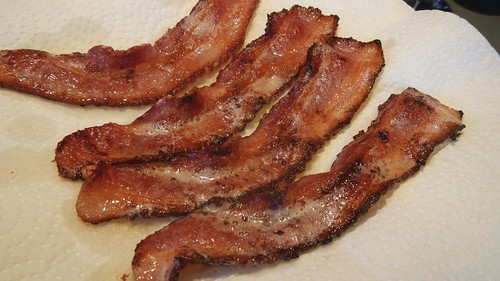 Start your pot of boiling water to make your pasta.  You’ll need enough noodles for four.  I used linguini. 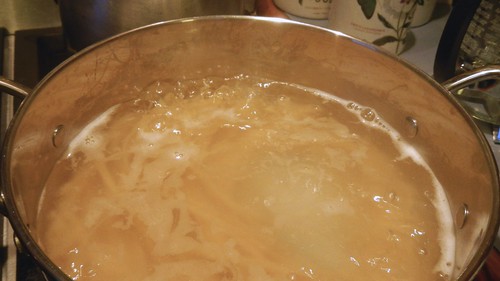 Grab a pot and chuck in a few tablespoons olive oil.  Add in the onions and cook until translucent and smelling fabulous. 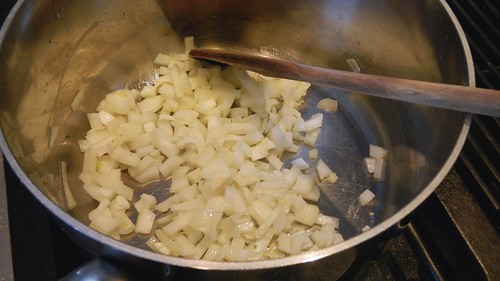 Then add in the broccoli and garlic and stir that as well. 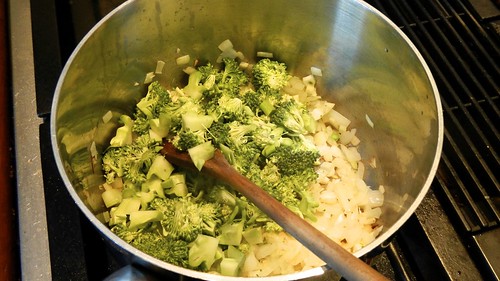 Next, add in a few pinches dry mustard and pepper and paprika (you’ll see the paprika added in a later photo but that’s because I had to wait for the Pie to pick it up from the store on his way home). 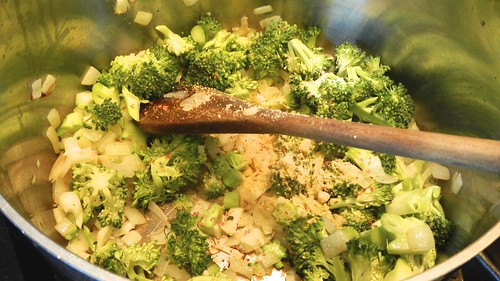 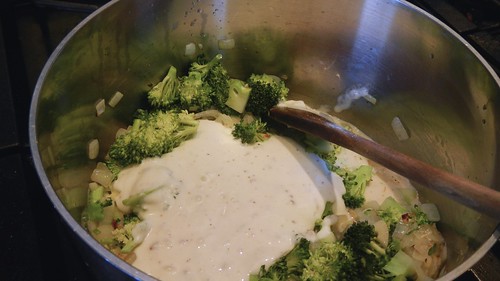 Chuck in the chicken, then cut up the bacon and chuck that in as well. 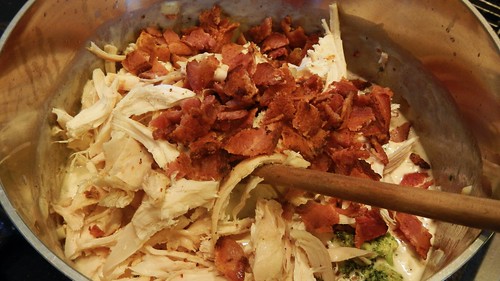 Stir that to heat things up.  You’re not really going to want to cook this for a long time. 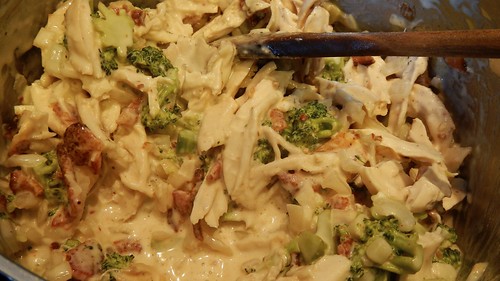 Then add in a few tablespoons pesto.  And some more cream if you want it thicker. 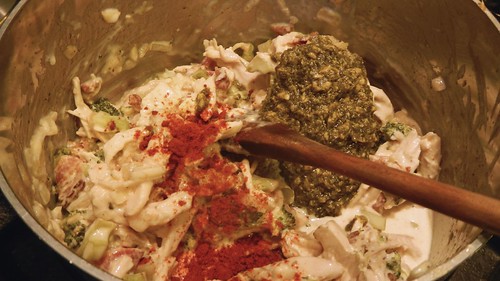 Drain the pasta and return it to the pot.  Dump the sauce over top and toss to coat.  Serve immediately, although it’s equally fantastic the next day. 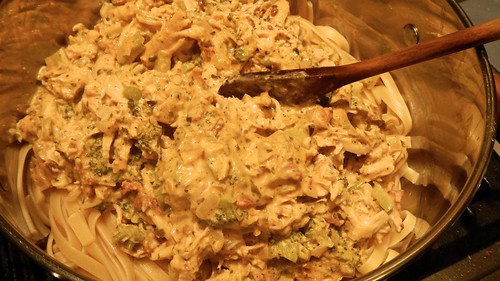 For our annual potluck, the Pie and I decided to make three hot dips and have them with crackers and vegetables for people to snack on while they waited for the rest of  our guests to arrive.  As with all slow cooker meals, the prep pictures look prettier than the final shots, so you’ll just have to take my word for it that they’re well worth eating — so worth eating, I’m giving each dip its own post this week. Today we’re making BUFFALO CHICKEN WING DIP.  This recipe may seem a little odd as a dip, but it works — trust me!

Drain a 10oz can of chunk chicken and break it up with your fork.  I think next time I make this I will use real roasted chicken instead.  But this still works.  Chuck the chunks in your 1.4qt slow cooker.

On top of that, pour in about 3/4 cup buffalo wing sauce.

And then grate over that 3/4 cups cheddar cheese.

Cook on low for 3-4 hours, stirring occasionally to melt everything together, and serve with everything you like to dip in dips!