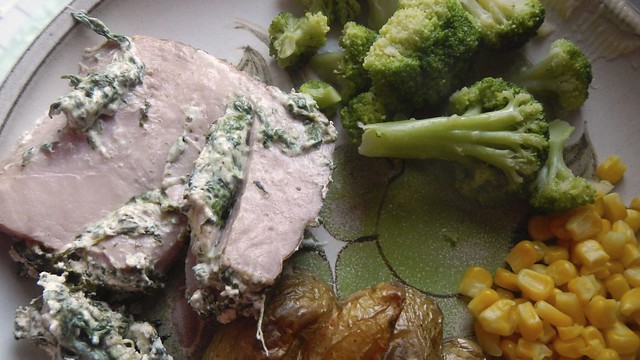 Don’t be too weirded out by that title. I mean, stuffed ham is a little odd, but it’s doable.  The Pie and I were planning a lazy Easter supper and he had hauled a small pre-cooked ham out of the freezer. But I wanted to try something a bit different so I thought, why does no one stuff hams like they do turkeys? So I gave it some thought, and I did some research. 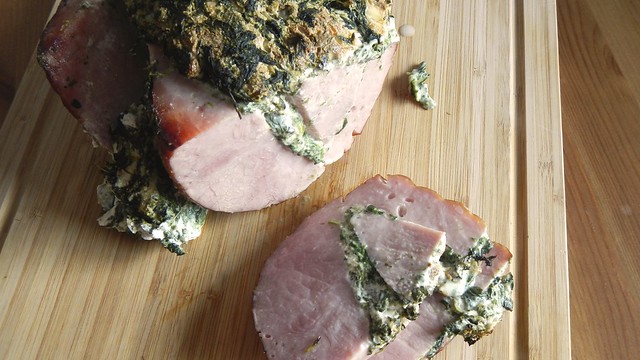 There are stuffed ham recipes involving complex cutting of grooves and bread crumbs and lots of work – usually for a larger, on-the-bone type of ham. But I wanted to be lazy and innovative all at the same time. 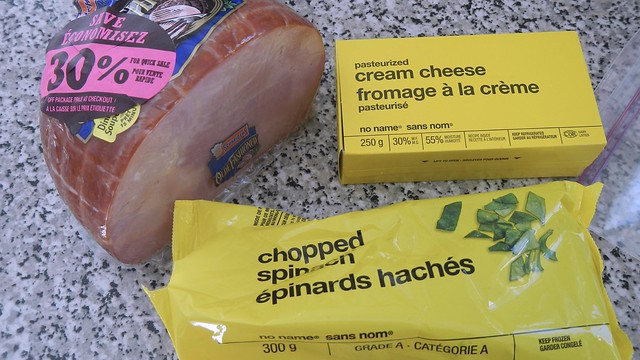 So first I thawed out about half a package of frozen spinach (ended up being about 150g). I squeezed out the extra water and chucked it in a bowl. 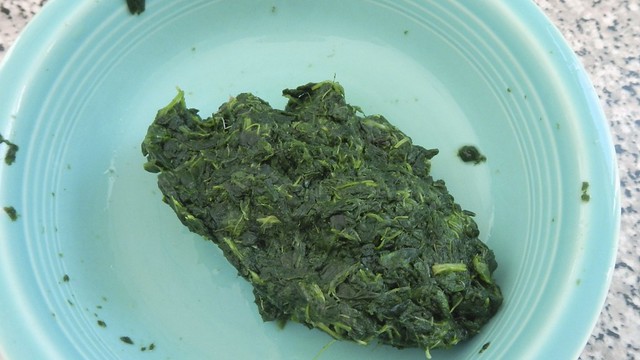 Then I added 1 package plain cream cheese (250g). It was previously frozen so that’s why it’s all crumbly like that. 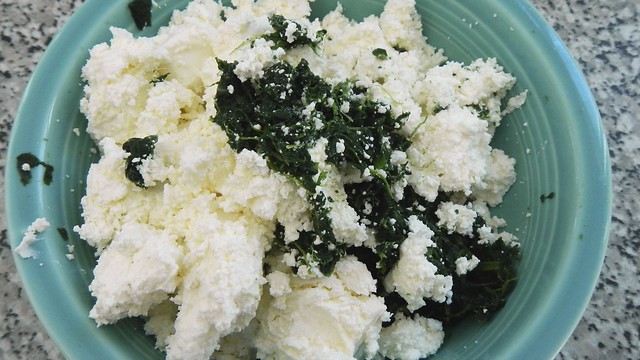 And some salt and pepper. 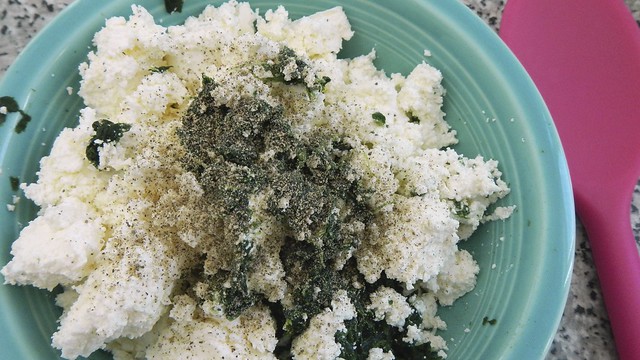 Then I realized it was in too small of a bowl so I moved it. 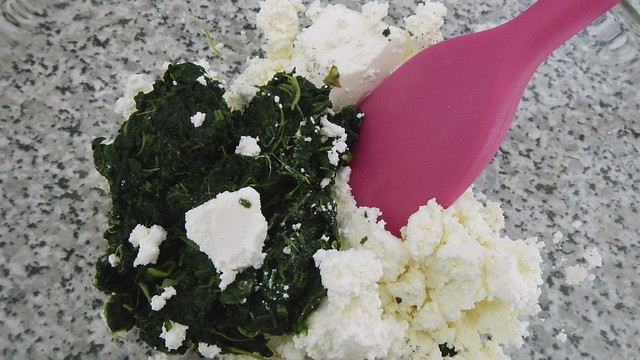 And gave it a good stirring. 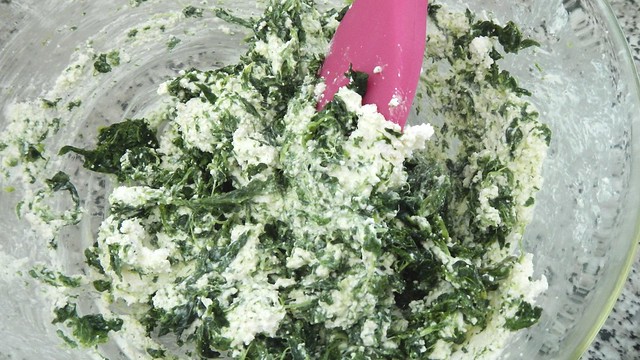 Now here I have my pre-cooked ham. 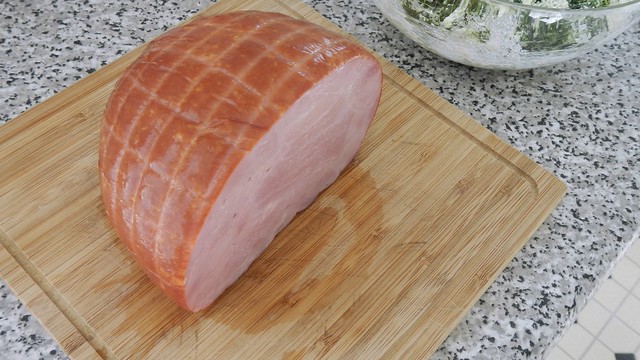 I took a paring knife to it and cut it in a spiral from the cut side (the knife didn’t go all the way through). 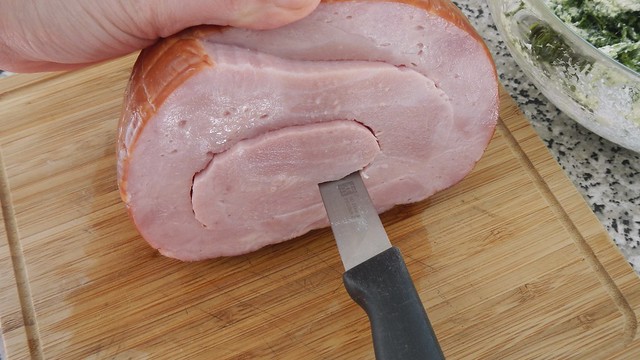 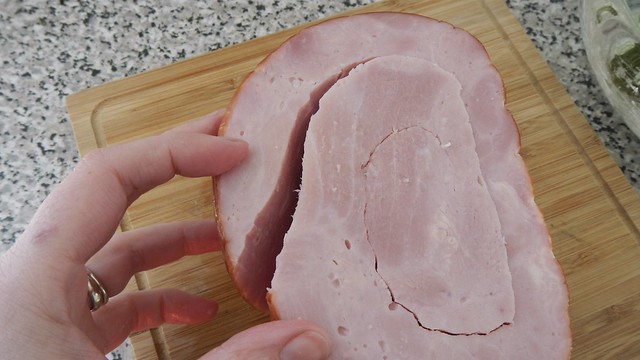 Then. Well, then I stuffed it with my cream cheese mixture. It was not as easy as I thought it would be. 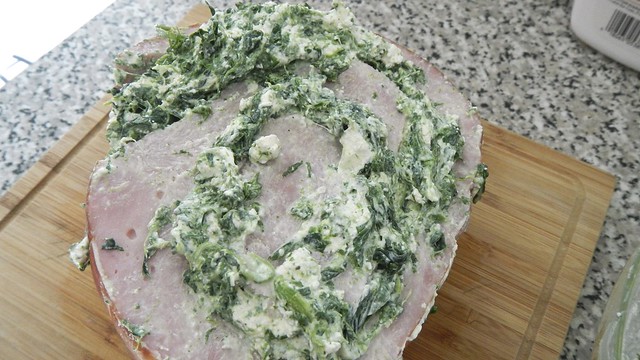 I plopped the remainder on the cut side top. 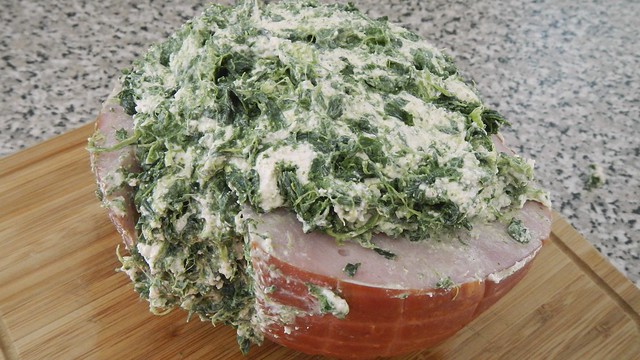 Wrapped it in tin foil, and baked it at 350°F for about an hour, until the internal temperature was about 145°F. I ended up unwrapping the aluminum foil after a while because it was doing too good a job of insulating the ham. 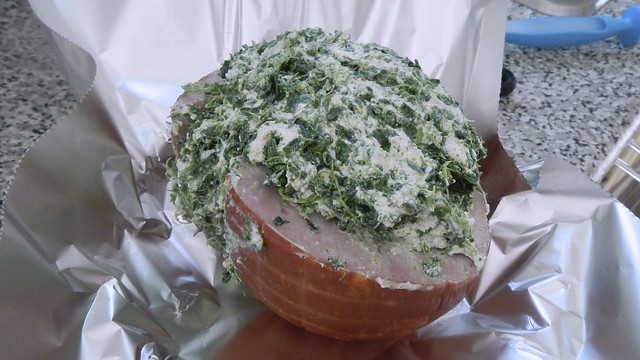 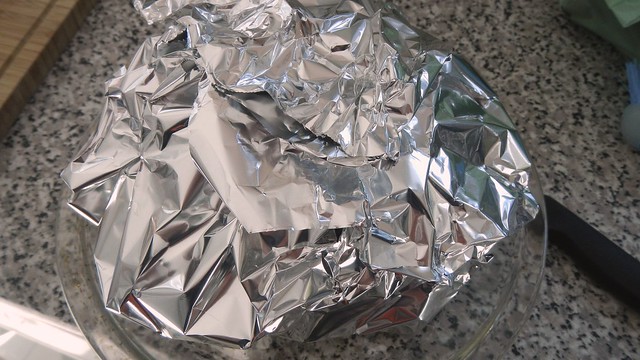 Then the question was, how do you carve it? 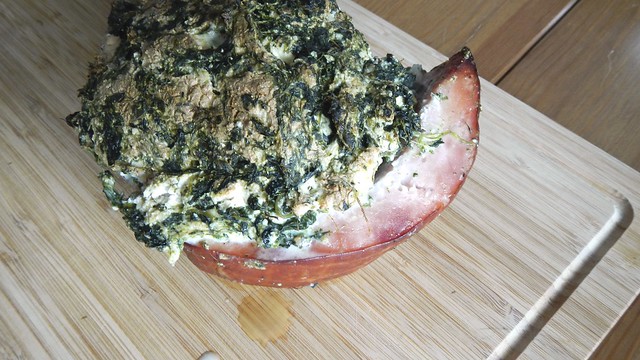 I went with plain slices. 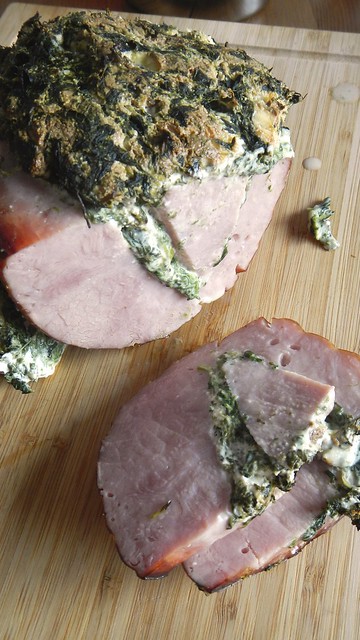 Despite it being a total madcap experiment, it was really good! 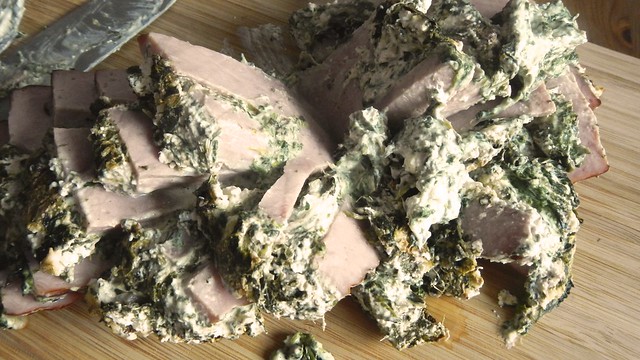