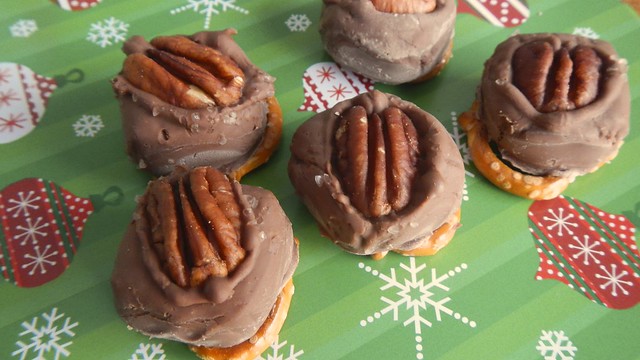 Cait and I made these on one of our baking evenings where we wanted to put in as little effort as possible. While it’s inspired by this recipe, I had trouble locating large amounts of the ingredients it required so I ended up changing things around. My process shots for this are also terrible and blurry, and for that I apologize, but you can probably figure out how to make these for yourself without them. They are a quick and easy contribution to a potluck, picnic, or gift, and are simple enough that you can do this with small children if they want to make their own gifts. 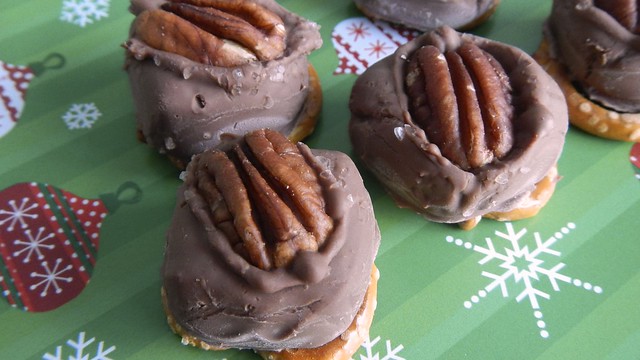 Start with a bunch of pretzels. Lay them on a baking sheet lined with parchment paper and preheat your oven to 250°F. 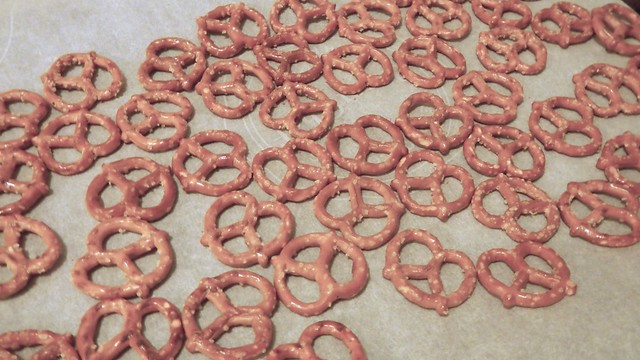 On top of each pretzel, place one chocolate-covered caramel. The original recipe called for Rolo candies, but I could only find the miniature ones at Bulk Barn so I opted for these salted chocolate caramels instead and while they were wildly expensive, they were totally worth it. 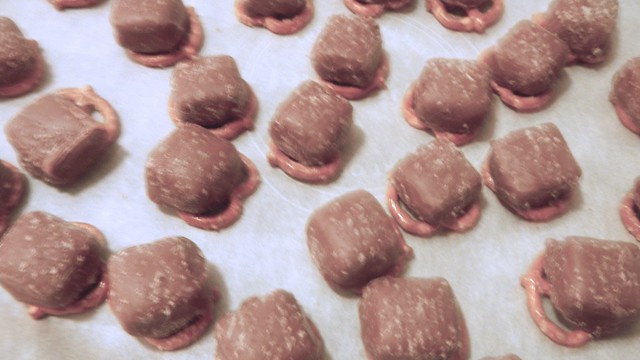 Grab a number of pecan halves equal to the number of pretzels and caramels and set them aside. Pop the tray with the caramel-topped pretzels into the oven and leave it there for 5 minutes or so, until the chocolate is melty and the caramel is squishy. The time it will be in the oven is dependent on the size and type of your caramel. 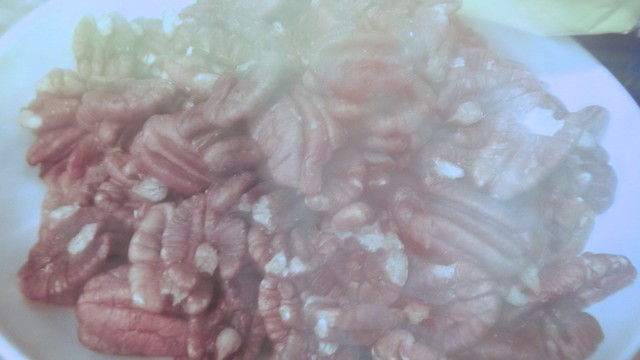 Pull the pan out of the oven and press a pecan half into each caramel. Cait was concerned about the structural integrity of the underlying pretzel so she was unwilling to squish the pecan and caramel down with any force. As a result, when the ones she made were cooled, the pretzel came off the bottom and chaos ensued. So make sure to press the pecan down firmly into the caramel and in doing so, push the caramel into the pretzel to hold everything in place. 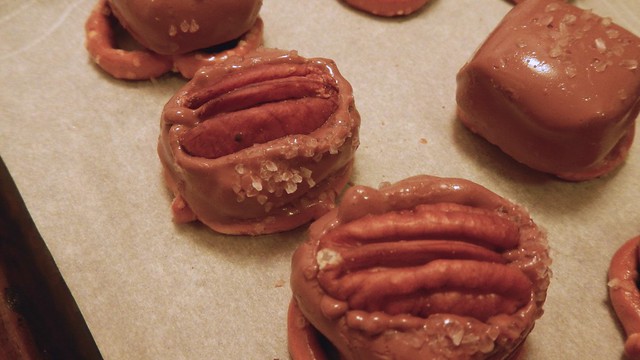 Set those aside to cool and harden, then store in airtight containers until you eat them all. 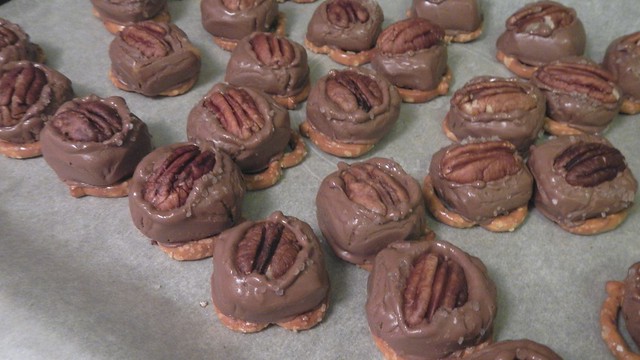 You can see that we have our festive Christmas tins ready to go here. I know it’s February, but tins are tins are tins, right? 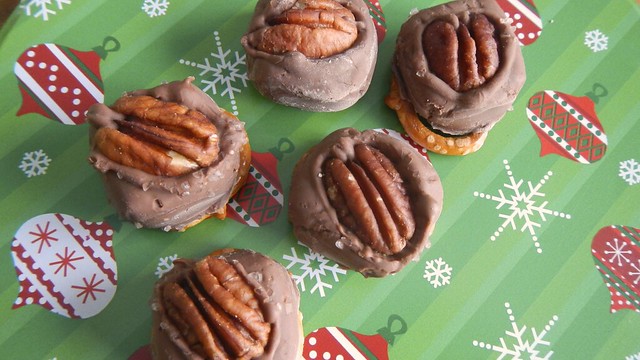 Phew.  This is the last of my backlogged posts.  I made this pecan pie, an adaptation from Epicurious, way back in October, for Thanksgiving.  Instead of the whole wheat crust, I used my new favourite recipe from The Joy of Cooking, the same one I used back when I made the two processor pies.

So, assume you’ve made one batch of dough, and you have two discs of dough to use.  I made one into a pumpkin pie, but saved the other for this recipe.  Roll it out and stuff it in the pan and whatnot, like you normally would.

Melt that sucker over medium heat until it’s all dissolved.

Increase the heat and boil that for a minute, then remove it from the heat and allow it to cool to room temperature, about 45 minutes.

In a small bowl, whisk together 3 eggs and 1 teaspoon vanilla.

Whisk in the cooled maple mixture.

Pour the filling into the crust.

Bake that sucker for about 55 minutes, or until the filling is slightly puffy around the edges and the centre is set. Mine took less time for some reason (so you see it burned a bit), but it might have had something to do with the pumpkin pie I was cooking at a slightly higher temperature.

Serve at room temperature, with a dob of whipped cream!