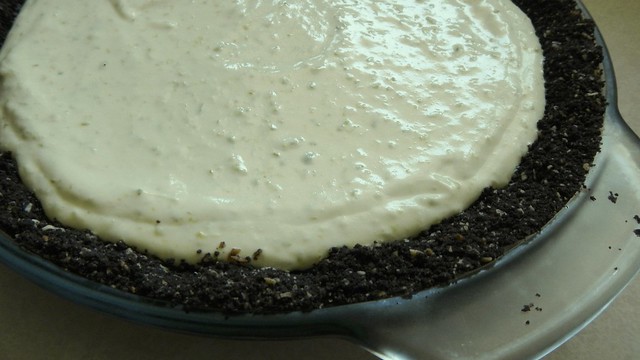 If you’ve been following our shenanigans for a while then you’ll be familiar with my recipe for Key Lim Pie, which I have slowly perfected over time. It’s the Pie’s favourite pie that I make, so when his birthday rolled around this year I decided to do my best to make it again. The thing is, it’s been really hot, and I didn’t want to do much heavy baking. Also, LongJohn decided to go through the growth spurt from hell that week as well, so I had to make something easy that I could do while pretty much wearing him constantly.

I found a few recipes online for no-bake versions but one of them required the use of a frozen can of limeade, and the other was bottled lime juice and Cool Whip. While I DID still have leftover Cool Whip in the freezer from the pre-labour cheesecake, I was reluctant to cut TOO many corners. That meant that I was at least going to use real key limes in my recipe. 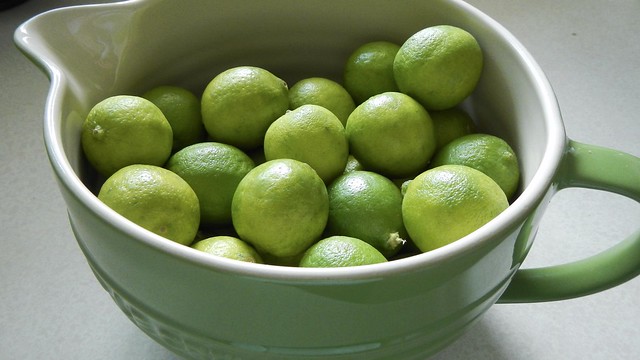 And as Fussellette was staying with us at the time, we went with gluten-free Oreo-like cookies for the crust. This recipe makes two 9″ pies. Easy peasy. 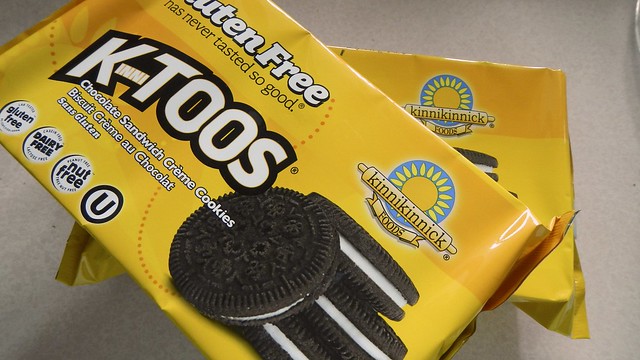 So start by chucking two packs of Oreos or Oreo-like cookies into your food processor with about 1/2 cup shredded coconut. 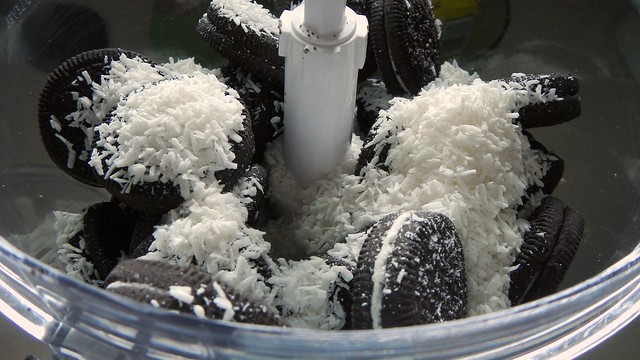 Buzz, buzz, buzz. Then tip in about 1/3 cup softened butter and give that a whaz until you get crumbs that stick together when you press on them. 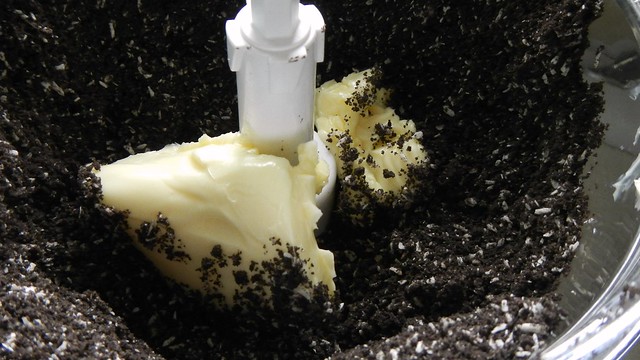 Press the crumbs into two 9″ pie dishes and bake at 350°F for about 12 minutes. Let those cool completely. I did this pie over the course of three days, so the pie crusts were done on day one. If you really don’t want to bake at all you can buy a pre-made graham crust, but I like my key lime to have a chocolate crust and they really don’t have gluten-free versions of that at the grocery store near my house. 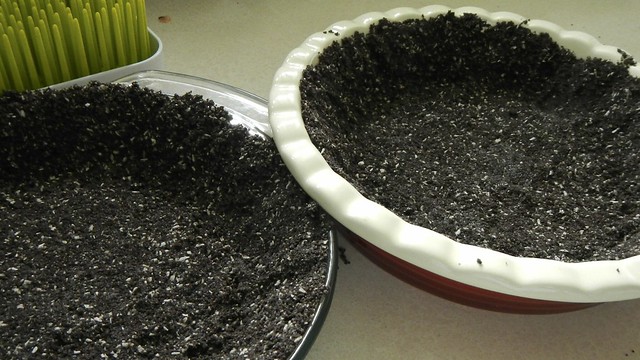 Next, we deal with the limes. For two pies you’ll need 2lbs key limes. Grate the zest from each one. It takes for-freaking-ever. 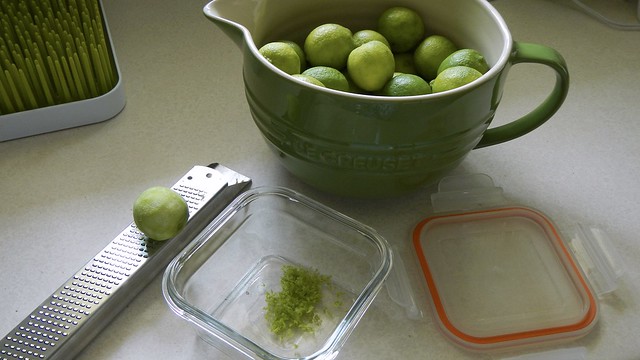 Next, you’ll need to juice them. This many limes should yield between 1 and 1 1/3 cups of juice. 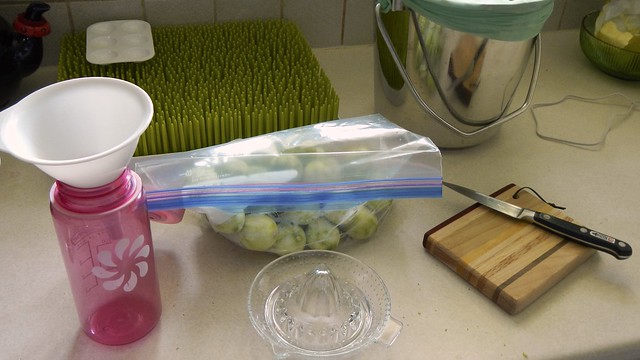 I did the grating and juicing while wearing a grumpy newborn. Pro tip: roll the limes between your palm and the cutting board before cutting them open to juice them. It bruises the little globule things that hold the juice and makes it easier for you to extract the liquid. 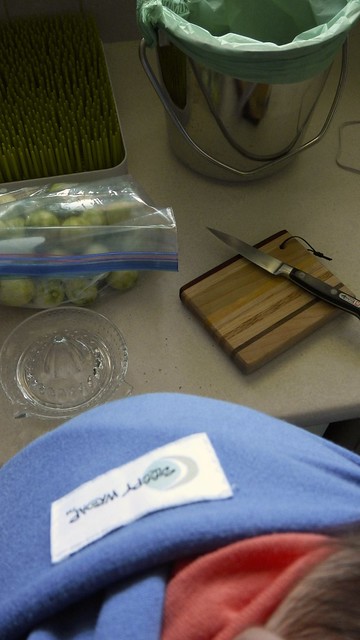 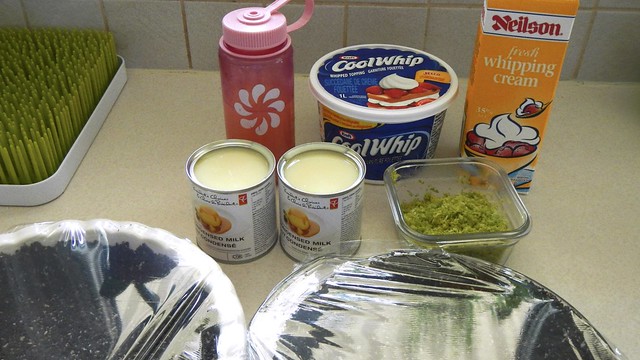 Combine all ingredients in the bowl of a mixer and stir to combine. 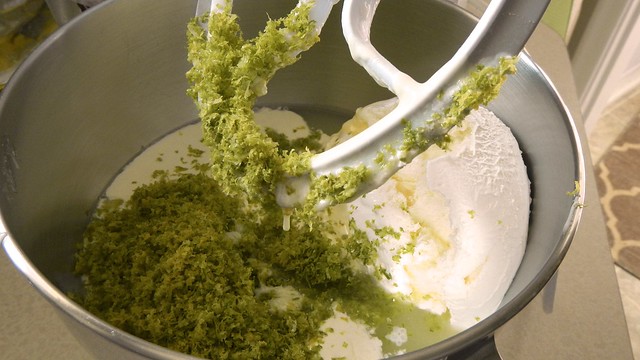 Additional pro tip: frozen Cool Whip acts like a shovel and literally scoops all your liquids out of the bowl when mixing, so I would recommend breaking it into chunks first. 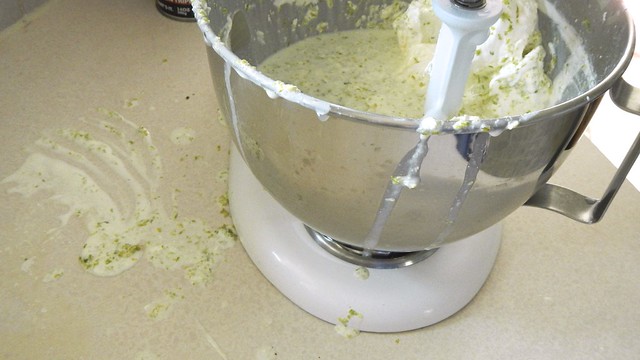 Then you can taste your filling. I may have spilled some on the baby, but he was asleep and didn’t mind. 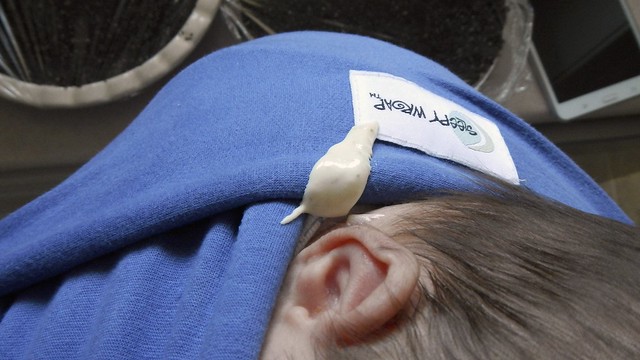 Your batter will be whitish with green flecks. Totally not authentic, but nice and tart. 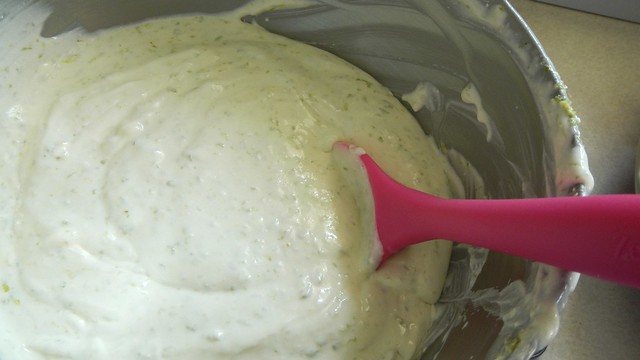 Divide the filling between the two shells. 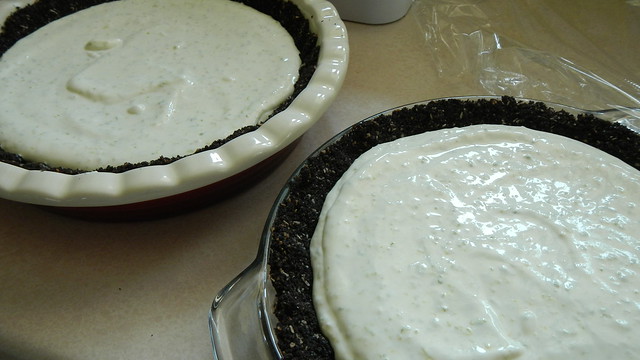 Clean up your mixer after the filling explosion. 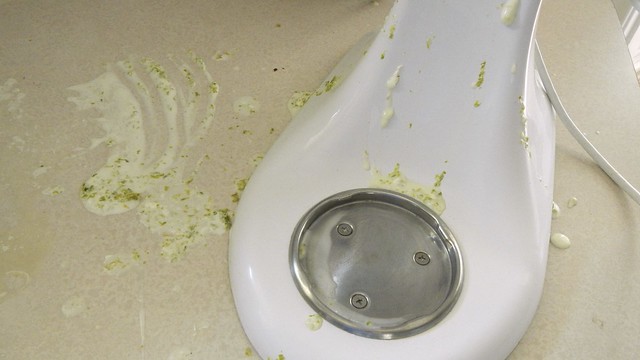 Chill the pies for a couple hours until set. 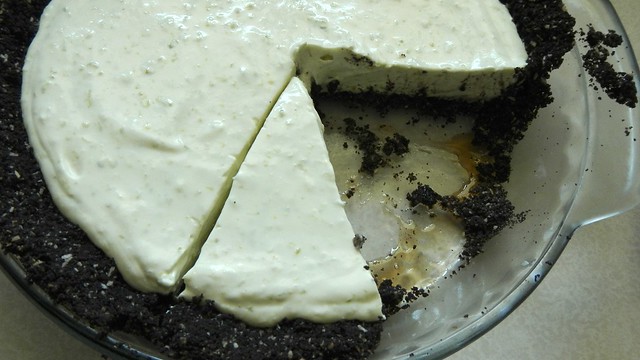 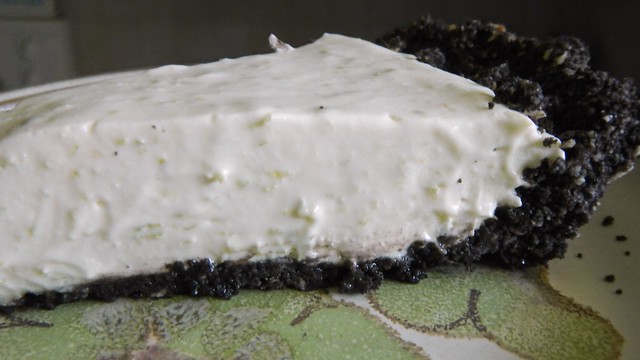 It’s my birthday.  Hooray!  Happy birthday to ME!

Normally I’m not one to make stuff out of pre-packaged food.  It’s just not my style.  For the most part, if you make something from scratch it tastes way better and is far more satisfying to make.  In this particular case, however, I think I can make an exception.

It IS my birthday, you know.  But I have to say that the word “chocolatey” versus “chocolate” is always worrisome, though these did include real chocolate after all.

Preheat your oven to 350°F and line a baking dish with parchment.  I figured that seeing as some of the contents of my dish would fit normally into a square pan, and because I had extra ingredients on top of that, I should use a bigger pan.

So you take a some chocolate chip cookie dough. In the British version, cookie dough comes in a box like cake and brownie mix, but here, unless you want it in bulk, it generally comes pre-made in refrigerated rolls.  The Londoner recommends using a teaspoon extra oil and water than recommended for the dry mix, because the cookie dough will be baking longer than usual and might dry out.  And you want this baby to be moister than moist.  So mix that up according to directions and add a bit more liquid. Smoosh the cookie dough into the bottom of the pan.  Use your fingers to make it all even and stuff. I decided I needed an extra roll of cookie dough.

Take a package of Oreo cookies (double-stuffed is better, apparently), and line them up in the tray.  She says not to use the broken ones, but how else would one fill the gaps?  It’s thrifty.  However, I didn’t have any broken ones.  Way to go, modern packaging.

And I didn’t have enough Oreos, actually.  So I moved everything to a smaller pan, which just involved some re-smooshing, and was very easy.

Still didn’t have enough Oreos, though, and I couldn’t justify going out for another package when I was only a few short.

So I just moved them over a bit.

THEN.  Then.  You take a box of brownie mix.  And you mix that up according to its directions. Mine had chocolate chunks in it!

No need to add anything extra.  Just do it.  Giv’er.

Pour that loveliness over top of the Oreos.  I’m serious.  Do it.  If you used a bigger pan like me you will need to spread it carefully so everything is covered.

Bake that sucker for 40-50 whole minutes, then remove from the oven and put on a wire rack to cool.  Mine was big, so it actually took an hour.  A smaller pan would probably take you about 30 minutes. Look at that lovely shiny/crackly top!

When it’s still a little warm, use the parchment as handles to remove the gloriousness from the confines of the pan, set it on a cutting board, and cut it up.  I recommend smallish cubes, as larger cubes of the stuff might result in DEATH.  And nobody likes death.

Serve it up with a dollop of ice cream on top, or whipped cream, or caramel sauce, or fudge sauce, or all four in combination.  With a cherry on top.  And sprinkles.  Okay maybe I’m getting ahead of myself.

And I’m not going to give you storage instructions because if you have any sense, there won’t be any left to store.

* This is actually a lie.  I don’t do ANYTHING on my birthday.  It’s a rule.  I made these a week BEFORE my birthday (because despite what you may believe I don’t get up at the crack of dawn and bake in time for a 7AM NST post).  The Pie is creating a magical birthday cake for me as we speak.  There may be a post on it.  Who knows.