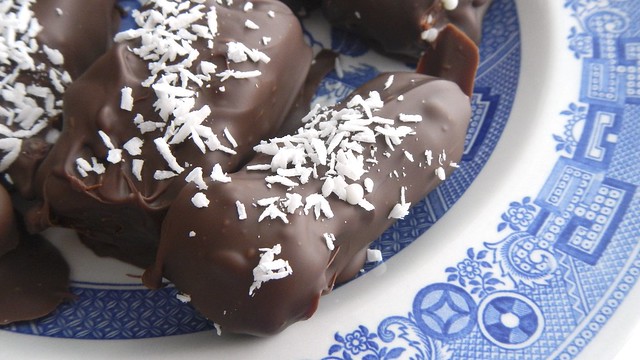 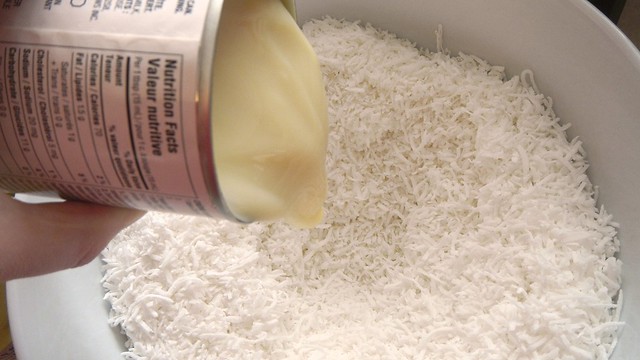 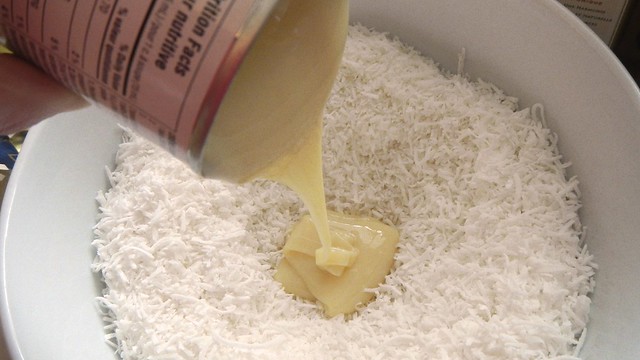 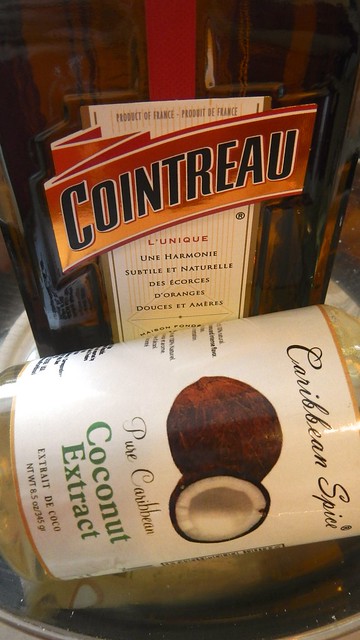 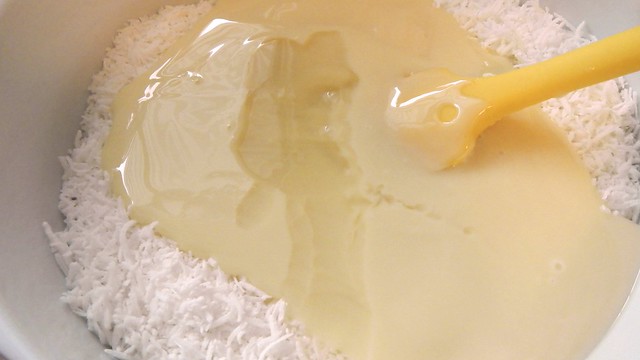 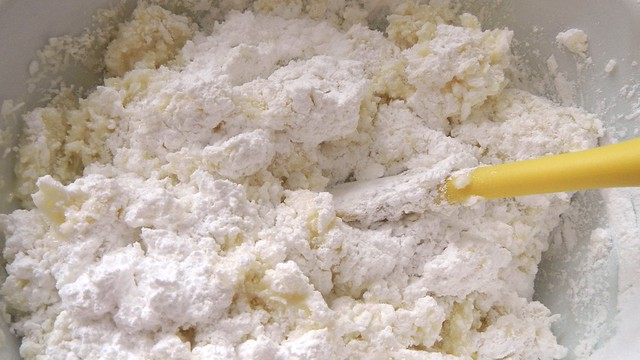 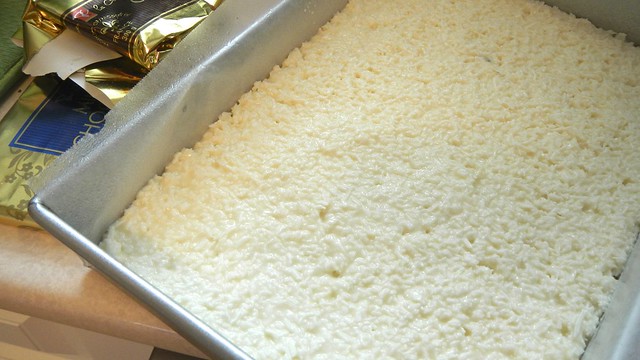 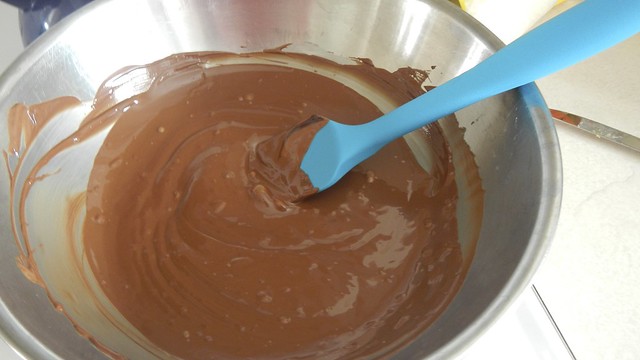 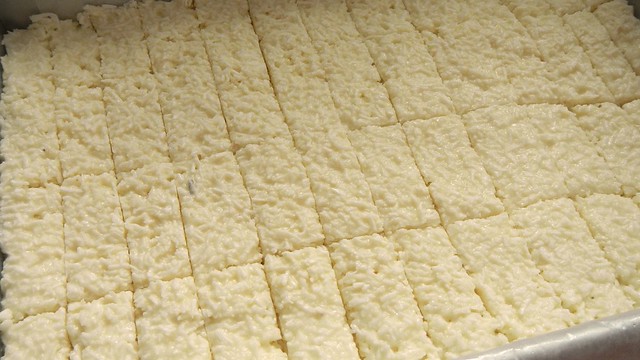 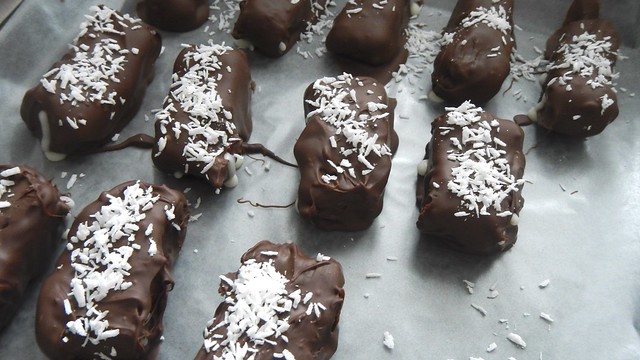 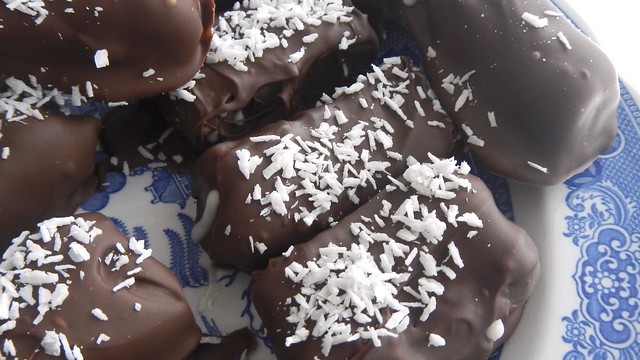 … Otherwise known as BISCOTTI.  If you WANT to call it that. Cait likes to make biscotti every year and this year she dragged me over to help her out and learn a few things. We doubled our recipe but we were making a billion, so I’ll give you the single recipe here, which produces one heckuva lotta biscotti.

Start with your dry ingredients.  In a small bowl, whisk together 2 1/4 cups all-purpose flour and 1 1/2 teaspoons baking powder.  We were also making a gluten-free version for Cait’s sister Jul so we did the same recipe again with the Robin Hood ready to go gluten-free flour.

Add to that 2 eggs and 2 teaspoons vanilla extract and mix until well combined.  If you had an electric mixer this would be an easier task, but I only had my trusty wooden spoon.

Finely grate the zest of 2 oranges (eat the oranges because you need vitamin C this time of year) and plop that into the mix, together with 3 tablespoons Grand Marnier or other orange liqueur.

Slowly add your flour mix into your wet mix, then add in about a cup of your nut of choice and some chocolate chips (again, probably about a cup — we just dumped the package in).

At this point stirring becomes next to impossible, so I made Cait take over and she kneaded the dough into submission.

The gluten-free version was even tougher and she had to wrestle it to the floor in order to get some leverage.  We ended up adding a whole lotta extra booze to the GF version just to moisten it.  Whoops.

Form your dough into a happy ball and chuck it in the fridge to chill out for about 20 minutes.  While this is going on you can preheat your oven to 350°F and line some baking sheets with parchment paper.

When the dough is chilled, separate it into several little tubes.

Roll the tubes out into long rectangles about 3/4″ thick and 4″ wide.  Our GF ones were a little thicker.

Place as many rectangles as you can fit on your baking trays (don’t worry, they’re not going to expand too much) and chuck them in the oven for 30 minutes to bake.

Using a sharp bread knife and a downwards cut, slice your biscotti into 1″ wide pieces.

The GF ones began their structural crumble at this point.

Tip your biscotti pieces until they’re cut-side-up and bake them for a further 30 minutes.  Let cool to room temperature before storing or serving.

The gluten-free ones, made with the Robin Hood gluten-free flour, did not turn out as well.  To boost cohesion, we ended up dumping a huge amount of Grand Marnier into the mix.  I think in retrospect, I would have used an extra egg, and I would have made my own flour mix.  I think in this one I would have employed a bit of coconut flour, which I like for its relative stickiness, as well as some xanthan gum for its gluey properties.

We packed them up in festive baggies!