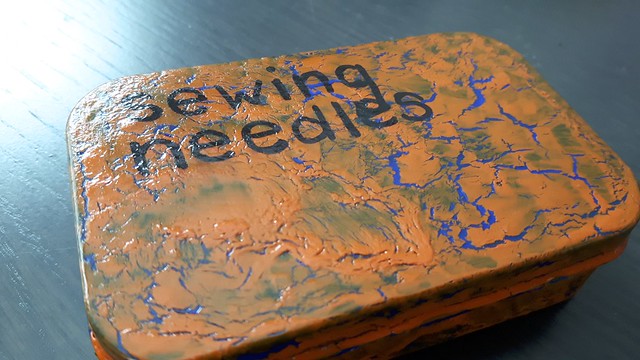 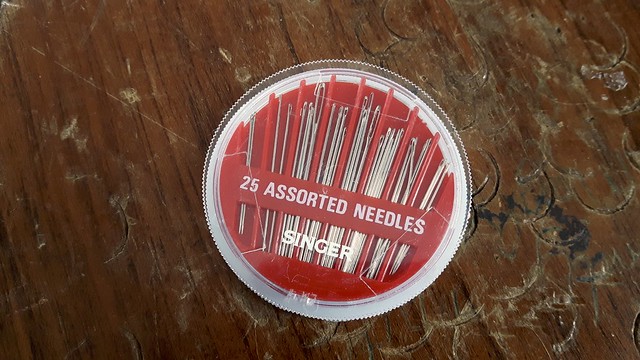 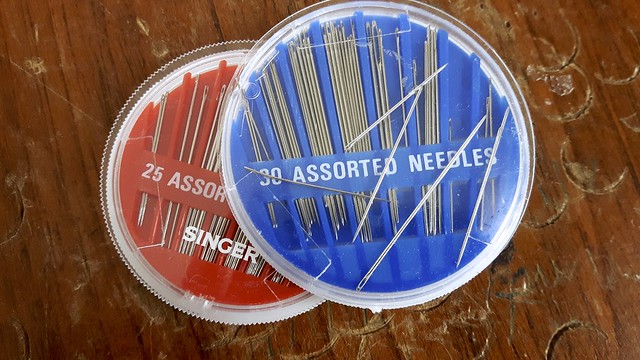 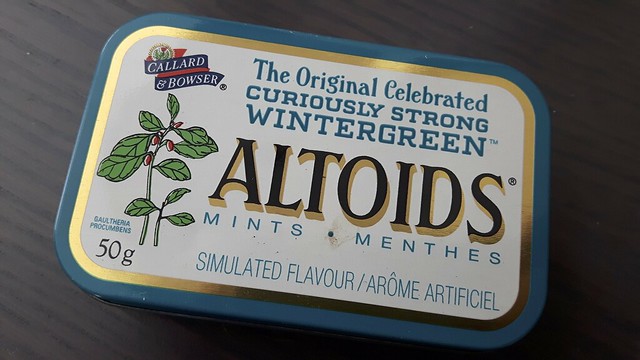 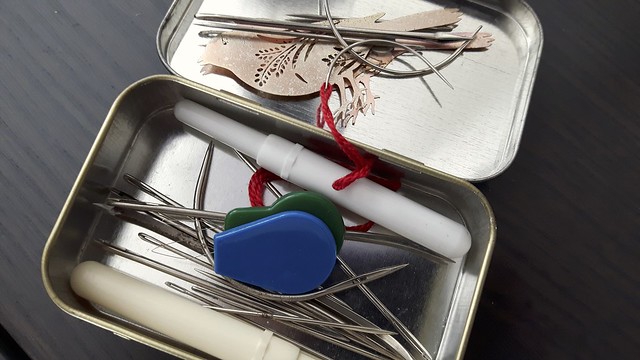 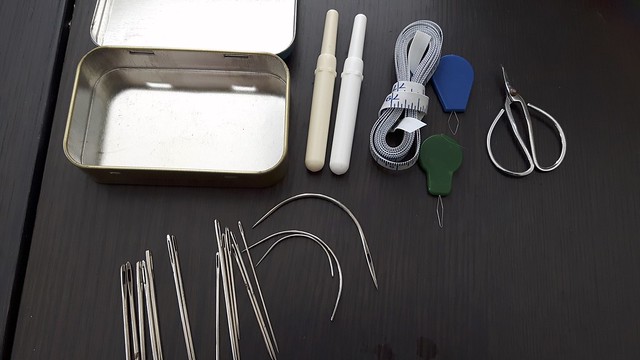 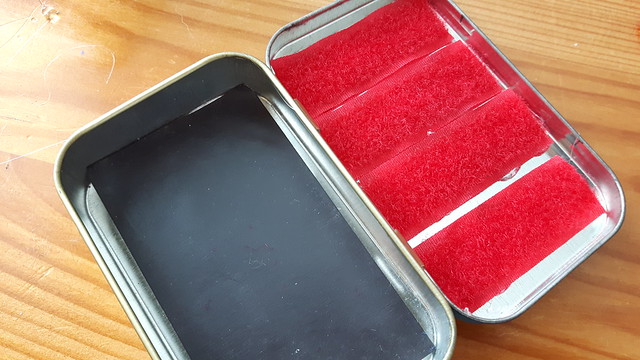 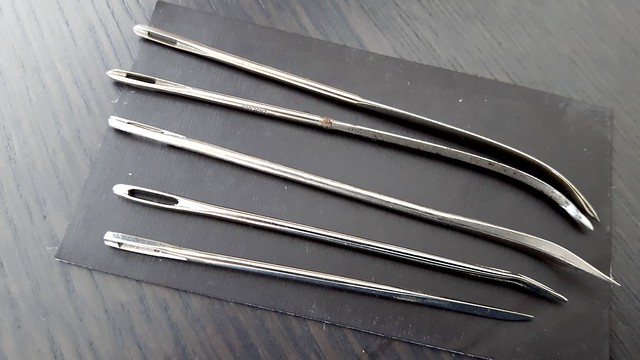 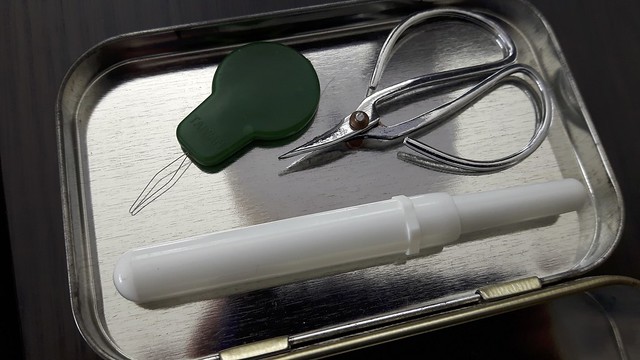 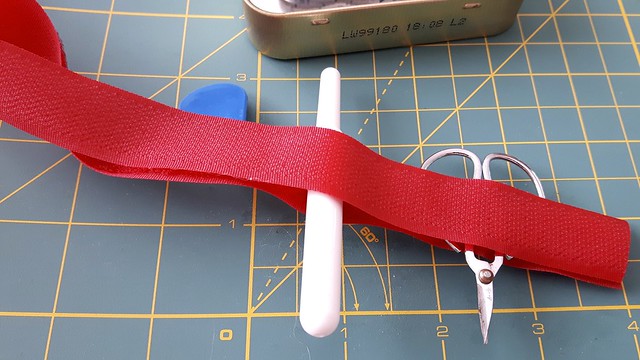 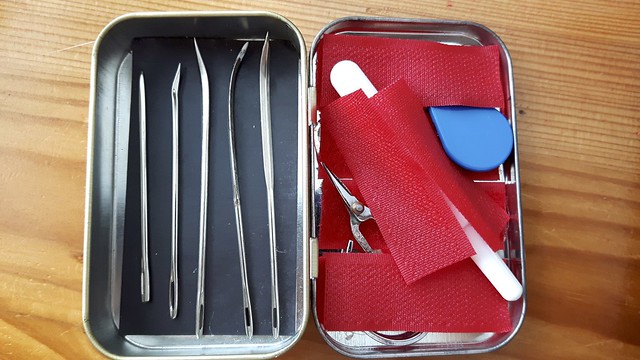 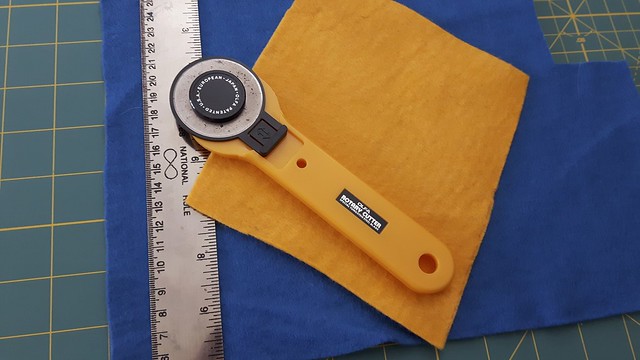 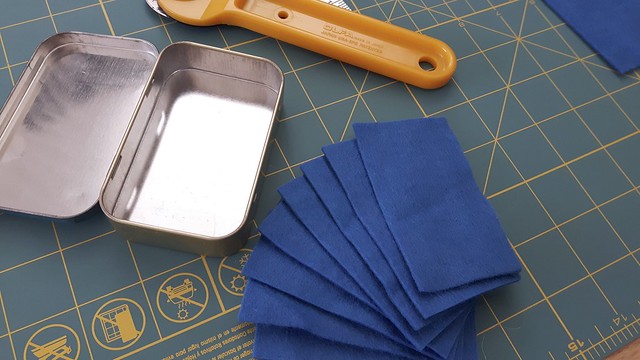 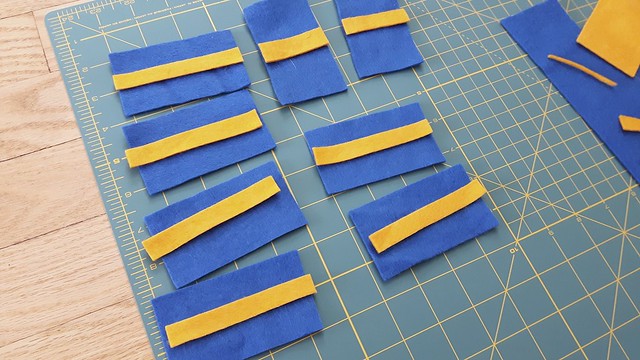 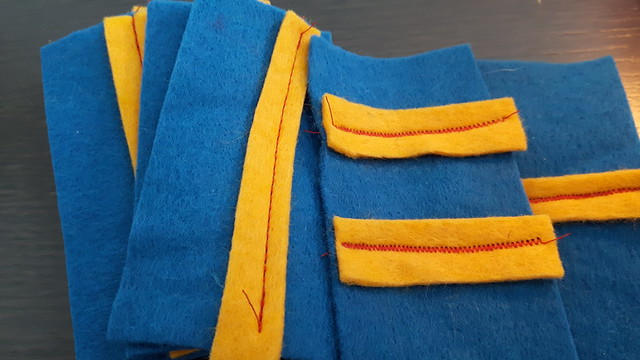 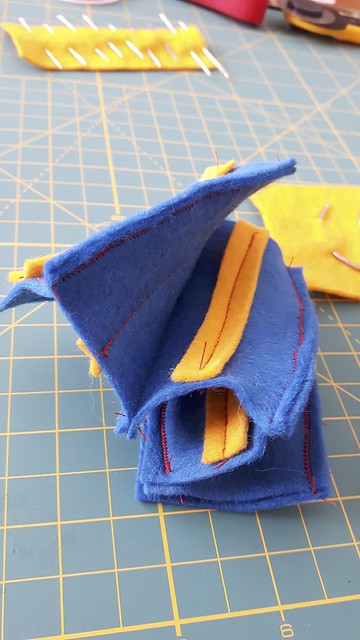 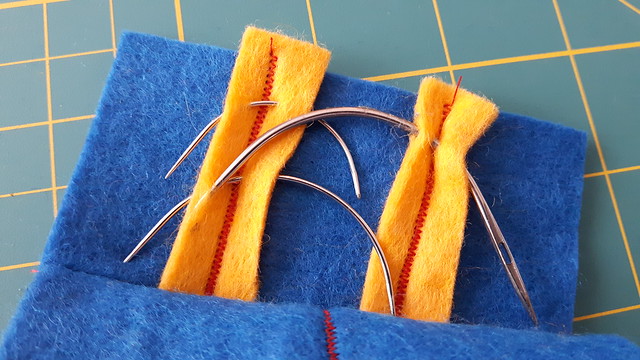 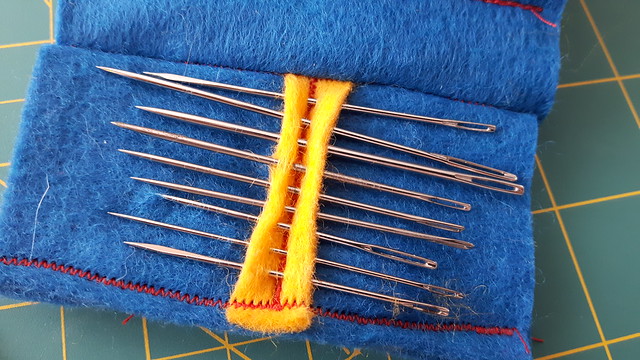 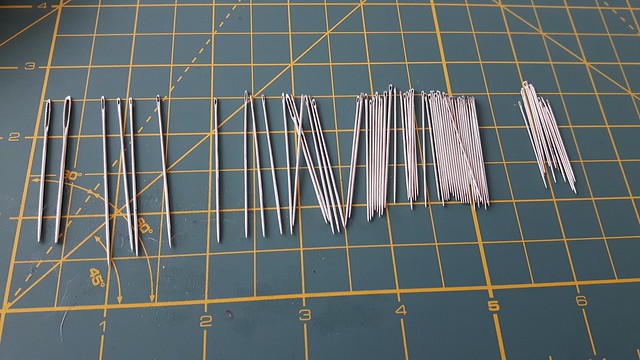 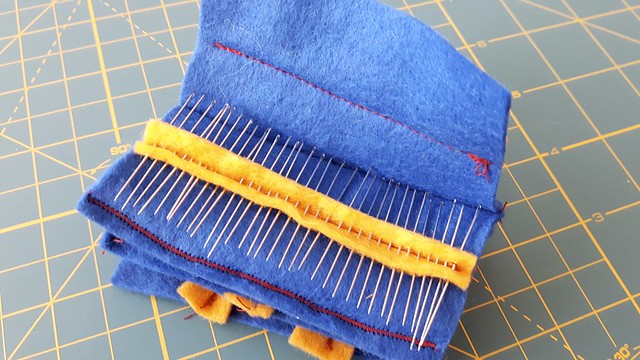 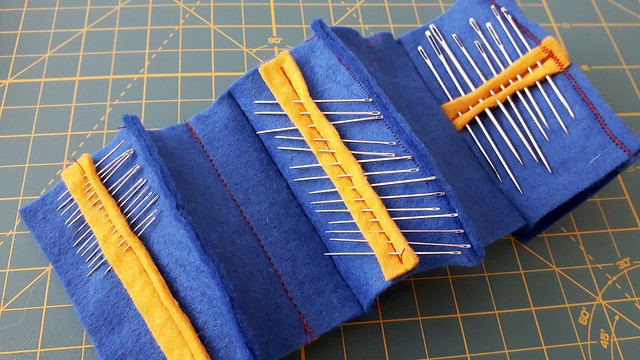 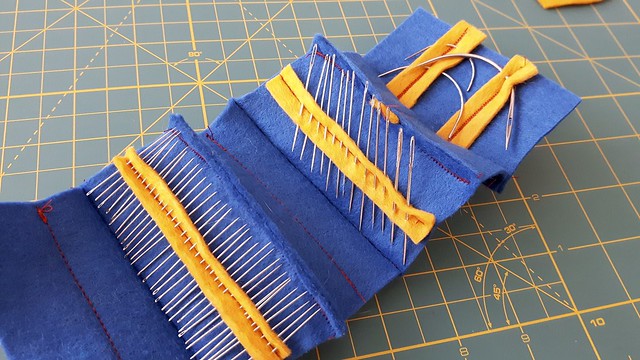 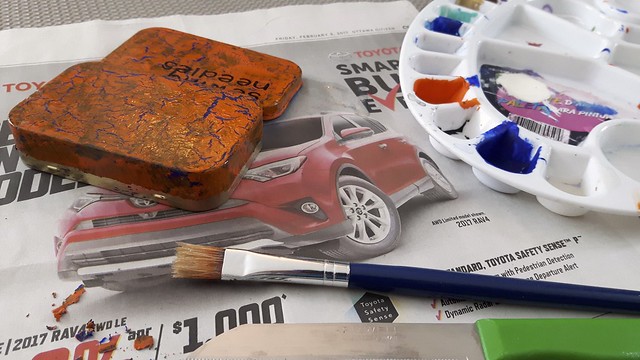 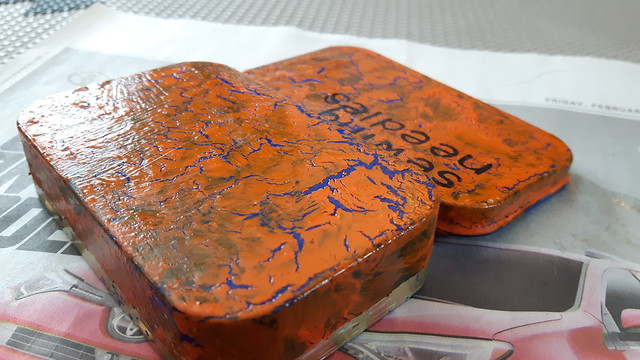 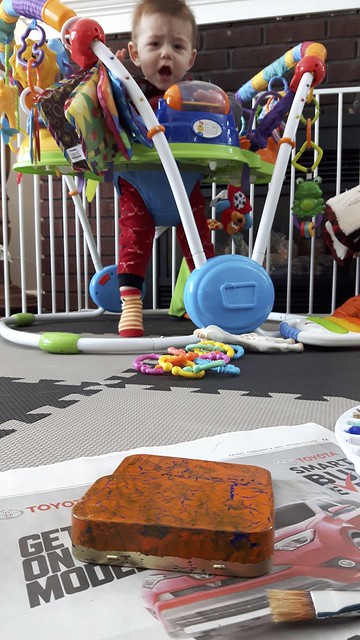 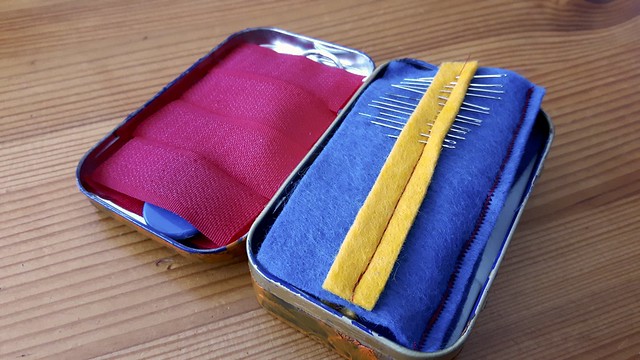 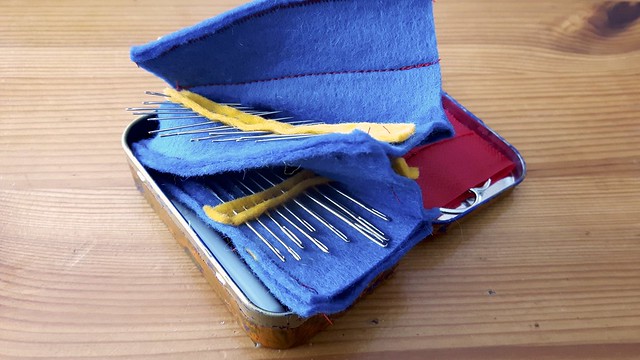 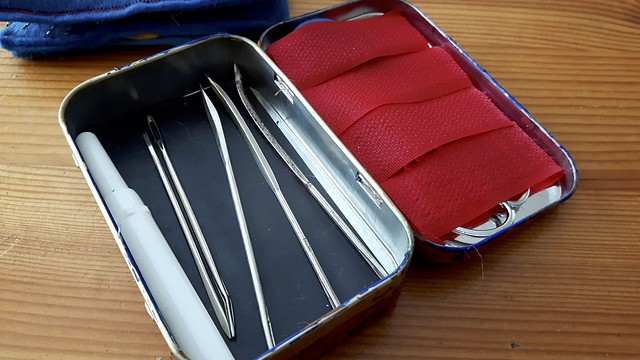 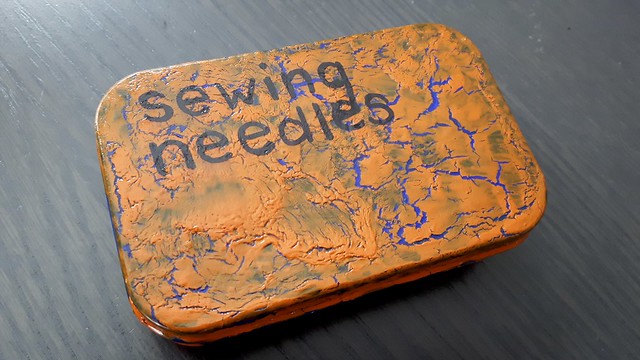 Last time we ended with knitting up to the top of the thumb.

Now we are going to start decreasing our stitches in order to taper over the fingers.  First, count the number of stitches you have.

In this case I had 34 stitches.  You will of course have more if you are making larger mittens, or less if you are making smaller mittens.  You will want to decrease your stitches at 5 different points in your row, as evenly spaced out as possible.  Thirty-four is not evenly divisible by five, so I fudged it a bit.  Here I knit two together at every 7th stitch, with the last going at the 6th.

In the next row, decrease again, knitting two together in the same places you did it last time.  Remember that you now have four less stitches, so adjust your count accordingly.  Keep going until you reach the top of your hand.

So you have stitches here on 3 needles.

We want all the stitches on 2 needles only now, divided evenly, so start sliding stitches from your middle needle onto the other two until it’s empty and stitches on both sides are equal.

Now we start the grafting process. For this you will need a darning needle or blunt tapestry needle.

I’m not sure I can explain this properly, so I’m not going to bother.  But here is a pretty clear explanation.  Essentially you use the needle as a knitting needle and alternately purl and knit your stitches off the needle, pulling off every second one.

For my first try I didn’t do a very good job.  I think I forgot to stick the needle in knitways and purlways, only doing it purlways, and so my edge is not as good as it could be.

Now turn the mitten inside out and stick your needle through.

Finish it off with a few hidden stitches and tie a knot.

In our final lesson we will learn how to finish off the thumb.  Stay tuned!

If you’ve been following along, you know that my grandmother is teaching my mother and I how to knit mittens on four needles.  Check back for part one and part two of the lesson.

Last time we knit up until we reached the thumb, or the spot where the thumb connects to the hand.

For this next part you will need a large safety pin.  You can also use a stitch holder, which is basically a giant safety pin, but the safety pin is smaller and won’t get in your way here.

Knit around to your first purl stitch (or if, like me, you apparently knit backwards, your first knit stitch).  Knit that one, then slide the next 8 stitches onto the safety pin (those are the ones between the two purled lines).  Knit the last stitch in the row.

Now your thumb stitches are secured and will happily wait until you get back to them.

So now you want to knit around the row again until you reach the point where your stitches are hanging out on the safety pin.  Cast on another 6 stitches right here.

This is the part that fills in the hole left by the thumb.

Now just keep knitting and knitting.  You see how there is now a gap for the thumb to go.

Keep knitting away until your rows are even with the top of your thumb.  More on that next time.