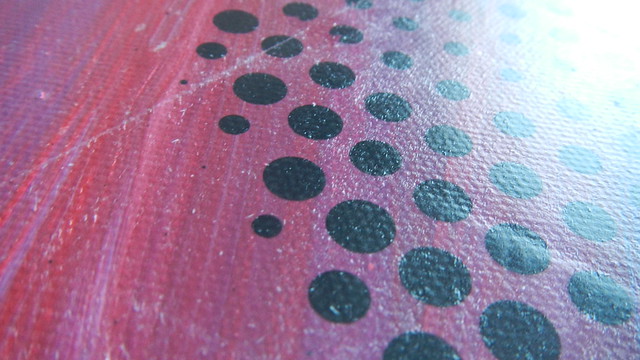 I’ve been sitting on this project for what feels like FOREVER.  I made it for the Pie’s birthday and despite it being a first attempt I’m nevertheless pretty stoked about how it turned out.

I’ve seen a few blog posts on the internet where people take photos or photocopies and use a medium to transfer them to canvas or wood for a folksy sort of artistic-like thing.  And I wanted to do that.  So I did.  But a bit differently.  You’ll have to forgive the photo quality, as I did most of this at night while the Pie was out.  Playing Street Fighter.

First I took this image, which is Hakan, the Pie’s character of choice in Super Street Fighter 4.  You may remember him from a birthday cake I made a few years back.

Then I ran it through Rasterbator.  Because I like dots. 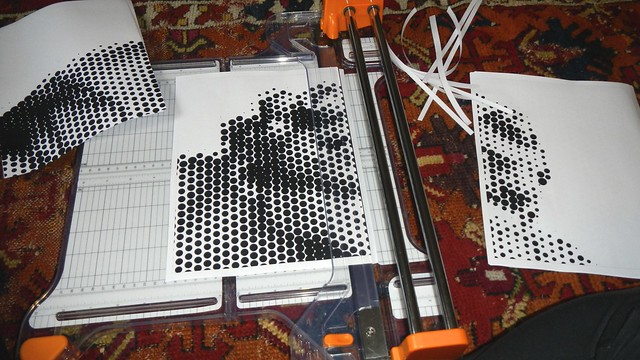 Then I printed it out. Trimmed it. 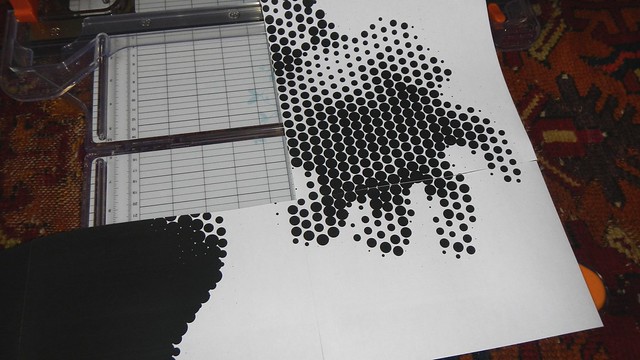 Assembled it with tape.  If I did this again I would skip the tape part and just assemble it in situ. 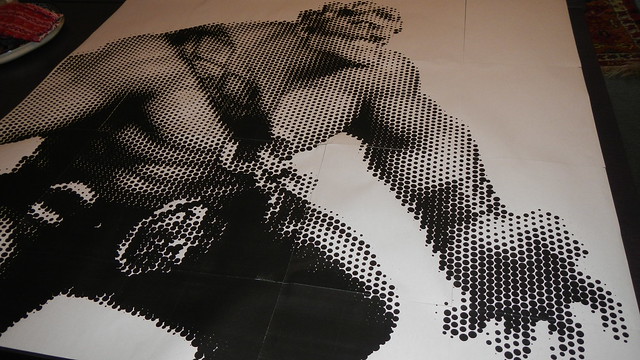 Then I cut it into four pieces and hid them in the closet where the fuse box is and worked on my canvas. 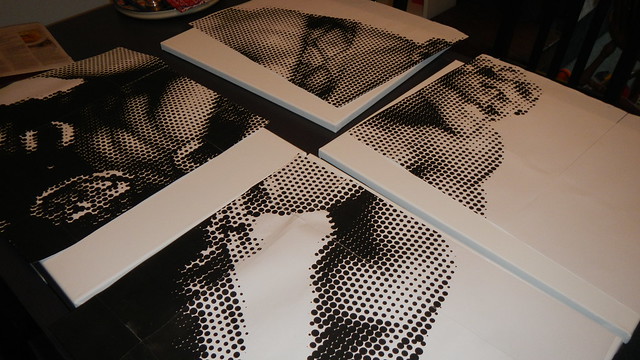 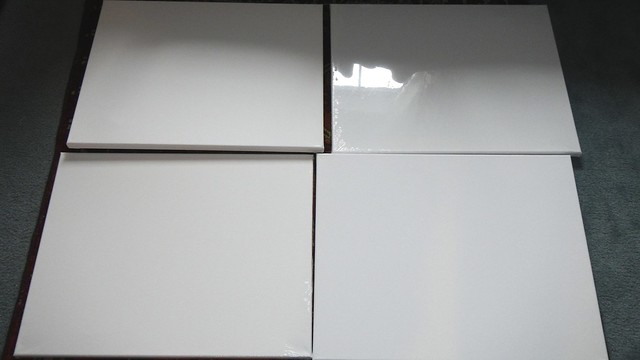 Hakan’s colours are sort of maroon-y purple and turquoise, so I vaguely mixed some craft paint together in a dish and smeared it across the four canvases. 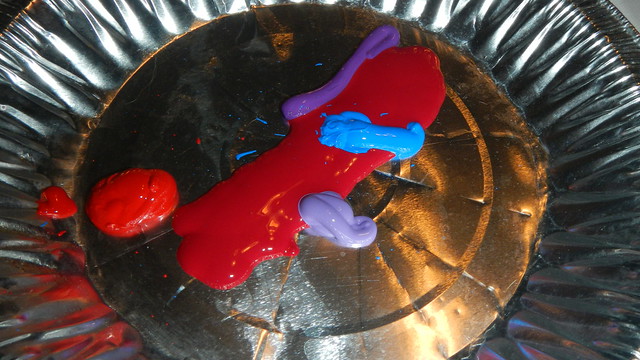 I’m quite pleased with the effect. 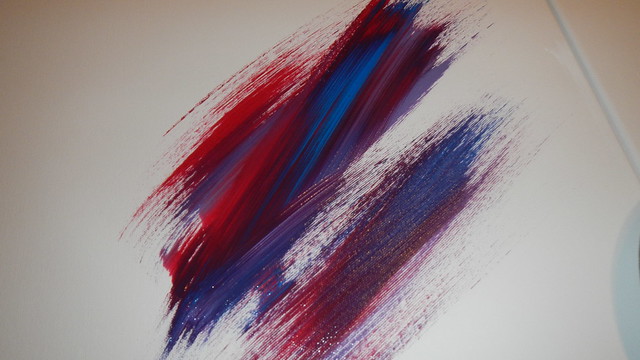 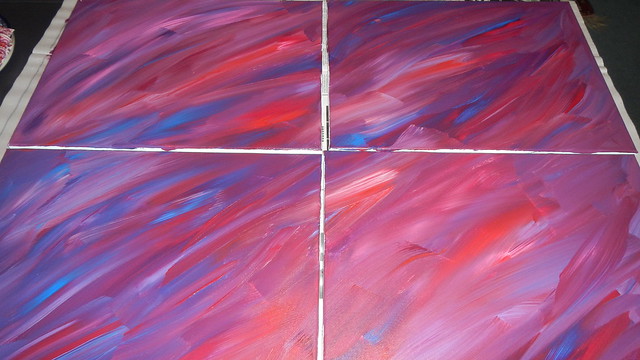 Once it was dry I grabbed my gel medium. 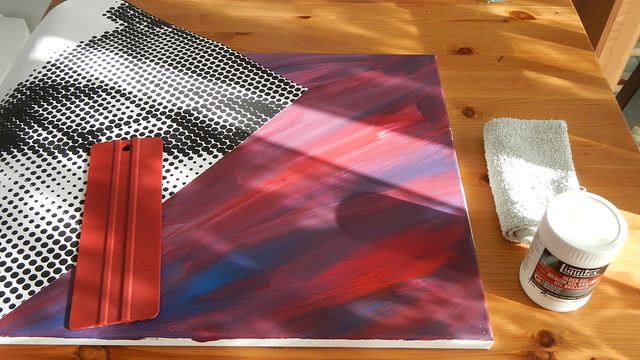 I smeared that generously across the whole surface of each canvas. 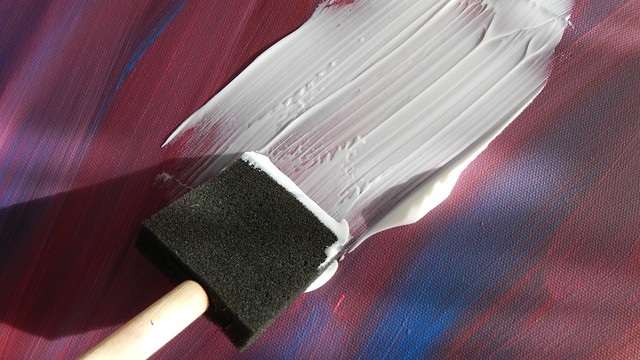 I then used my screen printing squeegee to smooth the printout pieces face down onto the gel medium.  It’s important to note here that your image will be reversed from how you originally printed it out. 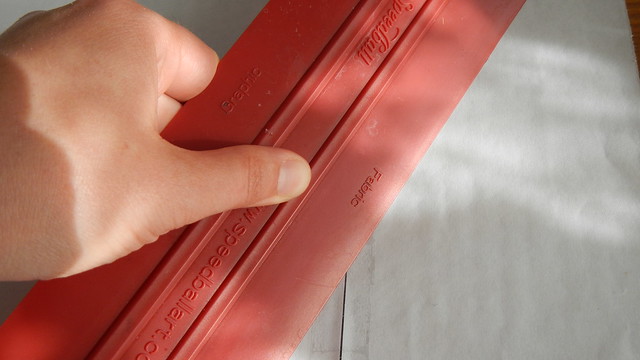 Then I hid it back in the fuse box closet to dry overnight.

To remove the paper, spray it with water and get it nice and soaked.  Then you can just peel off the other ply of the paper, leaving the ply with the design on it stuck to the medium. 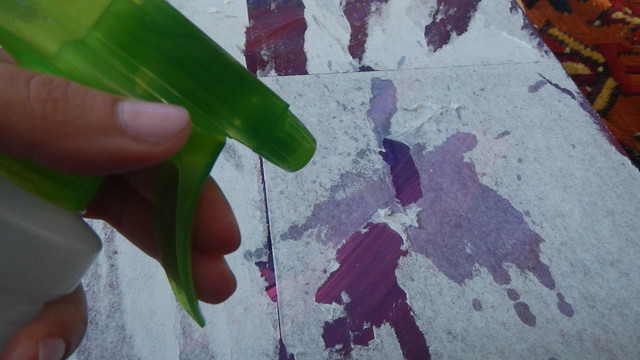 You can use your fingers or a soft towel.  If you pull up some of the design, don’t freak out — this is supposed to look a little weathered. 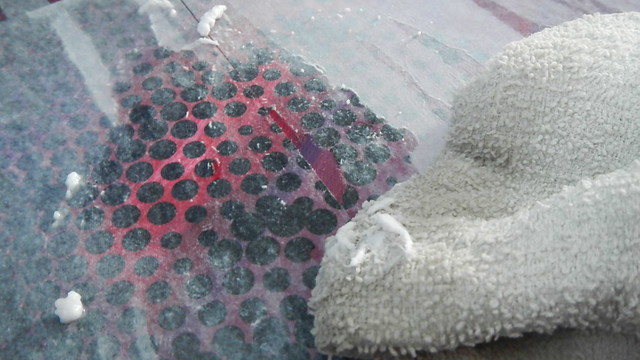 I used a gentle scrubby for it as well. 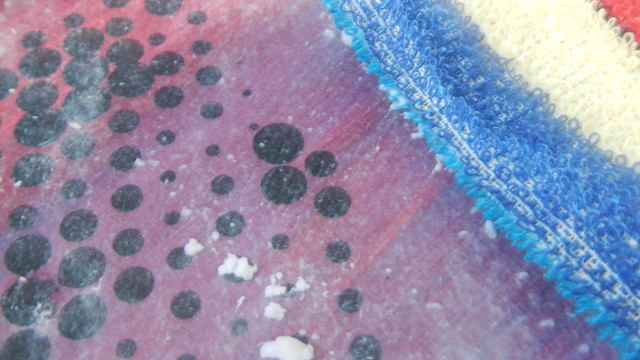 This takes for-freaking-EVER, FYI.  And it’s messy.  Paper bits get everywhere.  This is blurry but you can see the scrubbed side versus the non-scrubbed side. 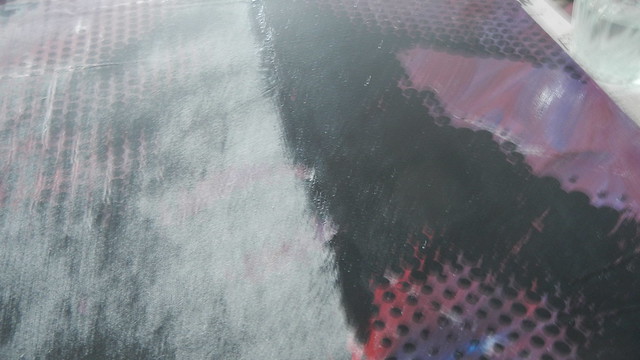 And then once it dries you can still see some white leftover.  So I went over mine a few times. 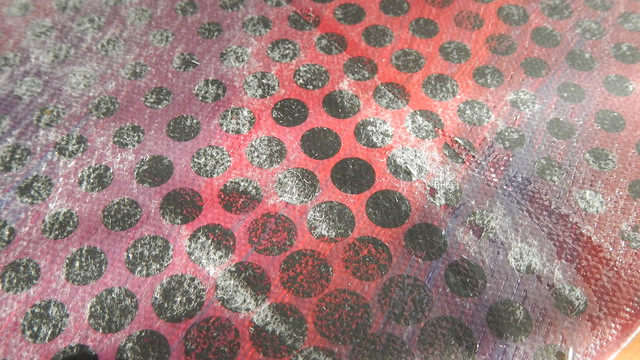 Eventually I had to give up and just leave it as-is.  It’s not supposed to be perfect, in any case. 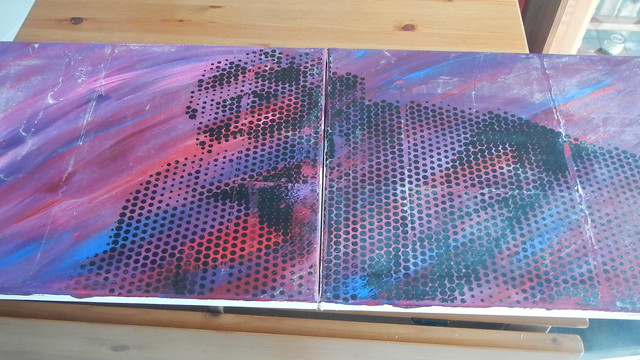 Some of my dots are missing. 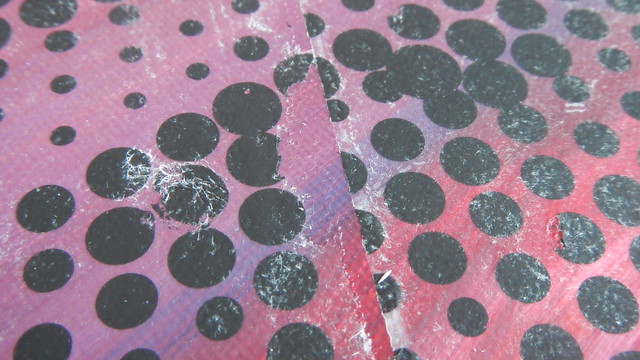 But the rest looks pretty badass. 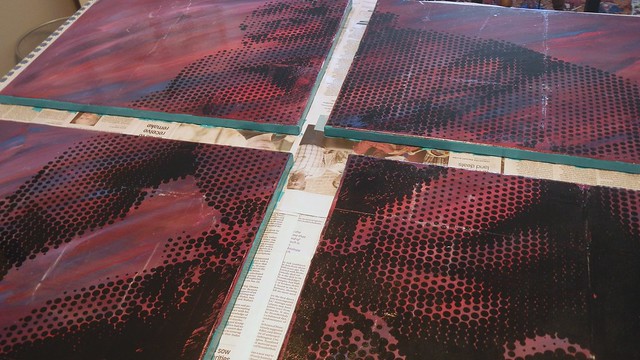 Look now neat that is!  I did fill in a few spots with black craft paint where I thought it was necessary.

To get rid of some of the whiteness, I coated the whole thing with glossy polyurethane top coat a few times. 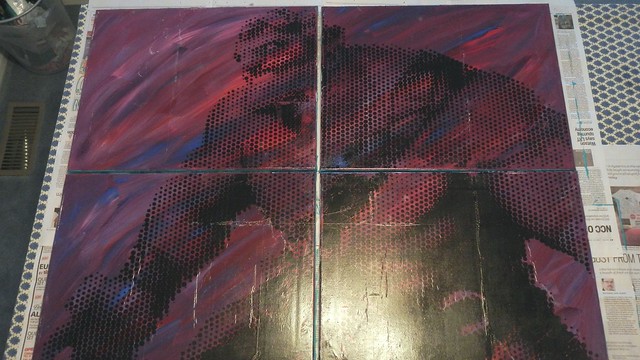 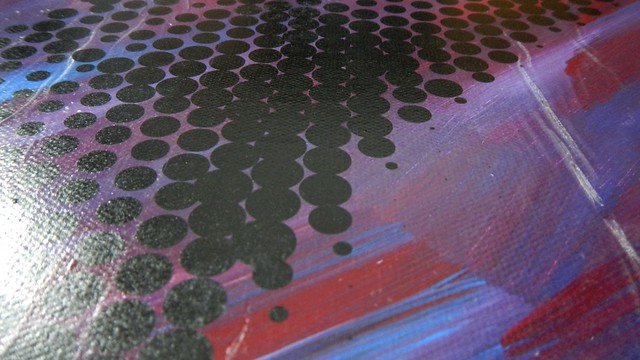 The finished piece, assembled on the floor. 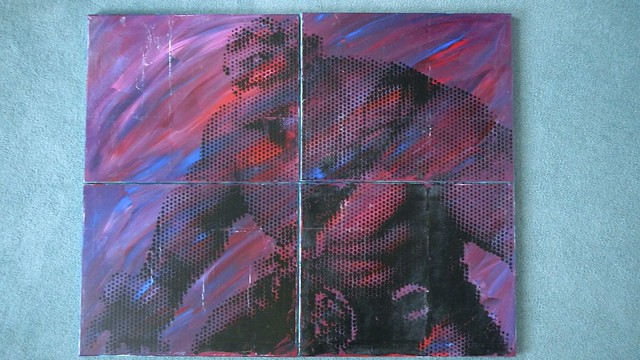 Now to make it hang-able.  Gren stood watch for me while I did this in secret. 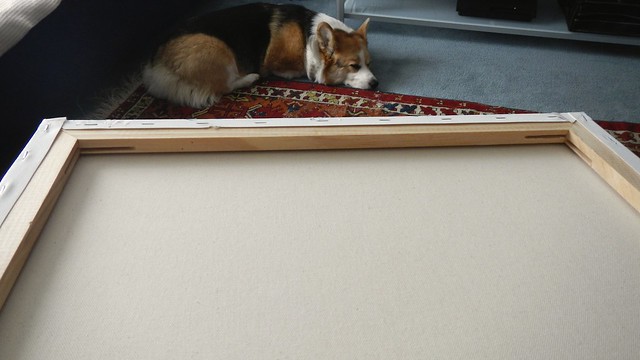 You can get little hanging hardware kits from department stores, grocery stores, and hardware stores.  In each kit will be a bunch of these little loops with screw ends.  Measure down from the top of your canvas an equal length on both sides and screw them in. 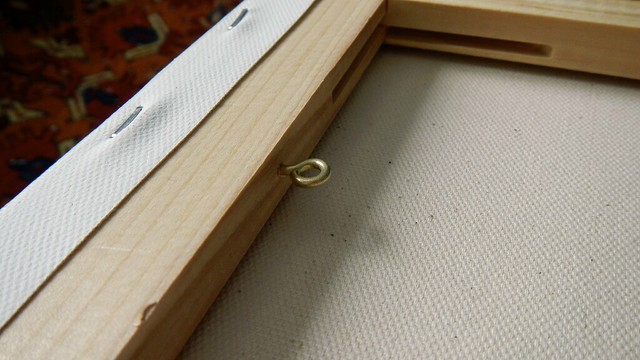 Then you have this wire stuff. 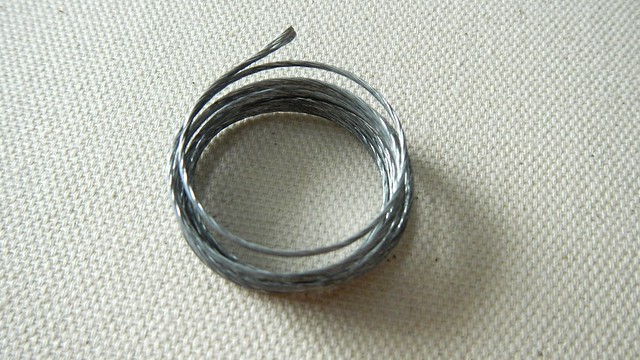 Cut a length and loop it between the two screwed in hooks. 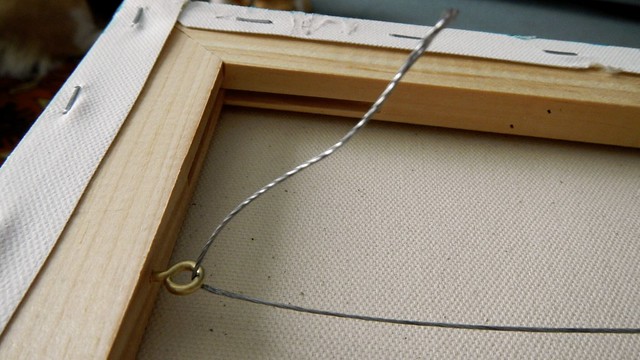 Pull it tight and wrap the ends around the wire to keep it secure. 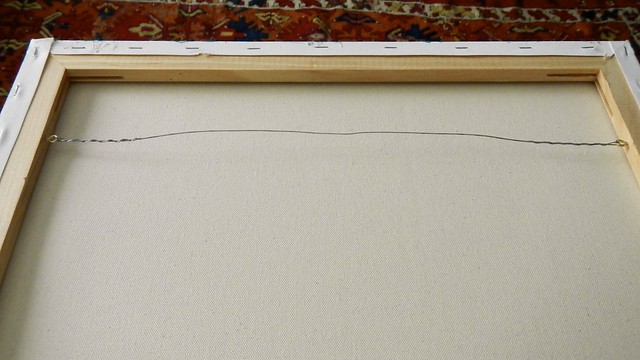 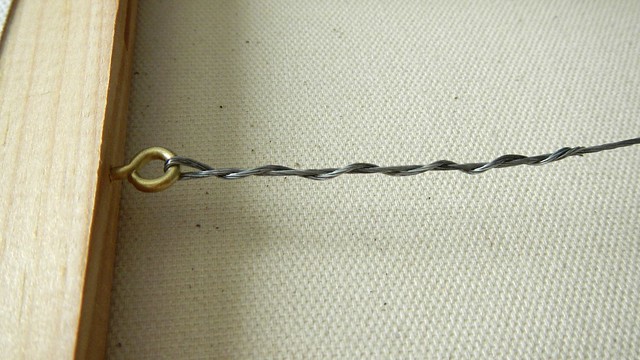 Make sure if you’re using multiple canvases that the length of the wire and where it’s situated on the canvas are consistent across the board.

Also make sure when you’re putting in hanging hardware that you can hang the picture without the hook pushing into the surface of the canvas. 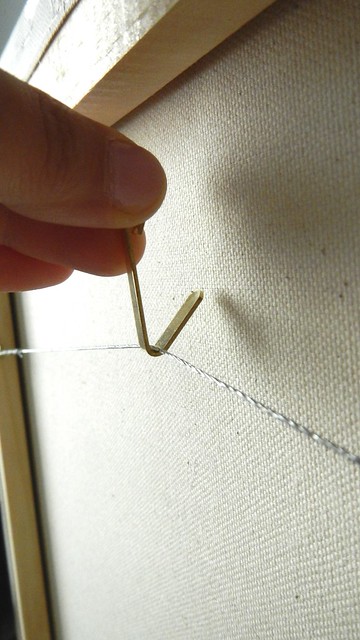