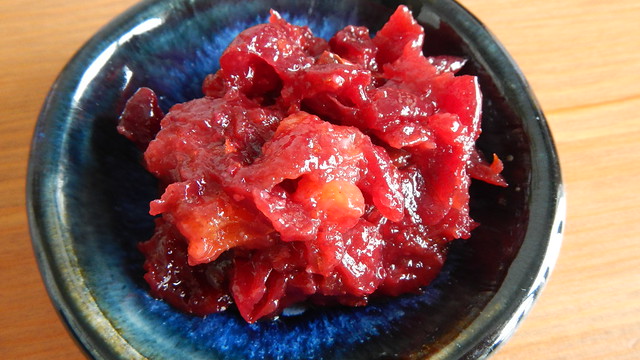 I made a fancy cranberry sauce for Christmas last year but for some reason I didn’t blog it. This year for Thanksgiving (13 October in Canada) I wanted something a little spicier (but not much spicier) than the traditional sauce, so I thought that this would be a good bloggable opportunity, and I modified this recipe I found on Epicurious (originally of Bon Appétit) to do it. The result is a delightfully rich cranberry sauce with a hint of savoury and garlic and a smoky after taste. It’s truly amazeballs (yes, that is the technical term). 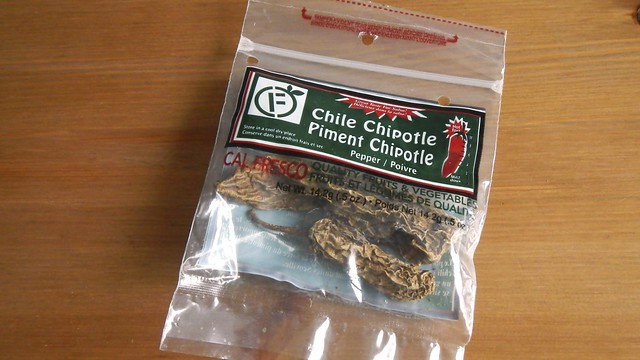 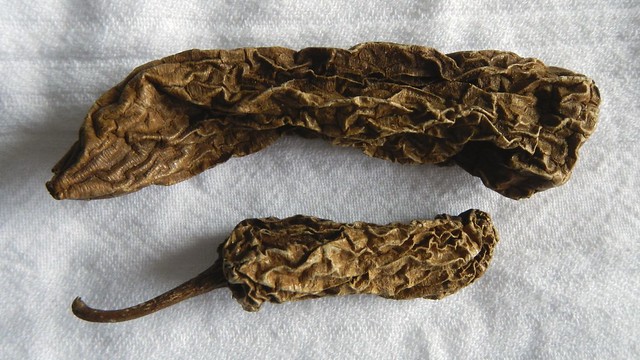 Plop those in a medium saucepan filled with water and bring it to a boil. Reduce to a simmer and let those chillies soak up the hot water for an hour to an hour and a half, depending on how dried out they are. You want to be able to mince them in the end. Your house will smell like chipotle for like forever, just a warning. But that’s not necessarily a bad thing. 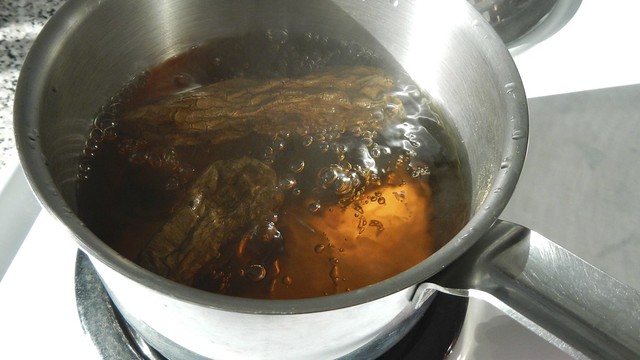 Grab yourself an orange and a lemon and zest them. 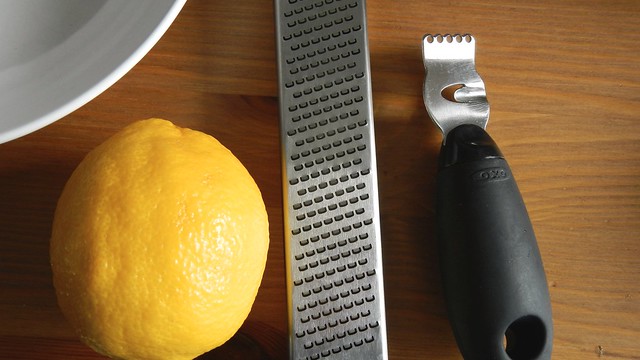 I used a small rasp to get most of the zest but I used one of the fancy kinds for cocktails to get a bit of rind for colour. 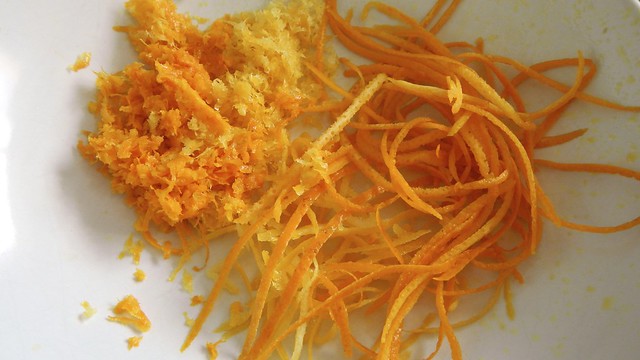 Juice the lemon while you’re at it and save the juice. Eat the orange because it’s good for you. DO IT. 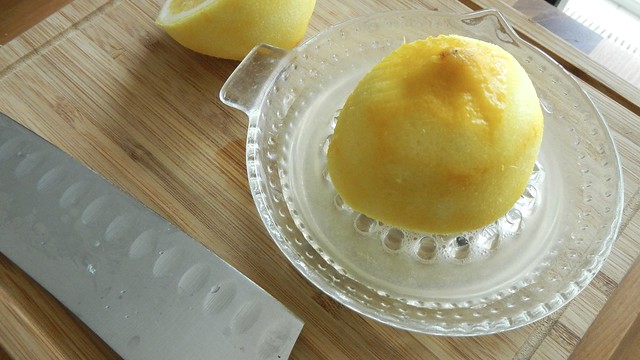 When the chillies are soft, drain them and then plop them in another pot with 24oz fresh cranberries (that’s two of the standard bags you get at the grocery store), the lemon and orange zest and lemon juice, 3/4 cup dried diced apricots (optional but worth it), and about 2 cups sugar. I actually saved a splash of the chipotle water and added it in as well, probably about 2-3 tablespoons. 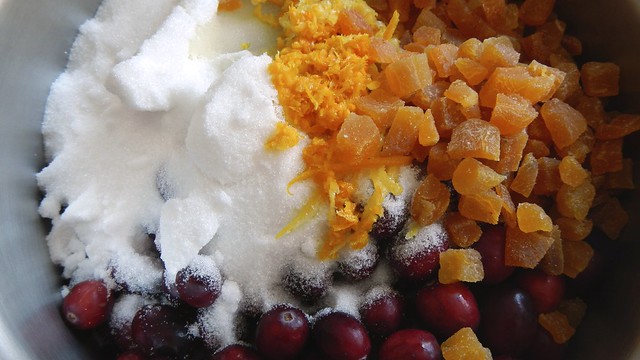 Heat that over medium, stirring, until the sugar is all dissolved. 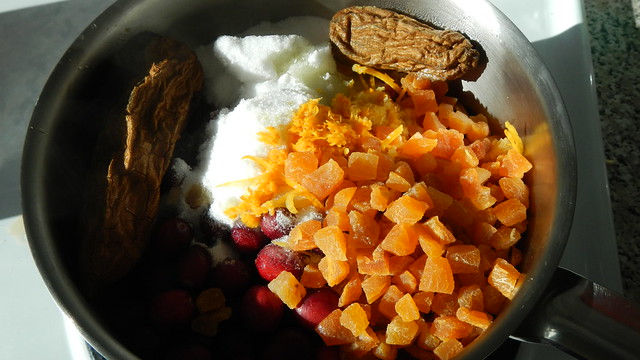 Now, you’re supposed to keep the chillies in there until the end and then take them out, stem and deseed them, and then plop them back in. But my chillies were so soft they started falling apart almost immediately. 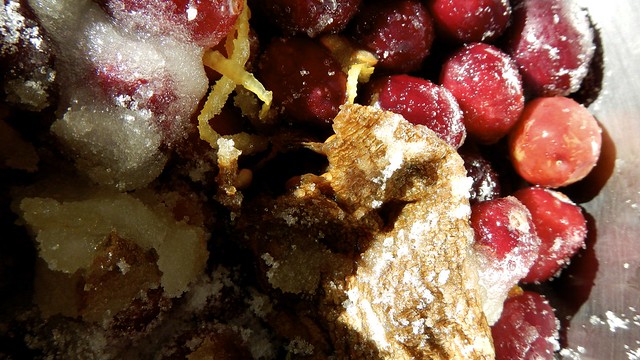 So I took out the bits of chipotle earlier, minced them (which was easier than I thought it would be, considering how hard they used to be), and added them back in. A few stray seeds made it in as well but there’s no harm in that. 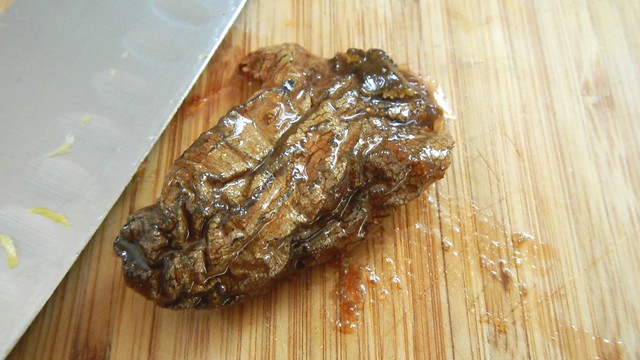 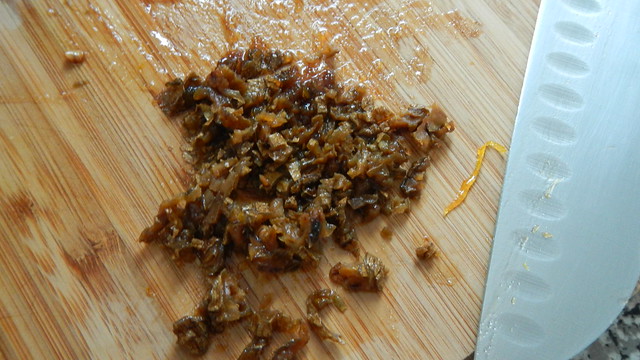 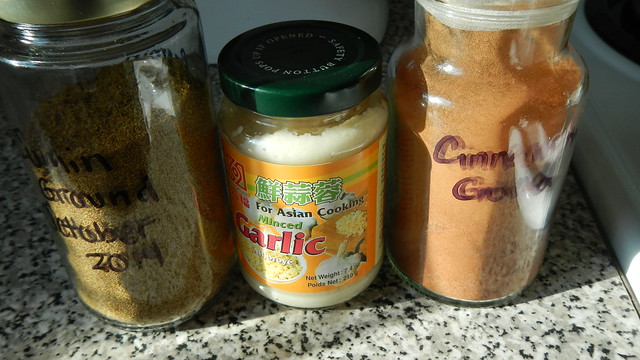 Keep stirring that until the sauce starts to thicken a bit and you can tell that the flavours have all gotten to know each other. Then you can remove it from the heat and let it cool. 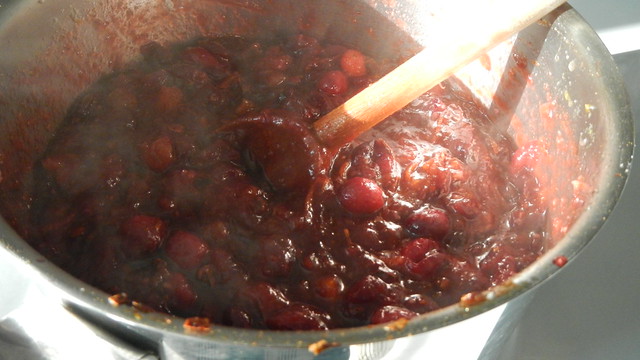 Chill the cranberry sauce for up to one week before it’s needed. It also freezes fantastically. 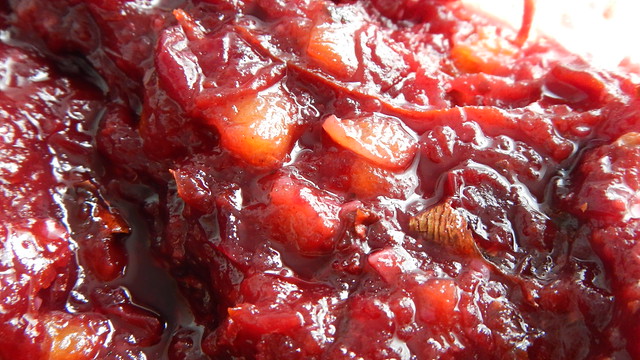 I actually hope this lasts until Thanksgiving Monday. The Pie and I keep scooping out bites of it with a spoon. 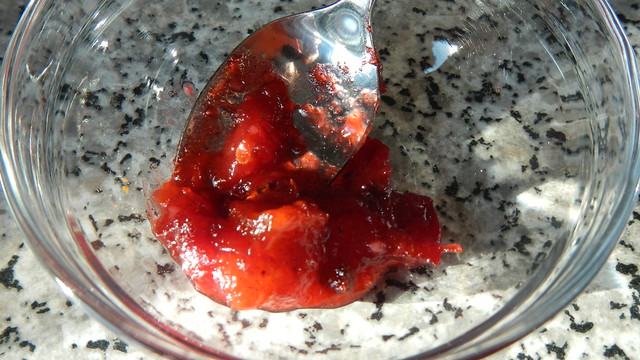