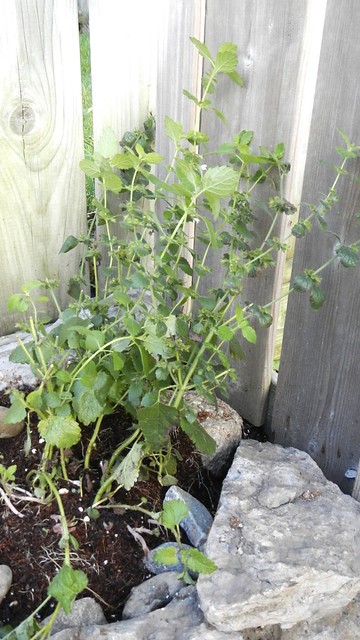 Lemon balm (Melissa oficinalis) is one of those magic herbs with many medicinal properties. Among other things, lemon balm tea can settle upset stomachs, calm colic, and help you sleep better. So I’ve been drying the lemon balm that comes out of my garden, and I stole my mother’s as well when she cut her garden down for the winter. 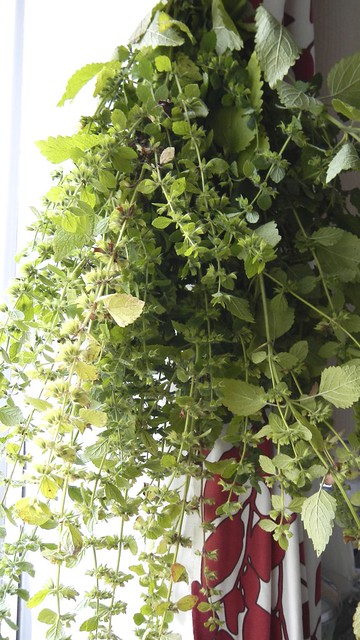 For several days my house was full of minty-smelling bundles. It doesn’t take very long to dry, which is awesome. 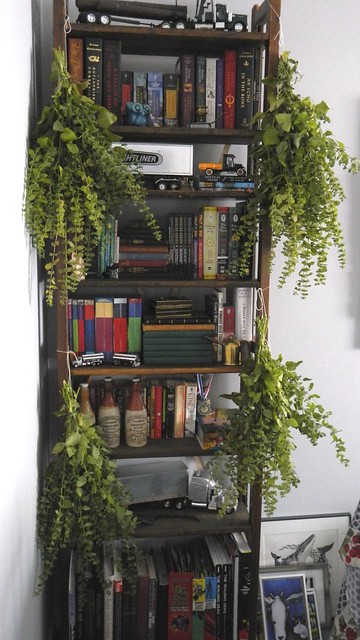 Then I pulled the leaves and flowers off all the stems. A handful of the loose leaves makes a delightful pot of tea. 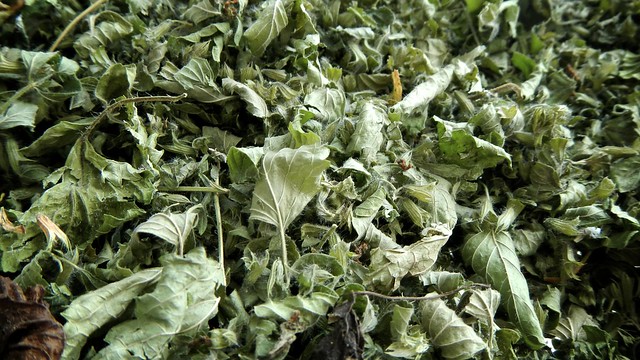 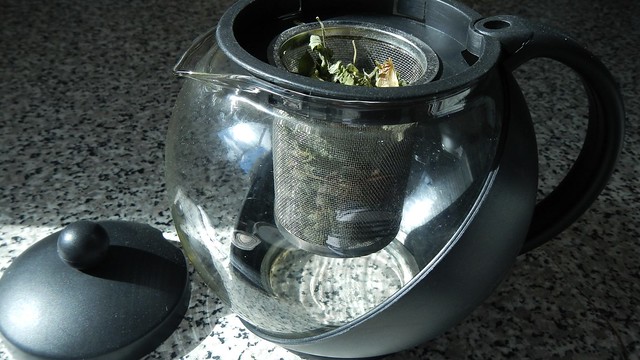 You can sweeten it with honey if you like, or even chill it for a refreshing beverage in the summer. 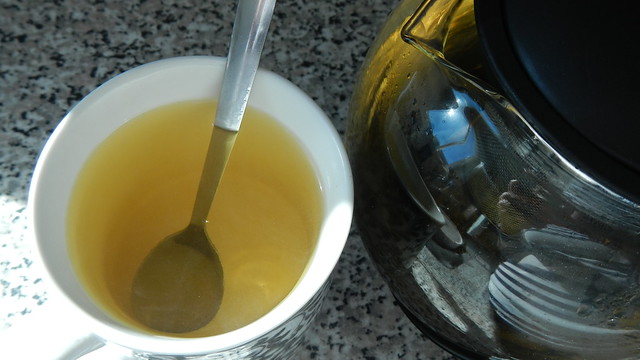 Loose leaves aren’t all that practical for me, though, because I wanted to give some of this marvelous tea to people as gifts.  I ordered 200 tea bags off Amazon. They took forever to get here from Hong Kong but were so cheap I didn’t have to pay tax or shipping to get them. 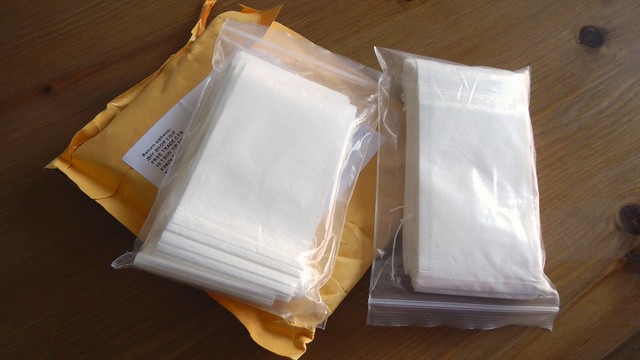 I got the large size as with dried larger leaves like this you tend to need to use quite a few to make a whole pot of tea. 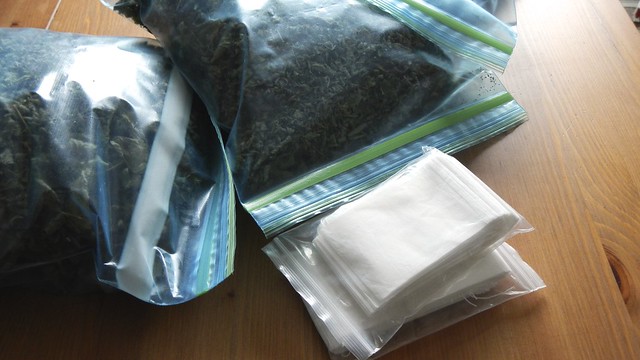 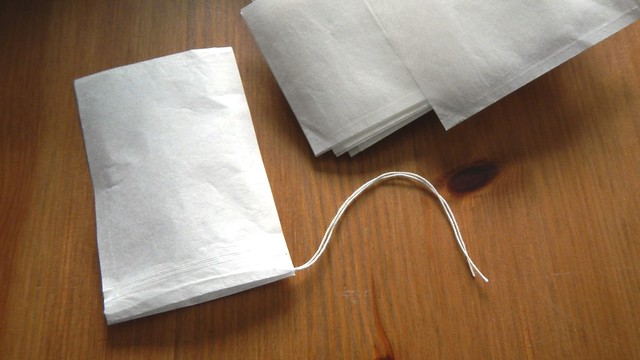 Then I stuffed all the bags and tied them off. 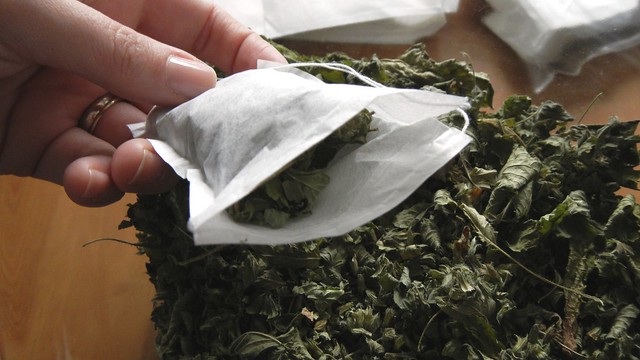 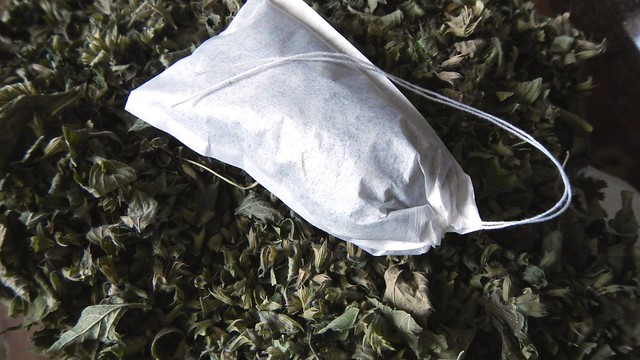 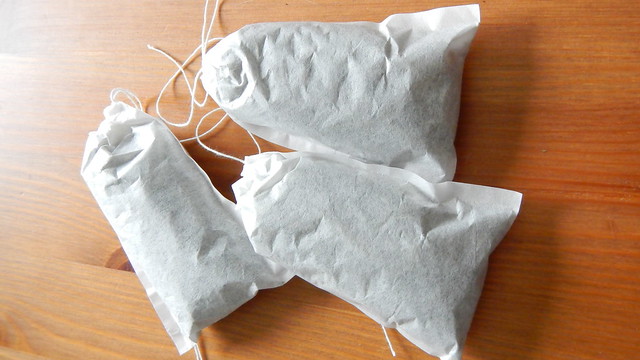 I made little tea tags for my tea. I used a circle punch and a hole punch to create the tag itself from cardstock. 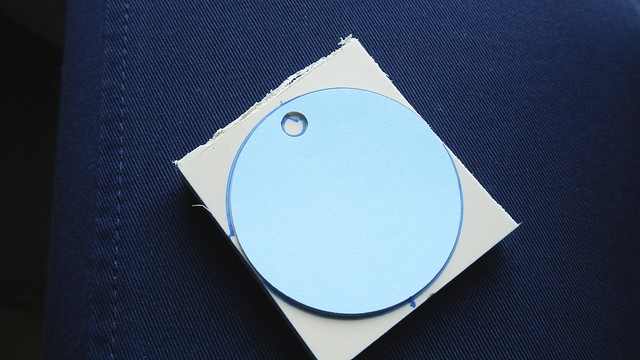 Then I carved a giant T out of a rubber stamp blank. 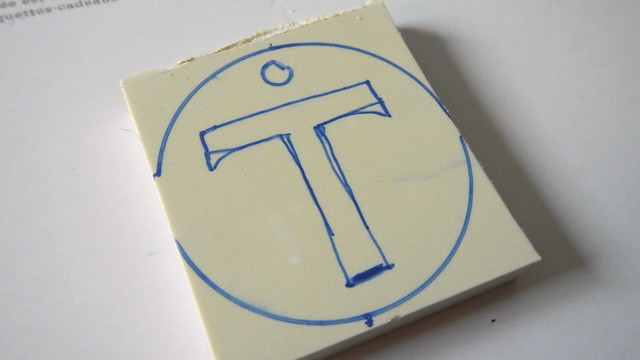 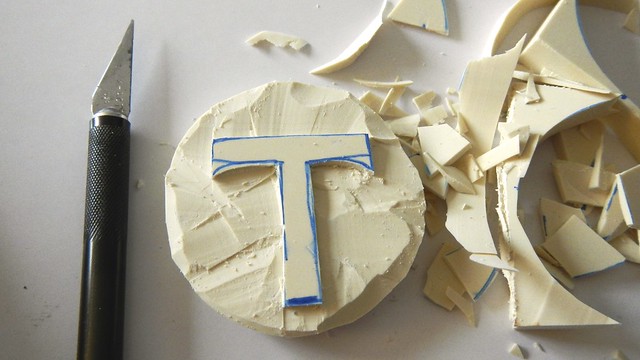 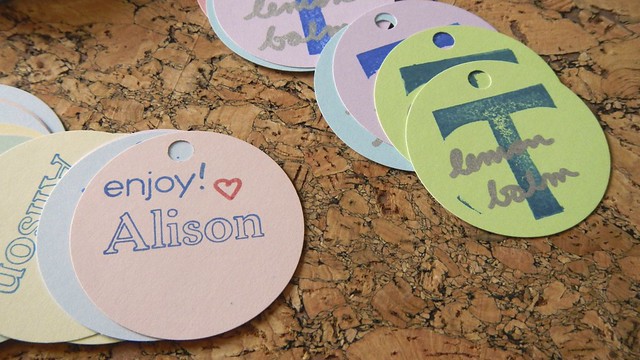 I tied the tags to the bags and stuffed them into wooden boxes I picked up from Dollarama for three bucks, together with a little blurb about the tea itself. 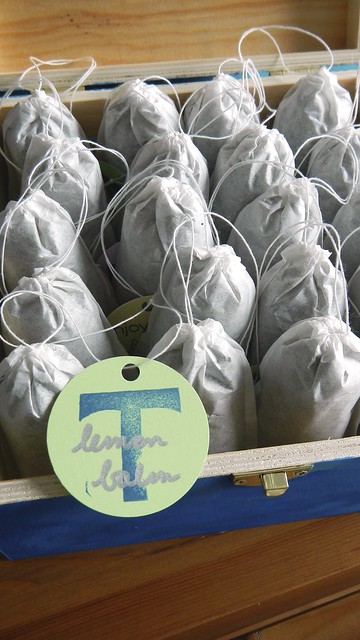 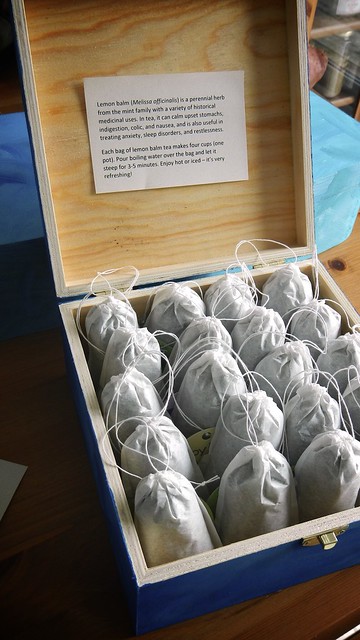 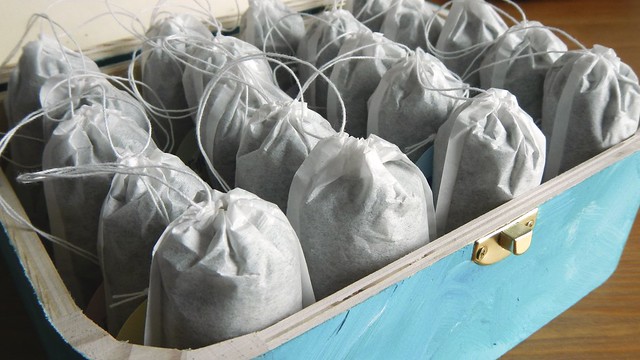 One of the benefits of camping with a former Junior Forest Ranger supervisor is you tend to find things out.  Ranger P tells us that there is evidence in Columbus’ writings that the aboriginals fed Columbus and his crew Labrador tea, which is extremely high in vitamin C, and saved them all from scurvy.  The internet tells me that Labrador tea also provided a revolutionary alternative to regular tea after the Boston Tea Party.

A member of the rhododendron family, “Lab tea” also contains ledol, a toxic substance which, in high quantities can cause paralysis and cramps.  Those who drink the tea on a regular basis (which is pretty much all of rural Canada, because this stuff grows freaking EVERYWHERE) say that’s a bunch of hooey.  The leaves and branches are also used to keep bugs out of clothing and rodents out of grain.

You can find Labrador tea pretty much all over the place.  Despite its name, it grows across the width of the country, and can be found in the deep woods, by rivers and waterfalls, and in peat bogs.

While the white umbrella-like flower heads are pretty, it’s the leaves that are important.

Thick, waxy, and slightly resinous, the leaves are also furred on the underside with white or yellow or even reddish fuzz.

This is Ranger P desecrating a national wildlife reserve in order to make us tea.

It’s simple, really.  You put your kettle on to boil.

You put your leaves in the kettle.

You brew that for a few minutes.

You have your tea.  It’s very astringent and tastes a bit like a Christmas tree, but it’s palatable.  We might have brewed ours a bit overlong.

And it’s either really good for you, or it will kill you.  Either way, I think we’ve all learned something today.