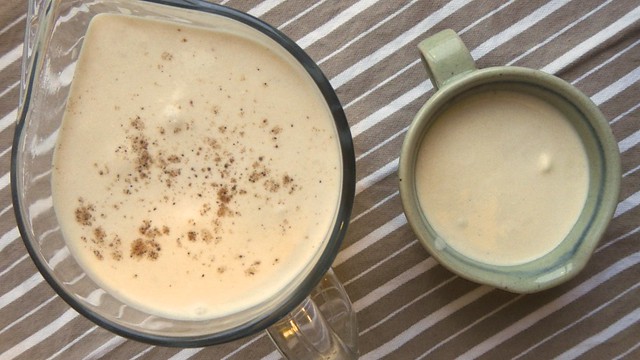 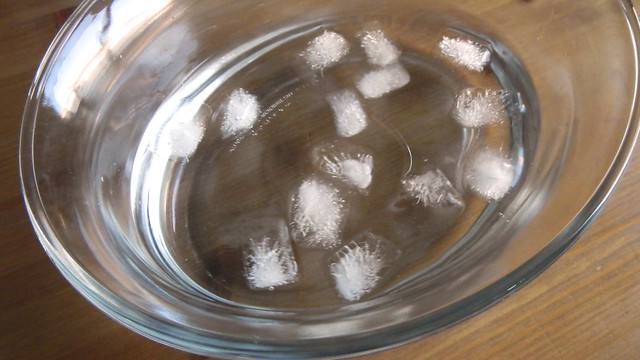 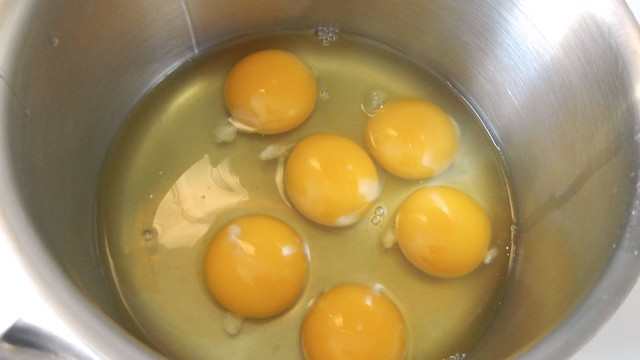 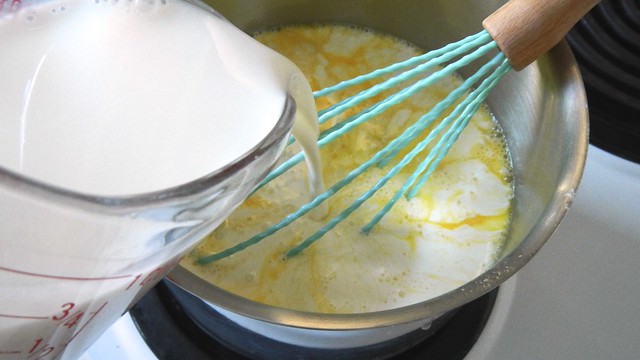 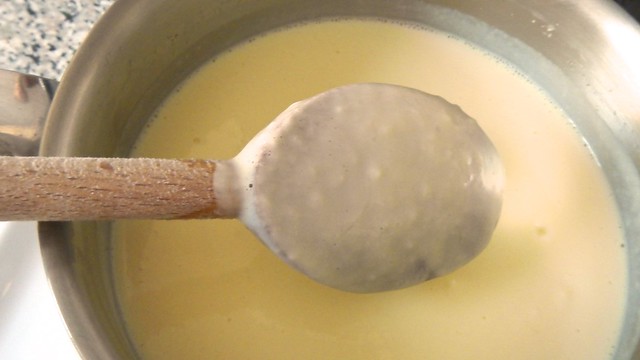 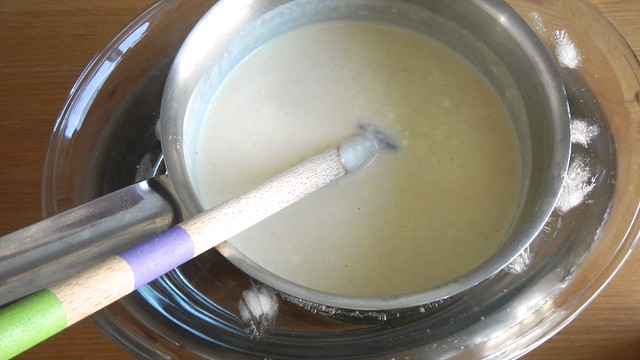 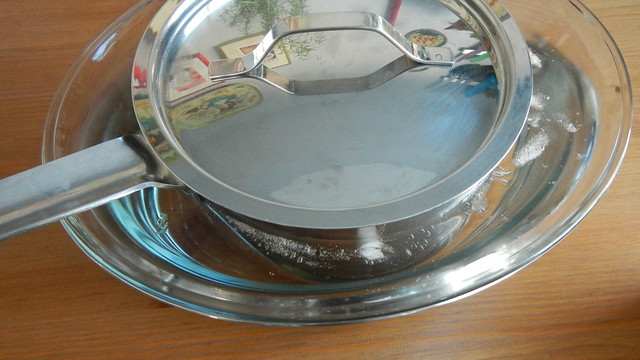 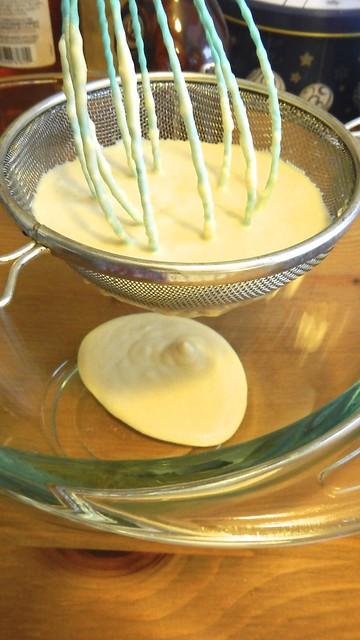 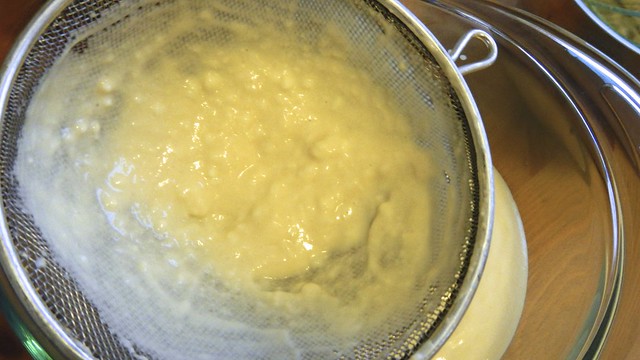 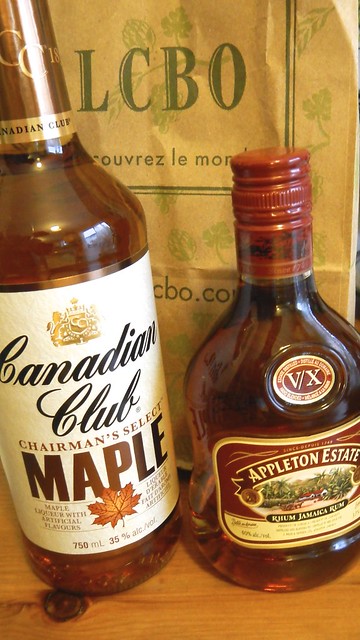 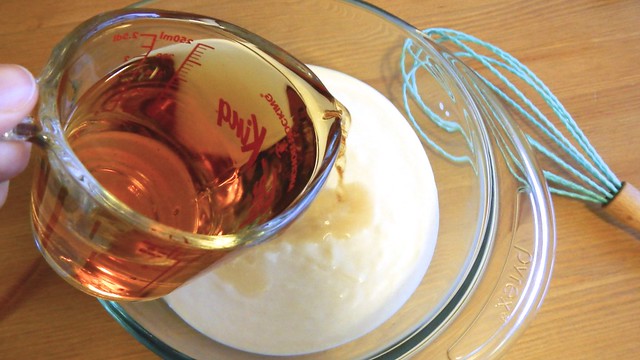 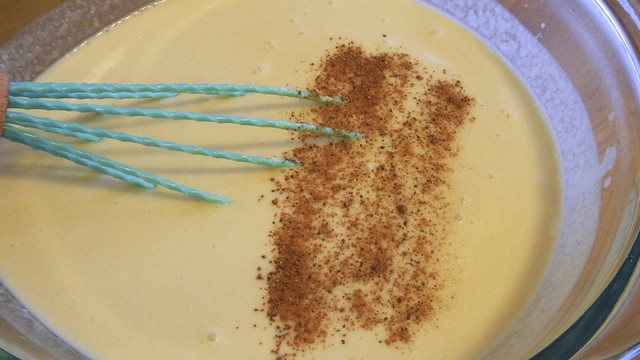 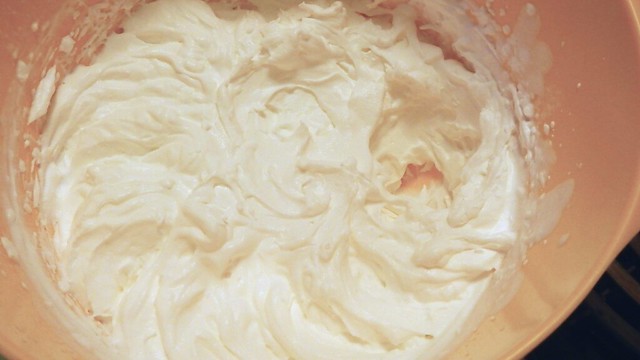 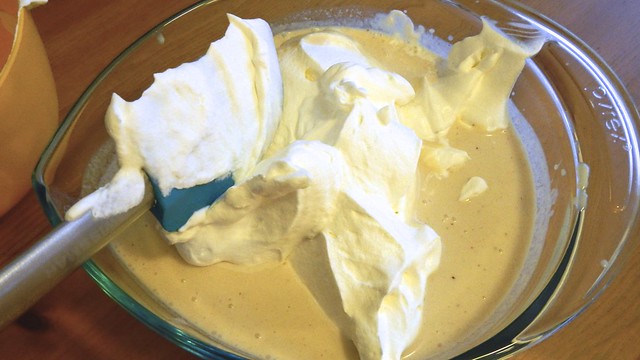 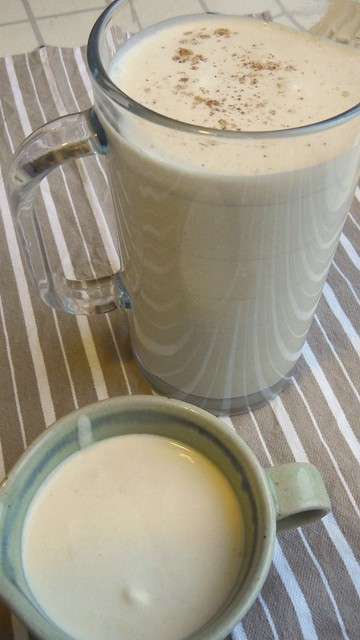 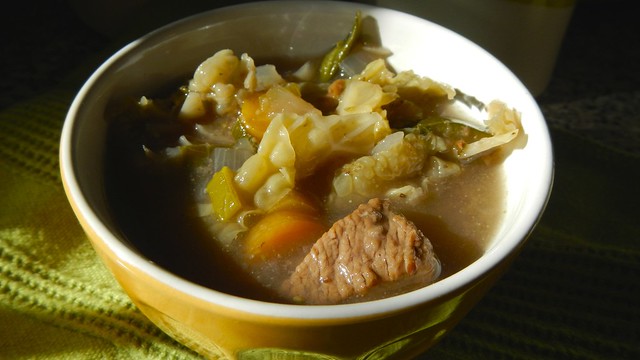 My parents are down in Florida and I’m looking after the house while they’re gone. This entailed cleaning out the fridge after they left, and so I arrived home with this oddment of groceries: 1 small zucchini, 4 wilted green onions, 2 baby bok choi, 9 multicoloured carrots, half a large sweet onion, half a large rutabaga, and half a large Savoy cabbage. 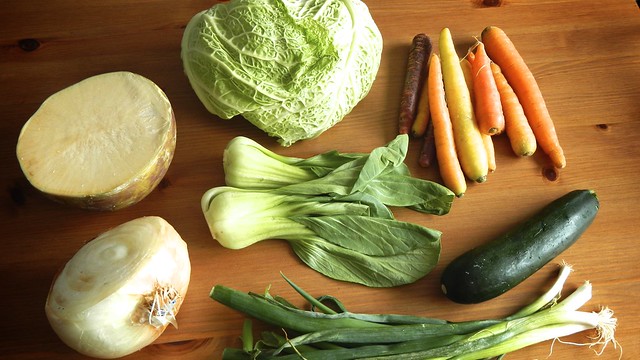 Welp, that looks like a soup to me. Fortunately I had some stewing beef in the freezer which I chucked in the sink to defrost. Then I got to chopping. 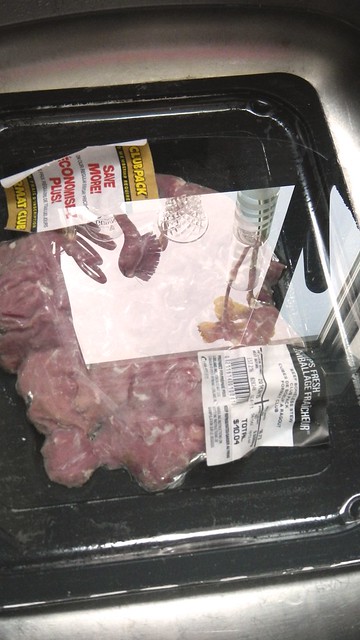 I also chopped up 1 head of garlic, and sautéed it with the onions in a large stockpot with a drop of olive oil until they were soft and sweet. 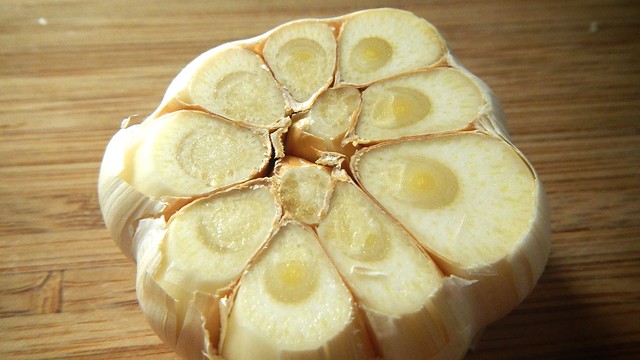 Remember when cutting up rutabagas to be very careful. Slice off the top and bottom first so you have a flat surface to work on before you go after the skin, as it will be tough, especially if it’s been waxed. 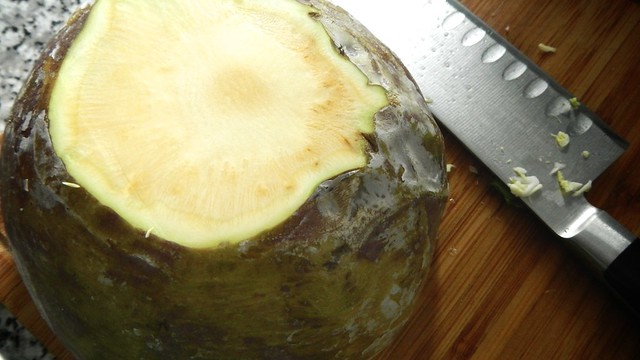 I added all the other chopped veg to the pot. I only scrubbed the carrots, didn’t peel them. All that vitamin-y goodness is in the skin and these are such tender carrots it seemed like a waste to remove the skin. 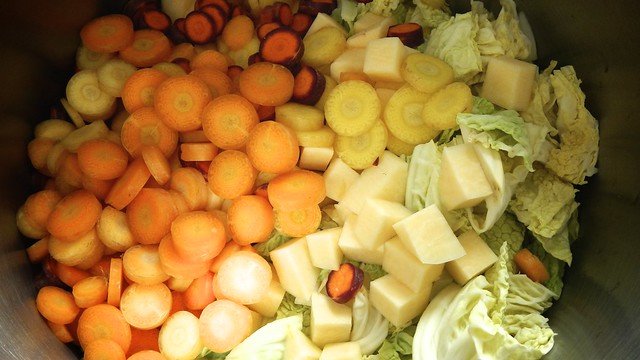 Make sure to dry your beef before you brown it. It will make browning way quicker. 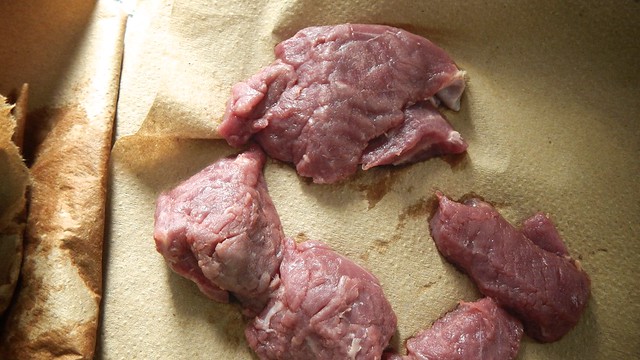 I also like to dredge it in flour for a nice crust, and the flour will help thicken the stew as it cooks. You can use rice flour for a gluten-free option. 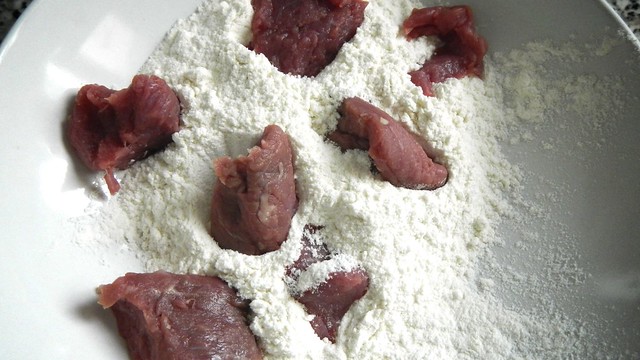 Brown the meat until it has a nice seared edge all the way around. 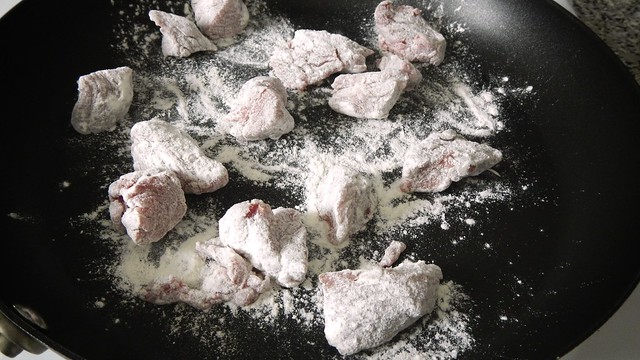 Then you can chuck that in the pot, too. I added about 8 cups water and two mini cups of concentrated beef bouillon, but go with whatever floats your boat. 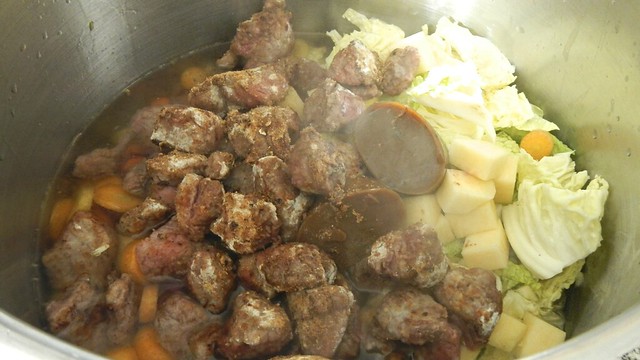 Give it a stir and set it to simmer for about 30-45 minutes, until the rutabagas are soft when you smush them with a spoon. 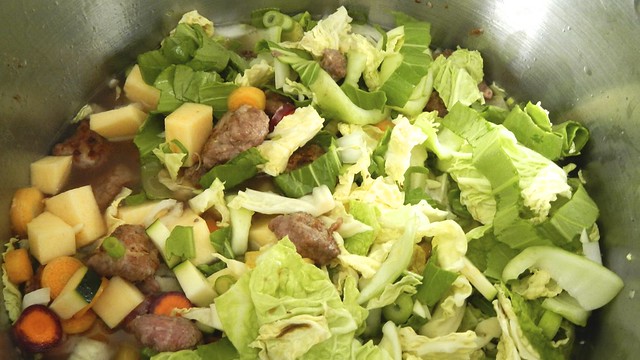 I added in a pinch of ground nutmeg and cloves, as well as a few teaspoons of dried oregano. Add salt and pepper as well, if you like. 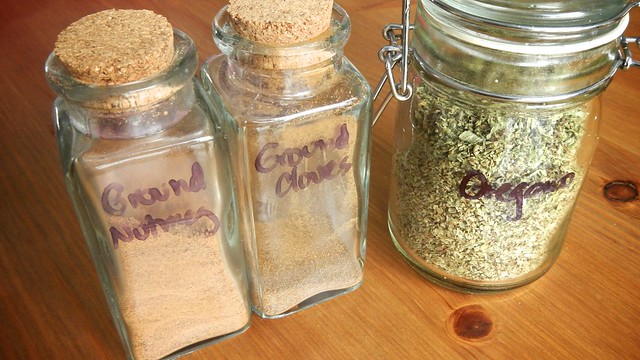 To combat the bitterness of the cabbage I also added in a few tablespoons each of maple syrup and rice vinegar (it sounds weird, I know, but it works). You can also use cider vinegar. 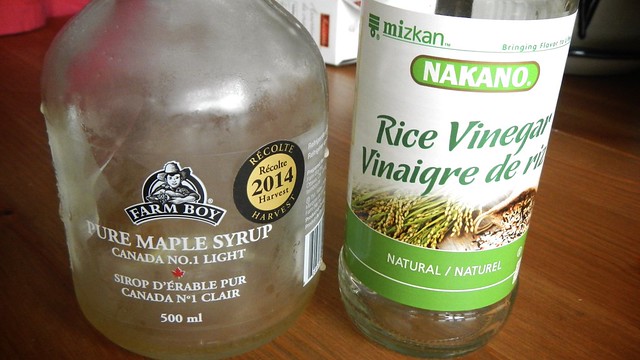 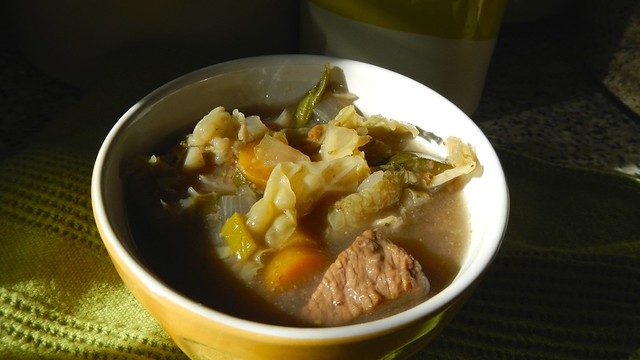 I shoved it into large freezer bags that I froze flat for easy storage. I can’t wait to haul one of these babies out in the dead of winter for some comfort food! 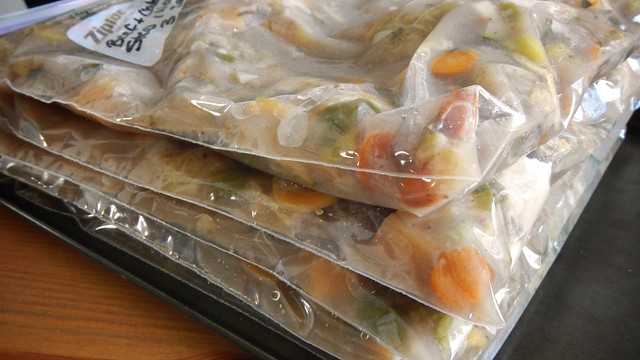 When I experiment with recipes, I usually steer away from tampering with the essentials in baking: the exact proportions of flour and baking soda and all of that jazz.  The thing is, when you are working with gluten-free options, all those proportions go out the window anyway.  All you have to think about is general cohesion and texture.

So I invented a cookie recipe from scratch.  I know, it’s not that impressive, but I’m pretty pleased with myself.  Q picked me up from the airport last week and I promised I would bribe him with baked goods, so here they are.  I took input from my husband on what he believes the three main important ingredients in cookies are meant to be: he picked peanut butter, raisins, and oatmeal.

I can work with that.

Preheat your oven to 375°F and line two baking sheets with parchment paper.

The best part about this is it turns out that I have some osmotically-absorbed or genetic knowledge about how to bake cookies from scratch, so there was no real trial and error here.  I just kept adding stuff in and it all seemed to work out.  I don’t want to get cocky, though; the next time I do this it’s likely I’ll end up blowing something up.  I think the real trick with stuff like this, when you’re not sure what’s going to happen, is to do it by hand, and avoid the labour-saving devices in  your kitchen.  That way you can see how the ingredients interact with each other while they’re being mixed, rather than shoving it all in the mixmaster, turning it to high, and hoping for the best.

So with that in mind, I started with a bowl and a spoon.  Because I was going to use peanut butter in this recipe I halved the amount of butter I would normally use.  So in a bowl, cream together 1 cup granulated sugar and 1/2 cup softened butter.

Then add in 1 cup softened peanut butter.  If you use Jiffy or whatever then it’s probably soft enough as it is, but I used that stuff that you have to stir the oil into and then keep in the fridge, so it needed some time to come to room temperature.  Mix that in well.

Add to that 2 eggs, one at a time, mixing until each is well combined.  At this point you could add 1 teaspoon vanilla, but I forgot.  Still they turned out great.

Now for your dry ingredients.  Plop in 1/2 teaspoon baking powder, 1/2 teaspoon ground cinnamon, 1/2 teaspoon ground nutmeg, and 1 1/2 cups buckwheat flour (don’t let that name fool you, buckwheat is gluten-free and not related to wheat at all).  Mix that all together well.  Another bonus of doing this with a spoon instead of a mixer is you can make sure the sides are well-scraped down and that there are no ingredients hiding unmixed at the bottom.

To your cookie dough add 1 cup gluten-free rolled oats and 1 cup raisins.  You could probably add in some chocolate chips as well if the mood strikes you.  Mix until that’s well-combined.

Form your dough into balls measuring a bit more than a tablespoon and flatten them with your fingers onto the parchment-lined baking sheets.

Bake for 12 minutes, rotating your pans halfway through, until cookies are set (they will likely not brown much for you).  Leave them to firm up in the pan for about five minutes before removing to a cooling rack to cool completely.  Seal in an airtight container for up to a week.  I bet they would also freeze well.