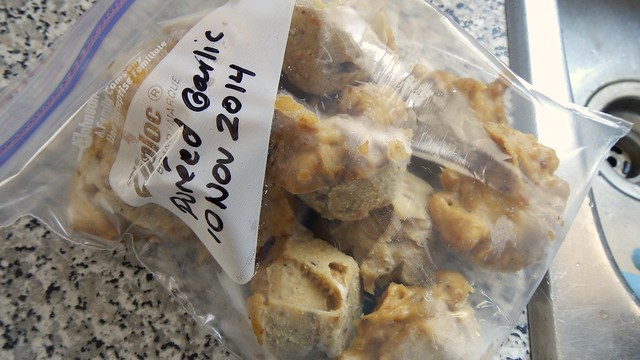 I was at the grocery store recently and I found a huge bag of garlic, 18 heads of it in total, for a whopping $2.49! I quickly nabbed a bag and surreptitiously shoved it through the scanner at the cash in the hopes that it wasn’t a pricing error. So now I had 18 heads of garlic to deal with. I of course roasted them all. If you’ve never done it, check out my instructions here. Now, roasting 18 heads of garlic means that your eyes are watering and you will never get the smell of roasted garlic out of the house, but it’s a worthy sacrifice. 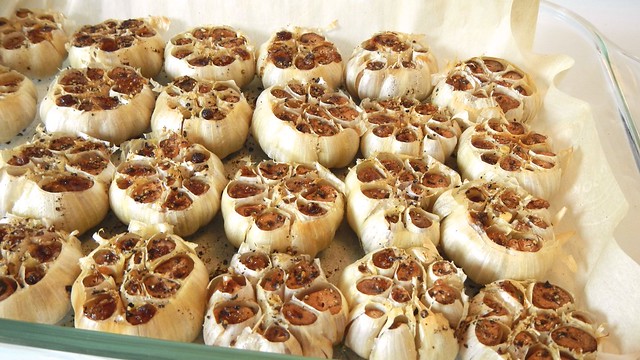 I let it cool and then carefully popped each gloriously caramelized clove of sweet roasted garlicky goodness out of the head and into my food processor. I saved one head for a soup I was making, but there are 17 heads in there. 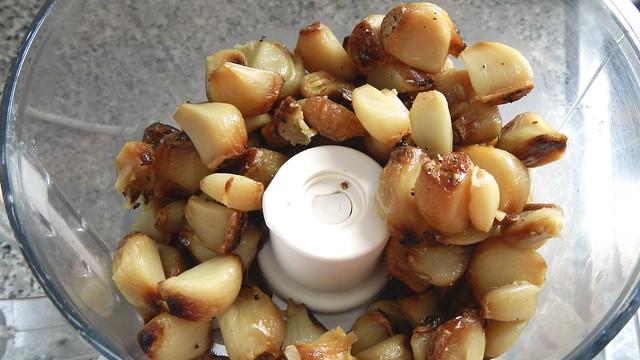 Then I gave it a whaz. Hello, gorgeous. 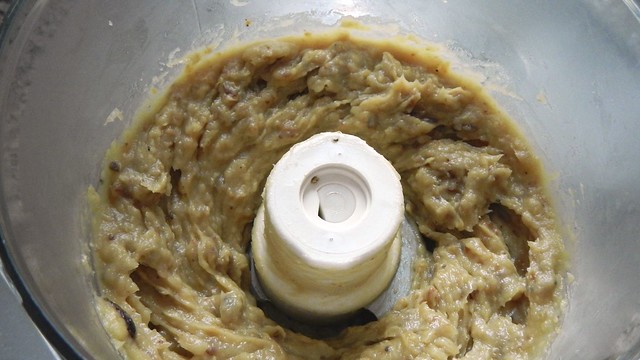 Then I sprayed a mini muffin tin with olive oil and shoved my new garlic paste into the cups. There are only twelve cups in this tin so it’s like concentrated garlic goodness: each one contains almost one and a half heads of roasted garlic. 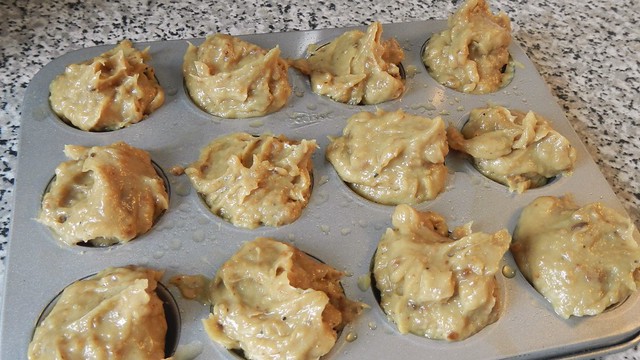 Pop that in the freezer overnight, then store the frozen lovely pucks in an airtight bag in the freezer and use as needed in soups and sauces and whatever else you want. When it comes to roasted garlic, the sky is the limit. 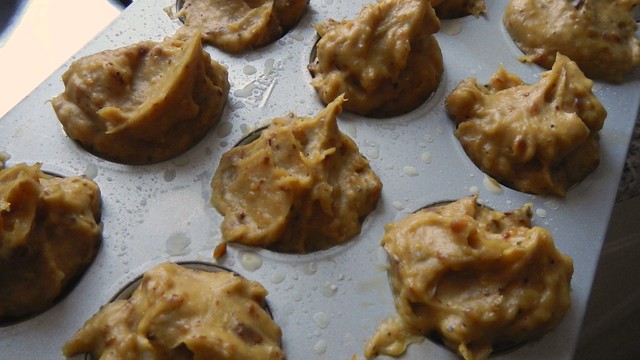 But Martha Stewart does it.  Lots of other food bloggers and organization companies advocate it.  It’s really not so crazy.

And after discovering some frozen mysteries that had been in our deep freeze since we moved to Newfoundland, the Pie and I now do it.

Gone are the days when we hung over the freezer door, wasting energy as we tried to remember what was at the bottom and what we could have for dinner.

Gone are the days of discovering you actually have five of something you just picked up at the grocery store.

And long gone are the days of finding ancient remains in the bottom of the freezer.  When the Pie was 16, he went over to his grandmother’s for dinner.  She served a turkey.  It wasn’t until after dinner that Mrs. Nice discovered the label for the turkey and asked her mother where she had gotten said turkey.  “From my freezer,” her mother replied.  The packaged date on that turkey was from 1981.  The turkey was SEVENTEEN years old, a year older than my husband when he ate it.

We have vowed never to let that happen.

If you’re interested, Martha Stewart has a handy guide to tell you just how long you can keep things frozen.  You can check it out here.