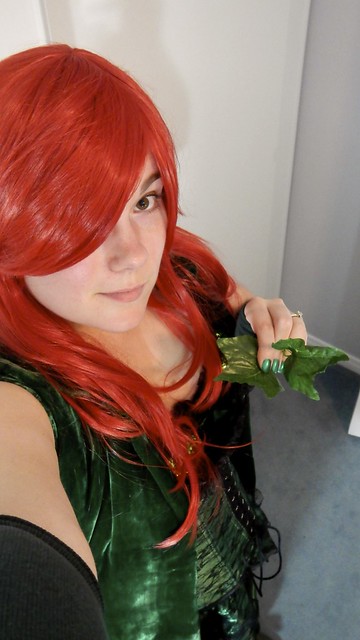 I don’t have any pockets in my costume so I can’t promise I’ll be able to take many pictures but I’m sure that Chel will come up with a few and post them to her blog after the big night. 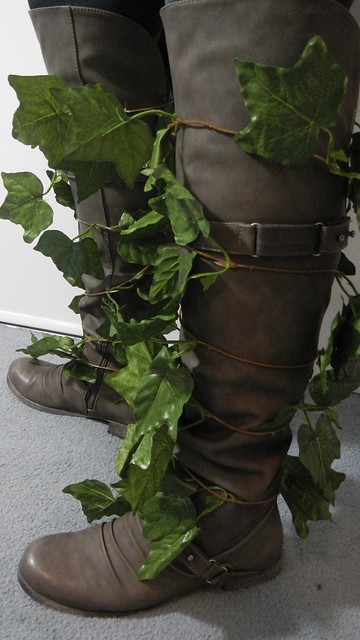 I’ve got ivy crawling up my boots, which cover my gorgeously warm fleece tights; 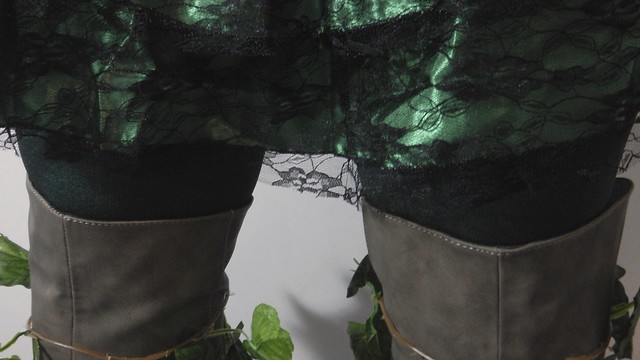 I have these wee gloves on my arms, which will do nothing to keep me warm, but will look cool next to the vine tattoos I’ll be adding; 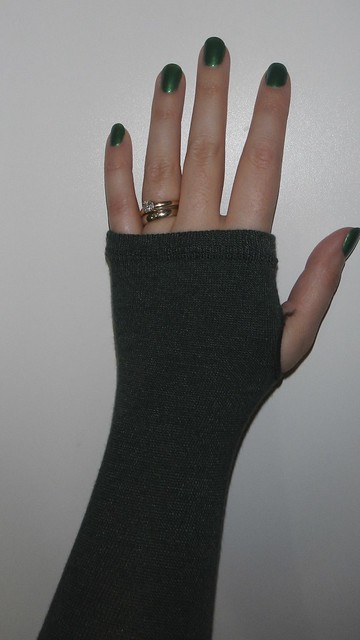 And my corset, to which I added elastic panels so I could breathe; 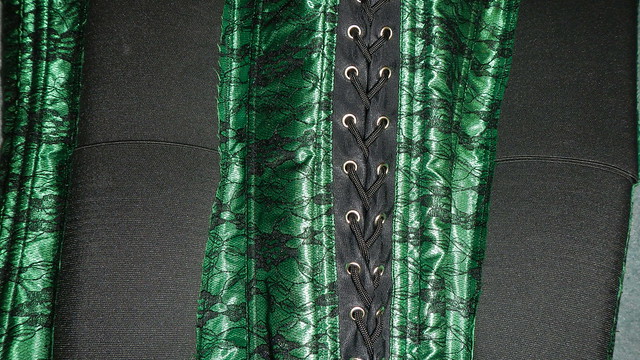 And my hella gorgeous opera cloak, which my mother altered so the sleeves could be removed. 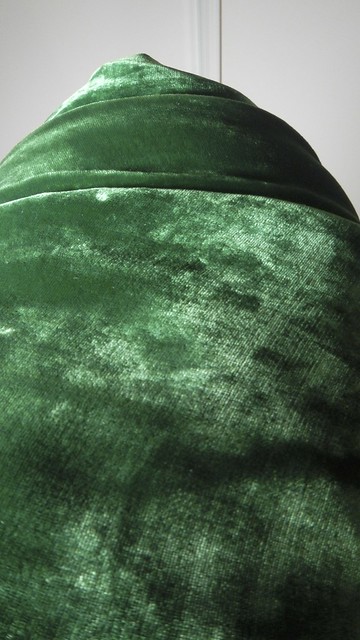 The final product (minus makeup and tattoos – and sorry the pictures are terrible: I used a timer and the light is bad). I’m very pleased! Also I kind of feel like if my outfit were more purple I could do a pretty convincing Ursula … 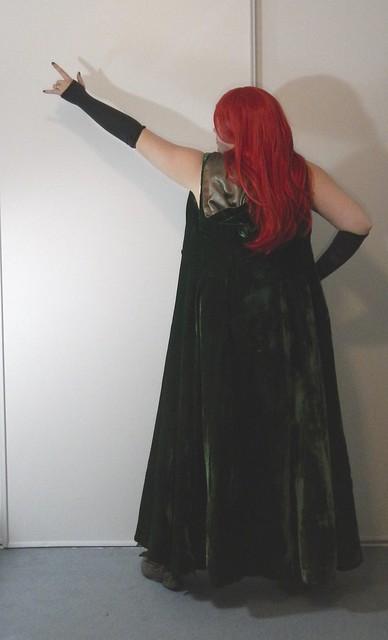 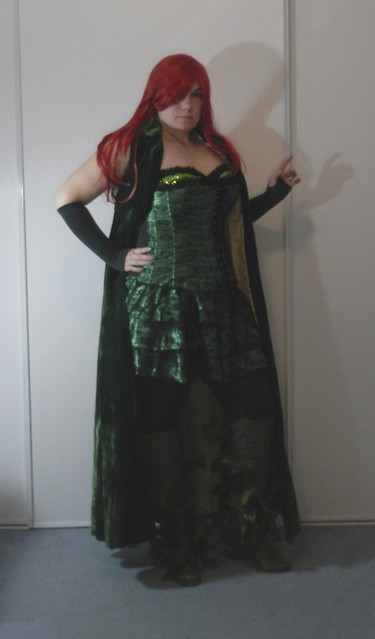 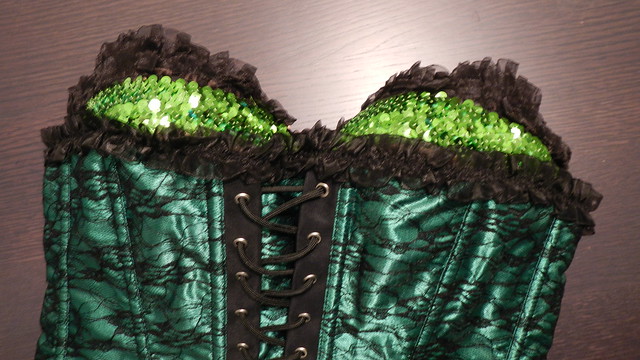 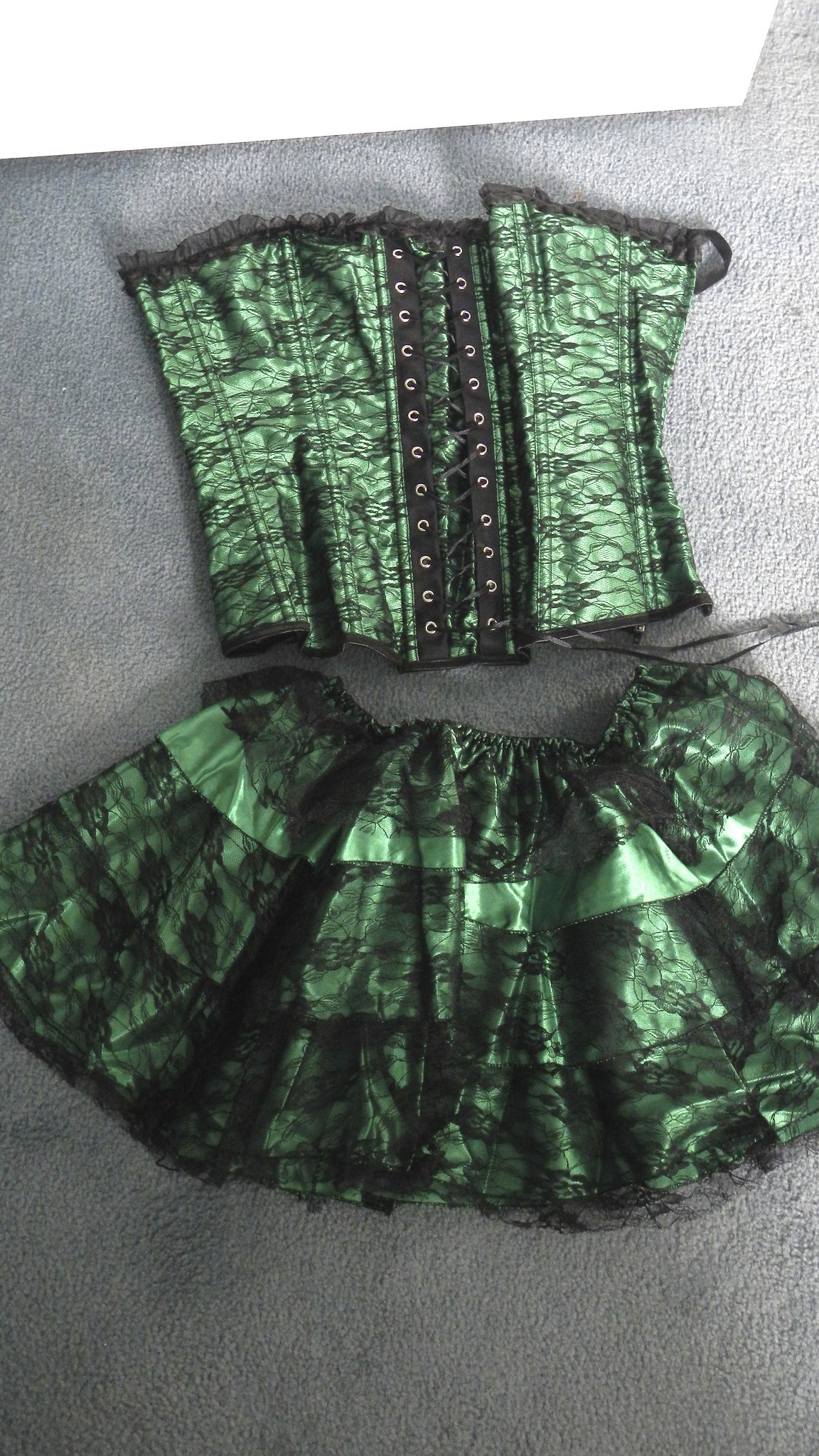 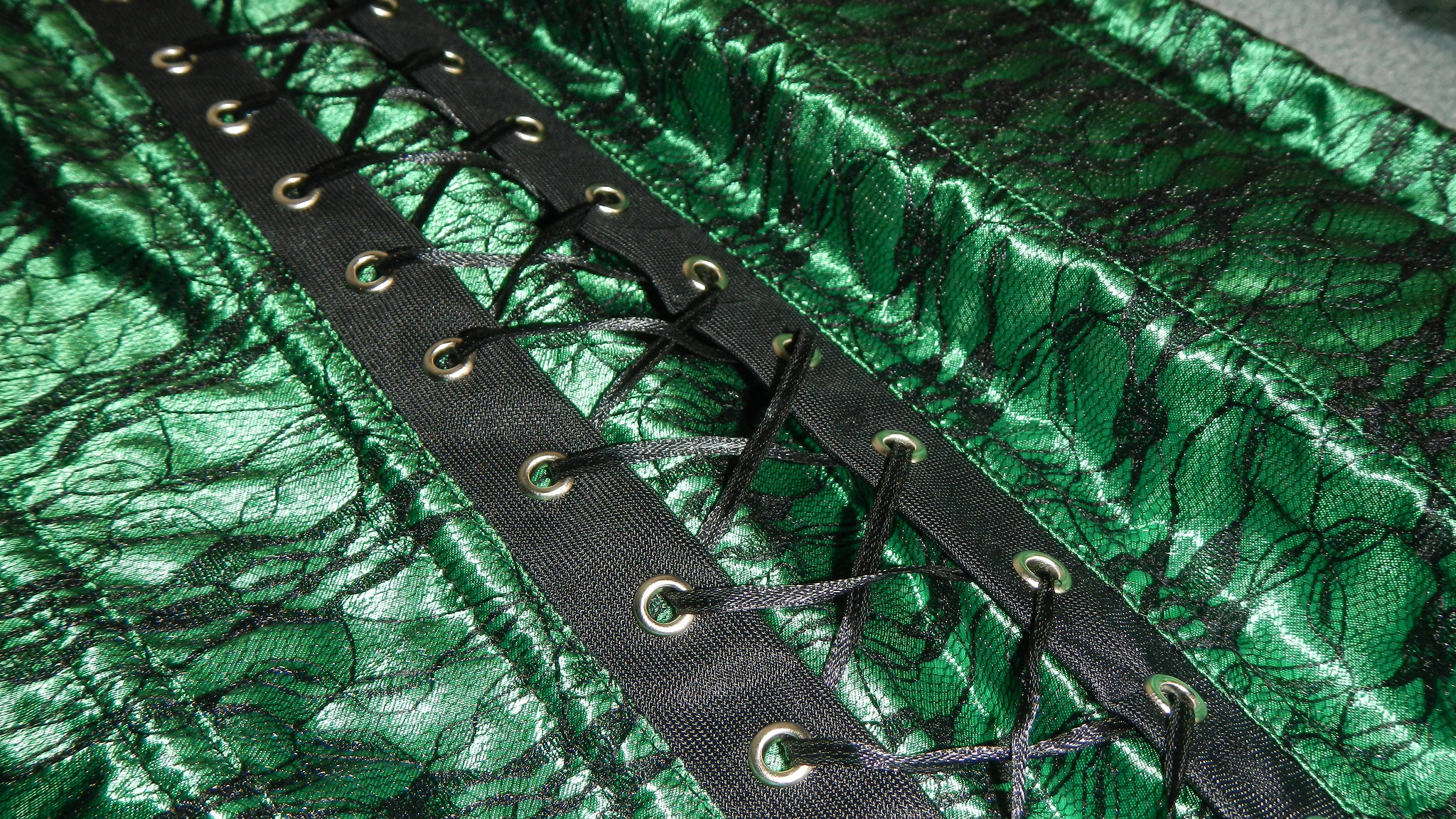 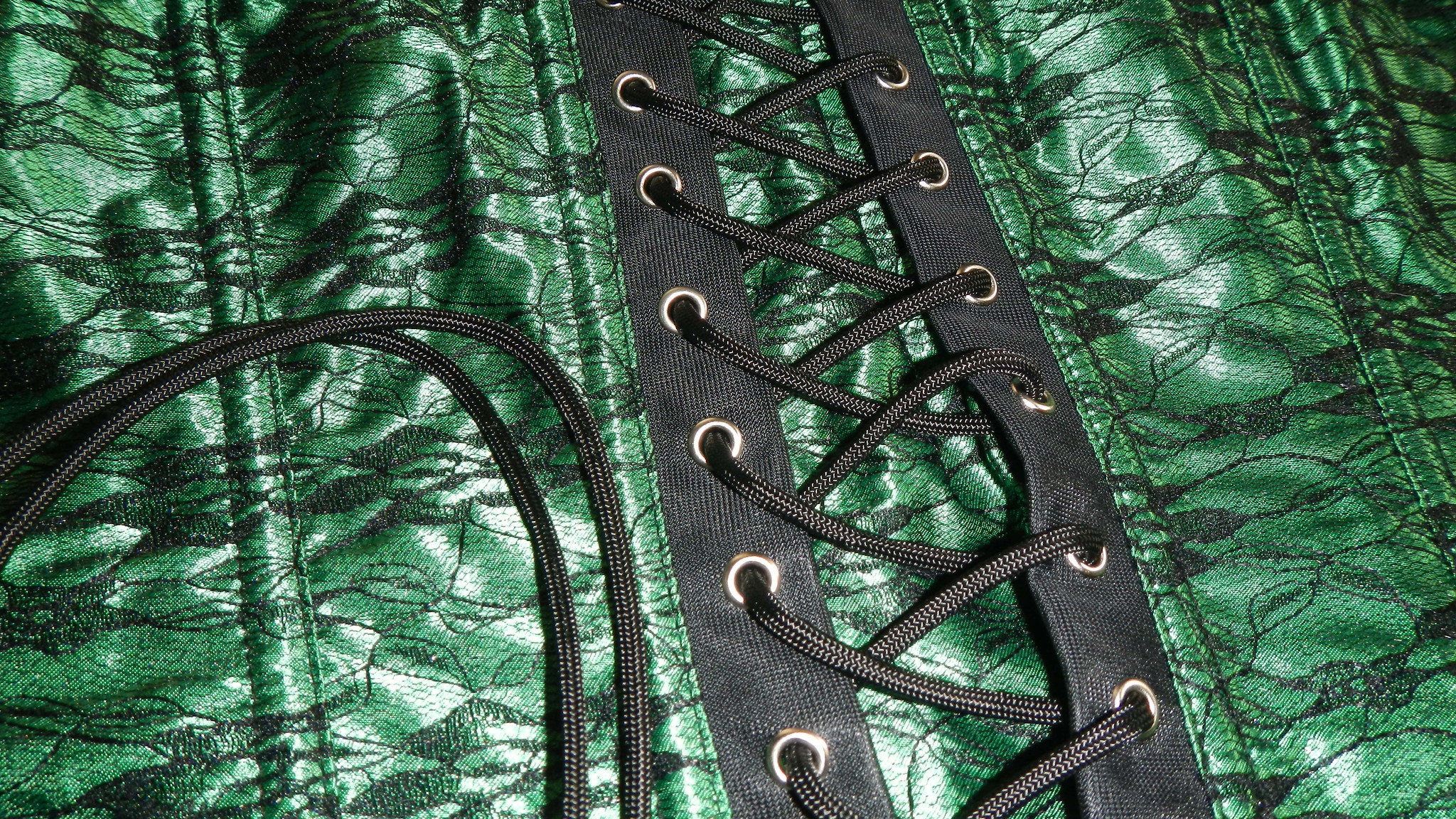 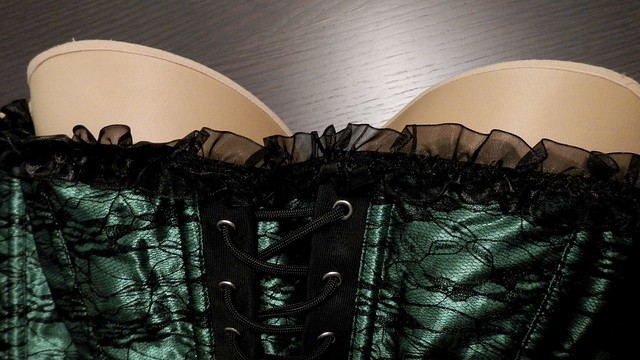 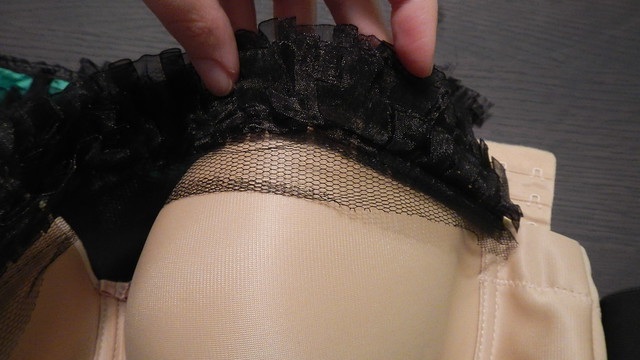 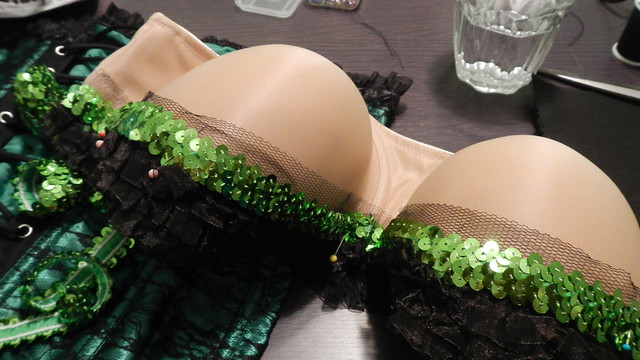 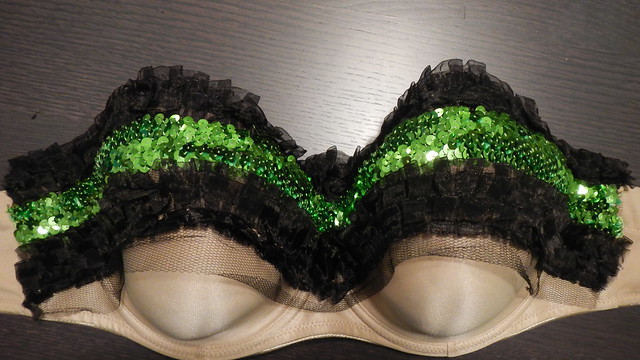 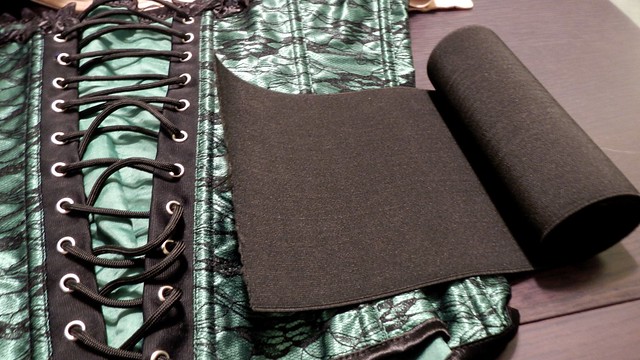 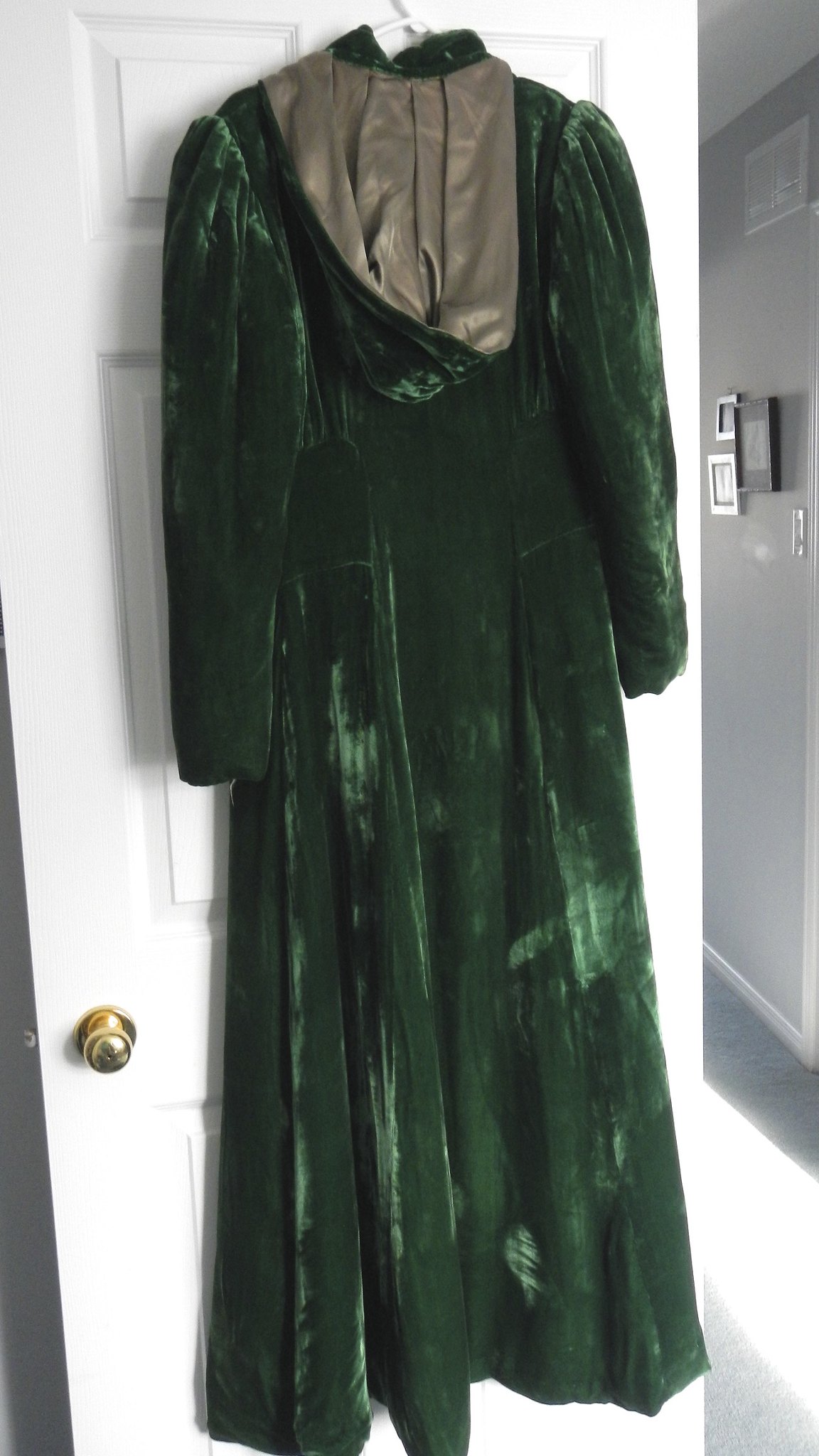 Have I mentioned to you recently that my husband is a genius?

When I came to visit him in St. John’s I discovered that a good many of our condiments and jars had rubber bands twisted around their lids.

You know, the nice thick elastics that you get from broccoli and other greens at the grocery store.  The same ones they use to keep lobsters from trying to kill you.  We keep them because they’re handy for stuff.

The reason the Pie puts the rubber bands on the condiments is to make the lids grippier so that they’re easier to remove.

How genius is that?

I used my sewing machine for the first time in a long while the other day.  It was so dusty that I had to clean it or use a lint-brush removing the dust from that which I was sewing. It took me forever, too, getting into all the little nooks and crannies and whatnot.  What a pain.

I remembered seeing something from Martha Stewart about this a while back.  Use a tea towel to make an easy cover for your sewing machine.

This particular tea towel was a gift from Hen in Sweden.  It makes me feel cheerful to see smiling vegetables.

Measure your towel on the machine first, to see that it will fit.

Cut four equal-length pieces of elastic.  You could use ribbons or twine as well and tie a bow if you wanted.

Tuck under the end of the elastic (or ribbon) and pin it to the hem of the towel.  I pinned one at the bottom and one about a quarter of the way up the towel.  I did the same to the other side.

Sew the elastics to the hems.  You can of course use your machine for this but I did it by hand.

Fold the towel in half so that the bottom and top hems line up.  Tuck under the loose ends of the elastics and sew them to the opposite side of the folded towel.  Tada!  A cover in five minutes.