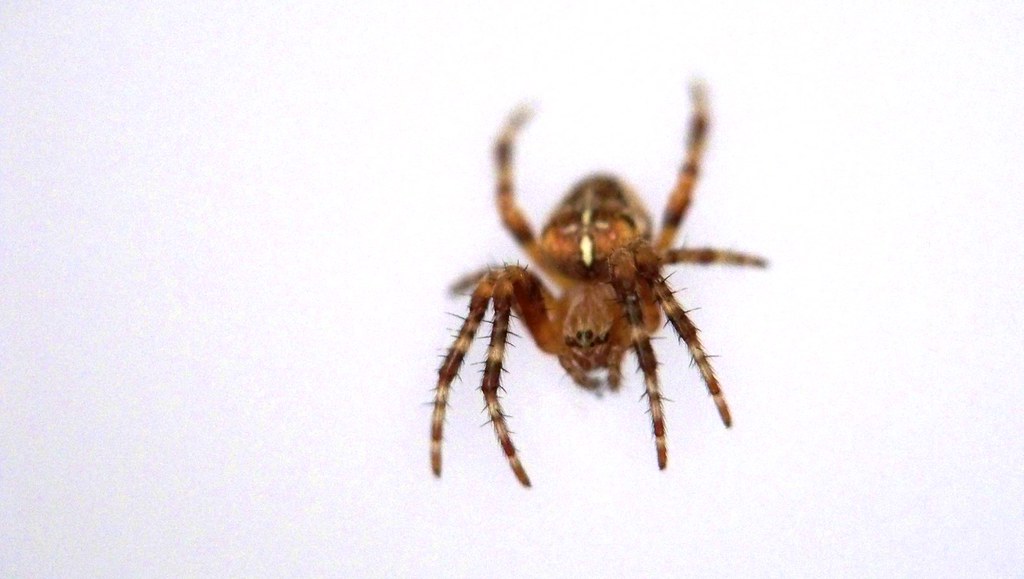 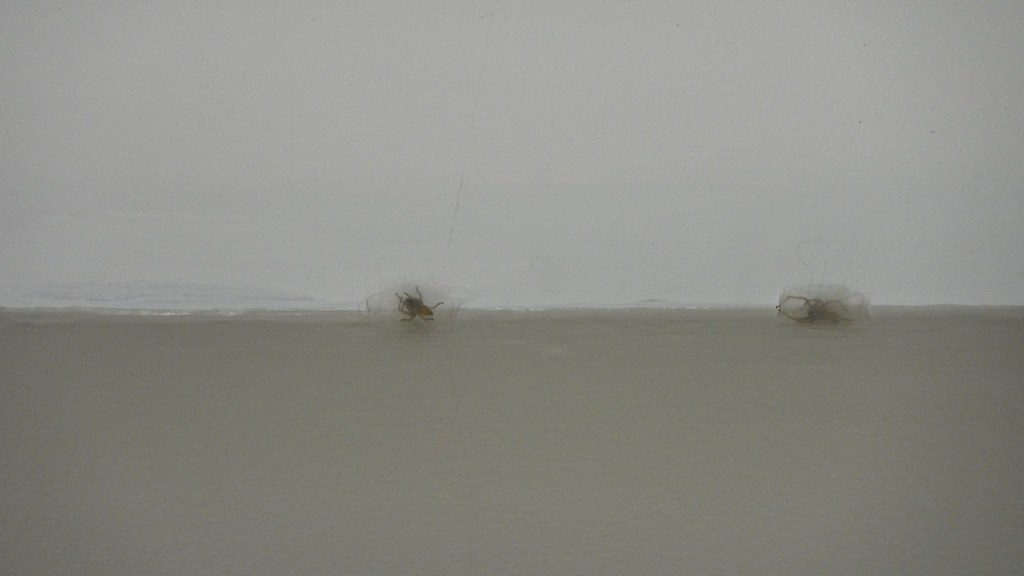 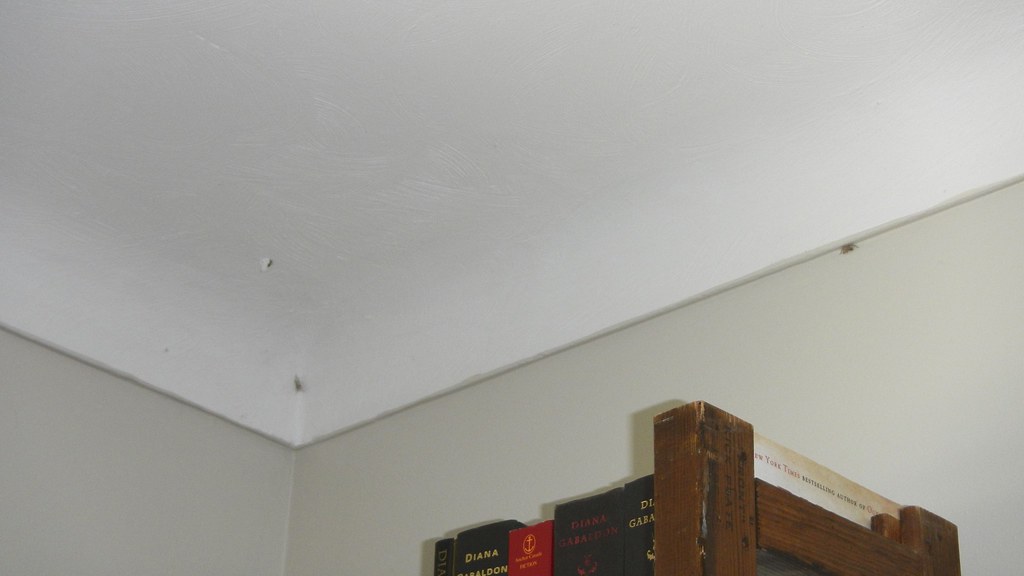 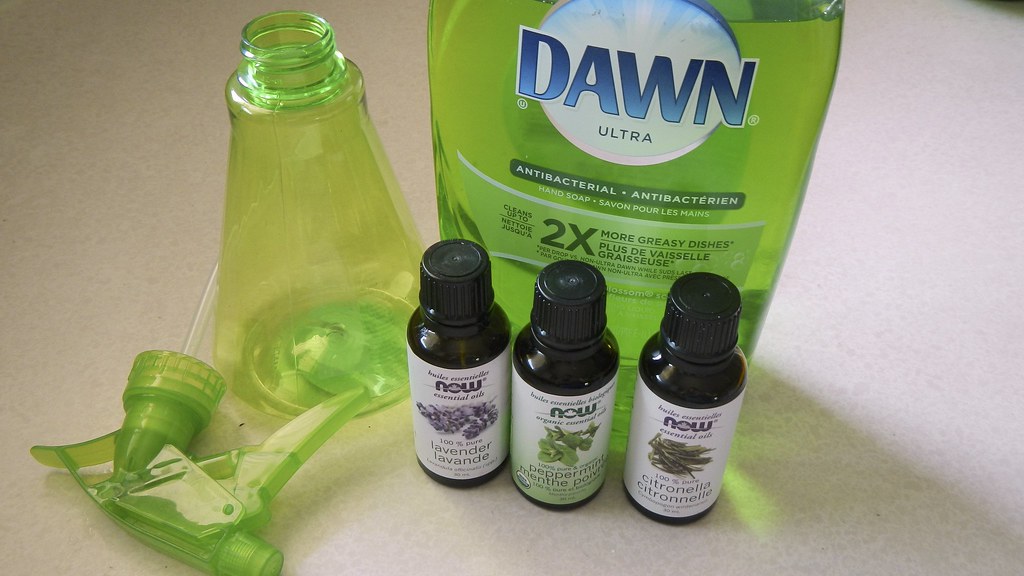 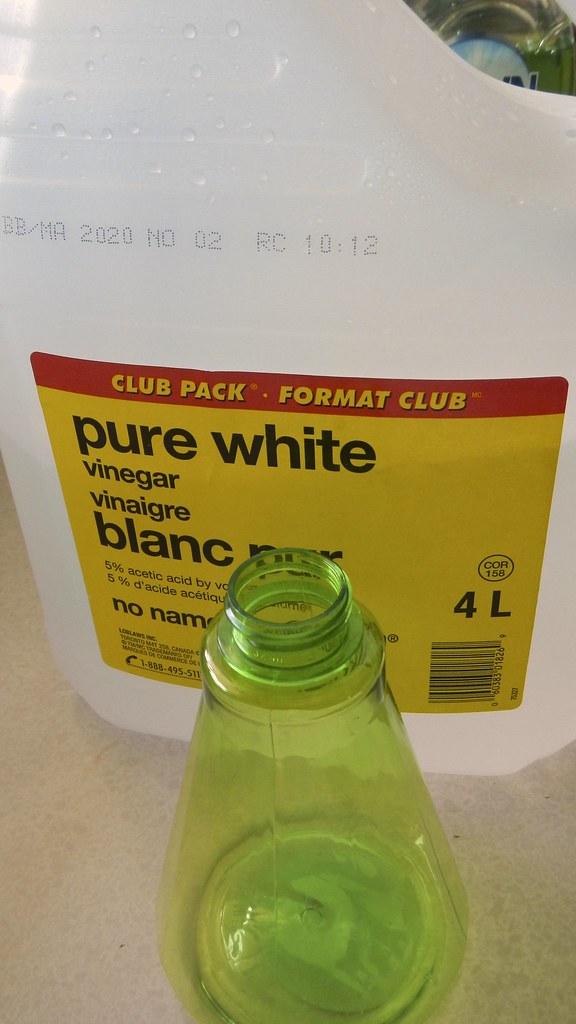 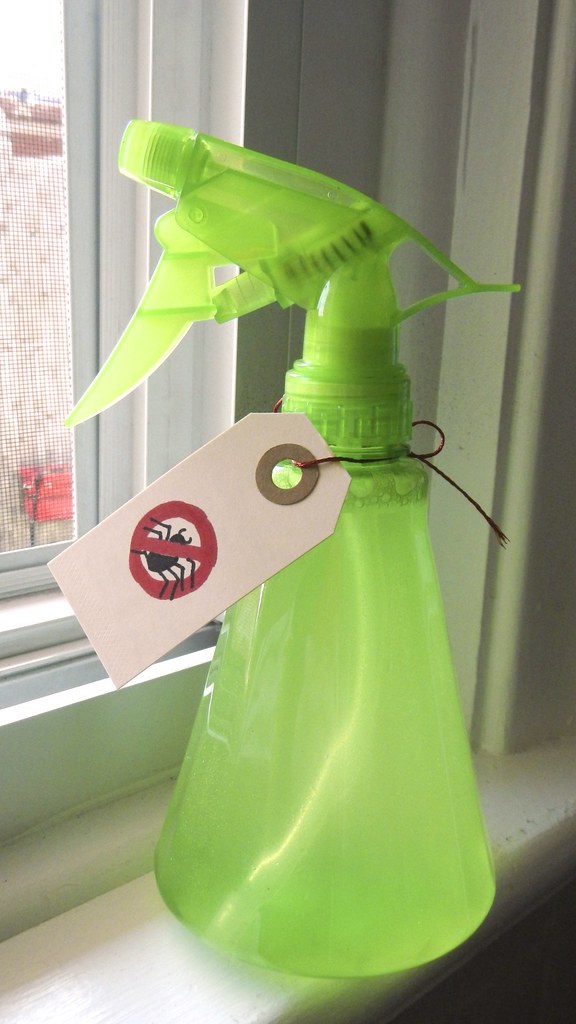 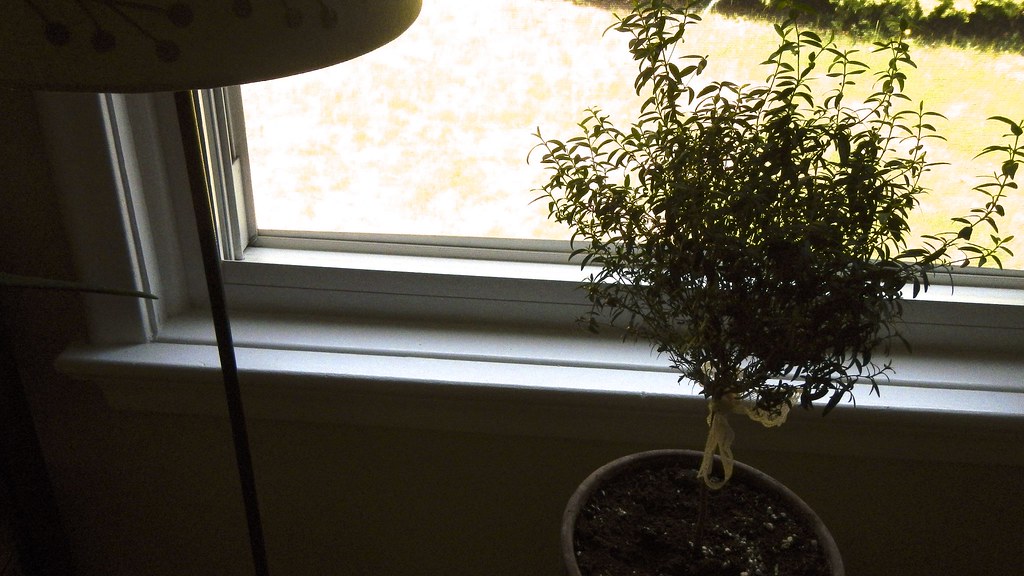 Another consequence of being away for the week, in addition to my friendly mushroom collection, is that we were inundated with fruit flies.  This is despite me scouring the kitchen before we left, scrubbing everything and emptying the compost and the garbage and cleaning them out. Nothing was left on the counters. 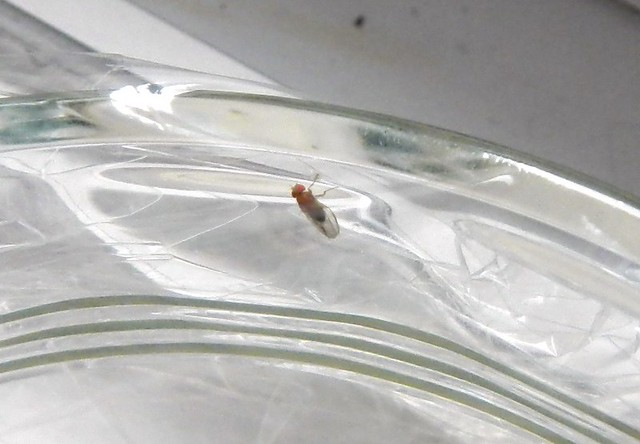 And they’re everywhere: flying into our faces as we sit in the office, harassing Gren as he lazes about on the couch …

When I was a kid and we were living in Victoria, all of a sudden one fall we were completely inundated with fruit flies. My mother tried EVERYTHING: traps, glue, tape, swatting, pesticides … nothing worked. Eventually she began to take enormous satisfaction in sucking up clouds of them with the vacuum cleaner. The culprit was eventually revealed to be a banana hidden in Ando’s closet. Yuck. I didn’t want this situation to turn into that situation. So, after hiding all produce in the safe confines of the refrigerator, I made up some traps for them in the hopes that they will mostly die and go away. There are lots of different fly traps you can make at home, but they all have the same basic concept: something sweet to attract them, some method of preventing them from leaving, and then a liquid to drown them. Or you poison them by other means. 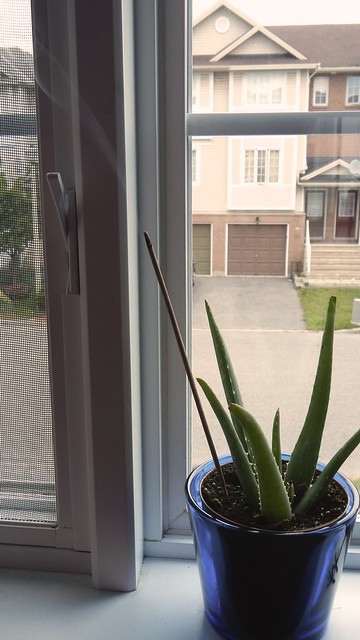 Fruit flies are also known as vinegar flies, because they are attracted to the sweetness of wines and juices, and of cider and rice vinegars. So my trap involved filling a bowl with enough rice vinegar to drown a fruit fly. You can also use juice or wine for this. Then you add a drop of dish soap to the mix to break the surface tension so the flies can’t get away. 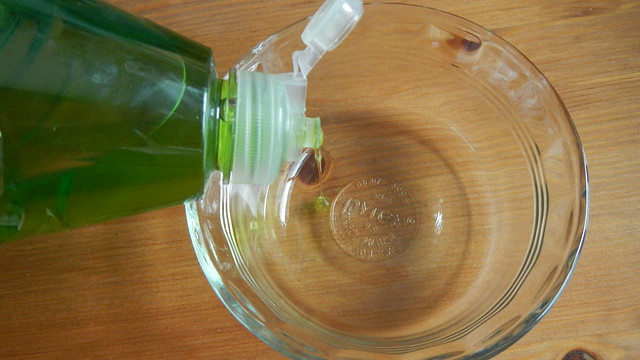 Then you make a cover. You can fashion a paper cone with the narrow end pointing towards the vinegar so that the flies get funneled in but can’t escape, or you can use plastic wrap. Poke lots of holes in the plastic wrap, each one about fruit fly sized. 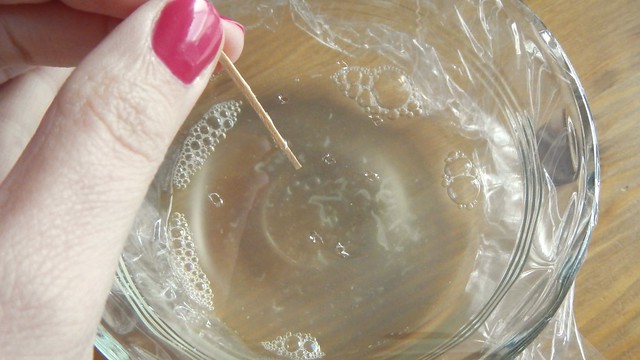 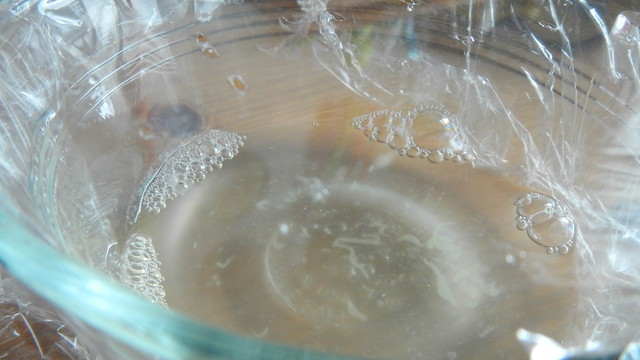 I also read that apparently fruit flies are like teeny tiny asthmatics. Because they’re so small, they need to breathe nice clean air. Particles like smoke get stuck in them and kill them. So incense is a pretty good killer of fruit flies. I shoved a few sticks into my house plants (because fruit flies like to hang out there when they’re not cavorting in the kitchen). After a few seconds I saw a fruit fly do a death spiral in the column of smoke and then keel over on the table below. NEAT. 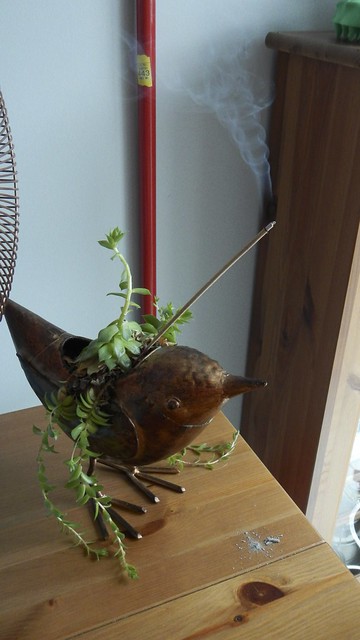 This is the kitchen vinegar trap after about two hours. SCIENCE. 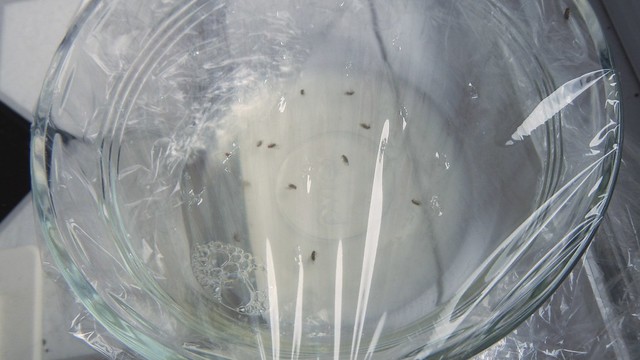 I get a lot of my DIY-know-it-all from my parents, who have been renovating houses and cooking up a storm since before I was born.

They also know a lot of nifty shortcuts that make them look really crafty and smart while taking little to no effort on their parts.

Here are three of those shortcuts for your edification.

The first is the tablecloth curtain.  This one is in our “yellow” bathroom, which will be renovated shortly, and the tablecloth will go back to the second-hand store from whence it came.  My mother simply folded over one end for a café look and sewed on a series of tabs to hang it with.  Simple, easy, and really it makes a cozy little room.

The second, also in the “yellow” bathroom (because it’s yellow, though who knows what colour they’ll paint it next), is the pot-lid holder magazine rack.  Perfect for a small space, the pot-lid holders (which you can purchase from IKEA or Lee Valley) are strong enough to hold several books and magazines for your bathroom entertainment.

And the third, while we’re on the yellow theme, is the fancy dish detergent bottle.  This was an old bottle of wine my parents picked up when we were living in BC, and you used to be able to just buy refill bags of dish soap so it cut down on packaging.  Pour in the coloured dish detergent of your choice and pop in a bartender’s stopper and you’re good to go.