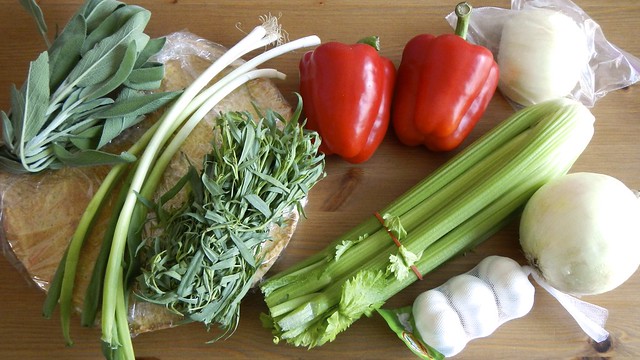 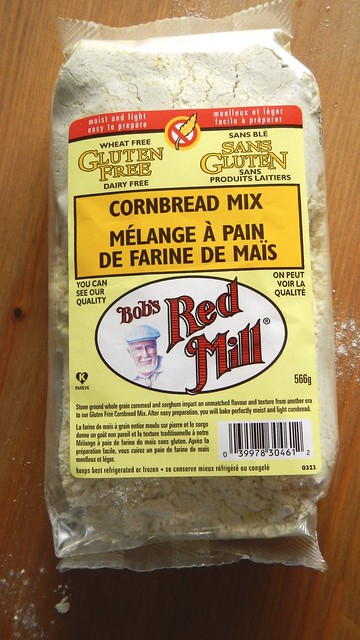 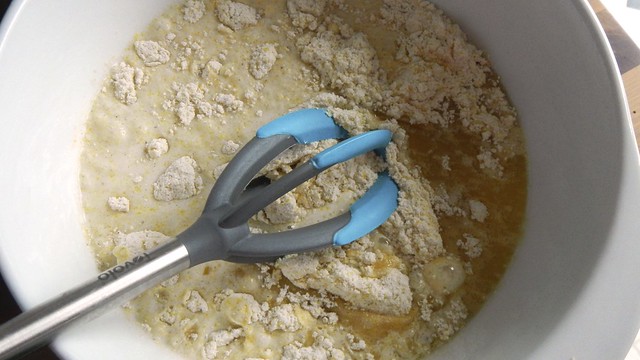 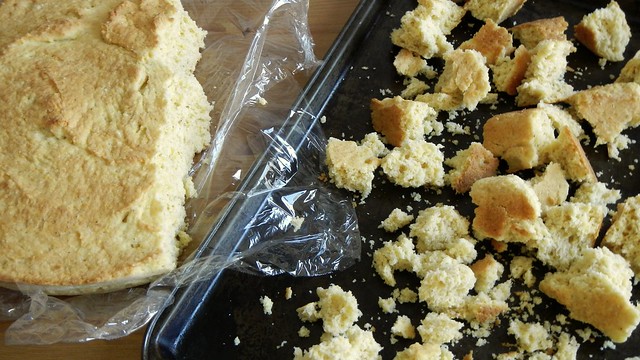 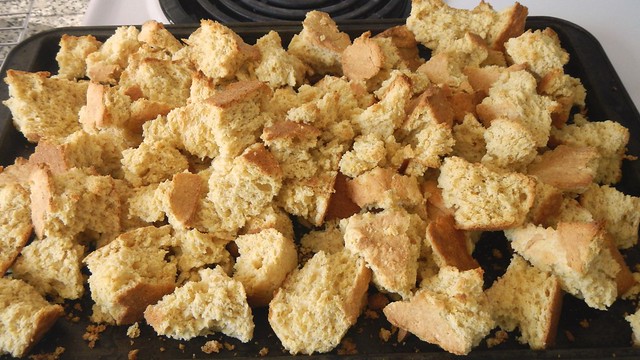 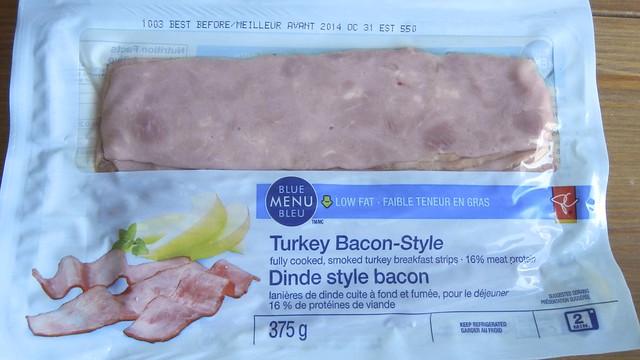 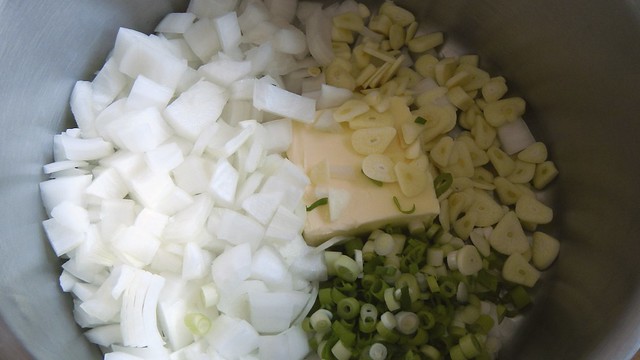 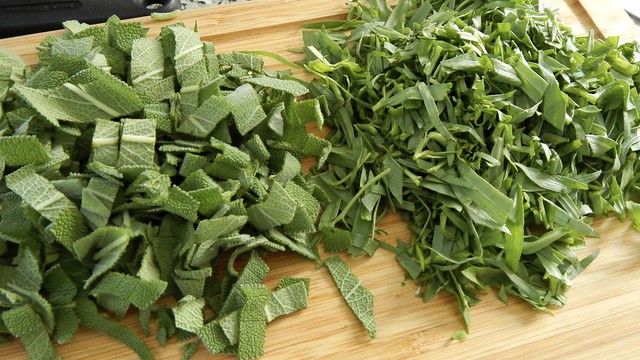 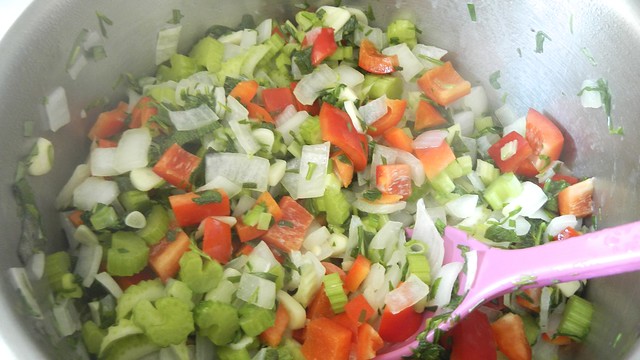 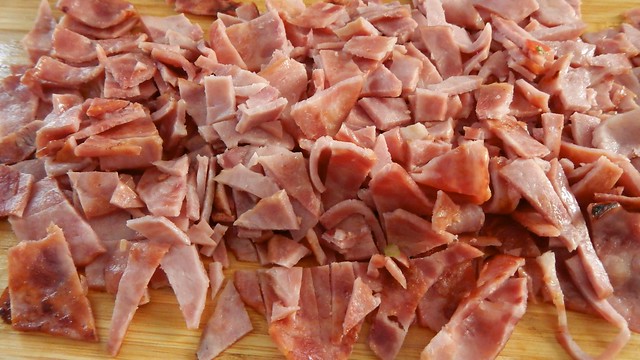 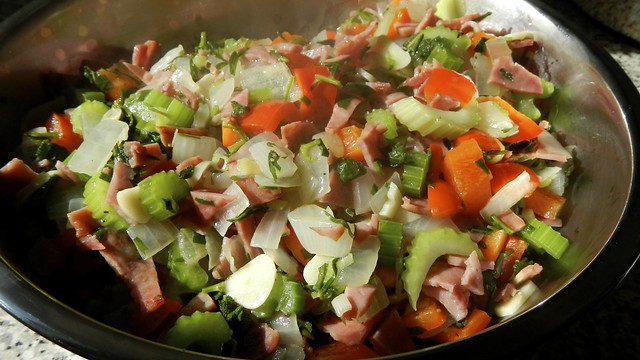 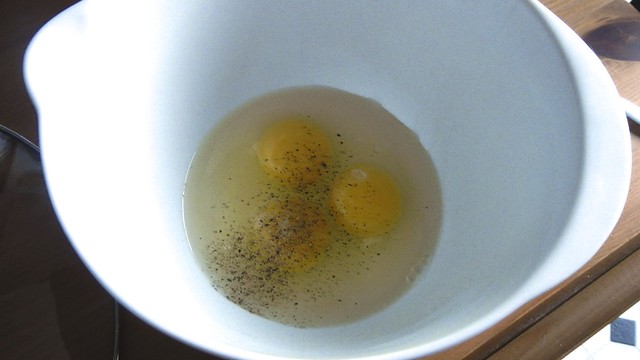 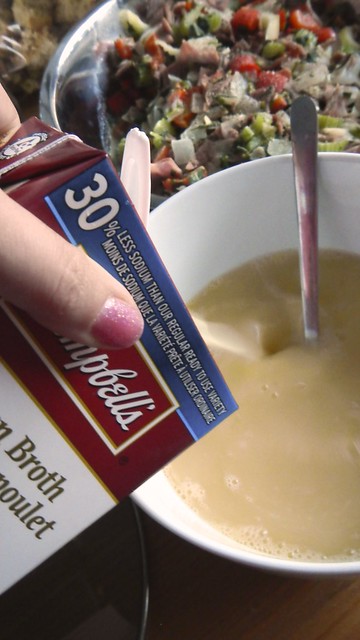 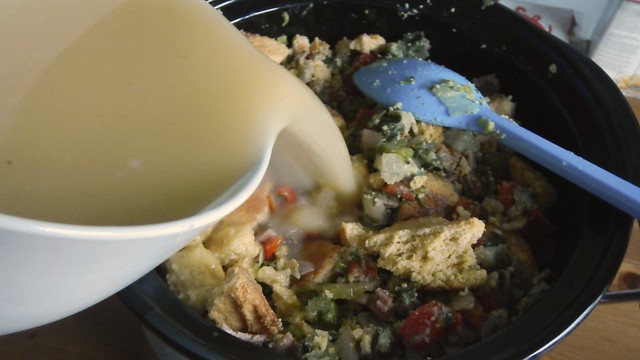 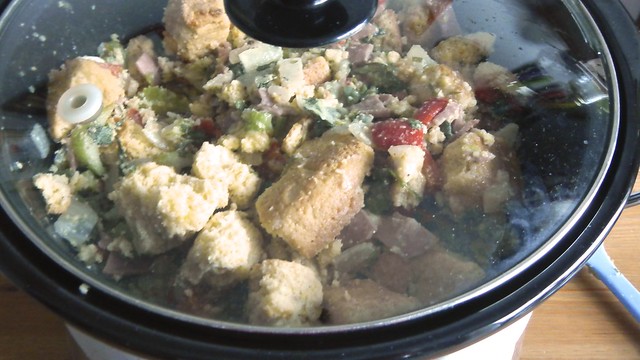 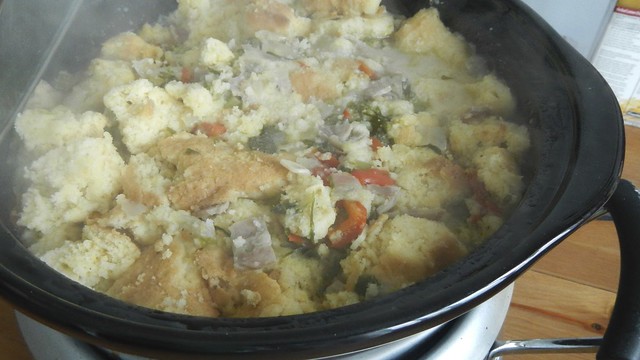 I always think of corn bread as being something out of the South (and by that I mean the southern United States), baked on a hoe over a fire after a long day of harvesting sun-drenched fields. Or from Latin America, where indigenous people have been using corn in recipes for ages and ages.

When I was looking for a modern twist on corn bread, however, every single online recipe I found was credited to someone in CANADA.  How strange is that?  Sure, we grow a lot of corn here, but the association just isn’t the same.  In any case, I adapted this particular Canadian recipe from WillowsMom99 at AllRecipes.

Preheat your oven to 400°F and generously butter a large cast-iron skillet.  We’re going to do this the old-fashioned way.  Sort of.  If you don’t have a cast-iron skillet, you should be ashamed of yourself and feel guilty enough to go out and purchase one immediately.  Until you do so, however, you can also use a 9″ x 13″ pan.

In a small bowl, combine 1 1/2 cups cornmeal (not to be confused with grits, corn flour, or masa harina) with 2 1/2 cups milk and let it stand for 5 minutes.

In a large bowl, whisk together 2 cups all-purpose flour, 1 tablespoon baking powder, and 2/3 cup granulated sugar.  I might lower the sugar amount to 1/2 or 1/3 cup, but if you like your corn bread sweet, then go for it.  Mix in the cornmeal mixture and stir well.

Add in 2 eggs and 1/2 cup butter, melted, and stir until smooth.

Here’s where you have a chance to get creative.  I stirred in as well about 1 1/2 cups grated cheddar cheese and 2 cups frozen corn.

Pour the batter into the prepared skillet.

Bake for 30-35 minutes, or until a knife inserted into the centre of the cornbread comes out clean.

Allow to cool slightly in the skillet on a rack, then tip out and slice into wedges for serving.

Great with chili or just on its own.  Just remember to wrap it up tightly to store it, as it goes stale very quickly.