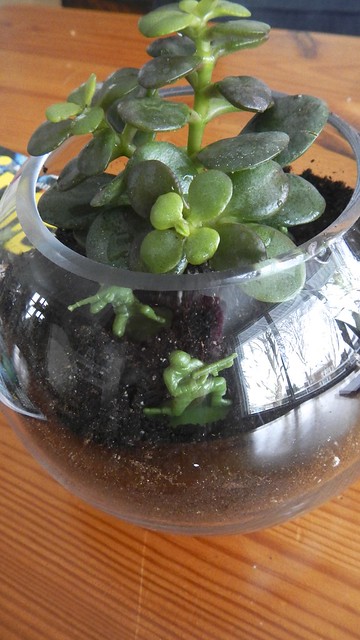 If you live in Canada you’ll know that this past weekend was so cold that it resulted in an extreme cold warning from Environment Canada being set for SIX of our ten provinces. That meant that here in Ottawa the temperature hovered around -28°C (with a windchill of -37°F) for almost three days. For you Americans out there, that’s basically absolute zero (actually on the Fahrenheit scale it’s kind of close to the same thing). It was too cold even to take our extra-furry dog out for a walk, and we were all cooped up inside driving each other nuts. 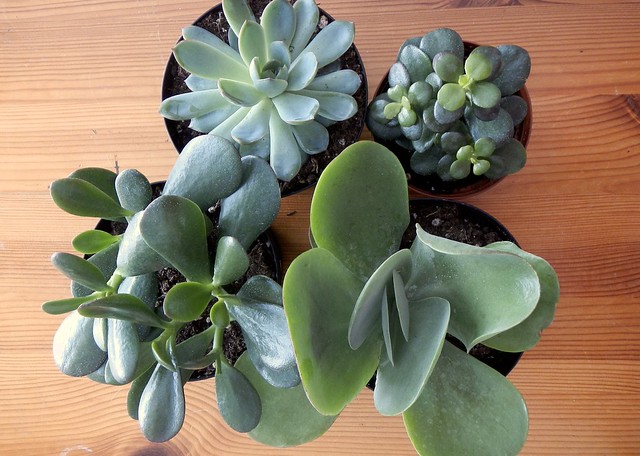 As a nod to the spring that I know is coming, I decided to take the time to make myself a terrarium or two. I know I’m behind the trend curve on this one, but now I finally have actual windows that point in directions where sunlight comes in and I’ve been itching to make my own terrariums for YEARS. Now keep in mind that the versions I made are “quickie” versions, ones where the plants inside will need to be re-potted or moved in a couple of months. If you want to do it right, I suggest you read some of the articles I have at the bottom of this post. These succulents I picked up at Home Depot and very carefully bundled them home in a way that would avoid being outdoors for longer than thirty seconds at a time. 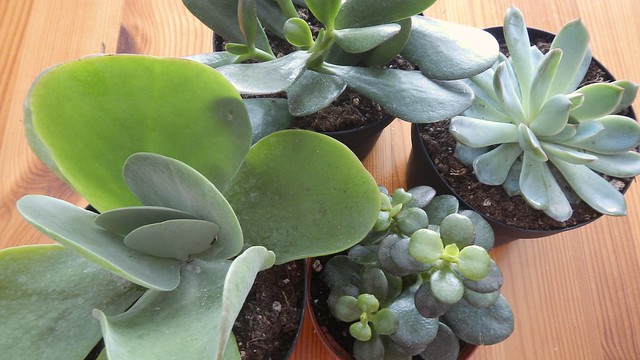 These containers I already had. The little fishbowl thing came from the dollar store and the giant antique cookie jar thing came with the Pie when we moved in together. 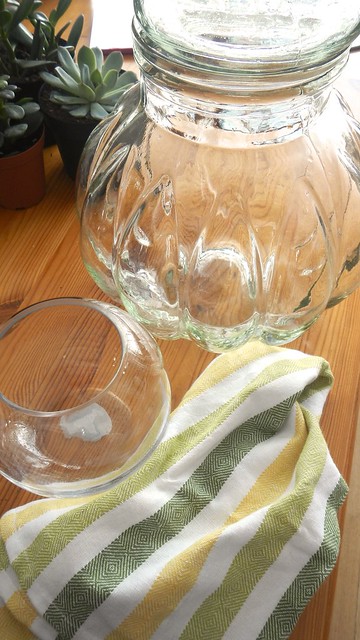 First thing you need is some gravel for drainage (at least until the root systems get bigger and they start traveling downwards). I didn’t have any gravel on hand so I used these glass pebbles I’ve had kicking around the house for like a decade. I’ve used and re-used them for projects like this a million times. 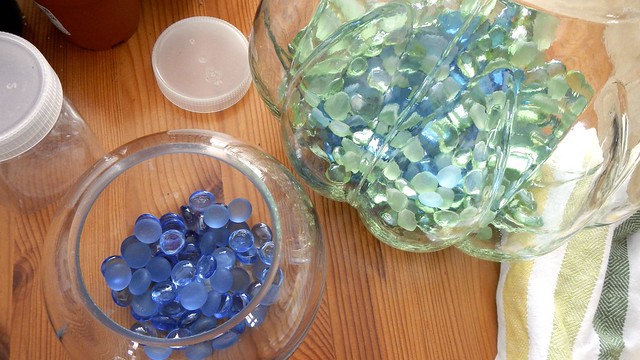 Then you scoop in some potting soil. I used a cactus and succulent mix, which has decent drainage. 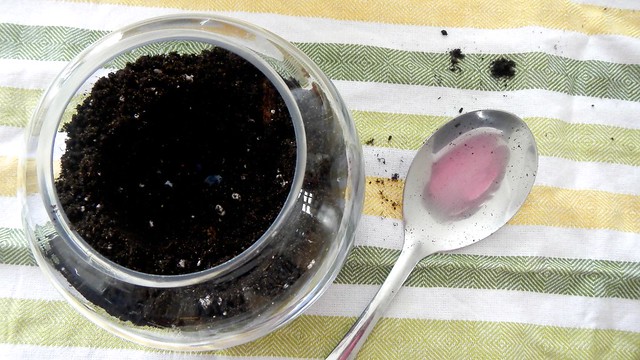 Then you wrestle with your plants. When repotting anything, make sure to loosen the soil where the roots are – disturbing the root ball will make roots grow in different directions and force them to adapt to the new setting. 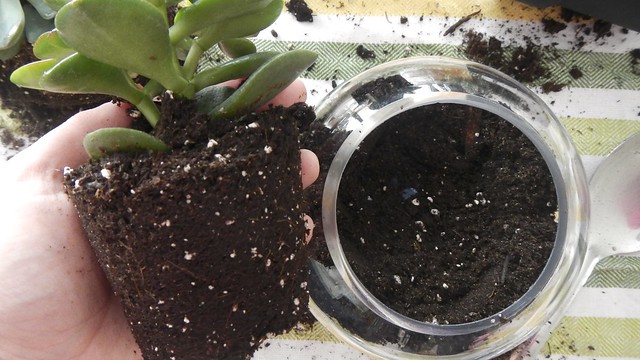 I used  a soup spoon to pat down the soil inside my little fishbowl. 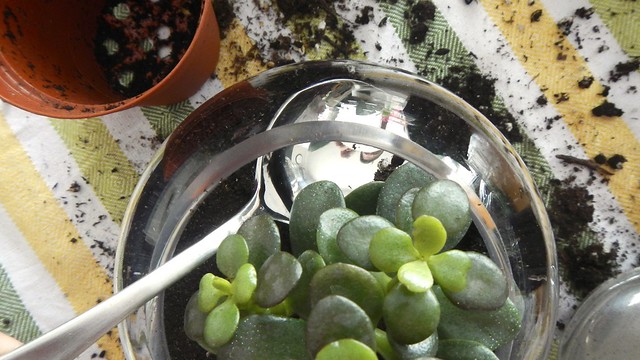 The cookie jar ended up being smaller than I had anticipated for the plants I bought. These are way overcrowded, so I ended up pulling out one of the plants and putting it in a pot in the living room. 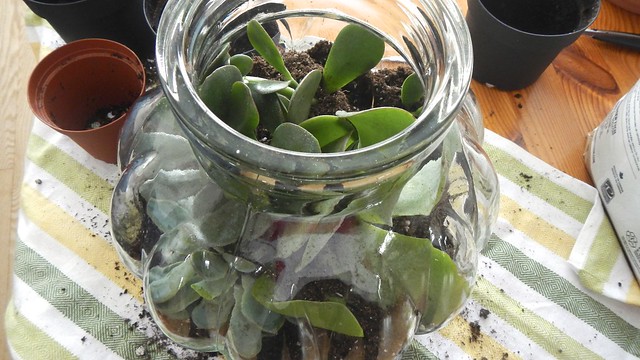 Then I added a pirate. Looking for treasure. 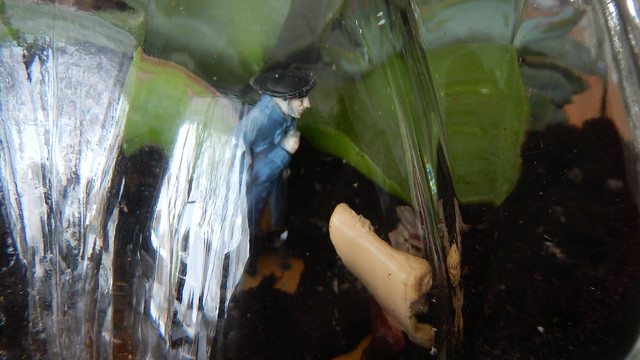 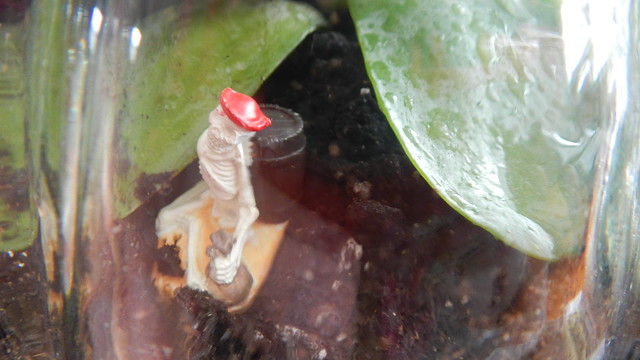 To the other one it was some tiny army men. 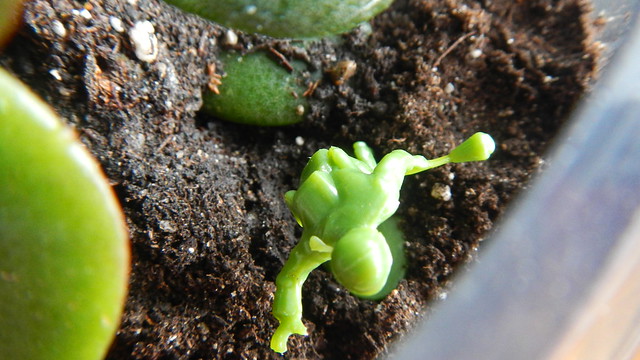 One is on my coffee table. 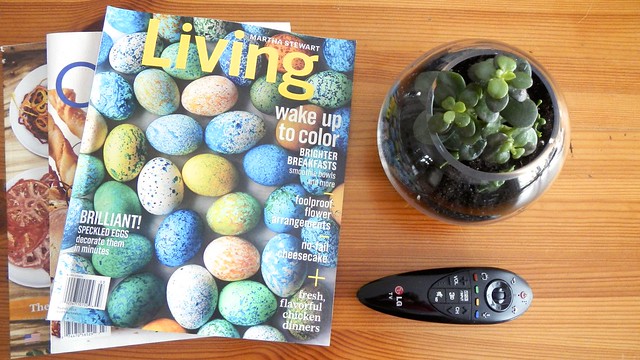 The other is in the dining room. And both make me happy to see them every day. Spring can’t be that far away! 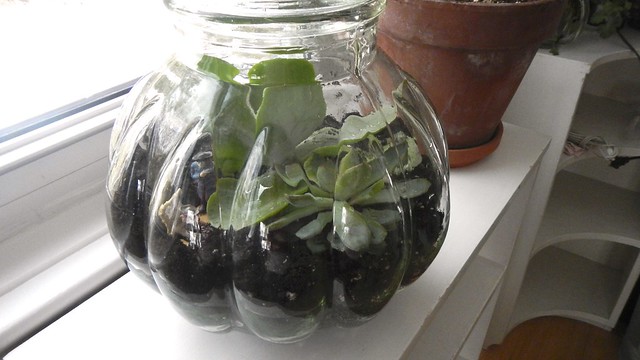 A guide to making a succulent terrarium