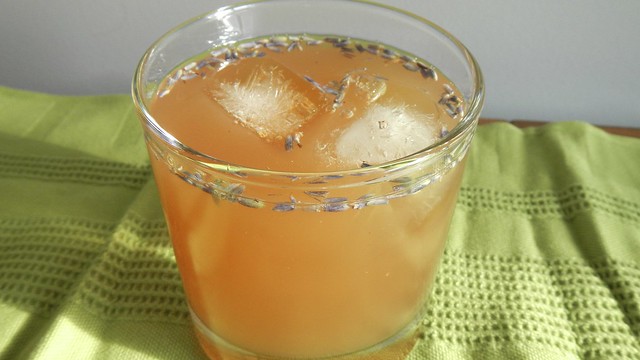 This is very much my new favourite cocktail for summer, and I’m really not a gin kind of person. Here is a very slight variation on a recipe from Sugar and Charm and I hope you find it as delightful as I do. I already had a batch of Earl Grey tea sitting in my fridge so it just seemed like a logical choice. Just remember that if you’re planning to drink these late at night you might want to go with decaffeinated tea bags. 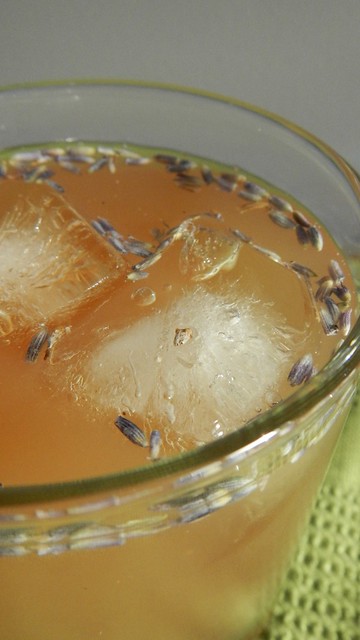 Grab yourself a pot of chilled Earl Grey tea (mine was vanilla Earl Grey which I think simply added to the goodness), some gin, some honey, some lavender (fresh sprigs are better but this was what I had), and a lemon. 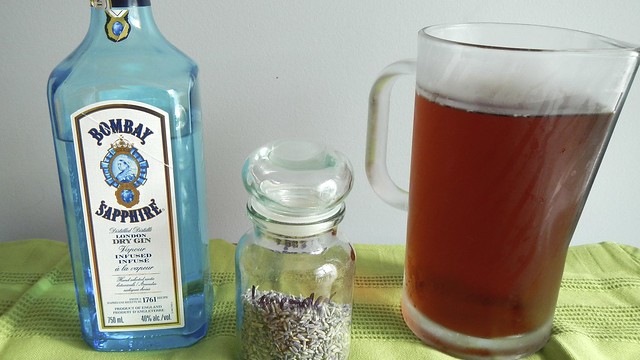 In a cocktail shaker (or the ol’ Captain-America-glass-and-sundae-spoon), plop some ice, a teaspoon of dried lavender, 3/4 oz fresh lemon juice, 3/4 oz honey, and 1 1/2 oz gin. 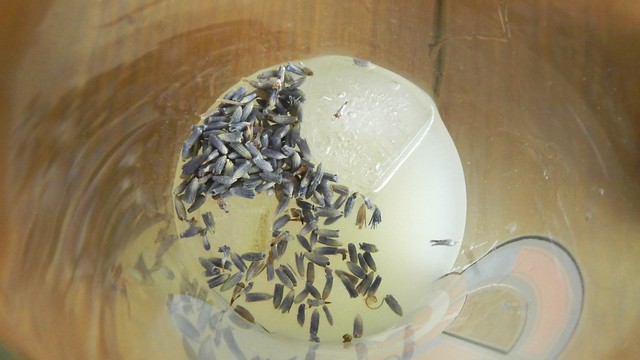 Tip in 6 oz chilled Earl Grey tea and shake it up (or give it a good stirring). 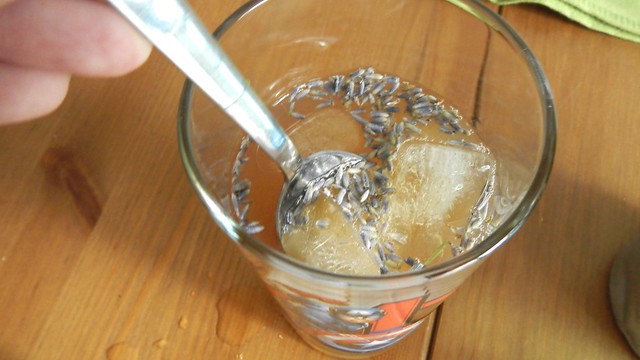 Strain into a tumbler over ice and garnish with another sprig of lavender. I left the dried ones in, which meant I required a straw so as not to sip them up. 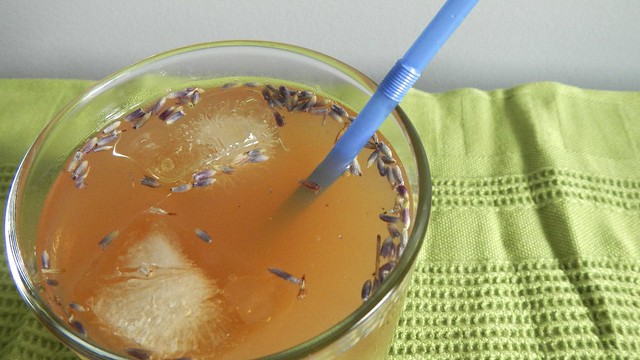 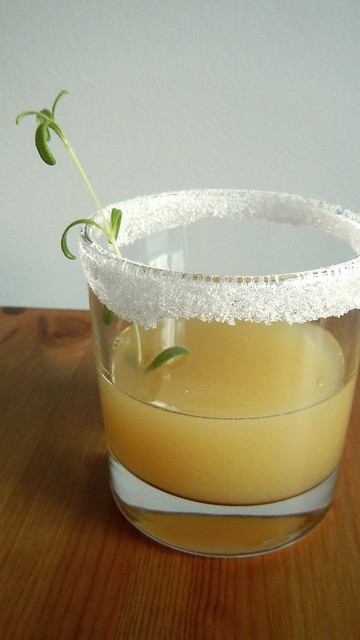 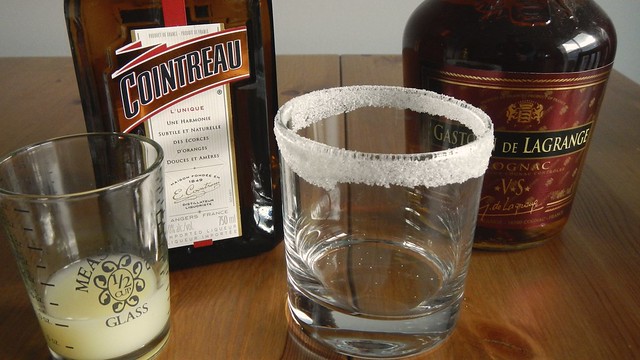 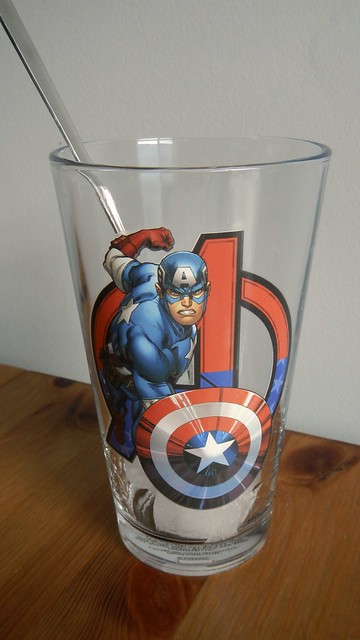 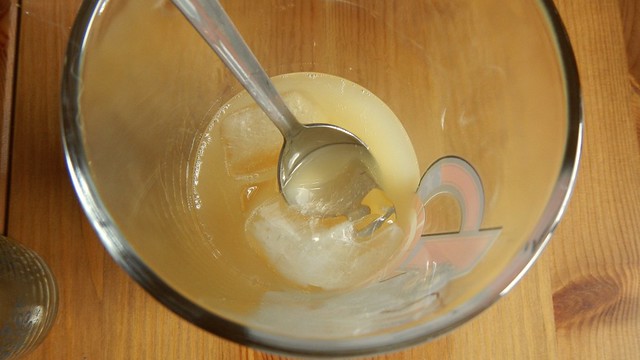 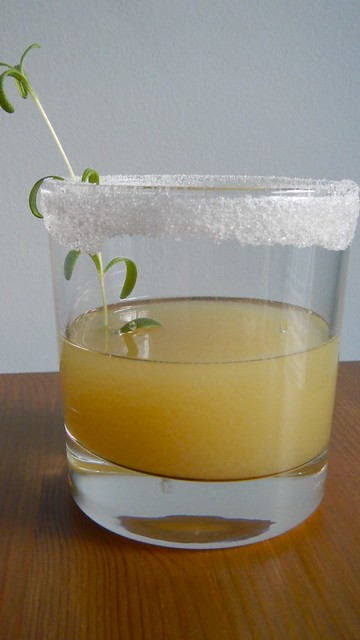 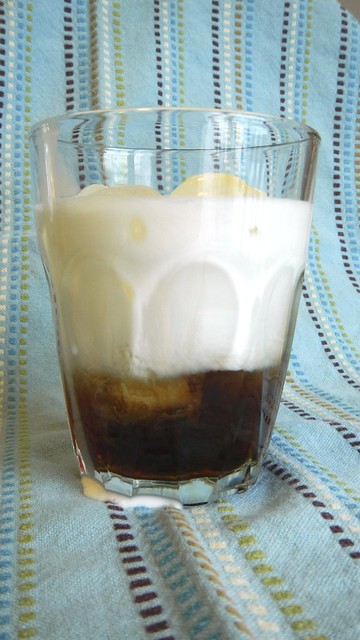 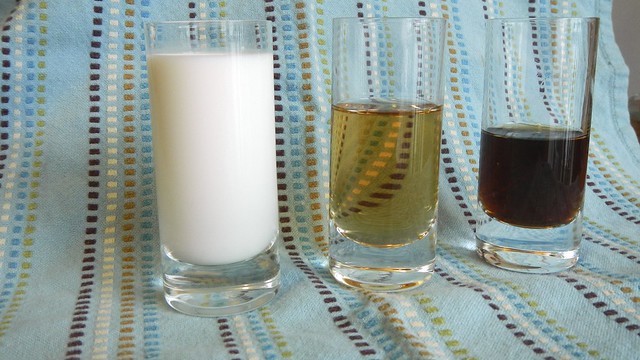 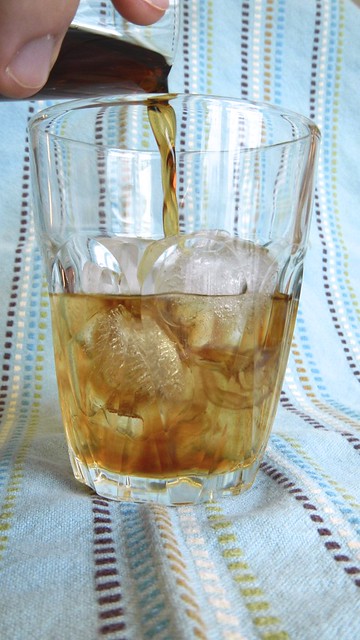 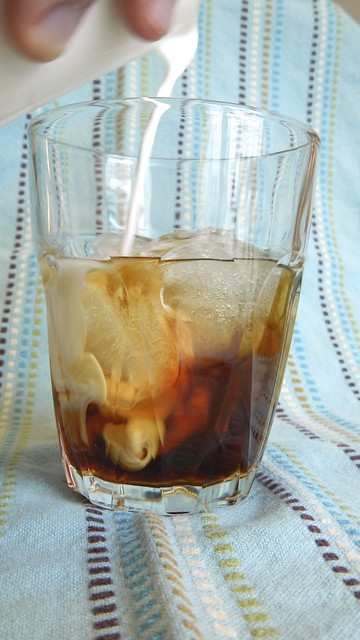 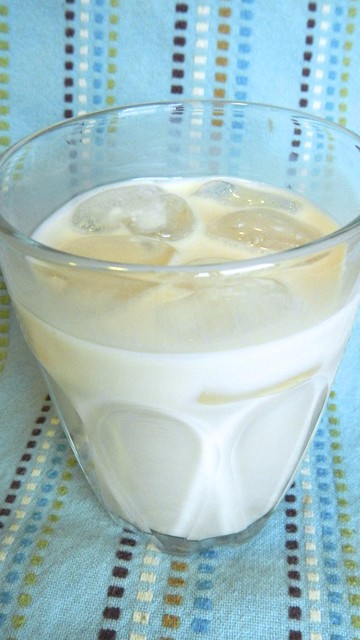 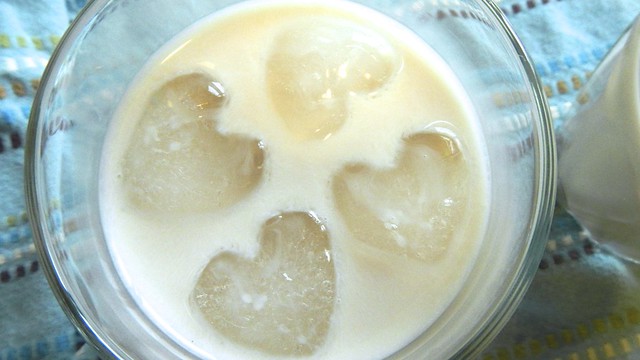 … for White Russians (the drink, not our pink-skinned former Soviet comrades).  Our friend Trav mixes up alcoholic beverages as a hobby, and whenever we go to his house the Pie orders the same thing — a white Russian.  I am not a huge fan of mixing alcohol and milk so I crinkle my nose at these things but he’s a huge fan, so the other night I photographed Trav mixing one up so you could sit with me and either enjoy it with the Pie vicariously or (like me) judge him on his beverage choice.

The mix is easy, but Trav likes to be perfect so he looks it up, every time.

Start with 2oz vodka (this one is Newfoundland vodka, made from icebergs, and I’m not even kidding).

Give that a stir.  Trav likes his bar spoon, which also conveniently doubles as a straw so he can test the drinks before he hands them out without getting his germy face all over the glass.

Then carefully pour 1oz cream (light or heavy, that’s your choice) over the ice.  Ideally it’s supposed to float on top, but that’s hard to do, and personally I like all the swirly whirlies in there.

While this was going on, I managed, for the first time ever, and with only a small amount of spillage, to properly create a crown float, which is Guinness Stout floated over a cider (in this case, Foundry).  I was right pleased with myself.

I hope you enjoy your weekend.  We may steer clear of these beverages this time around, but who knows?