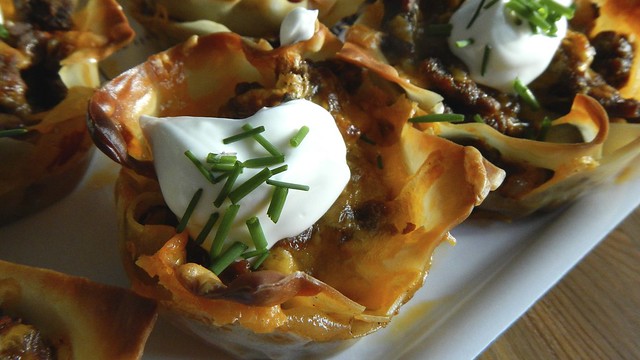 To celebrate the success of our Bench Cover Thingy, Cait and I held a wee taco party afterwards. These are inspired by Kevin & Amanda, and I think I’ll be cooking these up pretty often. They’re easy and provide a tidier option to those of us who like hard-shelled tacos. Plus kids will love being able to make up their own custom tacos in advance. Also tacos always remind me of my favourite joke, but I don’t wanna taco ’bout it. You’ll have to watch it to see what I mean. This recipe makes enough for 24 taco cups, which feeds four hungry adults quite nicely. 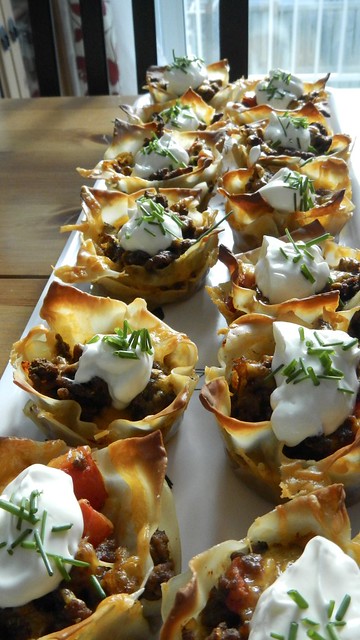 Start with half a large sweet onion and dice that up. 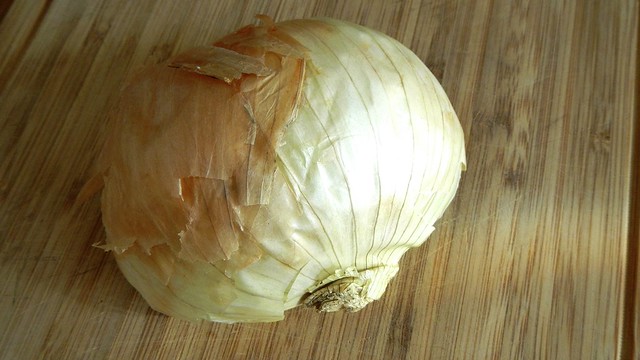 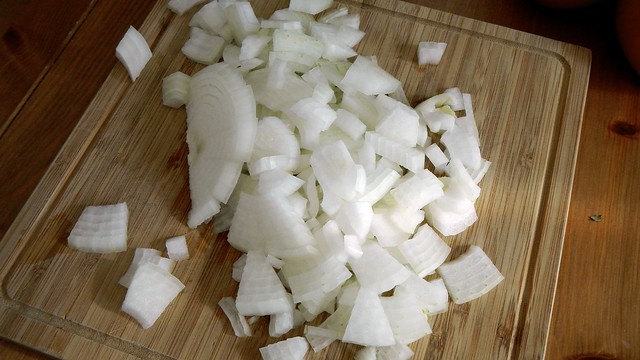 Grab 2 tomatoes and dice them too. 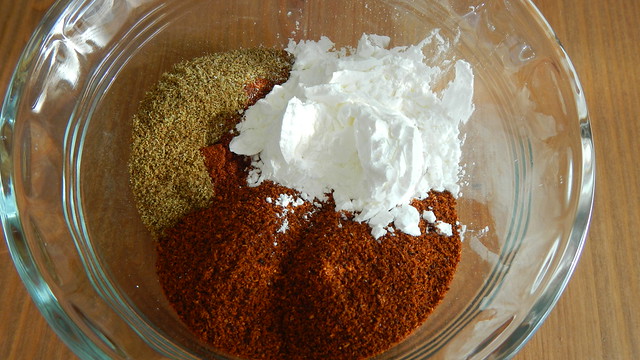 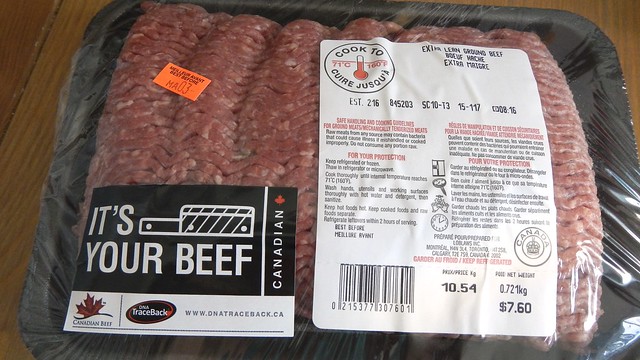 Sauté your onions in about 1 tablespoon olive oil until translucent and amazing-smelling. Tip in the meat and stir, breaking it up into little pieces, until it’s browned all over. Drain it if necessary (the bonus of extra-lean is you don’t need to drain). 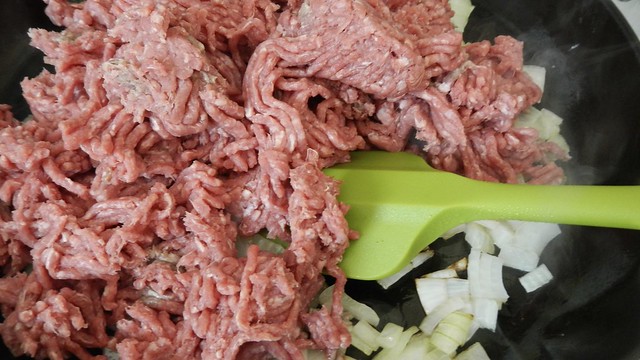 Remove the meat and onions from the heat and tip them into a large bowl. Dump in your spices and mix them around. 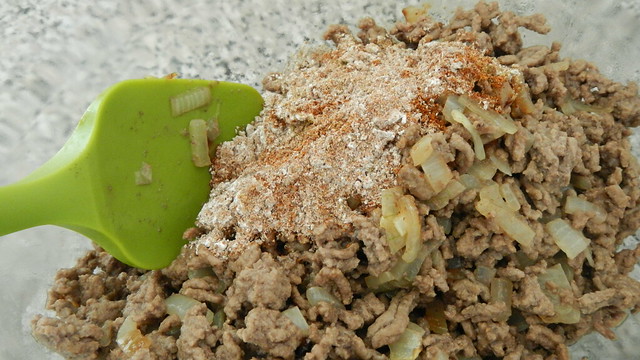 Tip in the diced tomato as well and give that a good stir. Set that bowl aside for a spell. 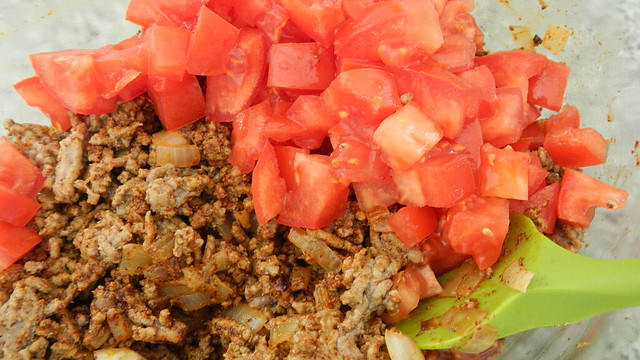 Now preheat your oven to 375°F or thereabouts. Grate up about 2 cups cheddar cheese (you can use more or less if you like). 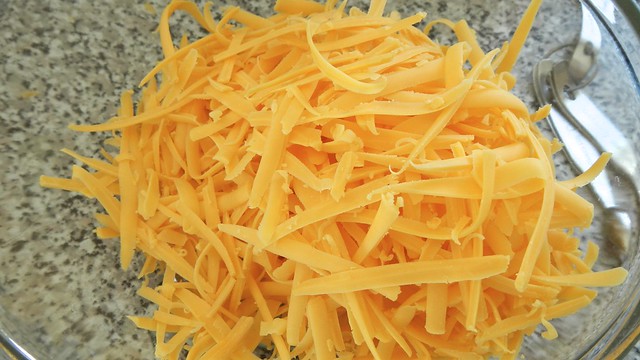 Grab a muffin tin and generously brush the whole thing with olive or vegetable oil (or use cooking spray). I did the 24 taco cups in two separate batches so they were fresh and hot, so I only needed the one tin, but if you’re doing them all at once you will obviously need two tins. 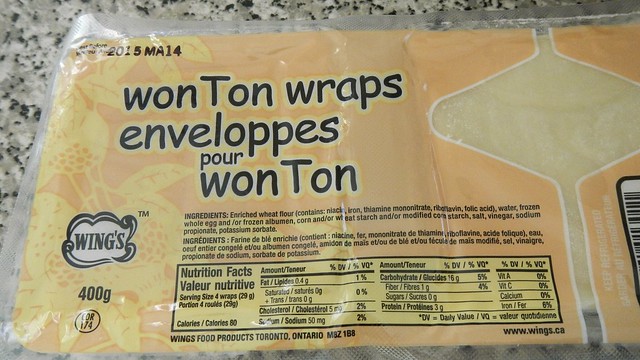 Now you need some wonton wrappers. Square ones are probably best. 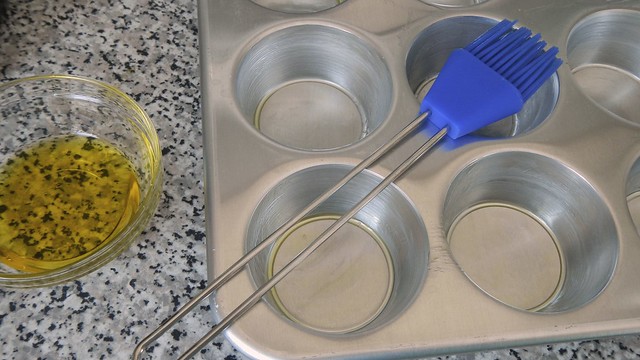 Press a wonton wrapper into the bottom of each hole in the muffin tin. 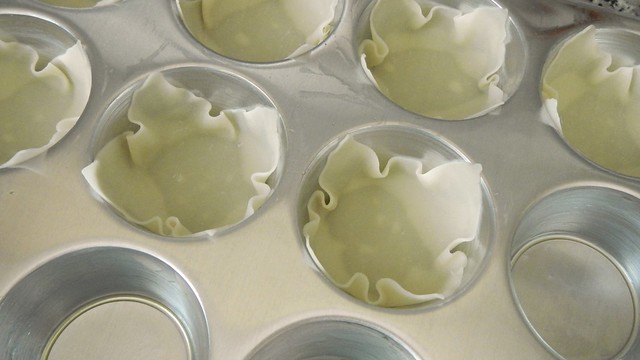 Spoon a small amount of meat, onions, and tomatoes into the spaces as well. 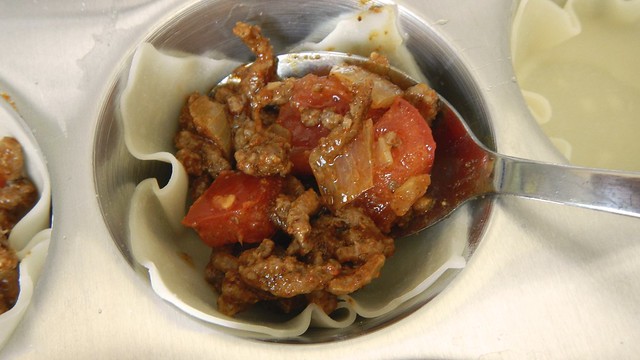 Top with a wee bit of grated cheddar. 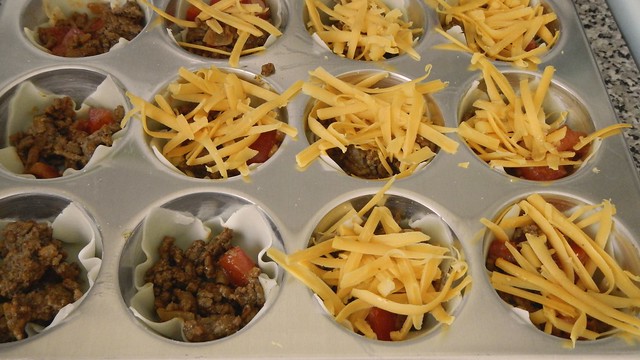 Then jam on ANOTHER WONTON WRAPPER. Press everything down underneath it so you still have space to put stuff. 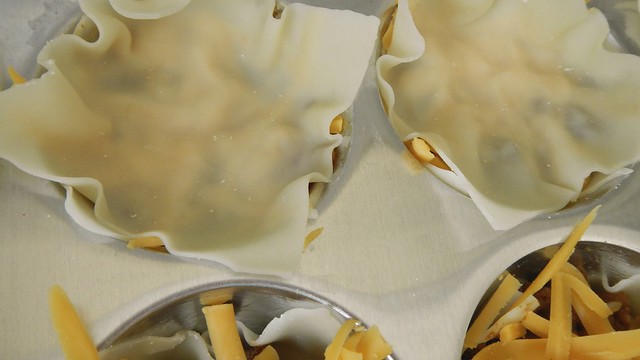 Spoon in some more meat/onions/tomatoes and top with additional cheese. 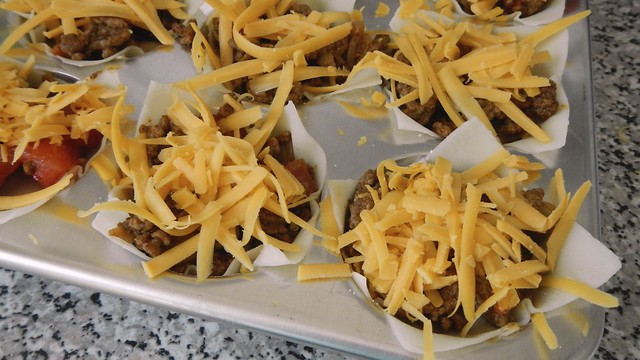 Bake for 10-15 minutes, until the wonton bits that you can see are brown and the cheese is melty and bubbly. 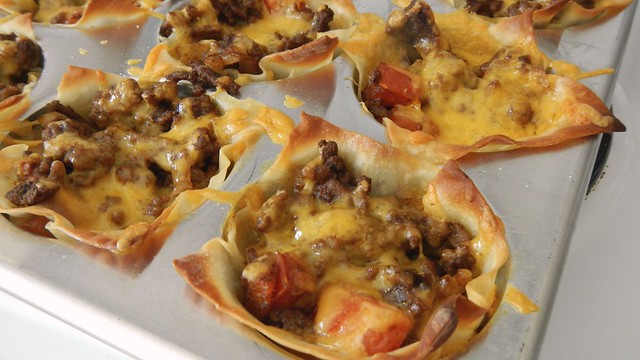 Cait and I found that about five minutes on a cooling rack after baking made them a bit more solid and easier to handle. Just be careful when you’re scooping them out and run around the edges with a spoon to make sure nothing is still attached to the tin. 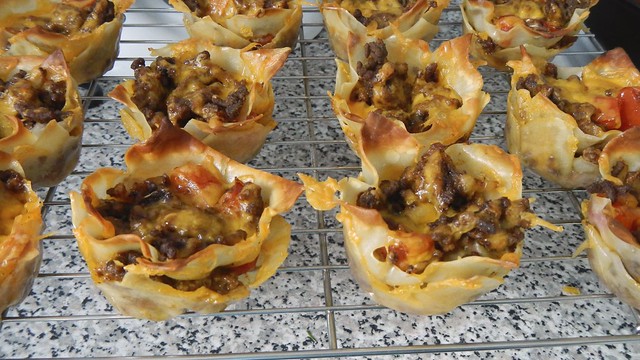 Top with a dollop of sour cream and some fresh chives and you are golden. 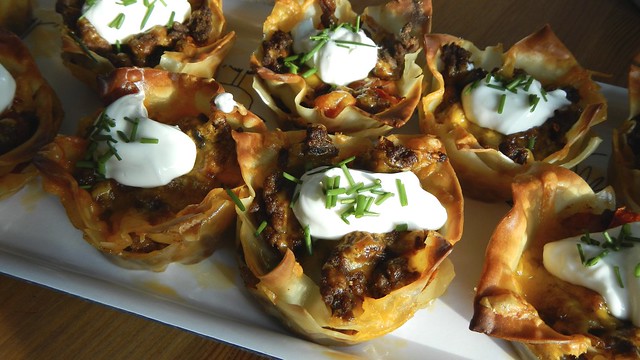