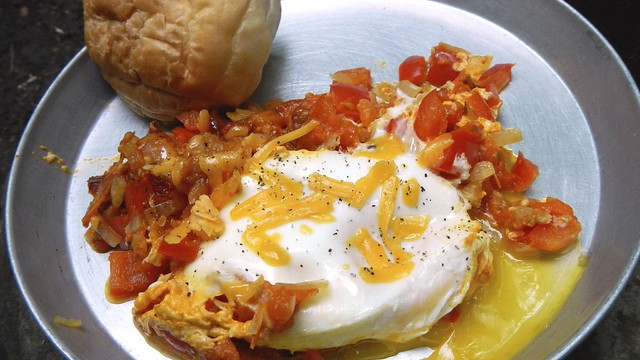 This quick hot lunch is adapted from a breakfast I found in The Camping Cookbook, and it sure beats a soggy sandwich any day.

Finely chop up 1 large onion and sauté it in 2 tablespoons olive oil until translucent. Sorry for the blur: it was such a dark and gloomy camping trip. 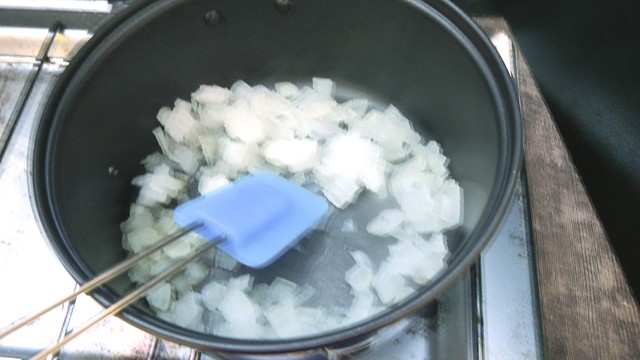 While that’s going on, finely chop up as well 1 red pepper, 2 large tomatoes and a garlic clove or two (I roasted some garlic before I left so I brought it along and mashed it in). 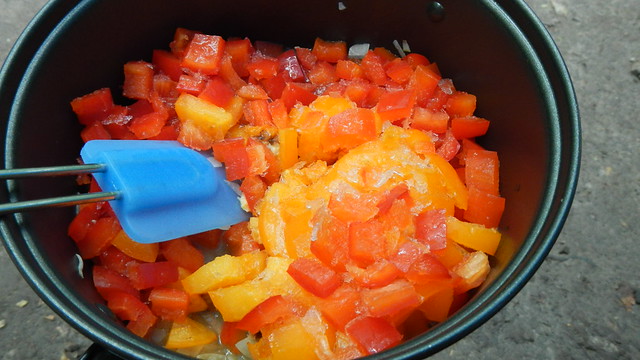 Add that to the pan as well as 1/2 teaspoon chili flakes (the Pie is mad for chili flakes, so I may have added extra). 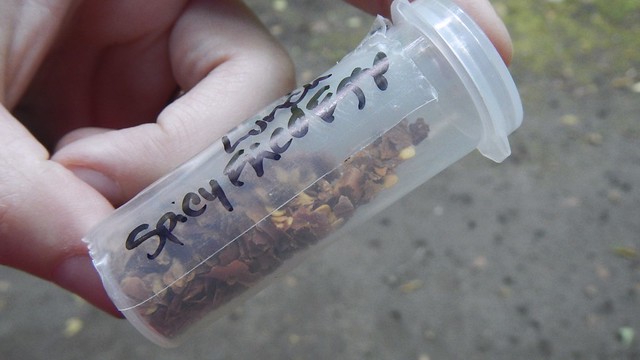 Season that with salt and pepper, then cover and let that simmer for about 10 minutes, until you have a lovely sort of almost-sauce. Dig a few holes in the sauce and crack in 2 or more eggs. Cover the pan and let that cook for about 5 minutes, or until the eggs are done to your liking. 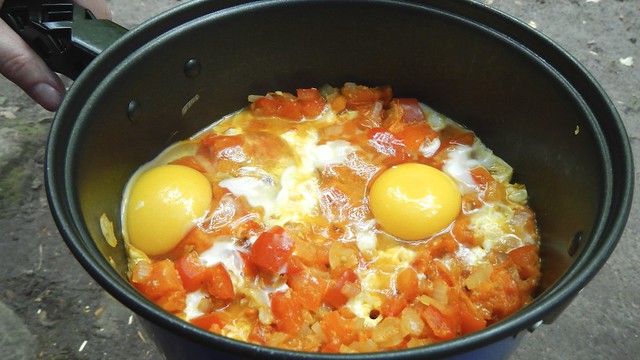 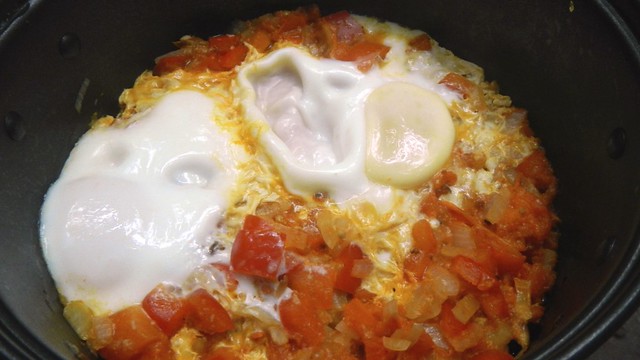 We served ours with a bit of grated cheese on top, and a roll of bread on the side and it was a super satisfying lunch! 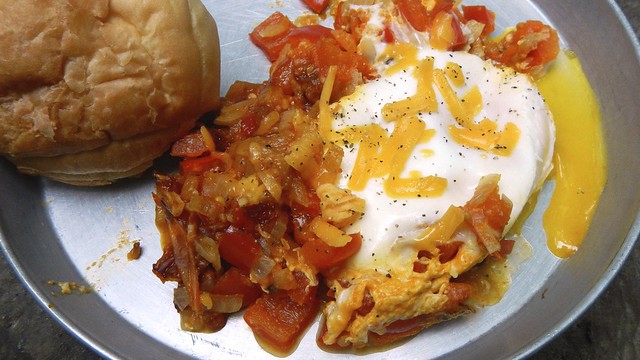