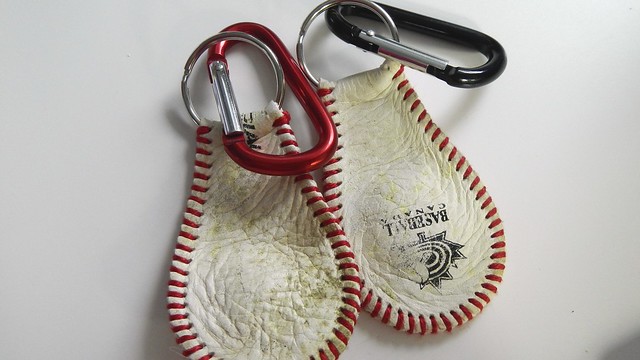 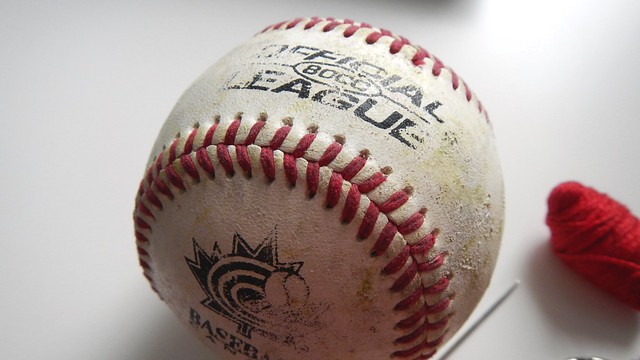 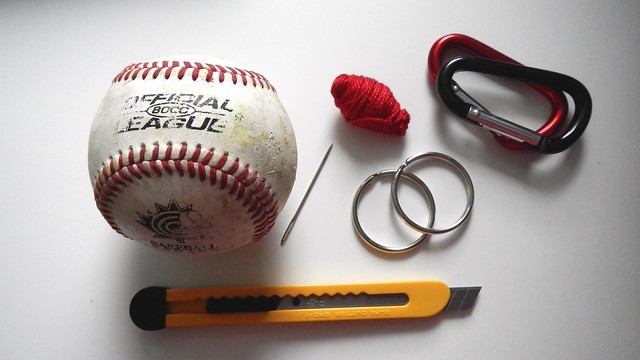 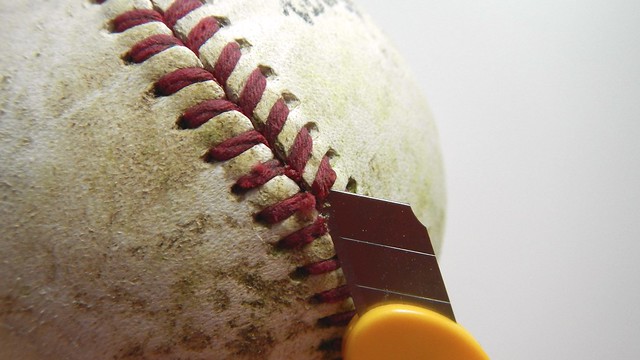 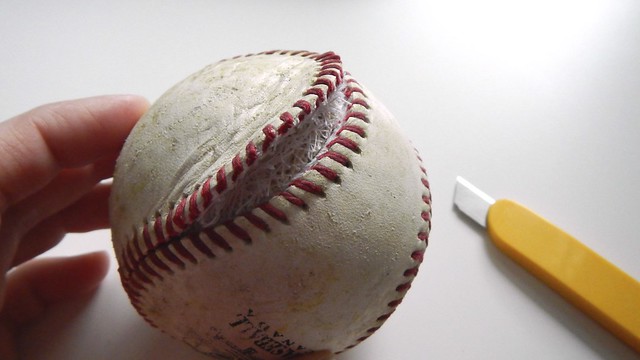 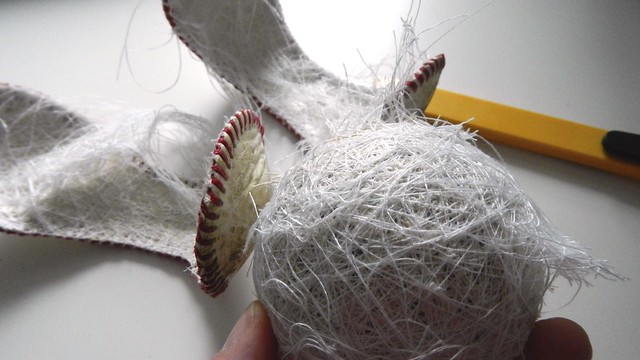 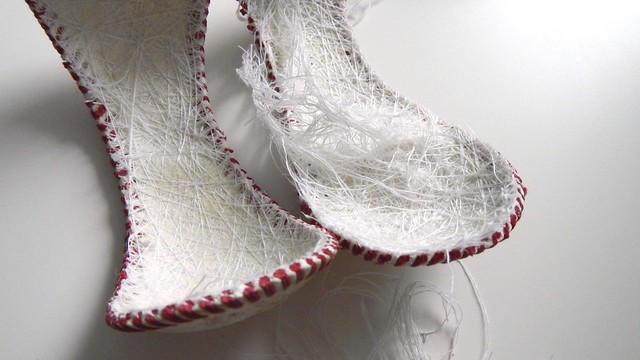 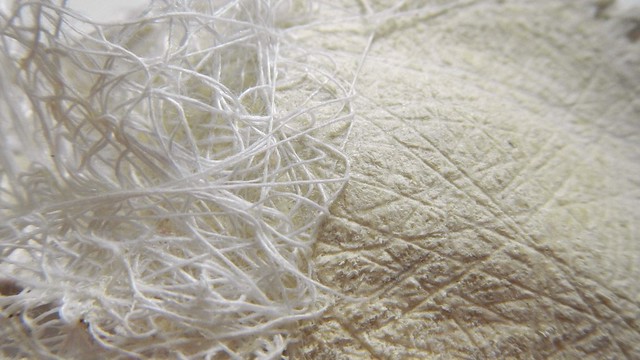 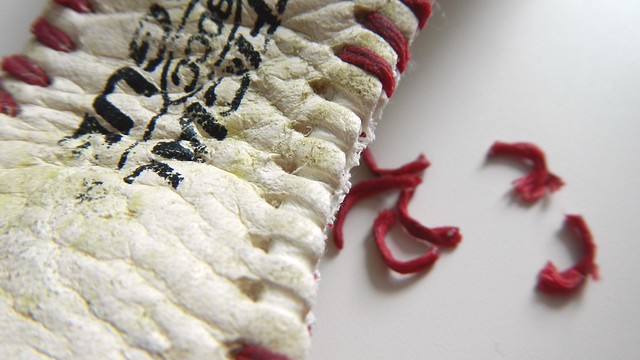 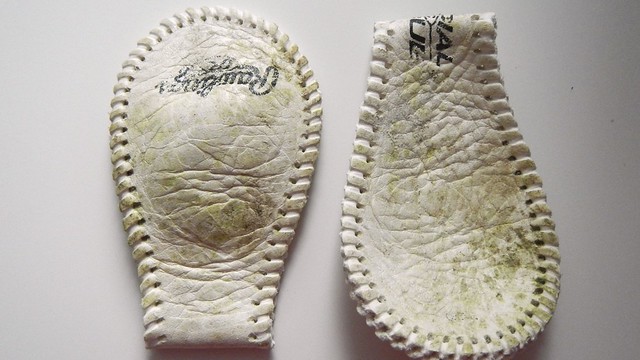 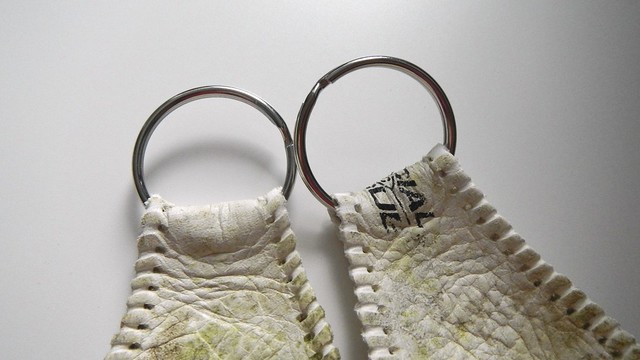 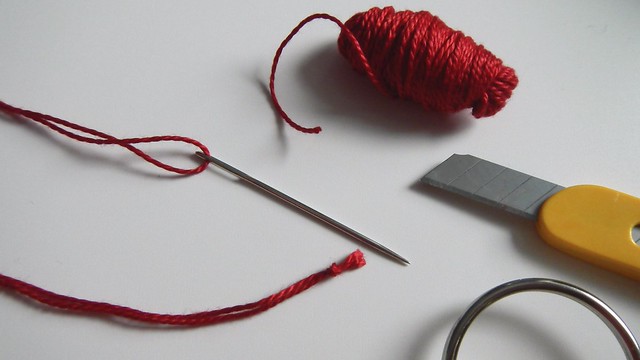 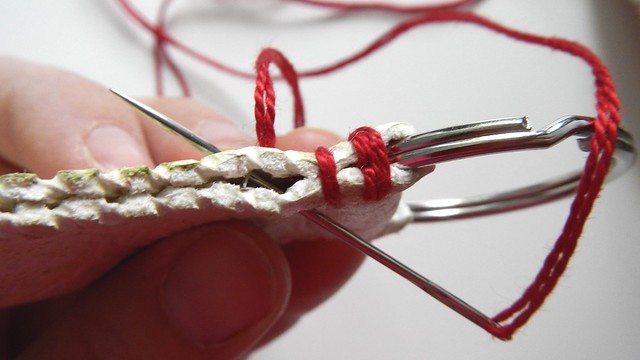 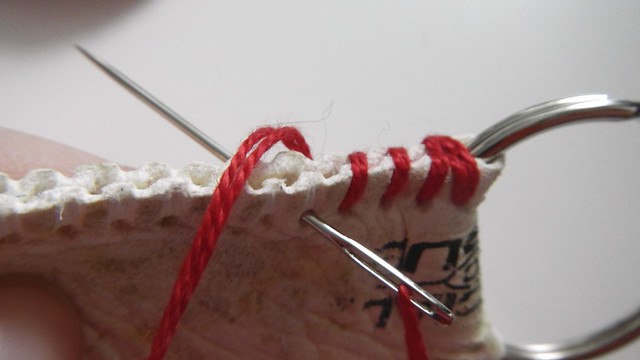 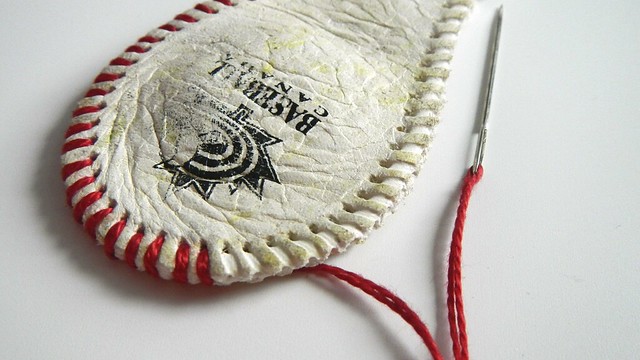 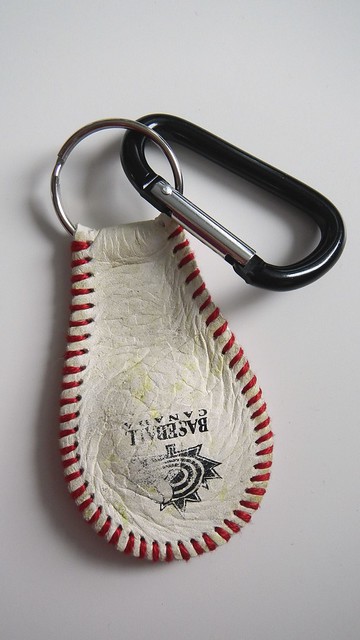 It was Rusty’s birthday on the 4th and we cooked up a plan for a really epic baseball-themed cake.  The cake recipe itself came from Delish, because I needed a three layer cake in order to have enough batter to fill my 16″ pan.  As it stands, the batter was so good that I’m keeping the page bookmarked so I can actually follow the recipe at another time.

First thing’s first: preheat your oven to 350°F and then butter your cake pan.  This is my 16″ round pan. I got it at a cake store when I made the Ivy Vanilla Wedding Cake.  Once you’ve buttered it, line the bottom with parchment paper and butter that, too.

Now, in a large bowl, using an electric mixer, cream together 1 cup softened butter and 3 cups packed brown sugar until they’re as fluffy as humanly possible.

In a separate bowl, whisk together 4 large eggs and 2 teaspoons vanilla extract.

Add the eggs to the butter and beat until it’s all incorporated.  Scrape the bowl down and give it a good beating for about a minute.

In yet another bowl, sift together 3/4 cups cocoa powder, 1 tablespoon baking soda, and 3 cups flour.  Or you could whisk it with a fork, which is obviously what I did.  It’s all lies, what I tell you.  All of it.  LIES.

Grab 1 1/2 cups sour cream and alternate adding that with the flour to the batter until they’re all gone.

Finally, while mixing, slowly add in 1 1/2 cups hot water to the mix.

Smooth your batter into your cake pan and bake for about 35 minutes, until a toothpick inserted in the centre comes out clean.  For some reason I don’t understand, a giant cake takes just as long to bake as three little ones.  Let the cake cool almost all the way in the pan before tipping it out onto a cooling rack.

While that’s doing its thing, you can whip up some icing.  Despite the ill-fated nature of Rusty’s birthday cake last year, we have found that the icing recipe for that thing is the best one out there.  Because of the size of this cake, I doubled it, and only had a little left over.

Then, bit by bit, and using a flour shield if you’ve got one, add in 6 cups icing sugar.

Beat that until it’s all mixed and lovely.  Add more sugar if necessary.

I scooped out a small amount of plain icing to use in drawing bases and baselines.

Another chunk I dyed astroturf green with some gel food colouring (this stuff will give you the bright colours that are lacking with traditional liquid food colouring, which you can see in the background of the first photo).

And then another hunk I coloured brown with some gel food colouring and a touch of red liquid stuff, to emulate the clay.

Then I took a look at my cake.  I cut off two “corners” to form the shape traditionally associated with a baseball field.

Then I traced a bit of a design with the back of a knife to indicate where the infield went, and crumb coated the sides of the cake with brown icing. Later on, when I had extra icing, I piped more brown around the edges to finish it off.

I shoved the icing into Ziploc bags and cut off the corners to do my piping, because all my cake decorating stuff is still in storage.  Here is the initial layout of the clay infield.

After smoothing it out (I “raked” it later with a fork), I started on the grass, which I wasn’t going to flatten.  I wanted it to look like it had been groomed.

Continuing with the outfield.

Then the infield and pitcher’s mound, which is raised (by dint of extra icing).

Here I took a break to sample my wares.

With the Pie’s instruction, I drew on the bases and base lines.  They’re not accurate (because I’m not good at listening and the Pie isn’t good at giving useful instructions), but it’s a cake.  Sue me.  This is the view from home plate.

The Pie insisted on adding that plastic baseball.  Rusty loved (and ate) the whole thing.  Except the baseball. I hope.

Major League Baseball is over for yet another season (go Tigers!).  But who says it has to end for everyone else? We have a baseball fan in our family.  Actually, fan is an understatement.  This person is wholly engrossed in obsessed with baseball.  So this is a wee giftie for that person.

I got the idea from My Ruby Girl and modified it a bit so it would be a bit bigger.

First you need yourself a baseball, one made out of genuine leather.  This one is from an Ottawa Little League.  Not sure how we ended up with it, but nonetheless …

Then you take a sturdy craft knife or box cutter and you cut around the seams, leaving a centimetre or two of space. You don’t want to cut too closely because you might cut the threads binding the whole thing together.

Then you can peel off those little centre bits away from the seam.

And then you can peel off the seam, all in one piece.

You can easily pull off all that sticky string.

Now you want to find the spot where the seam ends and the stitches are loose. Pull a few of those stitches out so you have space to cut the leather. You don’t want to cut the string.

Now you want to trim off that excess leather, cutting closer to the seam. Not too close, of course, but close enough that it looks nice and tidy. It’s up to you. Then you’re going to fold your long strip in half and cut it again.

Now you have two bracelets. If you want, you can stop right here, tack on some string or hardware at the ends for fastening and be done with it.

But we’re going to take it a little further.

What if we take both strips and sew them together? Makes the bracelet a bit bigger, right? I have some lovely hemp string here in a nice shade of Toronto Blue Jays blue, for their biggest fan.

I popped open my Altoids tin containing my special needles.

And got to work with one of the curved ones. It was a little bit of a challenge to force the string through the small holes, and because of the curve, not all the holes lined up properly but that didn’t really concern me.

When I had finished, I used the existing holes to sew on some vintage plastic buttons.

I made sure to tie the knots carefully underneath, and I rubbed a little beeswax over the knots to keep them in place.

Put a little wax on the buttons, too.

Then I doubled up the thread to make two loops around which to hook the buttons and fasten the bracelet.

I used beeswax here too, to strengthen the hemp string.

And then the loops naturally twisted around themselves.

I put a little almond oil into the leather, too, to soften it. It’s a nice little cuff.

Gren, being a typical corgi, is a total food hound.  He’s obsessed with those two most important times in the day: breakfast and dinner.  Everything else is small potatoes in his little world.

When he was very small, before I taught him how to wait, I used to have to physically hold him back until I  had put his food on the floor.  Exhausted with his struggles, he would then eat sitting down.  Lazy bum.

Nowadays, he knows to lie down and wait until we give him the okay to start eating.  But when we do so, he leaps forward and swallows his food in less than thirty seconds.  I’m not sure if you can swallow 3/4 cup of kibble in thirty seconds, but he can.  And we really don’t think it’s very good for him.  I’m afraid he might get indigestion.

Luckily, he’s a pretty small dog, so we don’t need to worry too much about bloat or any of the other more serious medical conditions that can arise from eating too fast; nonetheless, the food we buy him is pretty expensive, so it would be nice if he savoured it a little before shoving it down his gullet.

There are solutions you can purchase for this problem.  There are food bowls with built-in obstacles that the dog has to work around to get to his food.  And you can also buy large stainless-steel balls that you can just plop on the food, which the dog then has to negotiate to get to his food.  Both of these options are fine, and they are proven to work.  But why spend the money when you might have the solution lying around your own house?

The Pie is huge into baseball, and has played both hardball and softball over the years, so we have a lot of spare balls lying around.  This softball is synthetic, so won’t degrade through exposure to doggy saliva.  It’s also too large for Gren to pick up in his mouth and remove from his bowl.  So he has to work around it, bringing his eating time up from 30 seconds to around 2-3 minutes, a marked improvement.  We just plop it on top of the kibble after we’ve measured it into the bowl.  It works great and it was free, whereas that stainless steel ball was $18 at PetSmart.

Don’t have a ball?  Maybe try a can of corn or beans, or, in larger food bowls, several smaller cans, say, for tomato paste, all stuck in together.  Whatever works for you.