I’m sure you’ve seen something like this all over the internet. I was *going* to make this originally for the back wall in my partner’s office but now that he’s gone I had to save it all for myself. 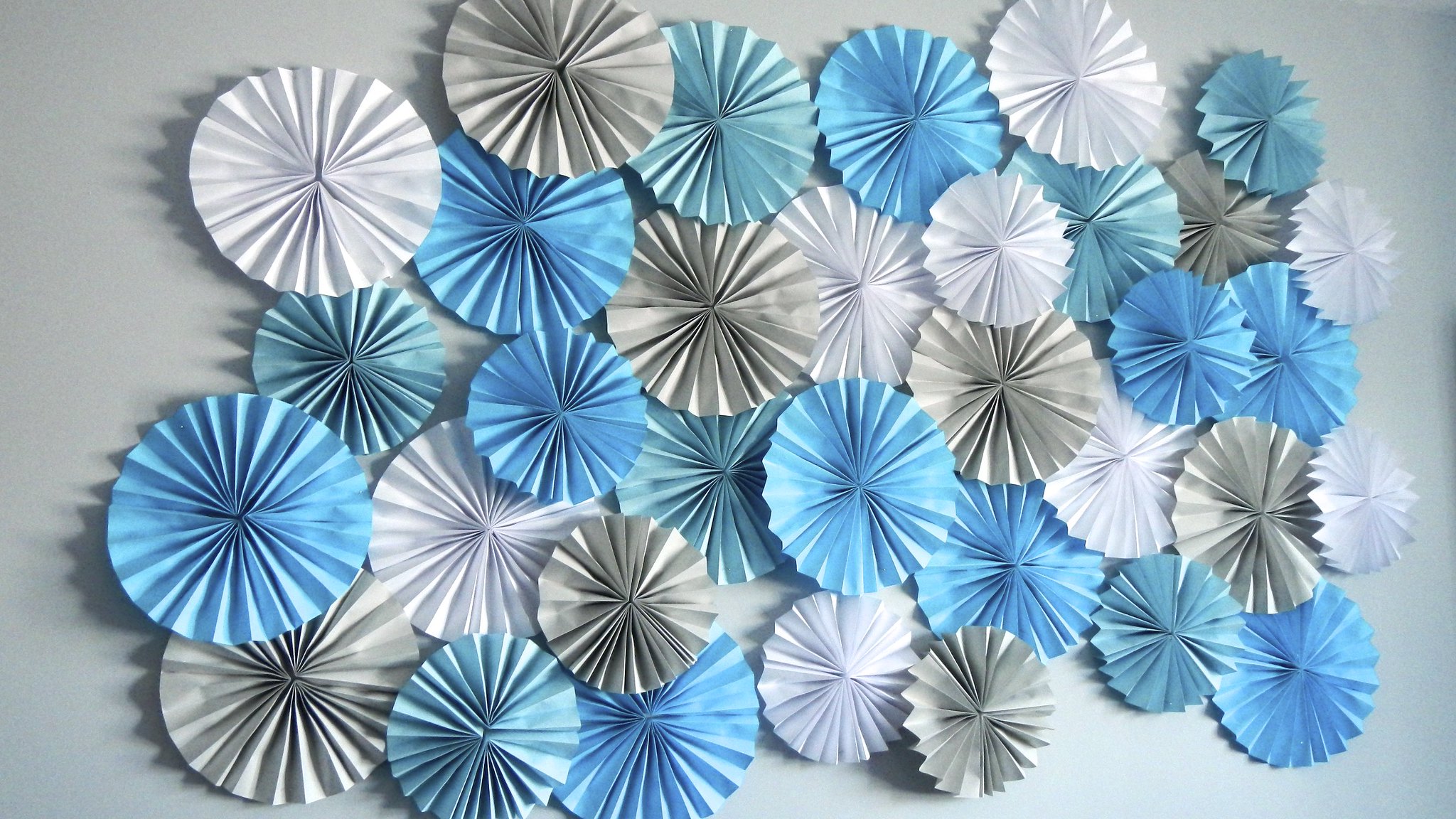 When we moved into the Tower, for the first time ever, we actually had enough wall space to display every single one of our framed pictures. We even had some blank space, and one of those spaces was in the bedroom behind our bed. We needed something big. I already put up that odd abstract painting, which is growing on me and is next to my side of the bed. And then I put up those lovely milk art watercolours, on the Pie’s side. But there was a giant space in the middle, directly above the bed. Just a big expanse of gray. 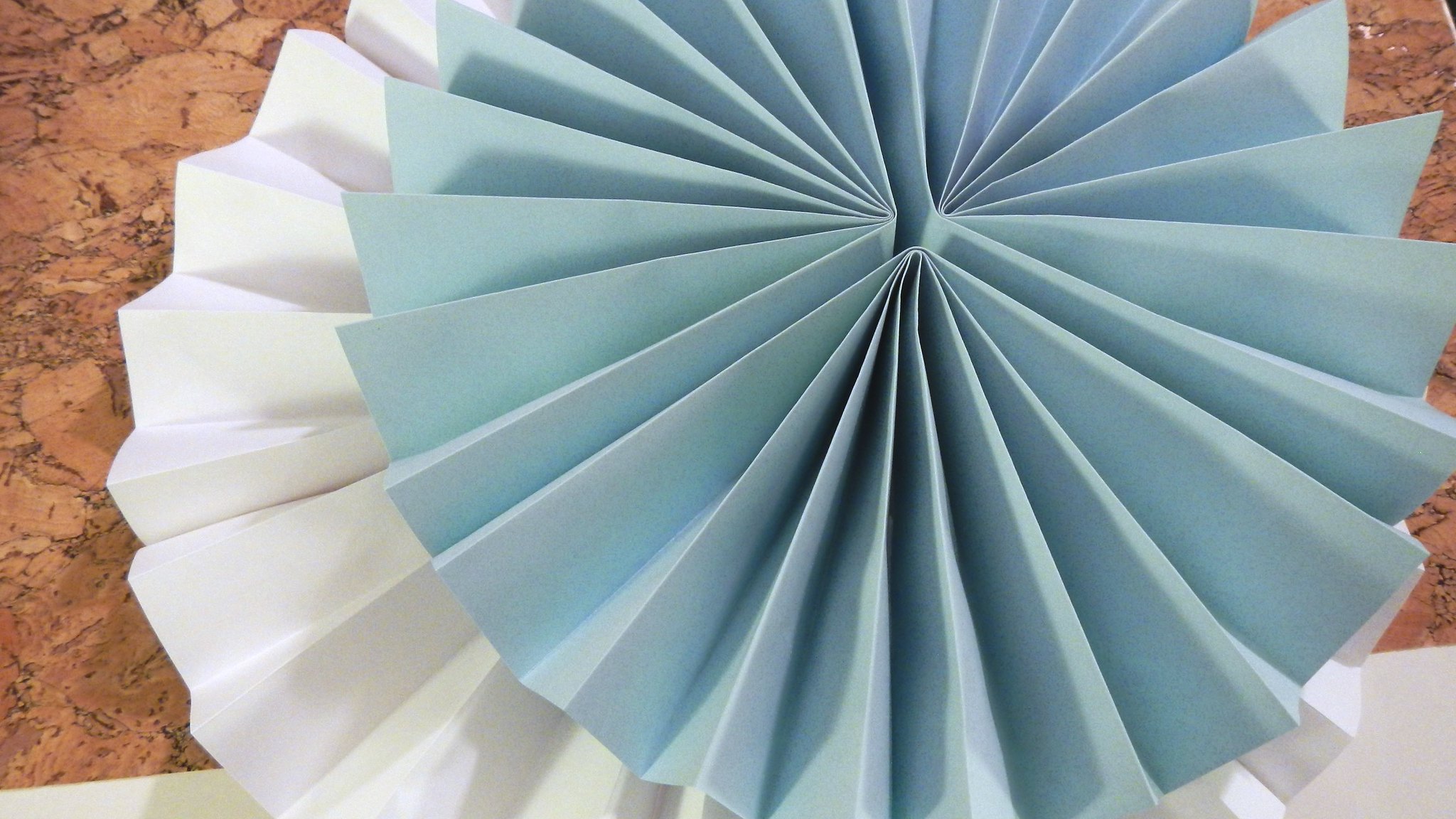 So I’m going to fix it, and for cheap. And easily. You can do it too, if you have a big space that needs filling. All you need is some regular weight copy paper (A4, US Letter, it doesn’t matter), a stapler (with staples), and a bone folder for crispness. 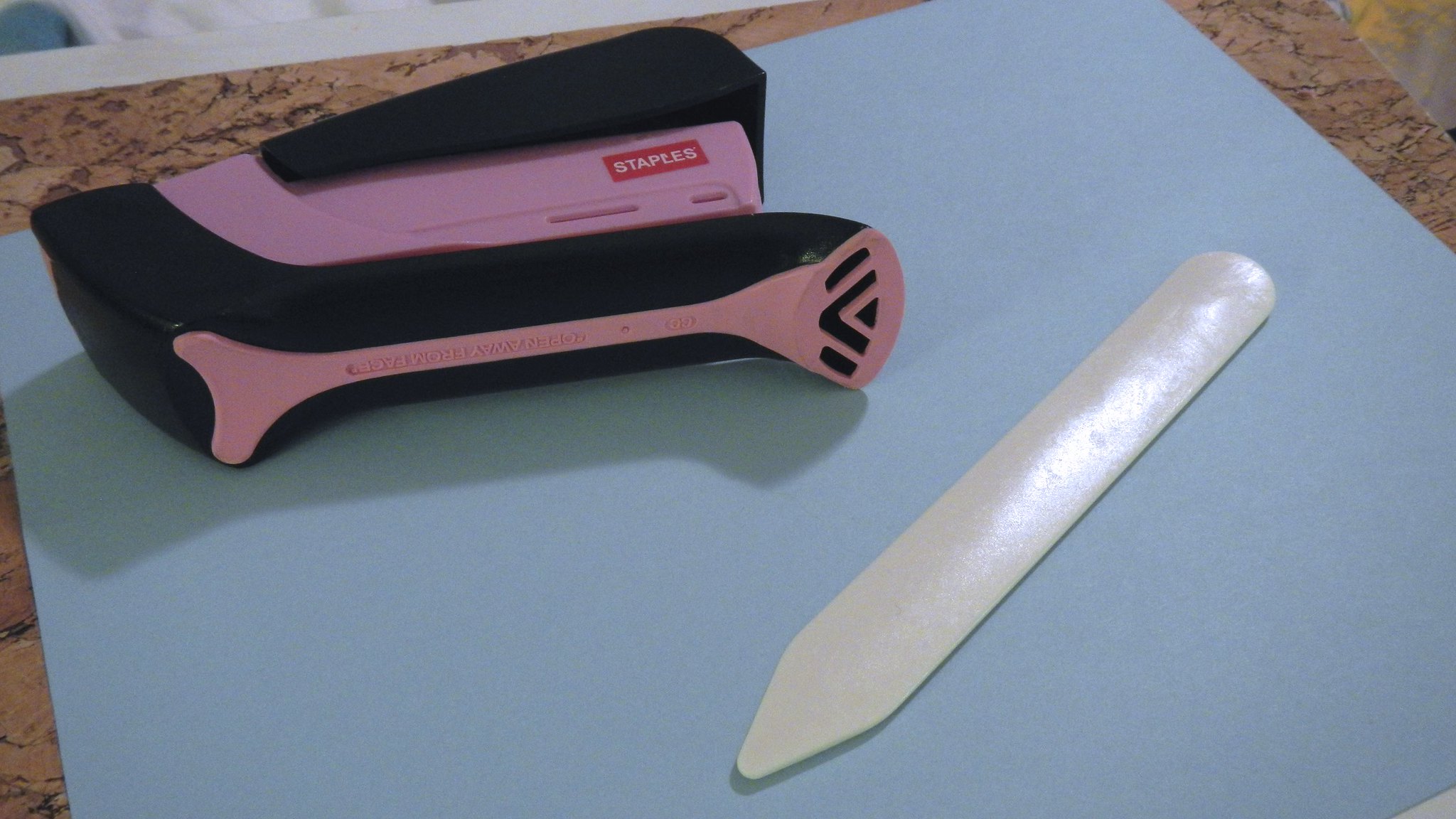 The bone folder is optional but I find it really helps. You’re going to want to go ahead and fold your sheet (long side or short side) into a fan. 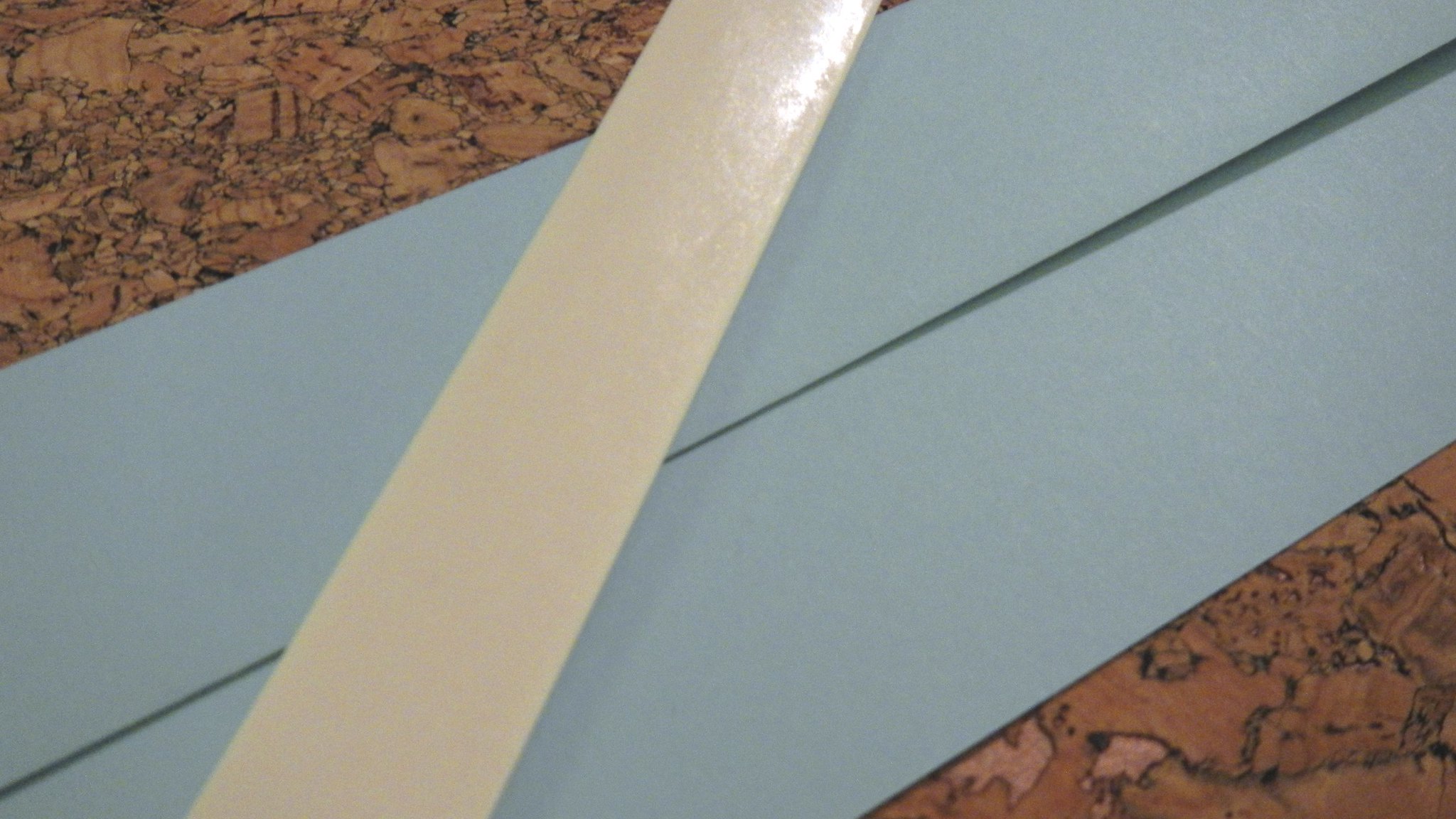 I find it easiest to simply fold the paper in half, then  half again, and then backwards on itself … 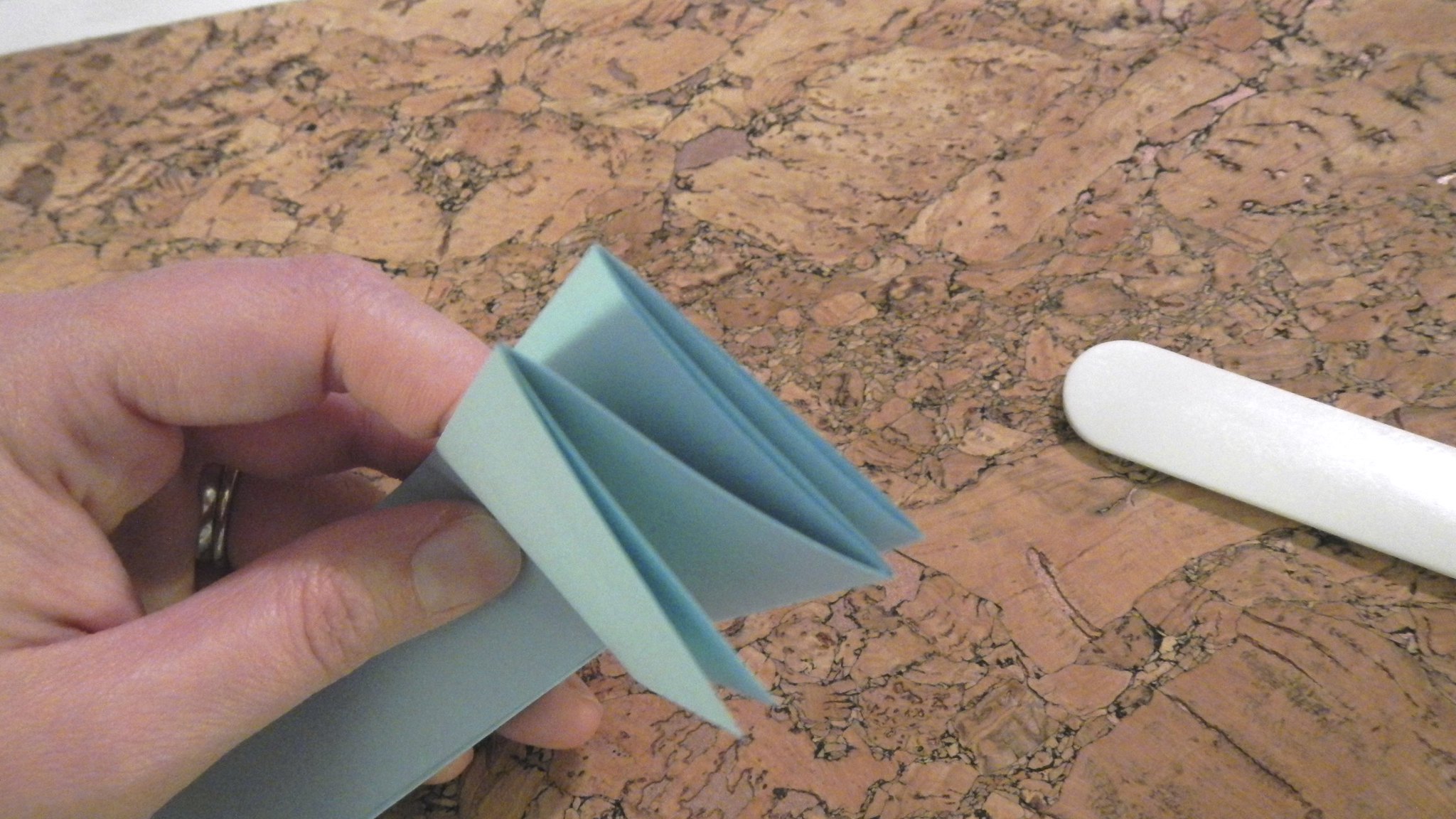 … and then take the half that doesn’t make a nice zig-zag and fold it backwards. That way all the sections are even. 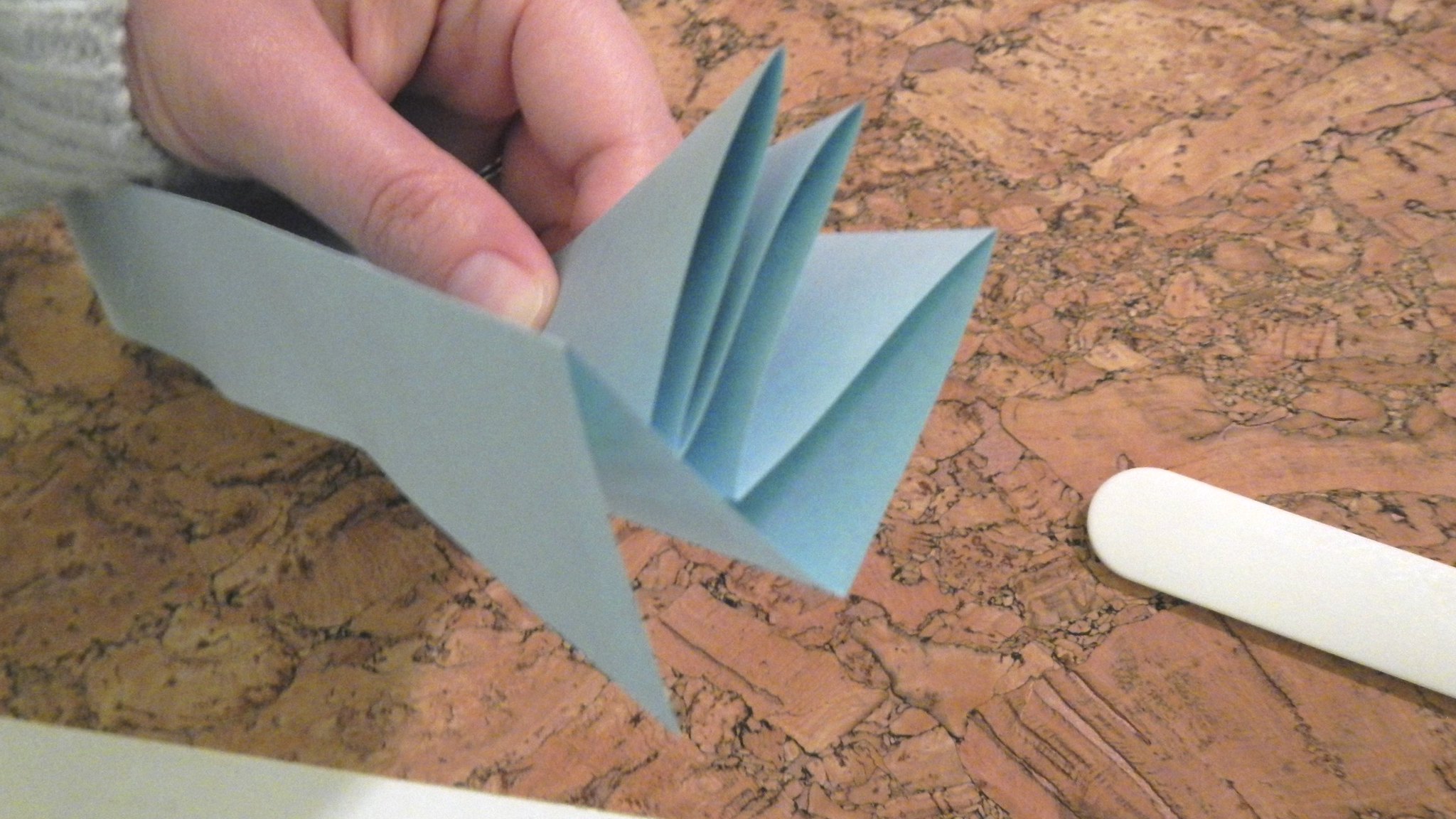 Then grab your little accordion and bend it from the centre so the ends touch. 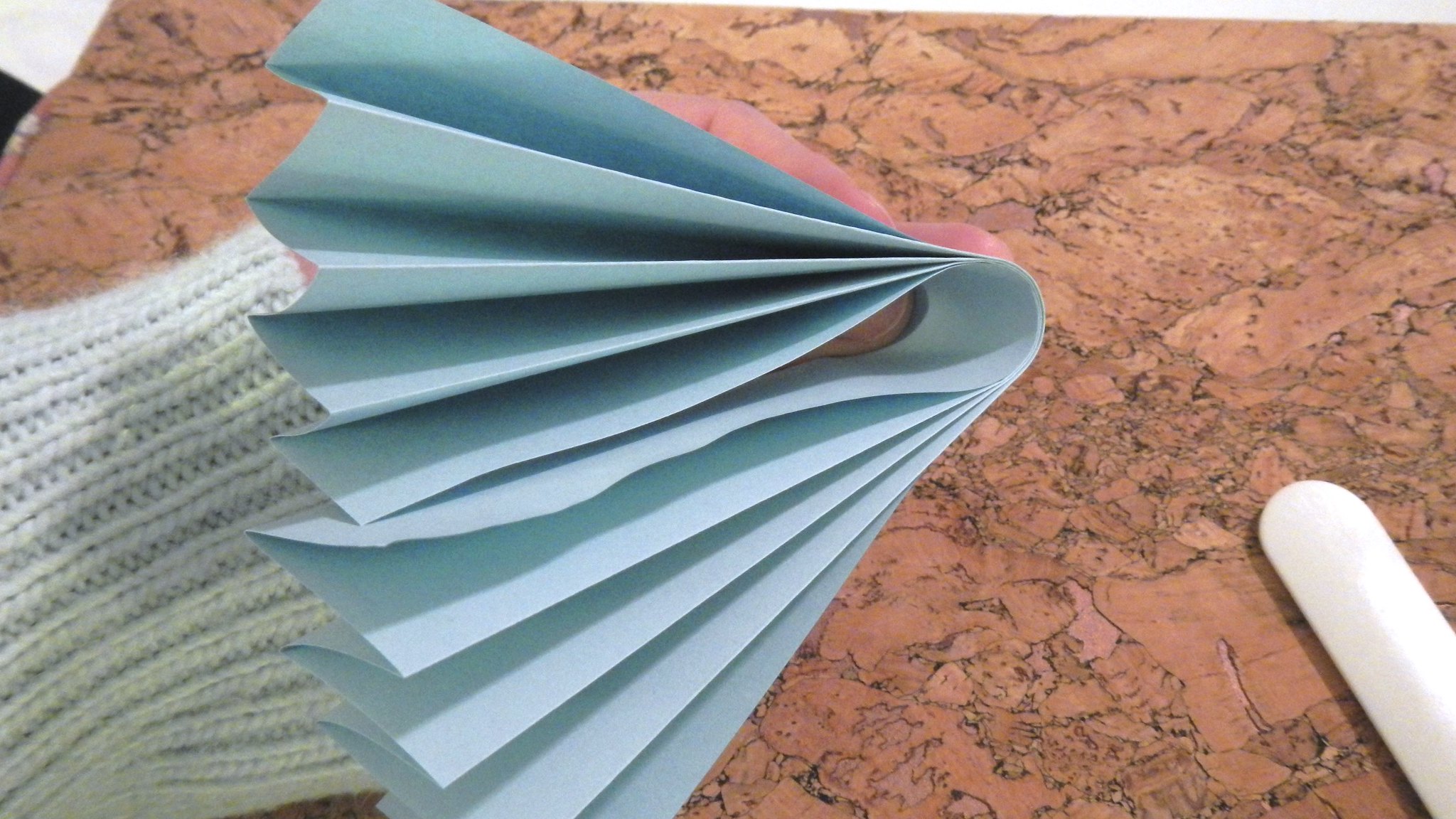 Crease that fold as much as you can. Don’t worry if it’s a little wobbly. 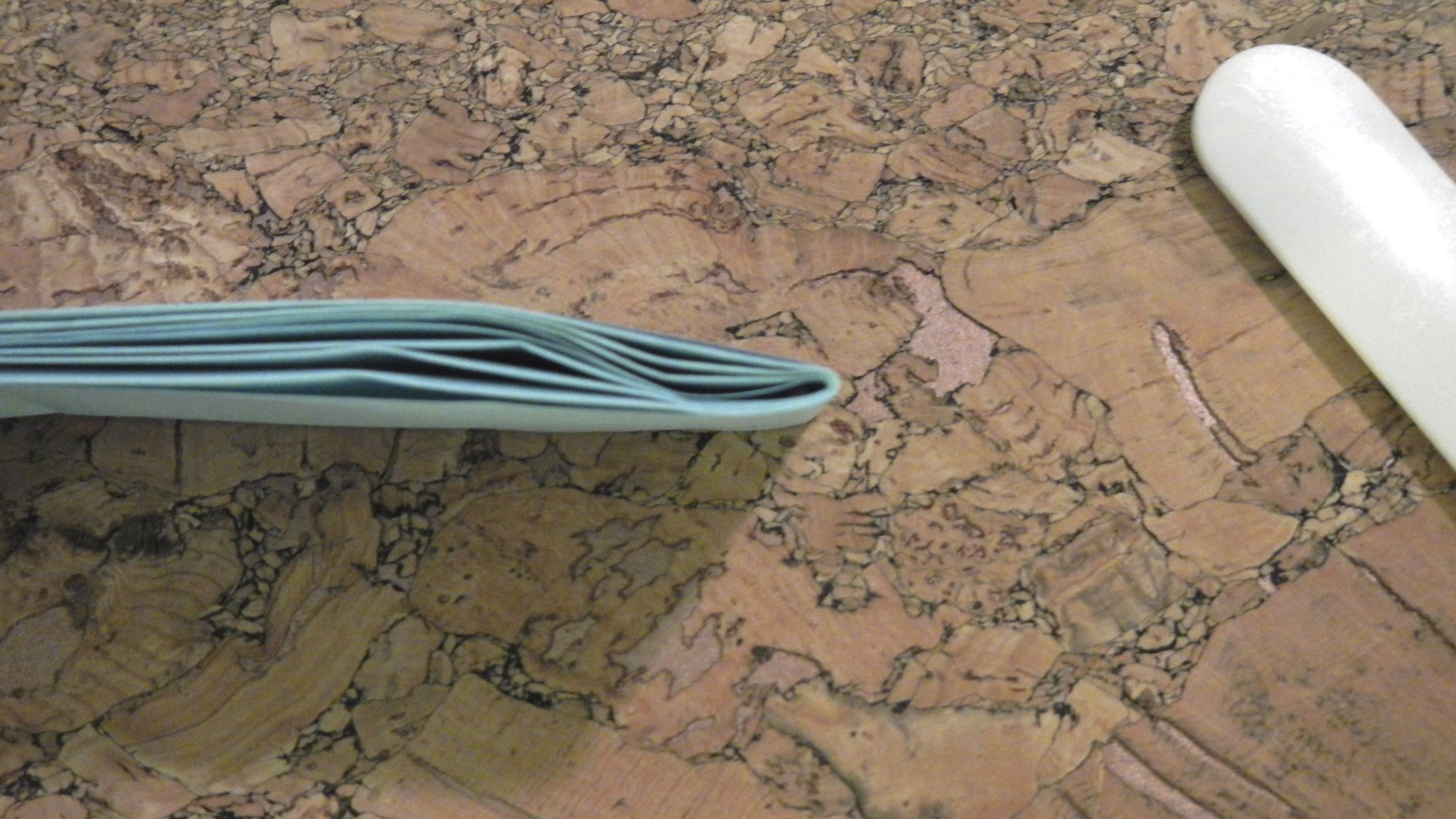 Pinch together the two edges in the centre of the fan and shove a staple in there to hold it together. You can use tape if you want, but staples are more expedient. 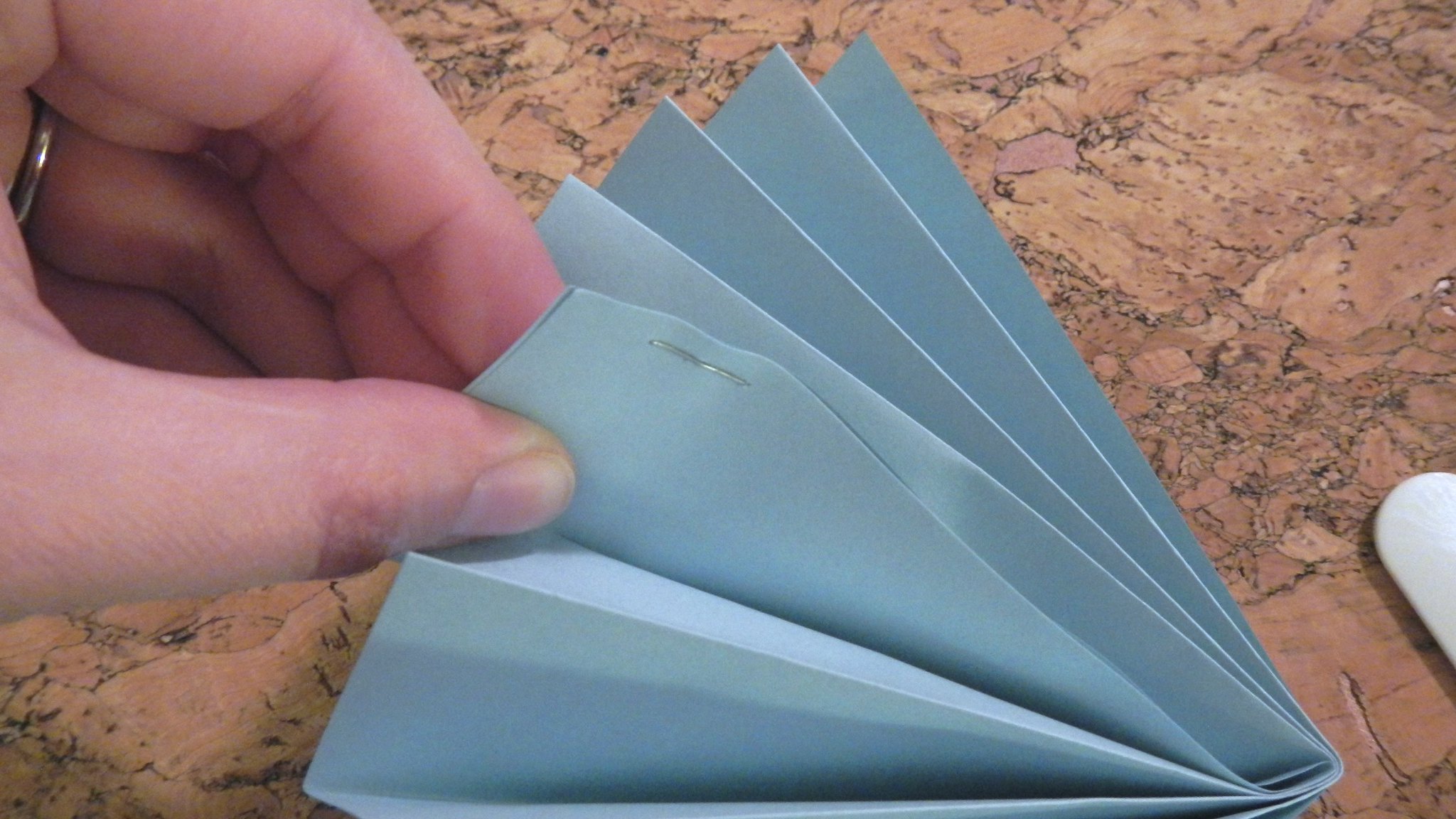 Now do that whole thing with two more sheets of paper. 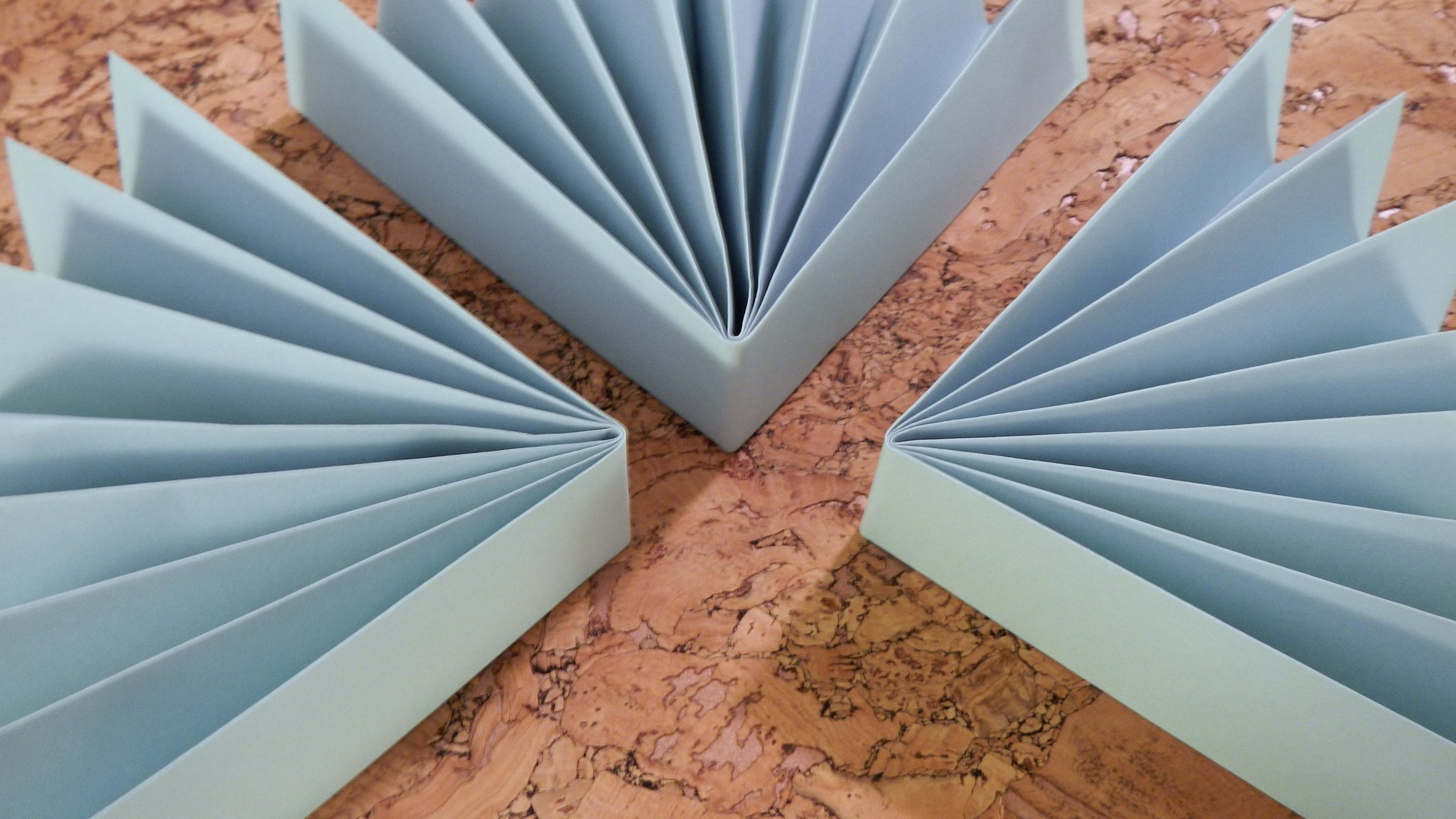 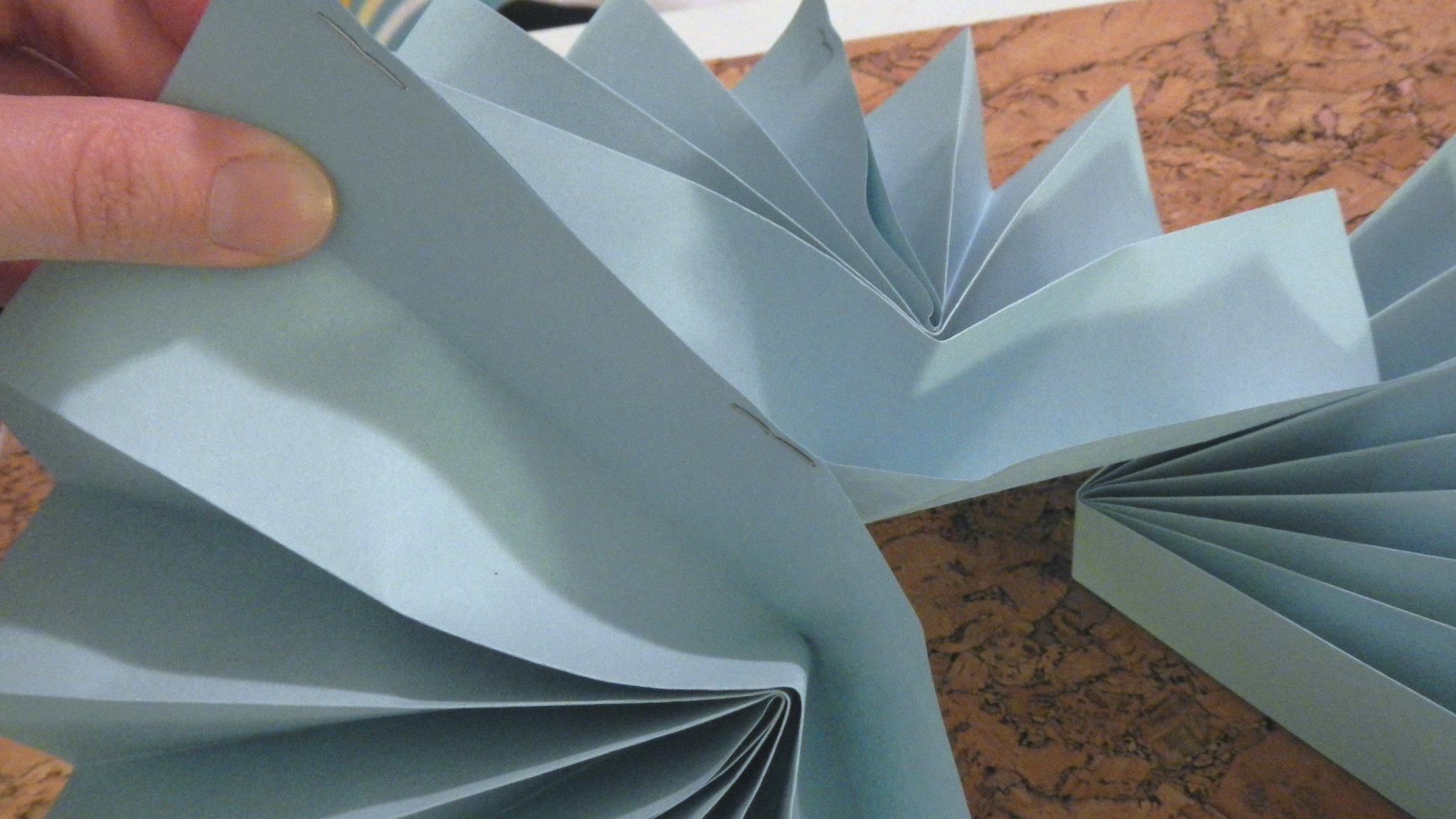 Use the third fan to close the circle. 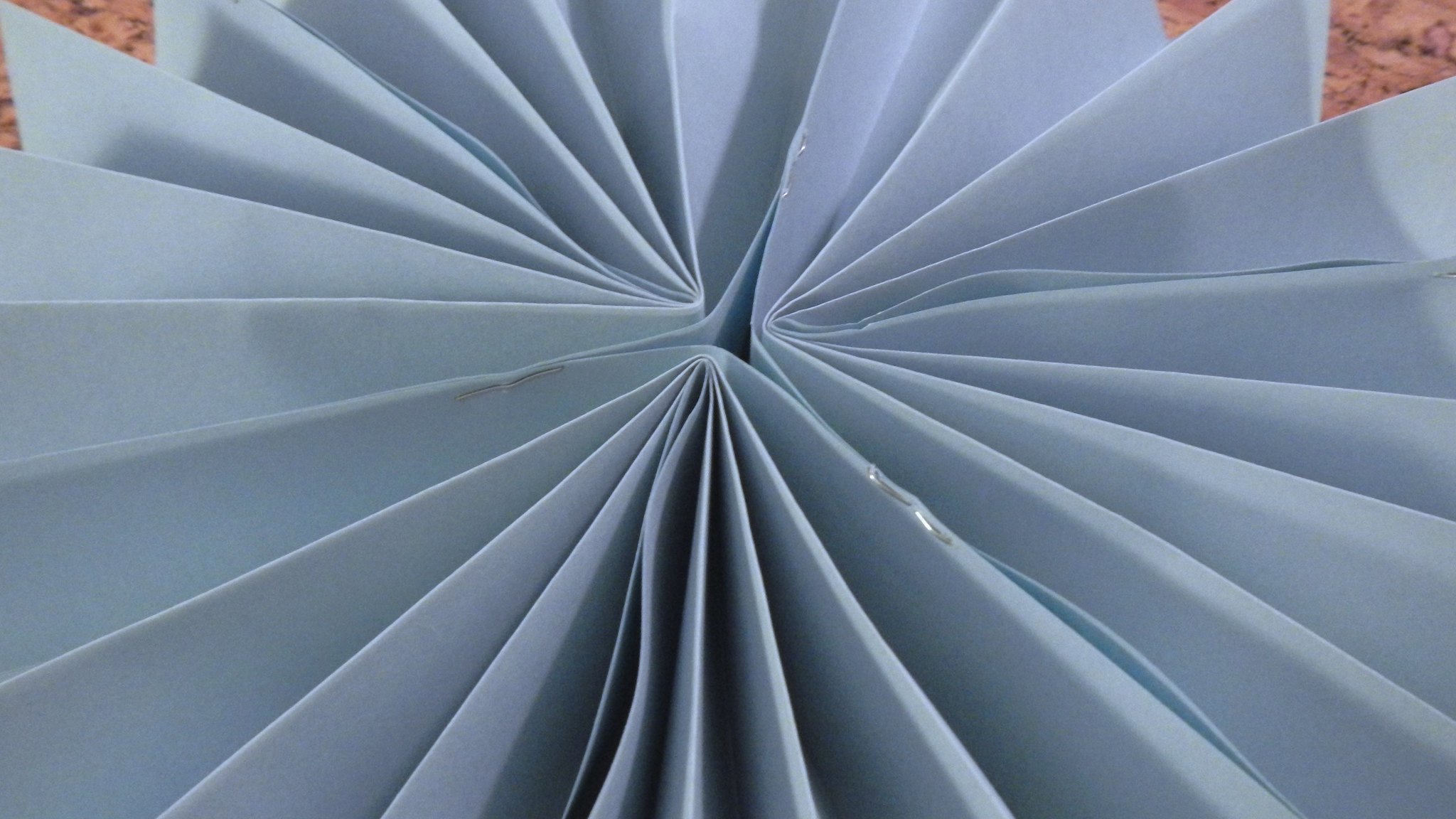 When you flip it over you should have all the staples hidden. 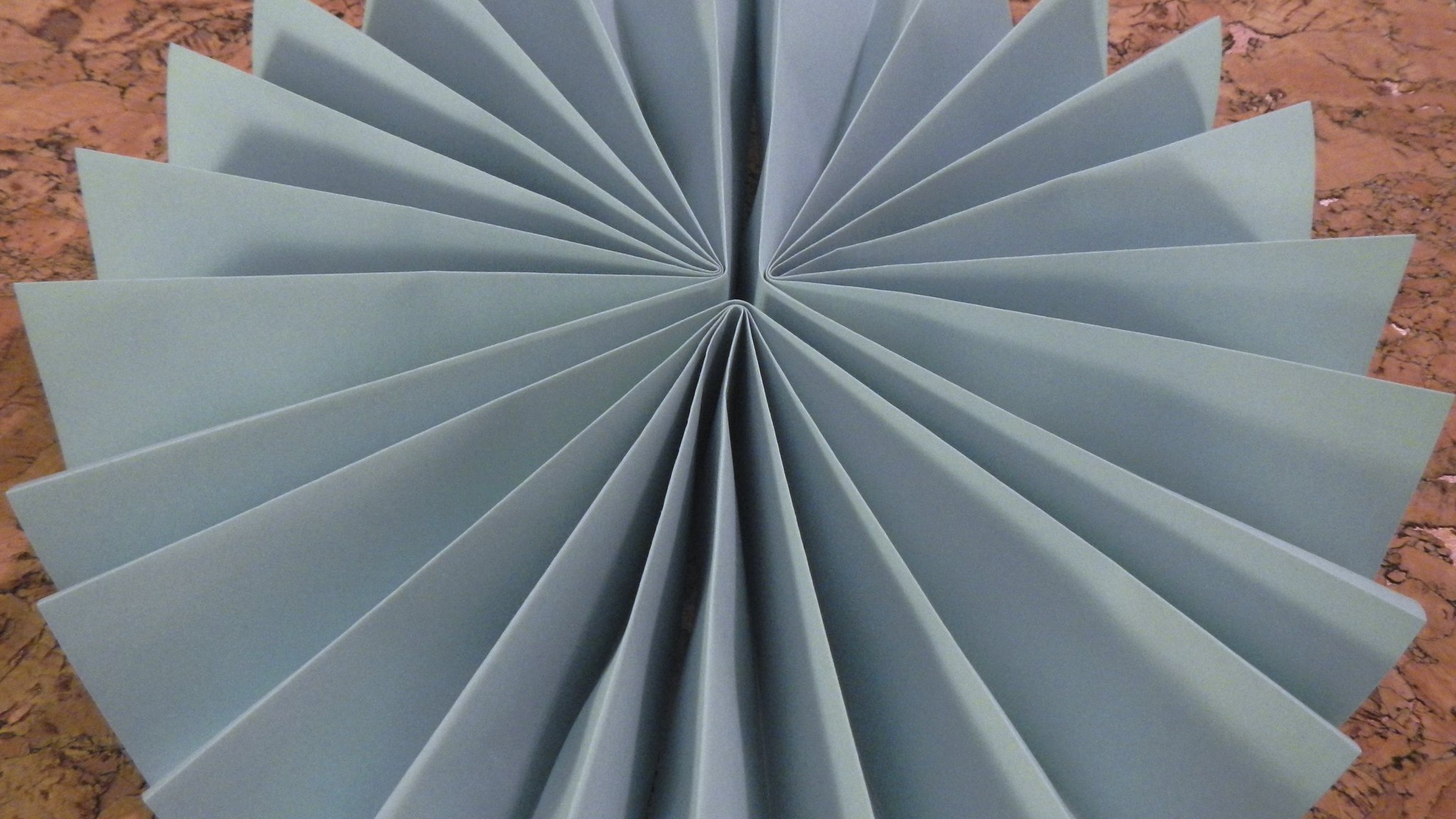 I did this a million more times, sometimes folding the long side of the paper and sometimes the short end, and I ended up with two different sizes of bunting, in four different colours: light blue, dark blue, gray, and white. 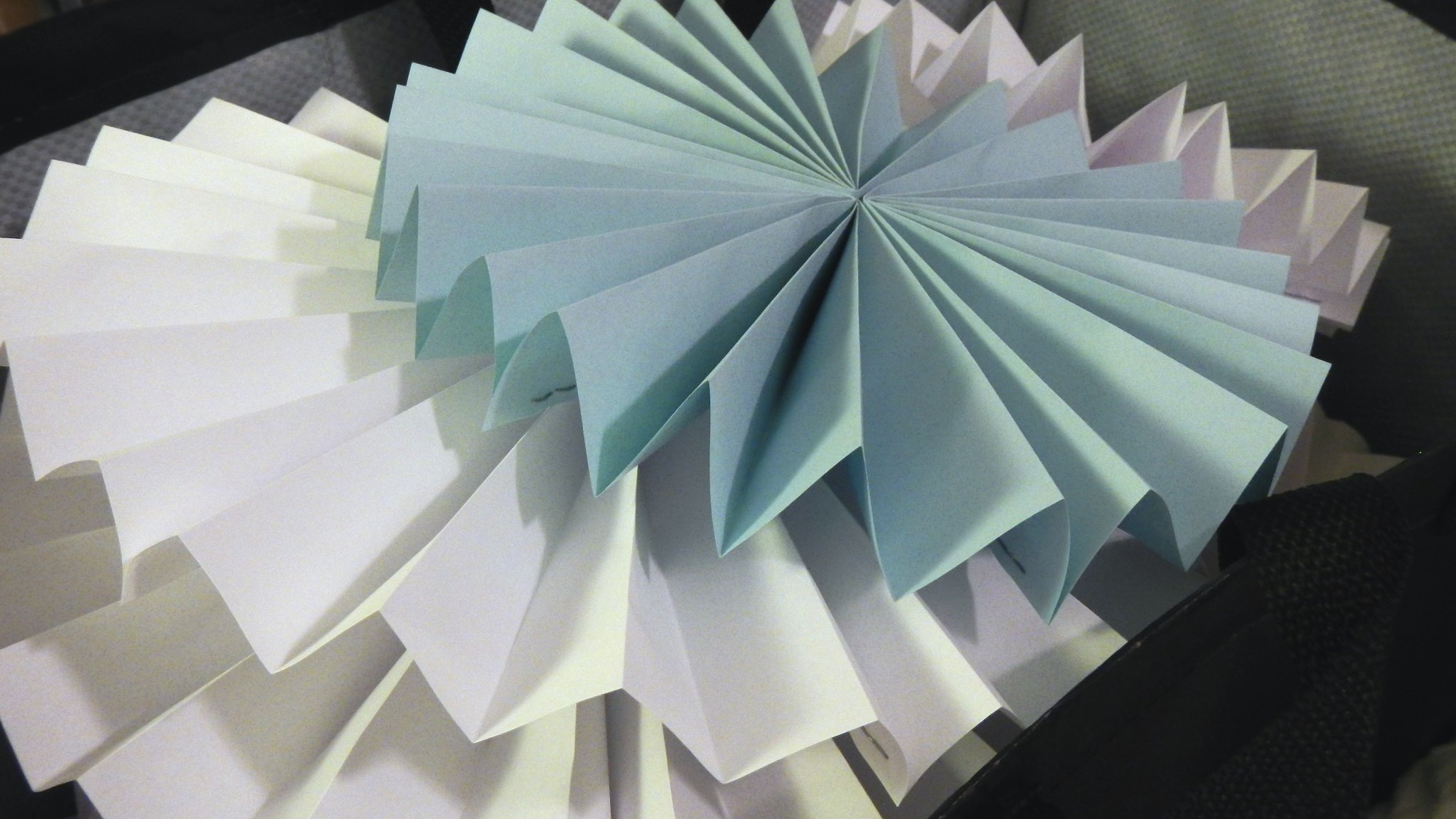 To put it up on the wall I decided to use simple sewing pins, because they didn’t leave a big hole in the wall and because they were long enough to give the circles some movement and allow me to layer them on top of each other. I used a thimble to push the pins carefully halfway into the wall. 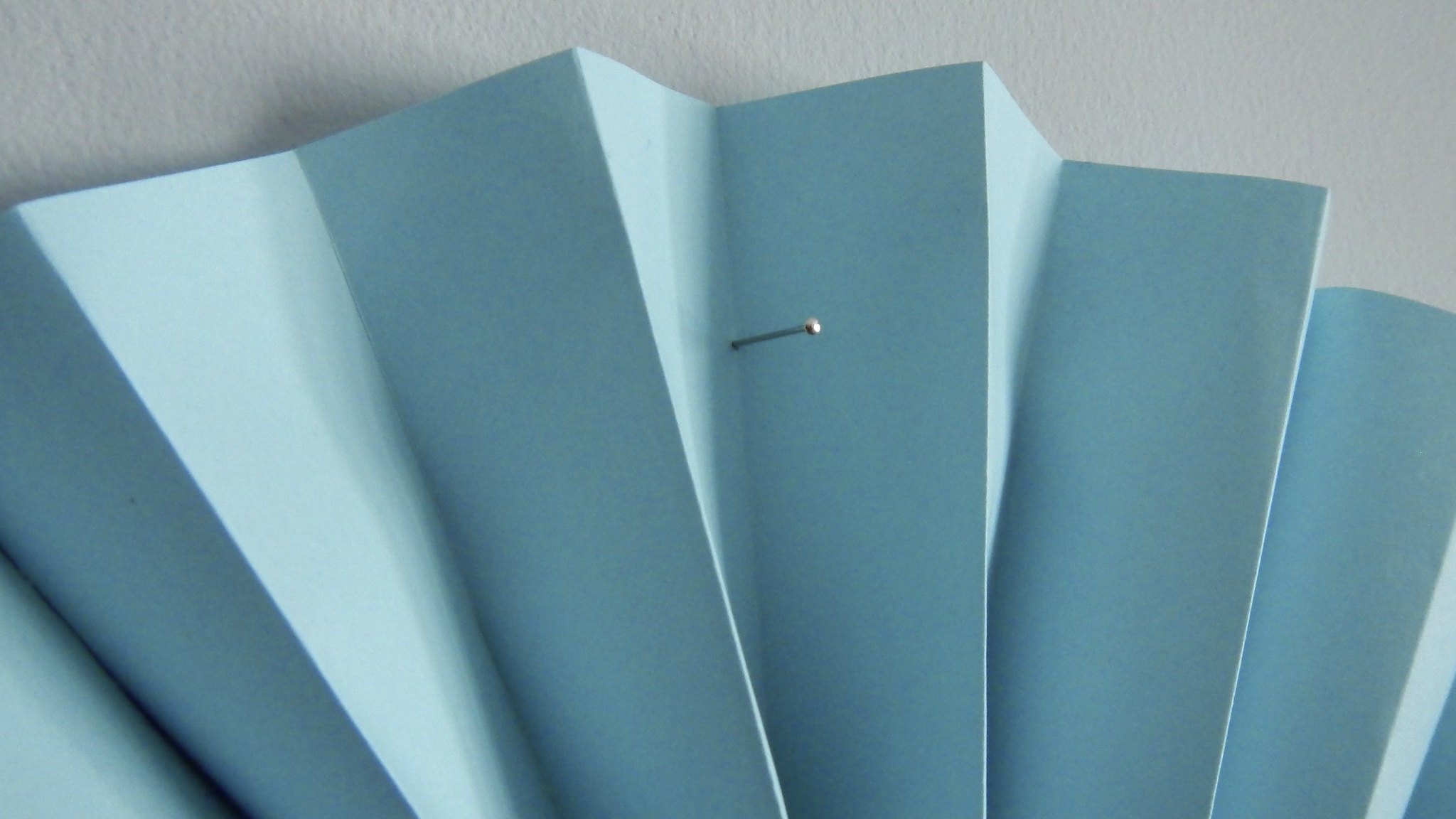 Then I stuck up some more. 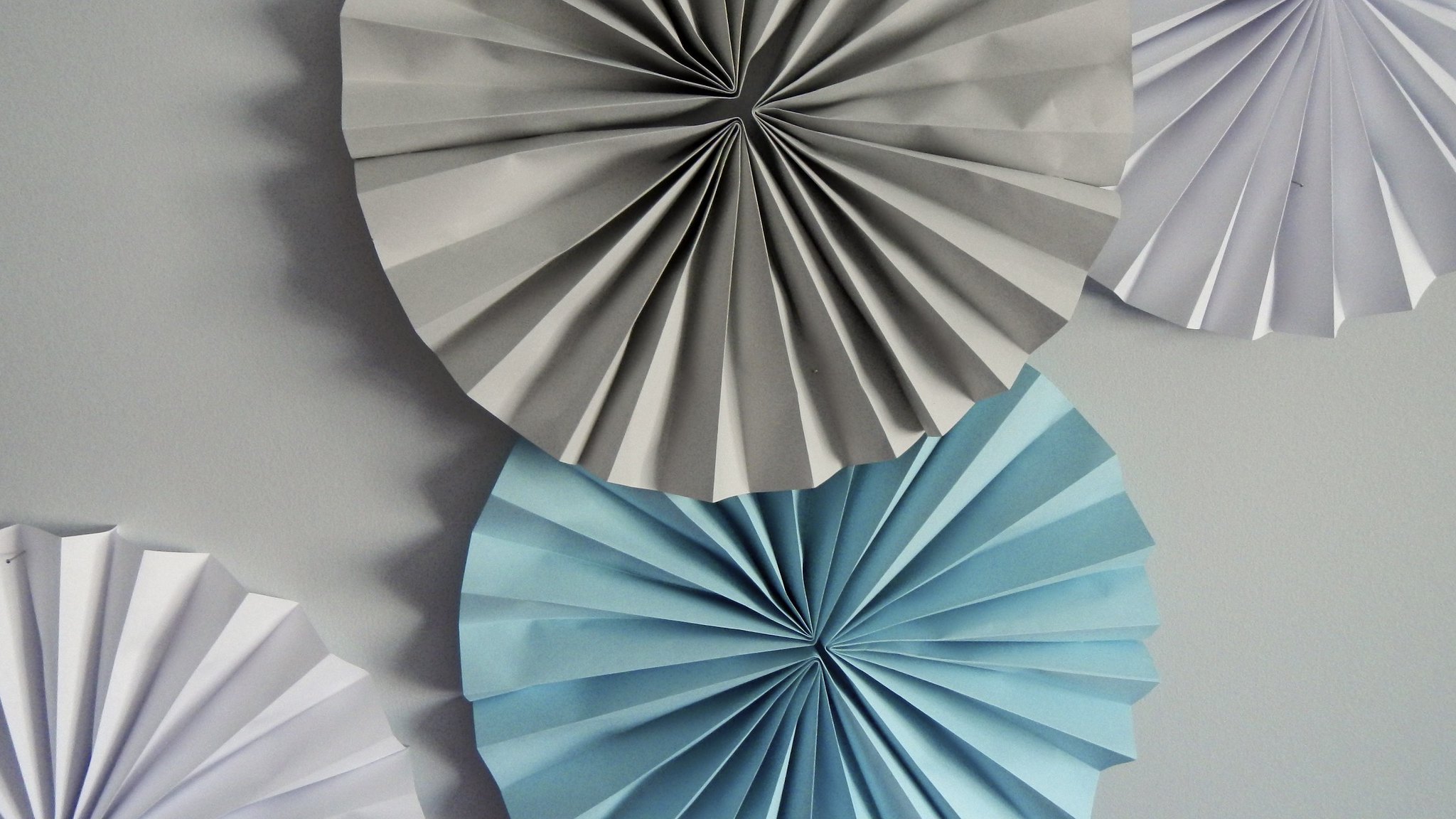 And some more. I didn’t worry about pattern or where things were. I kind of winged it and went for something assymetrical and disordered. 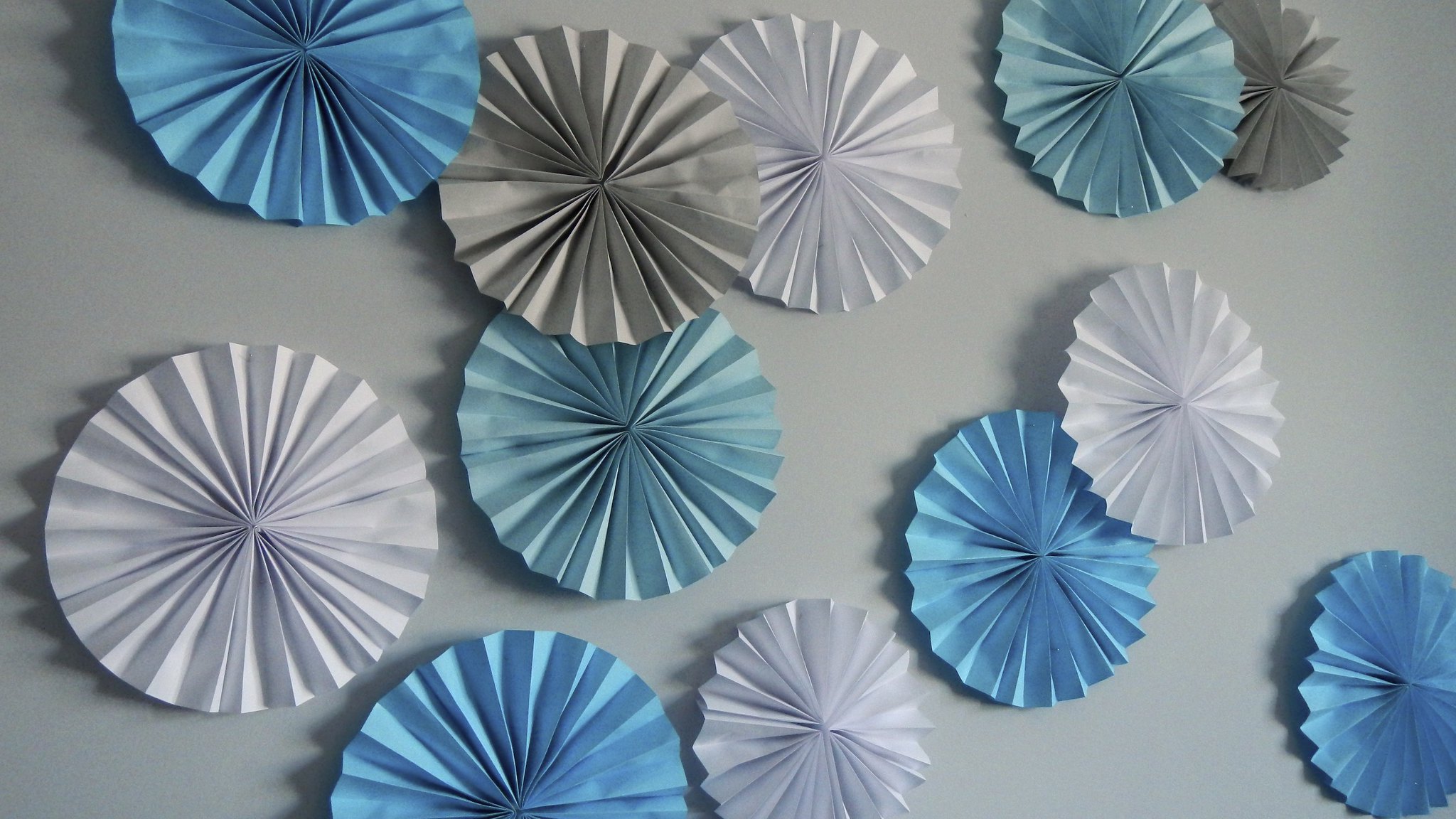 I’m quite pleased with the final result, and both the Pie and I are happy to have that big blank space finally filled. 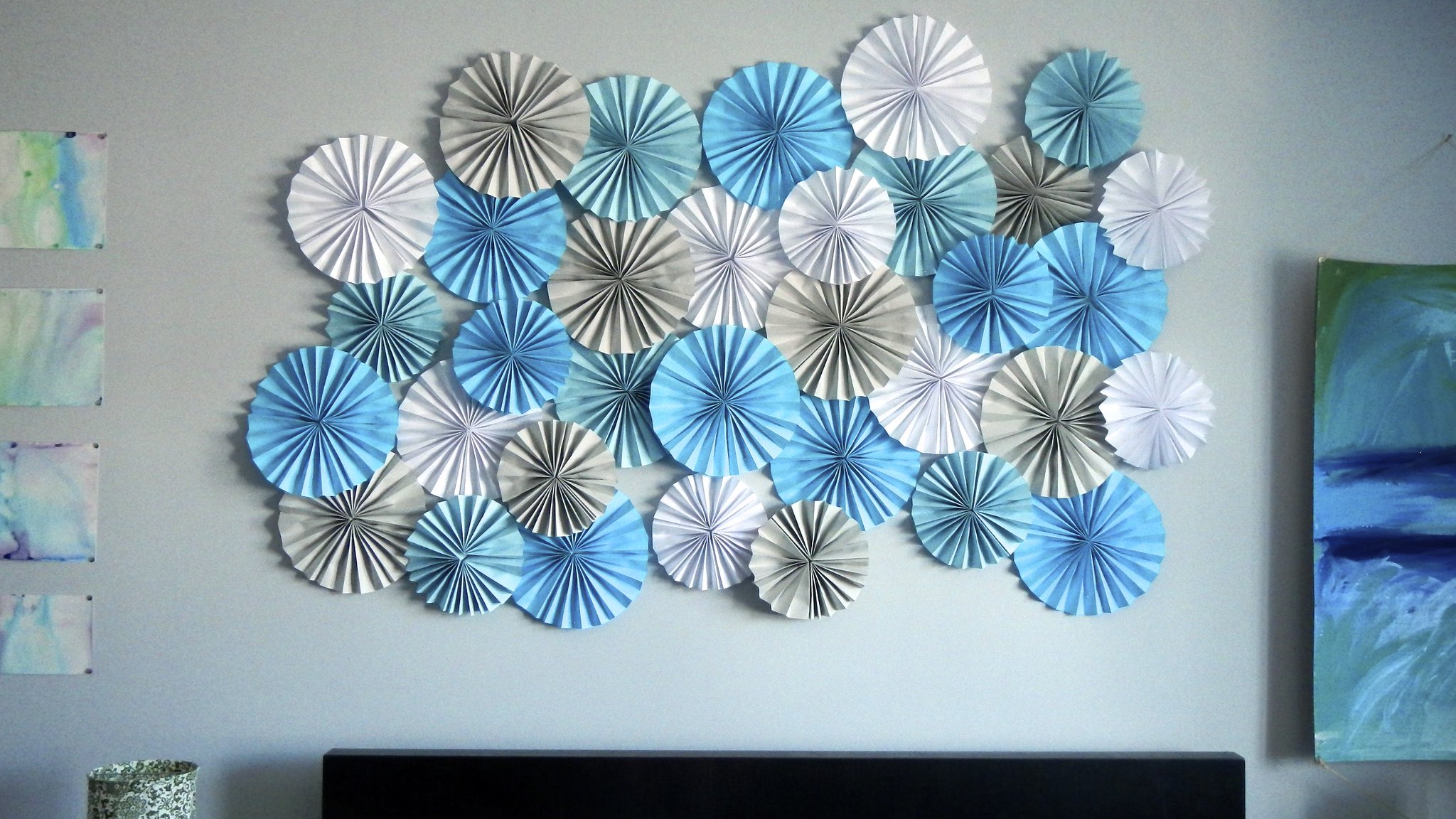