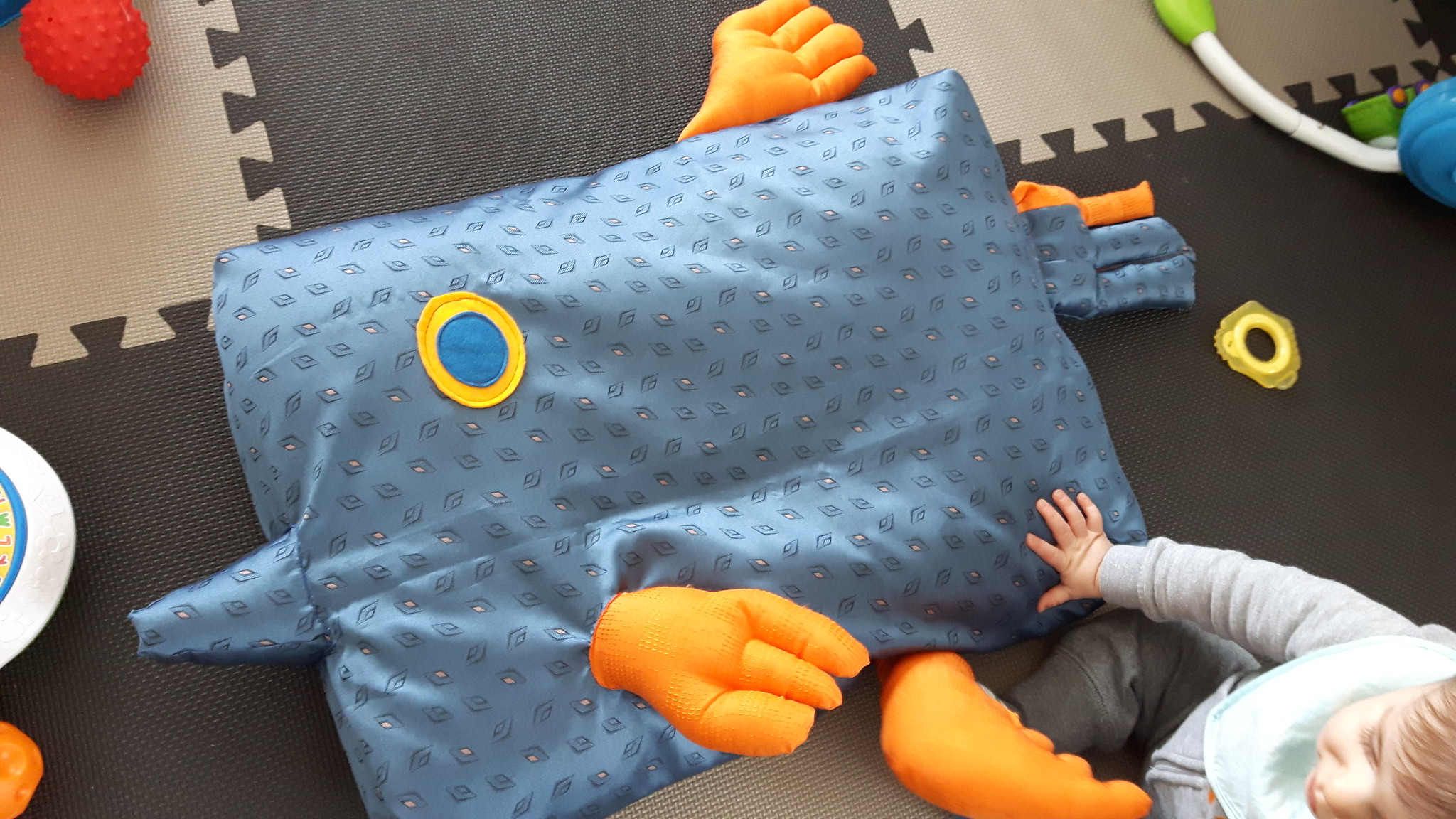 Phew. This was a long time coming. LongJohn went through a period of time where he was particularly uncooperative so getting this done was a bit of a challenge. As you know, a while back (a WHILE back) I made a whale floor cushion for grown-ups to sit on while hanging out on the floor with LongJohn.

With the second old pillow I had, I made him a boxfish. Why a boxfish? Well the pillow is rectangular, and I’m making a box cushion. So it makes sense to make nature fit my plan. Plus I had a gorgeous scrap of blue jacquard that looked very similar to a boxfish in pattern. That pretty much settled it. 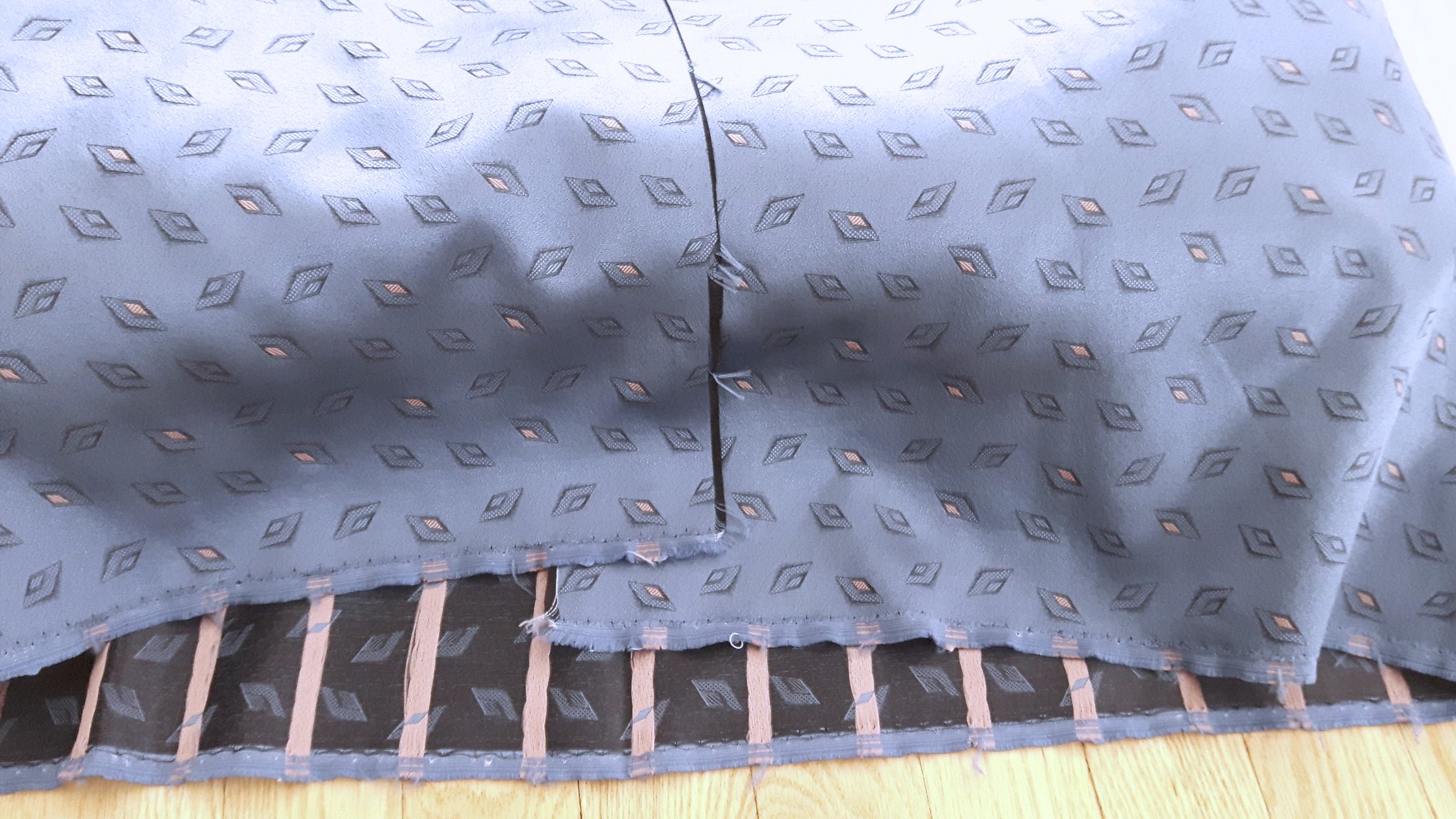 I only had a small piece of it though, so I had to carefully hoard my trimmings. That’s why some of the bits and pieces I’ve tacked onto this sucker look a little weird. 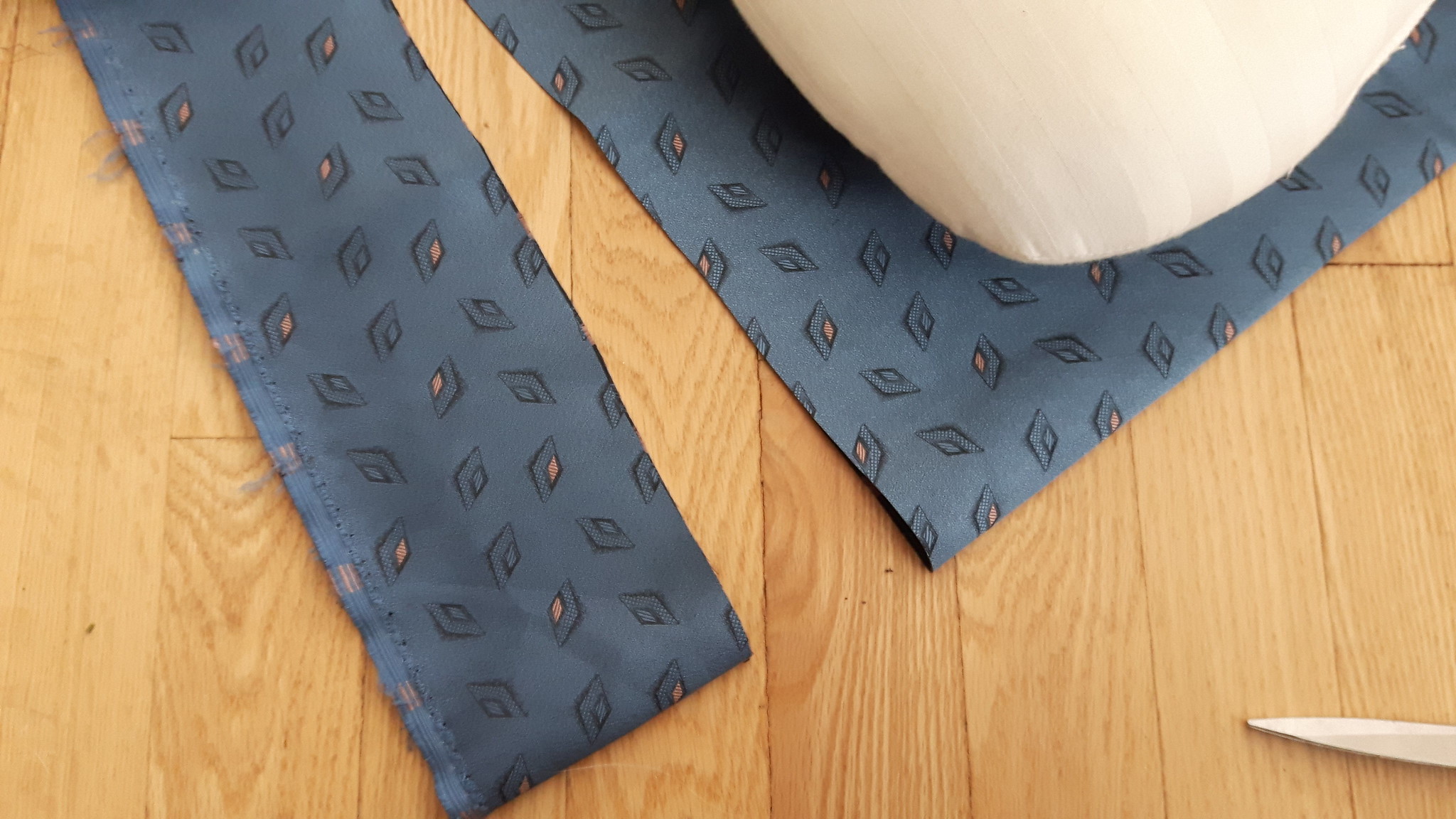 So here’s the stuff I planned to use for the snout of the fish. 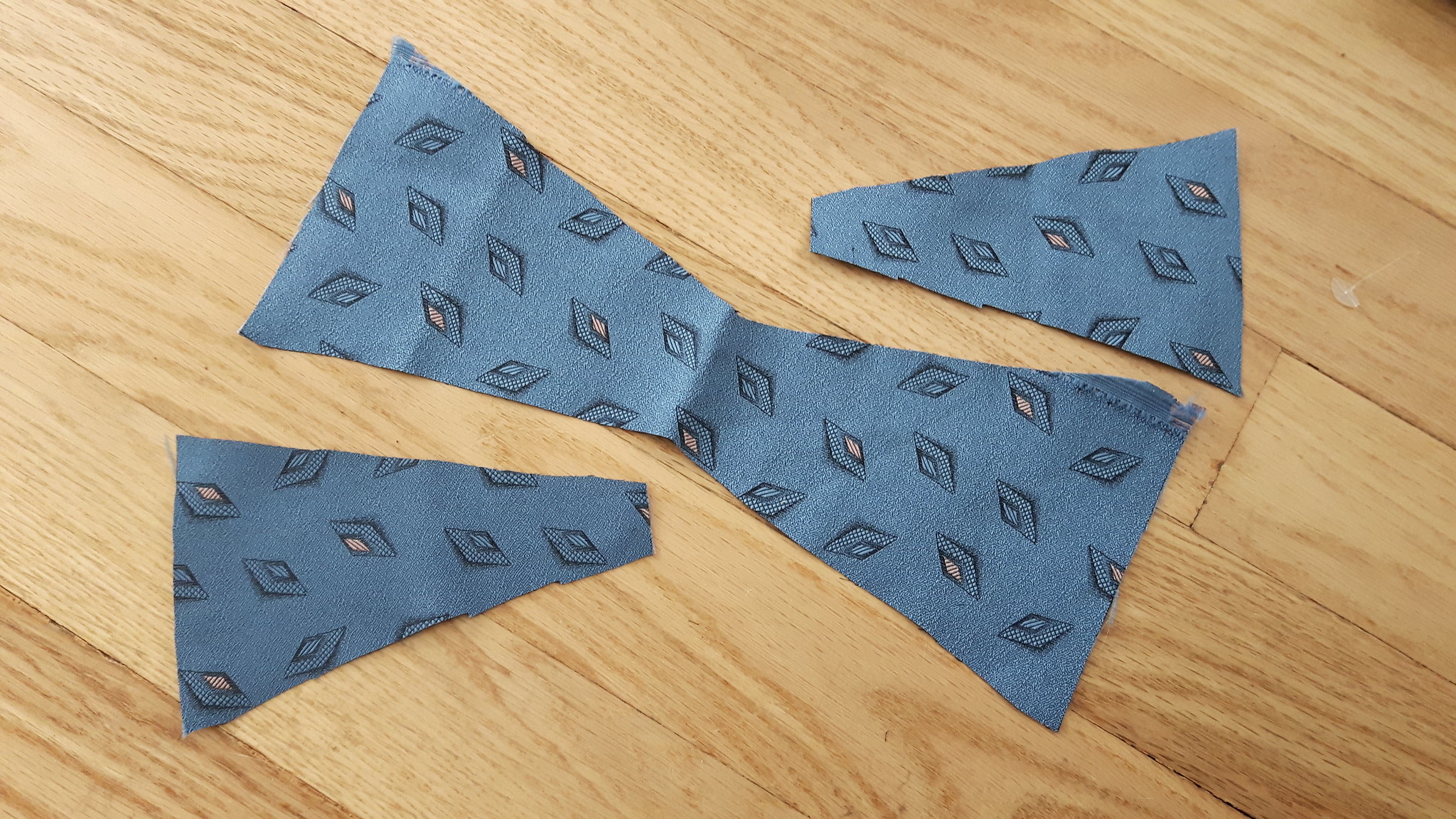 Here you can see the bits I got for the tail. And then I happened to have some gorgeous orange stuff with a bit of embroidered detail on it I decided to use for the rest of the fins, so I loosely cut out basic shapes. 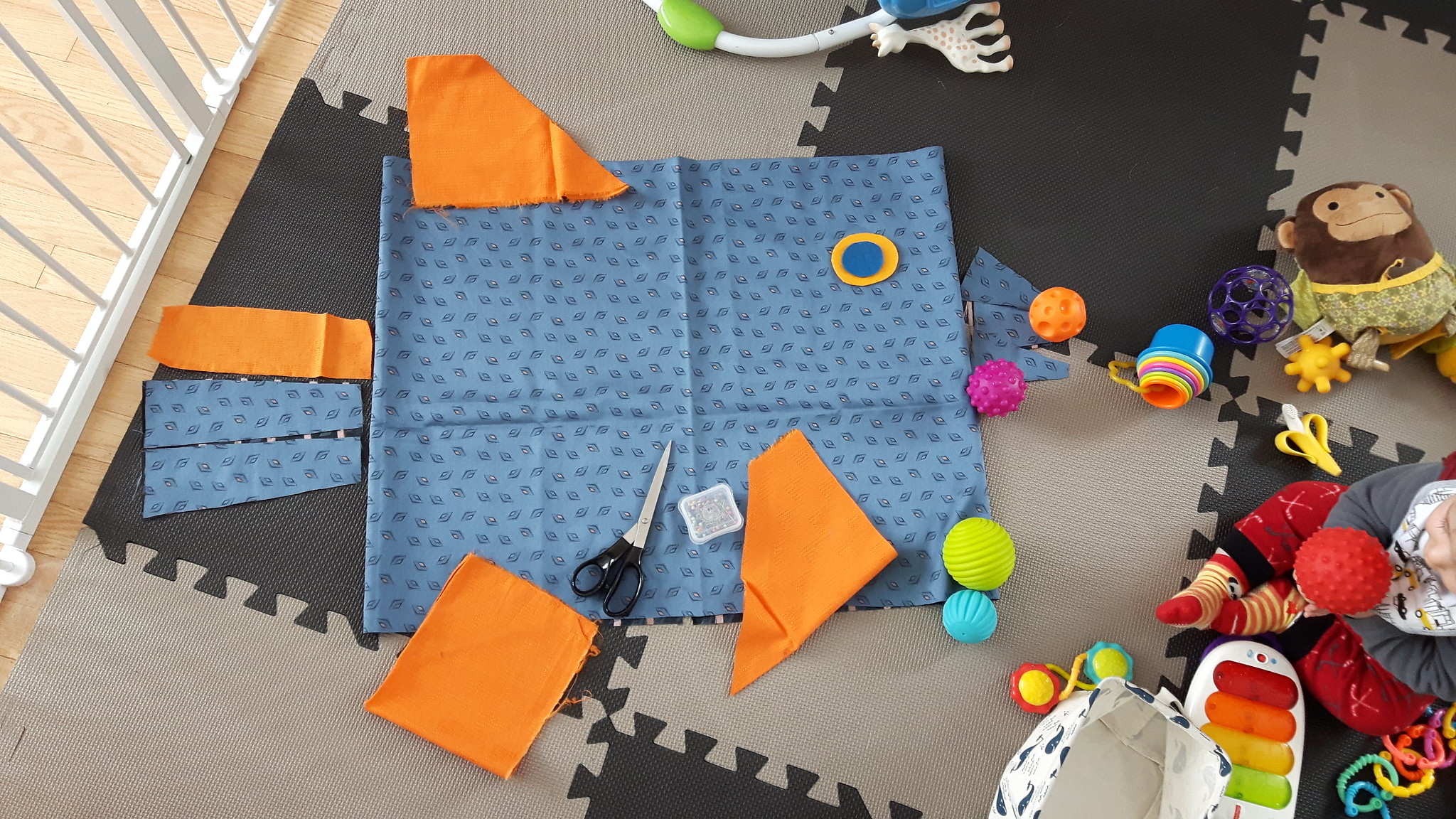 Don’t forget the eye, which I made out of felt. 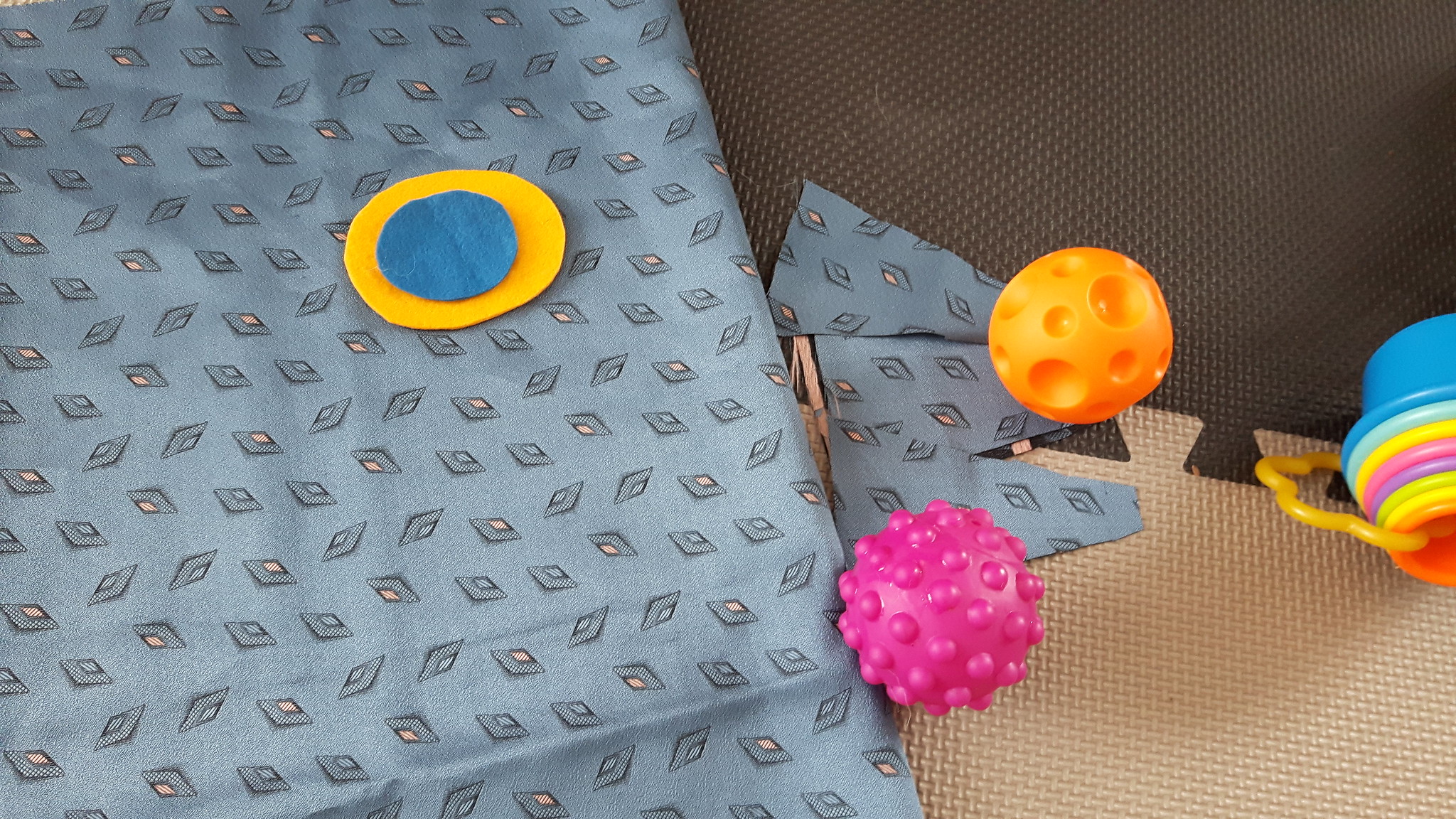 I freehanded the sewing of the fins. 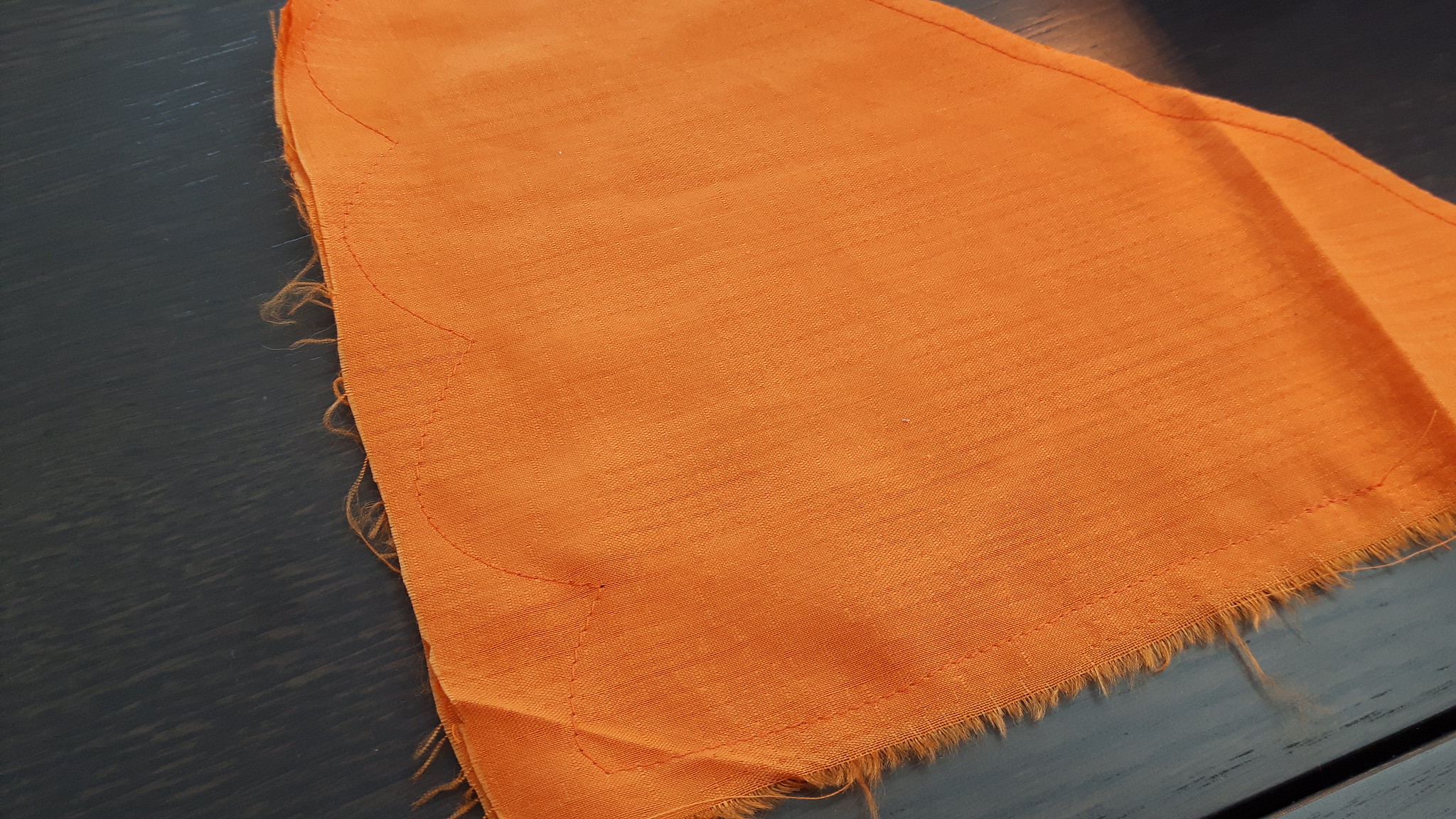 And once they were sewn I trimmed the excess, turned them inside out and sewed lines in from the scallops for further separation. I realize that’s a terrible description – hopefully the picture makes more sense. 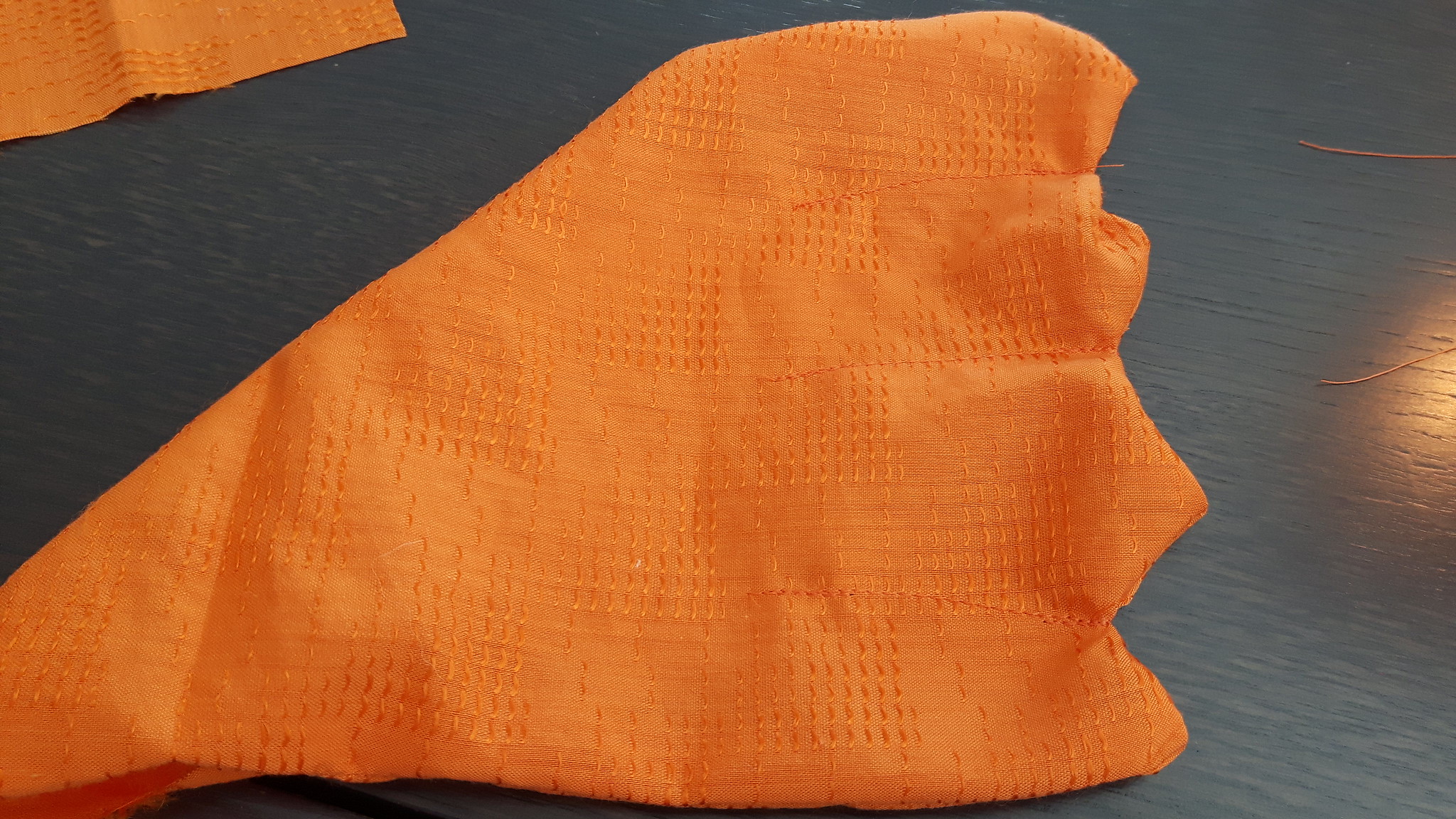 Then I stuffed it! 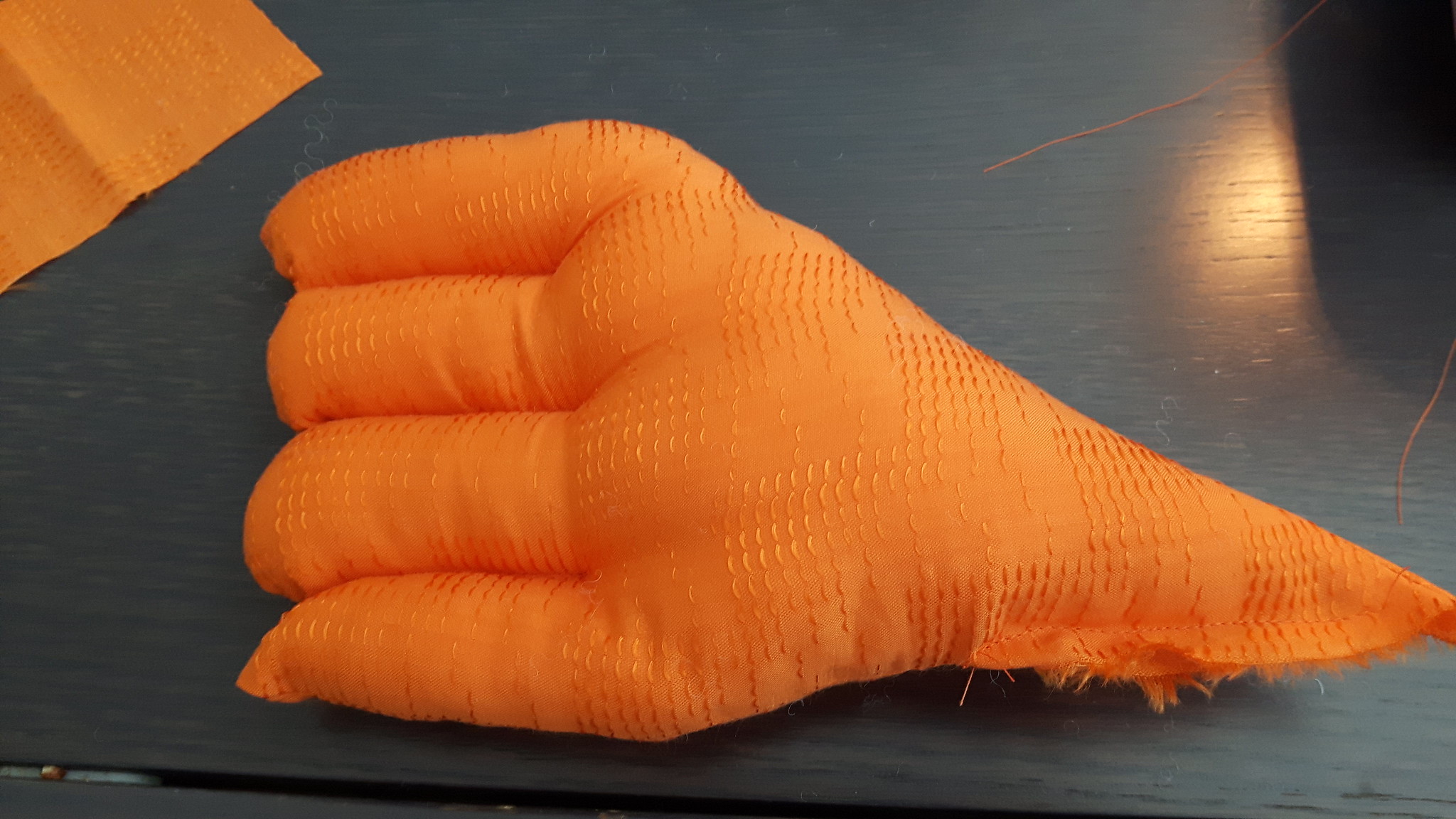 Definitely trim the excess when you’re sewing otherwise when you turn it right side out it won’t look right. 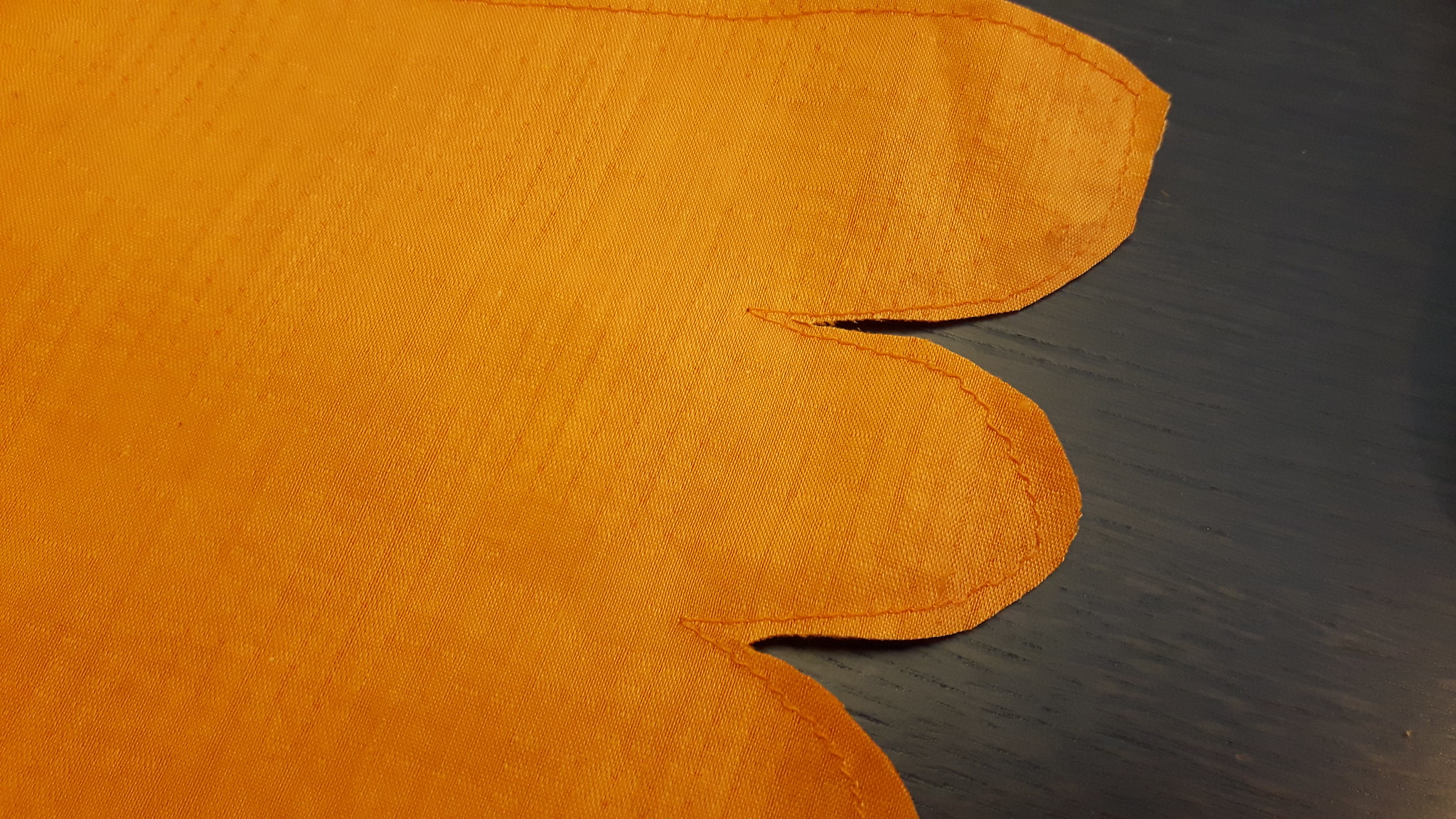 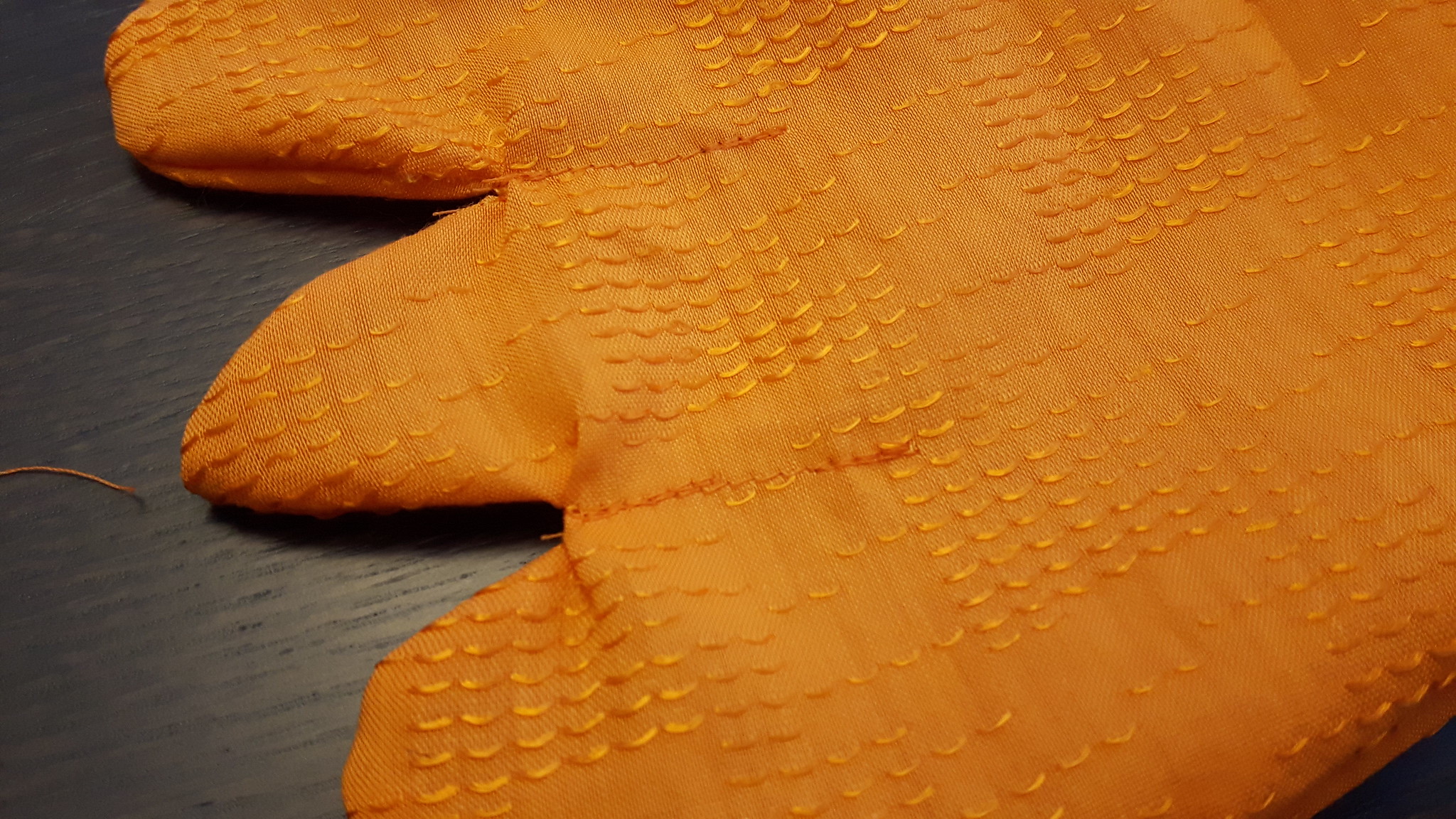 Here’s the tail. The tail was definitely the weakest of my half-assed derivations. 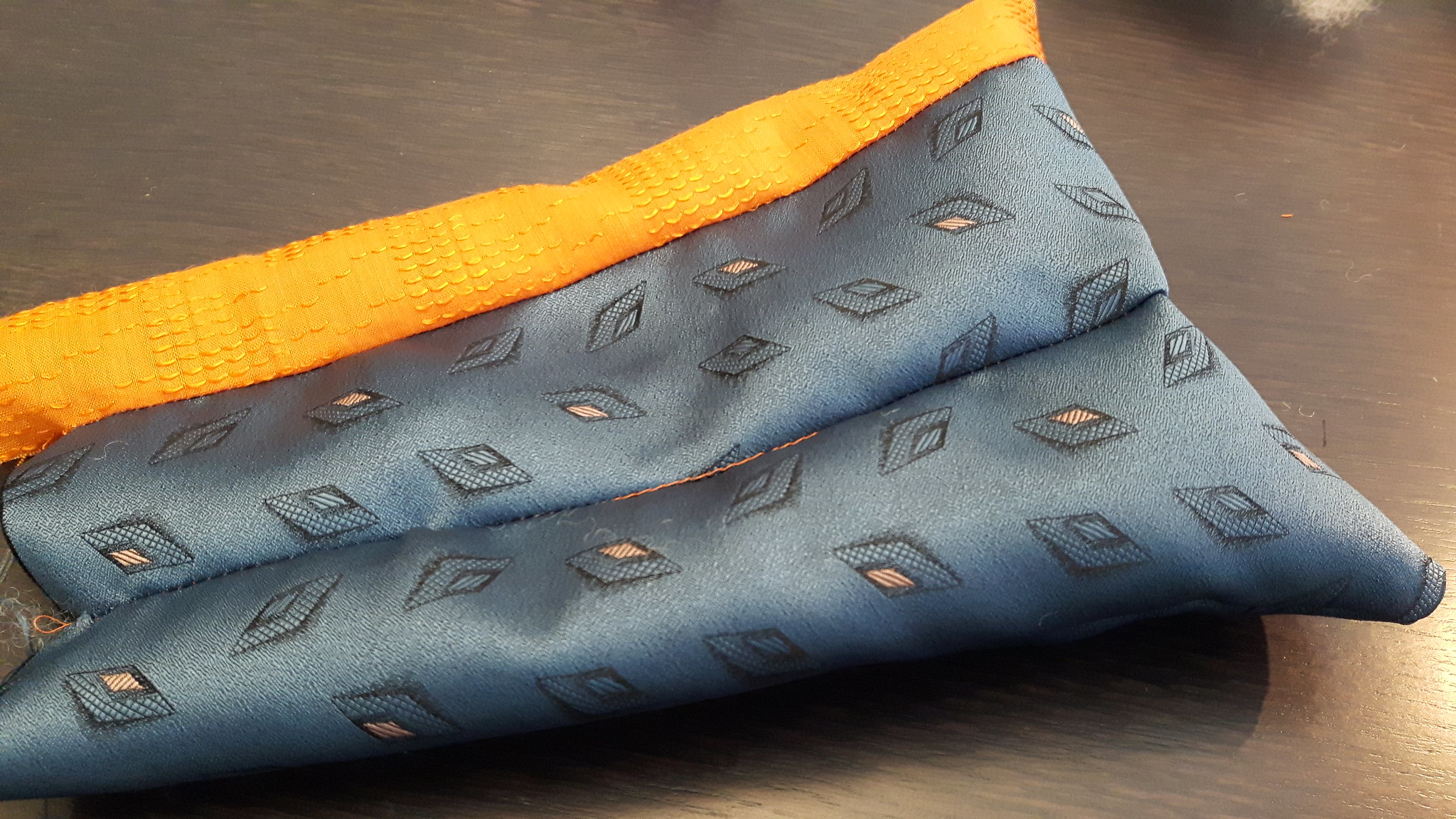 Especially seeing as I wasn’t paying close enough attention and didn’t sew it far enough and it came undone. Rather than fixing it properly I just ran the machine over it a bunch of times. I’m now passing it off as a war wound from some battle the box fish had with whatever predators they deal with. 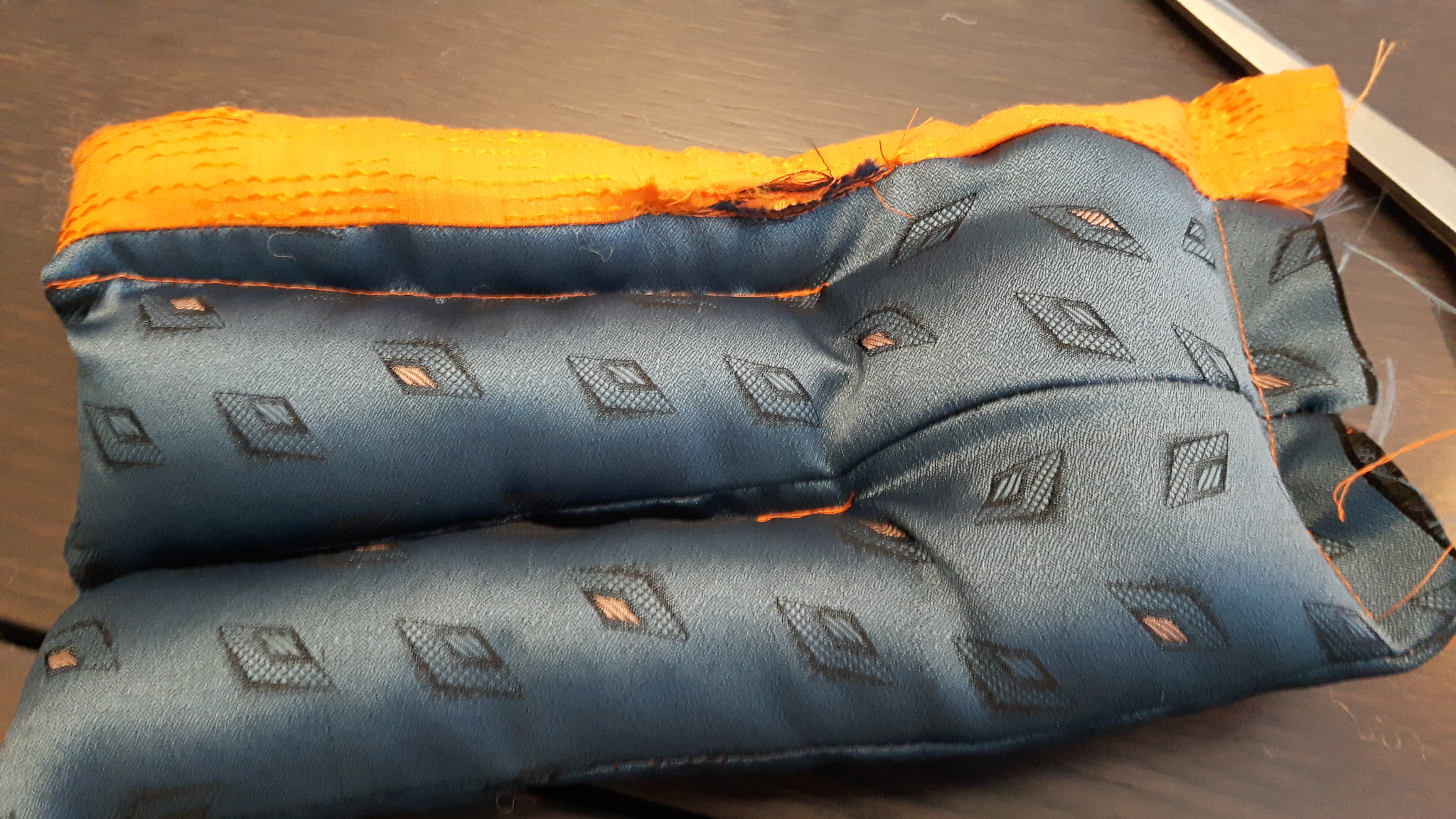 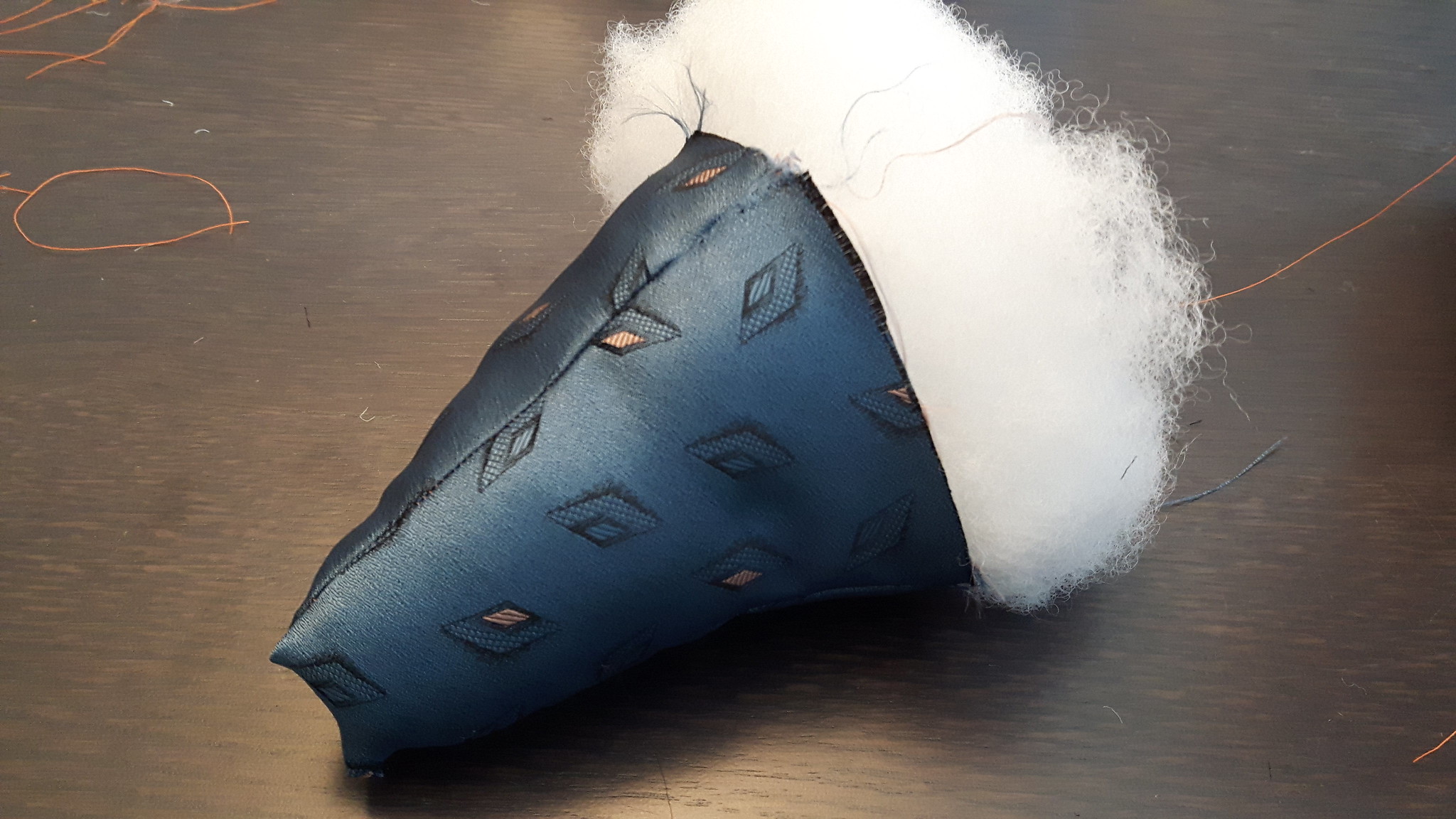 Because I only had *just* enough fabric, I didn’t have any leftover to hem the edges of my open seam, so I rummaged through the basement and found some gray grosgrain ribbon that I folded in half and sewed over the raw edges. 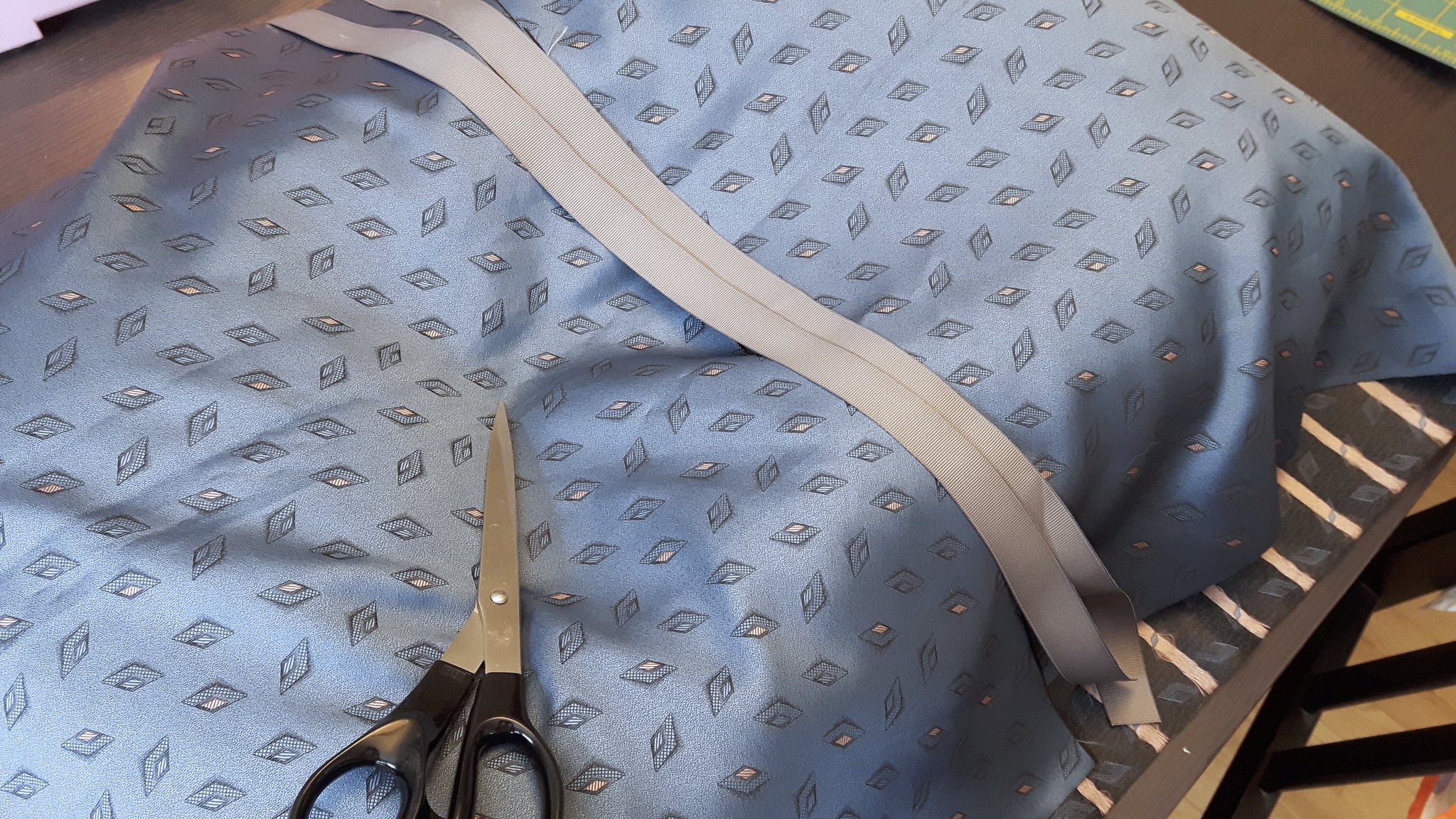 Now for the complicated process of attaching the fins to the whole shebang. This was wayyy easier than doing it with that stretchy whale fabric. 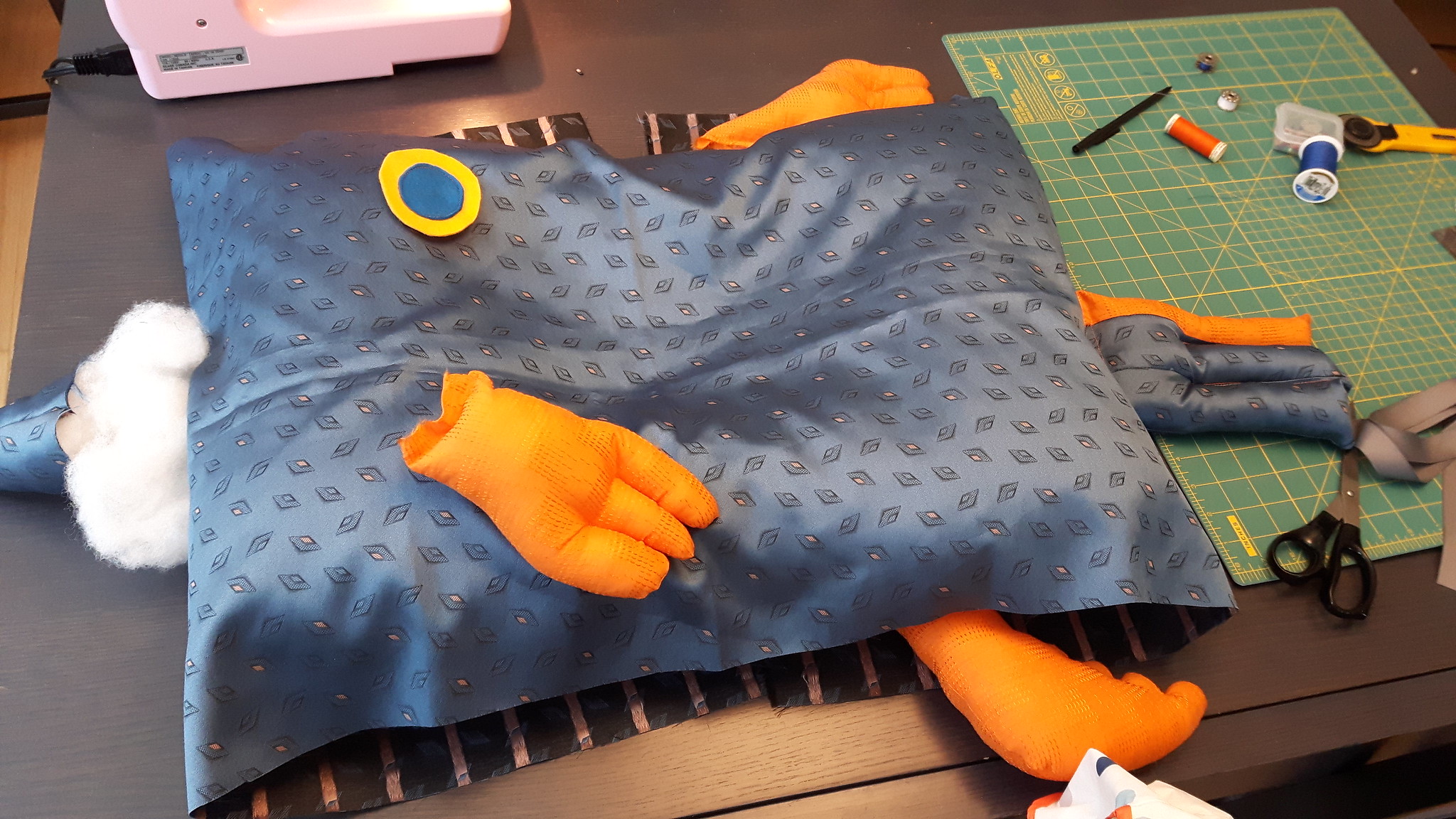 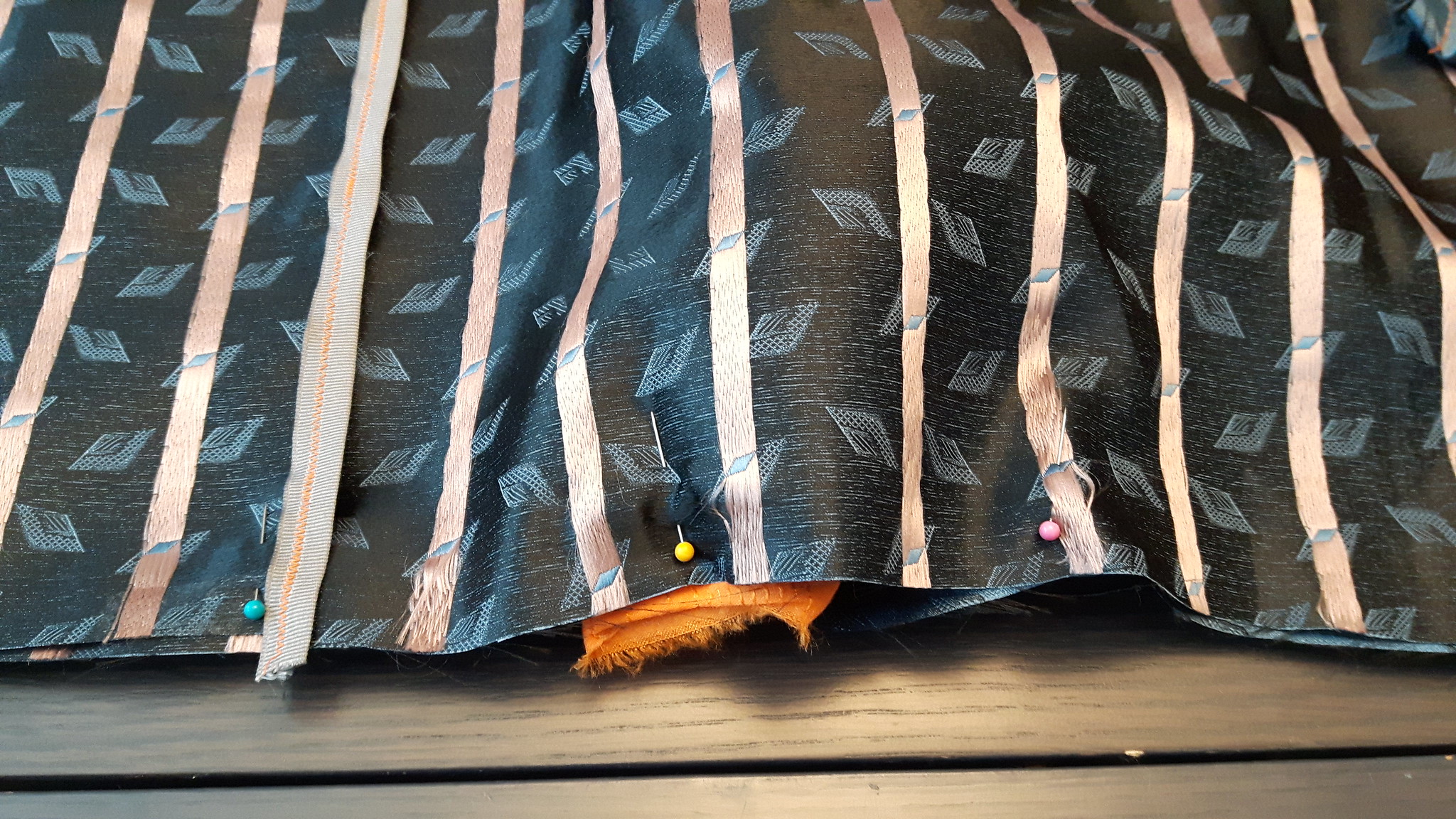 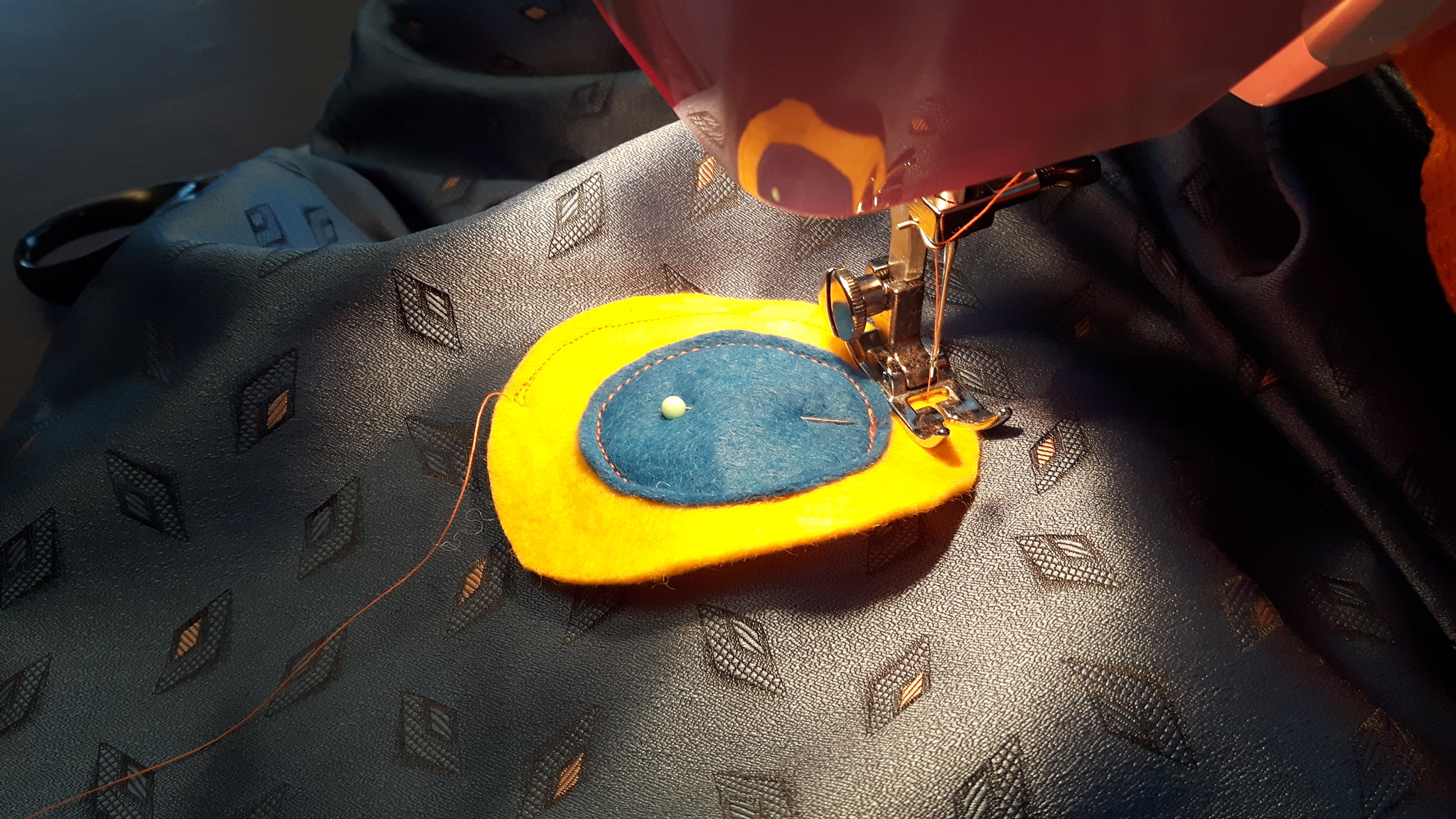 Everything is attached except for the side fin and the snout, both of which will be hand-sewn because they’re hella awkward and not on seams. 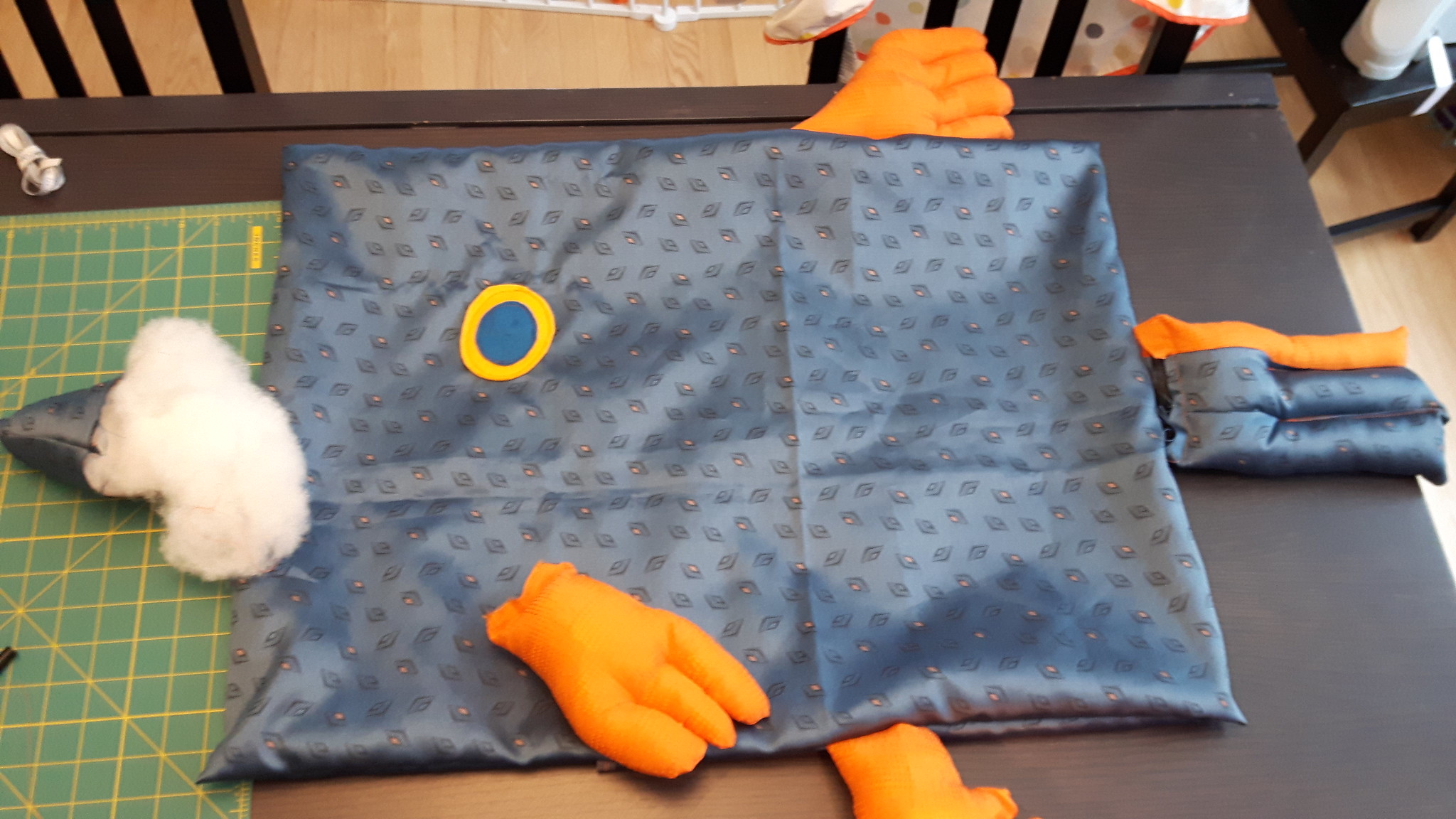 Also the tail, which is not on a seam either. I cut a hole in the side and stuffed that in. 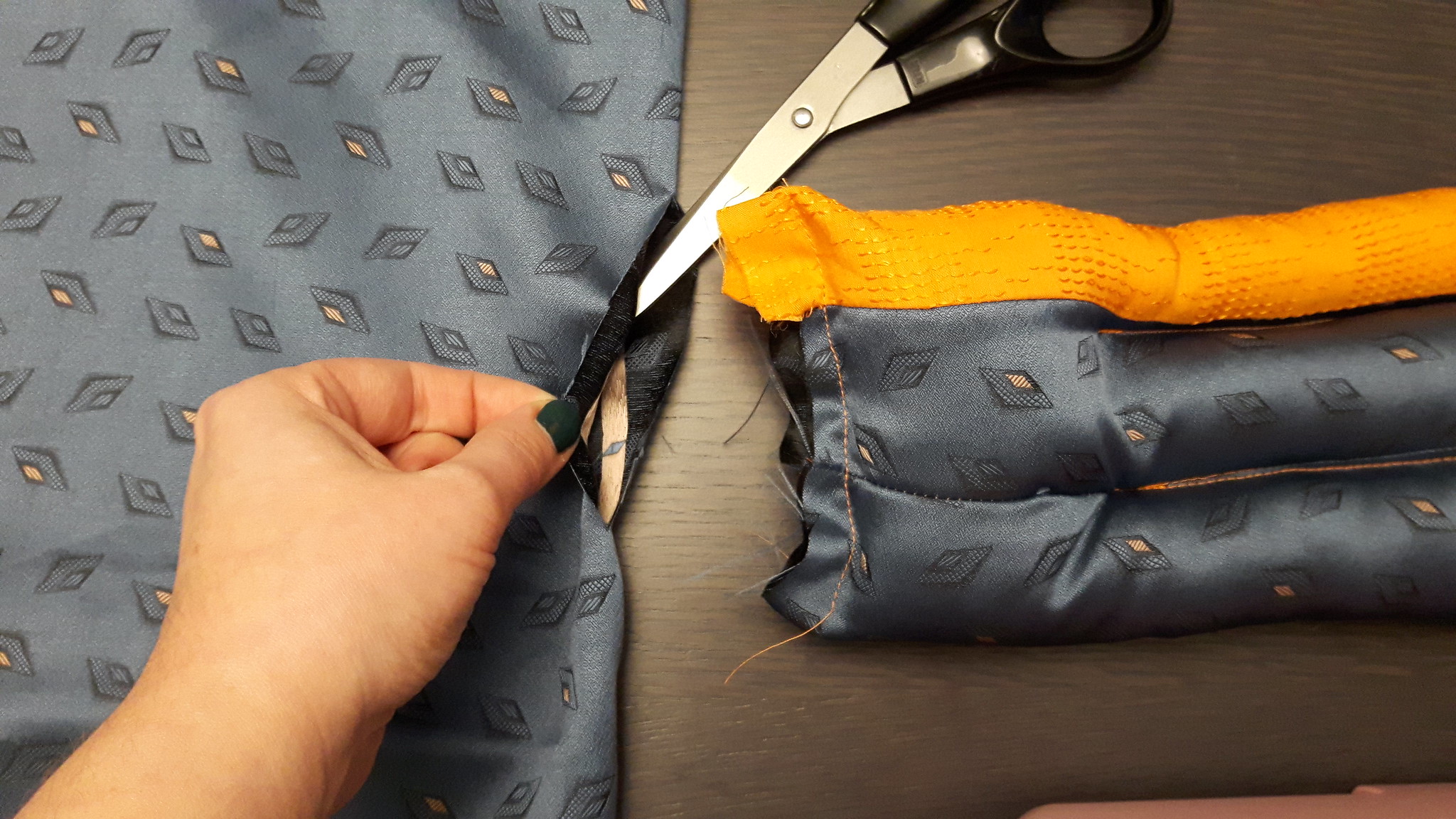 That was easy to sew with the machine. 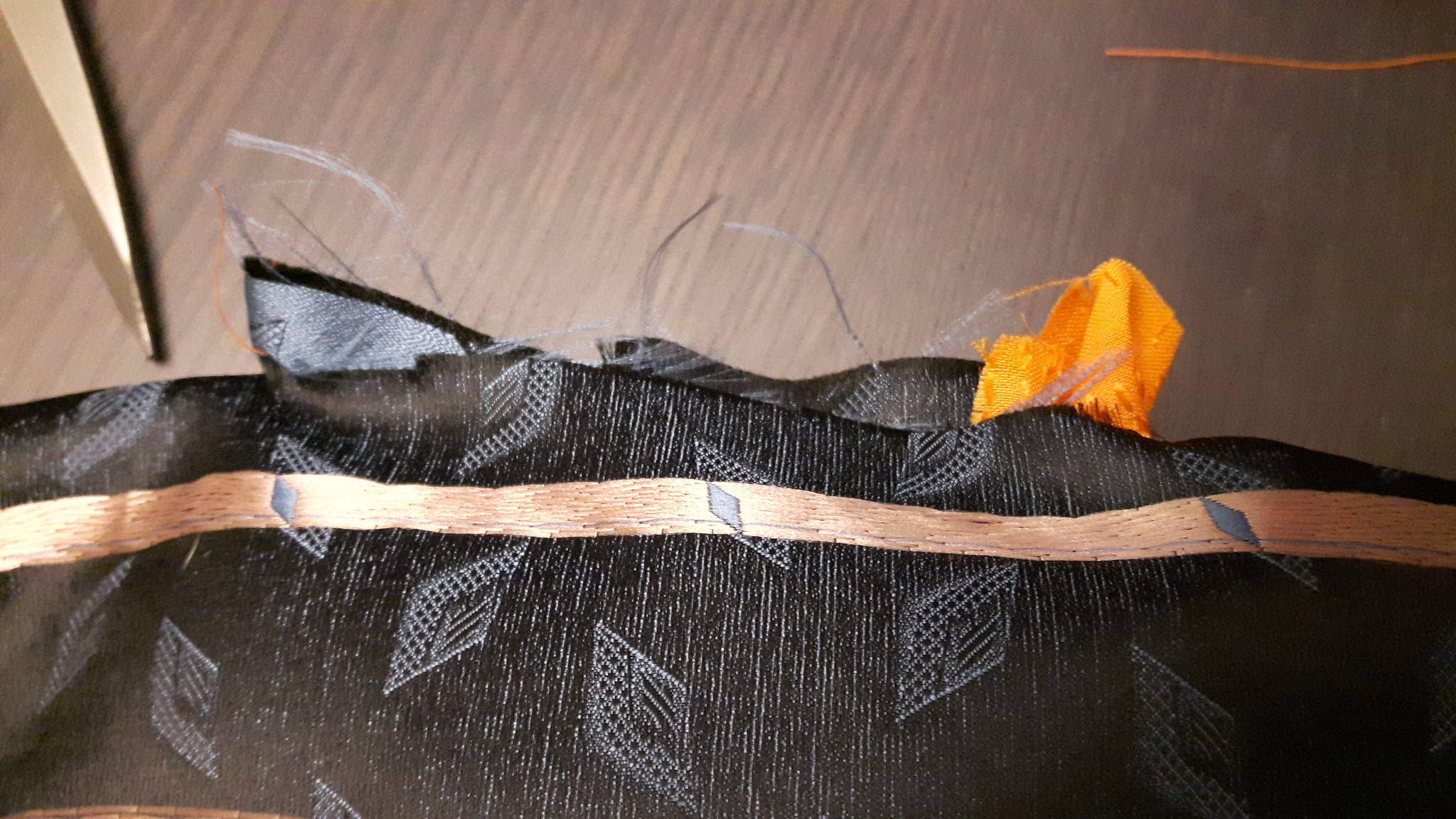 Next I take the corners and flatten them so the seam is in the middle. Then I sewed across to make an isosceles triangle, with the base being the height of the pillow. 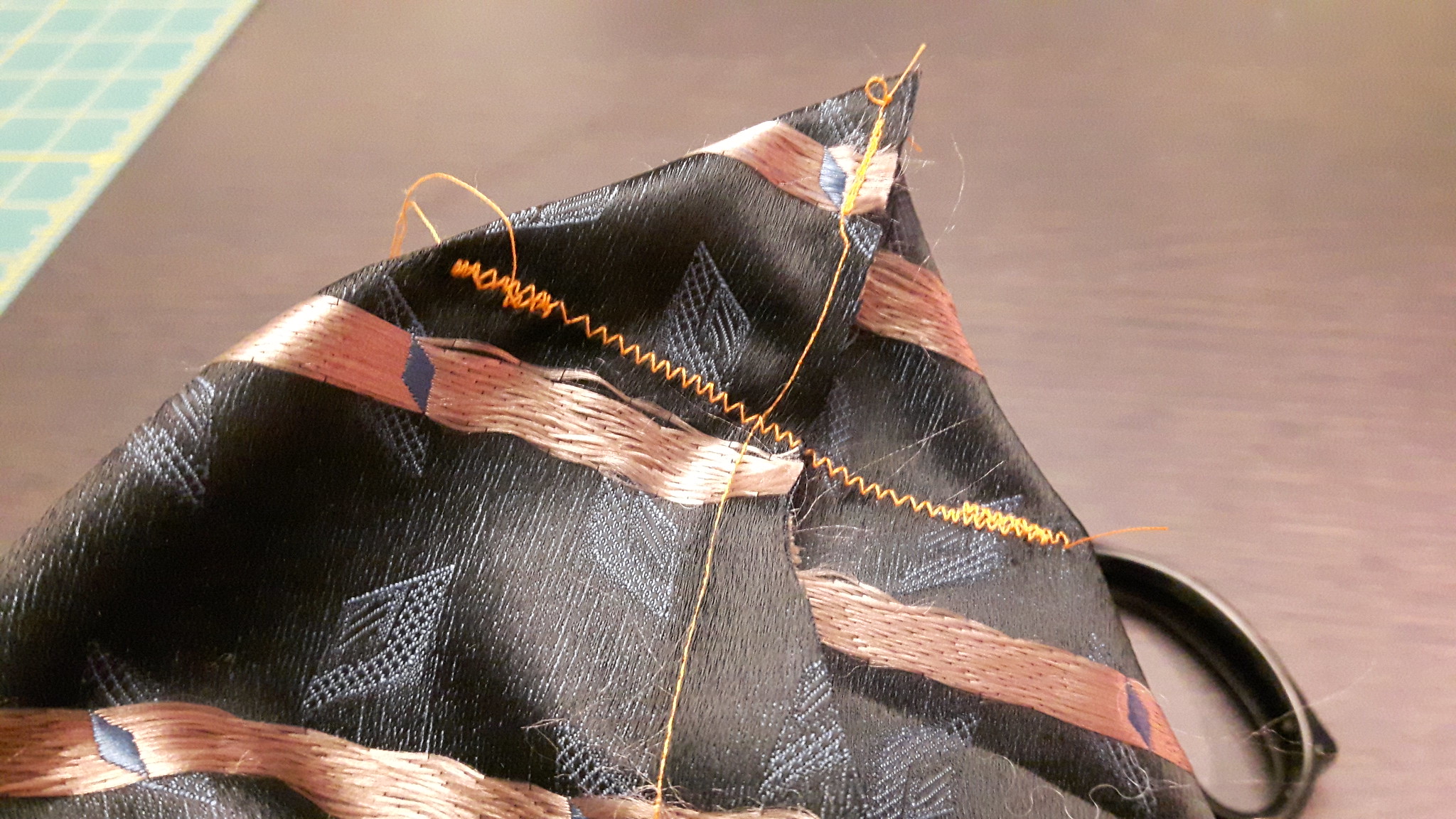 There’s my pretty box corner, with the tail attached! 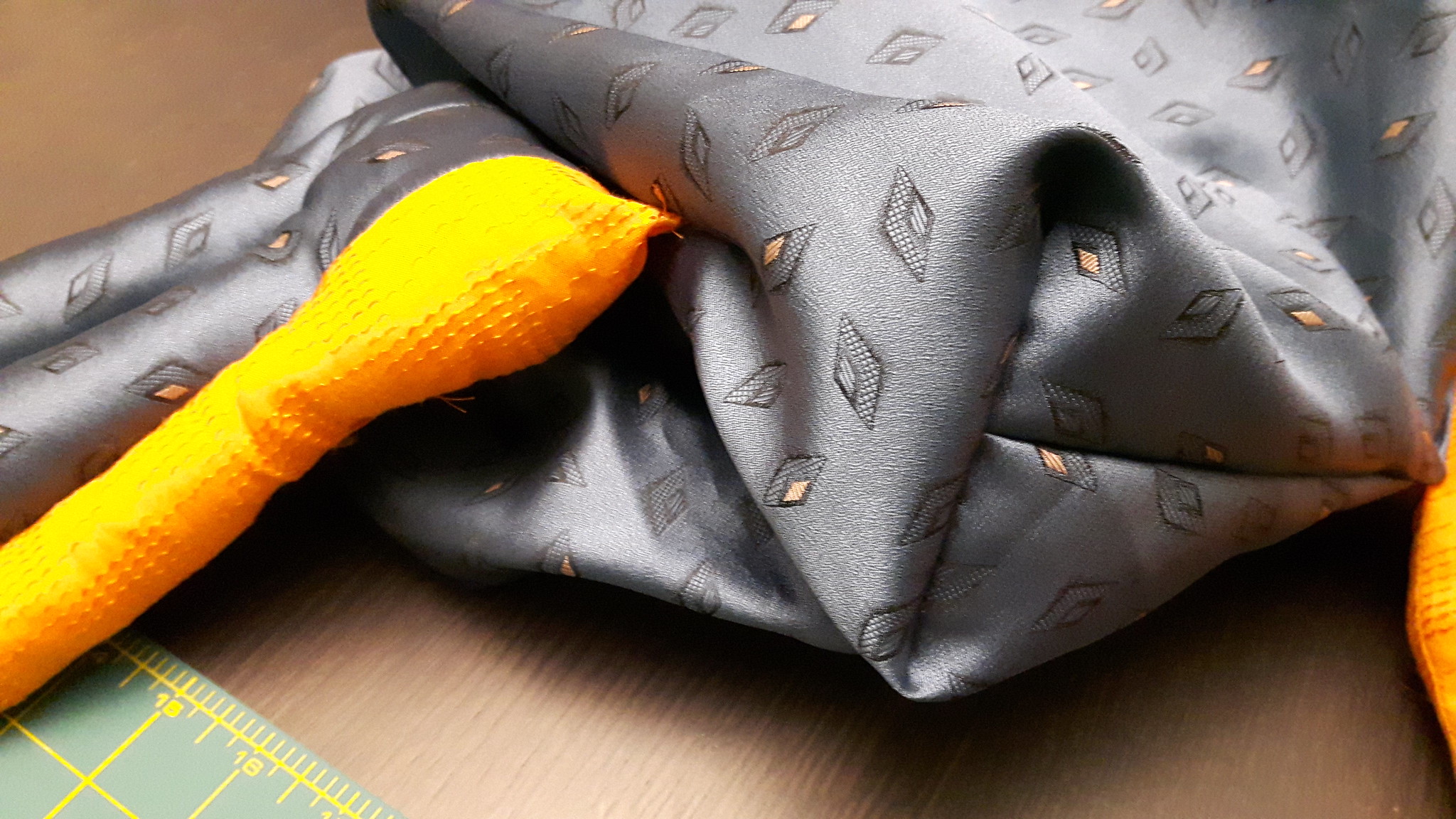 Now the job of hand-sewing on the snout and fin. 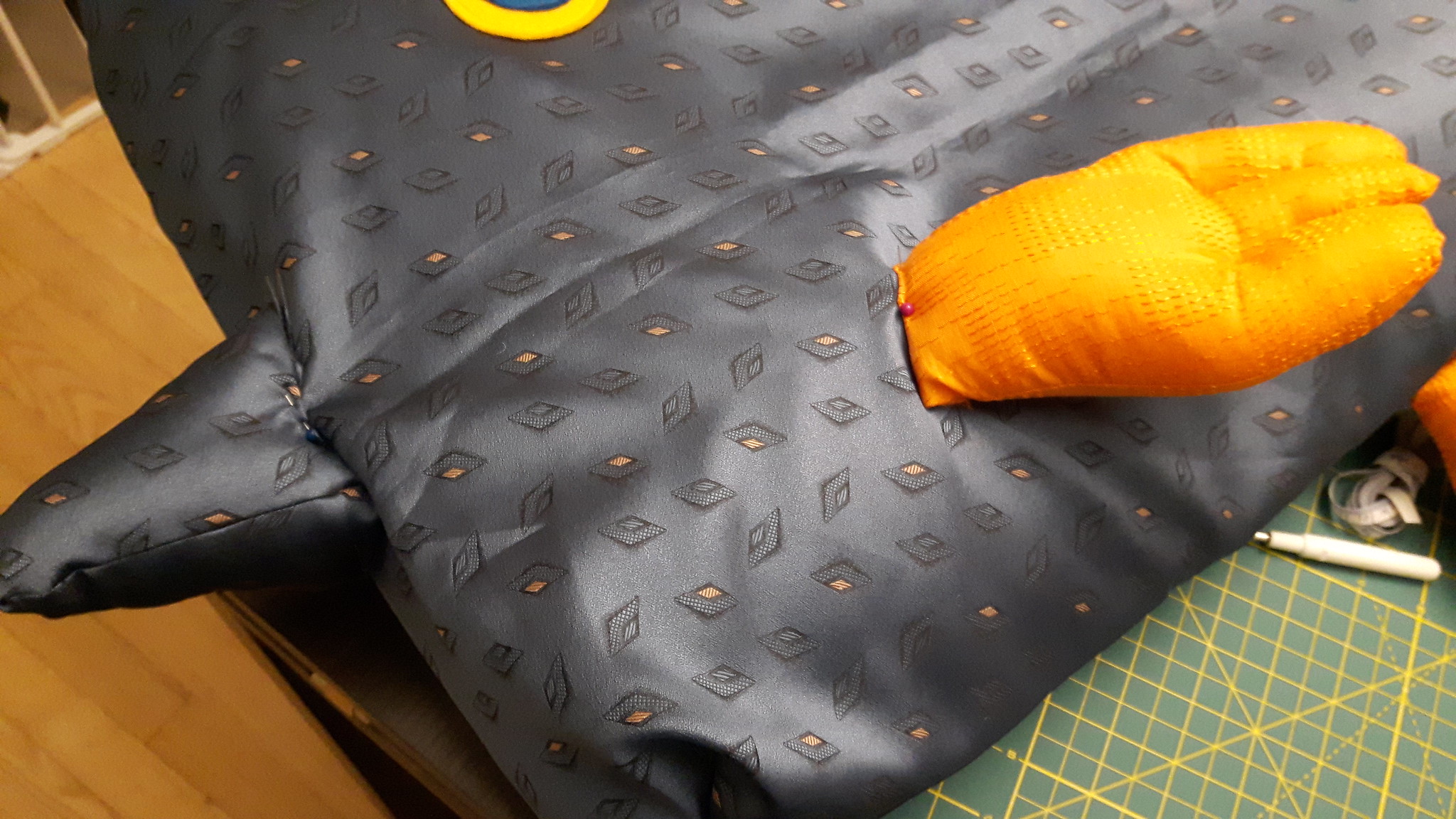 Complete! LongJohn loves it, and we enjoy having a second place to plant our butts. 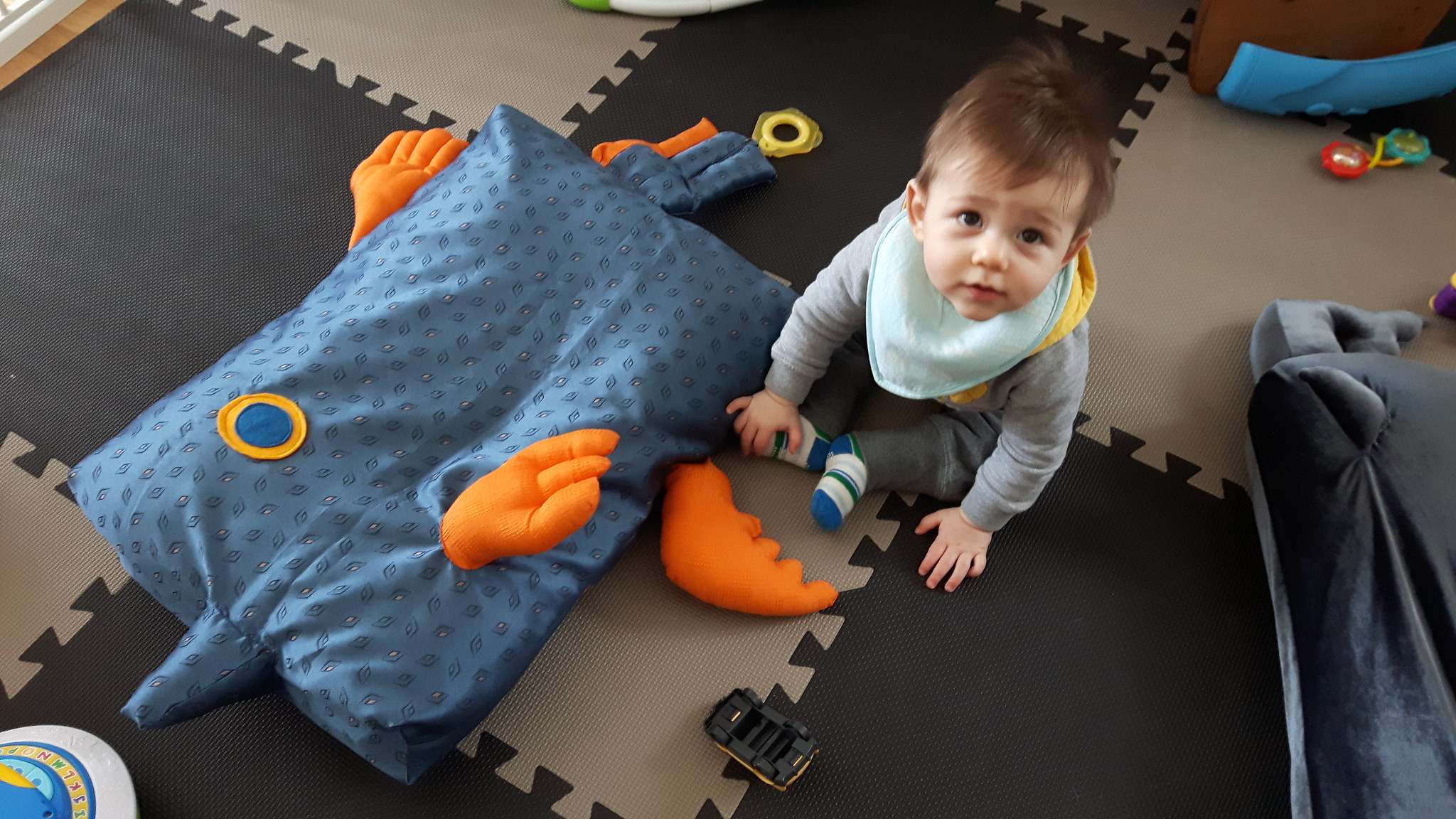