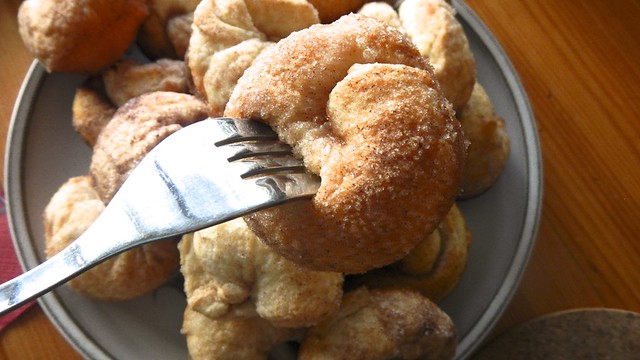 Basically, it’s cream cheese glazing for cinnamon buns, in a slow cooker. This is definitely a fun dip to make for parties, and there’s plenty to go around. We also served cut up fruit and there was a ton of sauce still left at the end. If you have a large slow cooker, follow the instructions in the original recipe from Chelsea’s Messy Apron for making the fondue in a separate container within the slow cooker. If you have a wee one, you can just plop all the ingredients straight in (as we did) and go from there. 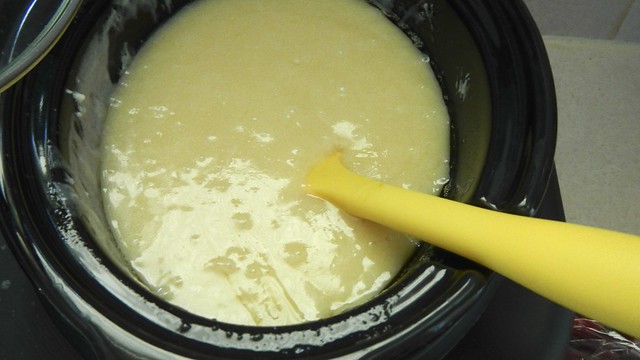 Start by grabbing a bowl and using it and an electric mixer to beat together 1 8oz package plain cream cheese (room temperature) and 1/2 cup butter (also room temperature) until mixed and fluffy. 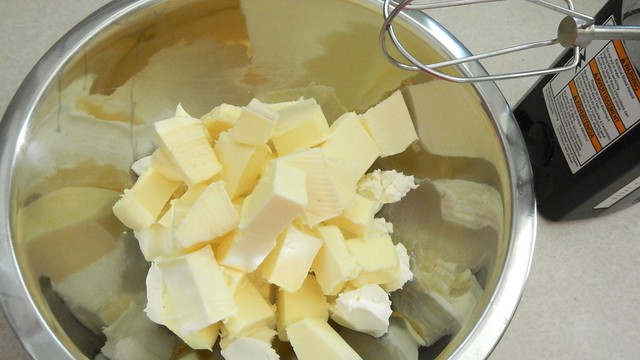 Tip in 1 1/2 teaspoons vanilla extract and beat that up too. 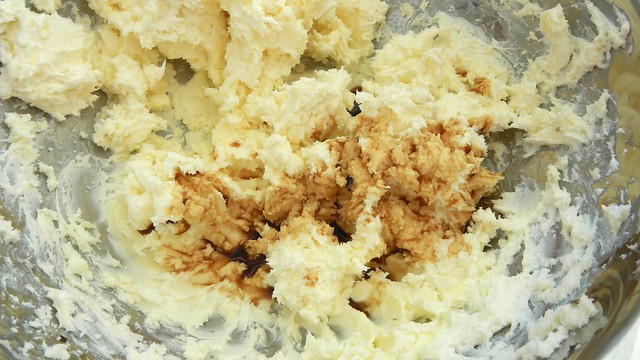 Then slowly add in 2 cups icing sugar and beat it (carefully) until fully combined. 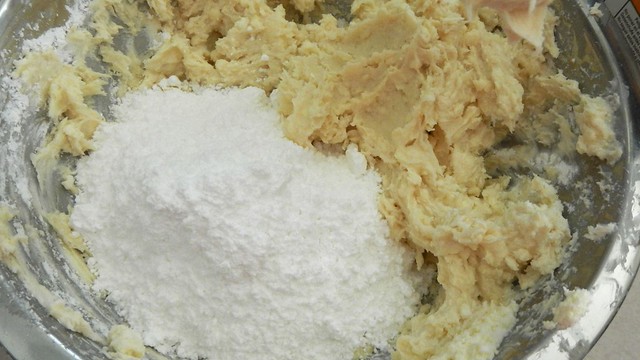 Dump that whole thing in your slow cooker and leave it on low, stirring occasionally, for 1 1/2 – 2 hours. 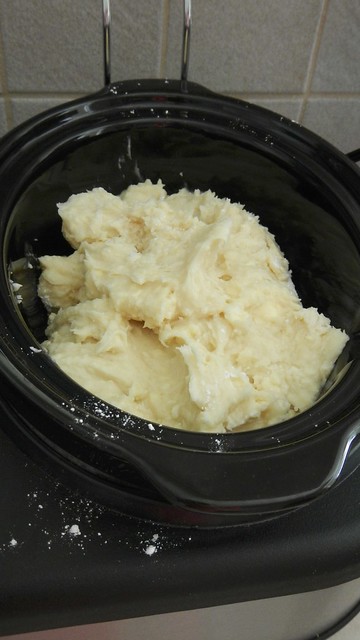 When you’re ready to serve it, you probably want some cinnamon buns to go with it. If you don’t have any pastries handy, but want some, grab some of those rolls of pre-fab biscuits.  The Pie did not know that the rolls kind of exploded when you opened them, and even though I warned him in advance he was still startled by it, so exercise caution. Preheat your oven to 400°F and spray a muffin tin or two with cooking spray. 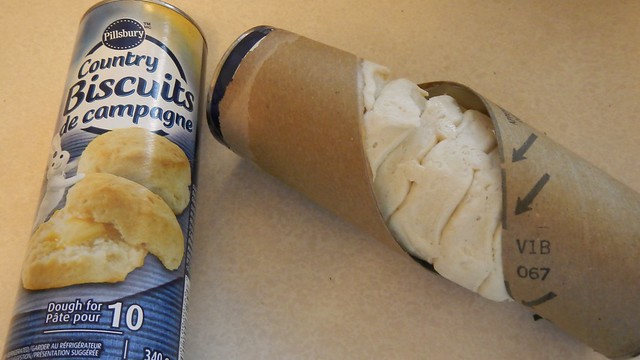 Grab one of the biscuits from the tube and flatten it into an oval. 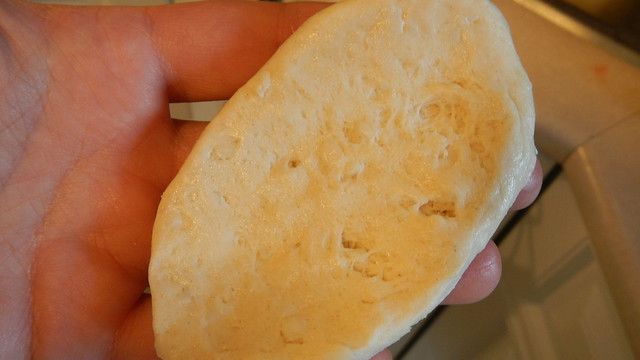 Dip it first in melted butter, then in a mixture of cinnamon and granulated sugar. 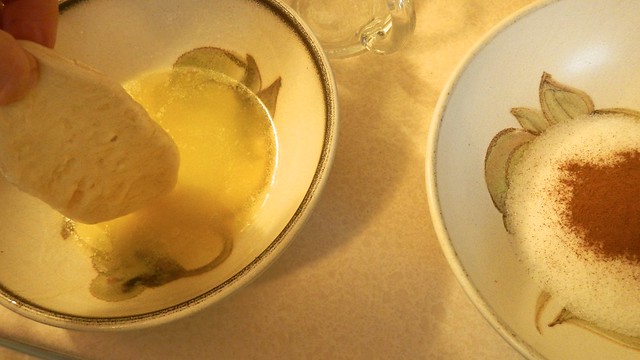 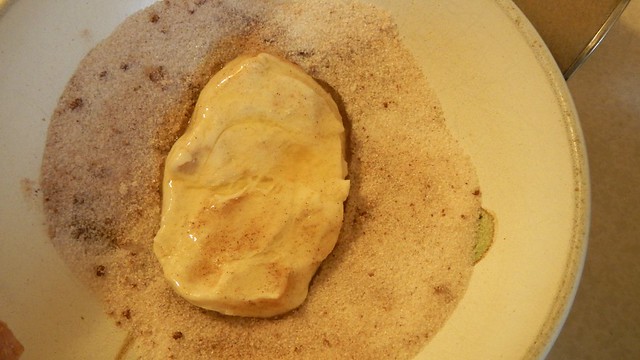 Roll the oval into a tube. 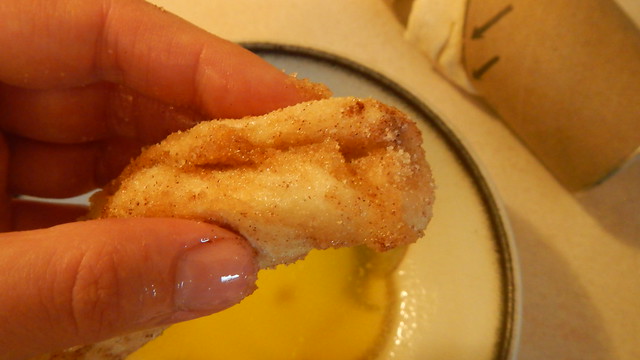 Then roll the tube into a spiral. Give it a squeeze in the hopes that it will stay together. 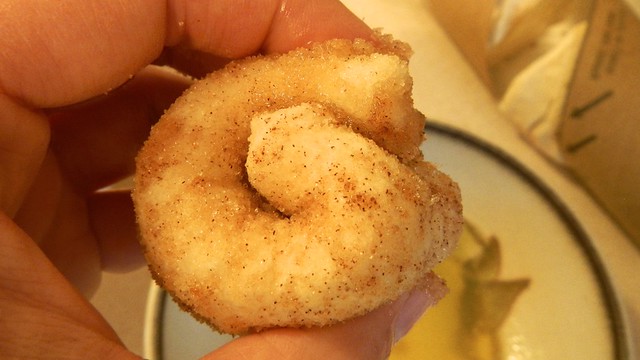 Plop the spiral into your muffin tin. For the record, the Pie made all the ugly ones. 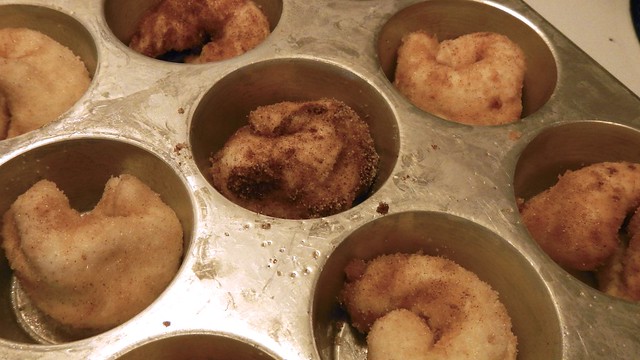 Bake for 8-10 minutes, until the rolls are golden and no longer gooey. 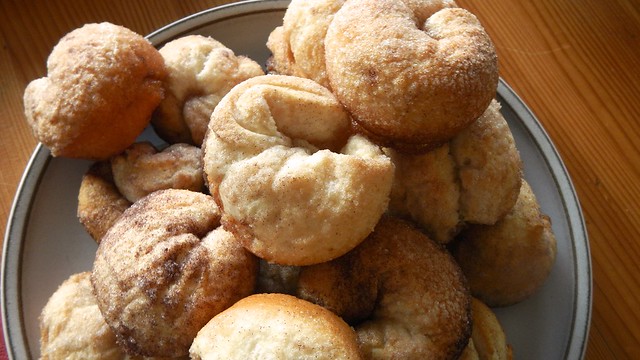 Serve them hot with your fondue and a couple forks. 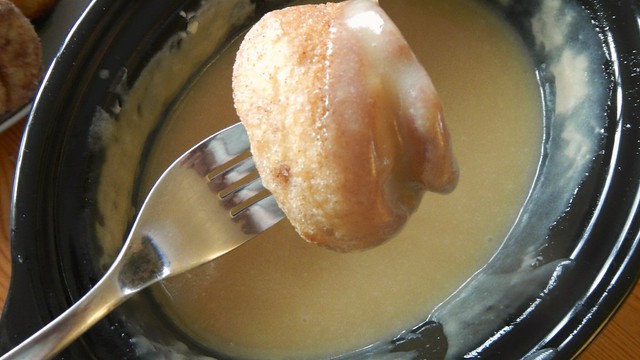 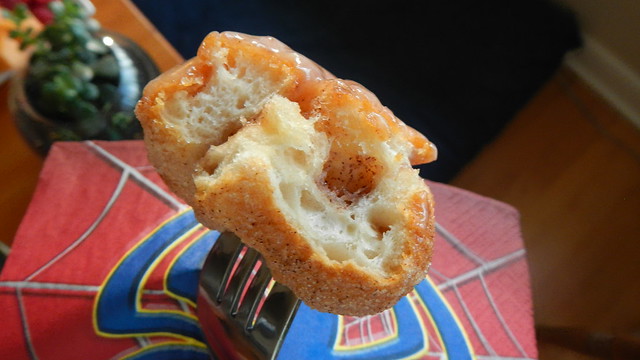