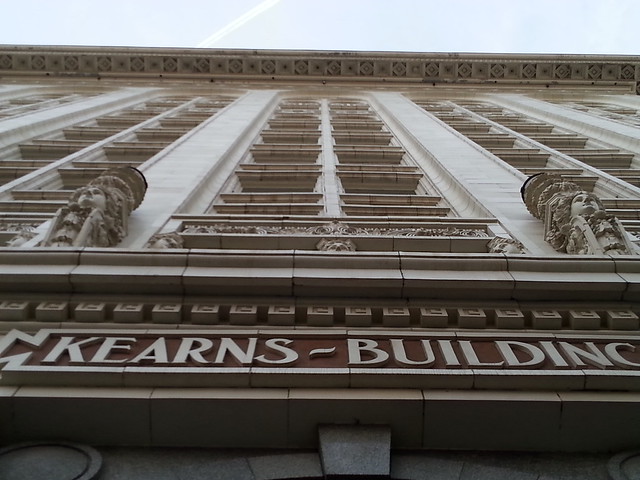 The Minion and I had a total blast in Salt Lake City. Not only were our clients complete dolls and ideal business-folk who made our work easier and told us the best places to check out on the tourist side, but this old town appealed to our mutual delight in architectural weirdness and we spent much of our time wandering the perfectly straight, majorly wide avenues, snapping pictures of all of the fantastic buildings that we found. This is the state legislature. 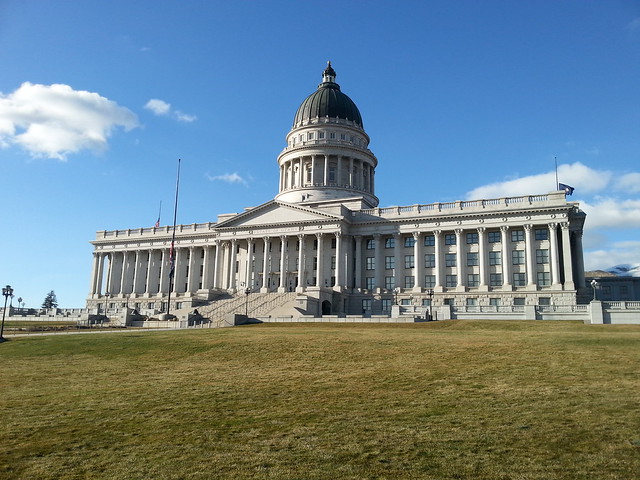 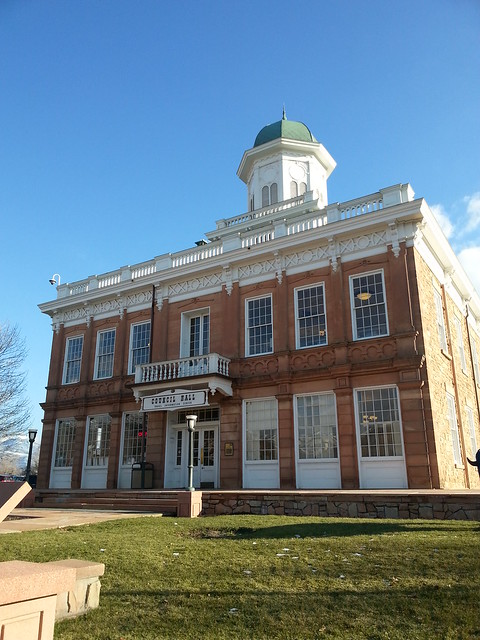 A GIANT CHURCH. Well, the corporate office for the Church that seems to own most of the city. 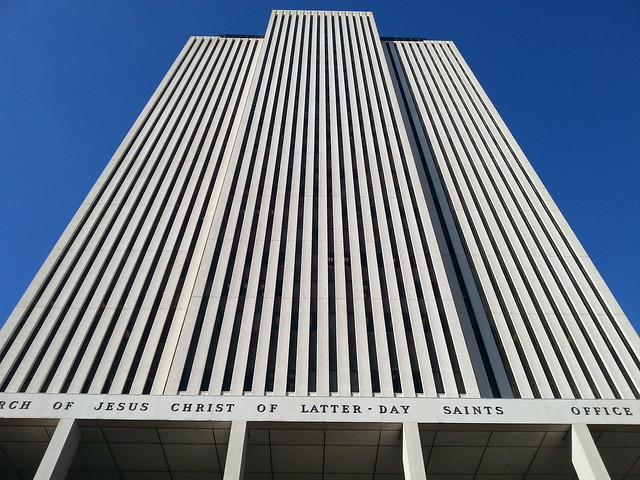 The former Hotel Utah, which is incredible inside and out. 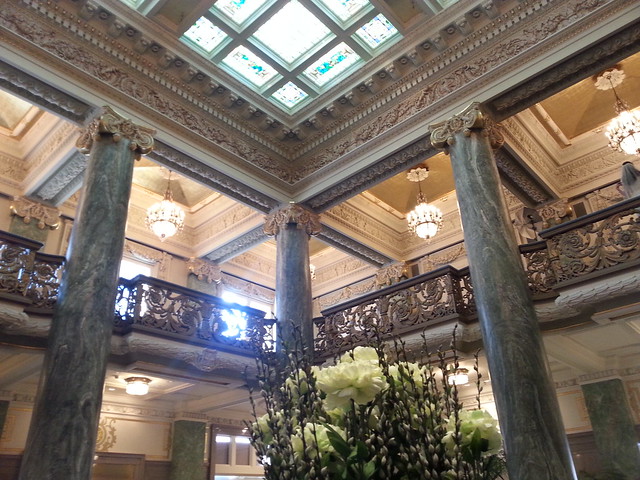 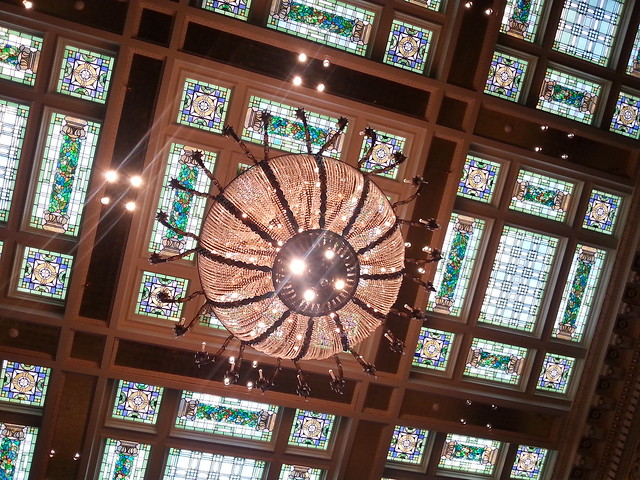 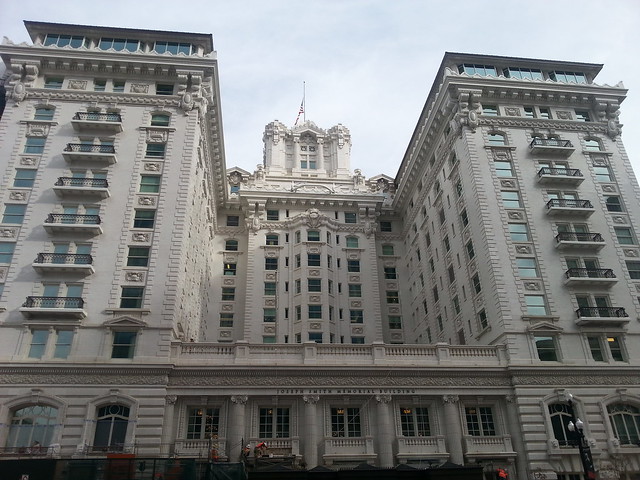 The Public Library, which reminds me of the Canadian Museum for Human Rights in its construction. 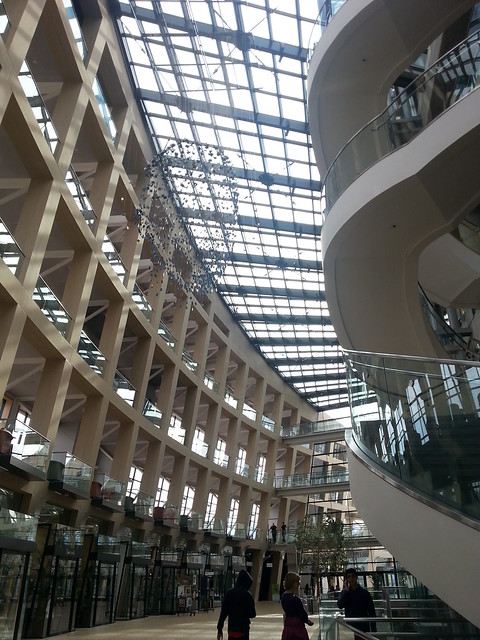 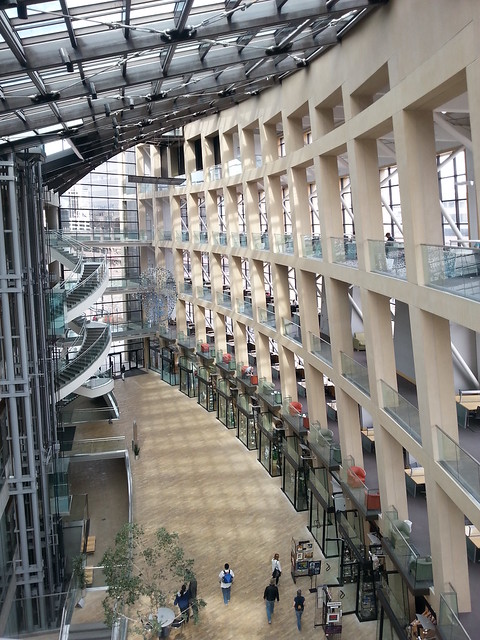 You can go up on the roof and see the mountains. 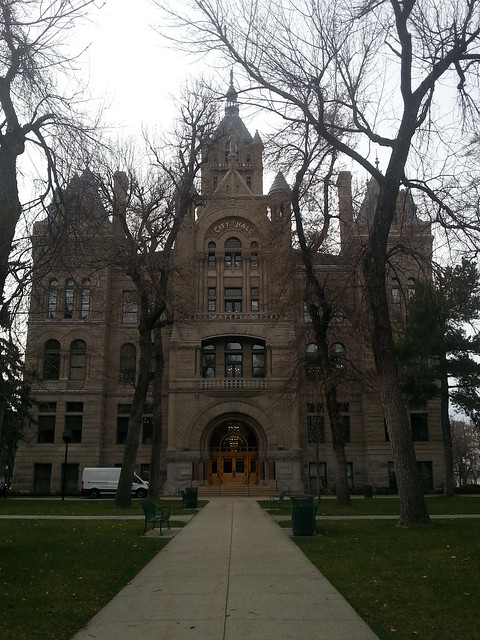 The old Union Pacific Railway station, which is now part of the Gateway Mall. 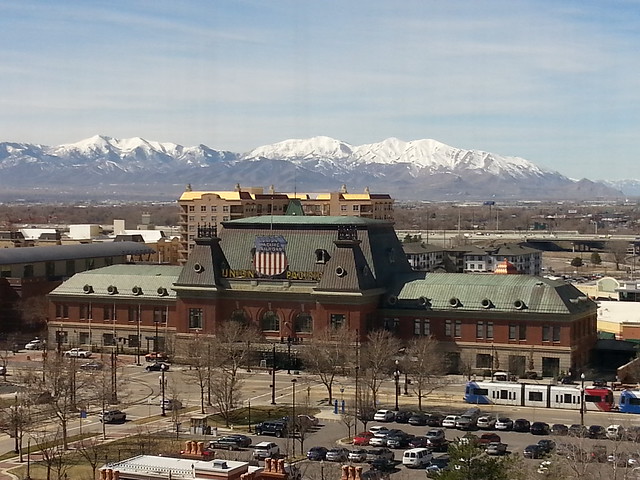 And let’s not forget the Tabernacle, inside and out. 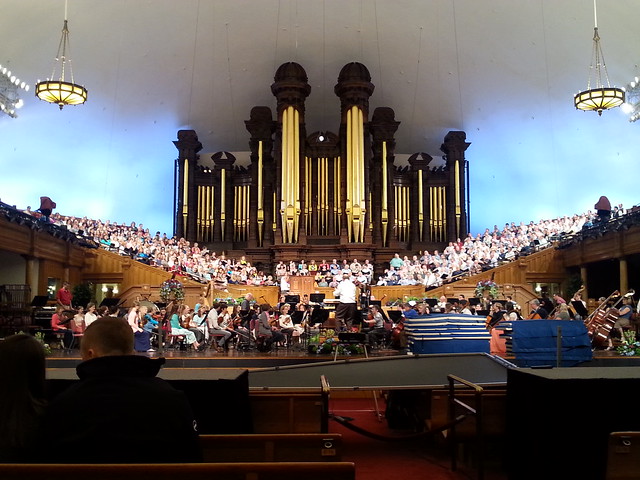 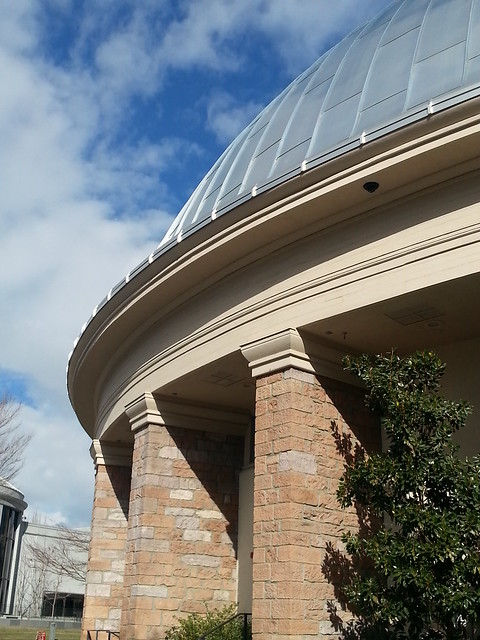 And the Mormon Temple itself, the highlight of the city. 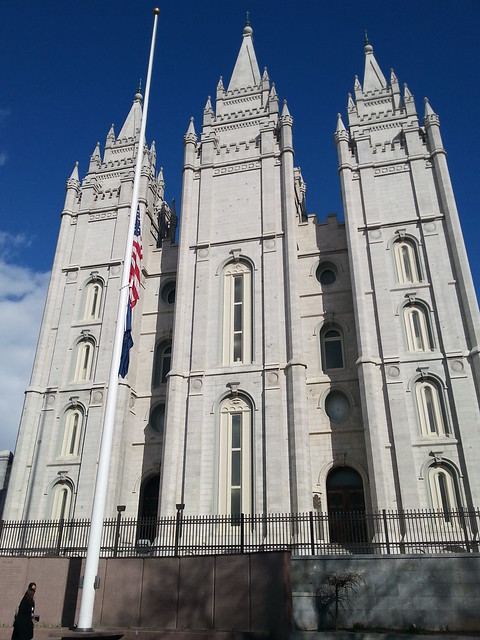 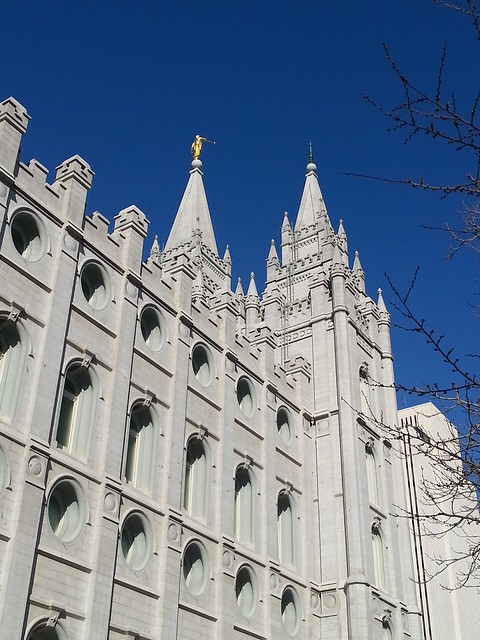 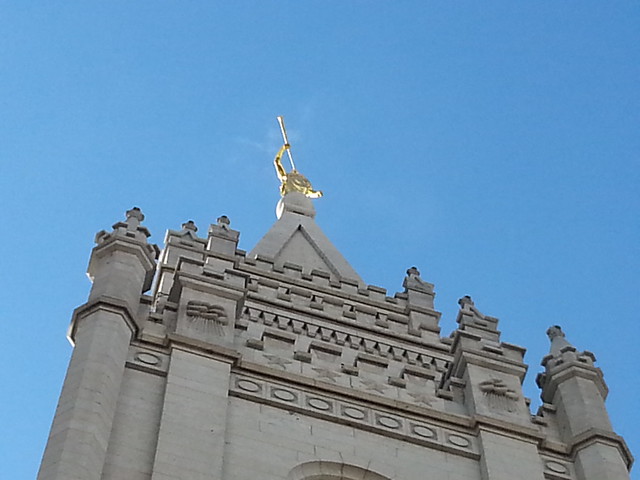 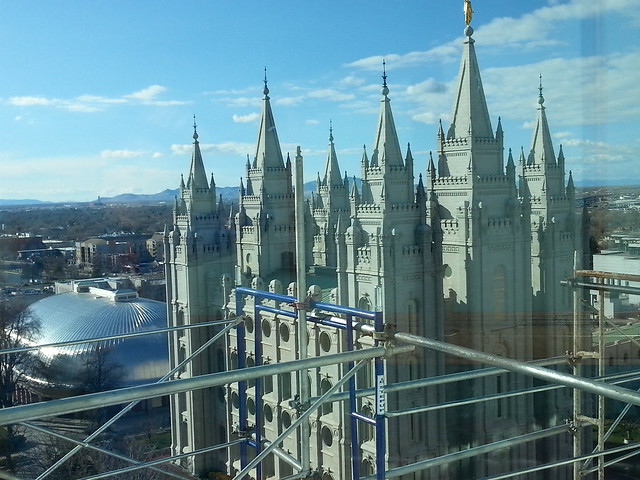 Which also looks spectacular at night. 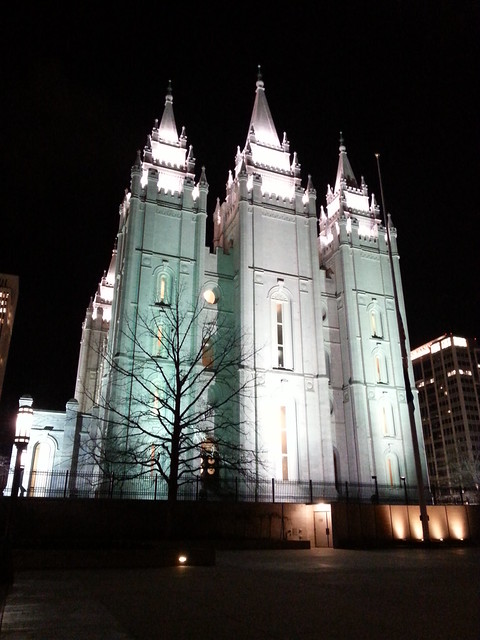 And stuff doesn’t need to be old in the city to look nice. All the malls for example have water features in them. This is in the City Creek Mall after dark. It’s a great place to walk around and see pretty things! 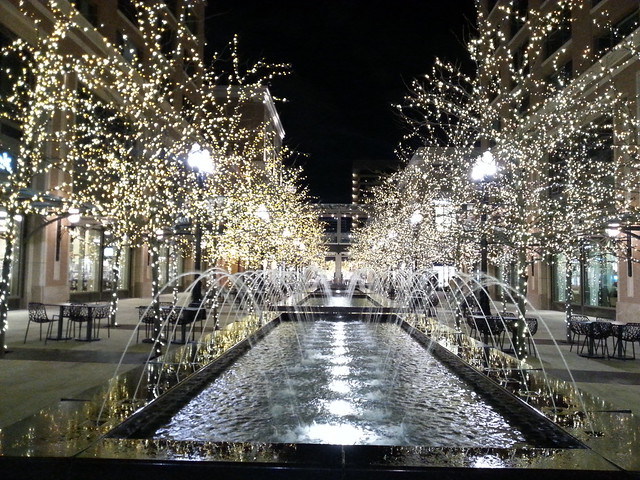