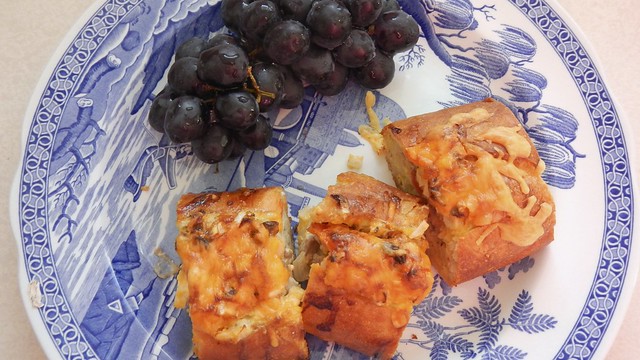 One of my coworkers, after having spent the weekend overindulging in certain BEvERages with a group of friends, was served this as a morning-after breakfast that totally hit the spot. It takes a while to cook but only minutes to prepare and you can dress it up as much or as little as you want. Preheat your oven to about 425°F and grab your baguette. Or, if you’re a small group, half a baguette. 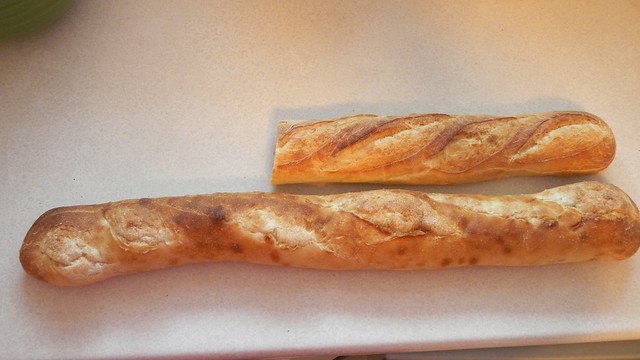 Grab yourself a small serrated knife and cut a trough out of the baguette. 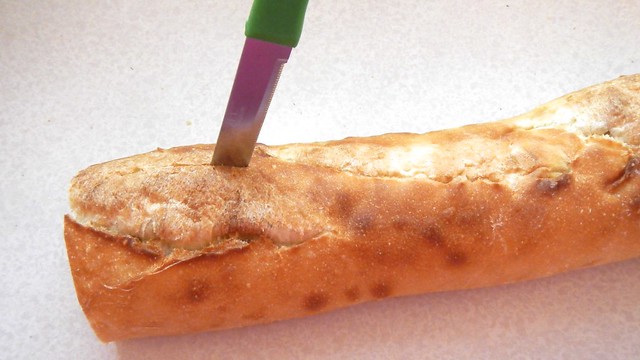 Scoop out enough bread from the baguette that you have a decent-sized hole to put stuff in. 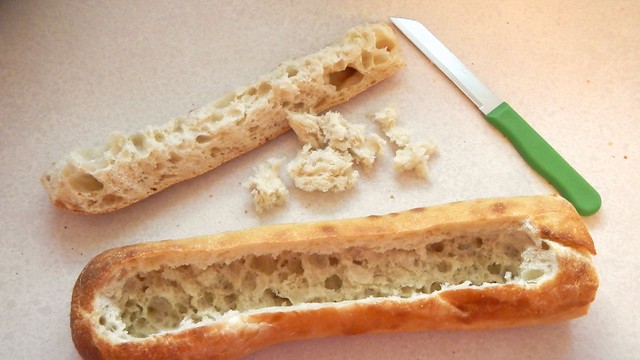 Speaking of stuff, grab some of that: onions, mushrooms, tomatoes … you name it. Whatever floats your boat. 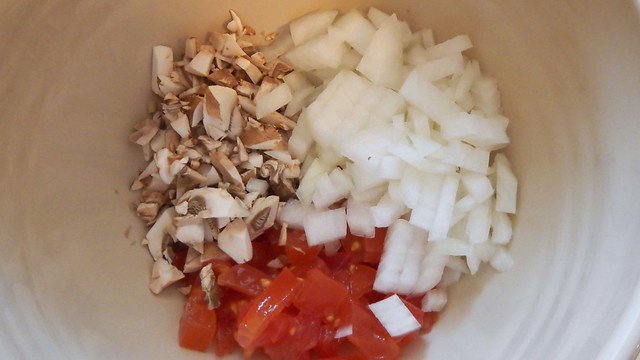 Mix in some grated cheese of your choice and some salt and pepper. 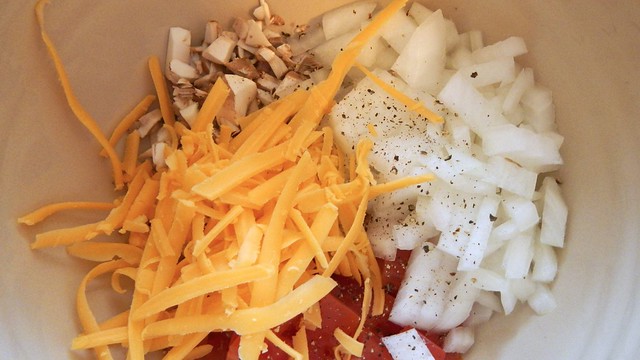 And now some eggs. For a half-baguette you’ll need about three, beaten. For a whole one, probably about five or six. 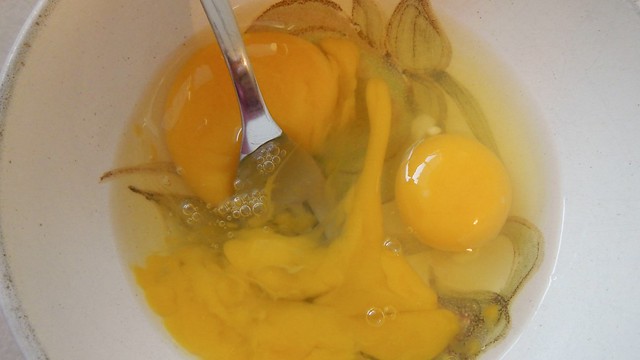 Pour the eggs into the stuff you made and mix it around. 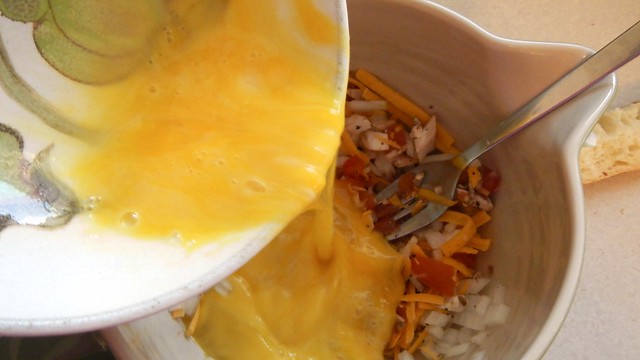 Spray a baking sheet or dish and plop the bread onto the dish. Then scoop all your eggy stuff carefully into the baguette hole. 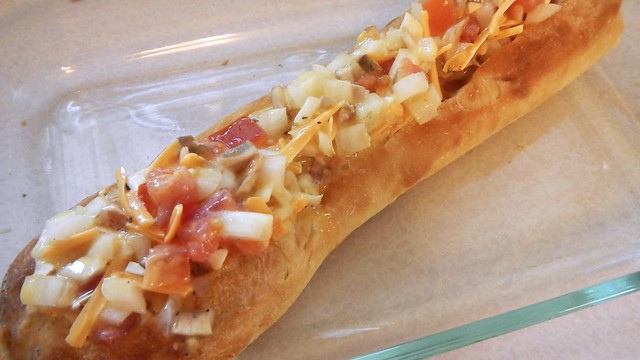 Grate some more cheese on top. 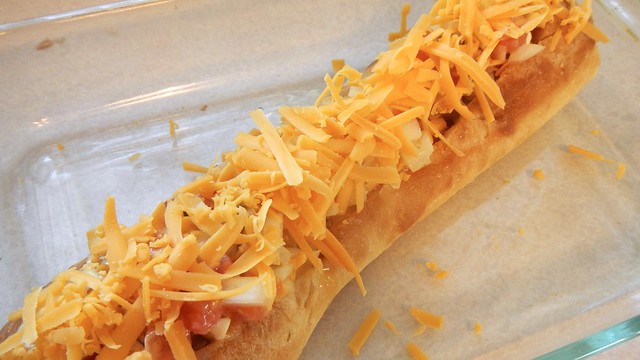 Bake for about 45 minutes until the egg is fully cooked. 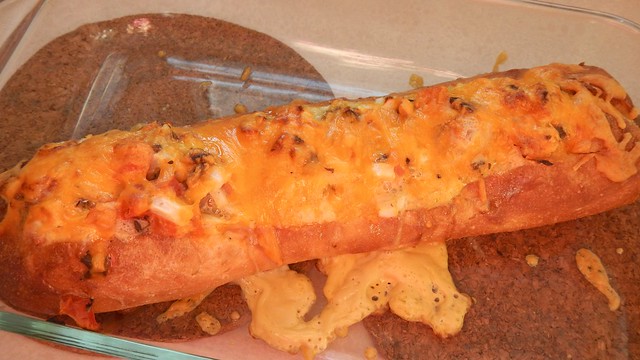 Slice ‘er up and serve it hot! 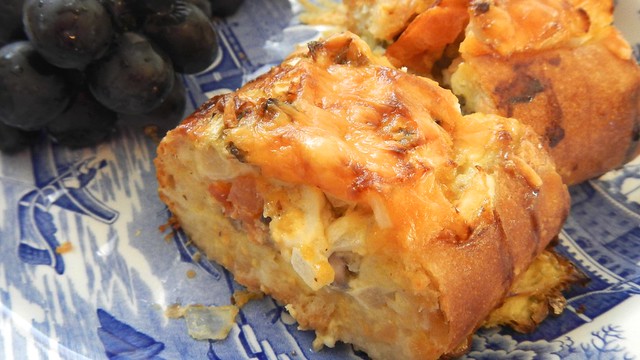