Papa John and Mrs. Nice got us a beautiful giant Excalibur food dehydrator for Christmas this year, and we were so excited to use it that we could barely wait before we were fully unpacked to crack it open and start it up. It was super easy to put together and came with not one but TWO instruction booklets, which are also really easy to use. And having one gave me an excuse to pick up a new mandoline slicer and apple corer so I can make apple chips whenever I want. Which is right now. 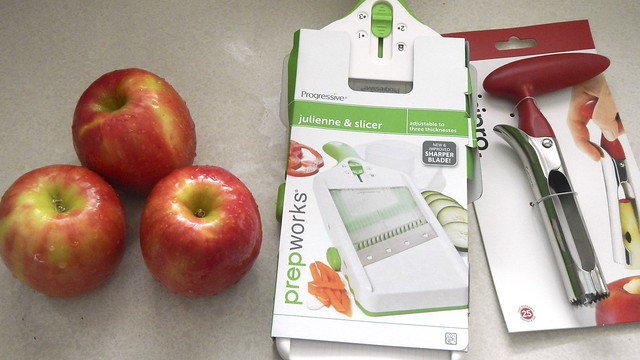 The corer, which I picked up from Amazon, was deceptively easy to use, and cleans really easily. 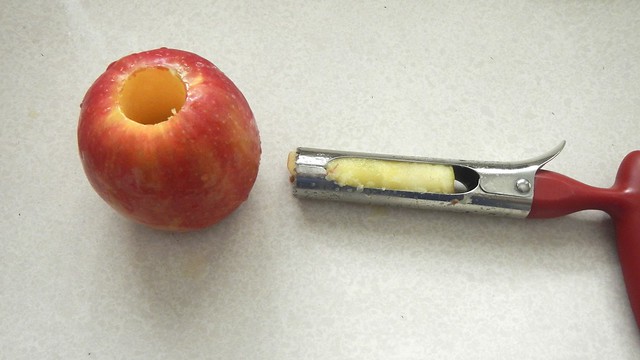 The mandoline is also easy, and super sharp. And also from Amazon. 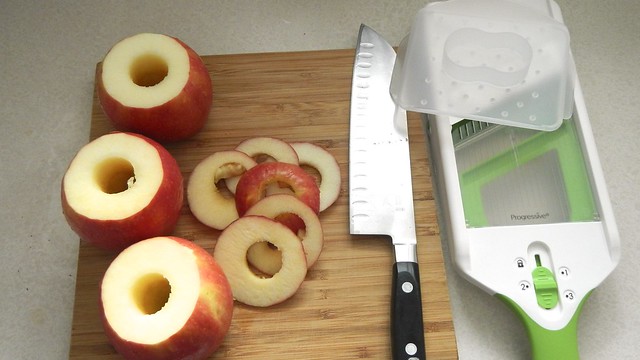 For the first go-round in the dehydrator we stuck with plain apples, sliced about 1/8″ thick. 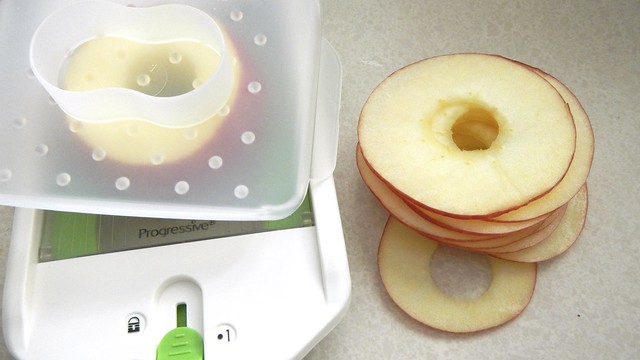 I kind of wanted to play ring toss with these things. 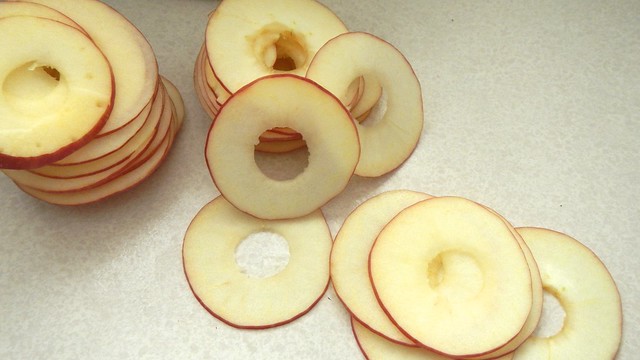 Instead I spread them evenly over one of the many dehydrator trays. 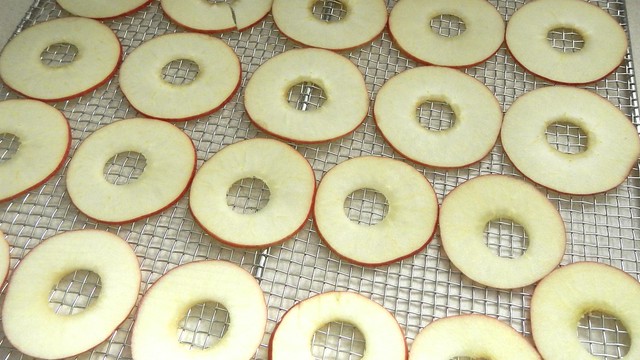 I’m actually now keeping a small spray bottle filled with lemon juice in the fridge for spraying on fruit to prevent oxidation. You can also get some kind of bisulfide something-or-other but I haven’t quite gotten around to getting that yet. 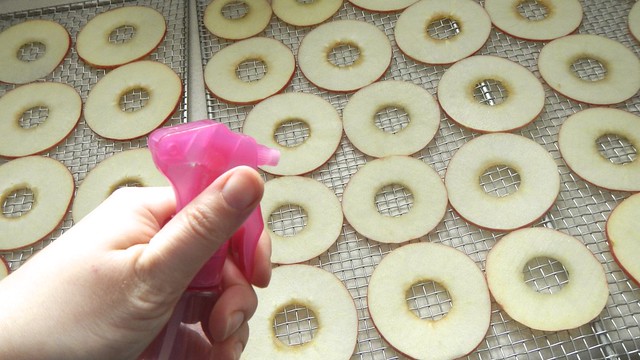 Then you shove it in the dehydrator … 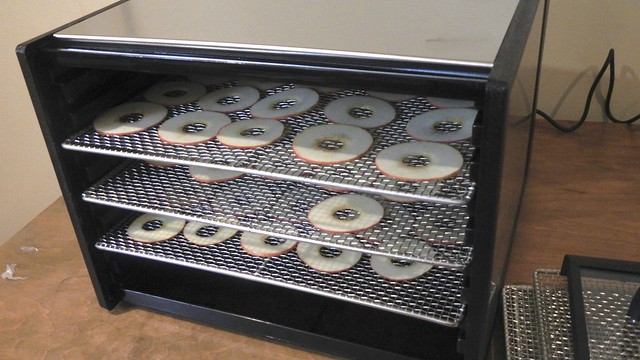 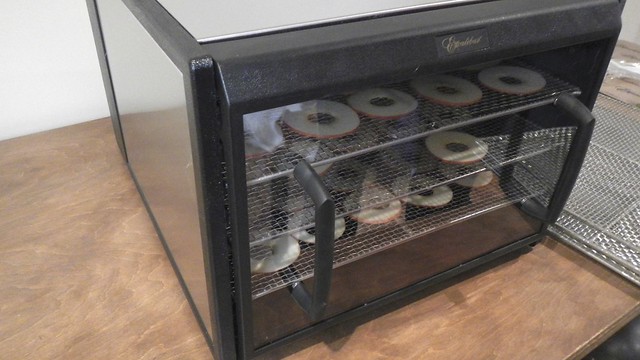 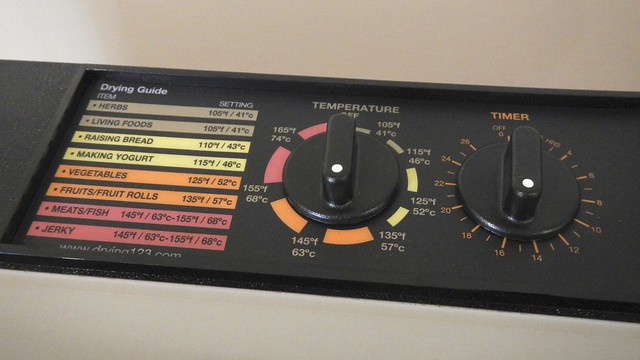 The machine turns off on its own which is awesome. So I came down the next day to these piles of tart and delicious gorgeousness. 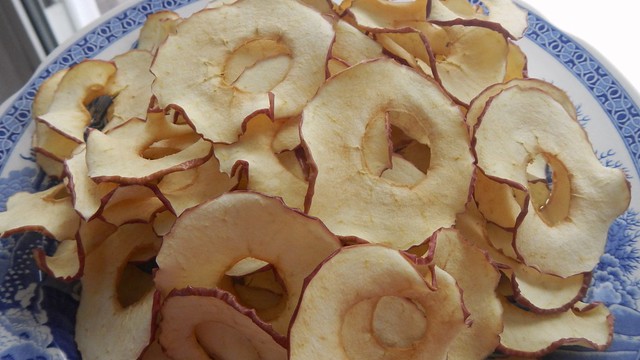 All you need to do is pack them loosely in an airtight container for a couple days so that the remaining moisture evenly distributes itself throughout the batch. Then you can do whatever you want with them. 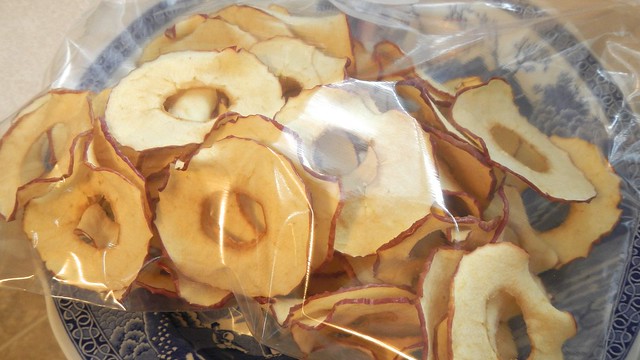 So the next day I tried bananas. 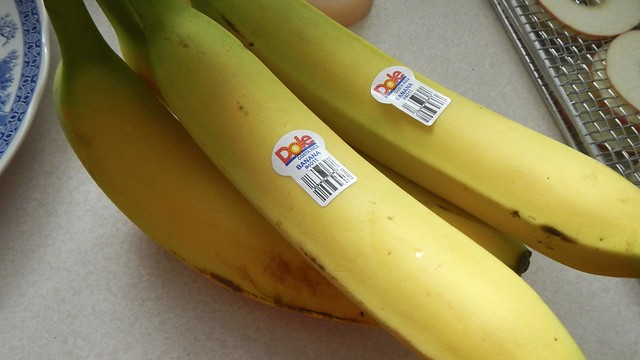 These also were sliced about 1/8″ thick. 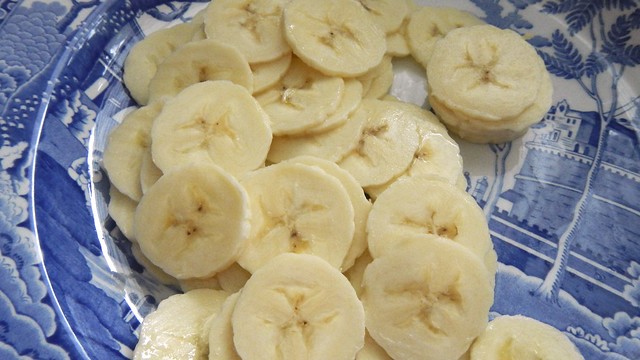 And they take about 6 hours. They’re still in there now or I would give you an update. 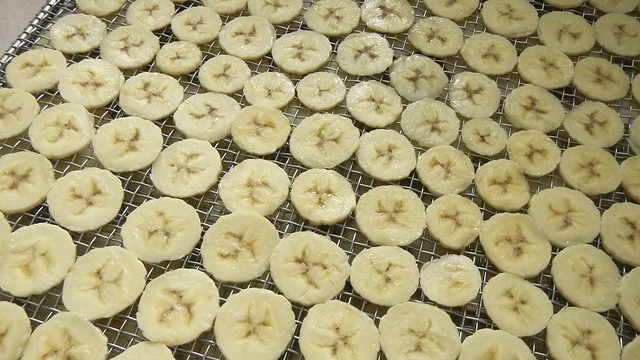 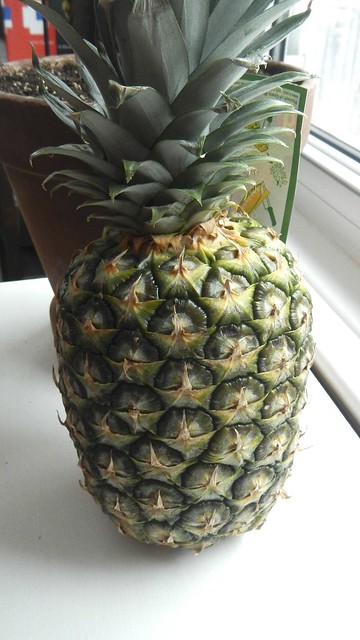 13 thoughts on “Our New Food Dehydrator”