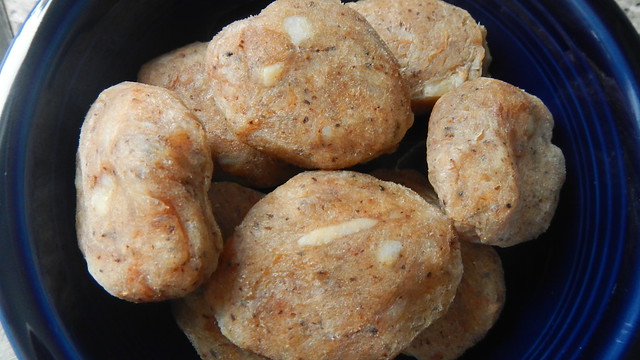 This isn’t real, legit hand-milling of soap. If you want to do that, go here. But if you end up with all sorts of wee bits of soap that are too small to use without feeling ridiculous, and you feel silly wasting them, then this post is for you. 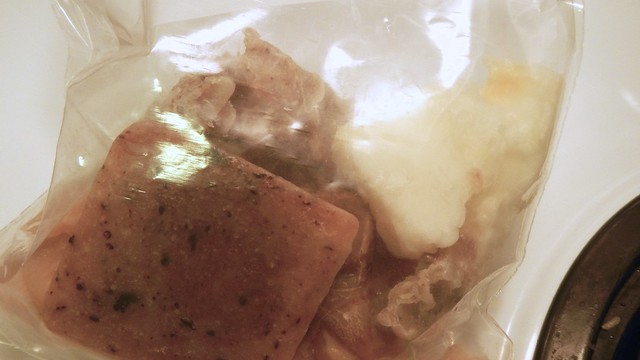 These are all sorts of weird little bits that I had leftover, actually, from when I made real soap from scratch last winter. None of them is big enough or shaped well enough to use like an actual bar of soap, but I was loath to get rid of them considering I’d put so much effort into making the soap in the first place. And especially seeing as I gave every single bar away and had none for myself. 😦 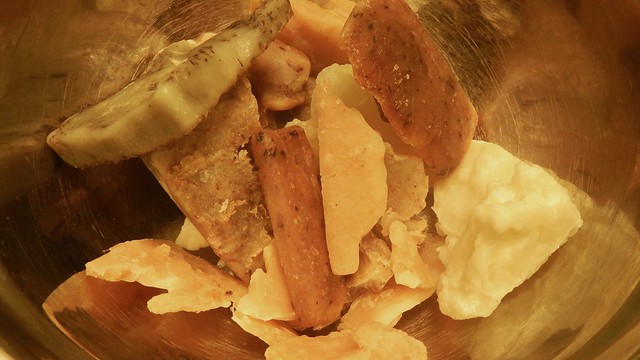 So the first thing you need to do is take all your soaplets (that’s what I’m calling the wee baby soap slivers) and grate them finely. It’s actually not as hard as you might think. This particular soap is pretty soft but I’m sure you could grate a commercial bar up in no time at all. And once soap has fully cured it’s not toxic (or at least, I don’t buy soap that IS toxic), so this is my regular cheese grater and I just shoved it in the dishwasher when I was done. 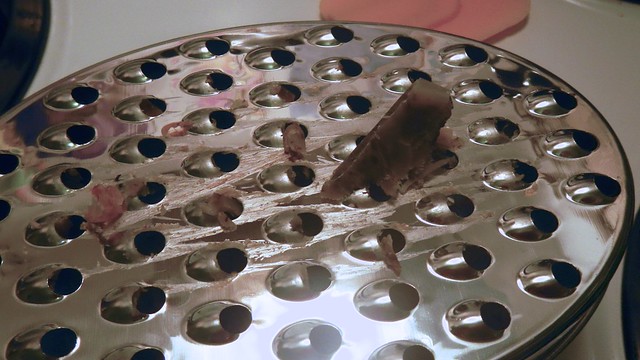 Plop those gratings into a bowl over a pot of simmering water. 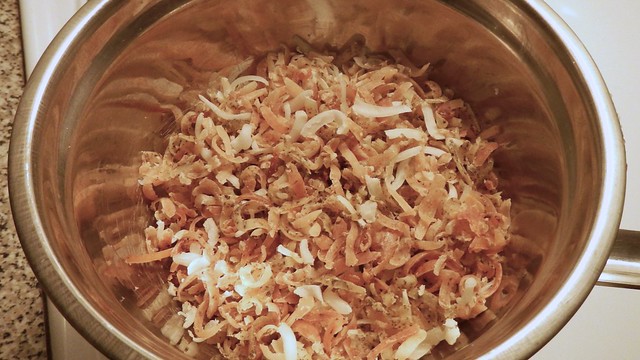 I found that my gratings did nothing until I added a wee bit of water to the pot. 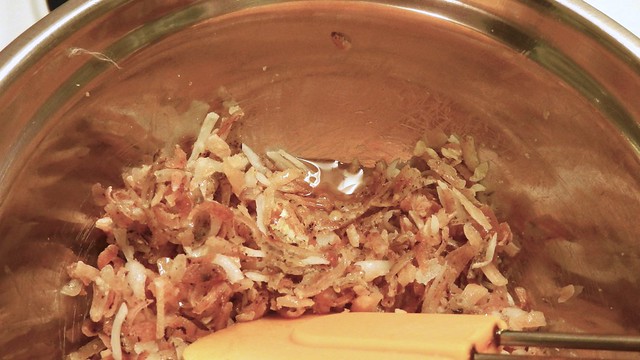 And then I got some melting going on. 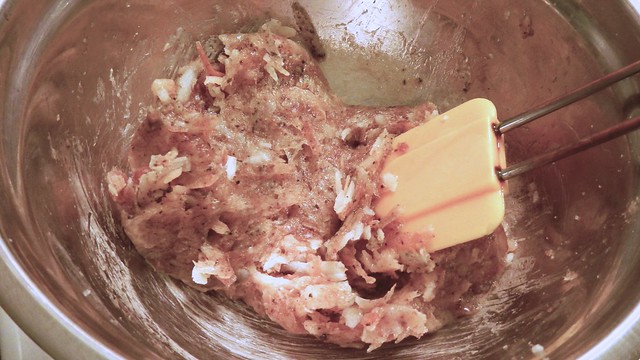 It’s never going to get to that fully liquid state, but I got most things all squishy and stuck together. Then you can drain off the water. 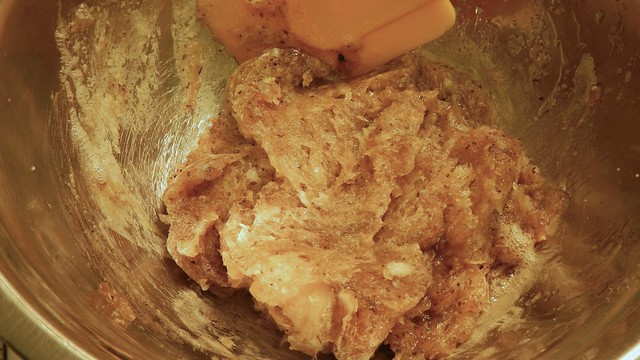 For distribution I stuffed the soap goo into this silicone tray overnight. It won’t cure completely in here because it needs air on all sides. 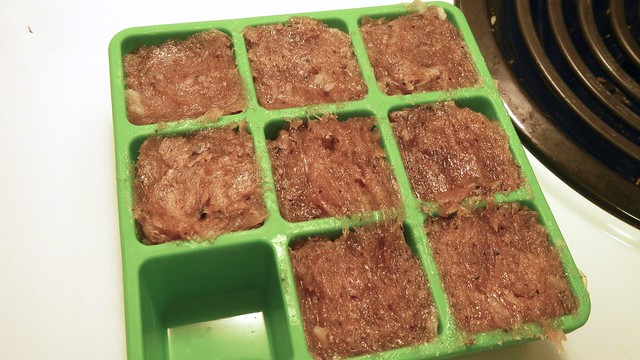 But the next day it’s a little harder and easier to deal with so you can pop it out. 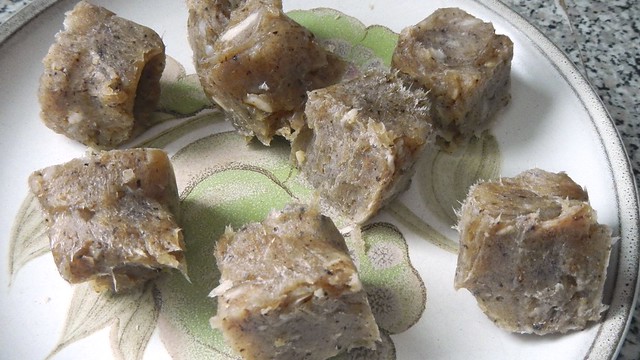 It’s still pretty mushy so I just flattened mine into vaguely pebble-shaped pieces. Then I put this plate in a cupboard for a week. 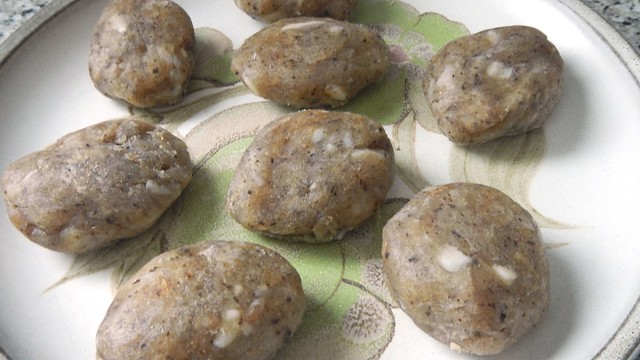 After a week, the pebbles are much harder (though it’s still a relatively soft soap because those are the kinds of soaps I made). 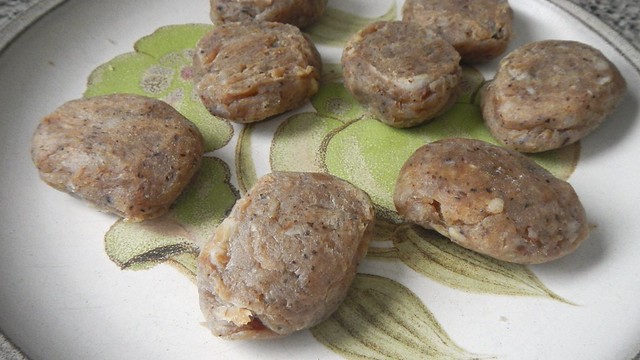 But they make a nice little decorative guest soap kind of thing. Like little detergent-y geological gems. I think they look a lot like a sandstone conglomerate, so I think all my rock hound friends will appreciate the texture. 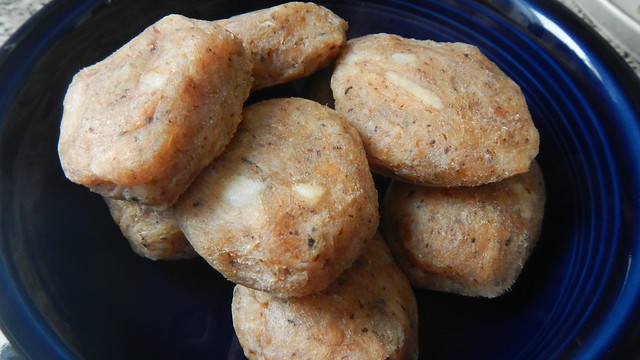