So there’s a certain giant mega-corporation coffee chain near our office. I’m sure you know the one – it has a fishy logo. Because it’s the only place near our office, we go there ALL THE TIME. And I’m kind of in love with their giant ginger molasses cookies. But they’re a million dollars and I just KNOW that the reason they’re so chewy and amazing is because they’re filled with all sorts of ick. And there’s probably some form of addictive substance in them (other than sugar, I mean), because I don’t even LIKE cookies and I can’t resist these. And I just found out TWO DAYS AGO that the place near work has discontinued the darned things. 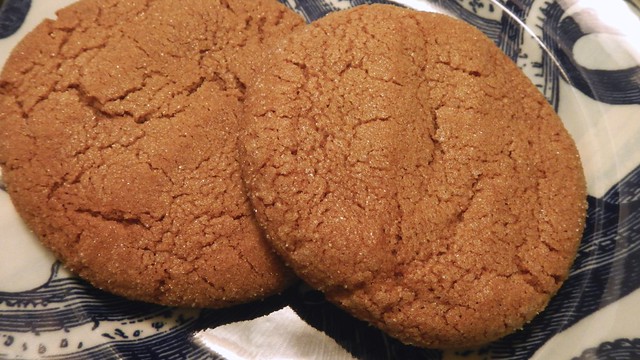 So it’s been a quest of mine to re-create the recipe on my own. Turns out I’m not the only one who has tried. Most of the recipes I found seem to be taken from the same source and have mostly the same ingredients, so I picked this one from Food.com. Forgive my crappy photos – it’s a weeknight in the winter in Canada so it’s dark. Start by preheating your oven to 375°F and line two large baking sheets with parchment paper. Then grab your ingredients. 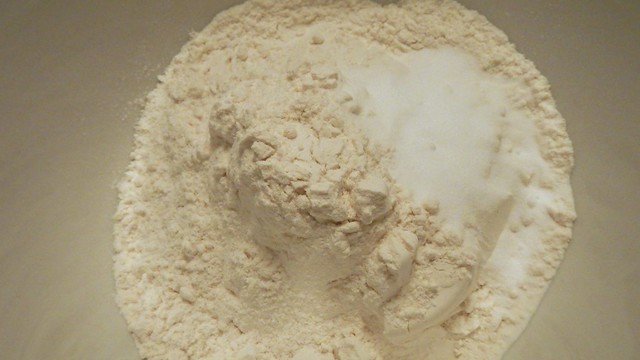 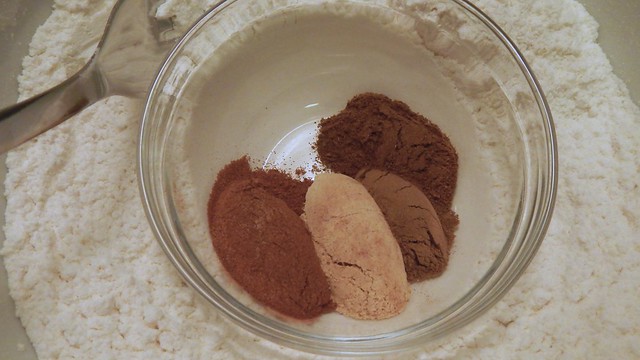 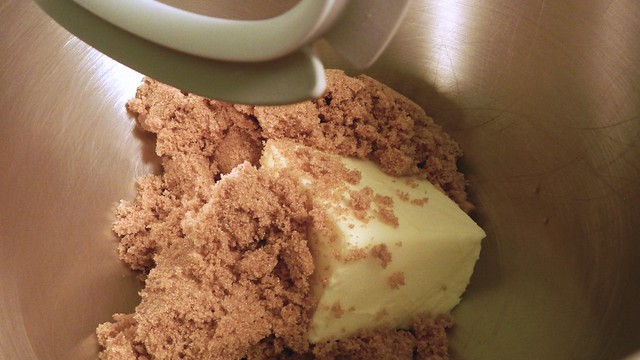 Scrape down the mixing paddle and the sides of the bowl and crack in 1 large egg. Pour in as well 1/4 cup regular unsulphured molasses. I used fancy grade molasses, because that seems to be what you can get in Canada. Not sure what the difference is. 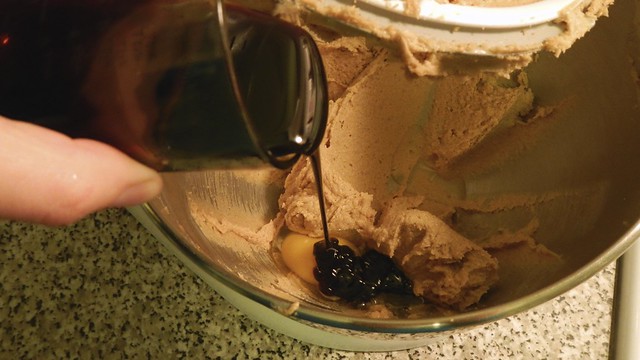 Give that a good beating until it’s smooth. 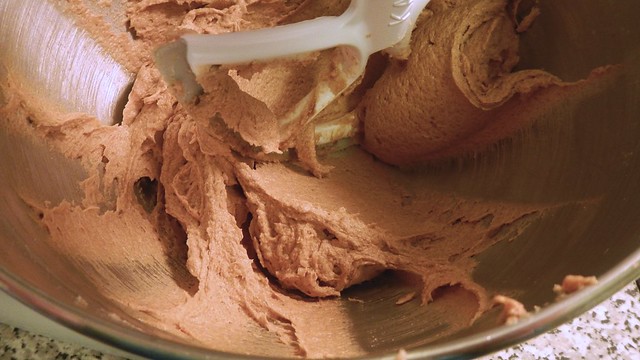 Now, slowly add in your flour mixture while beating on low speed. Keep mixing until the dough forms a cohesive mass – it’ll be super thick and you’ll have to scrape things down occasionally to ensure good mixage. 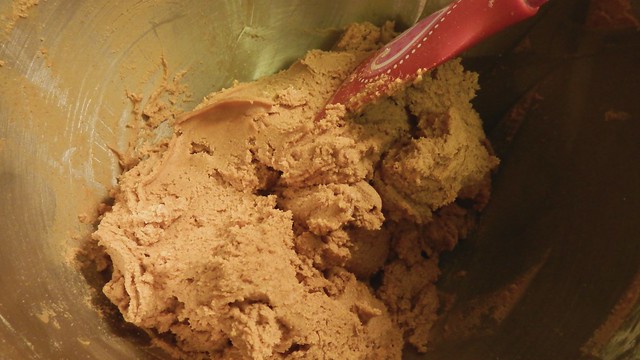 Now grab your cookie dough, and your baking sheets, and a shallow dish or plate. Tip about 1/3 cup granulated sugar onto the plate and spread it around. Scoop out 1/4 cup of the dough (I’m not kidding, these things are huge), roll it into a ball, and roll it in the granulated sugar before placing it on the baking sheet. 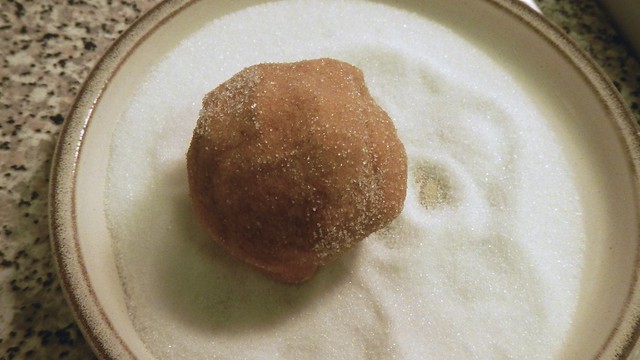 Do that five more times for the first sheet, spacing them far apart (they spread). Do the other six on the other baking sheet (yeah, this recipe only makes 12. If you’re not insane and you’d like a smaller cookie go ahead and do that). 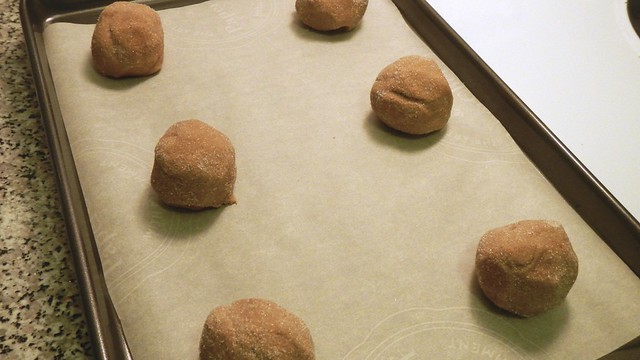 Next, wet your fingers and press down on each cookie ball to flatten it slightly and dampen the sugar coating. Shove one baking sheet in the fridge and the other in the oven. 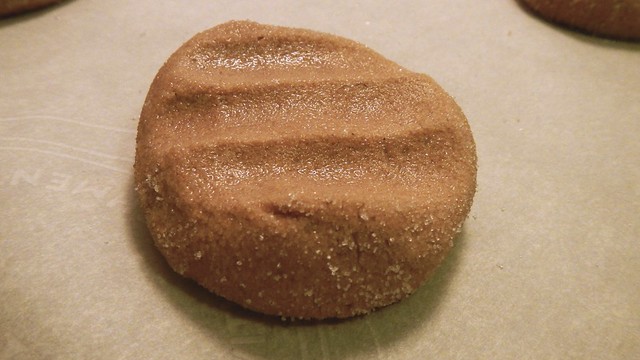 Bake each sheet, one at a time, for 12 minutes, rotating halfway through, or until the cookie is an even brown and is mostly solid in the middle. Let those giant suckers cool on the baking sheet. 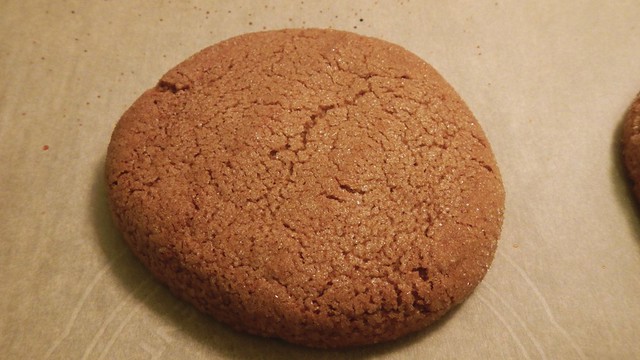 I’m not sure if they’re *quite* the recipe I was looking for – I might add more ginger and more molasses (or maybe my ginger is just a little old). But they’re really good nonetheless! 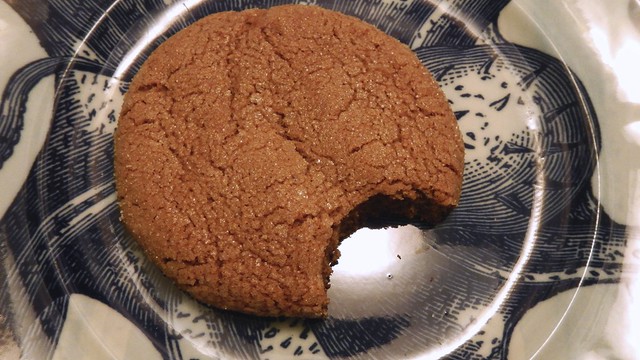