I’ve been traveling so much recently that I haven’t had a whole lot of time for making stuff around the house – I have no idea how I’m going to make Christmas presents this year … Anyway, two weeks ago, I went to Indiana for the first time. This time around, I didn’t get to spend any time in the capital city of Indianapolis, so hopefully I’ll get to go back sometime because I hear it’s nice. They certainly like their cars.

Goodbye, Indiana, you roundabout-loving, football-watching Speedway of a state. I had a good time! #gocolts #iloveindy

Just on the edge of the American Midwest and right on the cusp of the central/eastern time zone border, Indiana is flat, temperate, and quite pretty. The town I was staying in, Carmel, is a suburb of Indianapolis and is pretty much dead center in the middle of the state. The reason I stayed in Carmel is because the town I was working in, Sheridan, is too small to contain a hotel. 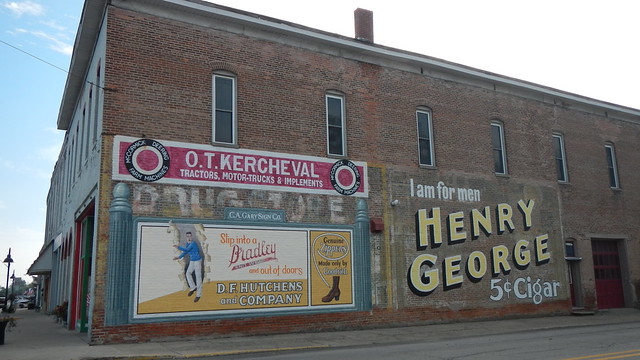 Wikipedia says the population of Sheridan is nearly 3000, but when I was there it felt a lot closer to 300. It also felt like a movie set; being one of those quintessentially American small towns you see all over the silver screen.

I had to drive into the town every morning from the suburbs on tiny narrow roads with no shoulder to pull over and corn fields as far as you can see … except that it was so foggy in the mornings that I couldn’t see much past the first row of corn … and I had to take each road at 55mph so I wasn’t really looking … I would have liked to have stopped and taken a picture because it was so delightfully eerie, but safety wouldn’t allow it. In Sheridan, the movie set simply changed from horror film in the morning to all-American rom-com in the afternoon.

My Newfoundland friends will appreciate the some t'ick fog we're experiencing this morning. Visibility was down to less than 1/4 mile on the roads. #smalltownusa

Sheridan’s an old town, and it’s full of some absolutely beautiful architecture: 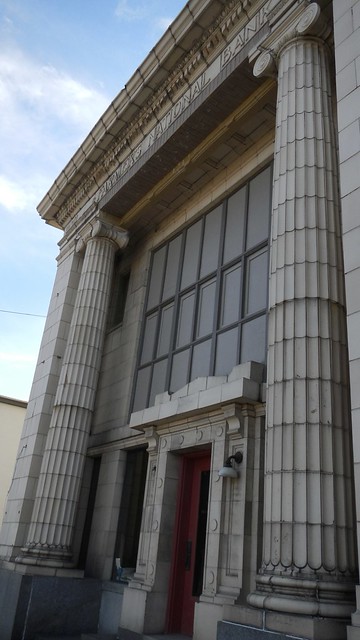 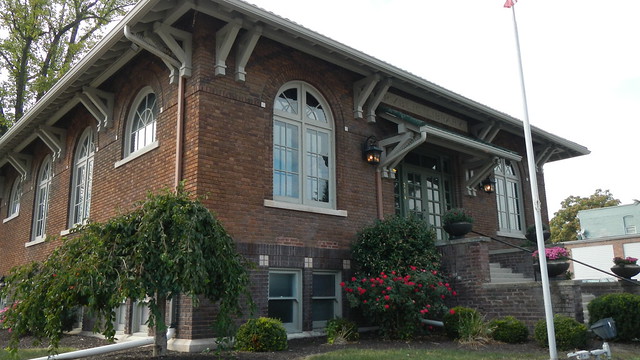 I got to work in an old bank for the week, and they kept the old vaults in place (“for locking up bad workers” they joked). 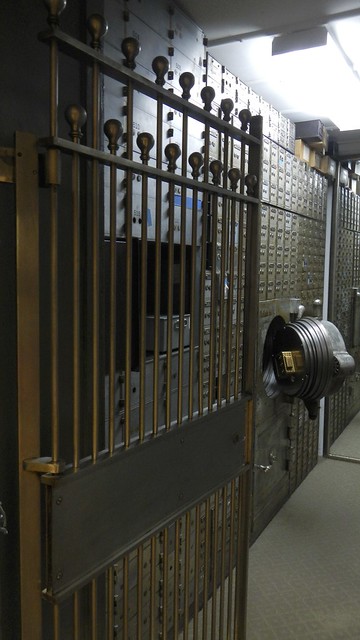 And I was told that two years’ previous, there had been another beautiful old building just across the street, but that it had caught fire and actually collapsed into the building where I was working.

They were still fixing the brick work while I was there, which meant that no matter where I parked my white rental in the morning, by the afternoon it was a nice rosy pink. 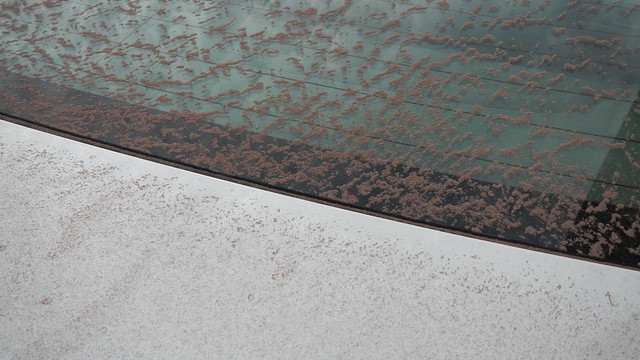 Carmel is a bit bigger, a little more quaint, and wayyyy more organized. I think it has the highest density of traffic circles (roundabouts for you non-Americans) in the US. I certainly went through about twenty of them every morning on my way to work. It’s a highly planned city and also highly suburbanized, so everything is very clean. Even the drainage ditches are pretty.

Although rather oddly laid out, Carmel Indiana has some serious prettiness going for it in the drainage ditch department. #carmelindiana

There are some interesting things about Carmel, specifically the Arts & Design District, which was where I stayed:

There’s a portion of sidewalk that was clearly laid during the fall because it’s full of leaf impressions like this one. 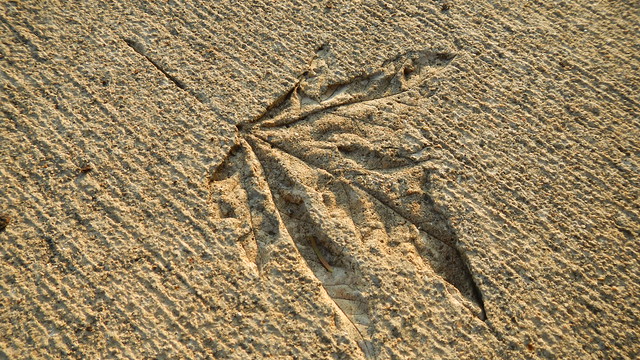 Bushes in abandoned parking lots blast country music in the dark. I’m not even kidding. 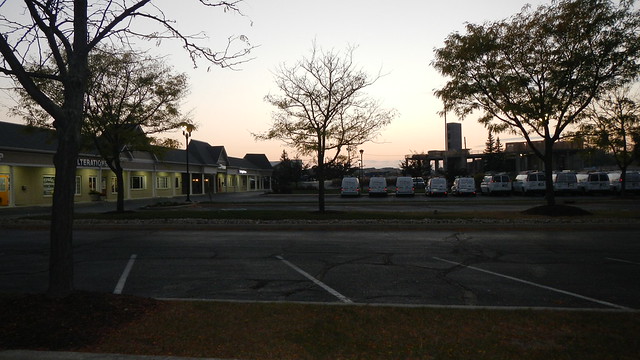 The place is ever-expanding with more and more beautifully laid out and completely identical developments. 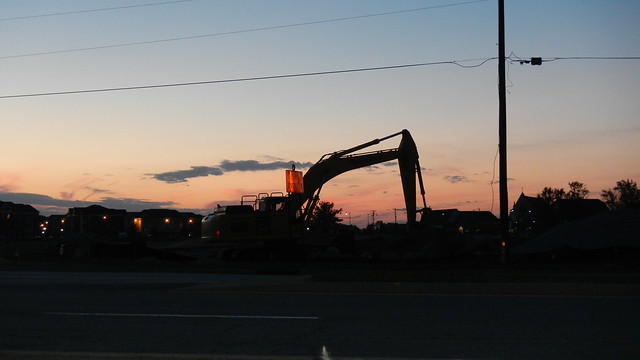 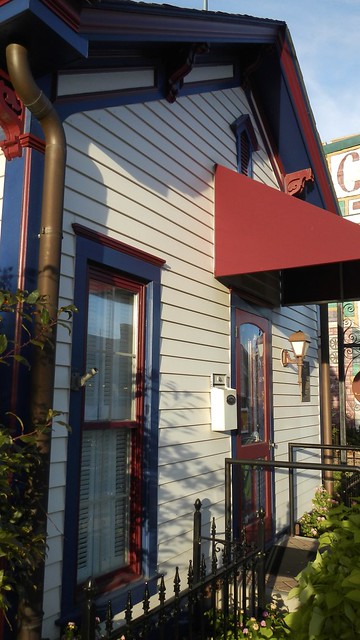 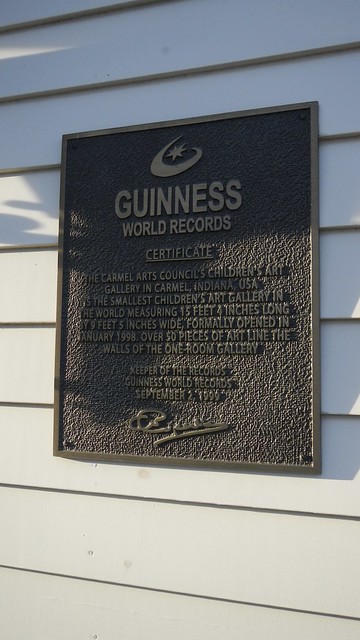 And a museum of doll houses (which was never open when I was free). 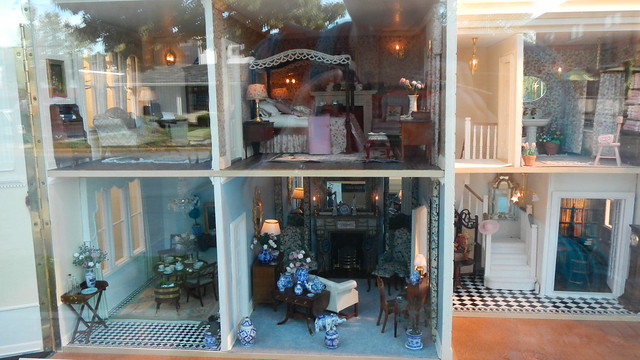 And an absolutely delightful collection of odd and whimsical characters dotting the main street.

If you happen to be somewhere around Hamilton County any time soon, pop in and say hi for me.

5 thoughts on “My Adventures in Small Town USA”