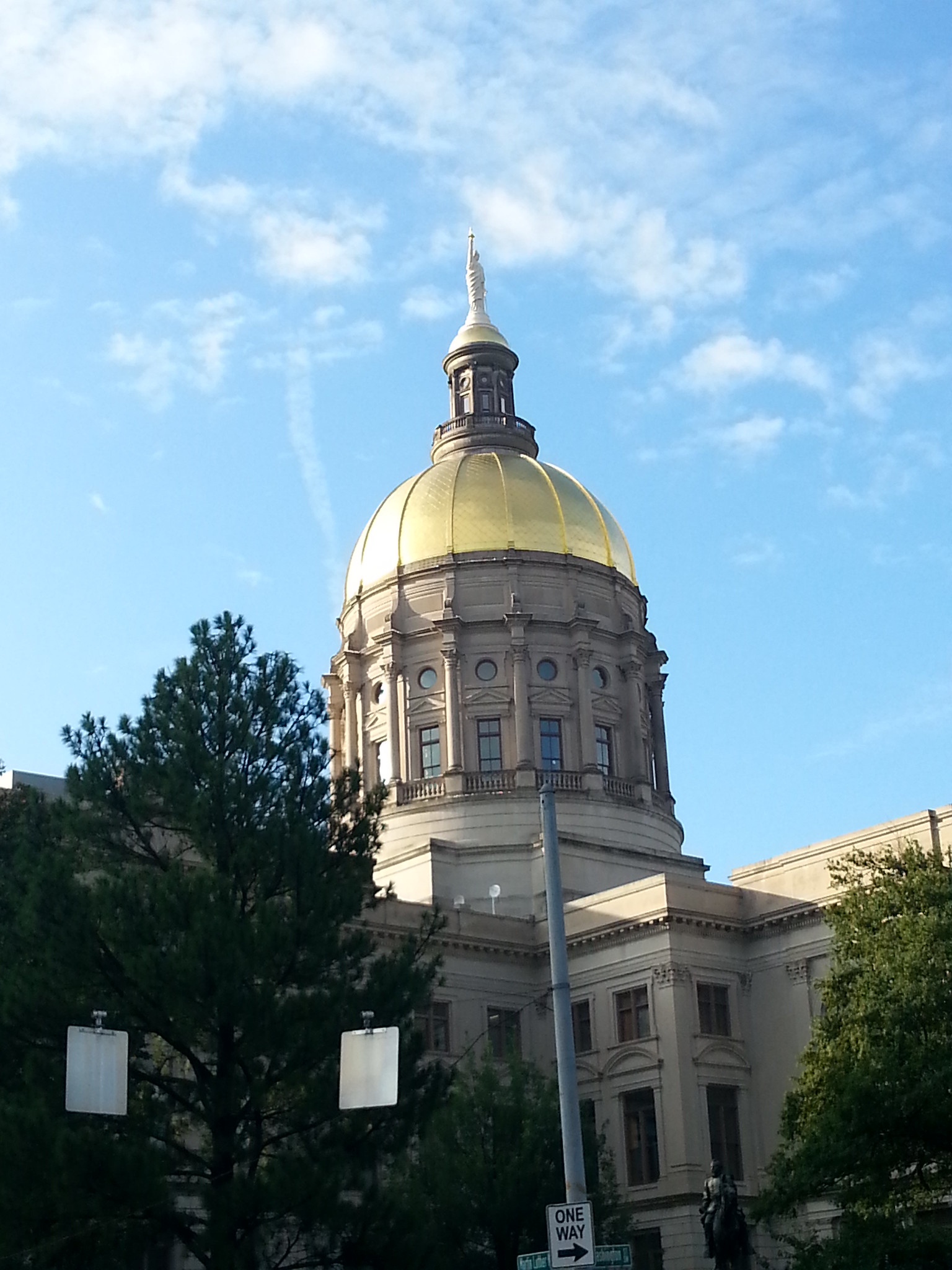 Part of my job entails traveling around Canada and the United States to teach people how to use the custom software we make. I’m usually gone at least one week a month, sometimes two. Most of the time I end up in Toronto, for some reason (and other than hanging out with my squishee Chel I’m not a huge fan of the city). Or I end up in places that would be nice if I weren’t there at that particular time. Like when I went to Winnipeg. In February. 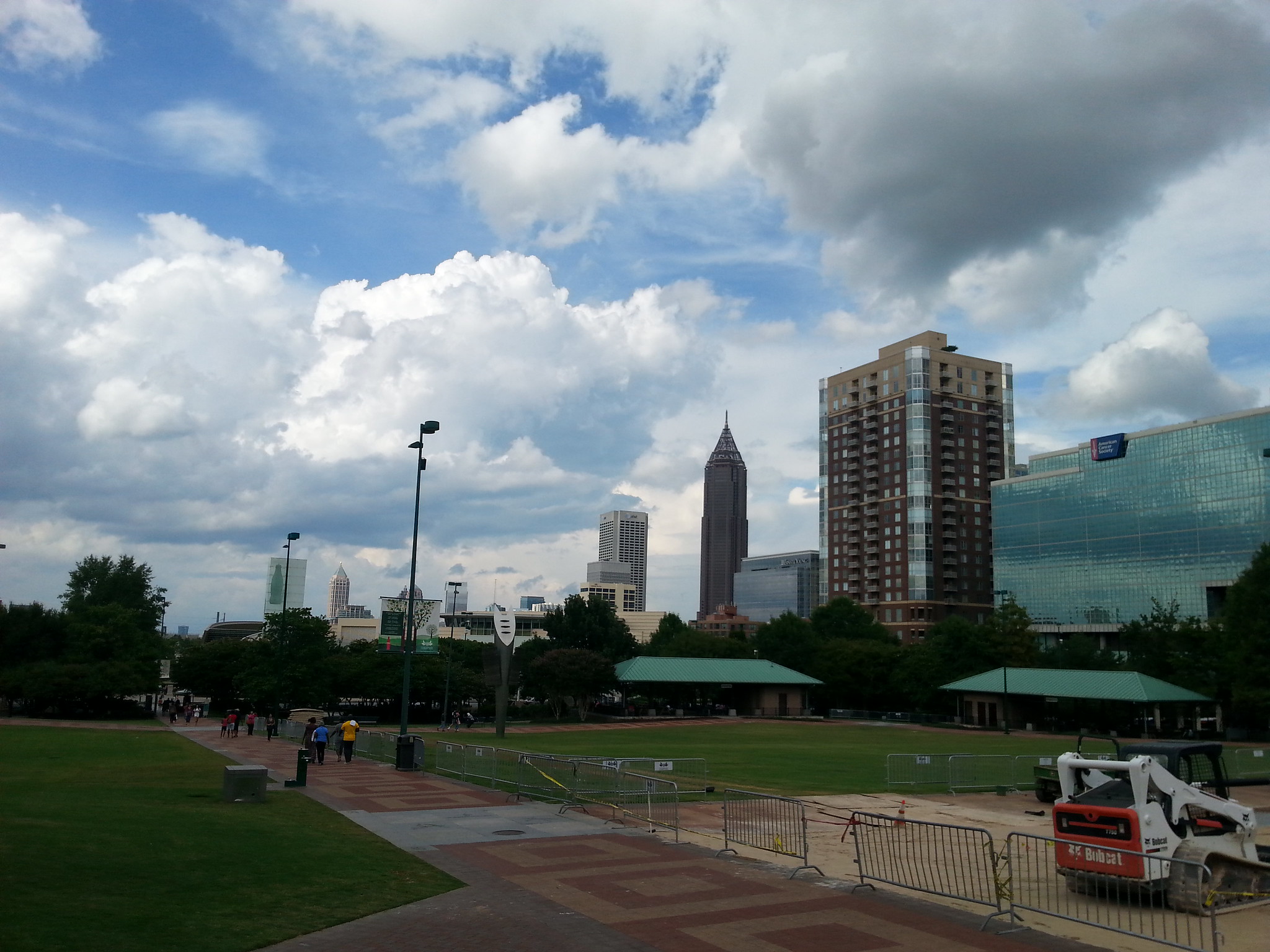 Or Atlanta, in August. If you follow me on instagram you may have seen a daily photo diary I posted while I was there, but I thought I’d fill you in a bit more on the trip. If I’m traveling more, then I can’t be cooking and crafting so you’ll just have to get me as tour guide instead sometimes. 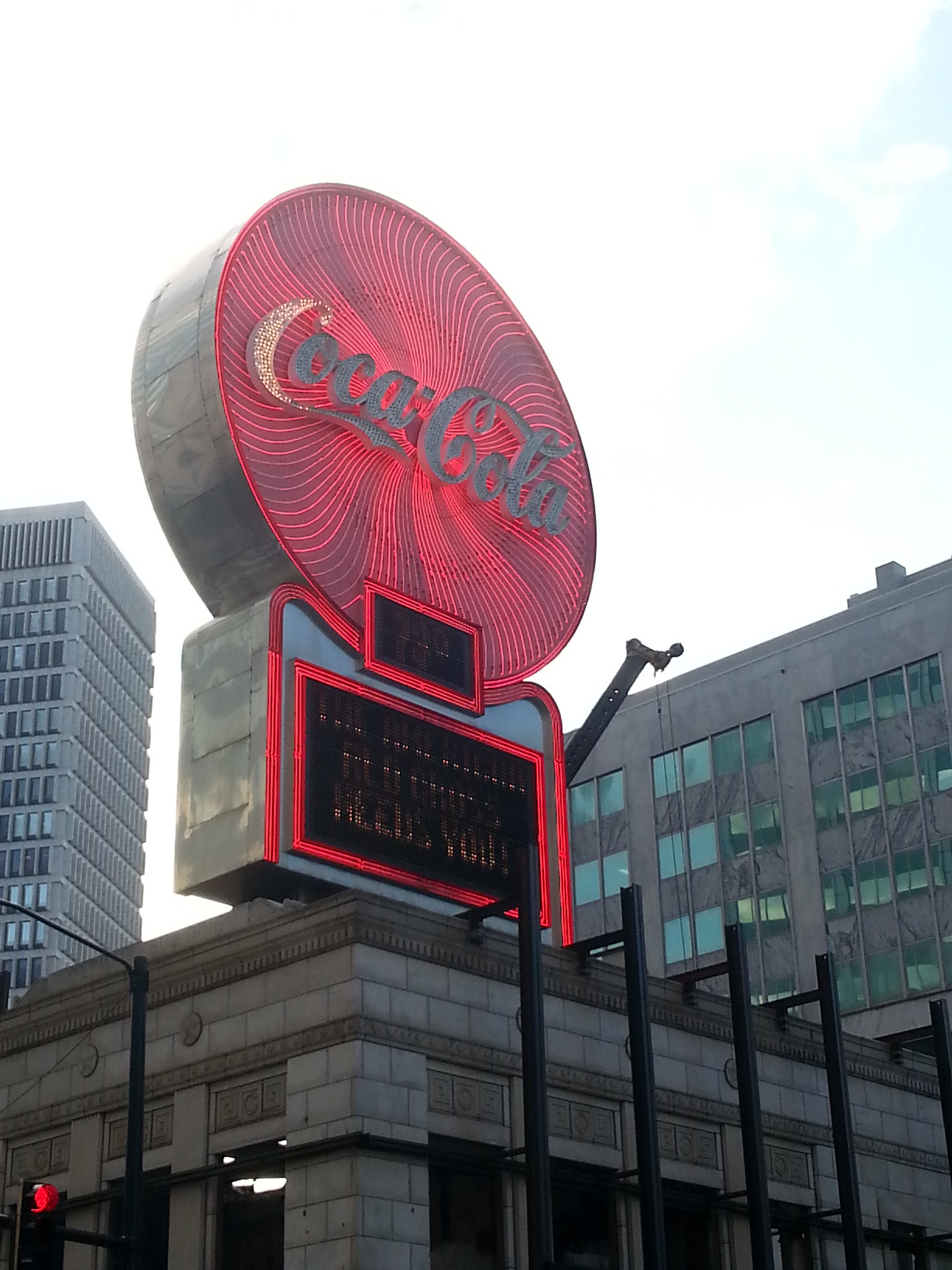 Anyway, I went to Atlanta in the last week of August. I thought about posting this back then but I got busy and you know how stuff like this happens … 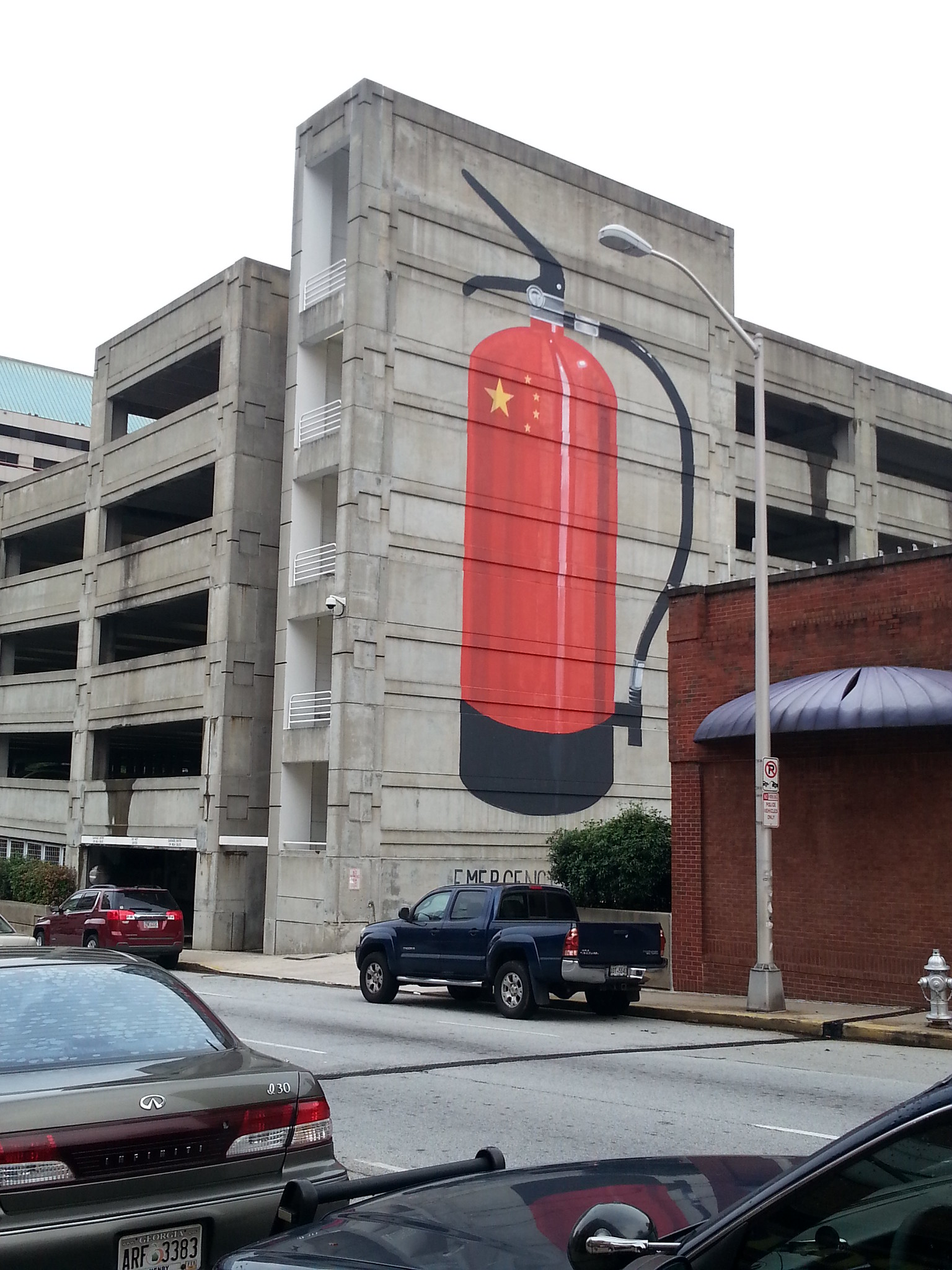 If you’re not used to southern American climates, I wouldn’t recommend going to Atlanta in August. Every day I was there, it was 100% humidity with lows of about 29°C and highs of 35°C. I spent much of my day sweating while traveling between air-conditioned locations. And every night it rained. Like, FLOODED. I had to learn how to un-soak my shoes with my hotel hairdryer. Every night. 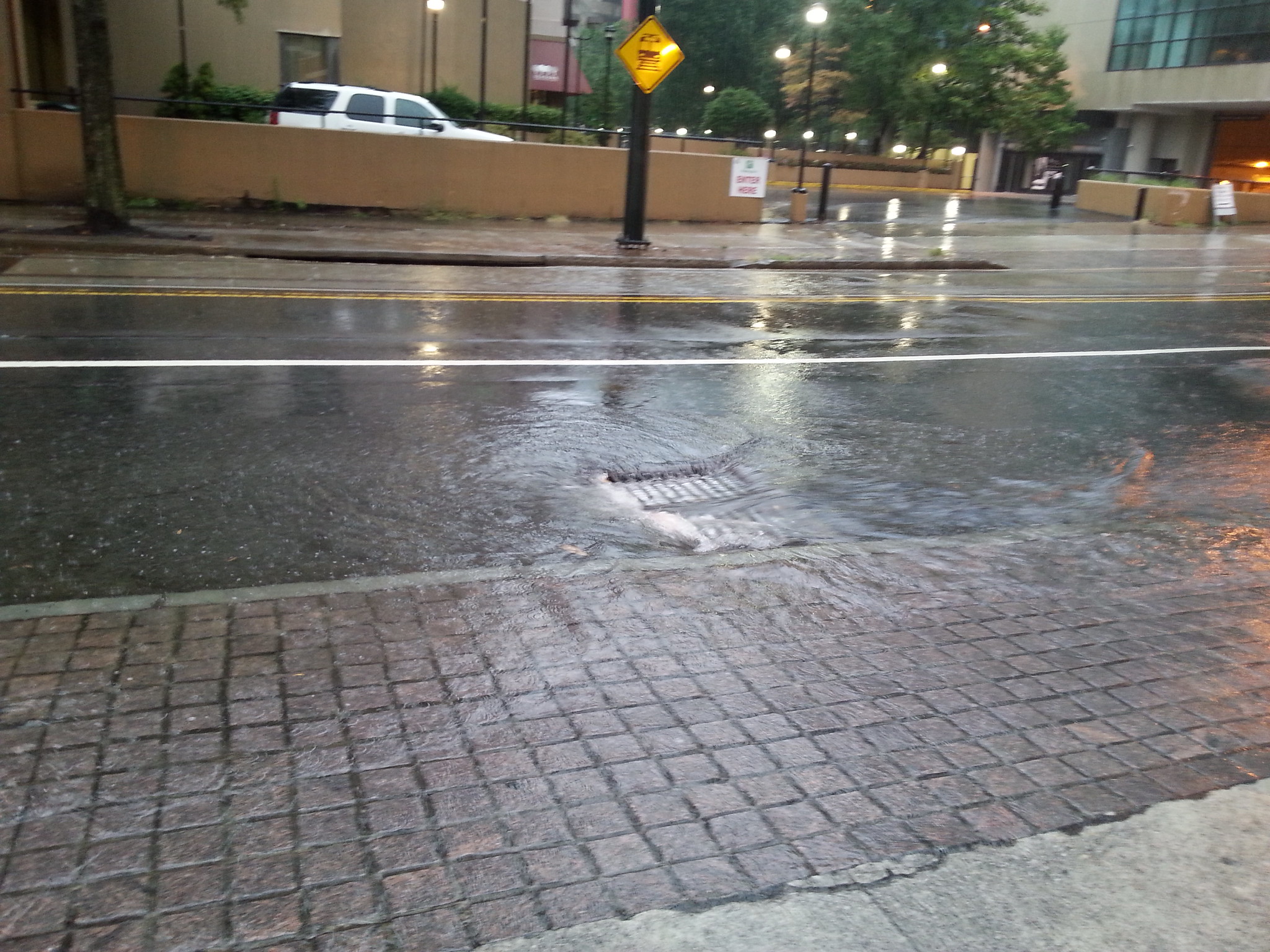 But Atlanta (at least, the downtown area where I stayed), is a very interesting city. To give you a bit of background, all the architecture within the central city limits is all new. Atlanta, a railroad town, was invaded during the American Civil War in 1864 and they burned down EVERYTHING. So Atlantans don’t have a huge attachment to historical architecture, and the modernistic style that has taken over much of the downtown core makes me feel a little bit like I’m walking through some dystopian film set. I was working in the Capital Hill area so most of the buildings I passed every day looked like this. 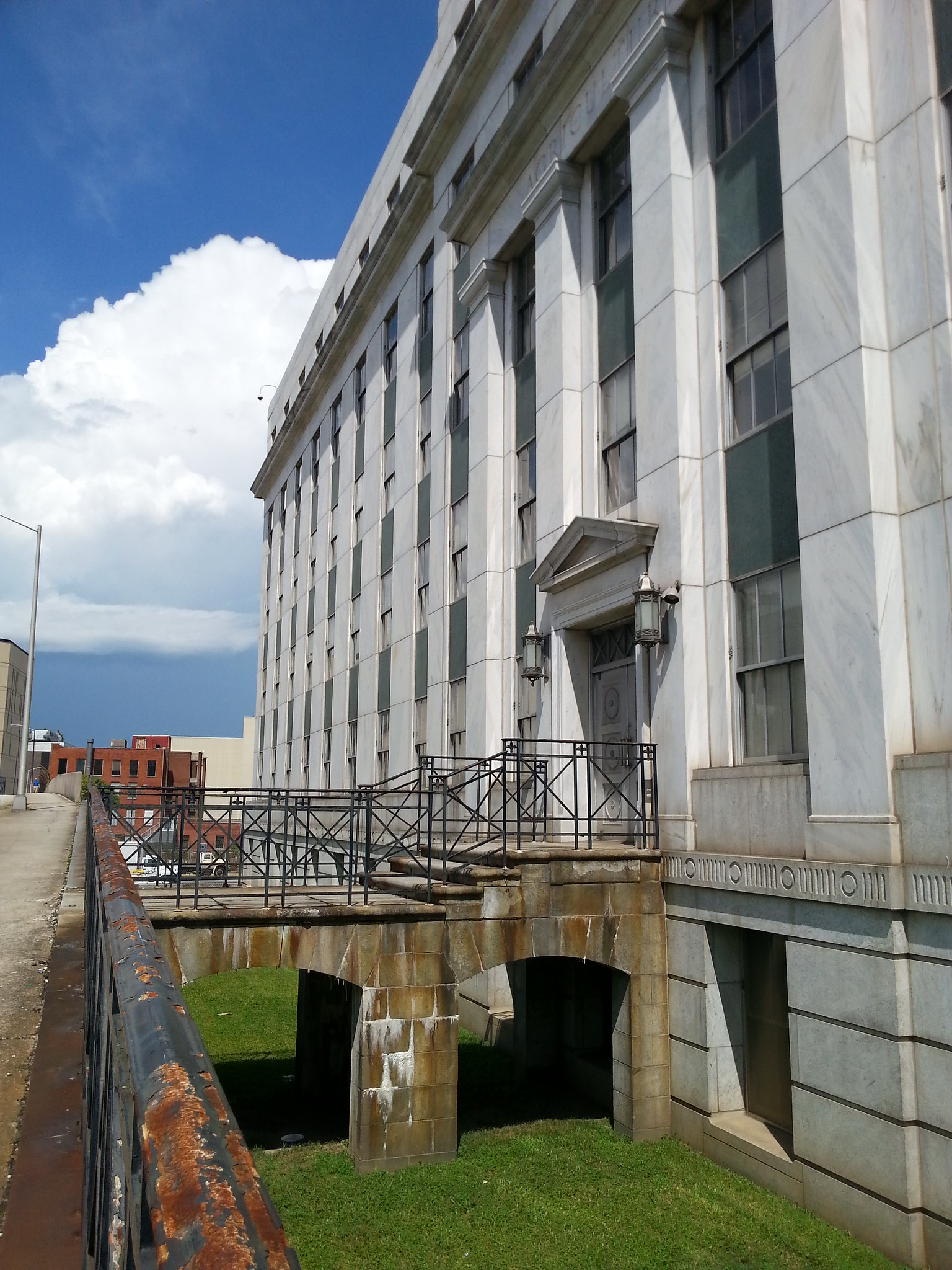 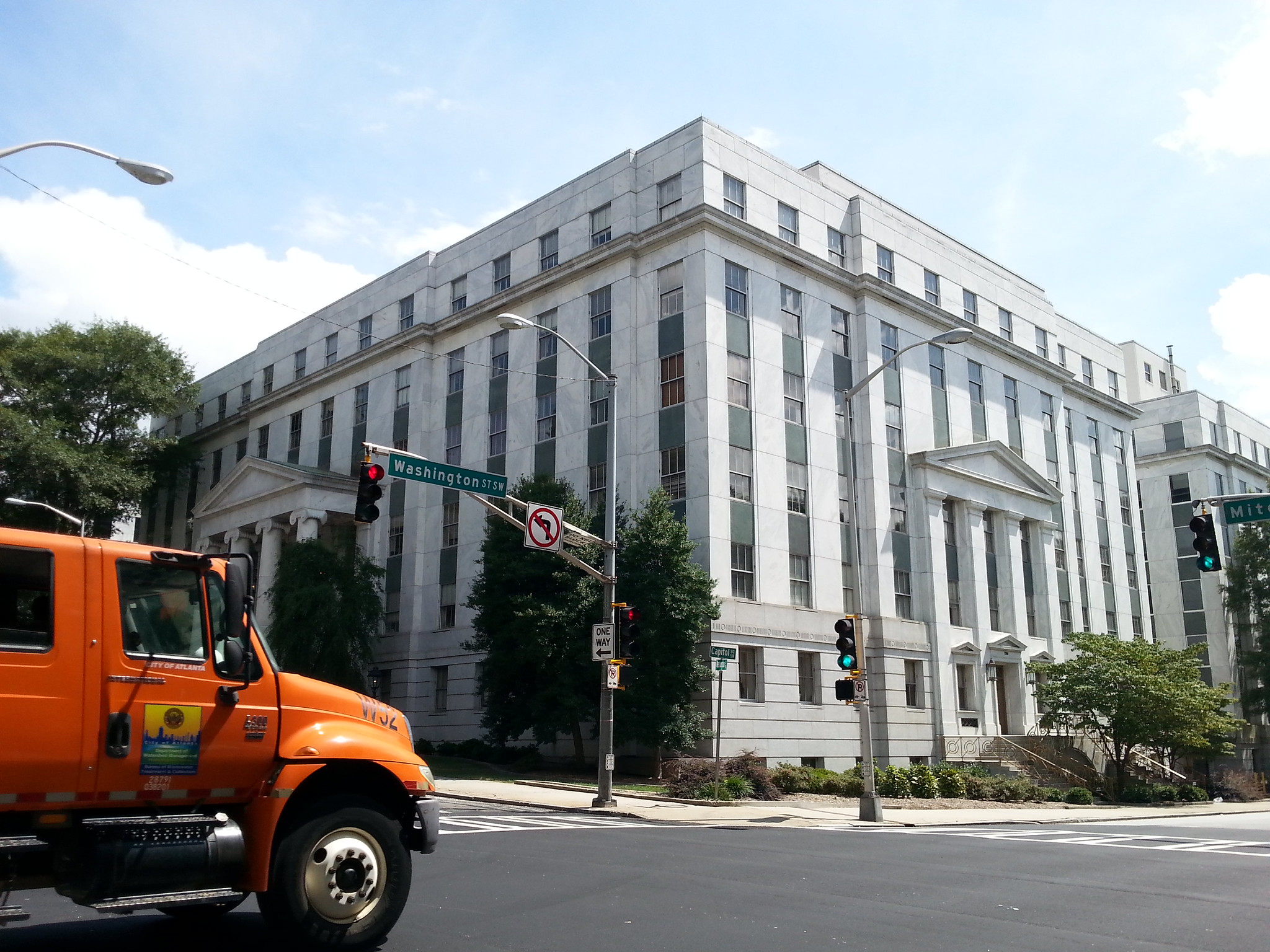 I would hang out with Jimmy Carter in the mornings and check my email before going to work. 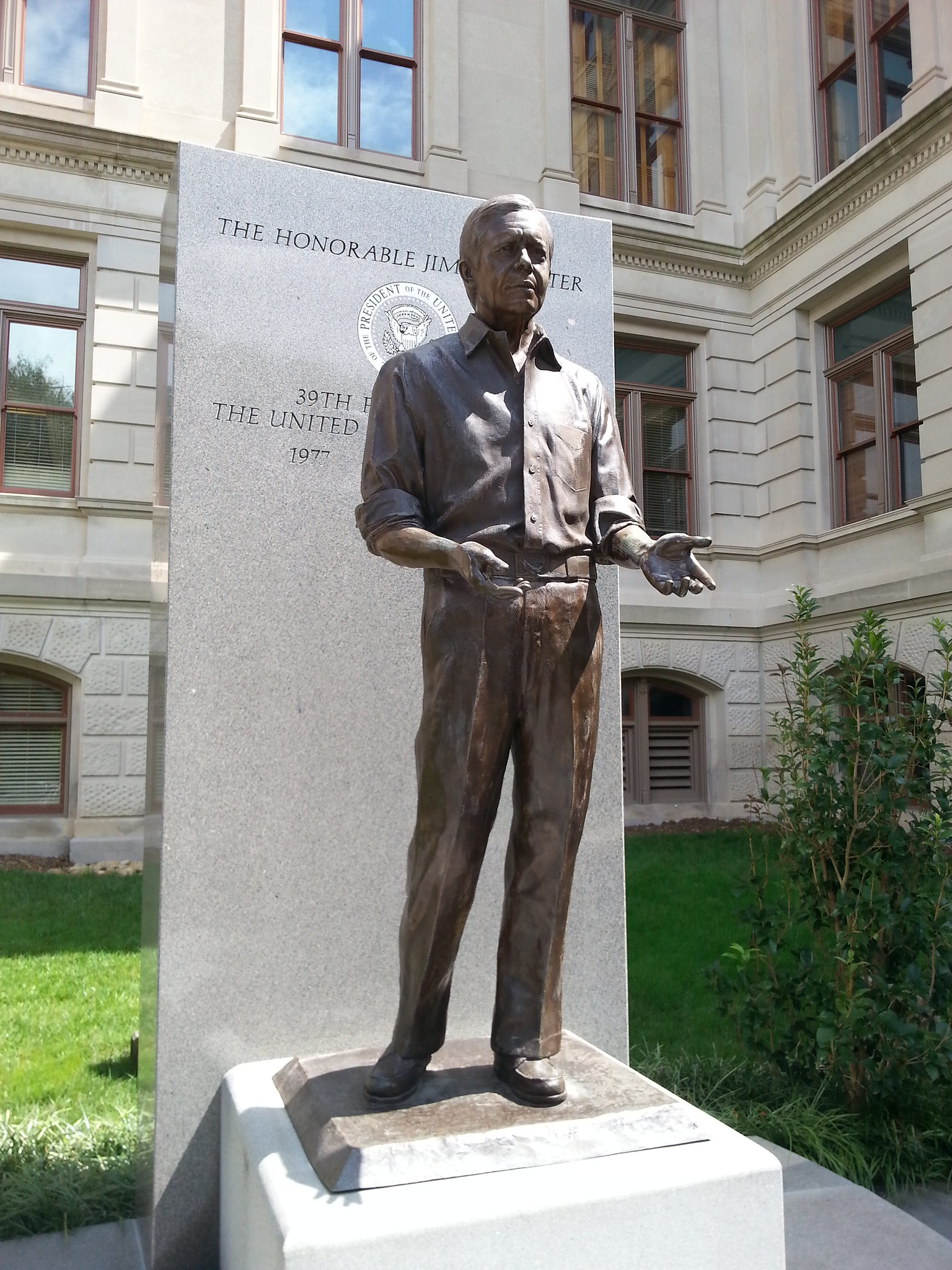 I never notice all the big grandstanding touristy things. The stuff I notice when I travel is all little. Like this tiny mosaic embedded in a sidewalk. 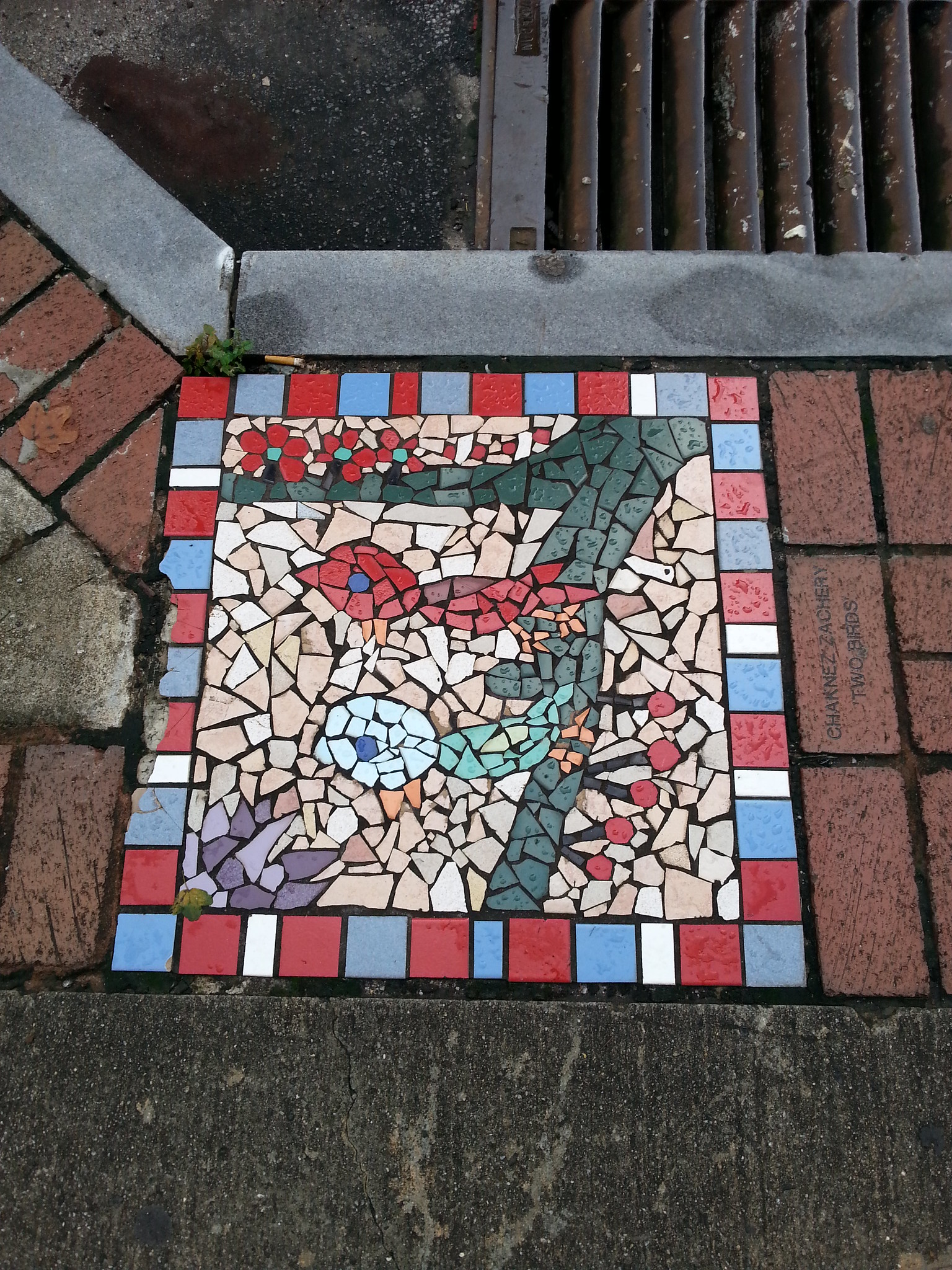 And the fact that all the shrubbery is holly. ALL OF IT. I’m used to just seeing this stuff at Christmas. 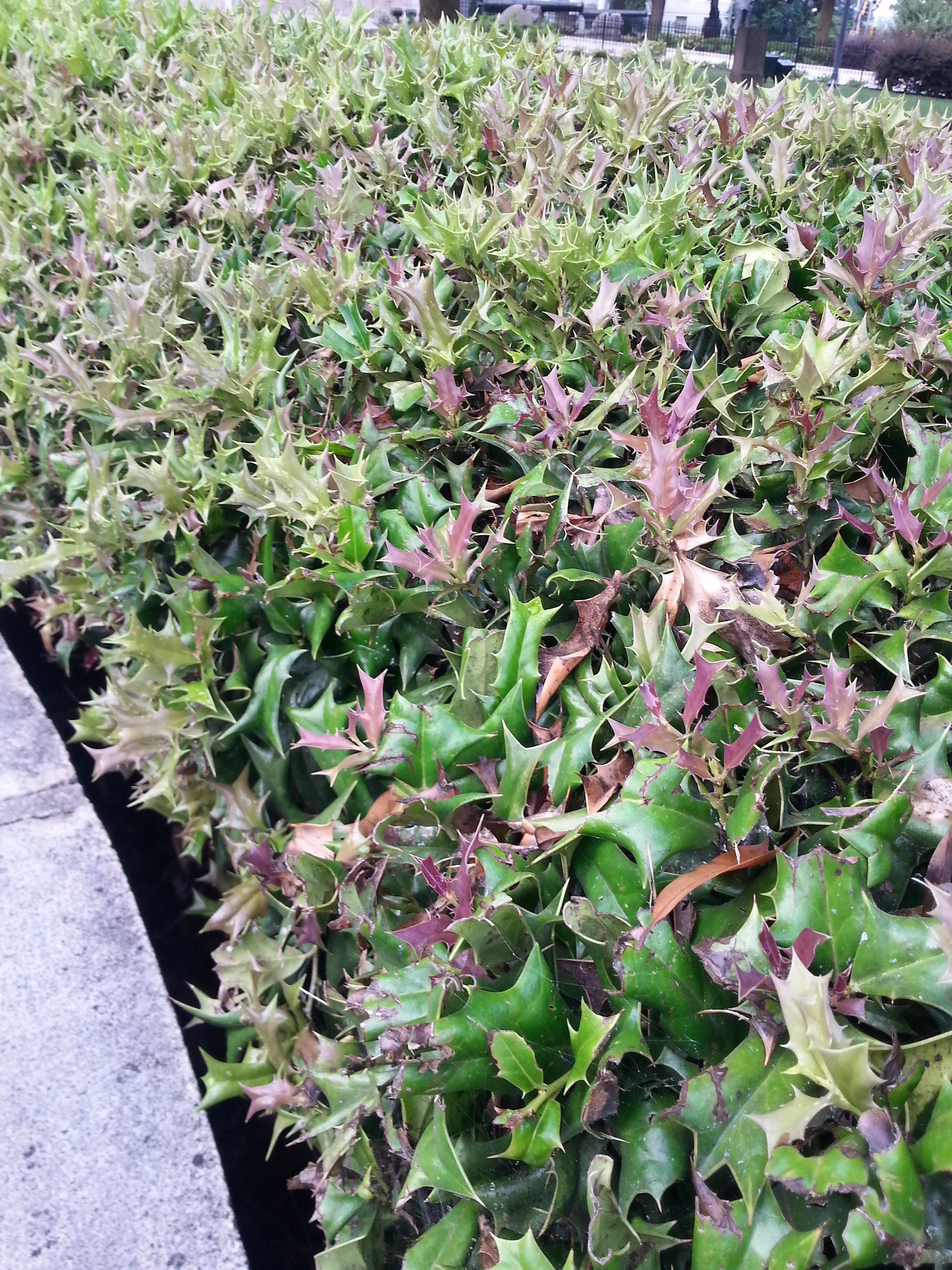 This 9/11 tribute really struck me. 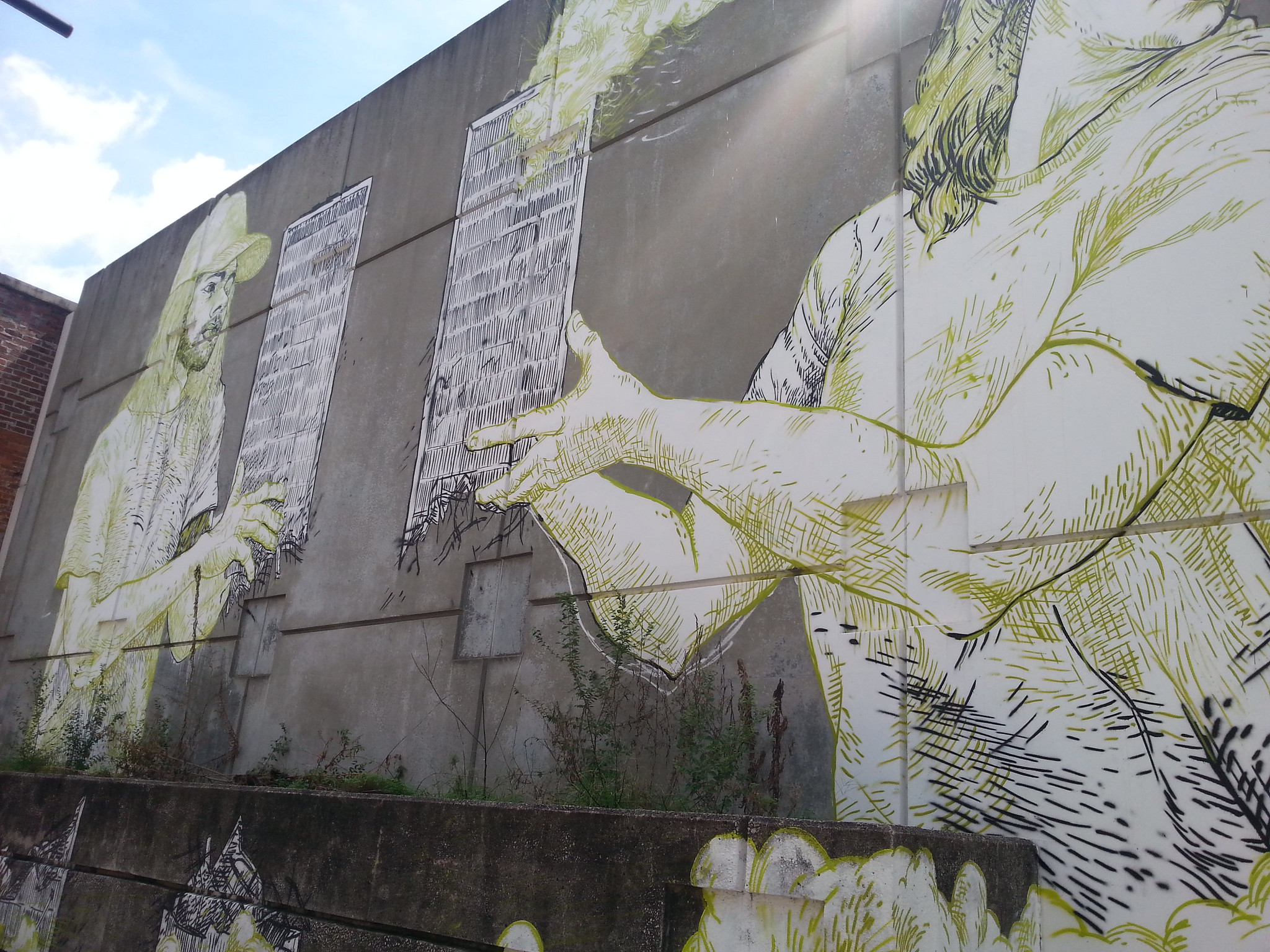 I went to the Georgia Aquarium as well. I did think that some of the tanks looked a little small for the size and amount of animals in them, but the displays were cool. 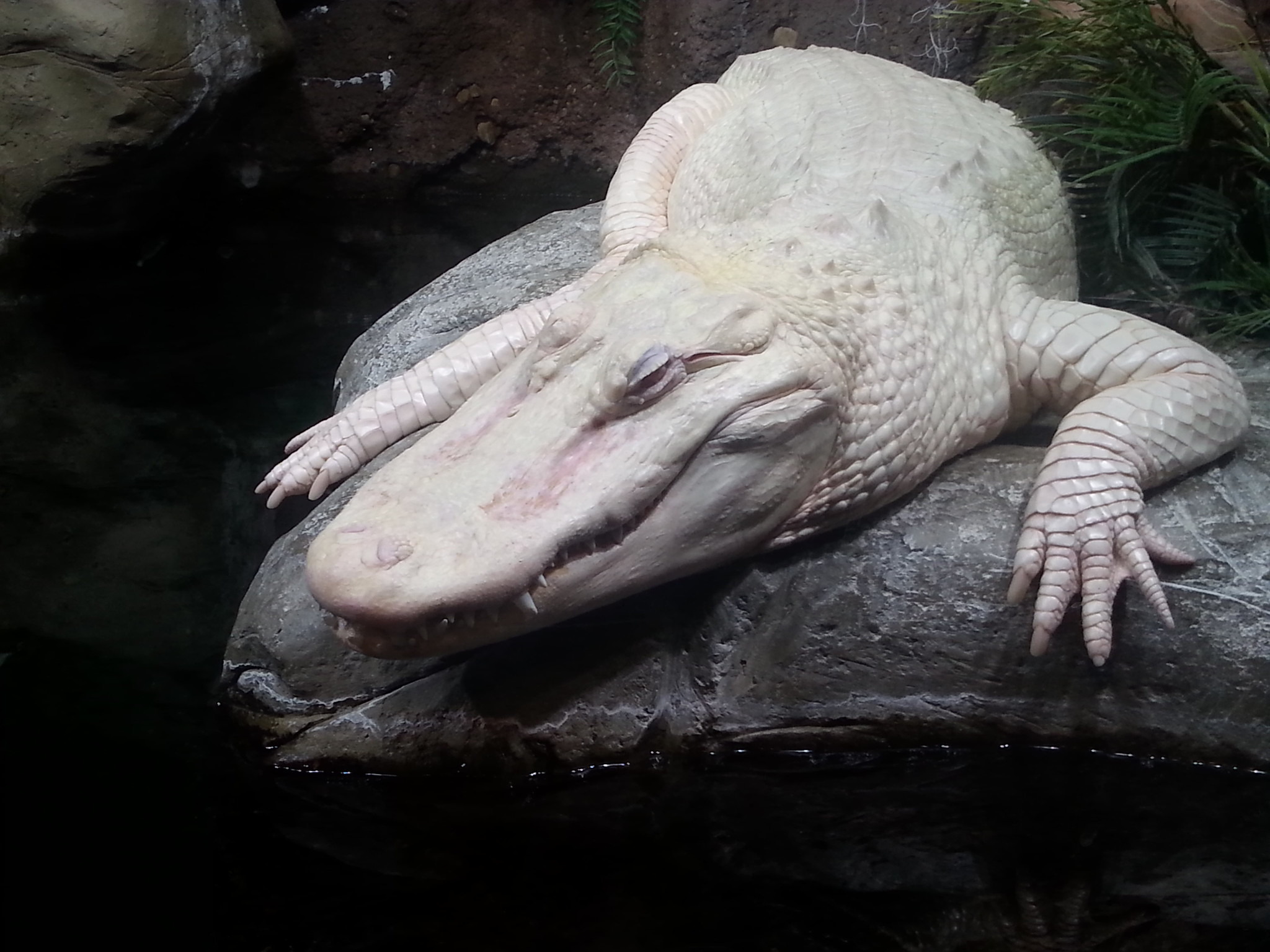 AND THEY HAVE WHALE SHARKS. 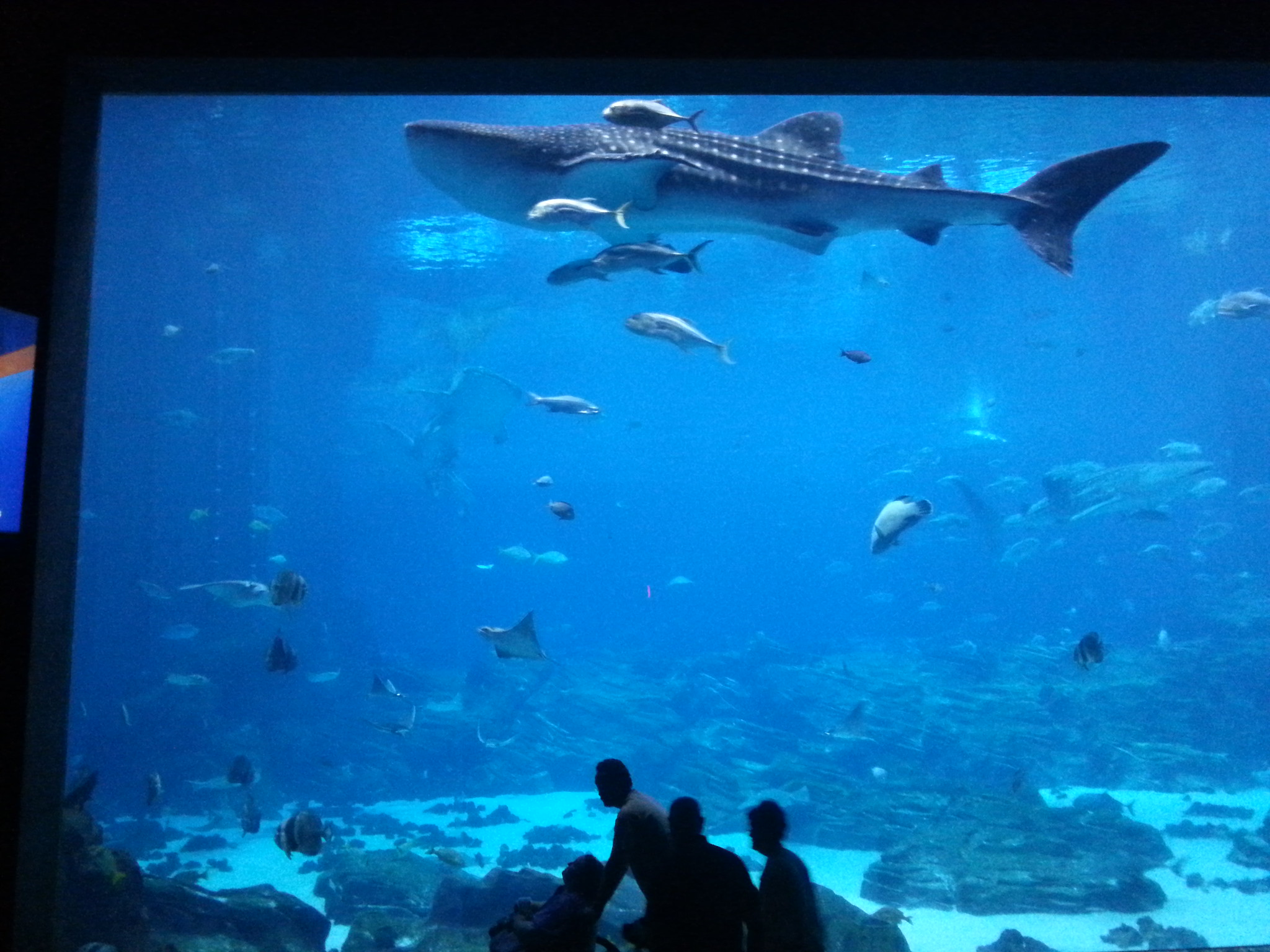 You can also go behind the scenes and see how everything is maintained. 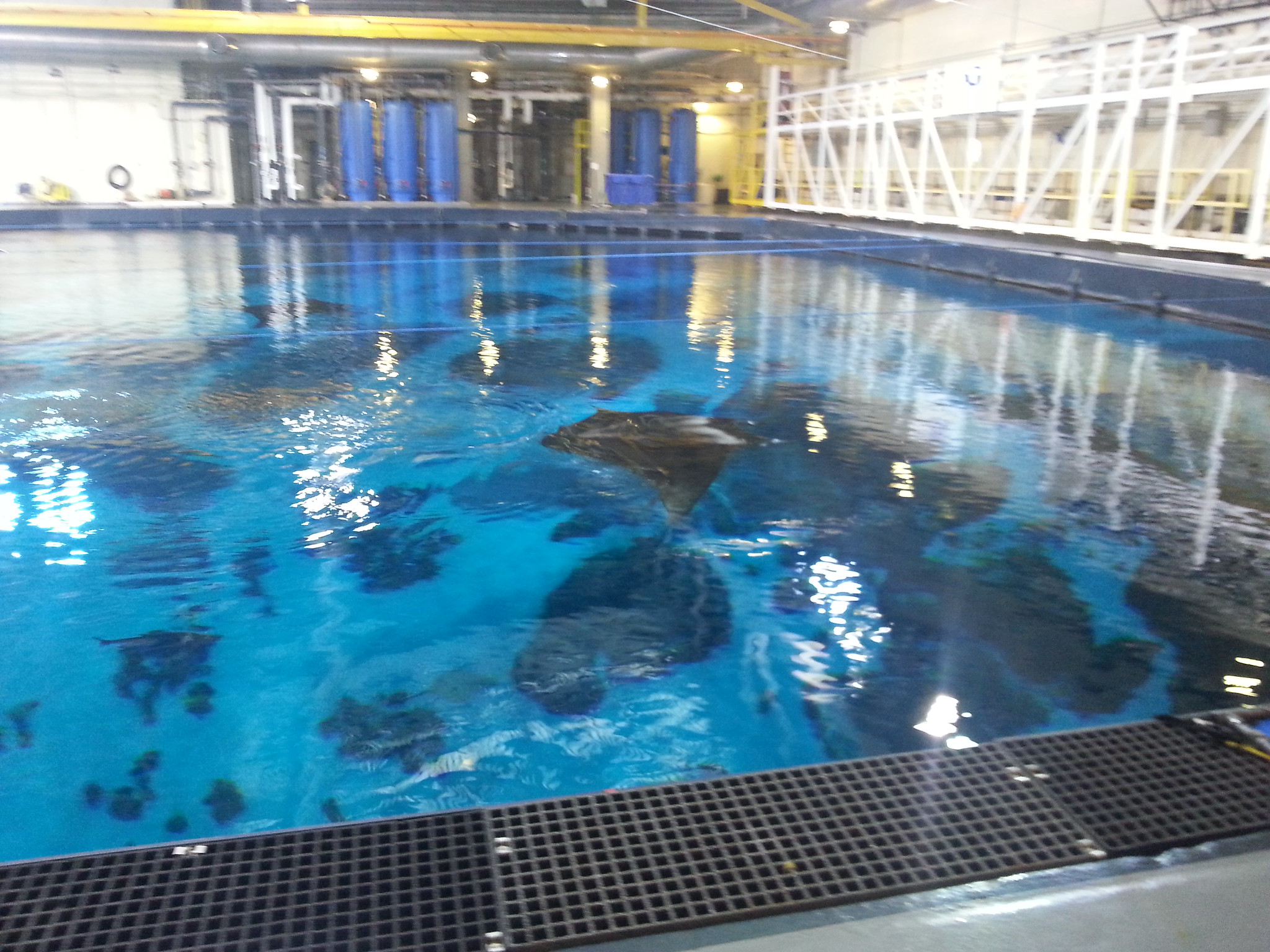 When I left the aquarium it was absolutely pouring rain. Of course. 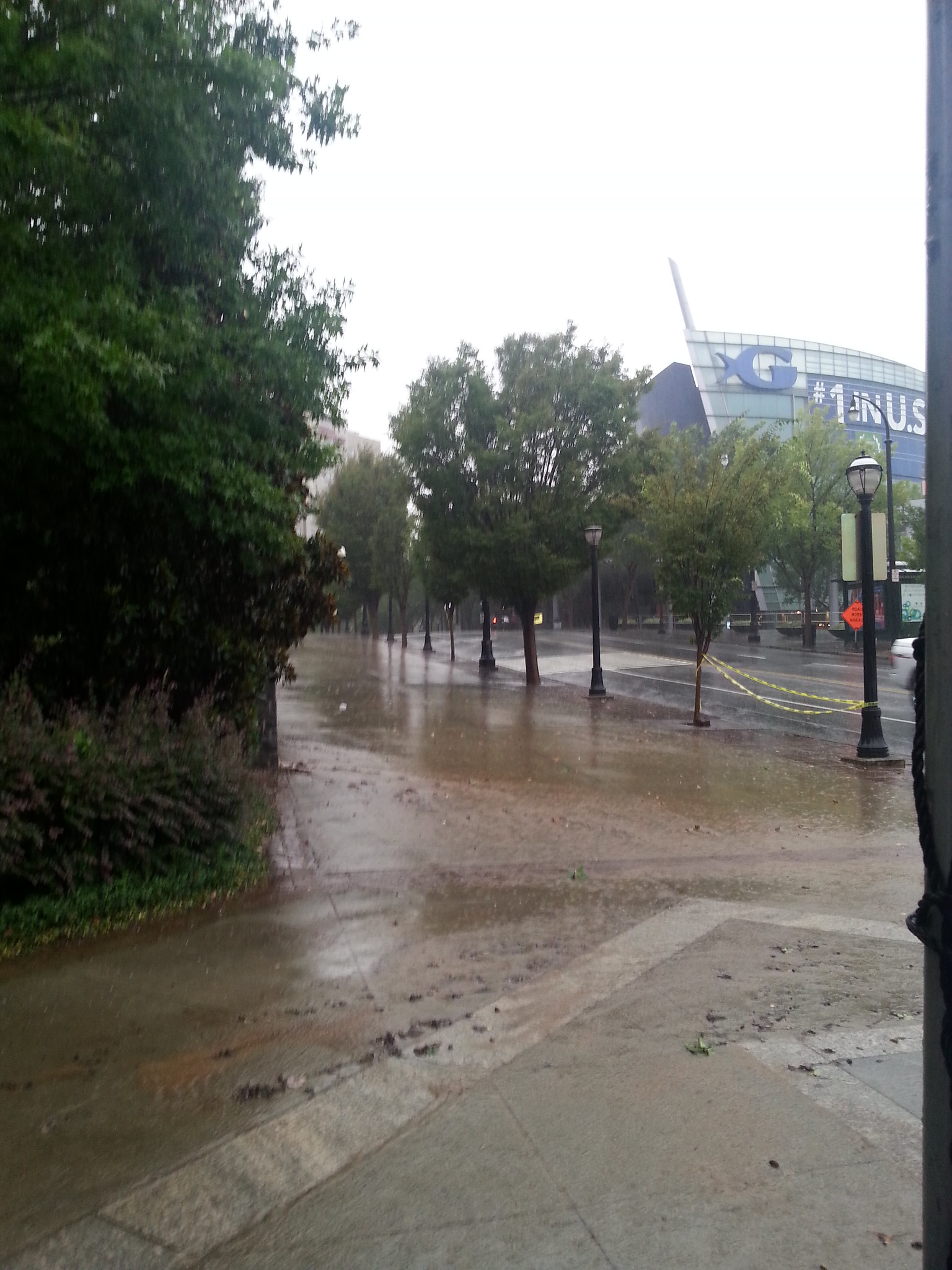 I also visited the Coca-Cola Museum, which is neat. Coke was born in Atlanta, and you can learn all about the history of it in the place. You also get to sample Coke products from all over the world. 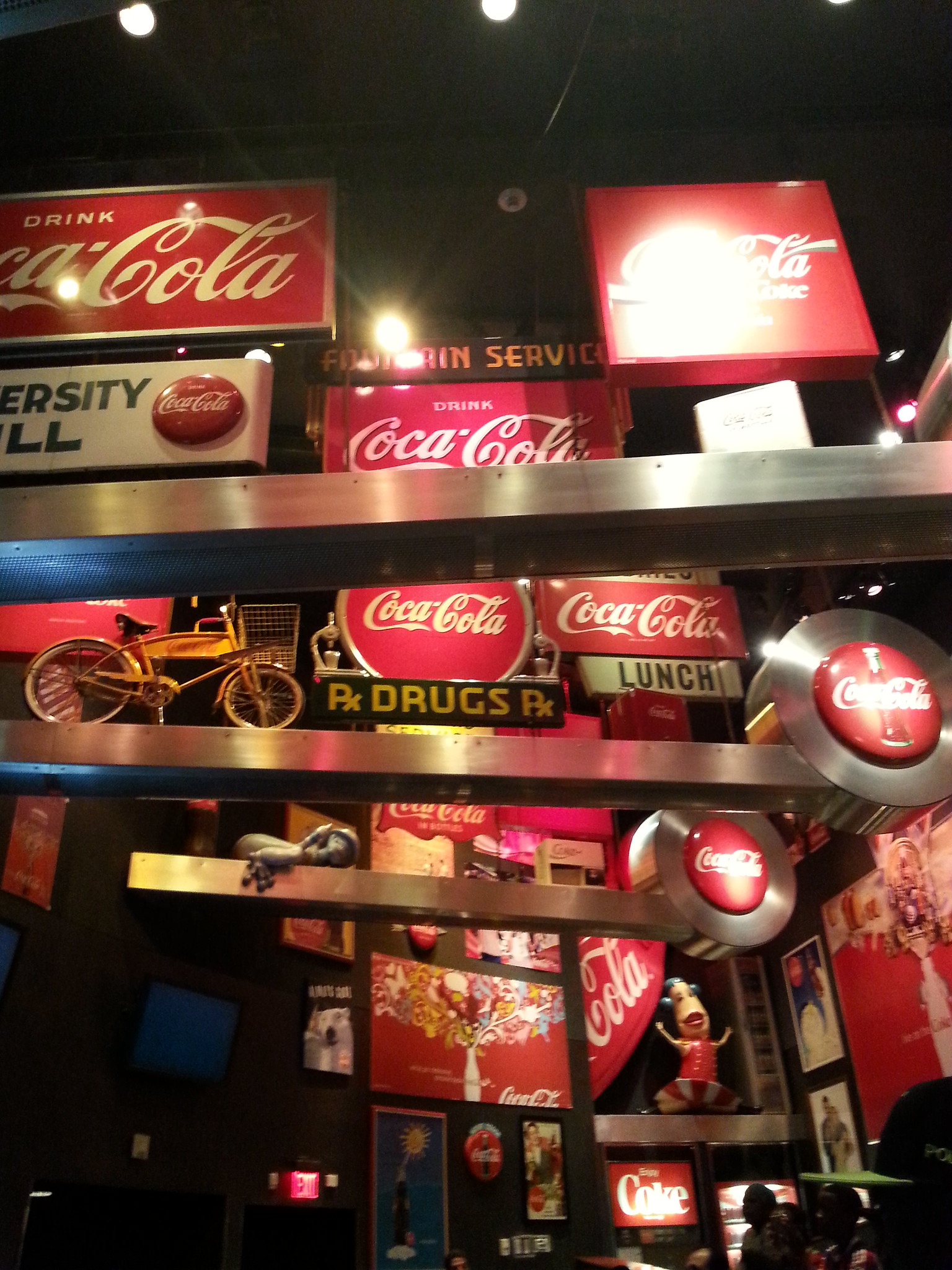 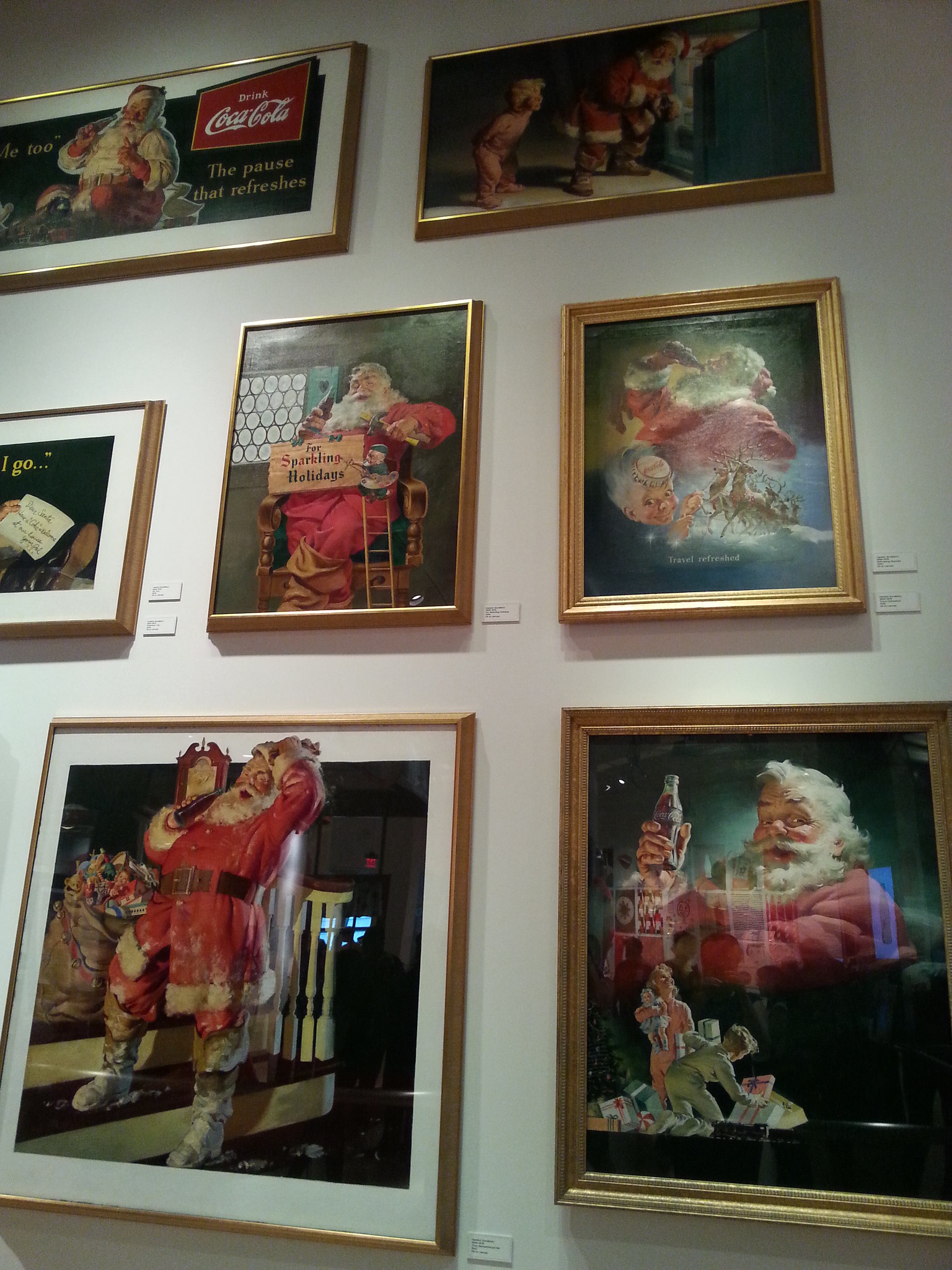 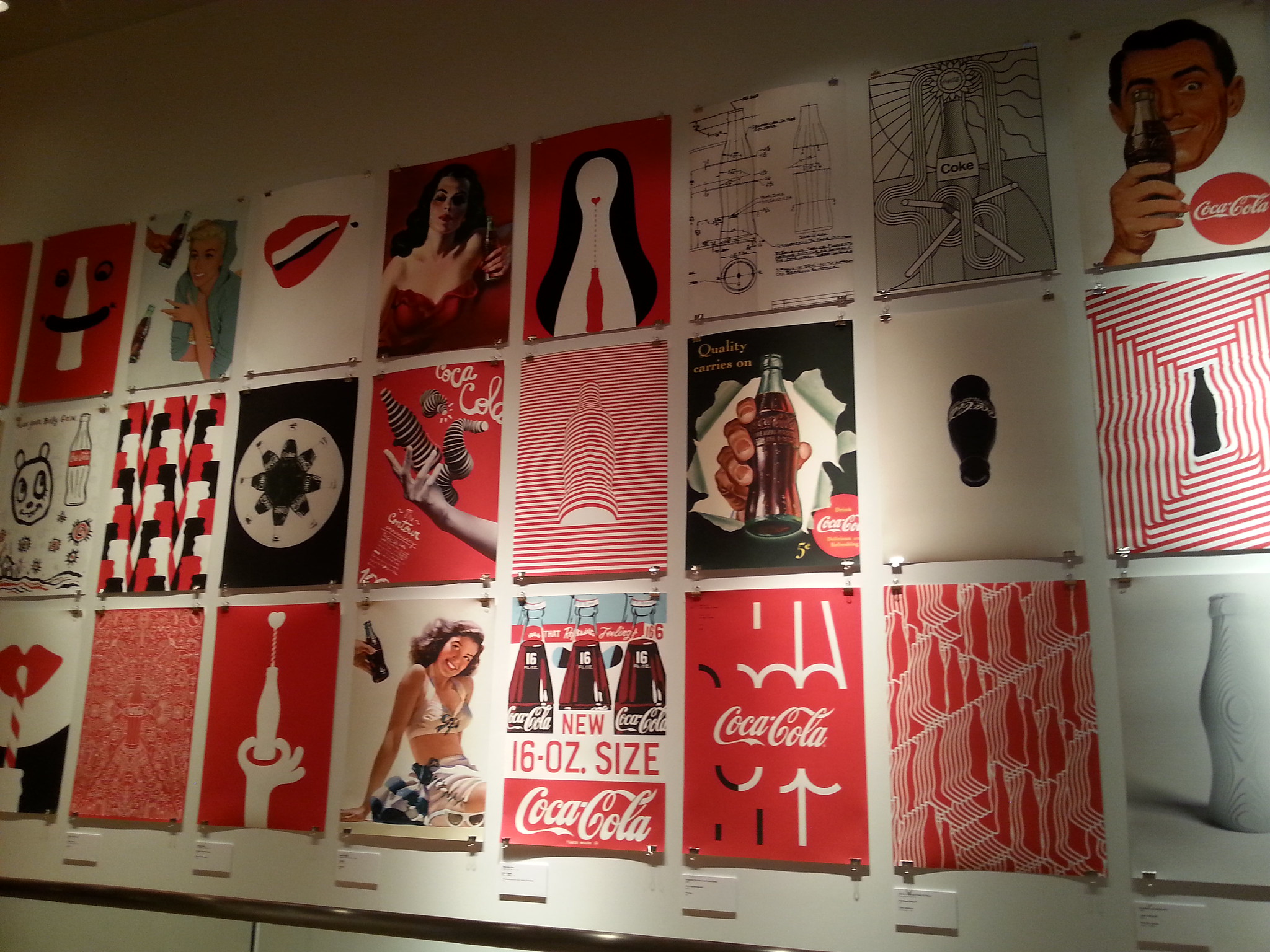 And the gift shop is a little nuts. 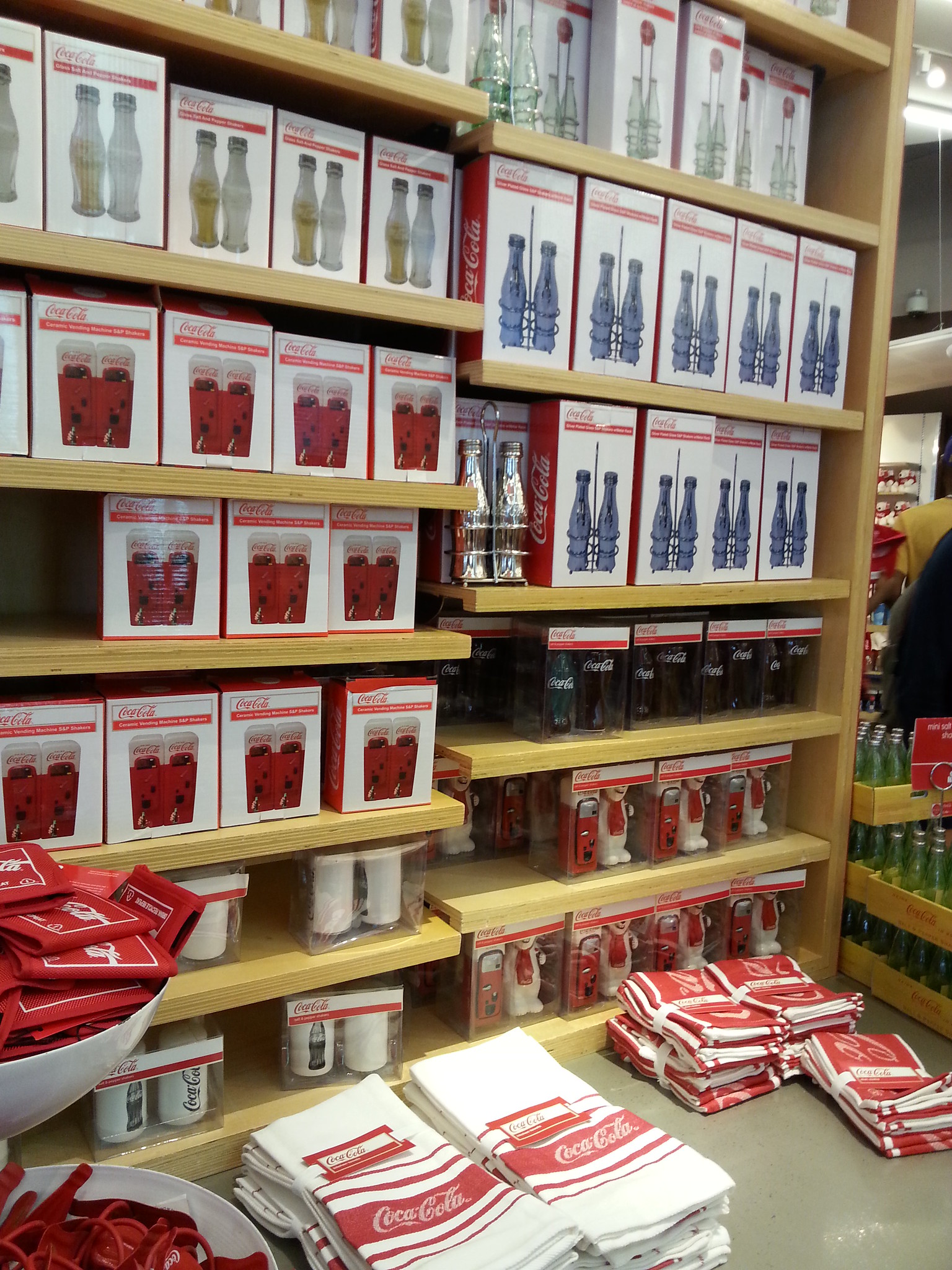 Of course when I left it was pouring rain. If you’re planning to do more than one touristy thing in Atlanta (I would have but I ran out of time), then I would recommend getting a CityPass. These attractions are expensive and this will save you a bit of cash. 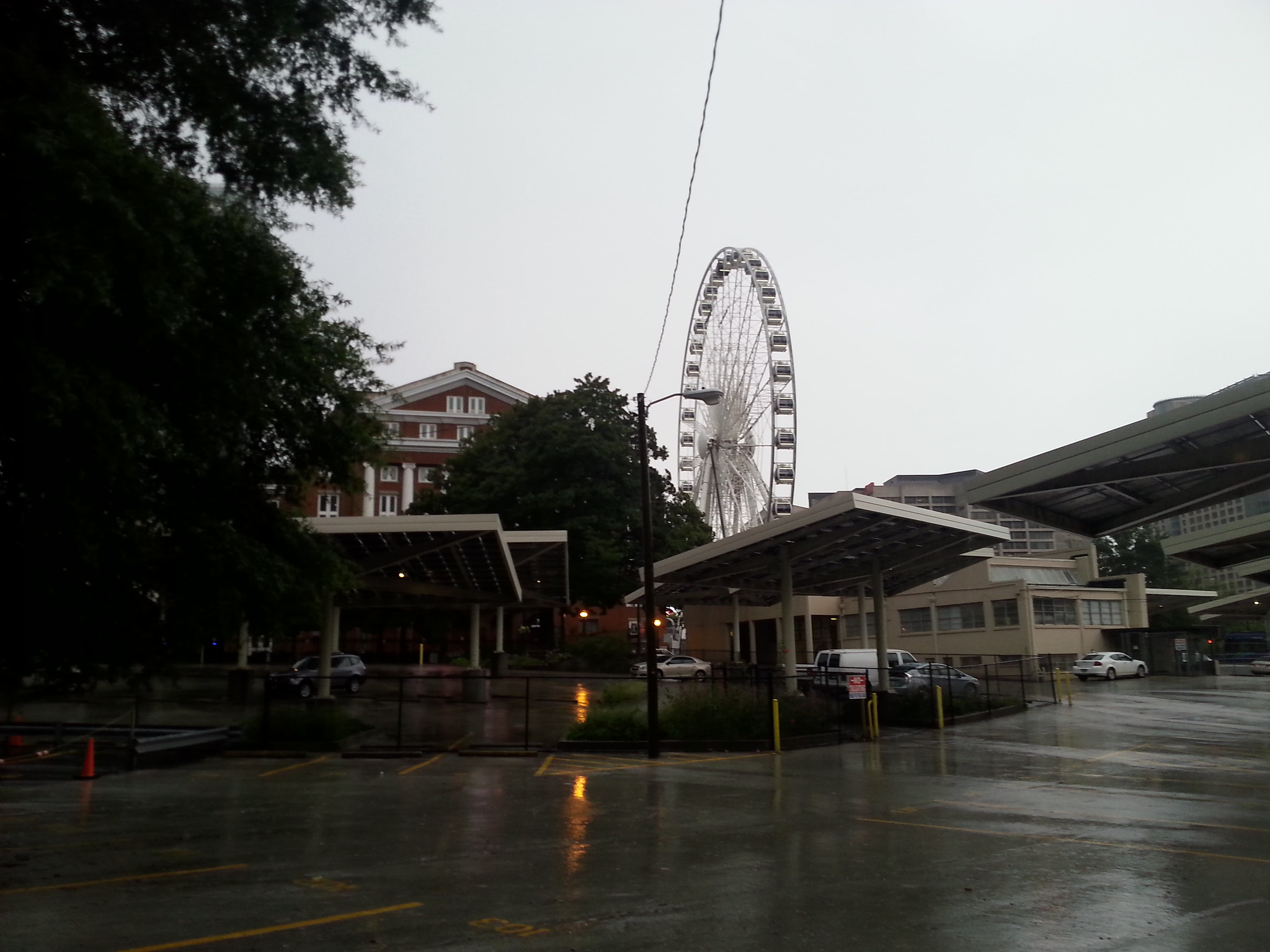 I also popped into Twin Smokers BBQ and had the absolute best bourbon milkshake of my life. I highly recommend. Plus they give you a carousel of the barbecue sauces of your choice. 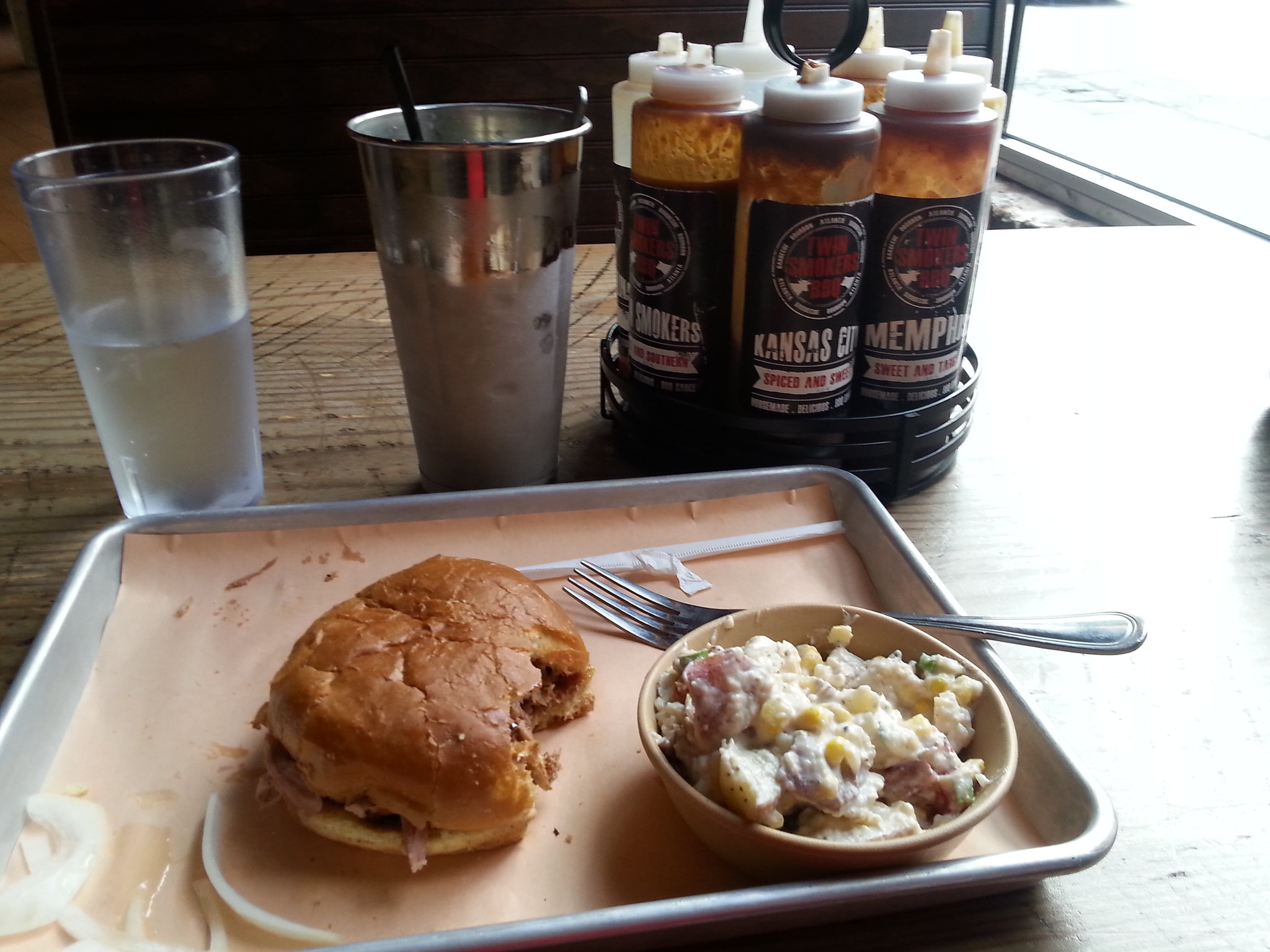 Everyone was so nice. I gave directions to another lady visiting the city (thank you Google Maps) and dinner recommendations to a Floridian tourist. At one point I was walking down the sketchy part of Peachtree on my way to work and I stopped to answer a text message. One of the habitants of the street asked me if I was okay and if I needed help, simply because I’d stopped walking. Even the rampant homeless population was nothing but cordial. 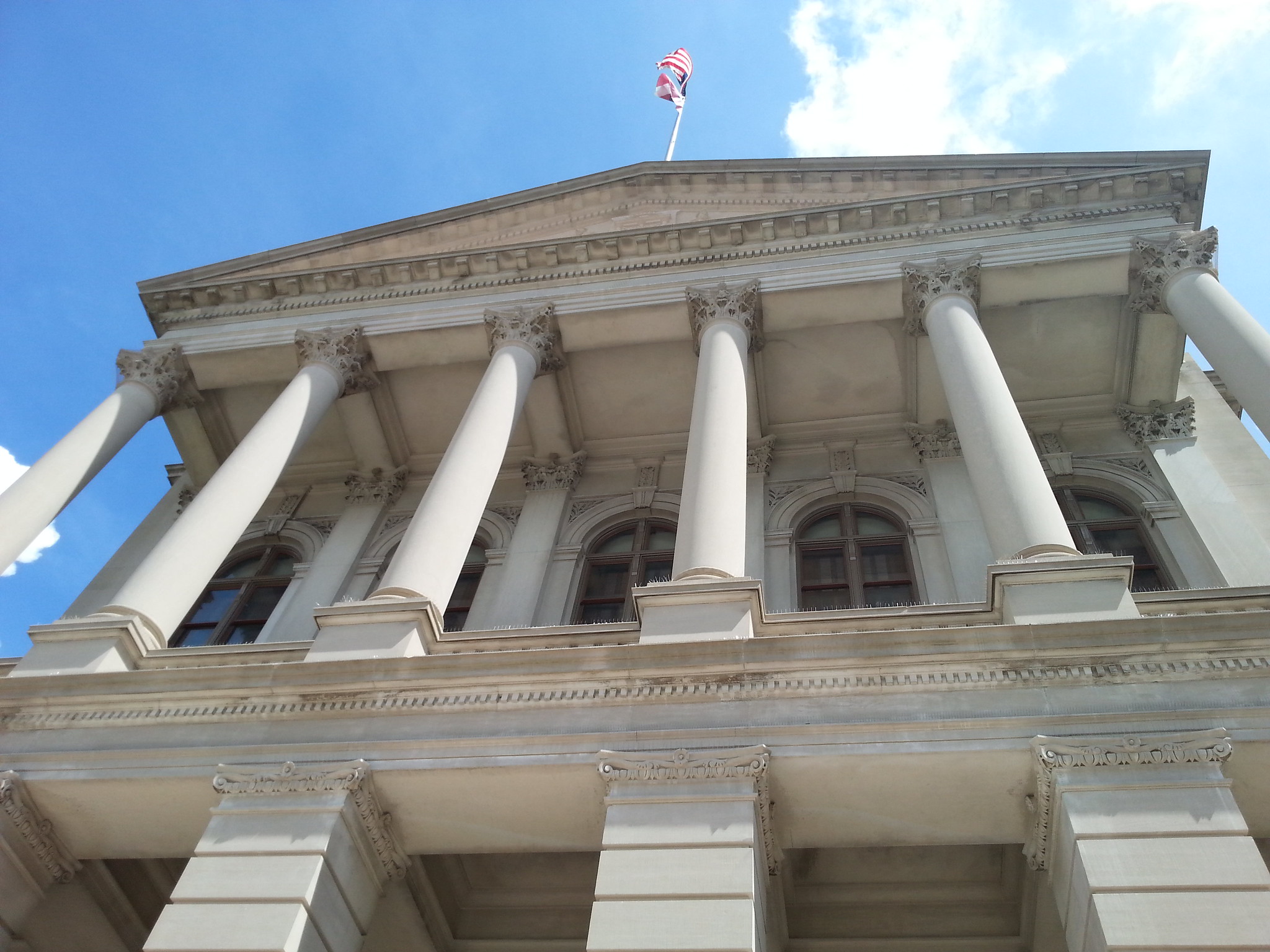 Thanks for a great visit Atlanta! 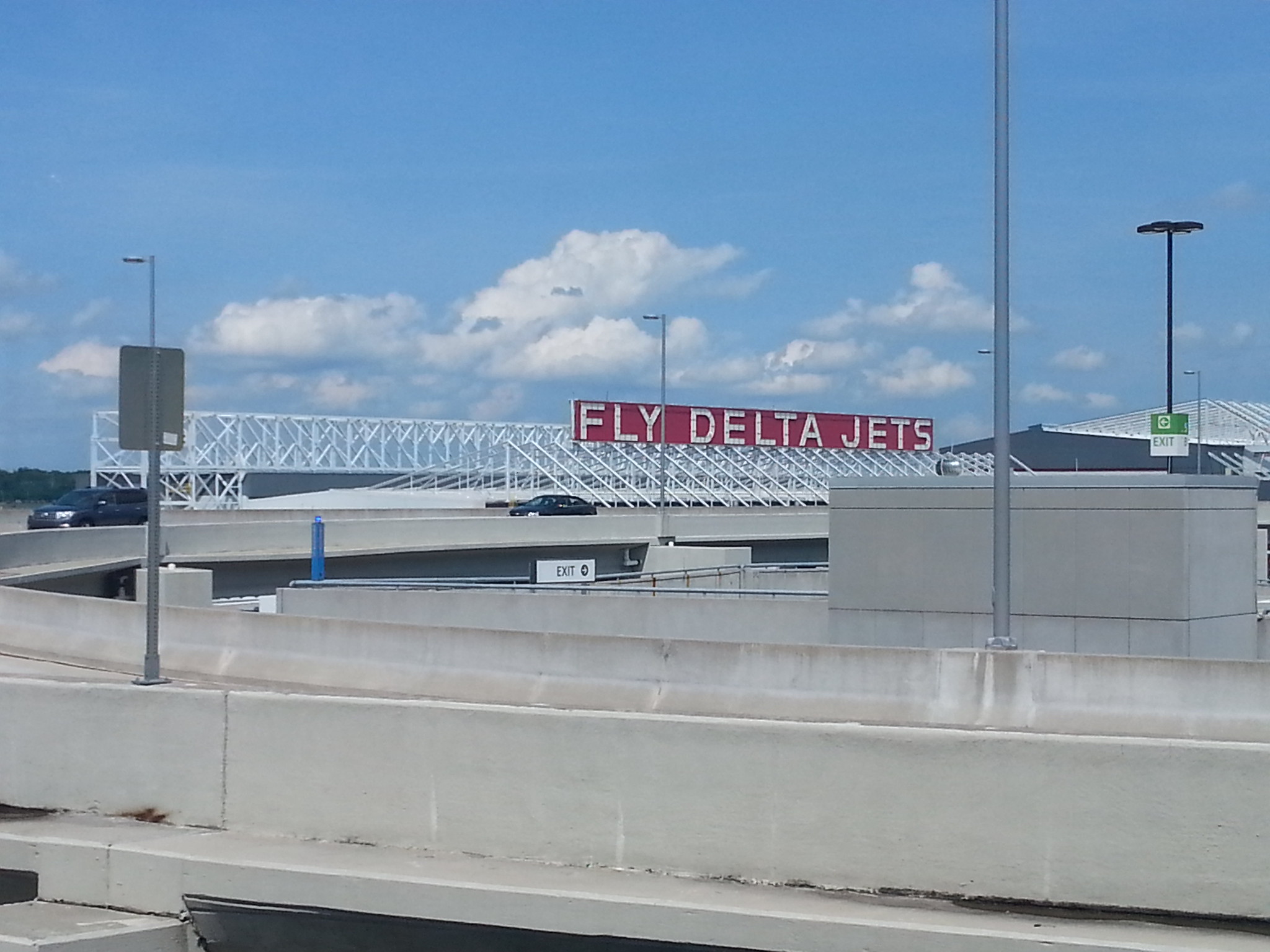 10 thoughts on “So I went to Atlanta in August”