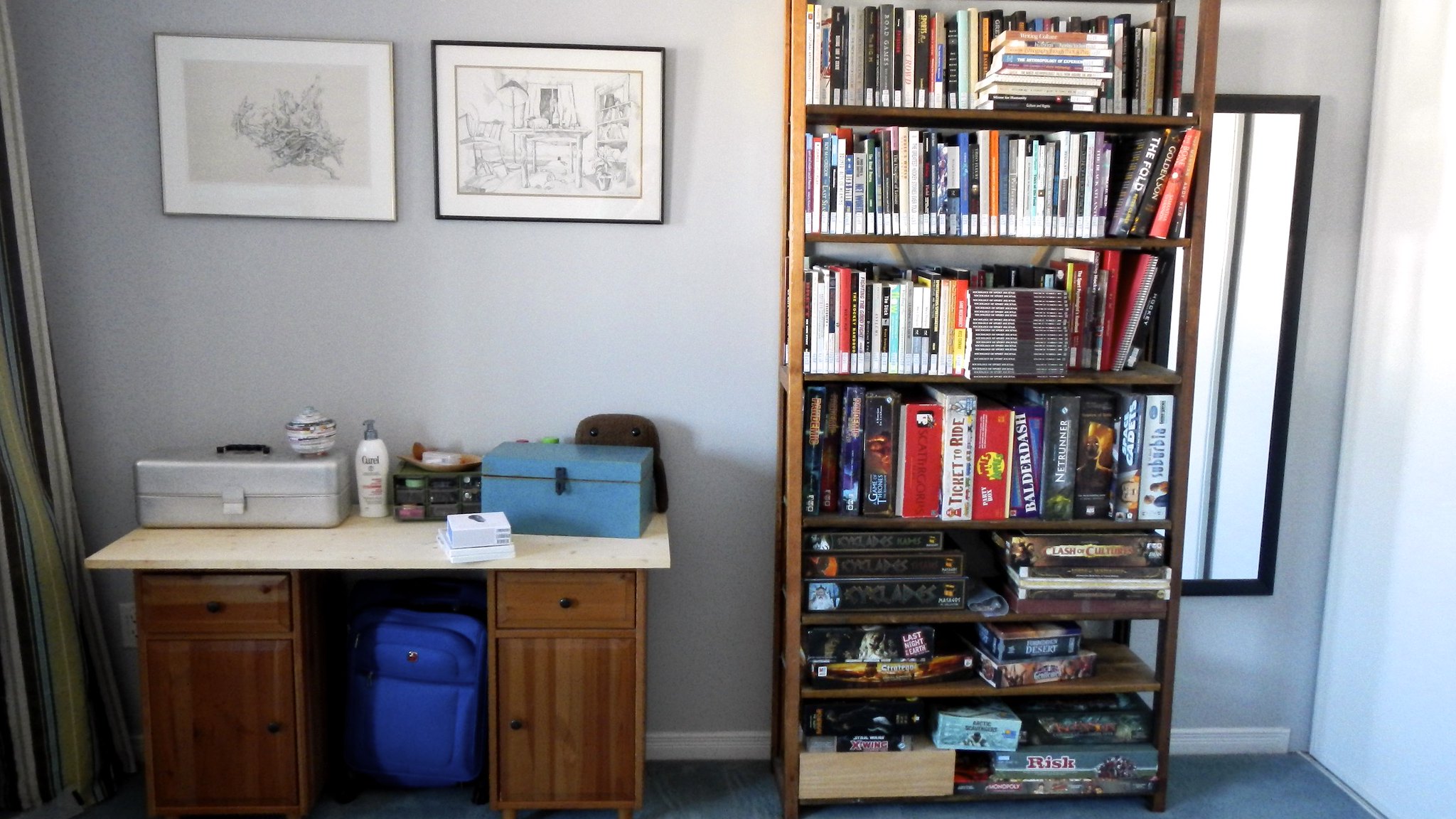 This past May I dropped out of grad school. I was seven years into a PhD thesis that I no longer loved, that some academic with better funding had scooped me on three years previously, and it was time to move on. There had been too many delays in the project; some were of my doing, but others were out of my control, and in the intervening time, my priorities had shifted. I no longer wanted to try to prove anything to the academic community, and I definitely did not want to try my limited chances at getting a tenured position in academia. So I left the program. The thesis remains half-finished, and my standing is A.B.D., which means that technically I can go back and finish it at some point if I wanted to. I don’t think I will. And I don’t regret my decision. 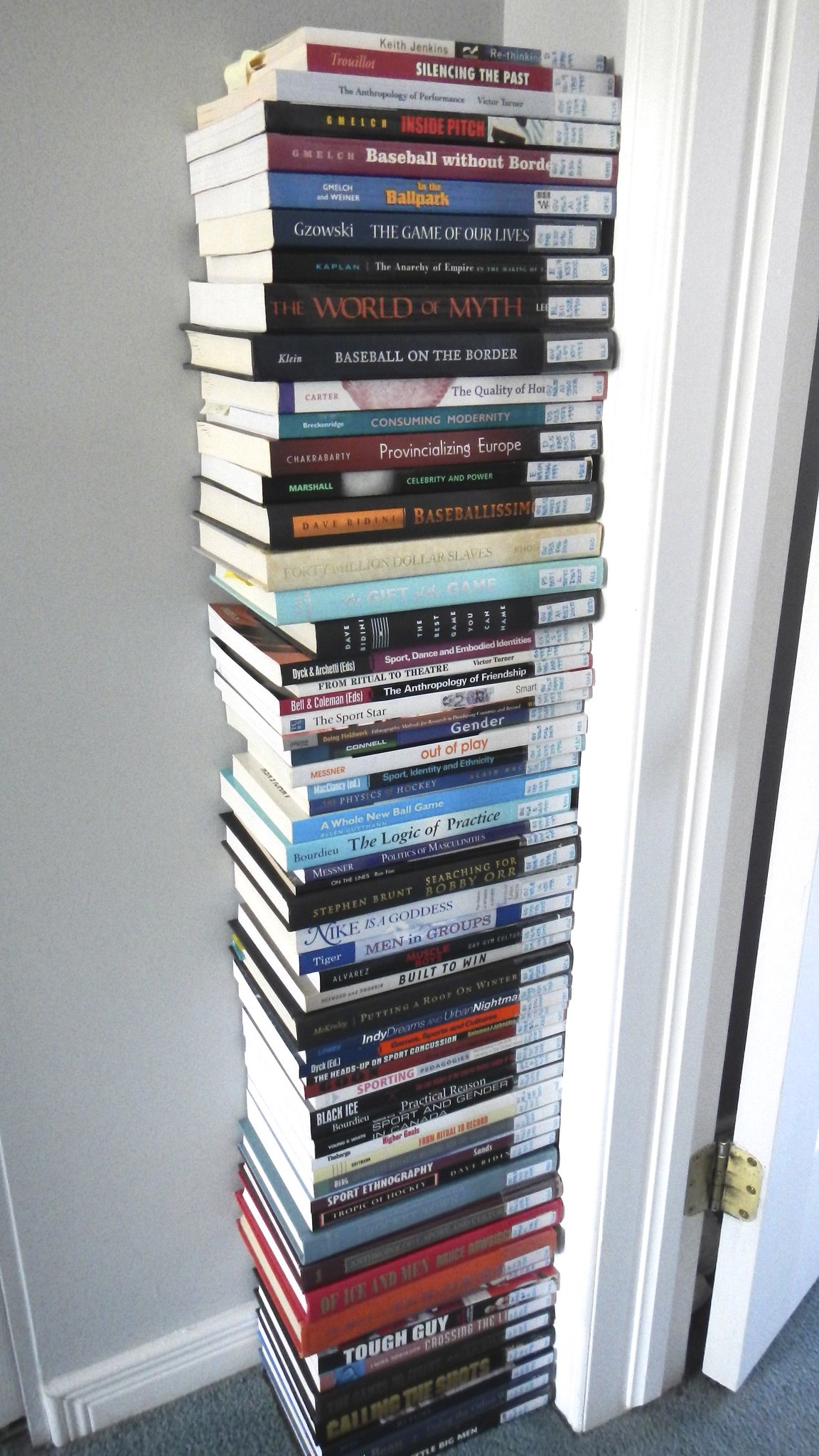 It’s just weird that it was such a huge focus of my life for so long. It was the reason we moved to Newfoundland and had all those amazing experiences. And now it’s over. And this giant shelf that is double stacked with books on the subject no longer needs to fill this particular purpose. I’m not getting rid of the books, but I don’t need them to sit there every day and remind me of something I never finished. 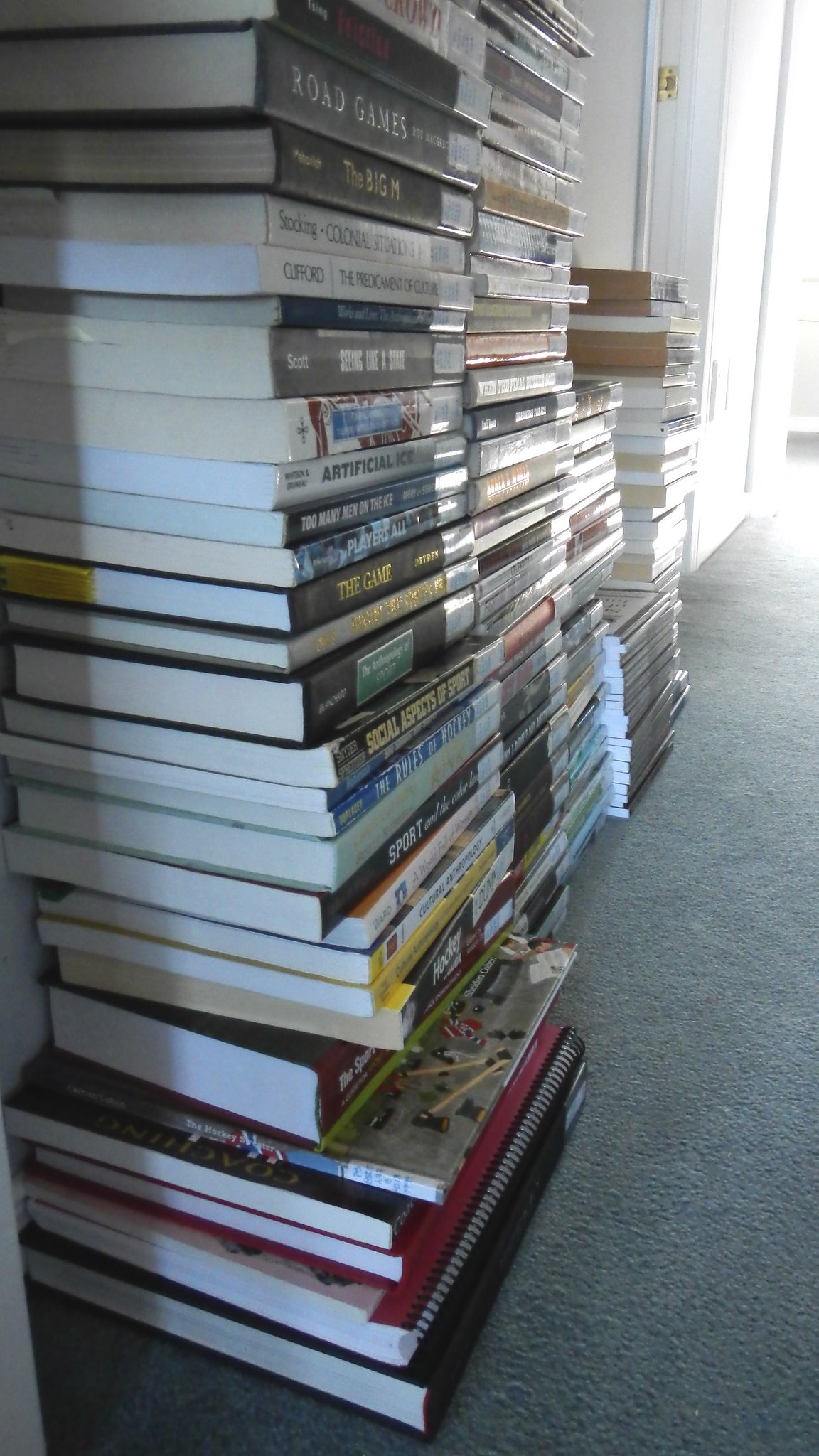 As I said, my priorities are shifting. The Pie and I are looking for a house to buy but until then we’re stuck in the Tower, which I am growing to dislike more with every passing month. But I don’t want to go through the time and expense of moving. Again. So we make do. And we shuffle things around. 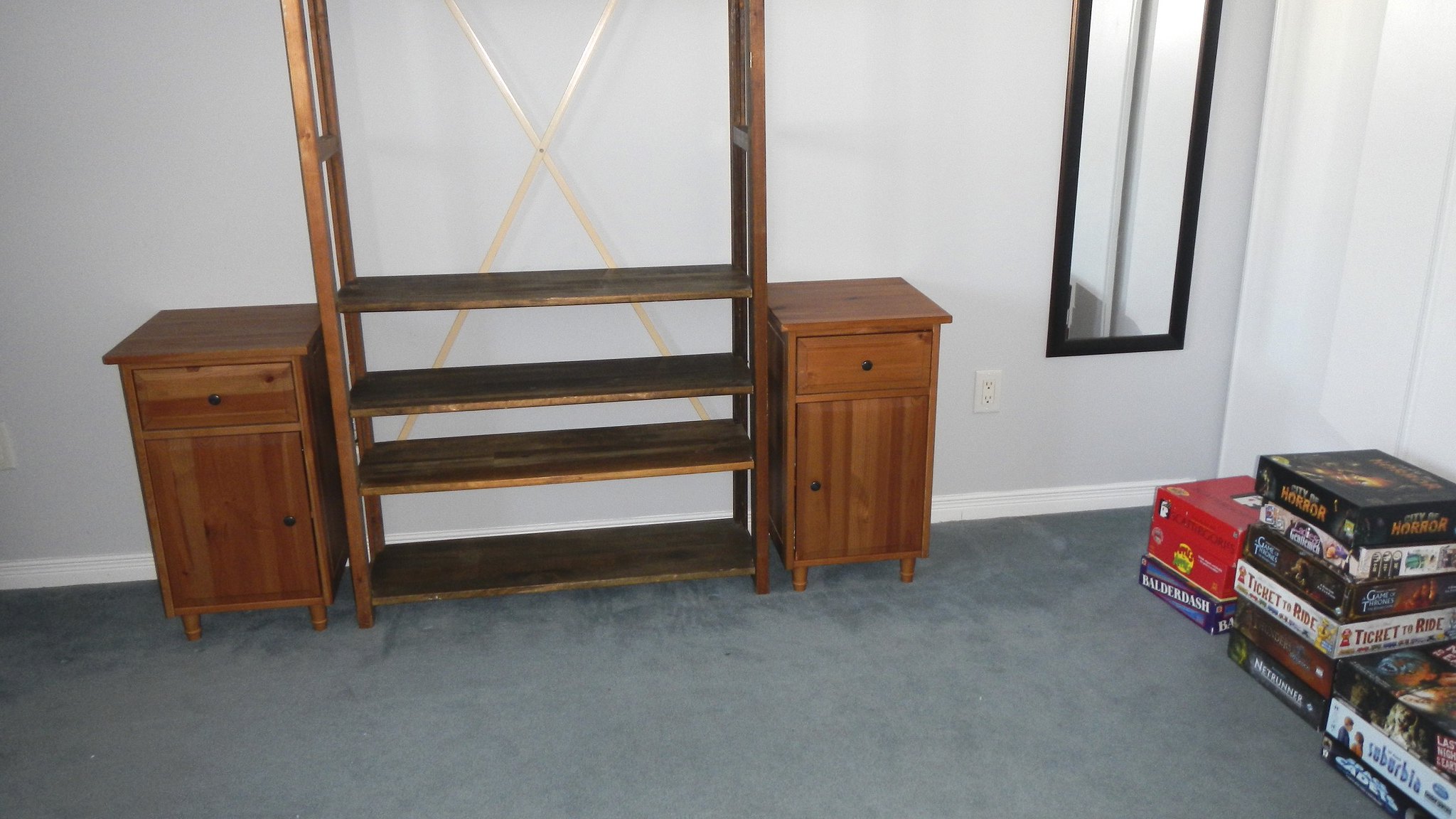 We only really have one common space with room to move around in and that’s our living room, which is the same room as our dining room. So when the Pie has the boys over and they’re playing games and making noise I wanted a place for myself where I can do my projects (for you, dear readers) and maybe binge-watch a bit of Netflix while I’m at it. Our bedroom is actually the largest room in the house, so we made the decision recently to buy a second TV (don’t judge me), and put it in the bedroom (I can hear you judging me). 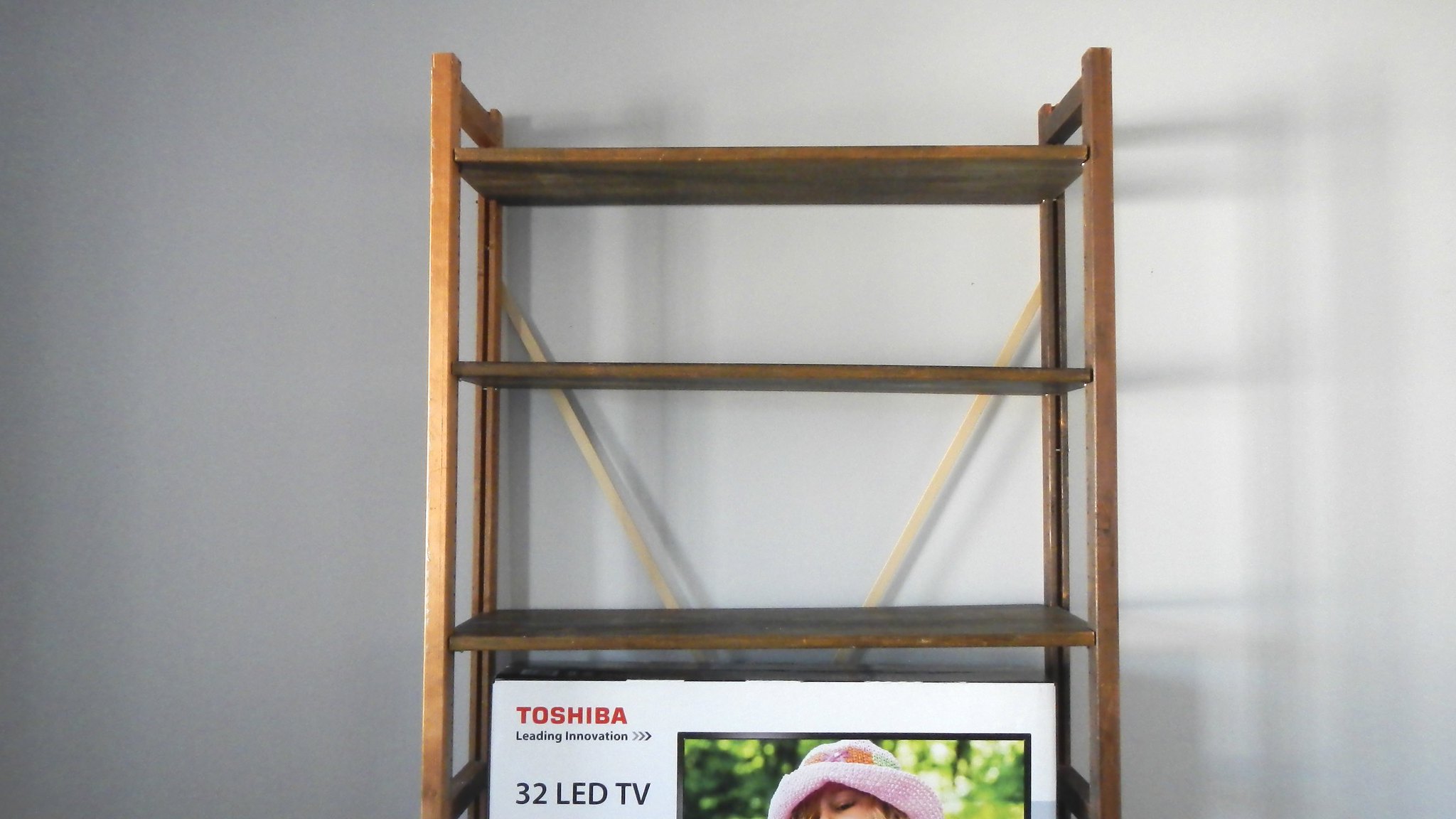 So I ditched the makeshift vanity that I realized I was never going to make (because I would never use it) and shuffled some things around. 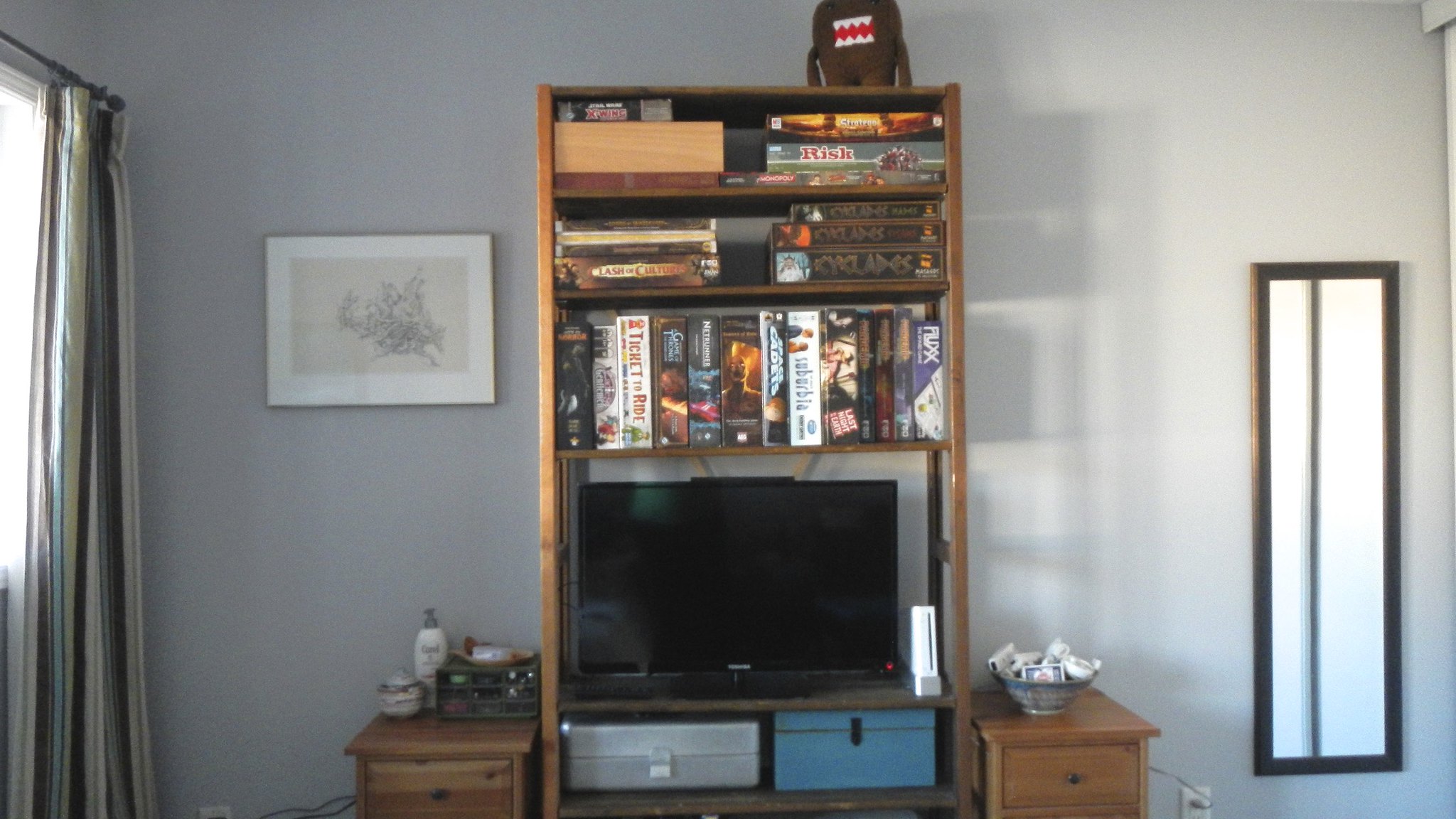 It’s not perfect, and it’s not pretty, but it’s making do with what I have and it’ll do until we move and I can set up something that I like better. For now I’m pretty impressed with how many moves that bookshelf and those two bedside tables have survived. 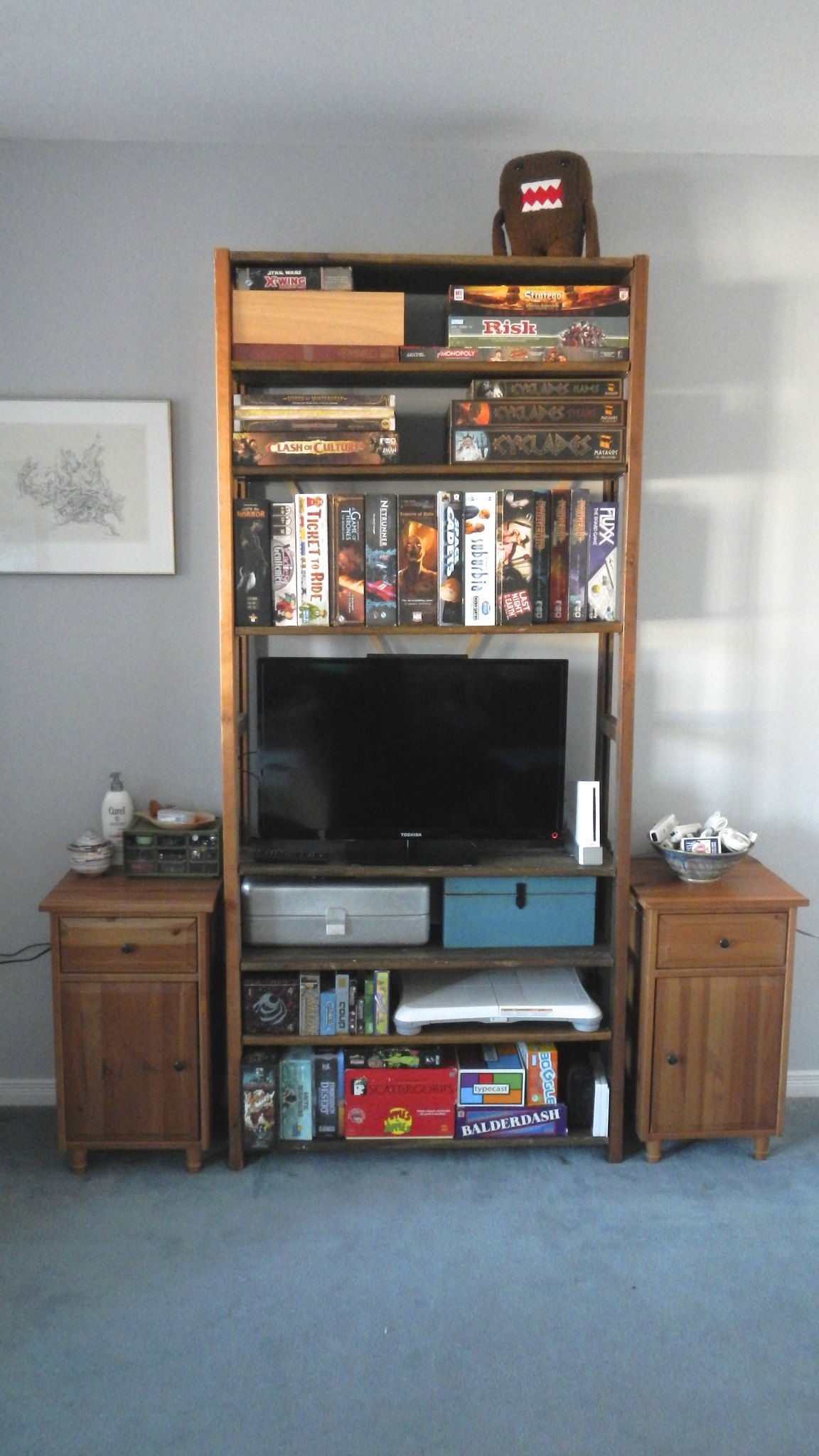 20 thoughts on “Ain’t it funny how things change”