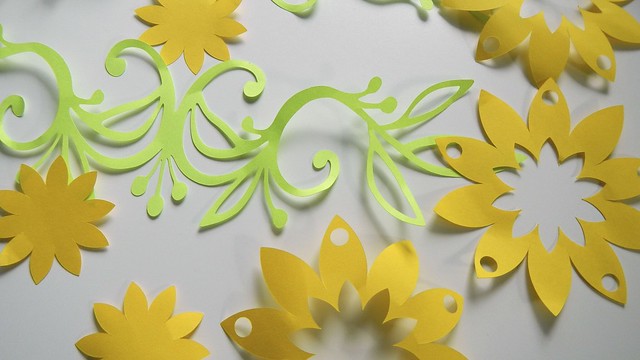 After much deliberation and discussion, it was decided that my parents would purchase a Silhouette Cameo die cutter to be shared between myself, the Pie, and my mother. We ordered it recently and I finally got it set up this past weekend. 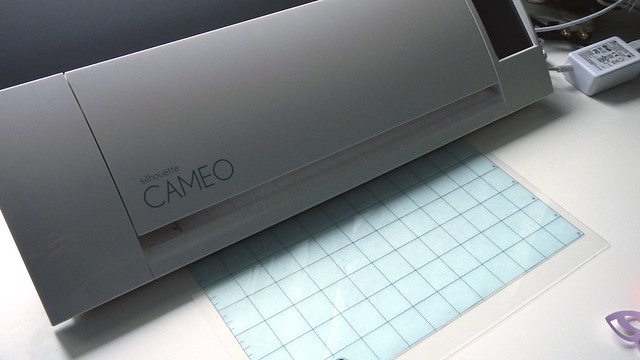 It’s a bit of a frustrating tool to use, to be honest. The manual, while lengthy, is not particularly useful. There is, however, a plethora of information about it by users on the internet, with handy instructions such as, if your cutting mat is too sticky, rub it with a t-shirt for a bit and it will be fine. Seriously. 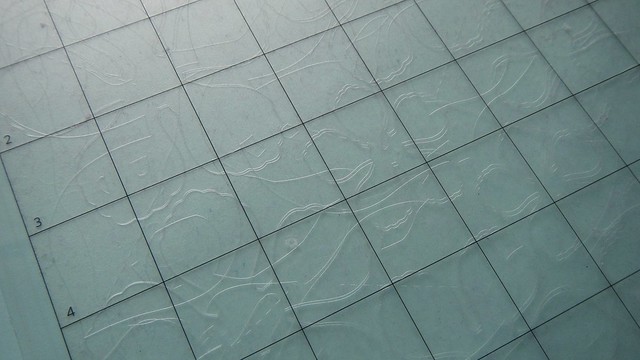 Basically, you take your paper, stick it to the mat, shove it in the machine, and you’re ready to go. 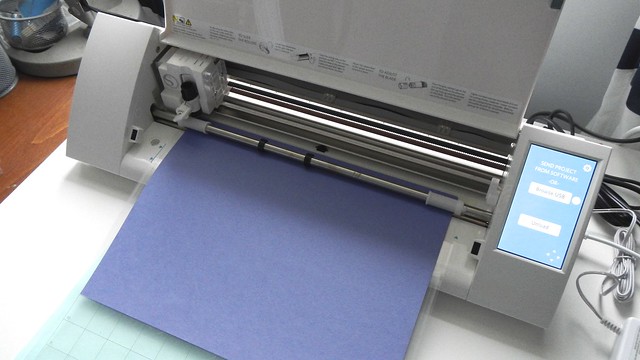 Then you use the software to design a thing and then you “print” it to the machine and the machine cuts it out. It makes a terrifying noise that sounds like it’s jammed and it takes for-freaking-ever but it cuts it. 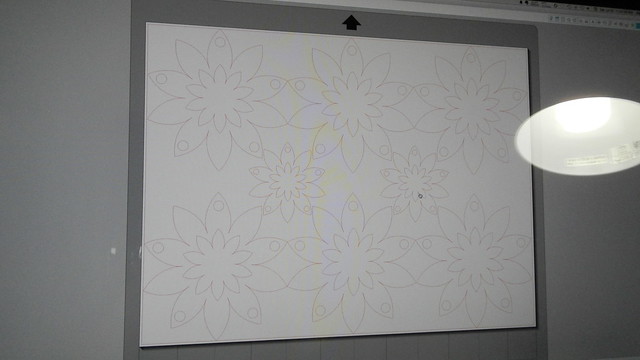 There’s a lot of trial and error, like figuring out how thick your paper is versus the setting on your blade – this butterfly was made with a lower cut setting than it should have been and that’s why you see the rough edges. 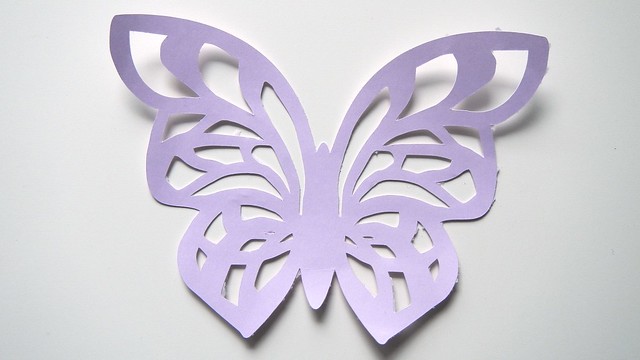 Another error was trying to use construction paper. 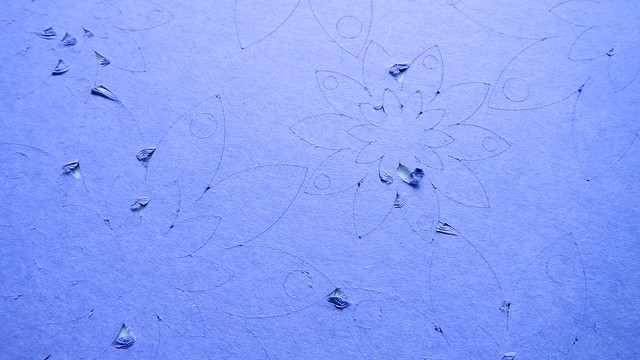 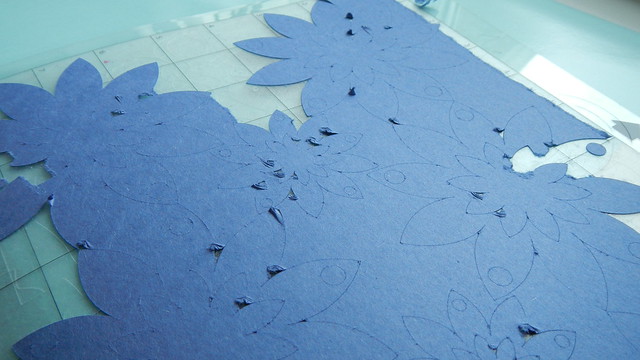 But when you get the settings right it’s so satisfying to pull the paper off and watch the design reveal itself. 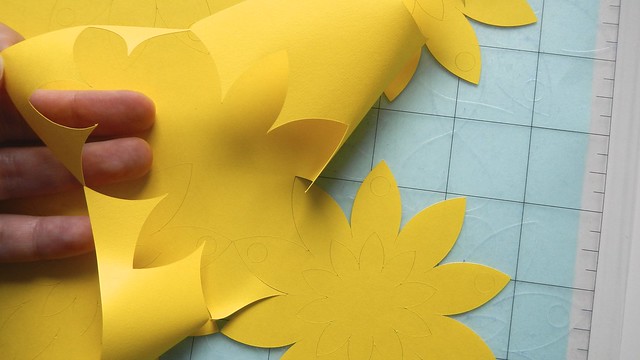 I originally thought this weird spatula tool would be totally useless. 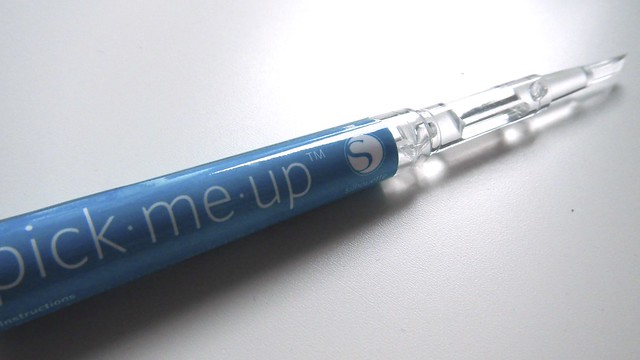 But it’s super handy getting all the little stuff up off the mat. 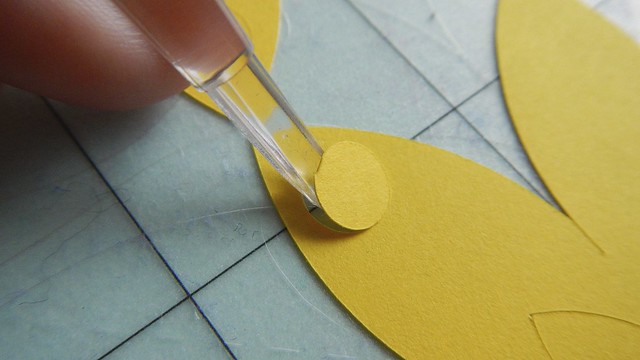 And you can make some really neat 3D objects with some careful layering, like this little succulent. 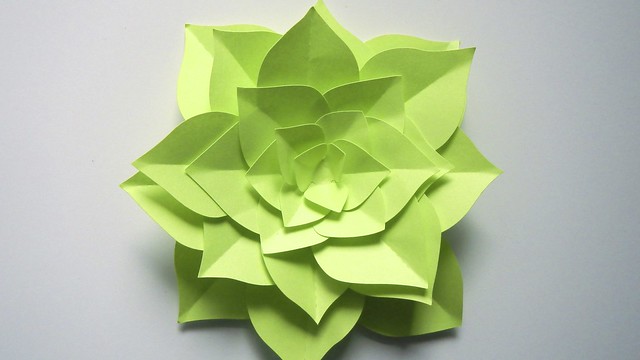 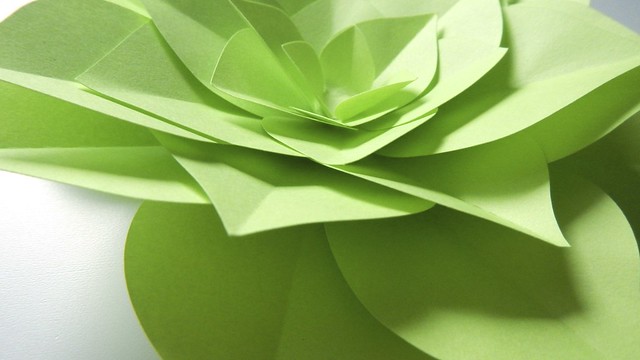 And this flower. I MADE THAT. OUT OF PAPER. 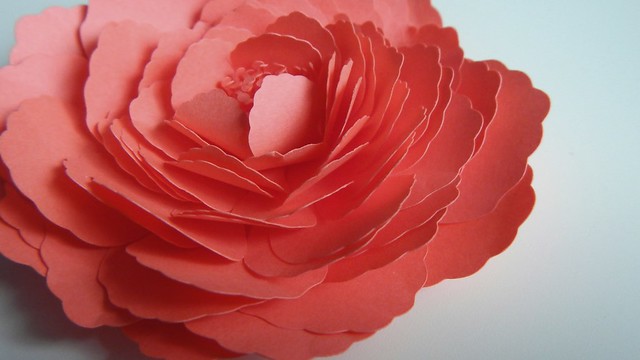 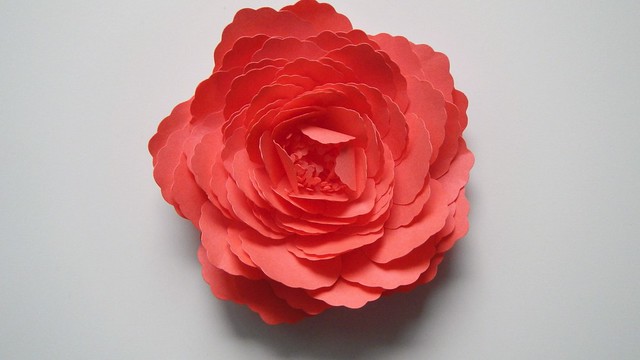 The possibilities this opens up are pretty amazing. My mother wants to use it to create 3D city scapes and greeting cards. The Pie and Trav want it for cutting out custom templates for their role-playing games. It’s also going to be way handy for making screen prints – no more printing out three layers of transparency and hoping they line up properly – I can just print out a sheet of opaque vinyl and adhere it right to the screen. Or use it as a stencil on its own. 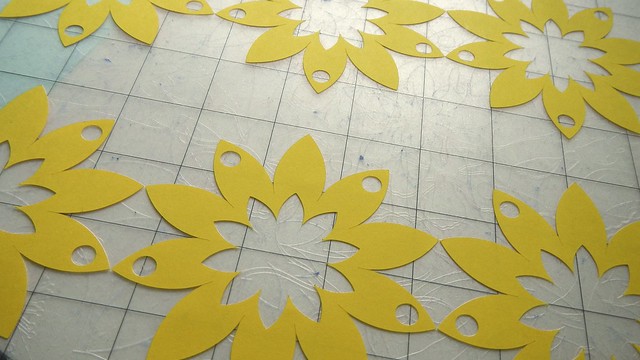 I also decided to use it to make a nice decorative banner using two different patterns and two colours of paper: the yellow flowers you saw earlier and these green vines. 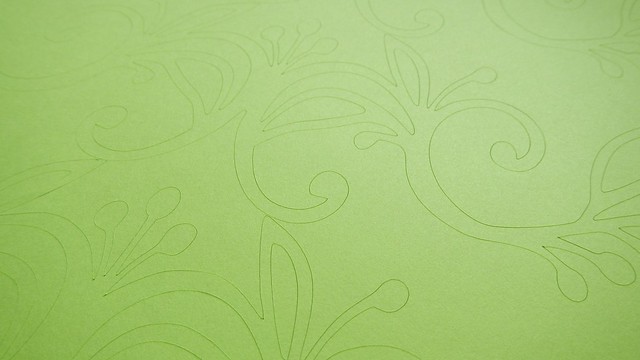 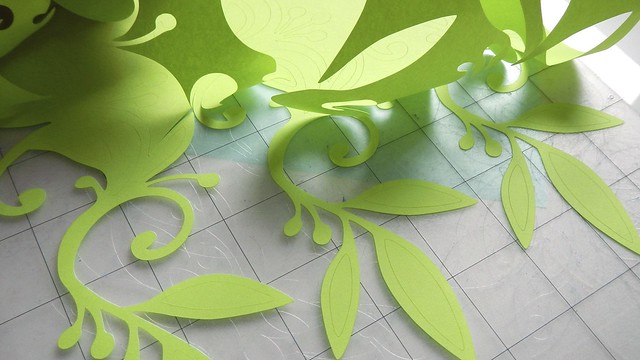 I used a dab of glue to stick the little flowers to the vines and then I strung both flowers and vines up on a length of fishing line, so it’s all delicate and floaty. I love it! 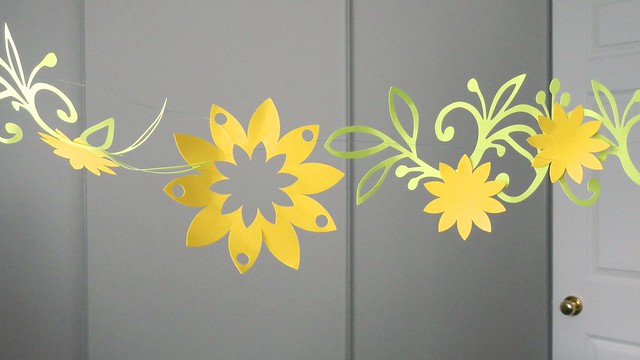 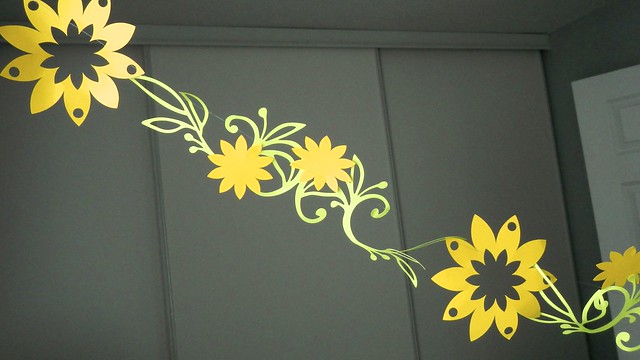