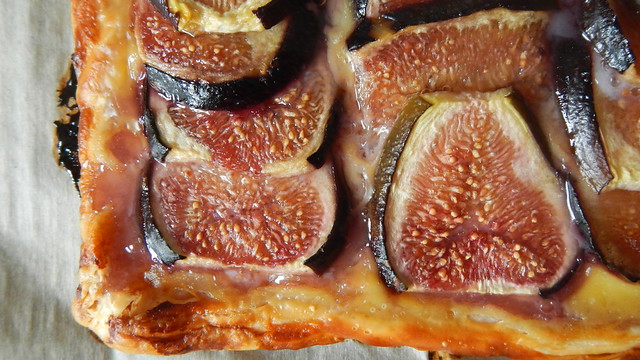 There was a day a couple weeks ago where it was absolutely pouring out and it was a super-depressing, totally un-summery day. 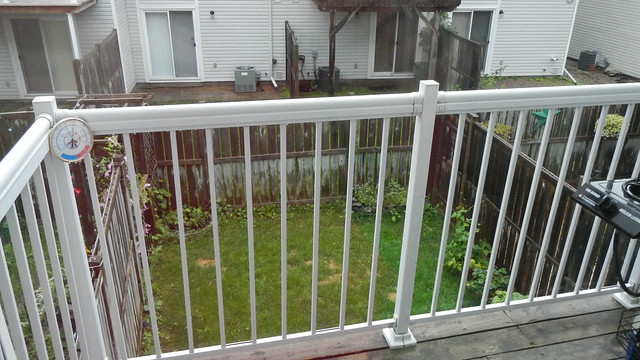 So I went grocery shopping and found that fresh figs were on sale, as well as some reasonably local strawberries. So of course I bought a whole bunch. 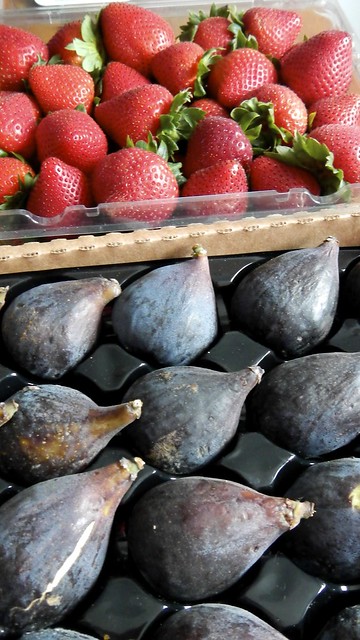 And then I had to figure out what to do with all this gorgeous fruit. 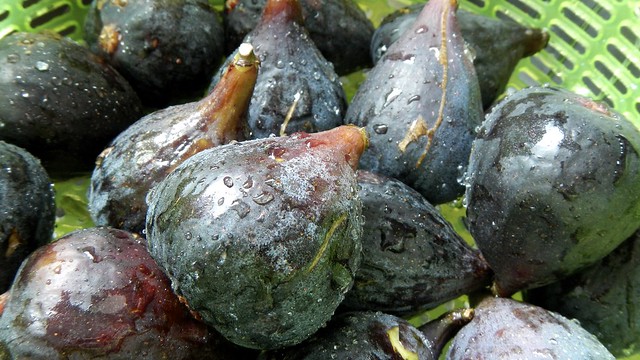 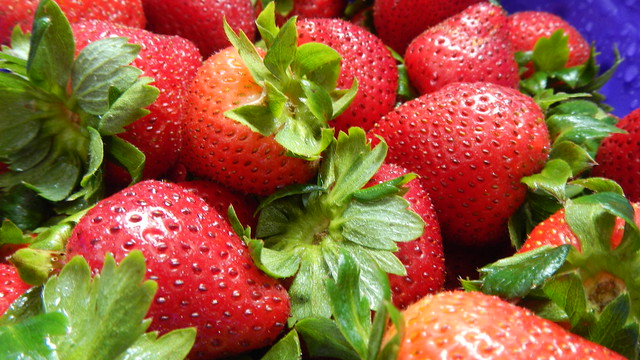 But I had some puff pastry and some good ol’ custard-in-a-can. So let’s make a tart — or two! 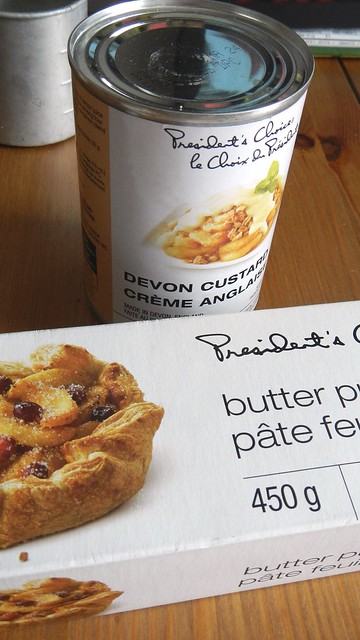 So I sliced up all the figs and strawberries, nice and thin, about 1/4″ thick. 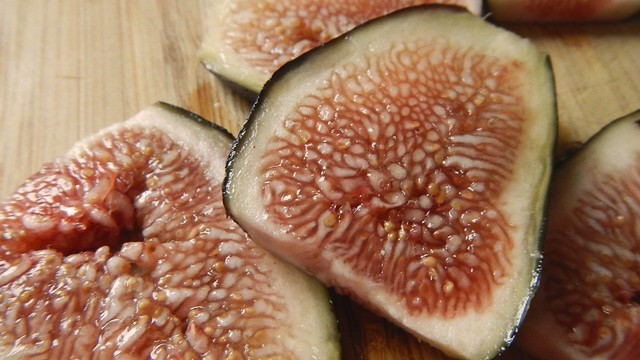 And then I drooled a little bit, because look at all that awesomeness. 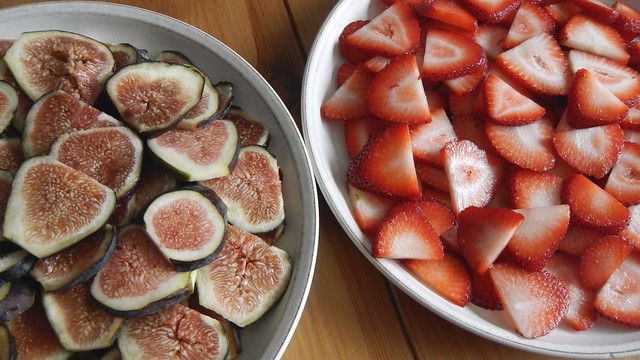 I’ve never baked with canned custard before, so I wasn’t sure if it would solidify after cooking. Just to be on the safe side, I decided to beat one whole egg into the custard for insurance. 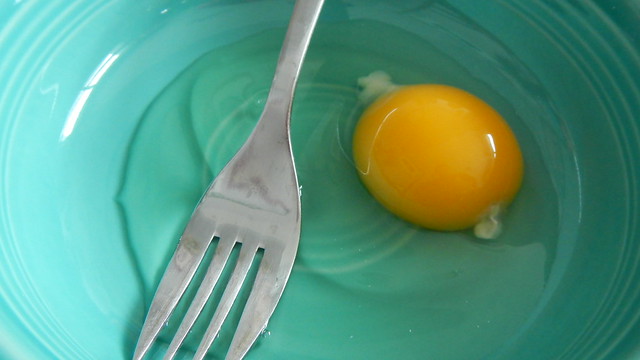 I also spilled a few drops of Grand Marnier orange liqueur in there and it tasted amazing already. 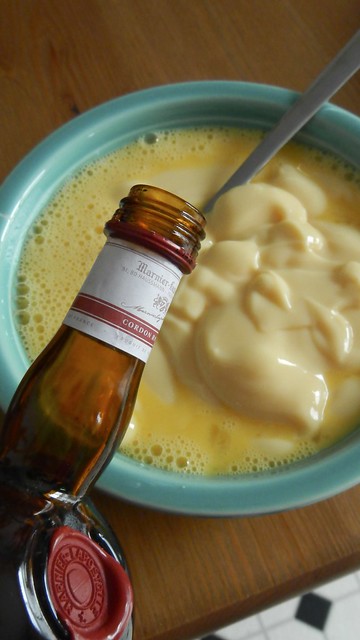 I created a quick glaze by mixing some honey with some egg white I had sitting in the fridge. 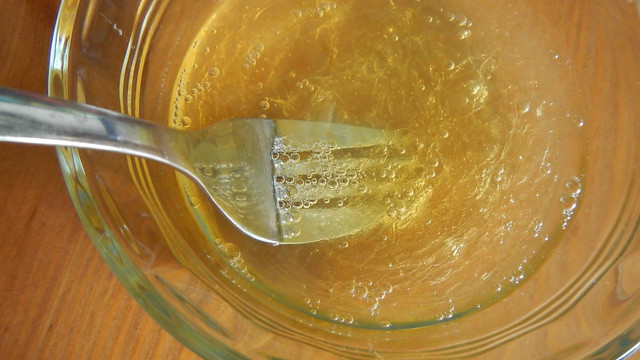 Then I preheated the oven to 375°F and rolled out my two sheets of pastry onto parchment paper. 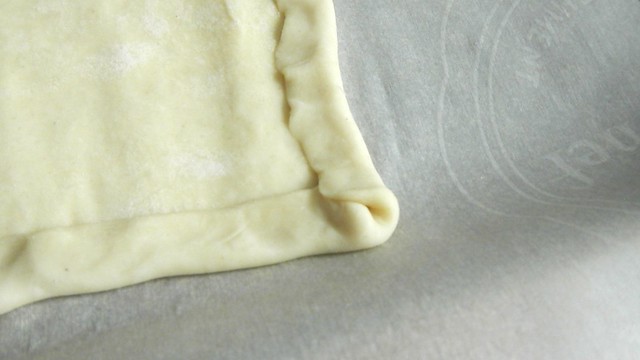 I added a few spoonfuls of my custard mix and smoothed it out with the back of a spoon. Not too much – you don’t want it spilling everywhere once it heats up. 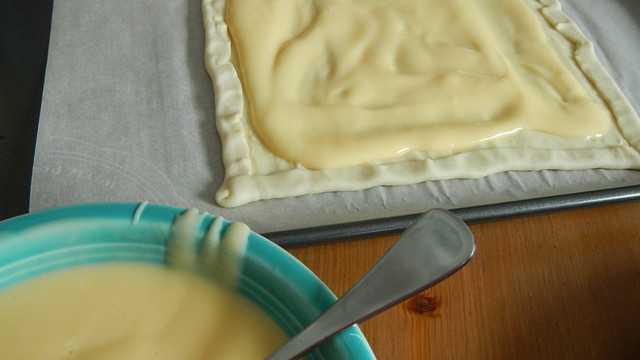 Then I laid out the fruit. This one was all fig. 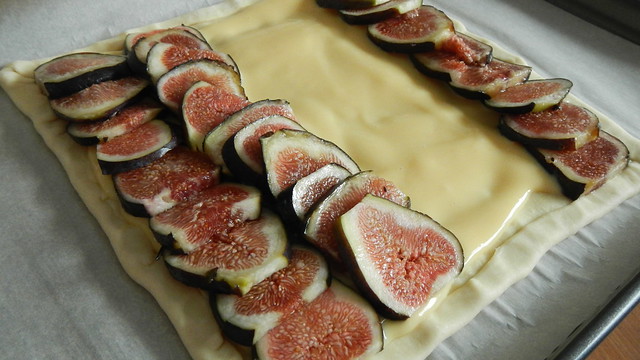 This one I alternated fig and strawberry. 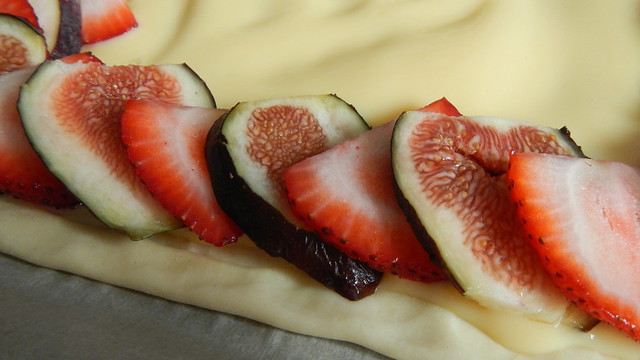 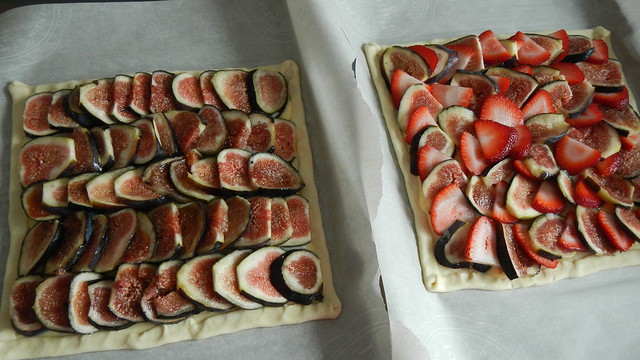 Then I took a silicone brush and smoothed the egg white glaze over the fruit. I shoved those in the oven, one at a time, for about 25 minutes. Keep an eye on them to make sure the glaze and the custard aren’t burning. 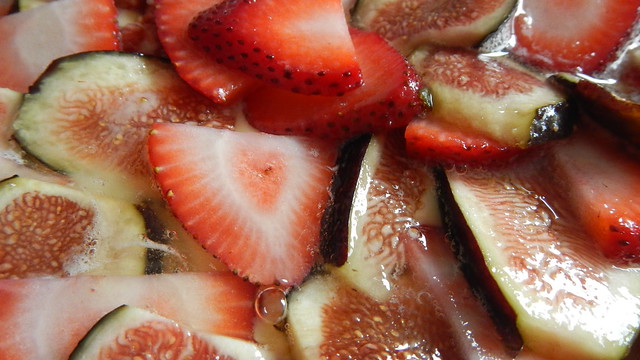 Let those puppies cool almost completely before cutting them up. 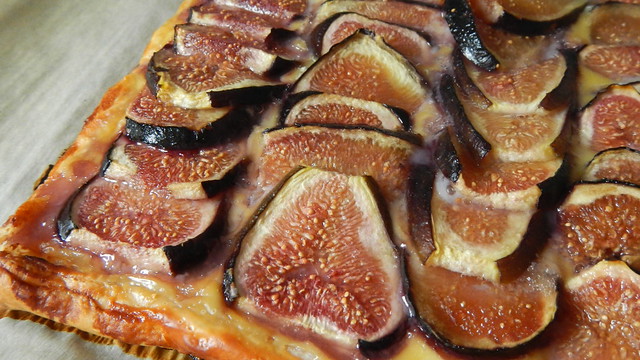 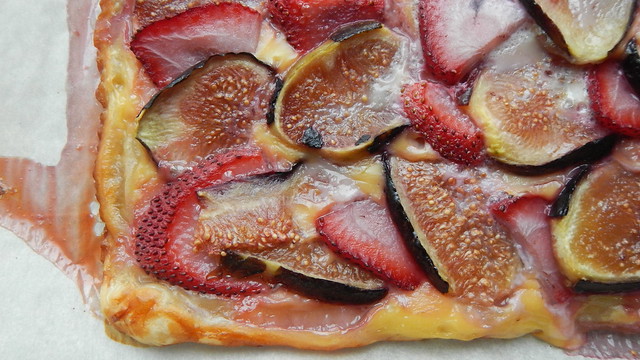 I still had some glaze and strawberries and custard left, and there was a cup of that delightful rhubarb curd I made earlier. What should I do? 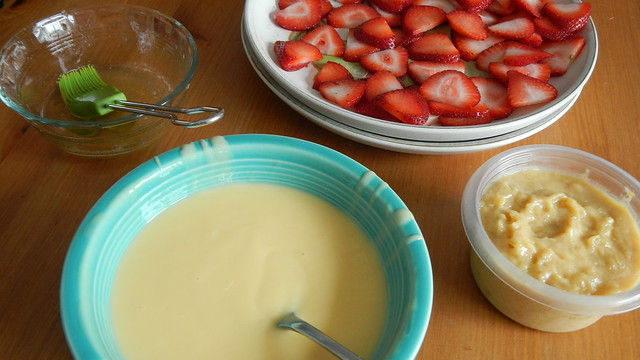 I decided to whip together a wee bit of shortbread (butter, sugar, flour), which I pressed into a pan and baked at 375°F for 15 minutes. 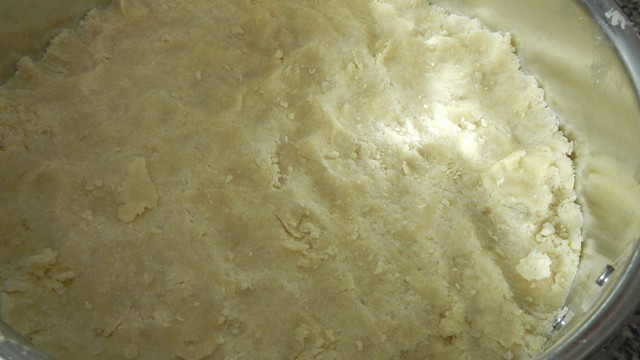 Then I mixed that gorgeous curd into the custard I had left over. 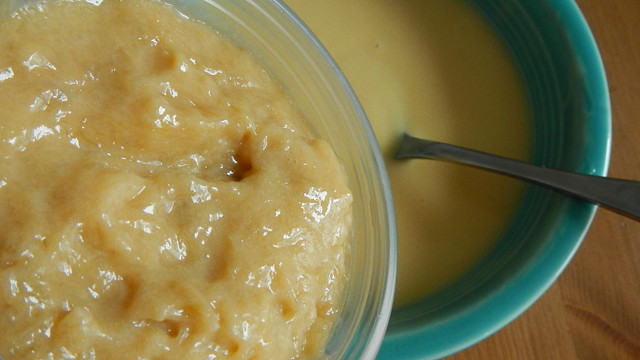 Poured it into the pan on top of the shortbread. 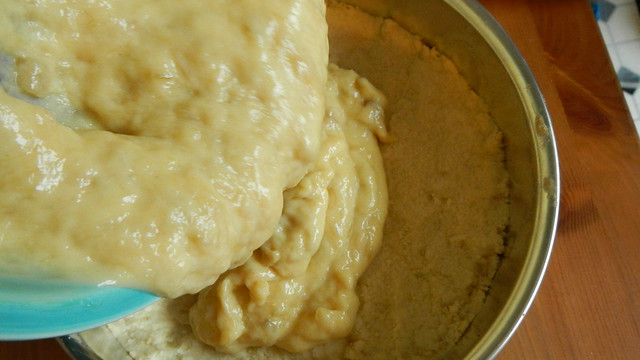 Then lined it with the strawberry slices. 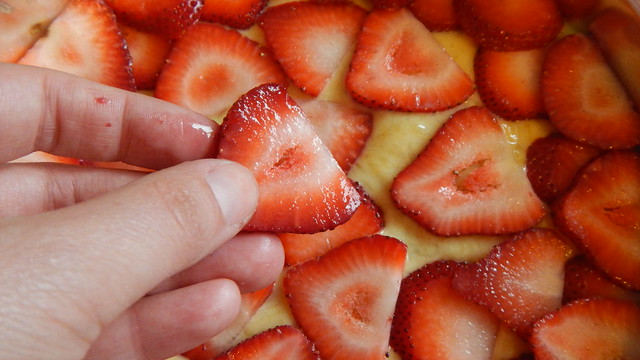 Glazed it with what was leftover. 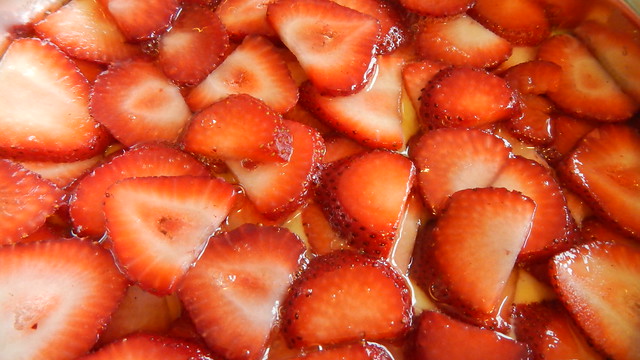 And then I baked it for about half an hour. It’s kind of like a rudimentary flan. It was so tasty! 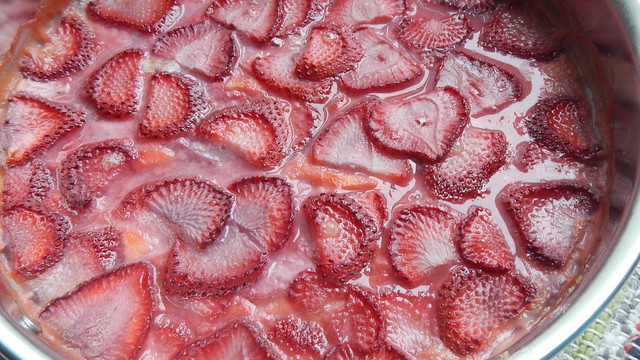 And so was the tart! 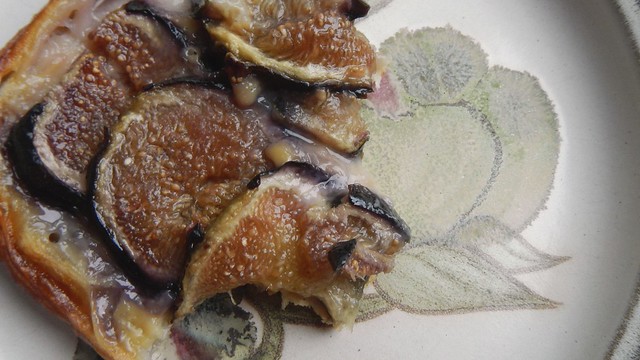 7 thoughts on “Some Tarts, of Sorts”