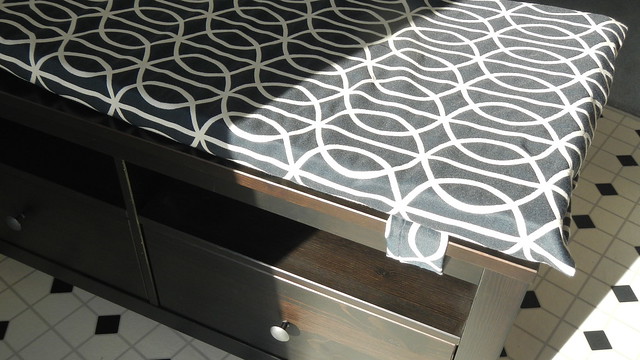 Cait and I share a calendar, because when you live on totally opposite sides of the city it makes it easier to stalk each other. So when we planned for this particular DIY event (because we are that nerdy), this is the title Cait gave it in the calendar. So that’s the title you’re getting.

Cait commandeered a large amount of shelving and other furniture from her aunt’s house and wanted to incorporate it into hers, but with a twist. So this little bench thingy? It’s a little underwhelming as-is, and because all the furniture Cait got was black, the colour is a bit much. 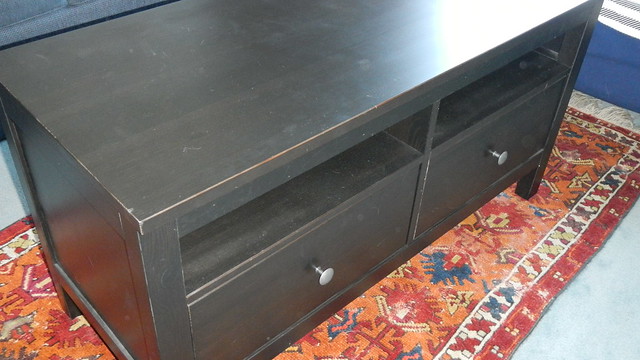 We’re gonna jazz it up a little and soften it up a little as well by adding a cute cushion to the top of it. Maybe two different cushions, for variety’s sake. We didn’t take any measurements, and who knows if your furniture is the same size, so this is just a series of photos for you to take inspiration from.

I did get to cut through some 2″ foam padding with a bread knife which was satisfying. Holy moley though foam padding is expensive! 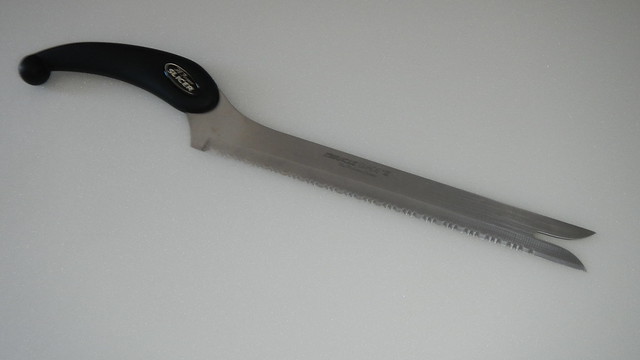 Pinning it in place and making sure there was enough overlap on the seams. 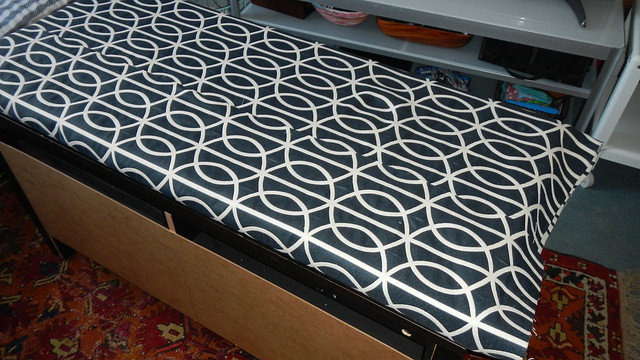 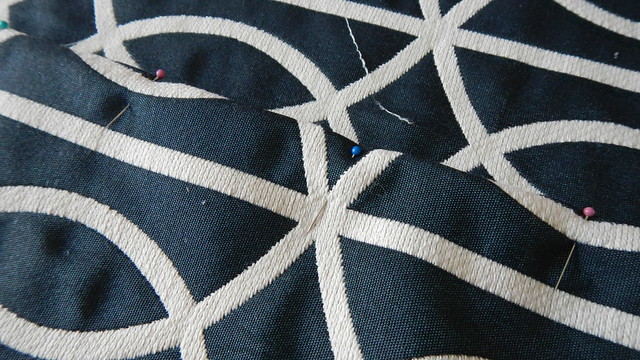 You can’t tell in this photo but I’m actually in mid-pin-stab and am about to yell some bad words. I hate sewing. 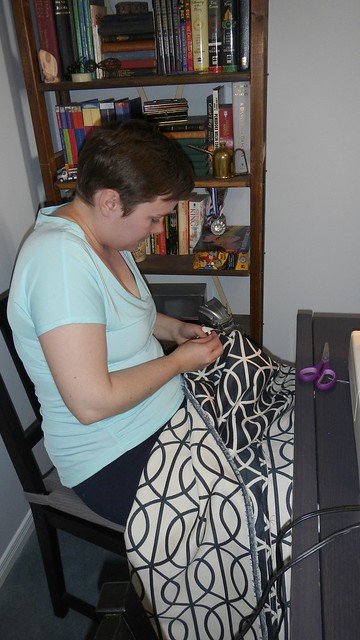 Okay so in addition to the grownup one we made a Batman one too. You can see Cait in the background, sewing snaps on the other cushion. She also hates sewing. 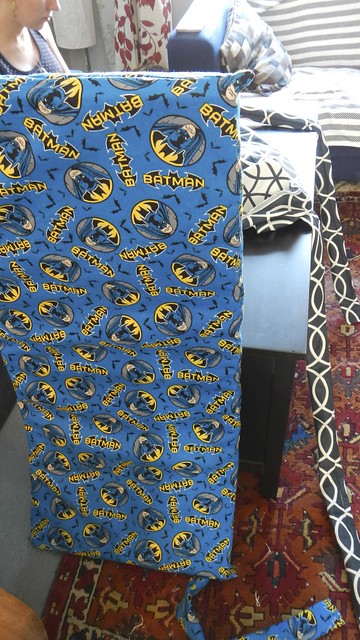 We used velcro and sewed straps to hold the cushion onto the bench. Luckily the bench is actually some kind of entertainment console so we could thread the straps through the holes easily. 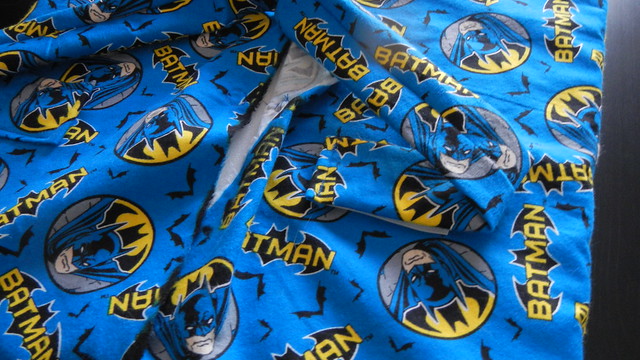 Adhesive velcro rocks for getting things where you want them exactly. You do need to sew it afterwards, which is a total pain, but it is a useful thing. 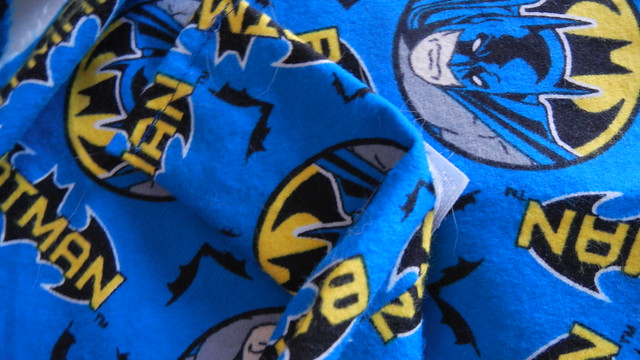 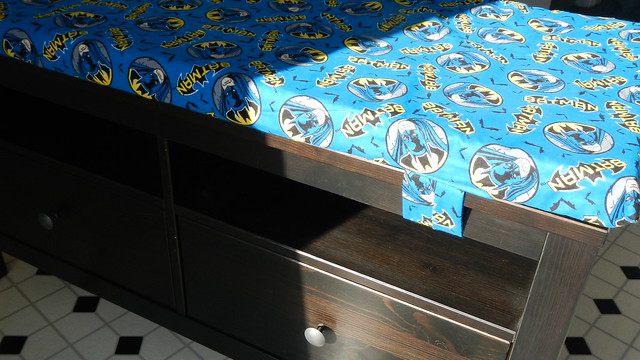 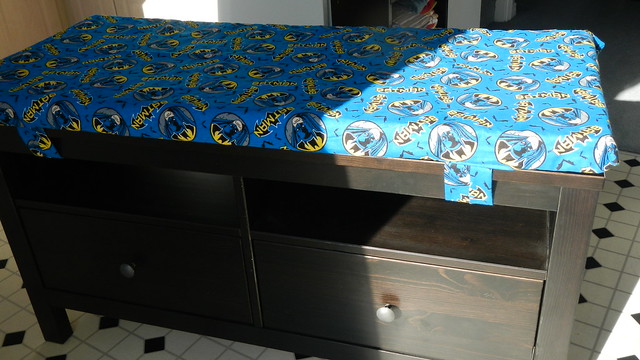 The grown-up one is nice, too. The fabric is reversible so I’m also making Cait some small square cushion covers to accent the whole thing. 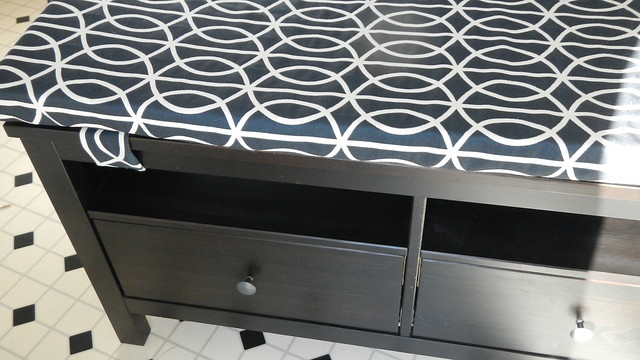