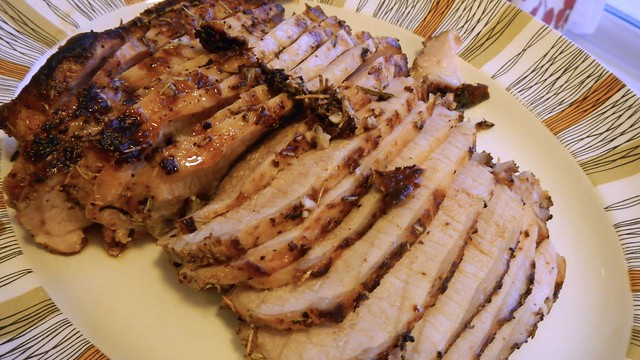 I made this pork roast for a recent dinner party and it turned out so perfectly I’m still thinking about it several days later. Start with a boneless pork loin roast. This one is a little over 1kg (I was serving 6 people at the dinner). Unwrap that and give it a quick rinse, then set it on a plate for a second. 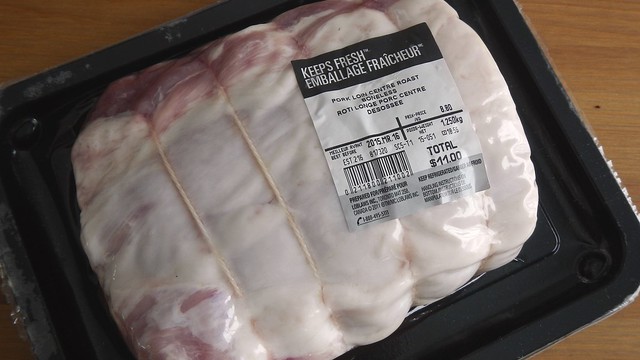 In a small bowl, mix together 1/4 cup olive oil, 8 cloves minced garlic, a bunch of coarsely chopped rosemary leaves (I used half fresh and half dried because I’m defenestrating my rosemary plant too quickly these days), 2 teaspoons kosher salt, and 1/2 teaspoon freshly ground black pepper. 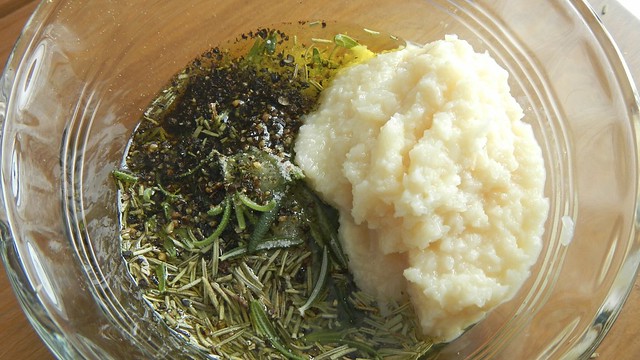 This is your delightfully garlicky marinade. 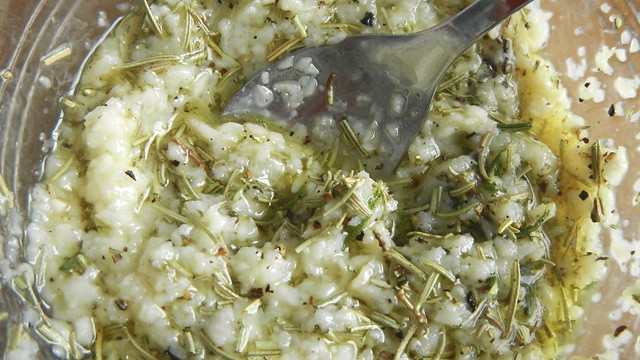 Rub it into the flesh and fat of your pork loin (don’t be shy – get it in there good), then shove the meat into a sealed plastic bag and chuck that in the refrigerator, preferably overnight. 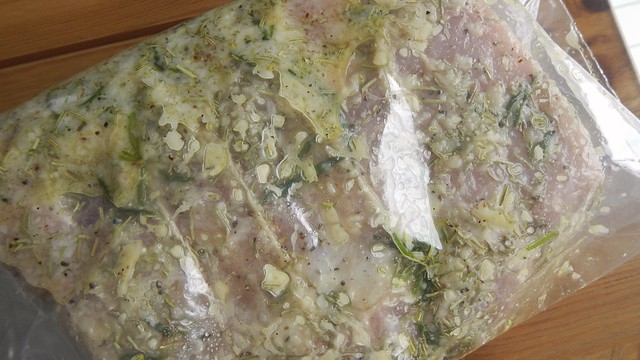 Bring the pork out of the fridge at least half an hour before you’re ready to cook it. Preheat your oven to 400°F and scrape most of the marinade off the meat. I cut the little strings as well while I was at it. 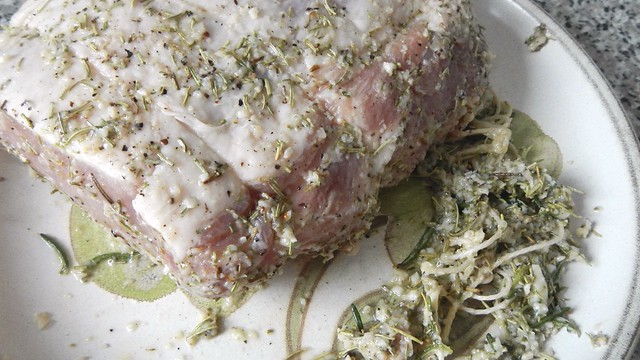 Grab a cast-iron skillet and set it on a burner at high heat. Tip in about 2 tablespoons olive oil and heat that until it starts to shimmer. Carefully place your pork into the skillet and cook it, rotating carefully, until it’s brown on all sides. 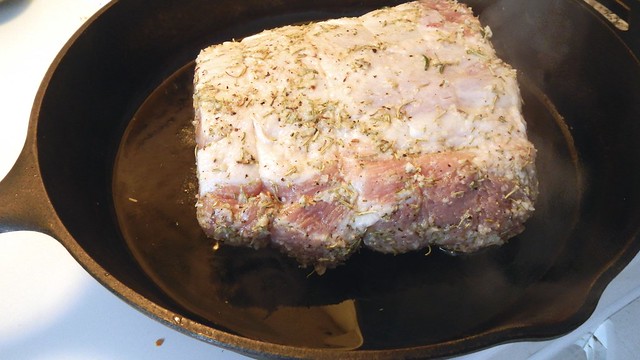 This should take about 5-10 minutes. You may want to turn your fan on as it can smoke a bit as the garlic and rosemary burn in the oil. 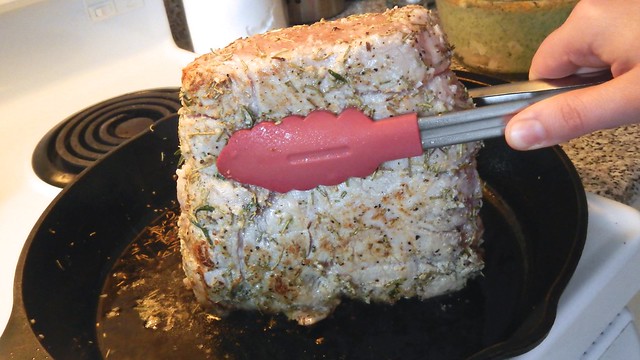 Shove the whole skillet into the oven with the pork lying fat-side-up and roast for 45 minutes or so, until the internal temperature reaches 135°F. Let the roast rest for about 15 minutes before slicing it into deliciously tender slices. 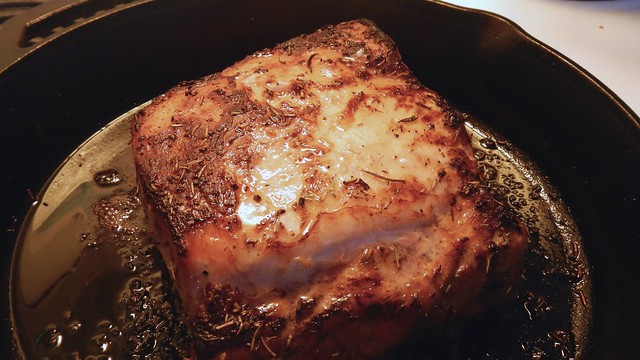 We served ours with a dollop of red pepper jelly and it made the night! 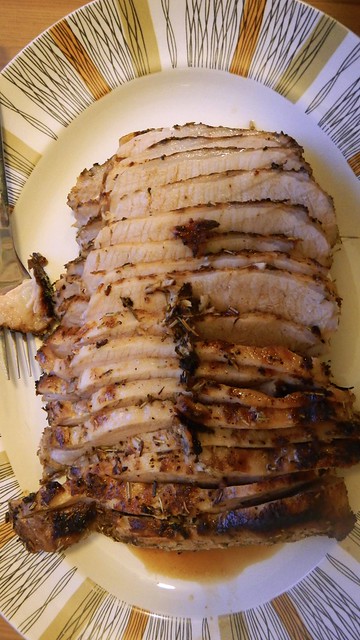