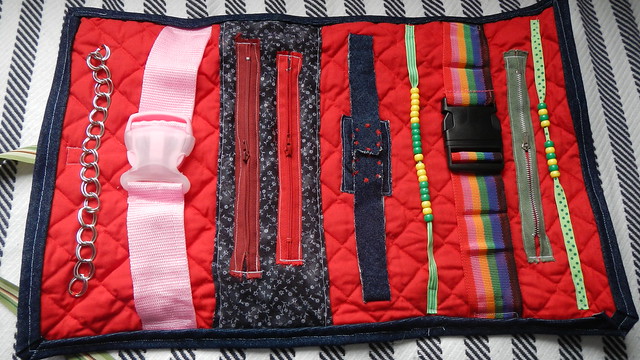 Here’s another pair of presents I made for Rosa and General Zod at Christmas (they’re only four months apart in age so I can get away with getting them the same thing for a while). It’s a good little distraction to take along with you in the car or at the doctor’s office or wherever you have to sit in one place for a while. 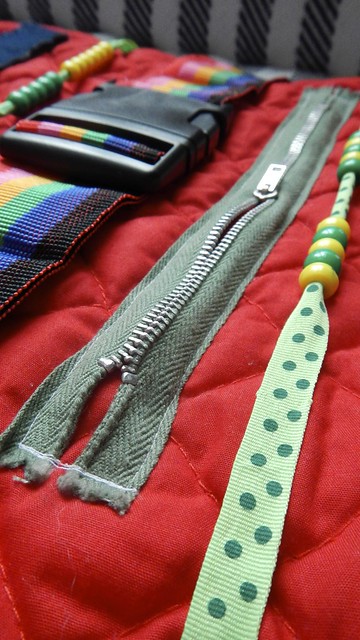 You will need some fabric for the inside of your little book and some for the outside. I used a quilted red cotton (from the Pie’s caddy) as the interior and a thick denim for the cover. I originally planned to use velcro to keep the book closed, which is why it’s in this shot, but I ended up going in a different direction. 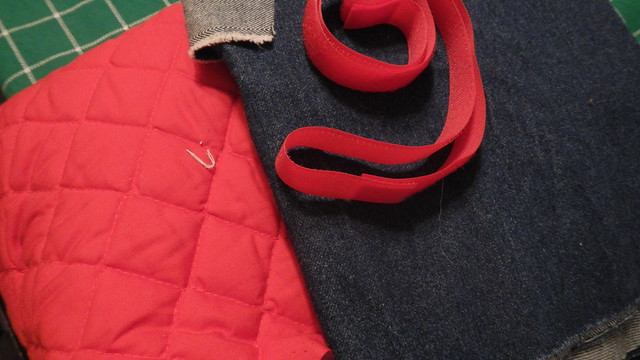 You will also need assorted notions for sticking inside the book: zippers, ribbon, beads, buckles, snaps, and I even picked up a jewelry chain I thought might be of interest. Some of this stuff I picked up at the dollar store and other bits I scavenged from my mother’s sewing room. 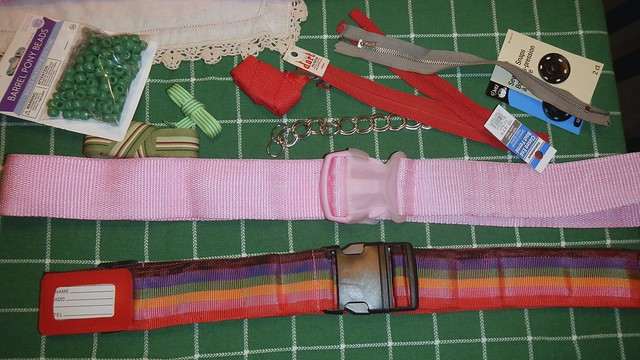 I strung some plastic pony beads onto some narrow ribbon. 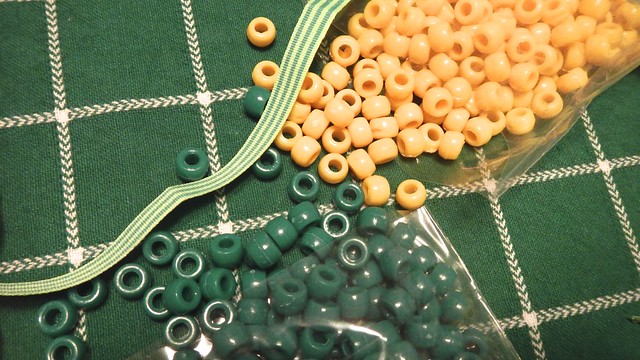 I realized after I planned everything out that I had red zippers on a red background, which wasn’t particularly appealing, so I grabbed a contrasting cotton to slide in underneath. 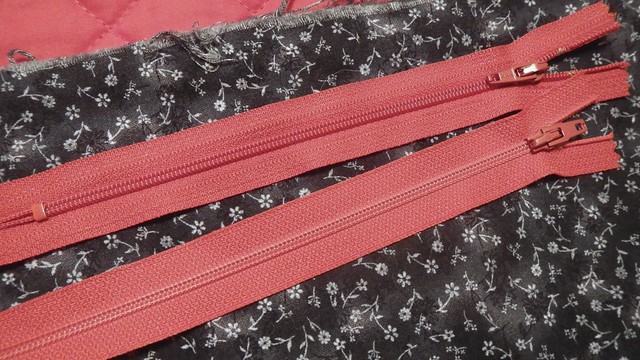 So this is everything laid out as I want it in my “book” (which is more like a scroll, if we’re being honest). 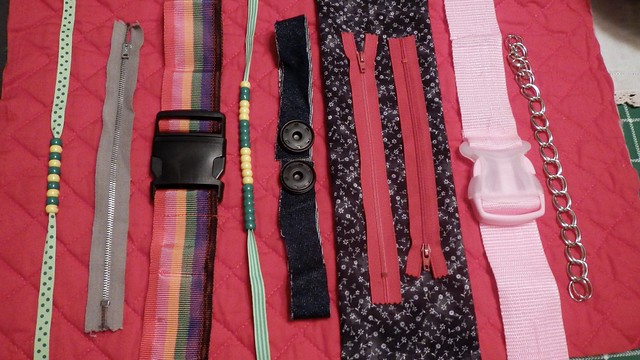 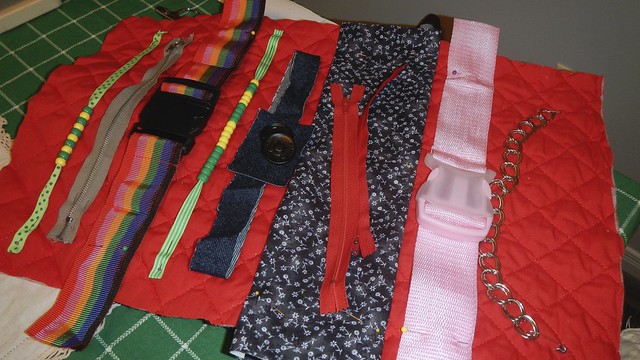 And sewing it all into place. Make sure you sew it on securely – toddlers can destroy pretty much anything. 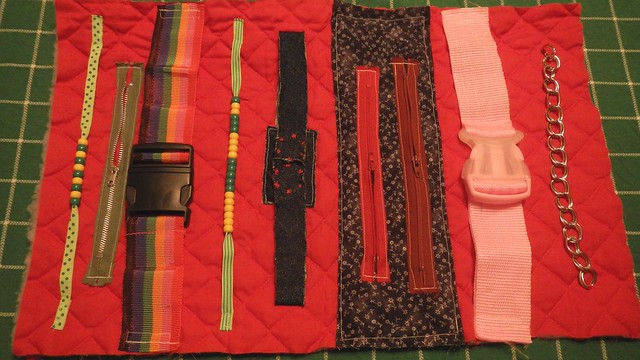 Time to put a backing on it. This is a general idea of how it will roll up. 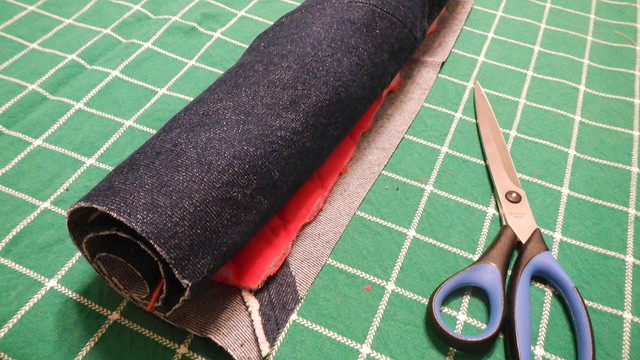 There was more pinning, and more sewing. I even mitred the corners, which I learned how to do a few Christmases back. 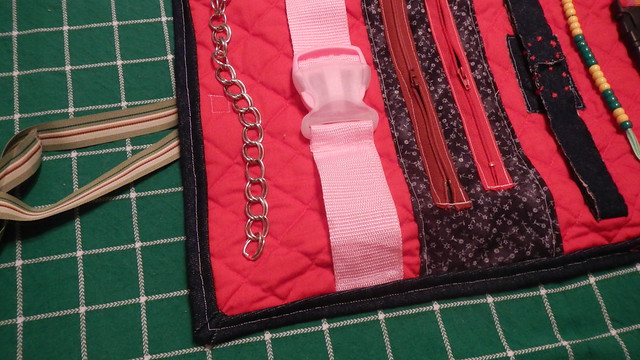 Then I added on a wide grosgrain ribbon that would tie it shut and was also long enough that you can tie it around a chair back or car seat so it doesn’t go anywhere. 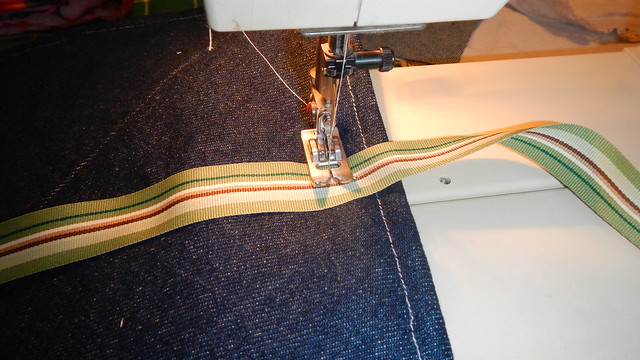 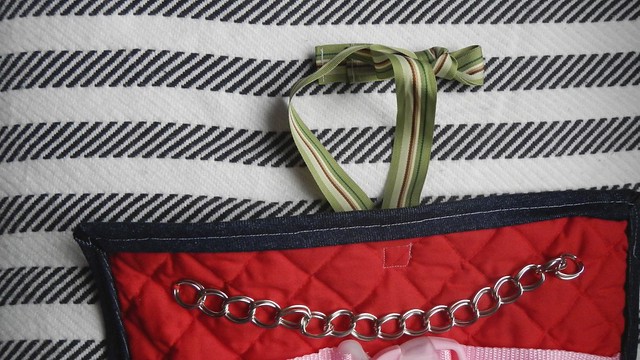 The finished interior’s got zippy zippers. 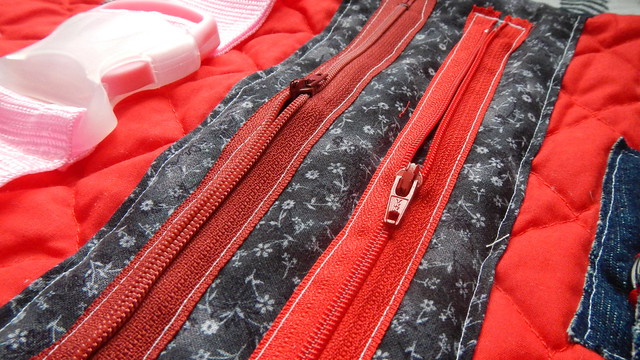 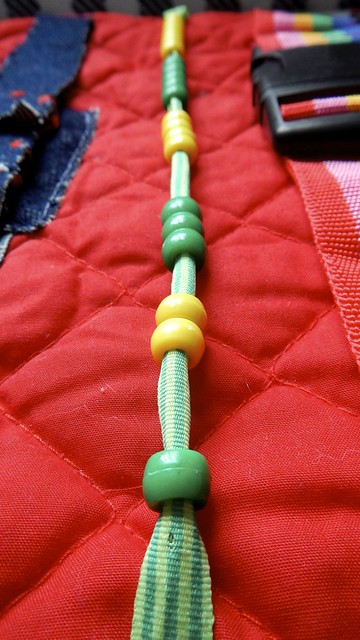 And slinky chains and clicky buckles. 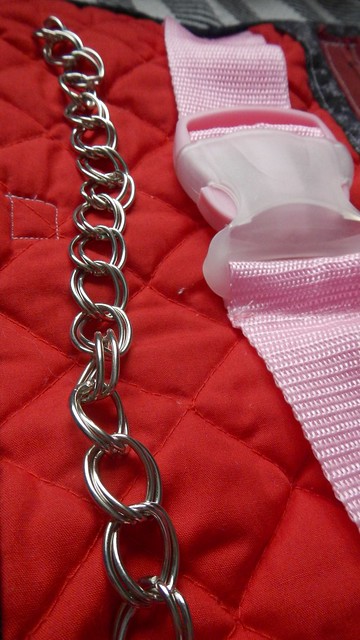 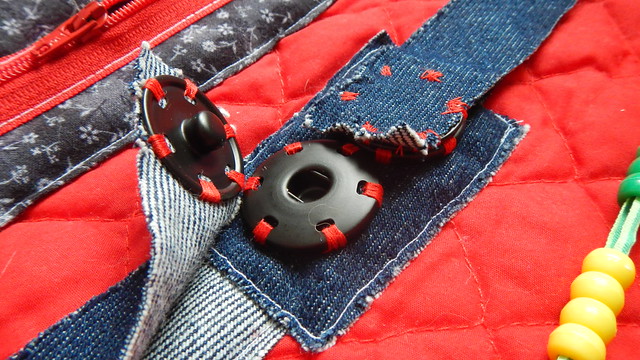 And all wrapped up! 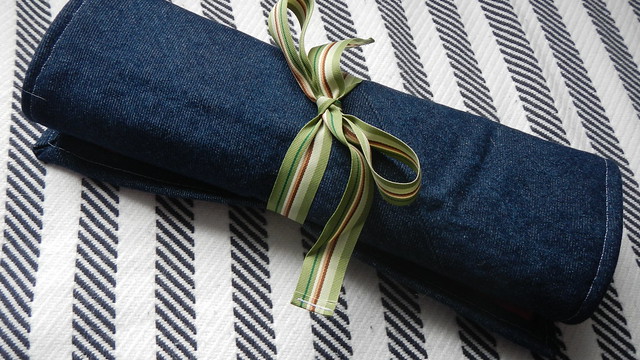