Happy Christmas Eve everyone! I wish you all the best and the happiest of the holiday season. 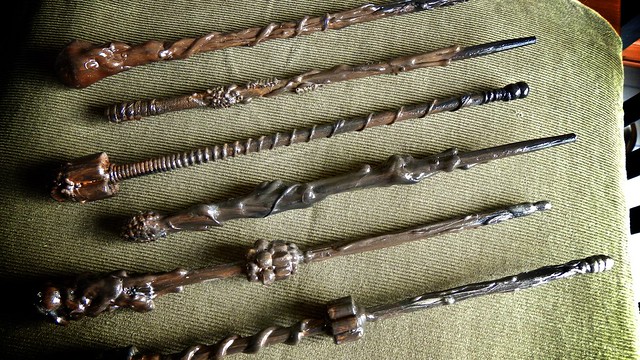 Everybody knows one. There’s at least one in every family. Sometimes there are several. 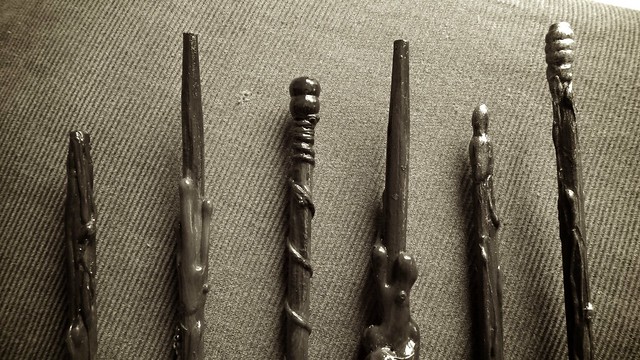 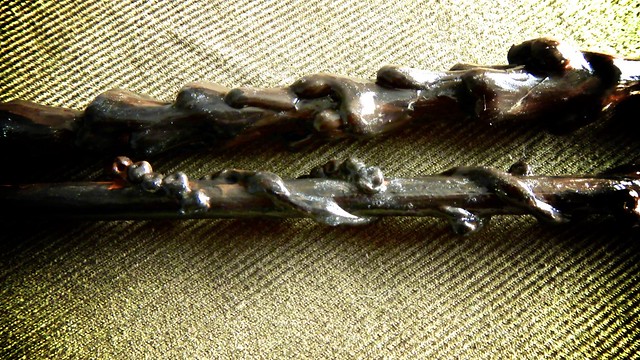 I found this amazing tutorial on DeviantArt to make Harry Potter-inspired wands a couple years ago and I’ve been saving it for that special someone in my family.

Items you will most def need: chopsticks. I have six of the normal kind you get in fast food restaurants, and then a set of cooking chopsticks, because some wands are longer than others, after all. 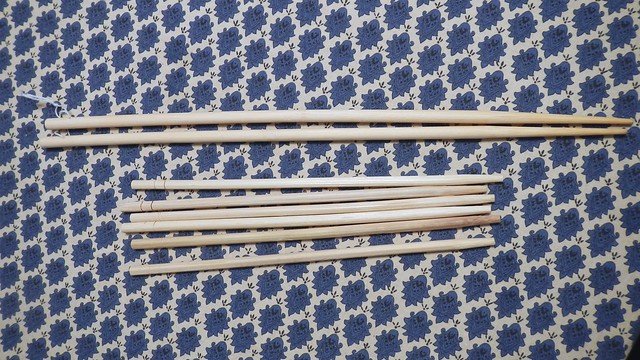 You will also need a hot glue gun and appropriate hot glue sticks. Kind of key. You’re going to use a lot of glue for these so be prepared! 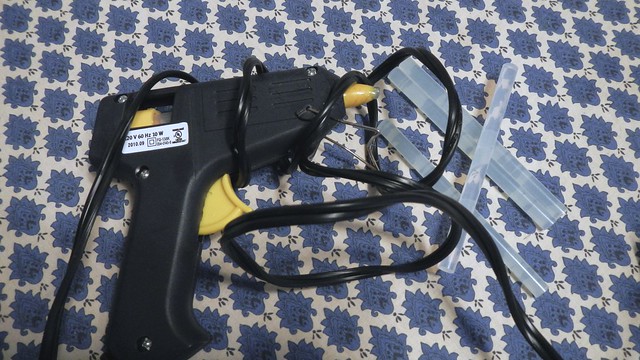 Optional are beads. Plastic, wooden, whatever. Doesn’t matter what colour. I also added some string. Because I like string. 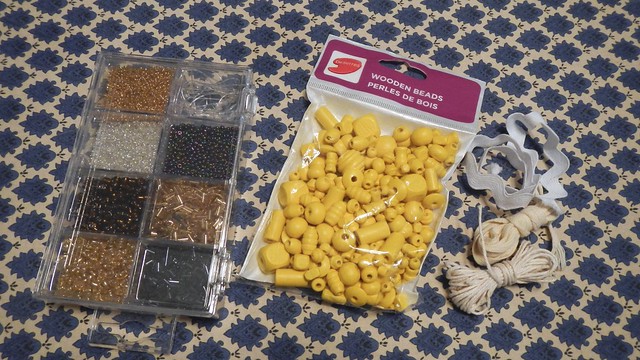 Then I sat myself down with one of her favourite television shows to inspire me and I got to work (I probably should have watched Harry Potter but I’m on season two on Netflix and things are really starting to get good!). 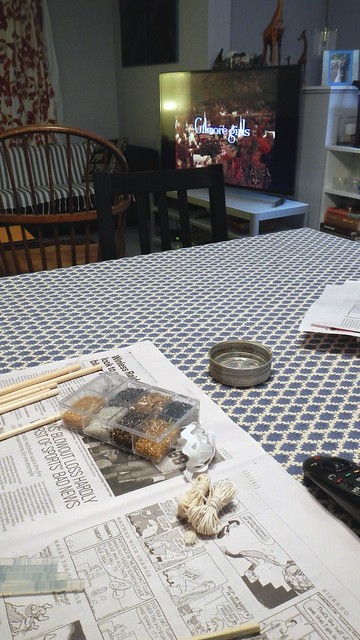 From here what you do is pretty much up to you. I glued on some of the larger beads at the butt end of the wand as kind of a backstop. 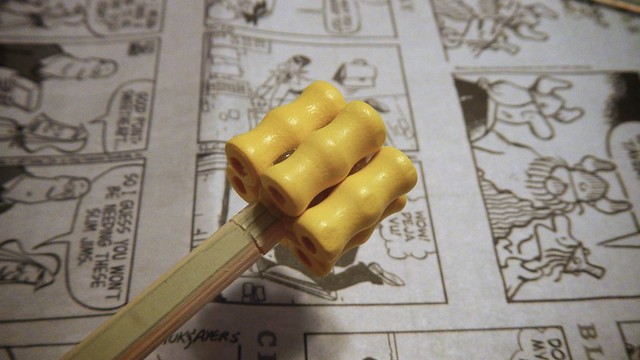 And one on the tip as sort of an extender. 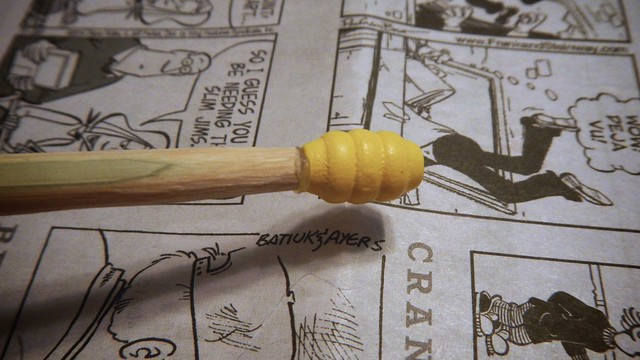 Then I added some texture and filler with glue. 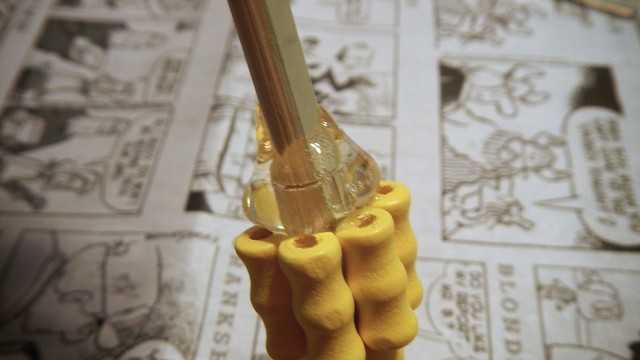 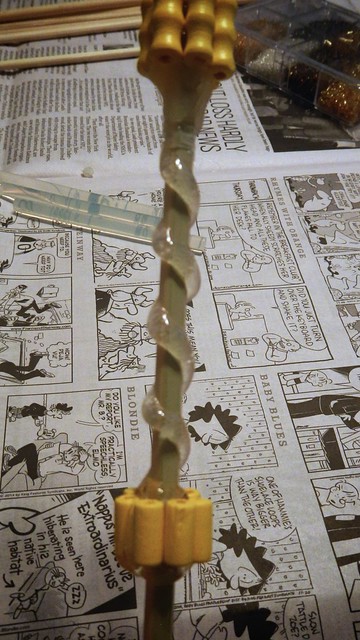 On this one I went with some string and some small beads. 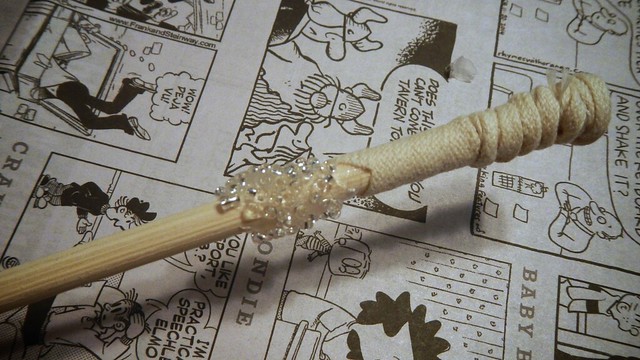 Here I let the glue and gravity do their thing. If you use the high setting on your glue gun the glue will stay liquid for longer. 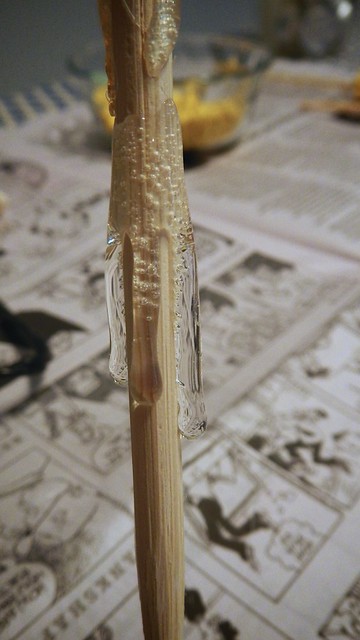 You can roll almost-cold glue between your hands to shape it but I tend to burn myself so I didn’t do that. I just let the glue cool unadulterated. 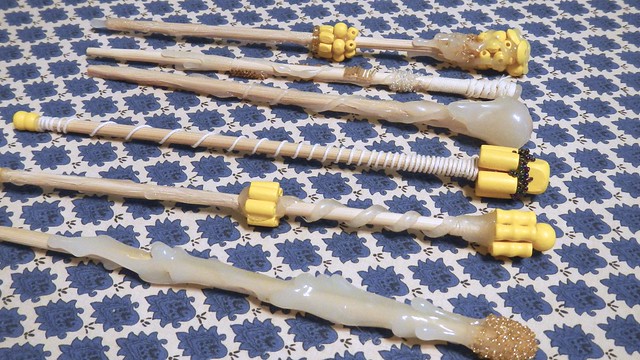 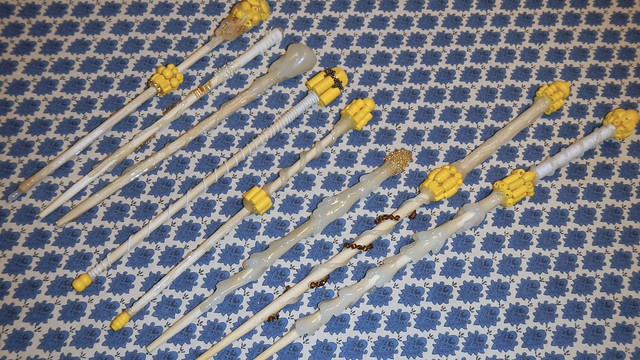 Now you can paint! I used craft paint, in a few different shades of brown. I painted the tips of the wands a darker brown, almost black, because I figure if they’re shooting sparks all the time they might get a little singed, right? I also added bits of silver here and there. 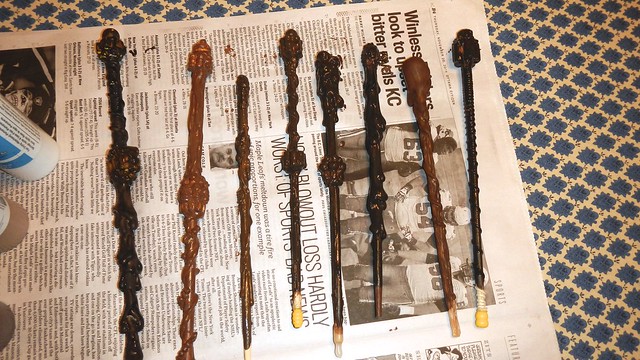 After the paint dried I coated each with a liberal layer of gloss Mod Podge and let that dry overnight. Any other form of sealant would work well – but you should definitely seal them with something because craft paint will just scratch right off hot glue. 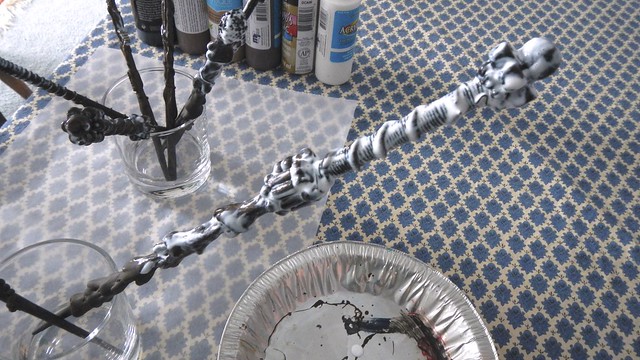 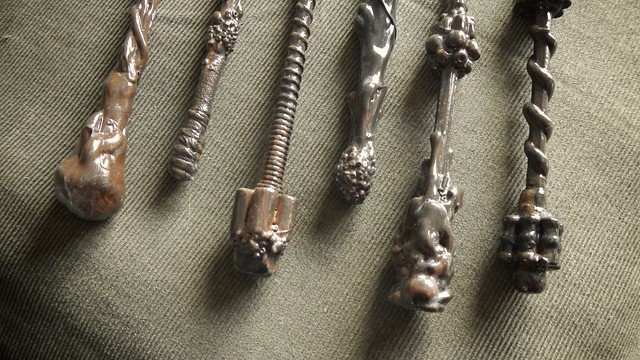 I’m not sure what she’s going to do with EIGHT MAGIC WANDS but that’s really not the point of this whole exercise, is it? 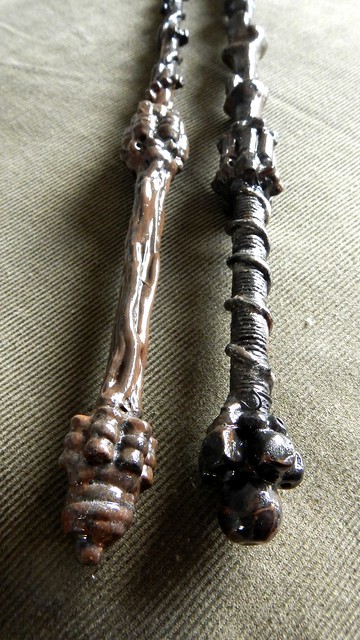 11 thoughts on “A Magic Christmas Eve”