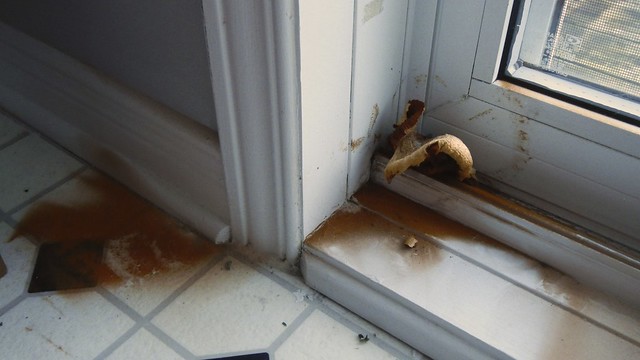 Two days after we came back from our week in NYC, I pulled aside the back of the curtain hanging at our balcony door and discovered a giant pile of orange dust. Everywhere. 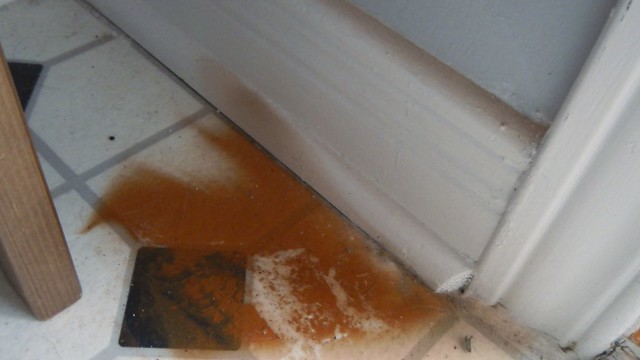 A MUSHROOM was growing on the inside track of my balcony door. 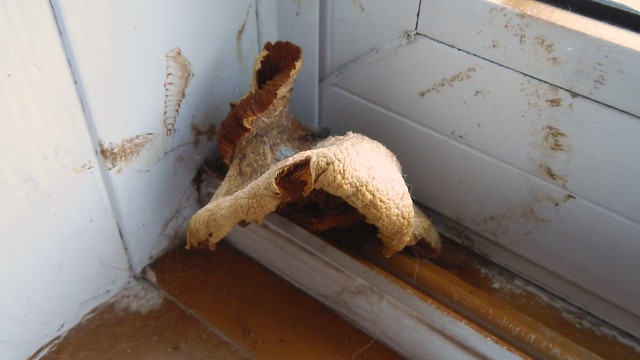 And I looked outside and there was its twin, growing happily between two of the boards on the deck. 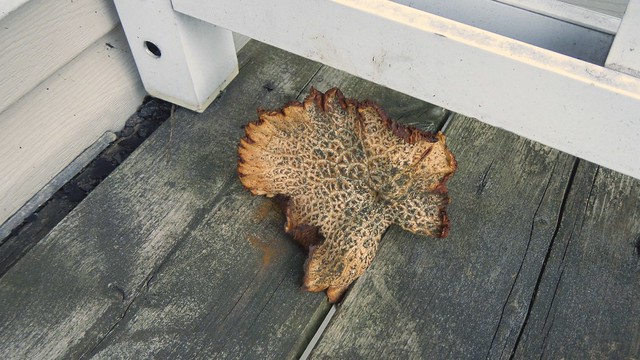 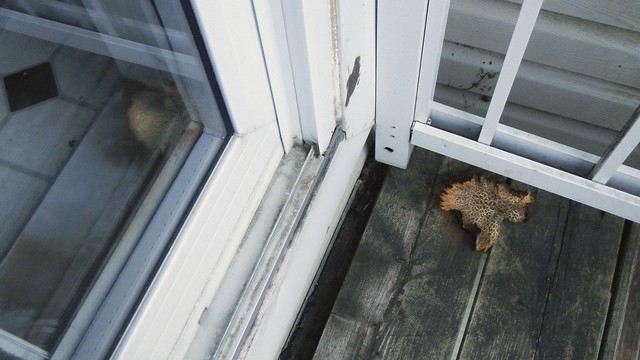 I hazmatted up and sprayed everything inside and out with bleach, which turned the orange spores pitch black. Gross. I took down the curtains, too, and washed them with vinegar. 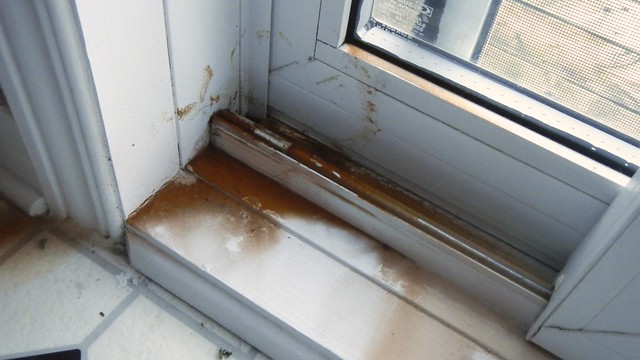 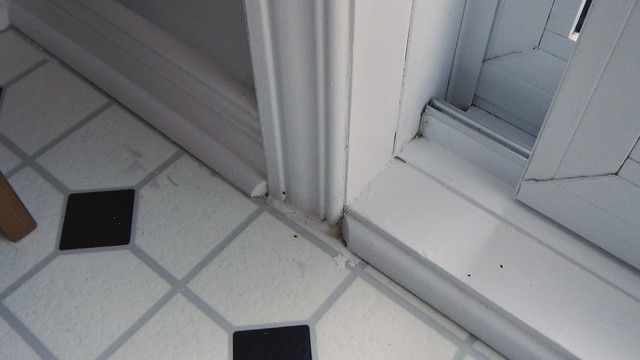 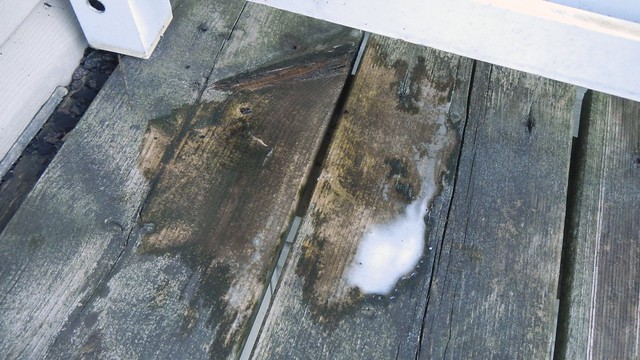 The thing is, the day before we left, we finally had eavestroughing installed on our roof, which meant that now we didn’t have water pouring at a million pounds per second onto the planking of our (now rotting) deck. So because it was now protected, I figure it gave the fungus a chance to show itself. I’m less clear on how it got INSIDE the house, though I suspect the seal on the door isn’t that great, seeing as I’m forever cleaning up water spots on the interior of the one downstairs. 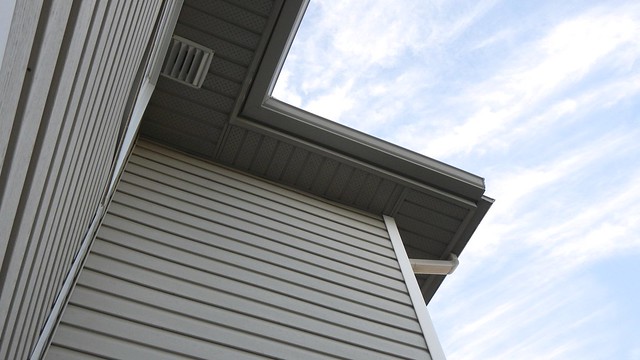 Just in case this ends up being alien spawn or the portent of the next apocalypse-bringing plague, let the record show that I’m keeping the mushrooms in a Ziploc bag in my garage in case the CDC or NASA needs them later. 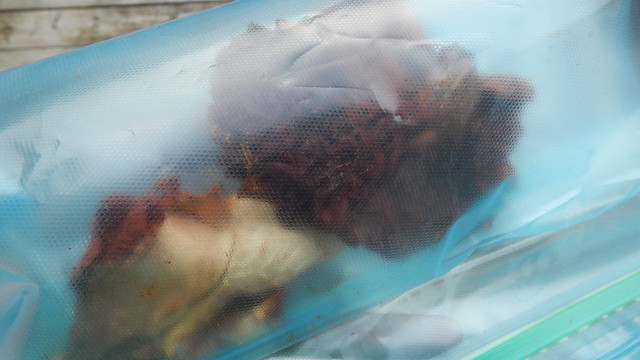