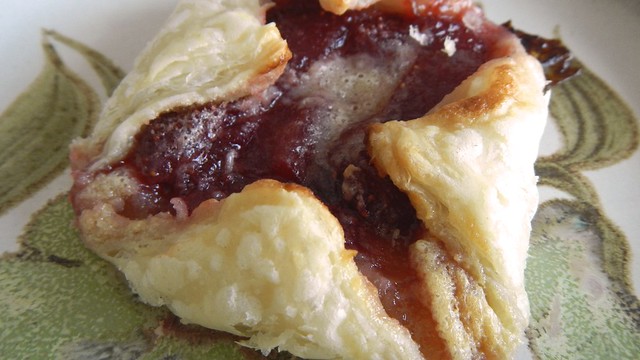 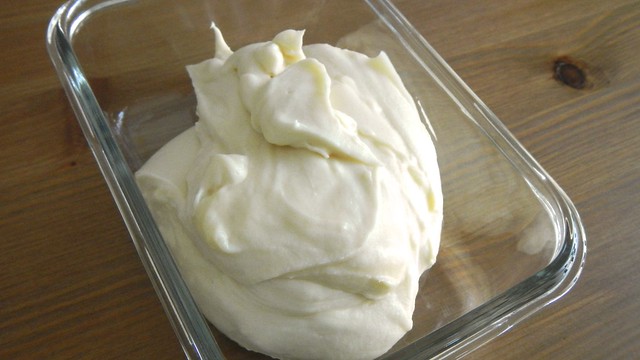 I had also chucked in there some strawberries that I had stewed when they were on their last legs, so they were pretty much freezer jam.  There’s about 3 cups in here I think. 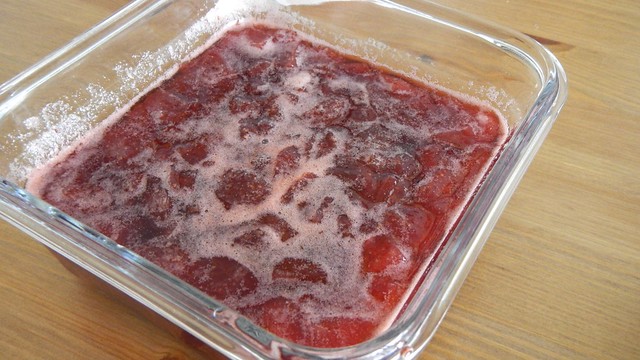 Then I bought some puff pastry.  So this thing had to happen.  First, I preheated the oven to 375°F and lined some baking sheets with parchment paper.  Leave your puff pastry in the fridge until you need it or it will be soggy and hard to work with. 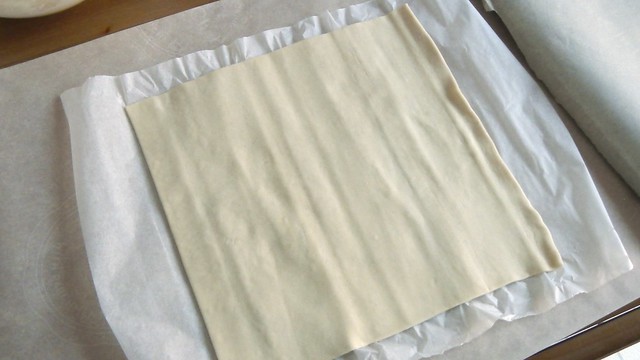 Then I cracked 2 eggs into the cream cheese frosting (you can find the recipe in here) and beat it until it’s smooth. 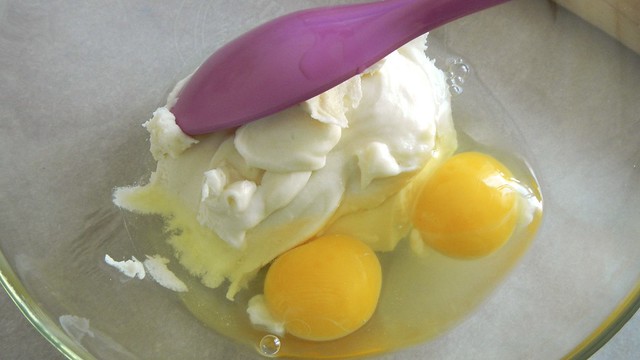 I laid out the puff pastry (pre-rolled, woo!) and cut it into 9 squares. 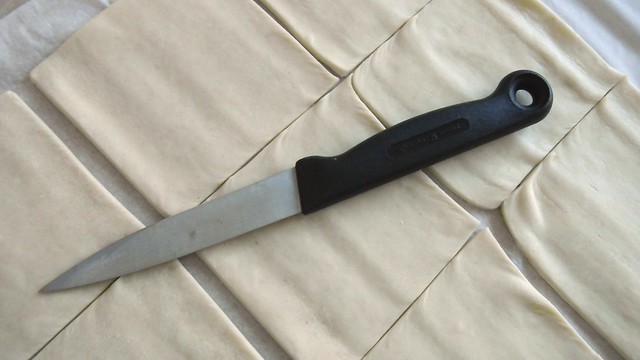 I put a teaspoon of the cream cheese batter in the centre of the square and followed it up with one of fruit. 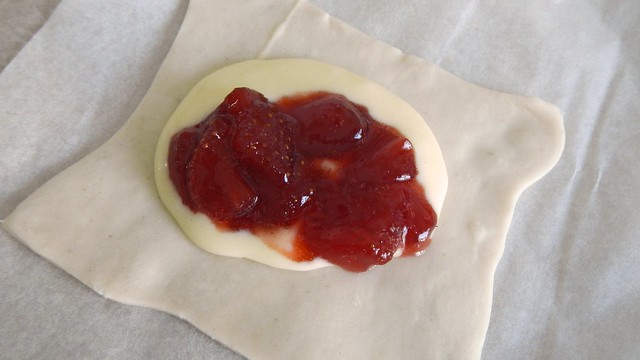 Then I pinched the corners together and sealed it as best as I could (which turned out to be not very well) and bunged them in the oven for about 12 minutes, until the pastry was golden and the innards were solid-ish. 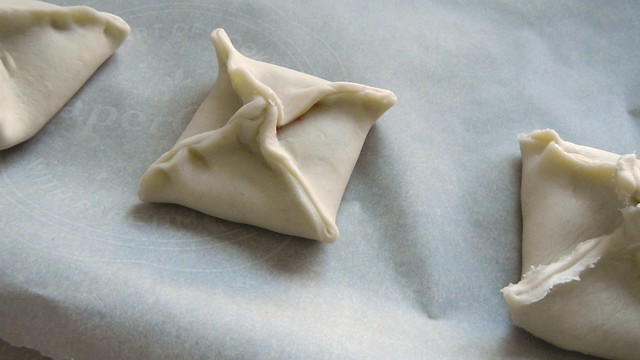 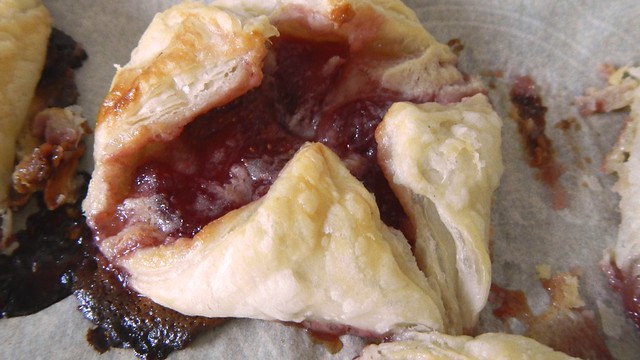 I still had plenty of cream cheese and strawberry stuff left and the oven was already on, so I added them together and chucked in about half a cup flour plus 1/2 teaspoon baking soda. 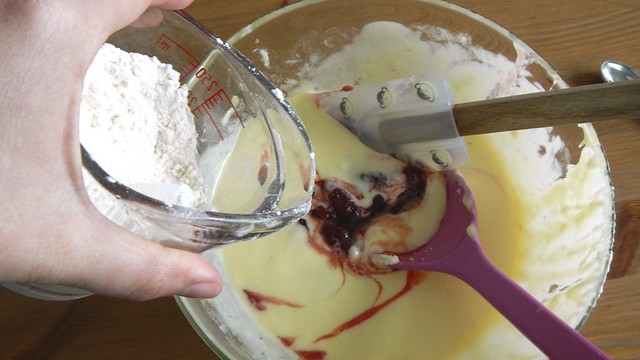 I scooped that into cupcake cups, and baked those for another 12 minutes, until the centres came out clean when tested with a toothpick. 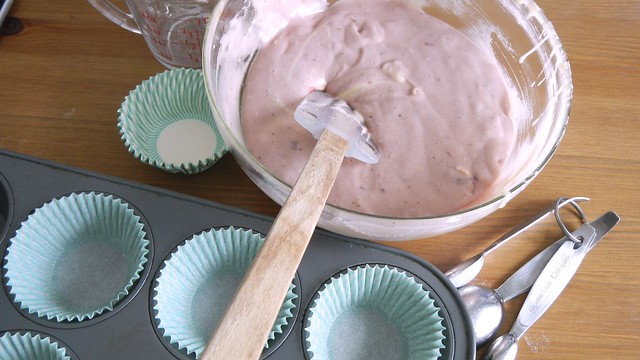 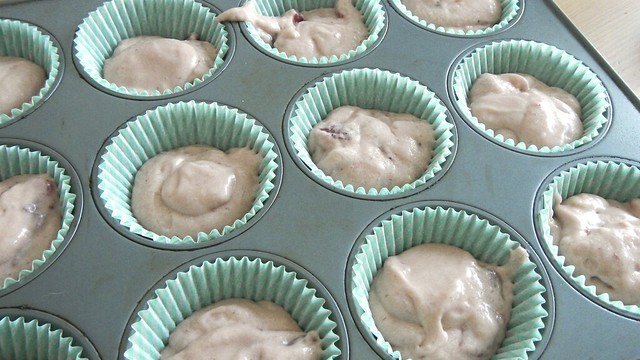 Those also went on the rack to cool. 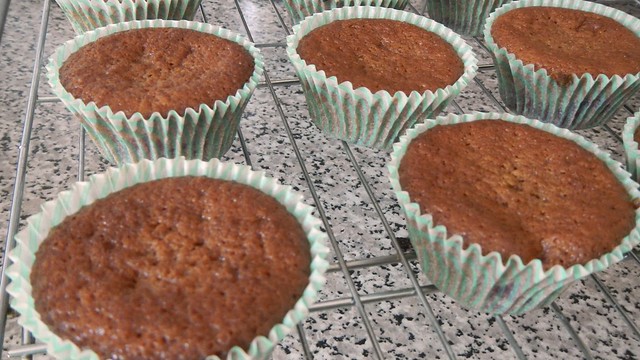 And now I have dessert for our softball team, made from stuff I had in the freezer!  One of the people I fed it to dubbed the pastry bits “Jammy Fantastics,” which I kind of like. 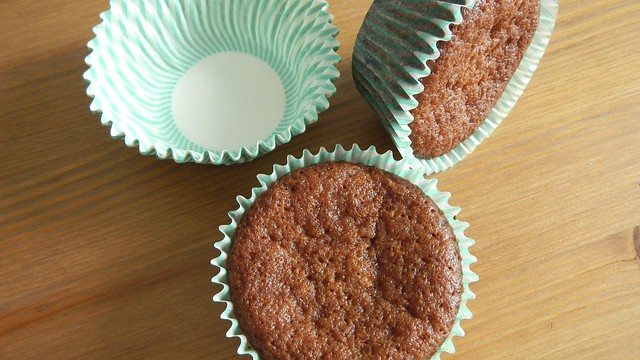 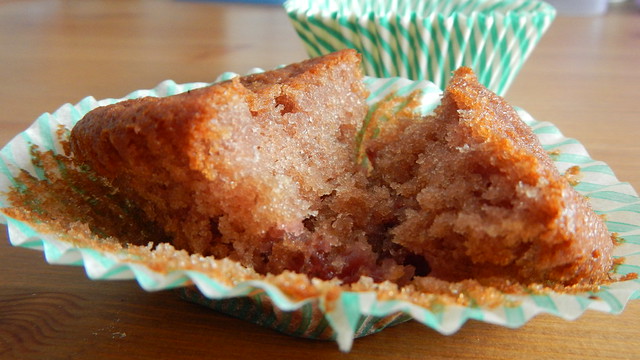 12 thoughts on “Playing with Puff Pastry”