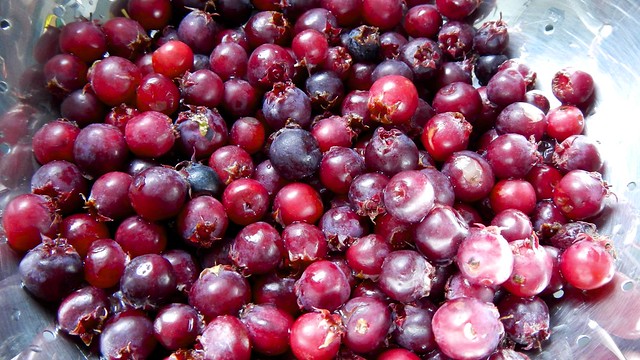 These are what we in Ontario call serviceberries.  You might know them in other parts of Canada as Saskatoon berries.  A member of the rose family, they grow on medium-sized shrubs or trees, and have a consistency not unlike a blueberry.  They’re a major ingredient in the Northern staple of pemmican.  And they’re delicious. 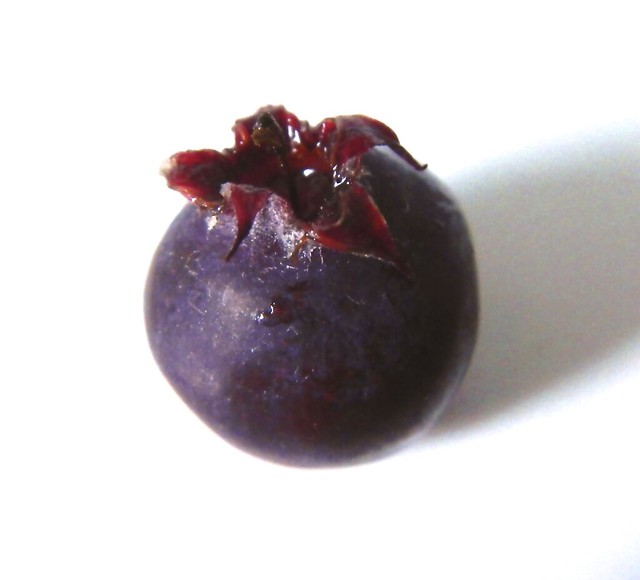 The housing developer in my neighbourhood seemed to like them as well, because you’ll find them planted in the front yard of every third or fourth house, and the various little parks throughout the development are scattered with them.  There are no less than six fully mature serviceberry trees in the main central park, and each one is absolutely loaded with nearly ripe berries. 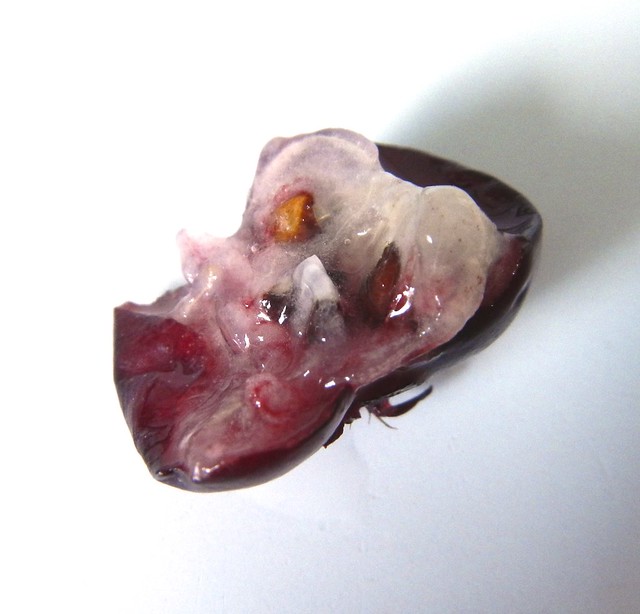 My parents have a serviceberry tree, but every year the birds get to the fruit before my dad can pick it all.  For some reason that I don’t understand, the birds in my neighbourhood have not discovered these things yet, and they’re all getting nice and ripe (in fact, by the time this is posted they’ll be damned-near perfect).  I don’t think the people here have discovered them yet, either.  I think it has something to do with the fact that serviceberries are not sold commercially here and so may be hard to recognize as edible. 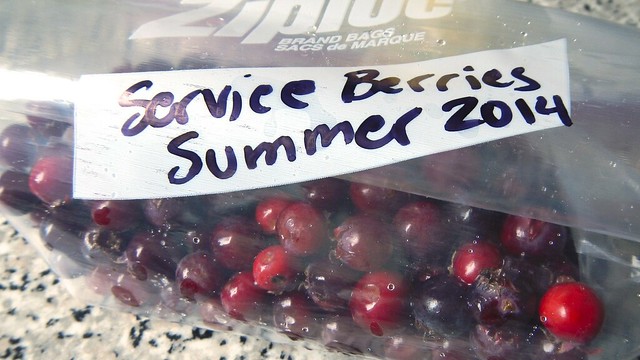 So the gist of it is this: there are all these lovely fruits dying to be put in pies and jams (and some nifty Northern recipes I have lying around), and nobody is taking them.  I would never pick the berries out of people’s yards, but the ones on City property I’m feeling more ambiguous about.  So I thought I’d ask you, in Ali Does It’s first ever poll: should I pick them or should I leave them be?

Due to the overwhelmingly “for it” responses I have received, I started bringing a little baggie with me on dog walks and picked some more while Gren rested under the trees.  This morning I discovered that the birds had finally figured out where all the good stuff was and there were only three trees left with any berries still attached (the rest will be gone by tomorrow, I guarantee it).  I went back out without the dog and now have a little over 3 1/2 lbs of berries in my freezer.  Stay tuned for serviceberry deliciousness to come!