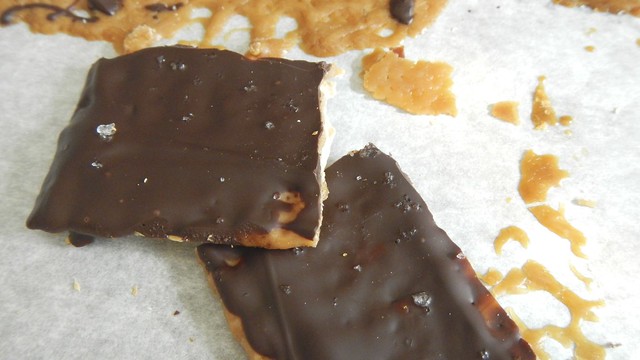 I needed something easy to make for a family shindig the night before Krystopf’s birthday party.  Having spent all day making his cake, the last thing I wanted to do was put in extra time on some other baked good.  This recipe is so easy that it’s a bit stupid.  I’ve had it before, usually at office parties and the like, and people always seem to refer to it as “crack” because of its addictive properties.  But I didn’t make the connection until I took my first bite of this chocolate-y, toffee-y, matzo-y crunchy goodness. 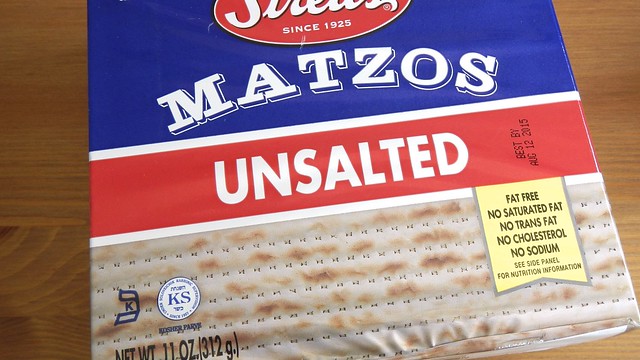 Preheat your oven to 375°F and line two baking sheets with parchment paper (this will make cleanup easier later).  Lay down a single layer of matzo (you can find this in the kosher section of your grocery store) on each baking sheet.  The original recipe calls for 4 1/2 sheets of matzo but I found I used 6 sheets to fill my pans.  You’ll likely need to break a few sheets to get them to fit. 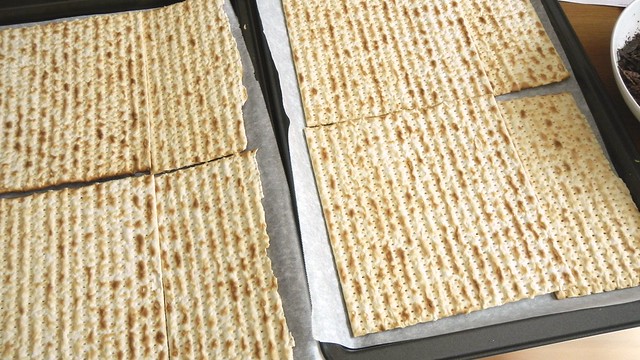 Finely chop up 7oz dark chocolate and set that aside. 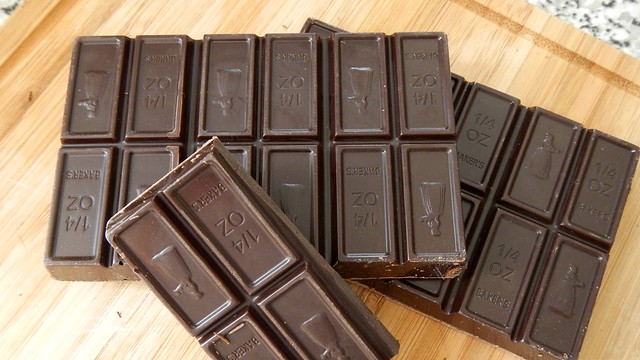 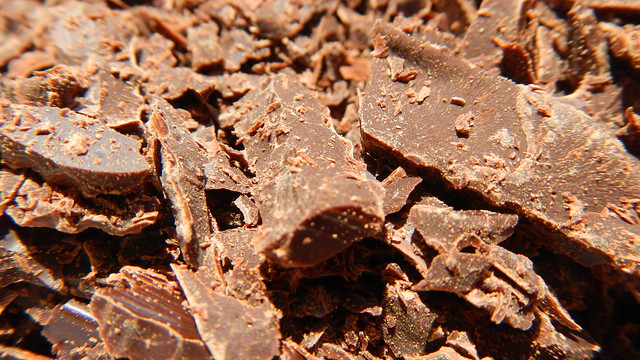 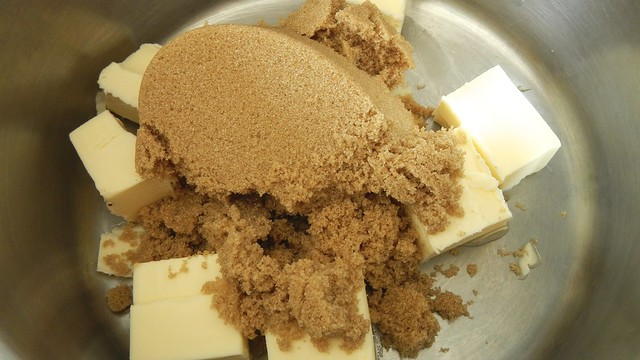 Heat on medium, stirring constantly, until the mixture has fully dissolved and begins to boil.  Keep stirring until it thickens and just starts to pull away from the sides of the pot, about 3 minutes. 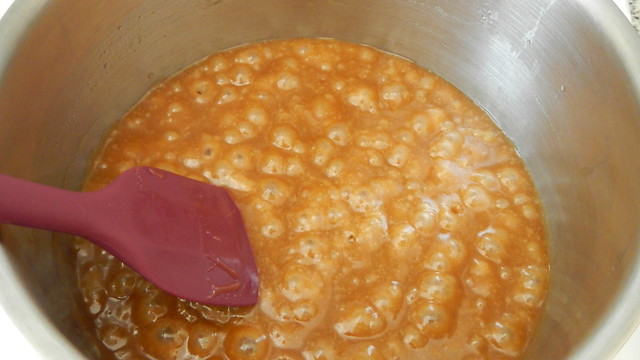 Spread the newly-minted toffee all over the matzo and shove it in the oven.  Immediately reduce the temperature to 350°F. 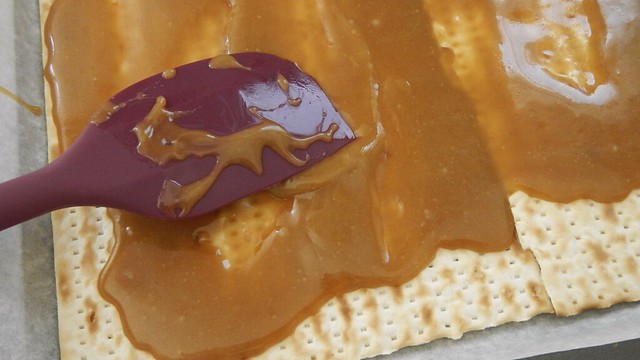 Bake for about 15 minutes, or until the toffee starts to turn brown and the bubbles start to look like they’re getting trapped in a solid layer of caramel.  If the toffee browns too fast at the edges and starts to burn, reduce your oven temperature to about 325°F instead. 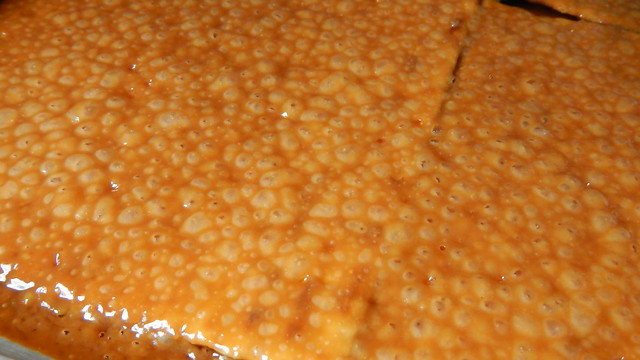 Remove the toffee matzo from the oven and sprinkle your chopped chocolate over top.  Leave it be for a few minutes to let it melt. 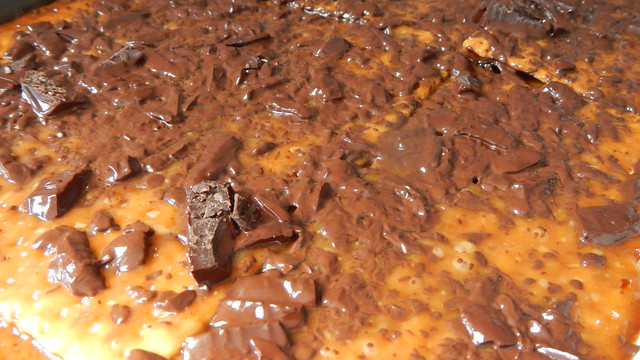 Then just spread it with a spatula. 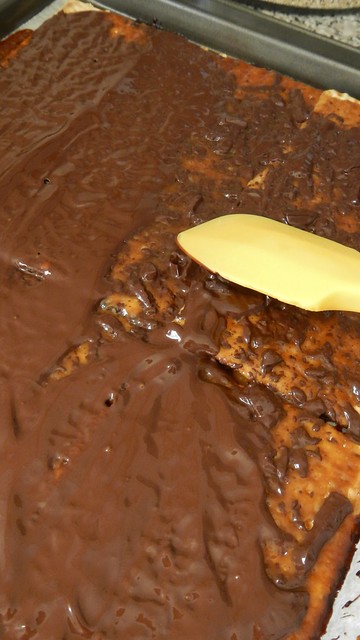 I loved how ridiculously simple this was — no melting chocolate separately and then spilling it everywhere in an attempt to pour — it’s already there, it’s already evenly distributed. 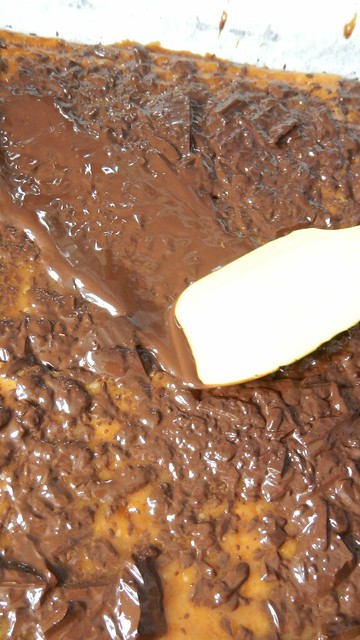 Then you can lick the spatula.  I won’t tell. 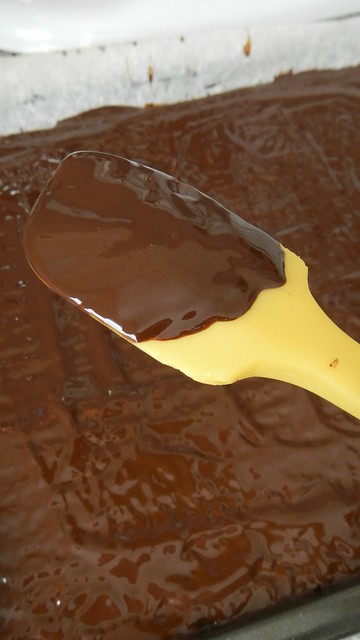 Let the chocolate cool a bit before sprinkling the whole thing with about 1 tablespoon fleur de sel (or some other coarse sea salt). 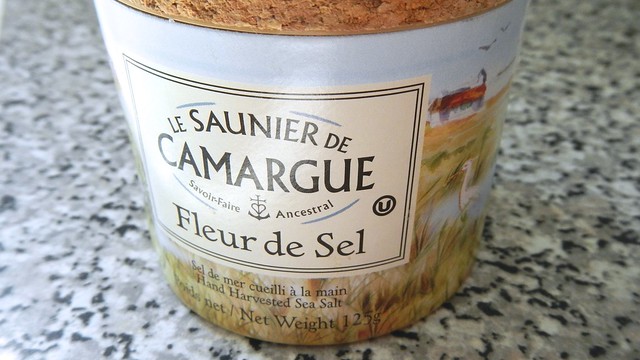 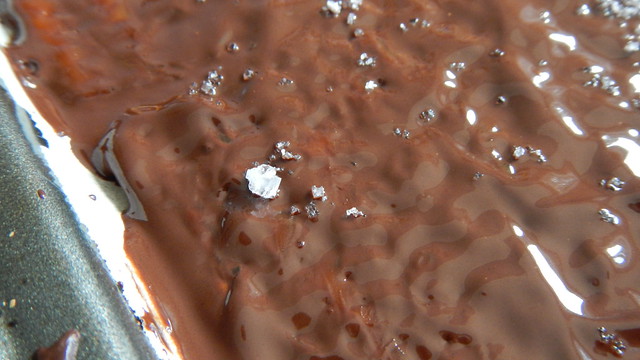 Allow the chocolate to fully harden for about 20-30 minutes.  I shoved mine in the fridge because it was about 30°C outside and nothing was going to harden any time soon. 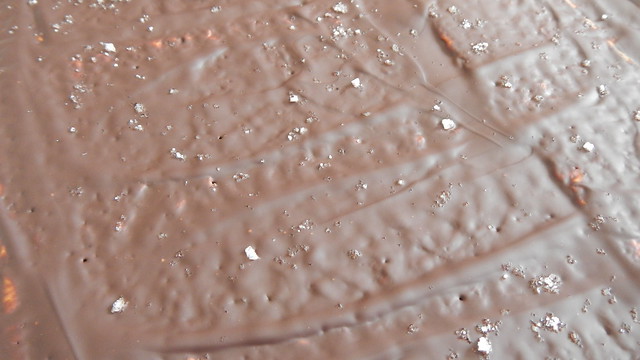 Use your hands or a large knife to break the matzo into smaller chunks. 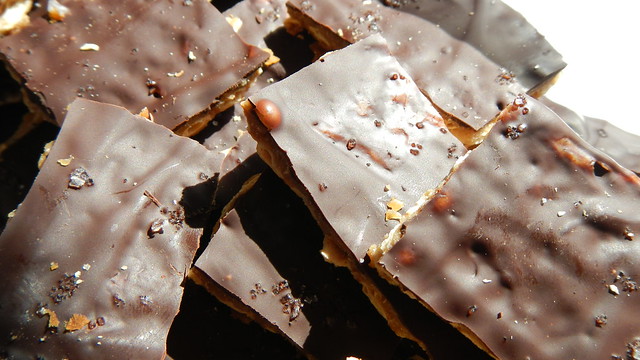 This fed a family of twelve as an addition to another dessert.  And I don’t know how well it keeps because it was all gone in seconds. 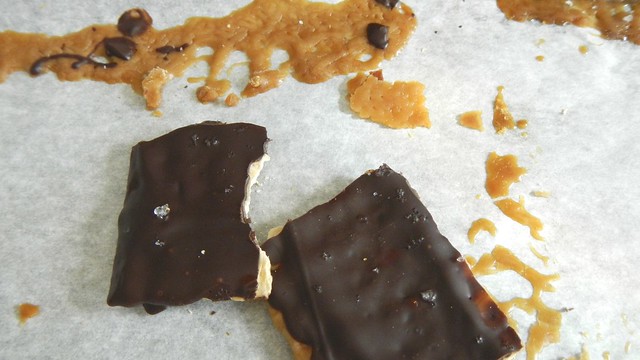