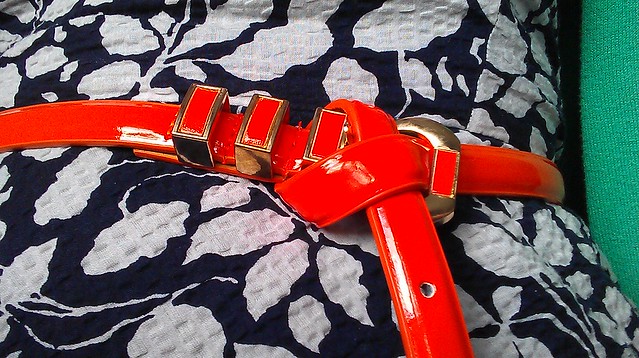 So apparently this is a thing in fashion magazines, or so Chelle tells me.  I guess I accidentally became a fashion maven.  That’s not gonna last long. 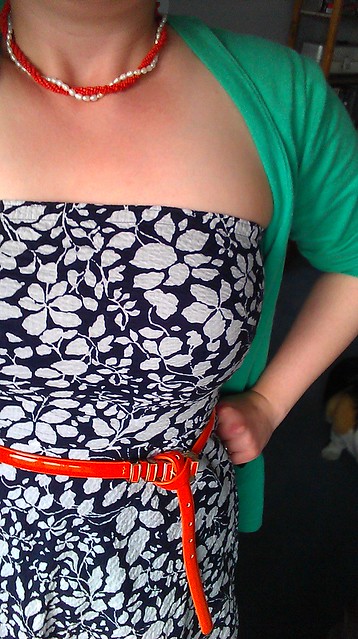 Anyway, last week I had to head in to work for a meeting (the fateful one that brought the advent of the Oatmeal Scotchies) and the careful outfit I’d laid out the night before had one major flaw: my super cute orange belt that I bought because it was “one-size” was WAY too big.  This is not normally a problem for me — usually it’s the opposite.

I was in too much of a hurry to re-coordinate my wardrobe, having already wound my favourite orange necklace around my grandmother’s pearls and I was running late, so I cinched the belt up and then looped it around itself, Game of Thrones / medieval styles. 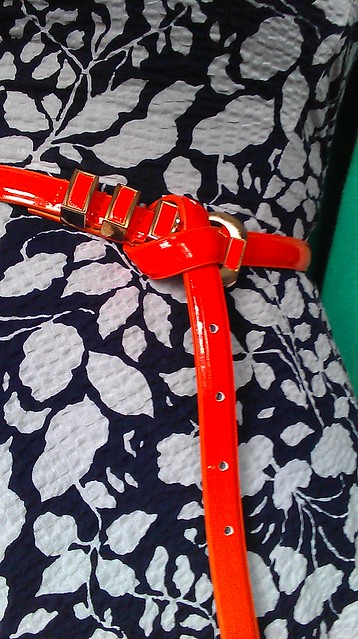 It held up all day and I am super pleased with it.  Cait said she was going to steal the idea and pass it off as her own, so if you see her, tell her I’m on to her …

You’re unlikely to see too many of these fashion-y DIYs on Ali Does It so be thankful that this is the end of it for today.