When we found out we were moving to an apartment with wall-to-wall carpeting, we knew it was going to present some challenges as pet owners.   Gren has a magical gift for finding all the rugs in the house as he’s about to throw up.

So in preparation for this, I went out and purchased a compact carpet cleaner.  In this case, I did my research, read the reviews, and ended up with a Bissell SpotBot Pet Portable Deep Cleaner.  I left it in its box and shoved it in the basement for the time being. 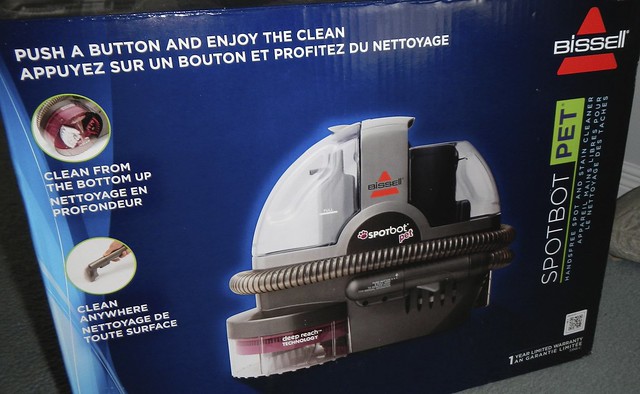 Then, about a week into living in the house, Gren managed to throw up THREE TIMES in the middle of the night.  Conveniently he threw up next to one pile, so it was easy to find. 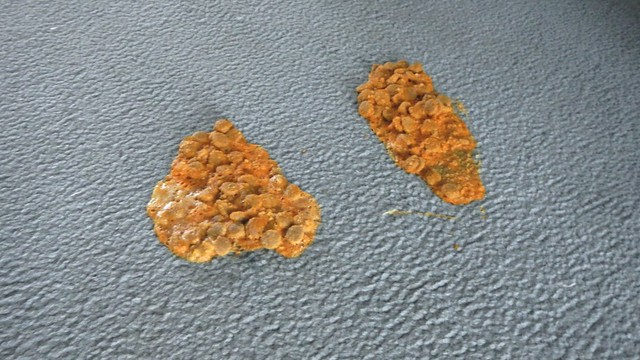 Fortunately, I had the machine.  It was easy to unpack and ready to go almost right away. 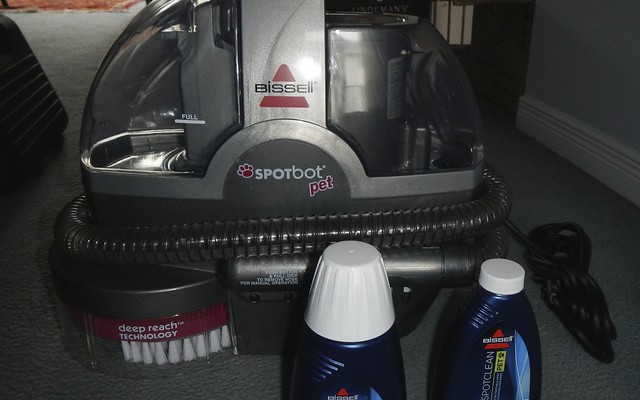 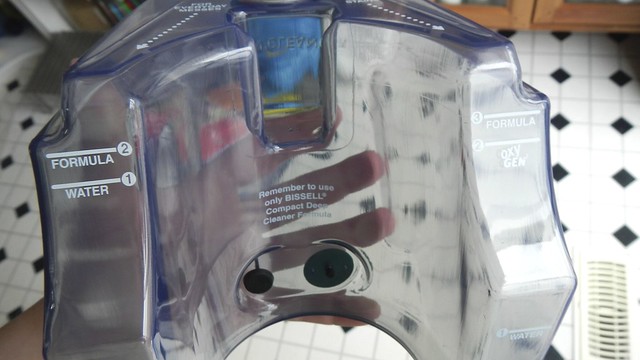 Remember to remove the solid bits of whatever you’re cleaning up before you use one of these suckers. 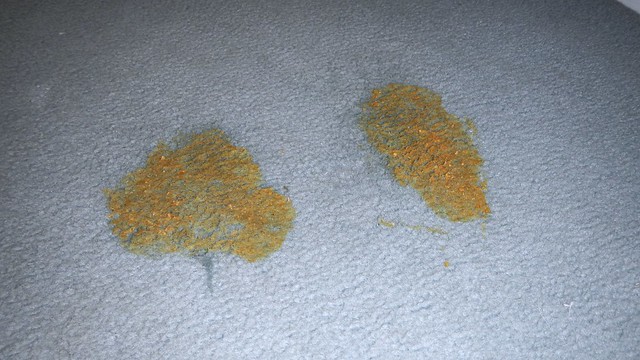 Then I just placed it on the spot and hit the set-in stain button and six minutes later it was done! 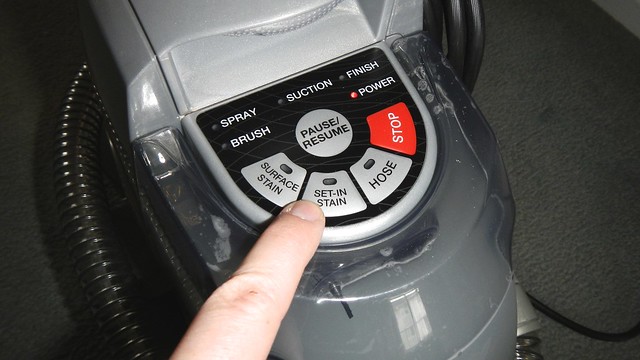 It does all the work itself, which is nifty.  It’s about as loud as a vacuum cleaner. 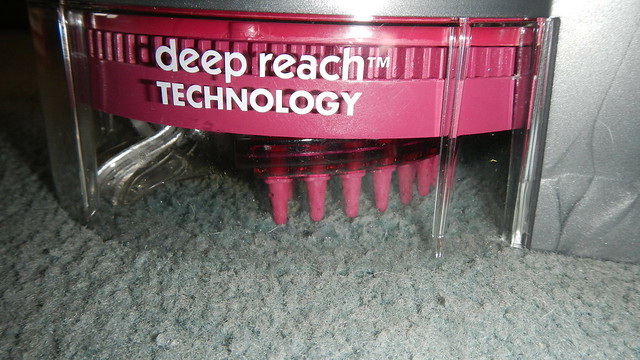 So of course Gren was not amused. 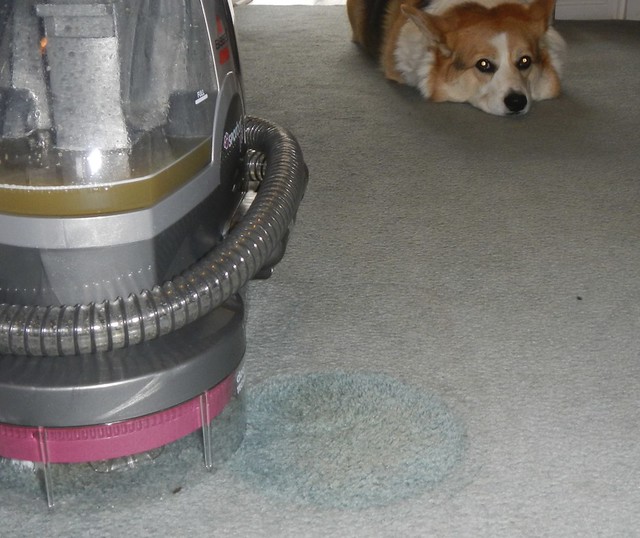 In the first setting I used the set-in-stain function without the Oxy-clean booster that it recommended, so you can see there’s a bit of orangeness left.  I went over it again with the Oxy-boost and I’ll show you that a bit later. 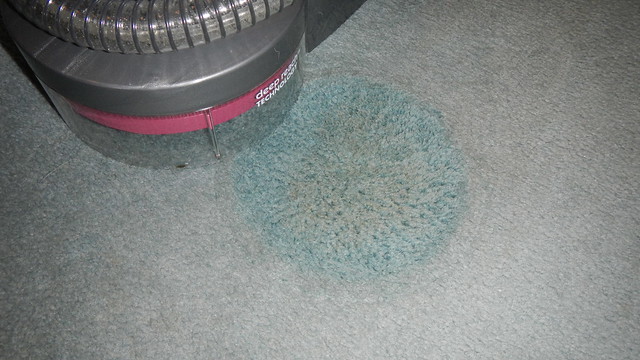 It even worked out famously on my antique hand-made throw rug.  The bristles are soft enough that they did no damage to its already threadbare surface.  Rugs like this are meant to be lived on hard (they often serve as floors, walls, and roofs in certain groups), so I wasn’t too concerned, but it’s nice to know that I can use this thing everywhere. 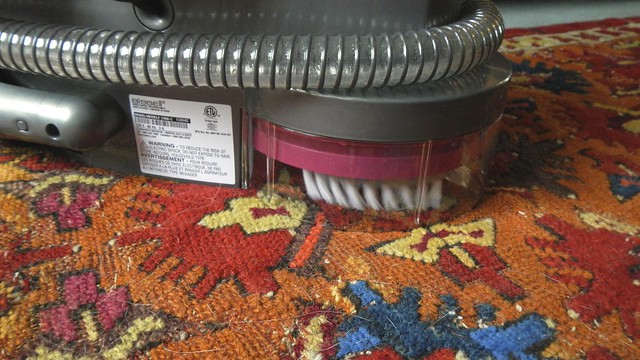 I used the sit-and-clean function four times before I ran out of fluid, which was better than I had expected.  That orange goo on the left is the waste water, which was really easy to empty out and clean up after. 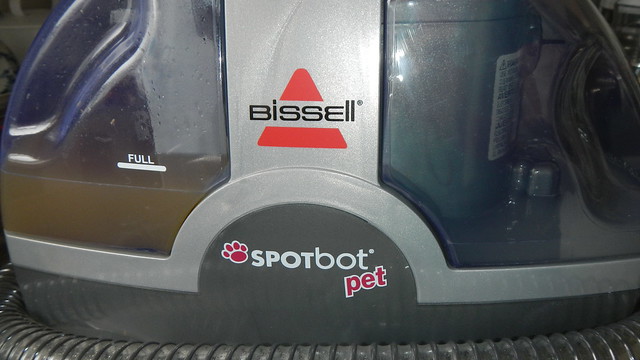 Here I used the manual hose with the Oxy-boost stuff.  Again, it was really easy. 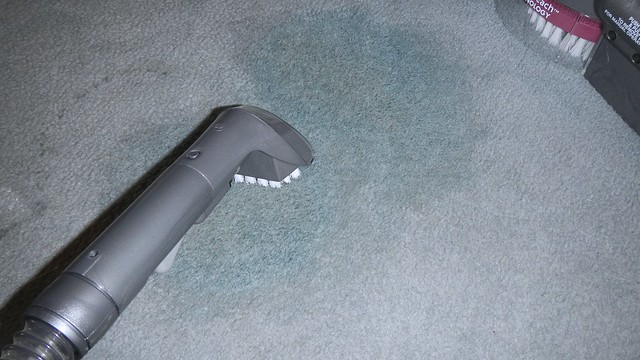 The Oxy stuff continues to work for several hours after you’re done (it contains hydrogen peroxide). 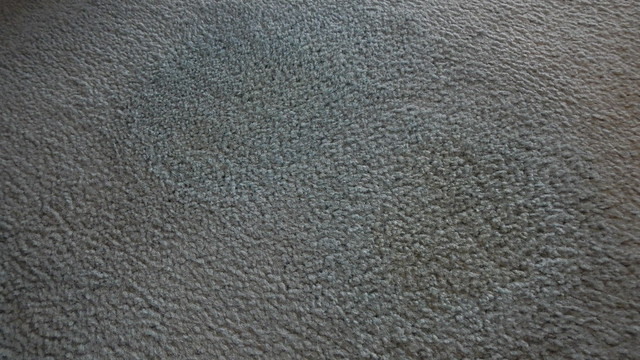 The previous tenants were supposed to have the carpets cleaned before they left but apparently they didn’t.  The spots I cleaned with the SpotBot not only got rid of the mess, but also left an extra clean circle around the old mess. 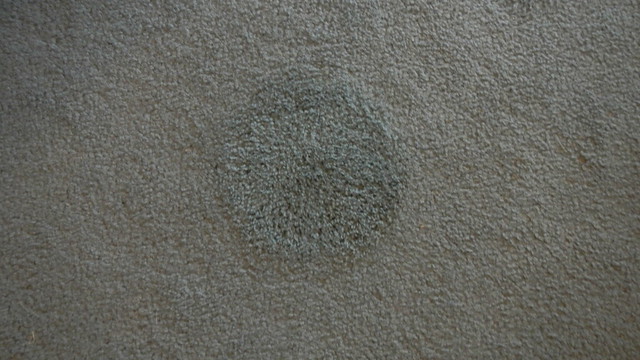 I guess that means I’m going to have to borrow Cait’s large carpet cleaner and do the whole house so everything will match again.  The SpotBot did do a nice number on those weird rust spots in the living room though. 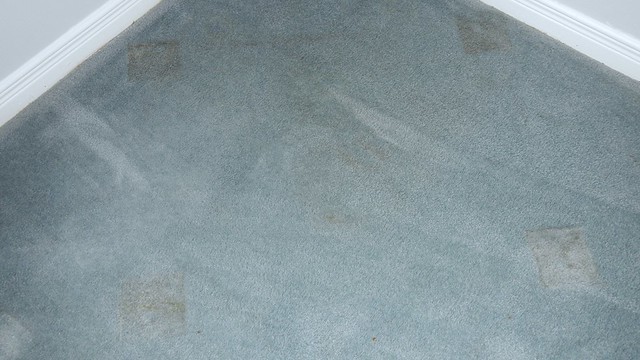 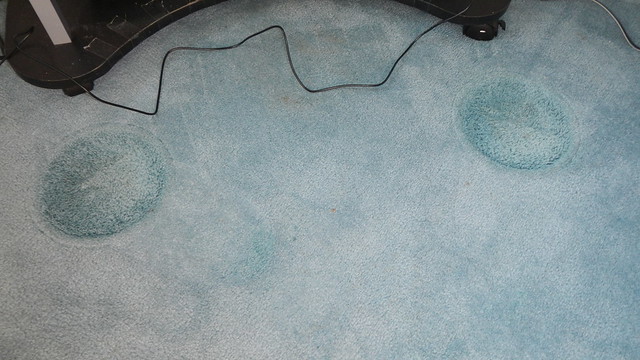