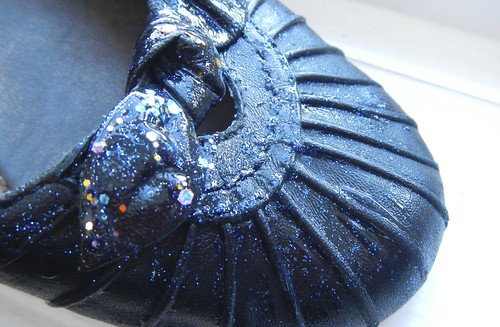 I bought these flats at a strange and yet totally awesome shoe store called Urban Shoe in Gander, Newfoundland, on a completely bizarre road trip with my parents in October of 2008.  I then proceeded to wear them to death for the next five years.  While the shoes themselves are still structurally sound, and will likely survive the next nuclear apocalypse because they’re quite well made, the leather is scuffed and scruffy, and I have since had to replace them with another pair of go-to leather flats I can wear to work.  But I’ve been loath to throw them out, so they’ve languished in my closet. 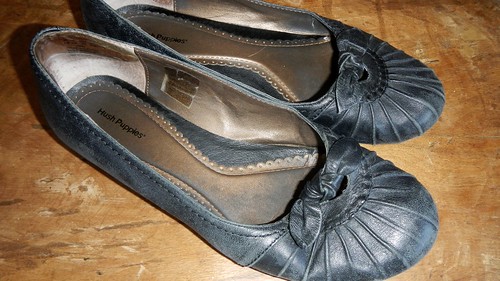 Then I found this glitter paint at Dollarama and I figured, hey, why not?  It’s not like I have anything to lose, right?  I also had some glitter glue left over from Cait’s and my failed experiment with bouncy balls. 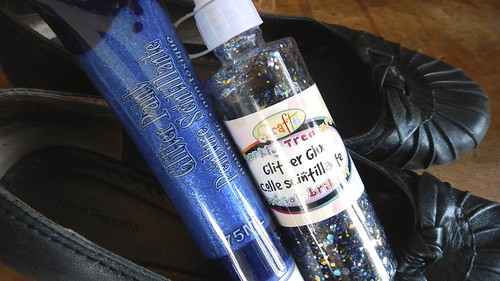 I put a bit of painter’s tape over the heel and got to work with a paintbrush. 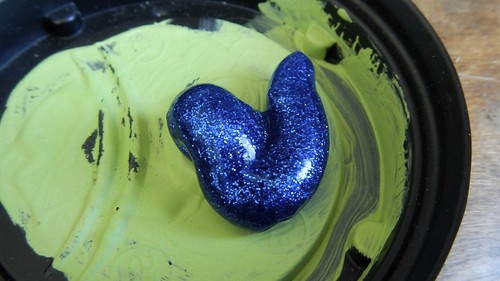 I knew that paint would get all over the place, but I figured most of it would come off again after a while.  The heel was just a larger part where I wanted to limit the paint’s access. 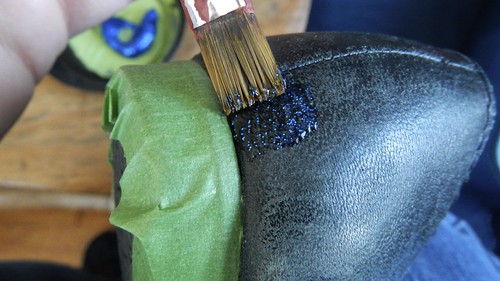 I dabbed the sparkle glue on the bow, for variety. 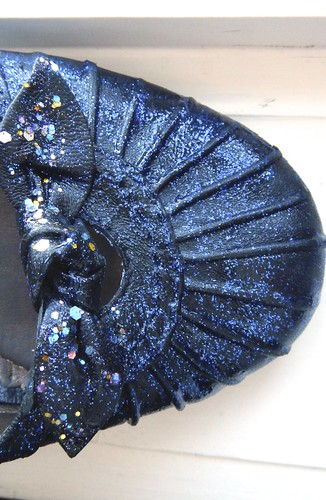 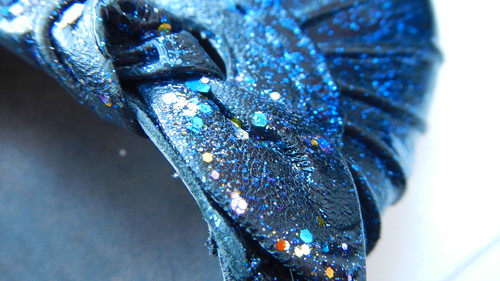 This is four coats of glitter paint in.  I think I’m happy with it. 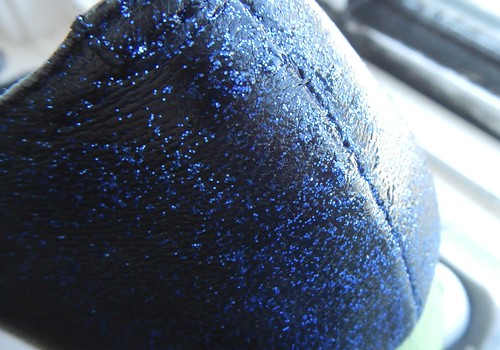 I used Mod Podge gloss finish as a shiny top coat and sealer.  I’m not sure how long they’ll hold up to regular wear (I pretty much only wear them in the office and maybe two and from the car), but I like the facelift, even if it’s only temporary. 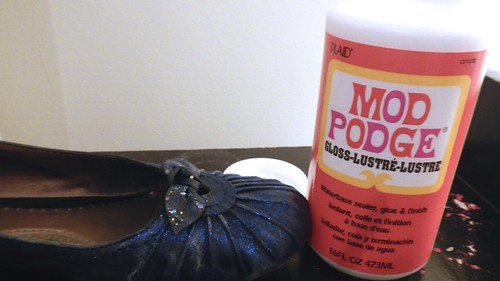 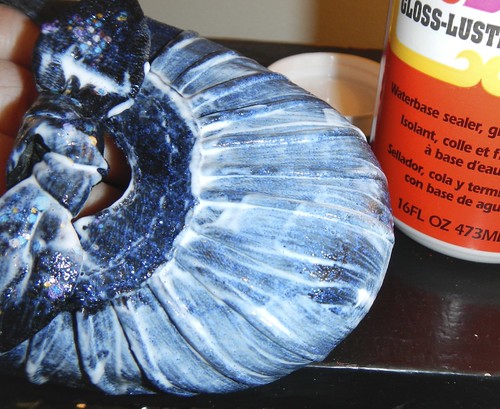 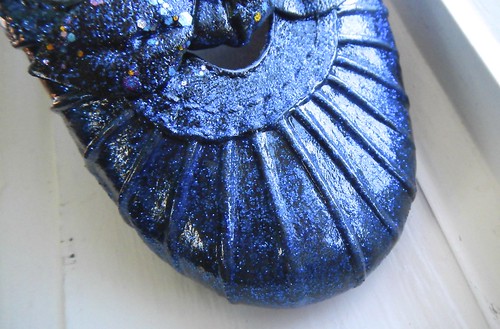 They did crack a bit along some pre-existing creases on the side but it’s not that noticeable.